Beside the breathtaking cruise ride in the evening, what else in Budapest?

Budapest was an interesting city. Even though I felt like we saw a lot today, I still think we just scratched the surface of what Budapest has to offer. 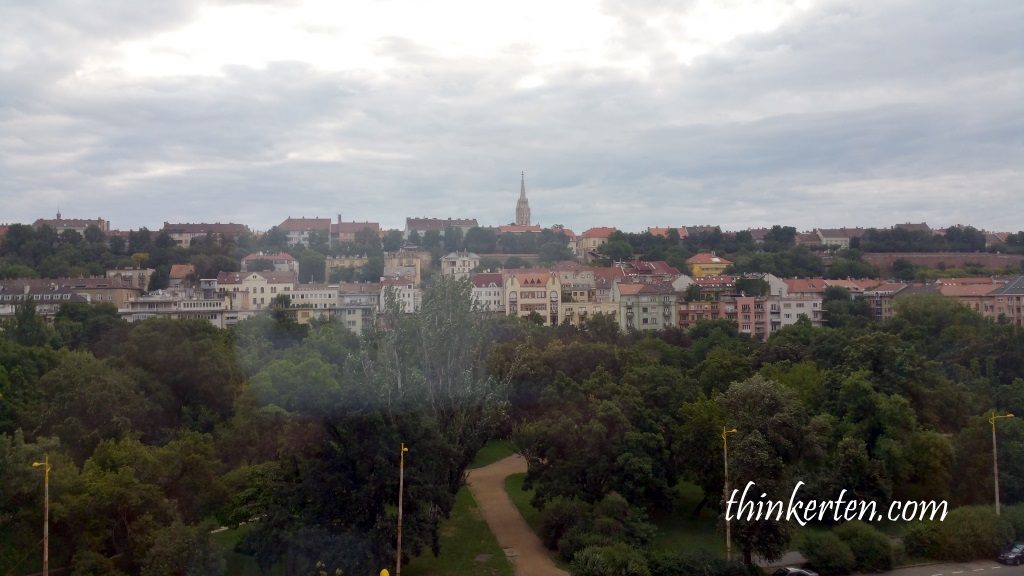 This is one of the major Square in Budapest.  It was surrounded by two important buildings, Museum of Fine Arts on the left and Palace of Art.

Museum of Fine Arts is a museum with an exquisite collection of European art, housed in a monumental classical building.  It was closed for renovation when we visited and it will only resume operating in Mar 2018.  You can see there is fence blocking visitors from entering the premises.

The Palace of Arts Museum is a temporary Arts Museum.    Both of the museums are located in Hero Square. 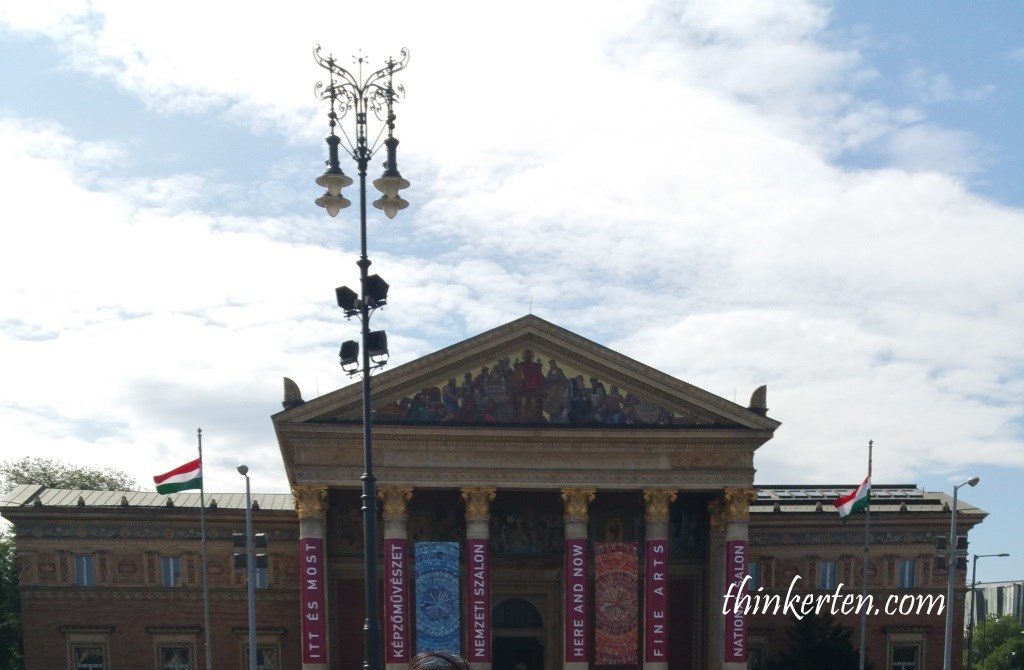 The top is a statue of the archangel Gabriel.  Behind the column is a semicircular colonnade with statues of famous men who made their mark on Hungarian history.  Statues atop the colonnades symbolize War, Peace, Work and Welfare, and Knowledge and Glory.  Not very clear in the below picture. 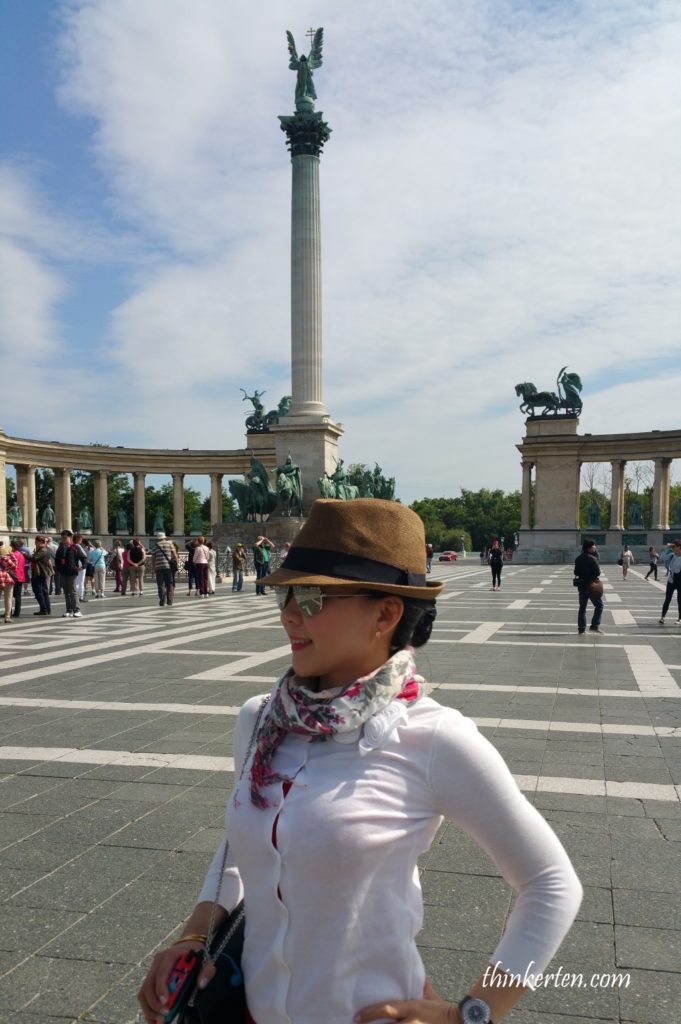 Coincidentally there was a group of dancers having some photography session when we arrived at the Hero Square.  The bright colors of their costume make a great contrast in the picture.

Hero Square is also a place to gather for the local if some political demonstration is going on. 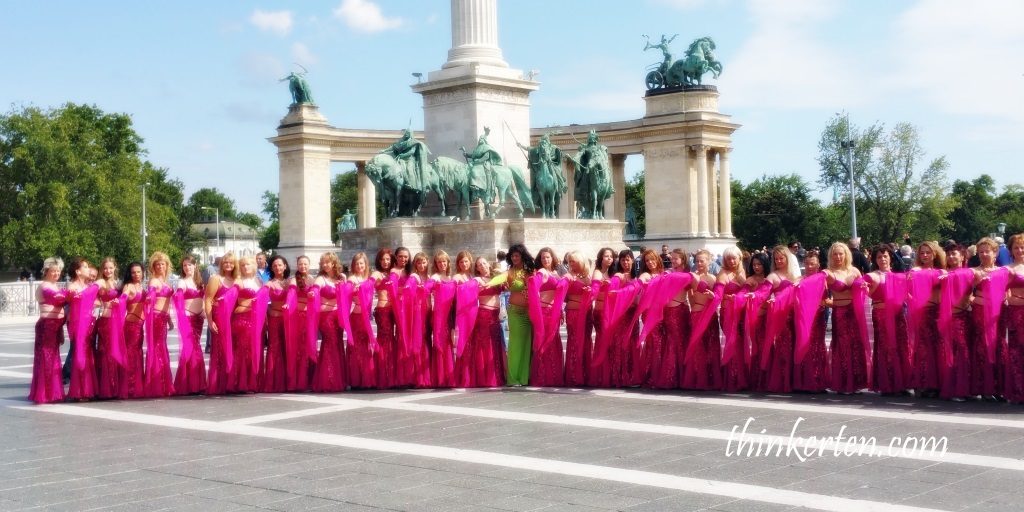 Two cities merges into one, Buda and Pest.  Pest is on the left side in the picture where the Parliament Building is located.

Chain bridge spans the river Danube and connects Buda to Pest, the two cities and make one Budapest.

If you are a fan of Katy Perry, then you will know in Katy Perry’s music video “Firework”, it is featured at the beginning! 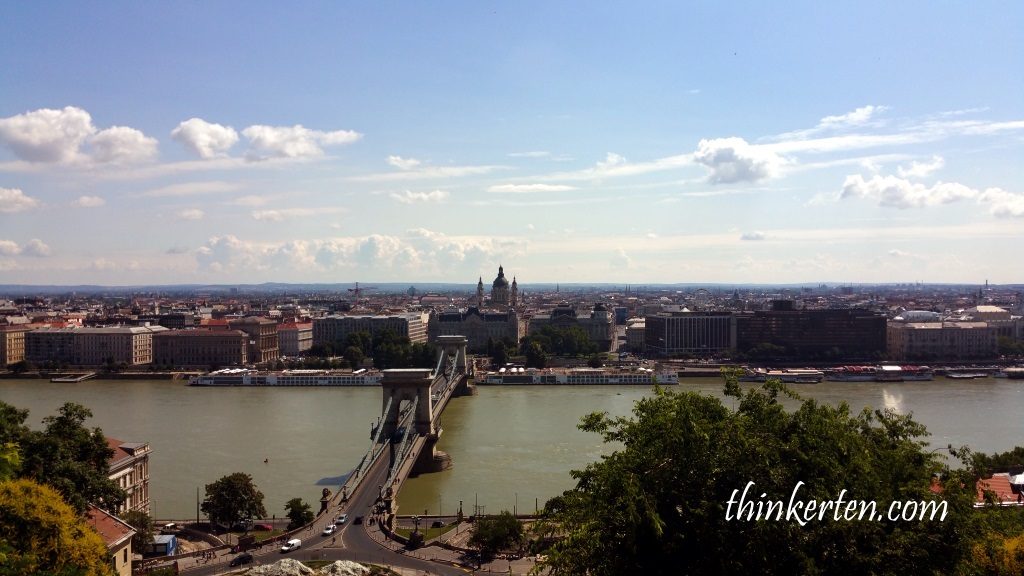 Funicular is the coolest way to climb up Castle Hill.  It was first built in 1870, the Funicular provides the commanding views of Budapest city.
The funicular was totally destroyed during World War 2 and for reopen again in 1986.  It has two 24 person trolley-style cars which easily climbs up the 48% incline slope. 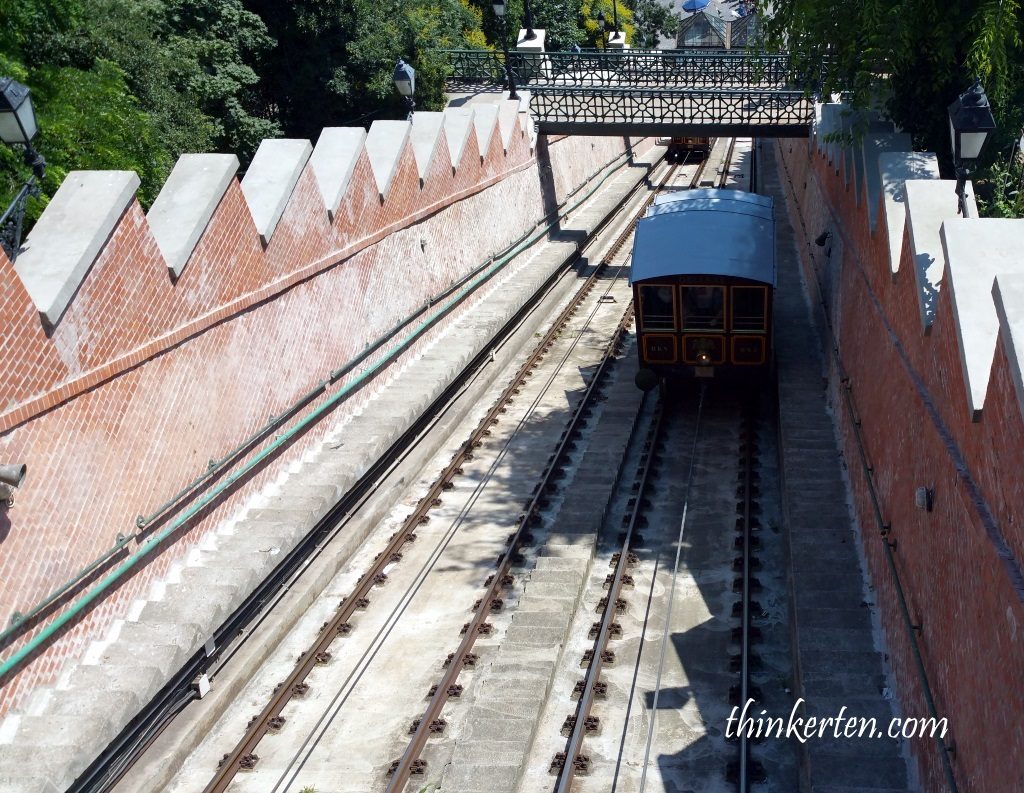 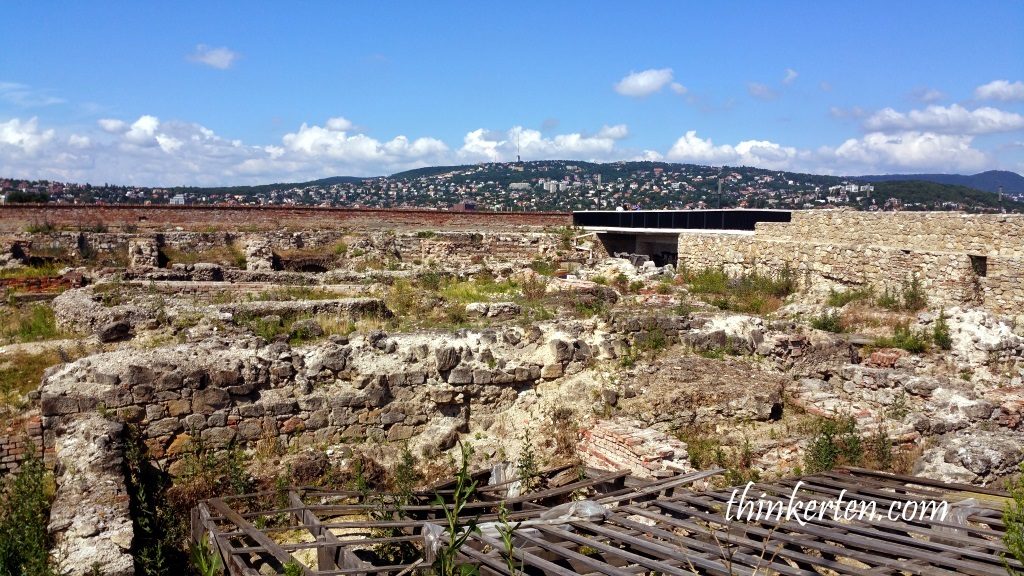 Buda Castle is the historical castle and palace complex of the Hungarian kings in Budapest, it was also called as Royal Castle and Royal Palace.

It is also known as Buda Castle and it was at the Buda side.  It was built in the southern tip of the Castle Hill. 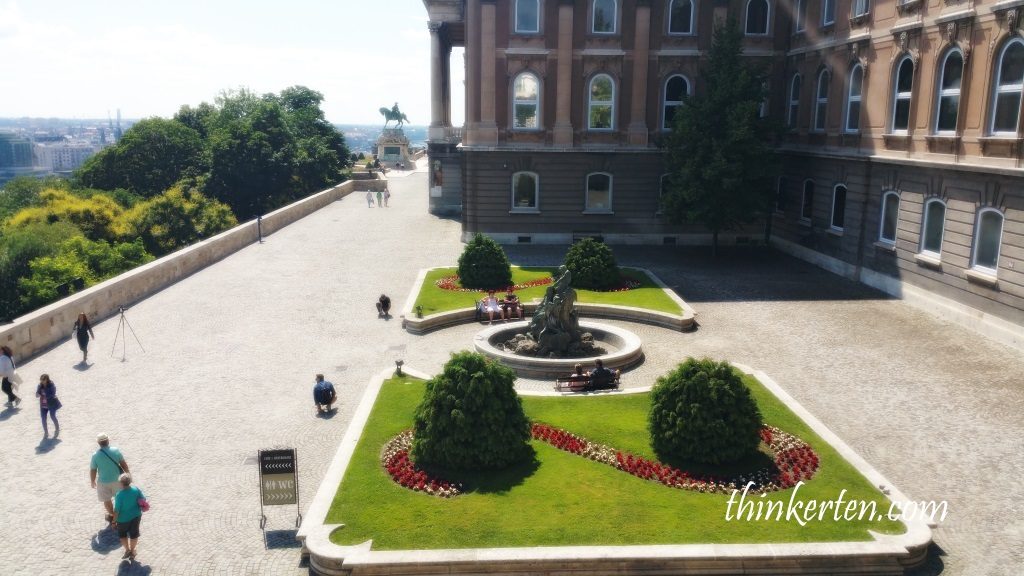 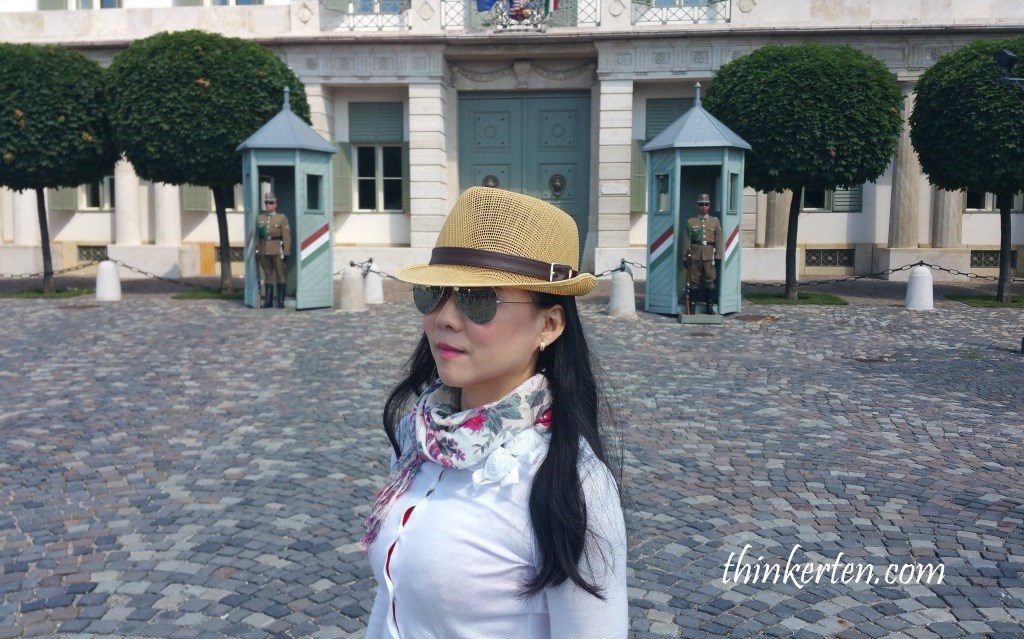 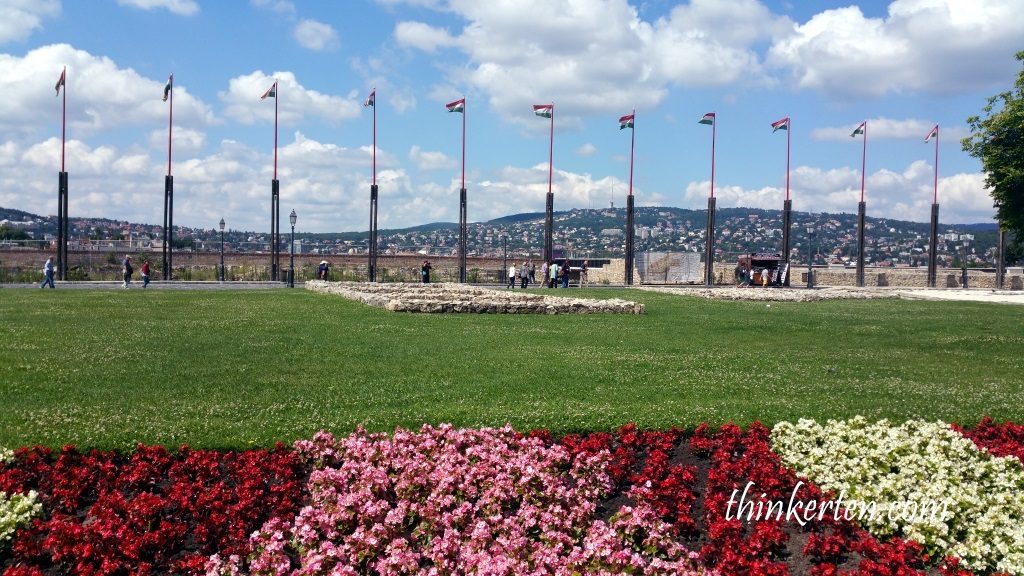 Beethoven performed here in 1800. The concert hall is part of the palace castle complex on the Buda side of the Danube River. 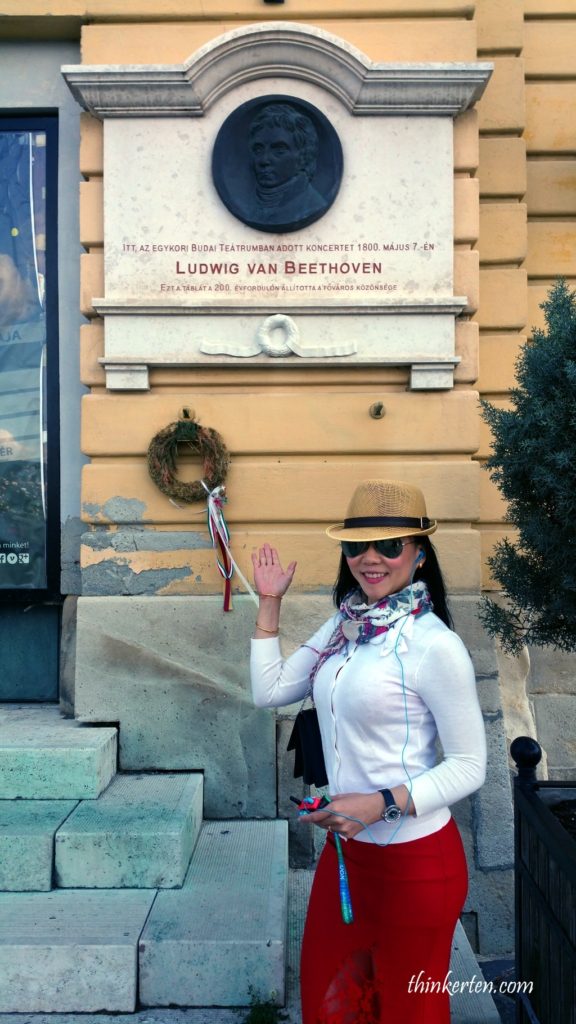 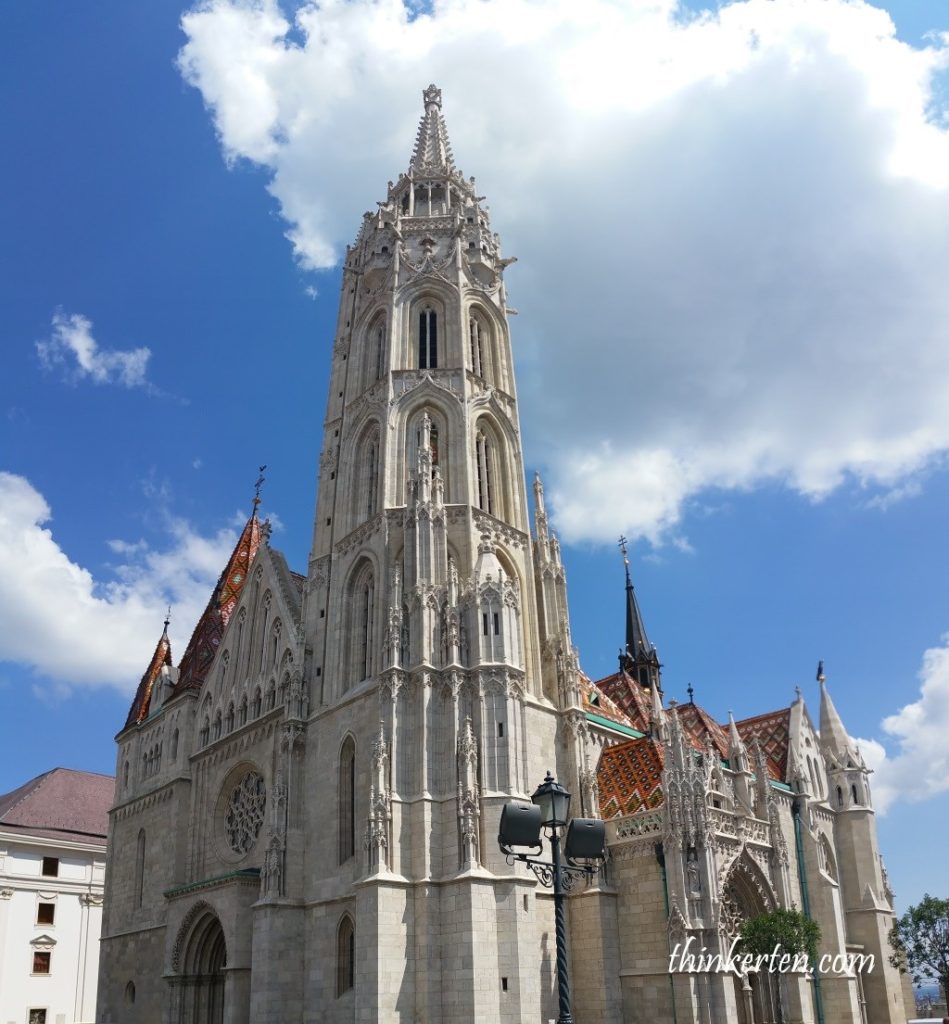 Matthias Church is a Roman Catholic church located in front of the Fisherman’s Bastion at the heart of Buda’s Castle District.  The Church was first built by the first King of Hungary, King Stephen but then later was destroyed by the Mongols. Later it was named after King Matthias in 19th century who held two of his weddings there. 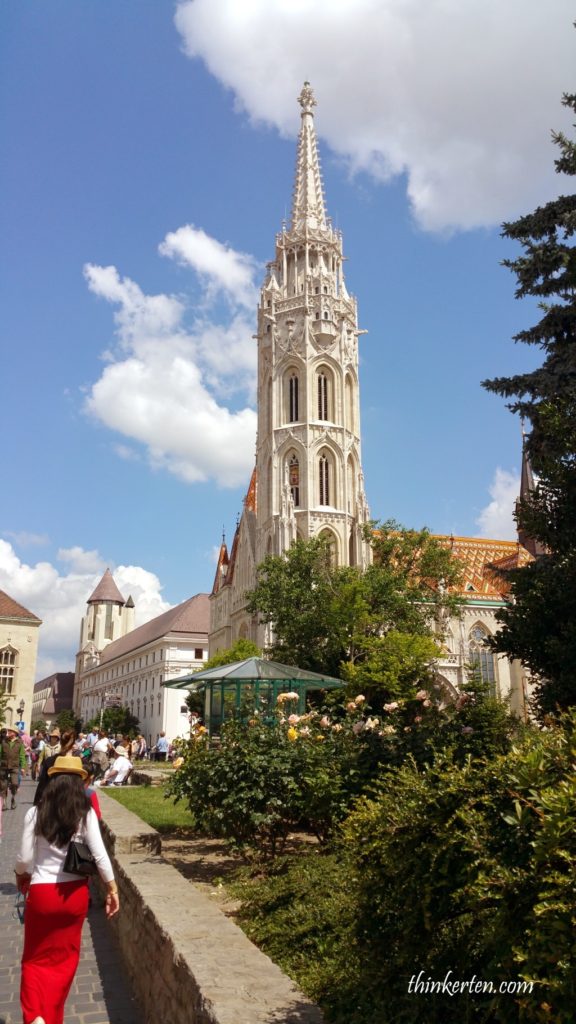 There are also classical concerts held in the Matthias Church! 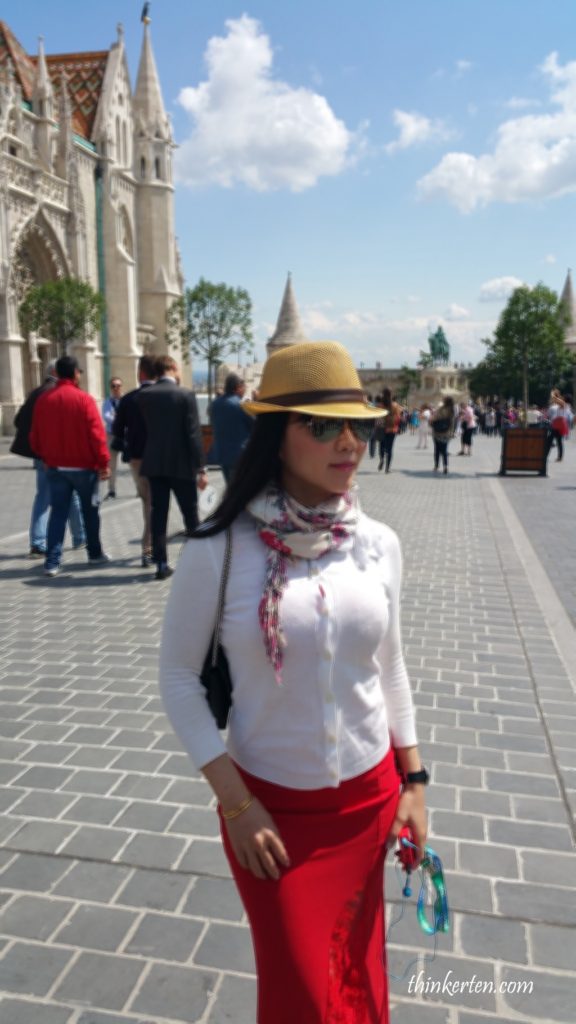 The famous Statue of St. Stephen in Budapest.  St Stephen is the first King of Hungary.  The pedestal and the statue of St Stephen look grand from afar and near. 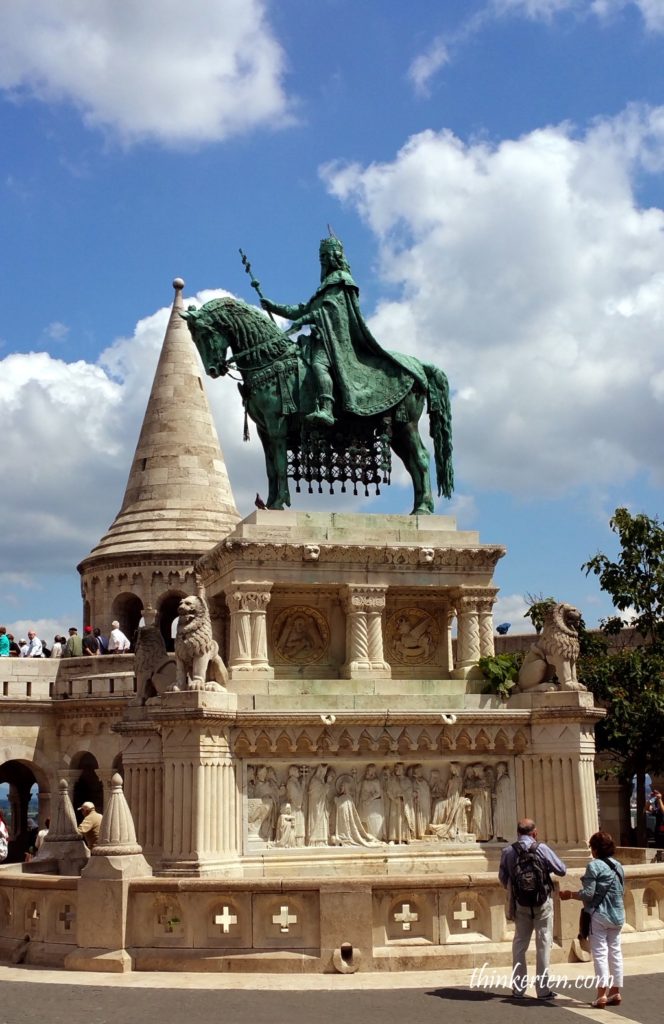 Plenty of European architecture for us to enjoy in Castle Hill.

Fisherman Bastion is a famous lookout area and it was built to commemorate the fishermen who protected this part of the city. 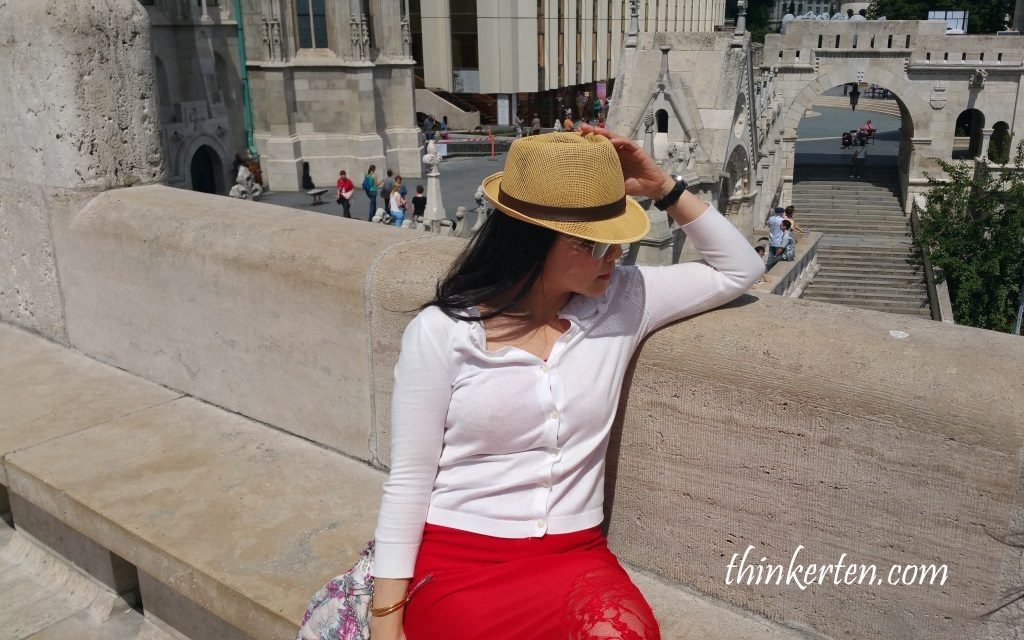 You can see the Budapest Parliament Building and Danube River and the beautiful Pest side of the Budapest city.  This place offer outstanding viewpoint and beautiful architecture. 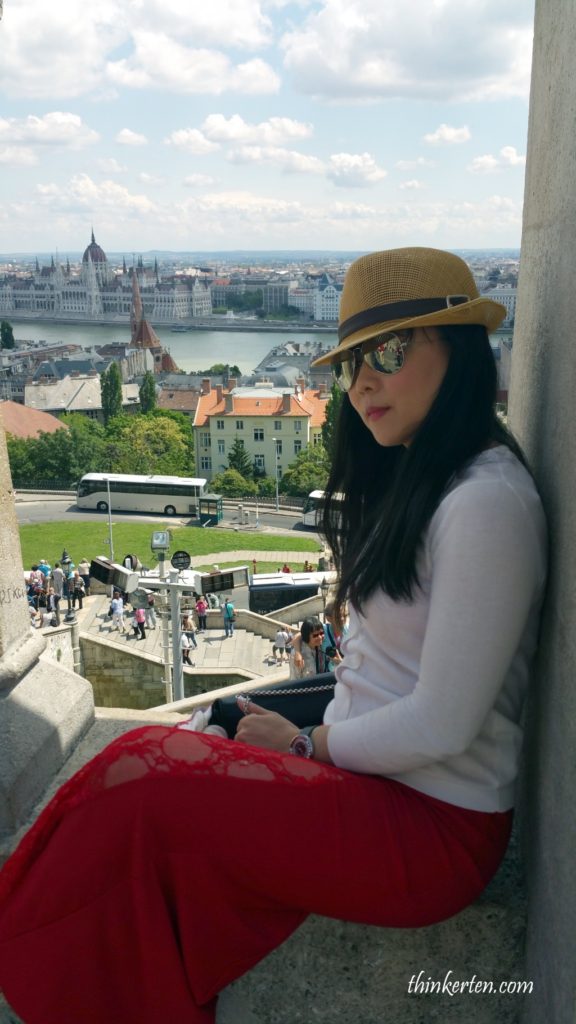 This is also a great place to explore “Buda” side.  The Castle Hill is really old but well maintained.  Lots of cobblestones to walk on so a pair of comfy shoes would make your life easier. 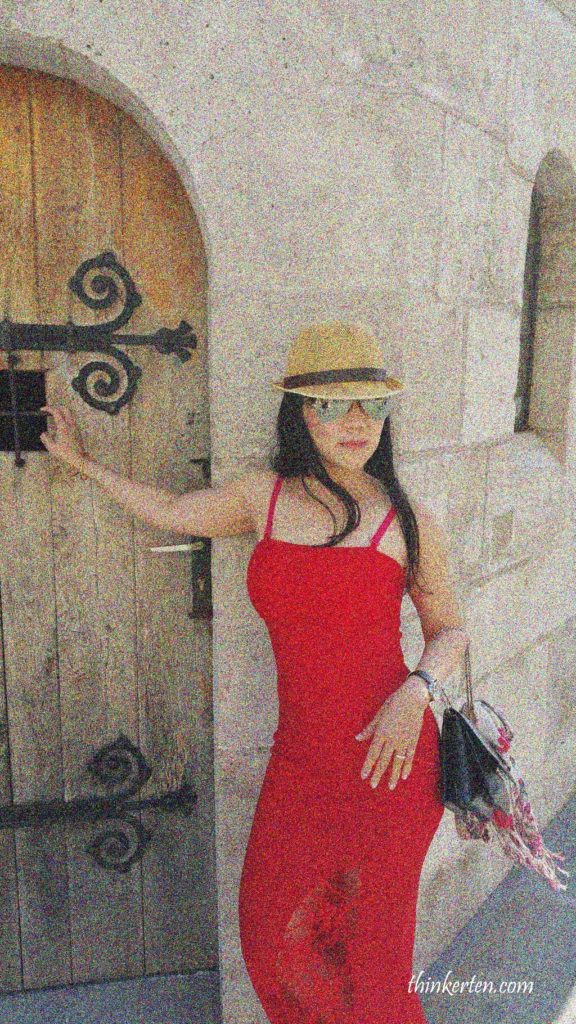 Gellert Hill is a 235 m high hill overlooking the Danube in Budapest. Gellert Hill was named after Saint Gerard, Hungary’s first missionary who was thrown to death from the hill.

A great view to see Budapest city and the Danube river from the top of the hill.  Long time ago, this hill was for growing grapes for winery but nowadays this place is an affluent residential area.

After some shopping in the city of Budapest, we walked for a short distance to St. Stephen’s Basilica, it was the sixth largest church building in Hungary before 1920.  The name is also called after the first King of Hungary, St. Stephen.

This is the most important church building in Hungary, one of the most significant tourist attractions and the third highest church in Hungary. 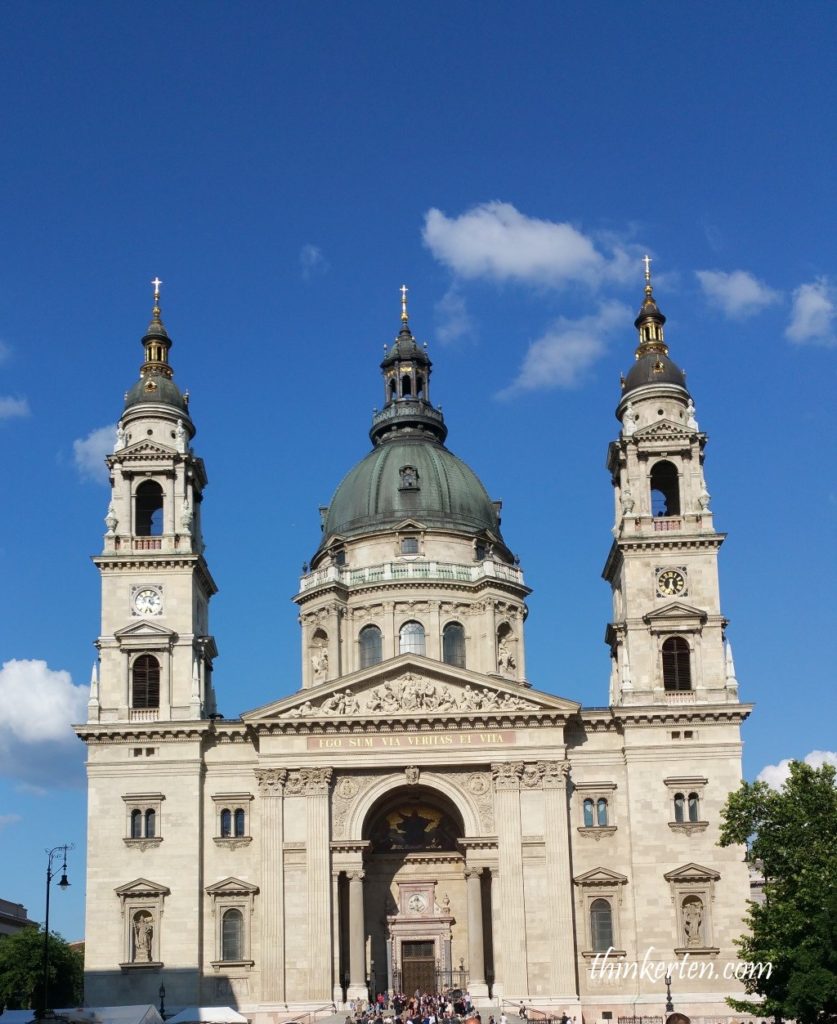 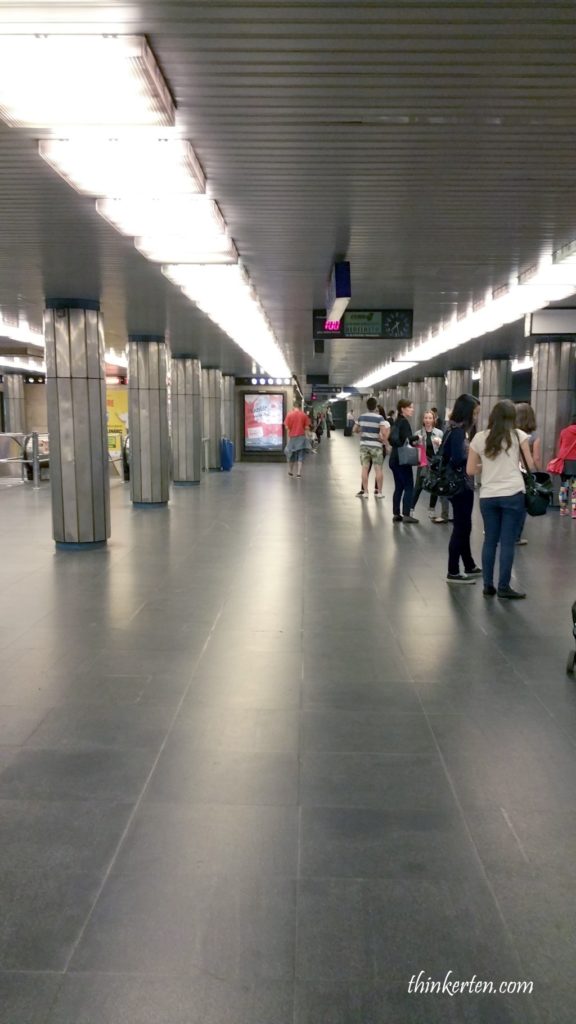 The number of lines only 4 and the system is mostly underground.  We catch the metro to one of the shopping mall to do more shopping. 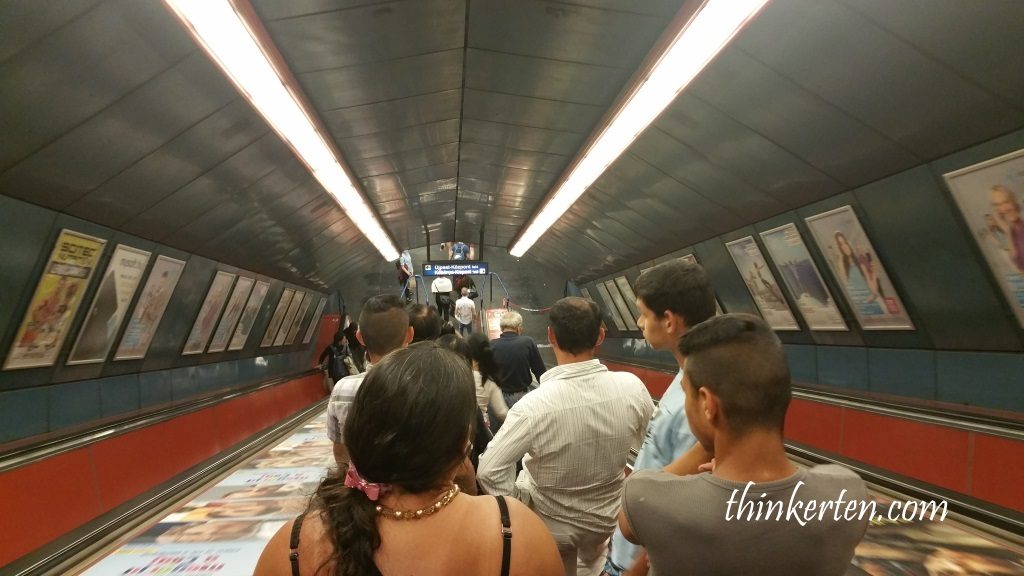