One of the must-have dishes in Spain is Paella beside tapas, but where is the best city to taste the authentic paella dish? The answer is Valencia city, located on Spain’s southeastern coast also the third-largest city in Spain after Madrid and Barcelona. Don’t try to eat paella elsewhere as you may just get served by the frozen rice and reheat for you in the microwave.

Paella birthplace is in Albufera lagoon on the east coast of Spain, adjacent to the city of Valencia,  about 11 km south of Valencia.  Paella is a Valencian rice dish.

I first tasted paella (seafood version) in a Spanish restaurant with some Japanese friends in Sydney. The second occasion was at a friend’s house, she made home-cooked chicken paella for me.  During my visit to Valencia, we tasted the paella in Palace Fesol restaurant, situated in a key commercial and financial area of Valencia. 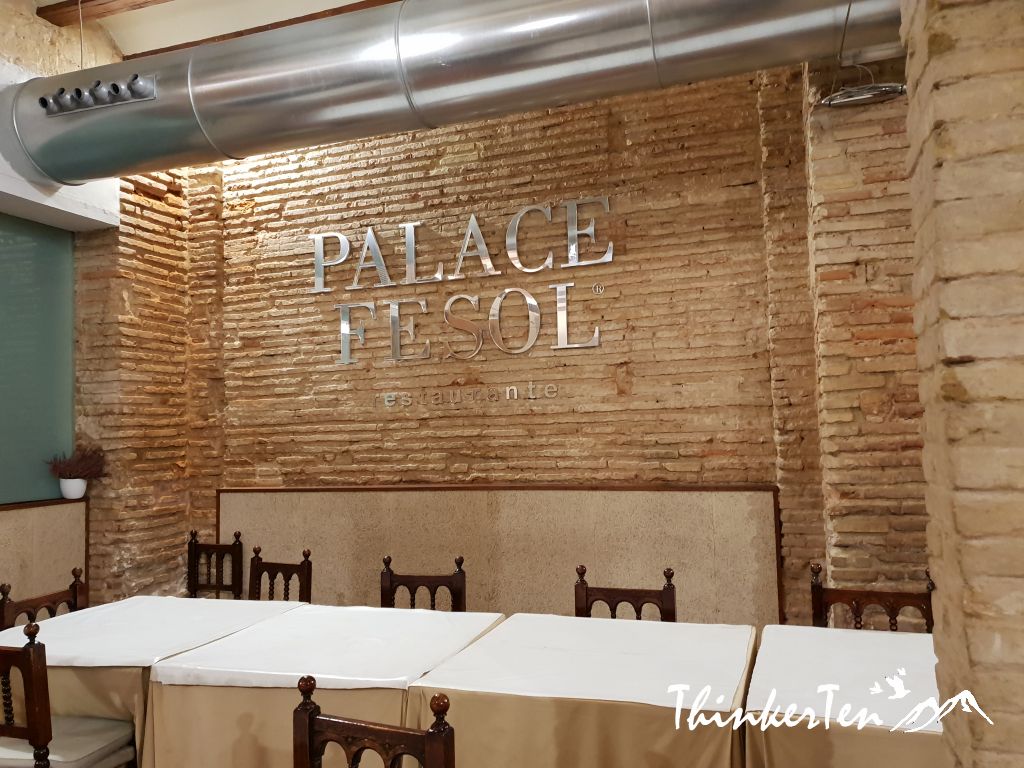 It was said that Moors introduced rice over thousands of years ago to Valencia and it became the largest natural ports in the Mediterranean and also an important rice-producing area in Spain. Farmer cooked rice with whatever they have on the farm, traditionally the meat used are rabbit meat, snails, duck or chicken with some veggies (beans) in the pan. Everyone in the household eats it from the big pan with their individual wooden spoon. Nowadays seafood paella is more popular and the good thing is Valencia has a lot of seafood as it is situated on the coast. 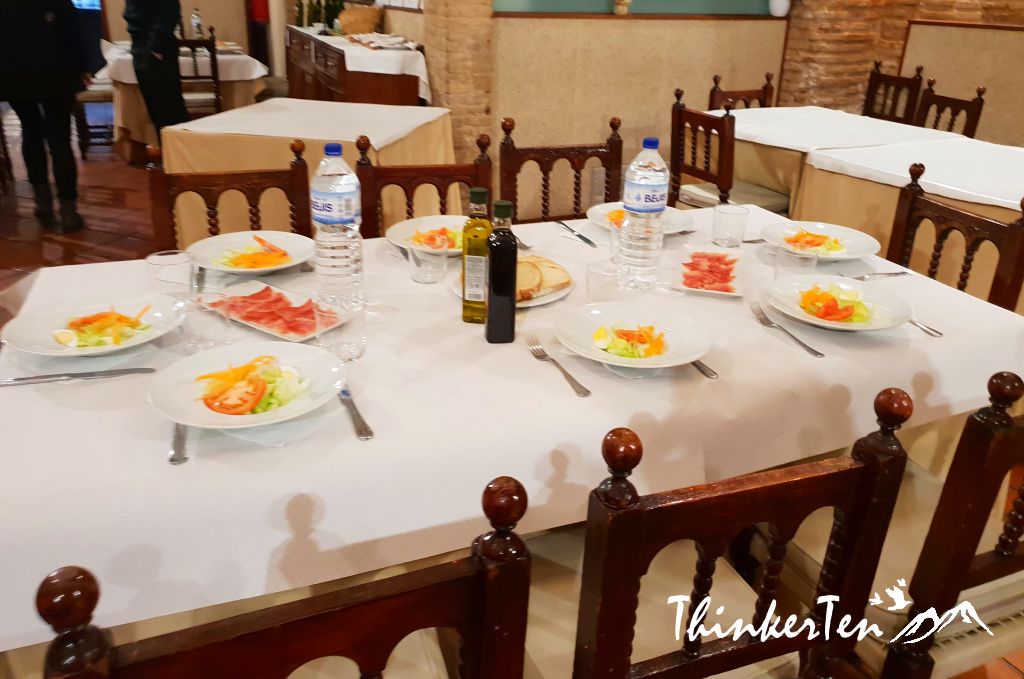 There are different type of paella, the most popular is the seafood paella which includes squids, mussels & prawn with rice. However, they are also chicken, pork or vegetarian paella. The rice looks yellowish because saffron spice was used to turn the original rice color into golden yellowish color.  The seafood paella usually omits beans and green vegetables. All type of paella uses olive oil which can be found abundant here in Spain. 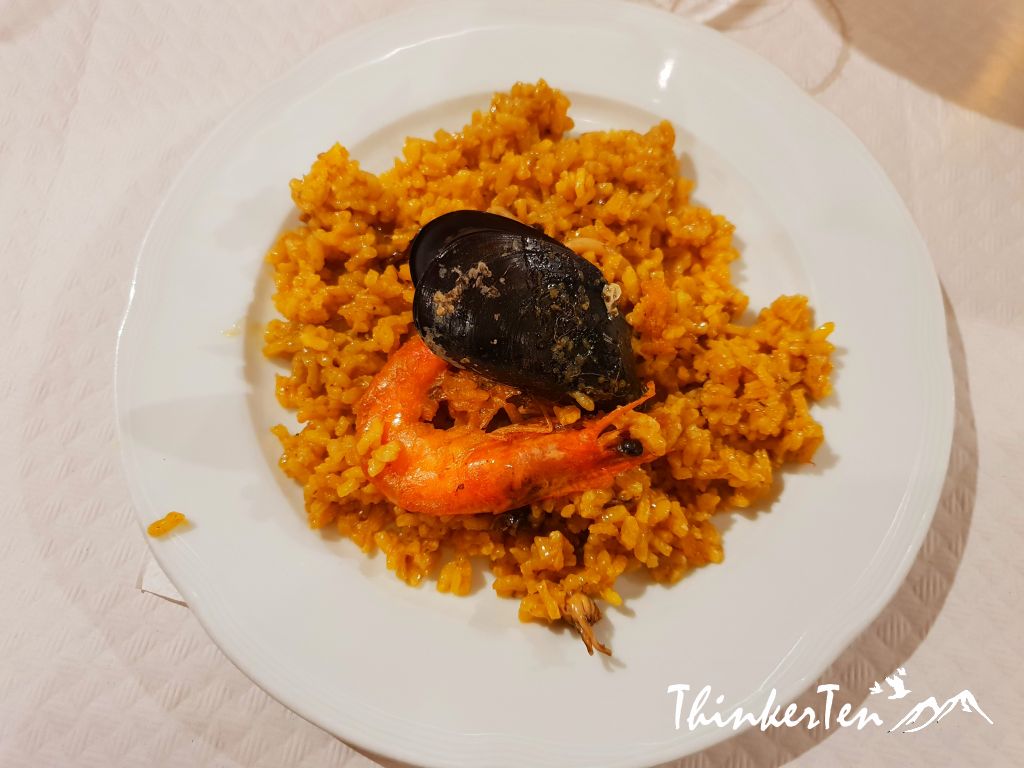 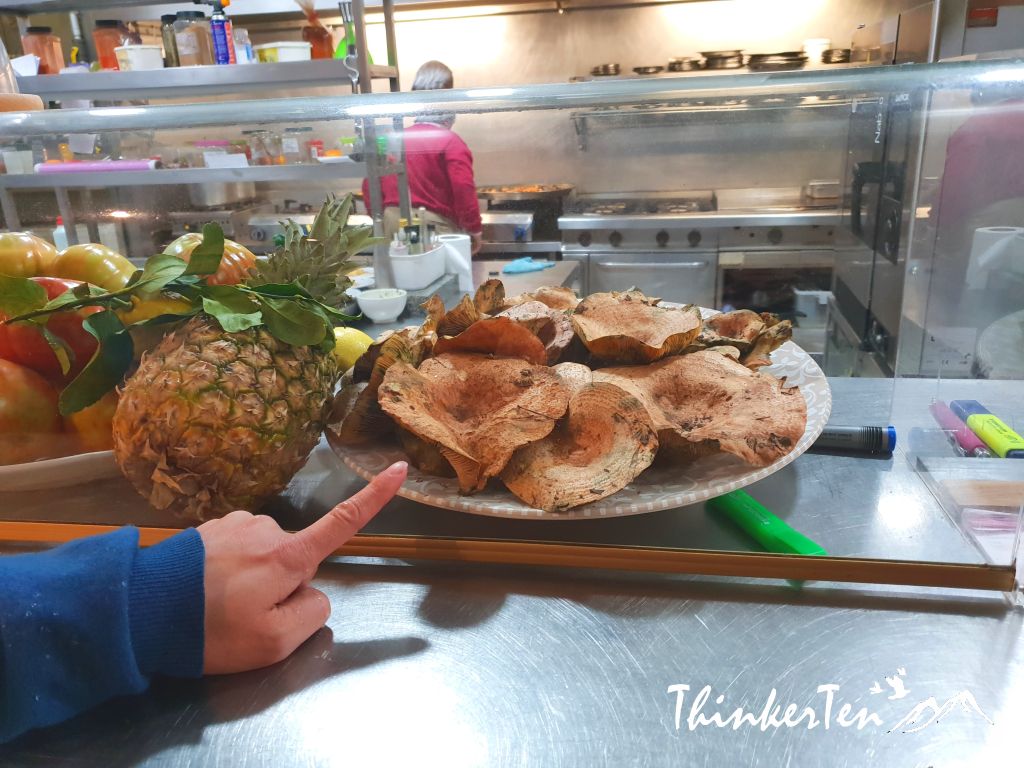 Other Things you may want to know about Paella

Spaniard usually eats paella for lunch and not for dinner as it is too heavy in the evening. Paella appeared in the Valencian community gathering and festival and there is a day dedicated to paella – Spanish Paella Day.  I would love to see the competition of making the giant paella in the small town of Castalla (about 1.5-hour drive from Valencia). 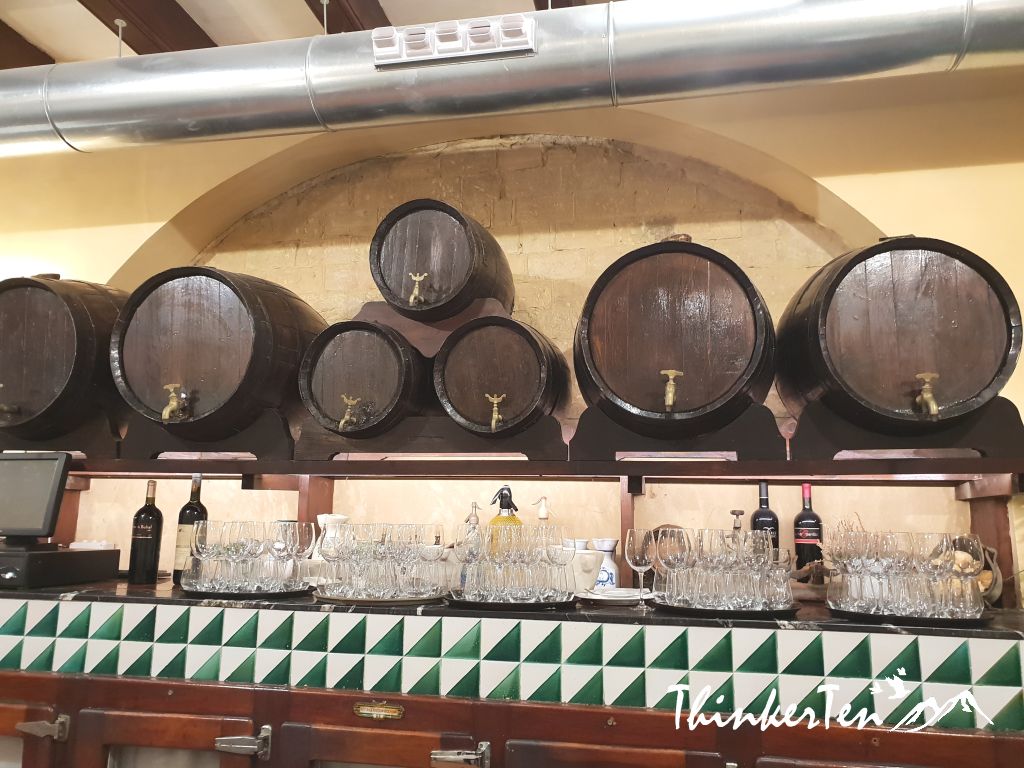 At the entrance of Palace Fesol restaurant, there are photos of famous visitors to Palace Fesol and the restaurant open since 1909, more than 100 years ago. No wonder it has a rustic vibe with a spectacular renovation. 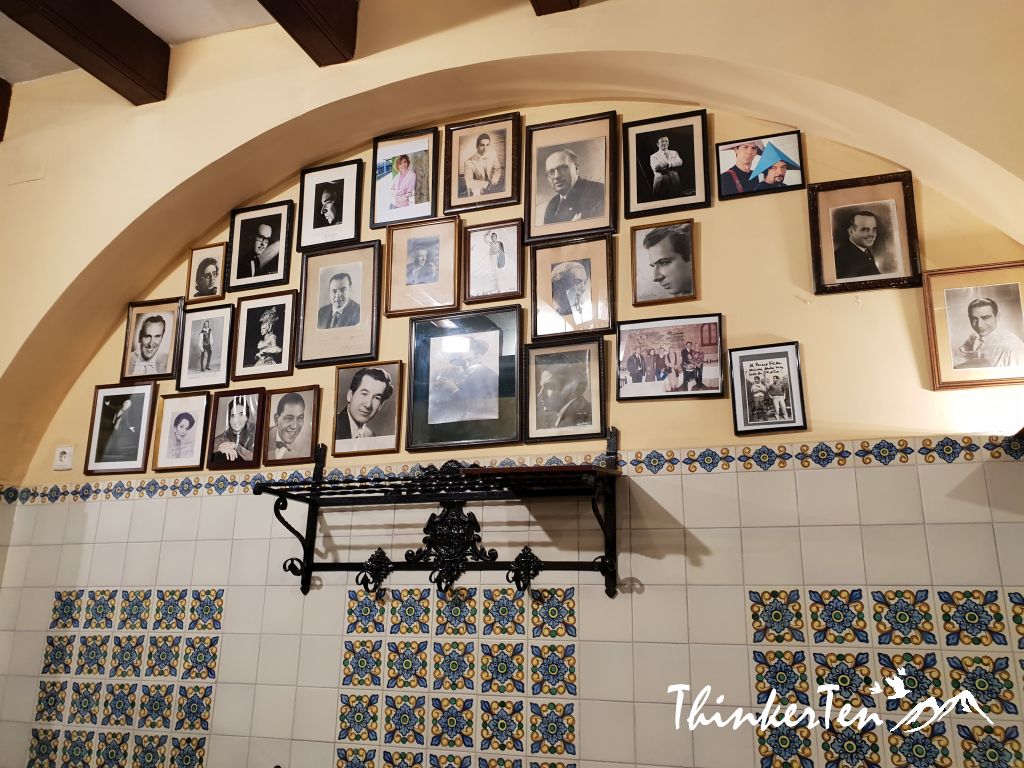 This is how you should pronounce paella – “pa-e-ya”.  Next time when you visit Valencia, pronounce it as “pa-e-ya” to show that you know some Spanish. 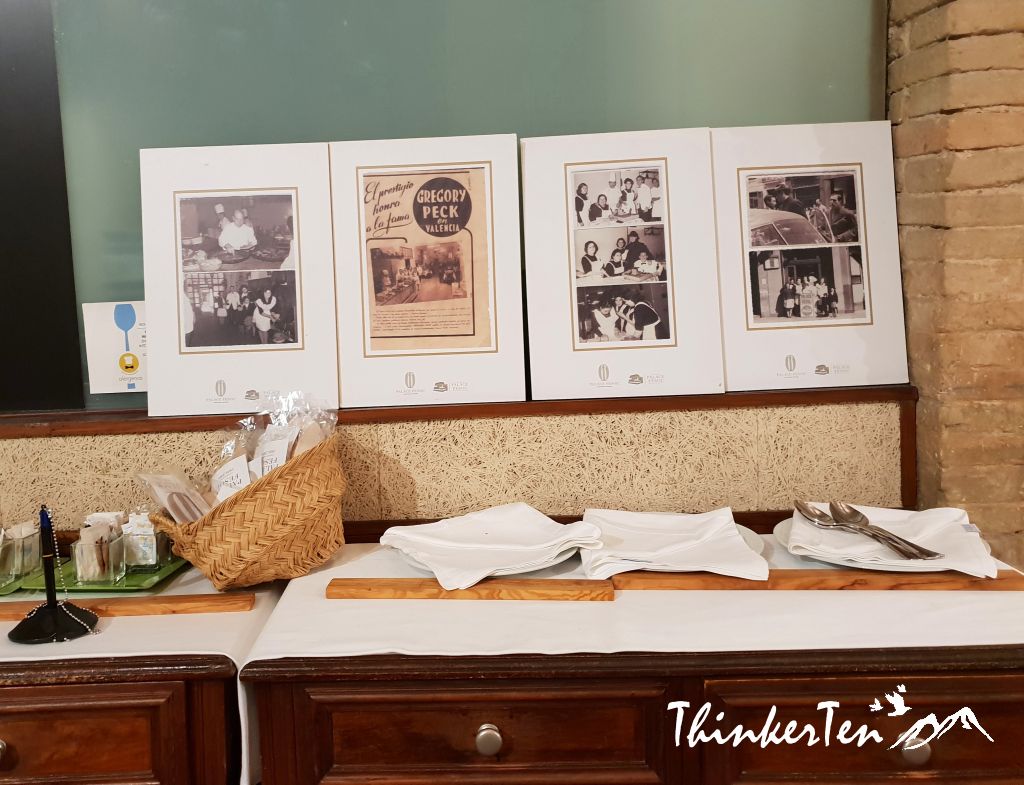 When you are in Spain, don’t just order paella anyway such as Barcelona or Madrid as you may get served with a frozen paella which will be heated in the microwave oven when you ordered. The best place to eat paella is at Valencia city, the birthplace of paella. 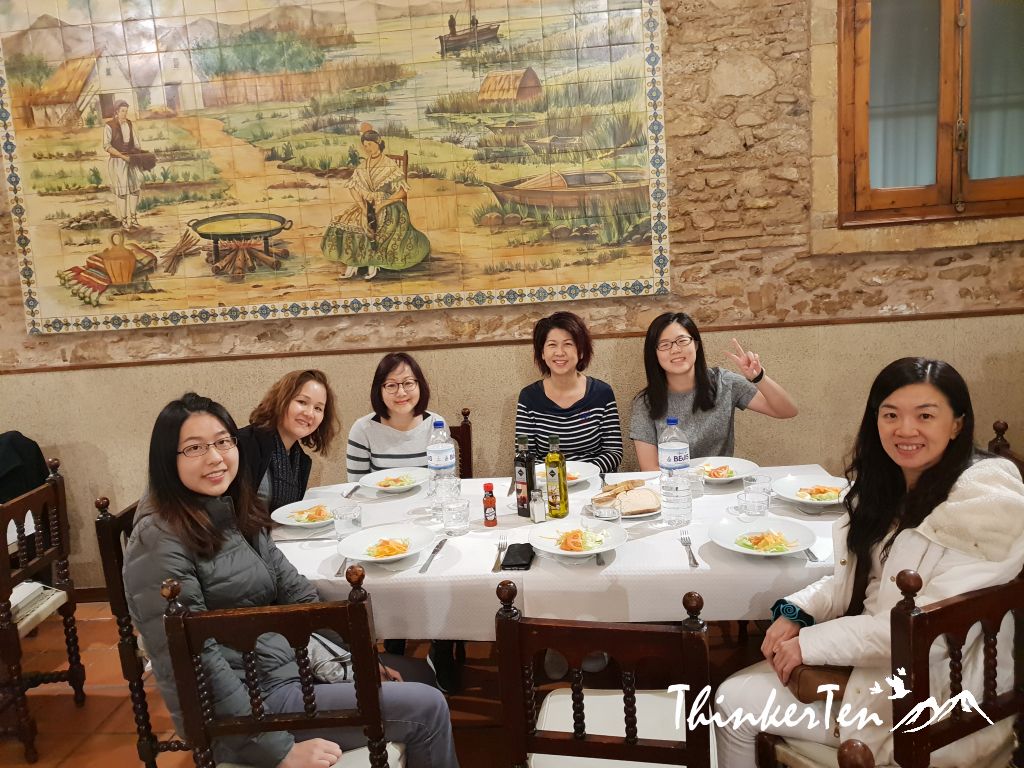 Authentic Spanish food in a fantastic restaurant? I’m sold. I’ve always wanted to visit Spain, and if I ever get there, I am definitely going to Valencia. And stuff my face!

I absolutely love Spanish food, it was the best part of going to Spain!

My husband is dying to go to Spain. I’ll have to save this for when we get to go!

I would love to visit Valencia someday. This sounds like an amazing trip and opportunity to experience some delicious ethnic food.

I love paella. I will most definitely need to check this place out on a trip to Spain!

Oh my goodness, I love sea food but combined with some Spanish cuisine? That sounds like heaven!! Gonna have to add this to my bucket list! <3

I’ve never had paella before, but it sounds delicious. I would love to try making it sometime!

OMG Can I just say, I can’t help but drool over the picture! Who would not love to taste this!

I definitely agree with this 🙂 My father’s family is from Valencia and they have also the best horchata.

Thanks for sharing those facts about Paella which I did not know especially about rabbit, snails and duck being used traditionally in the dish compared to how it is being served now

I’m going to duck my head, I have never had Paella. I’m sure I’ve had a variation or made a variation at home unknowingly, but never real Paella. I need to try this, it looks amazing.