Jeungdo Island is also known as a “slow city” due to its laid-back farming lifestyle and small population.  It is also famous for its unspoiled nature and clean waters.  It was very windy when we arrived in the morning. 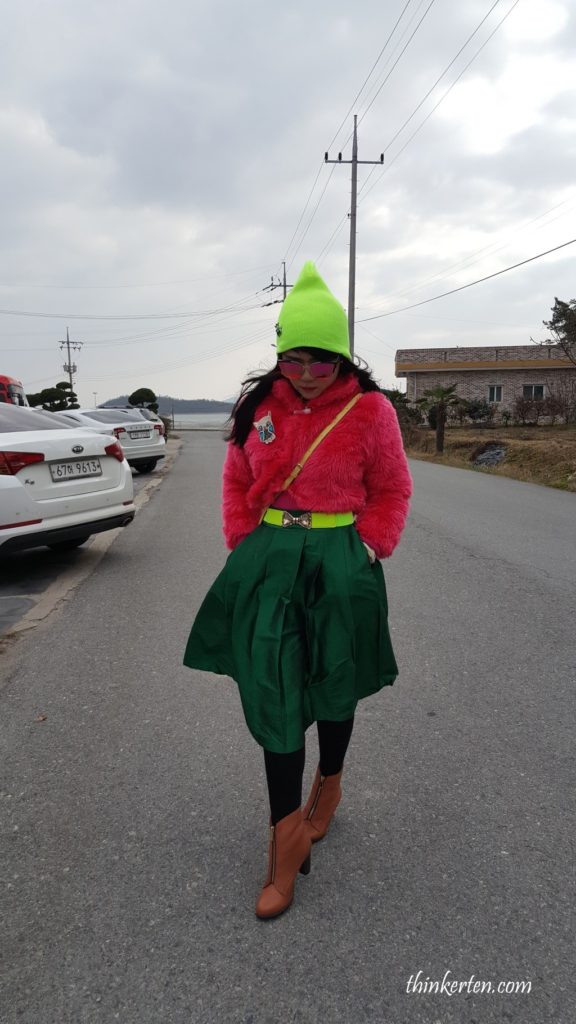 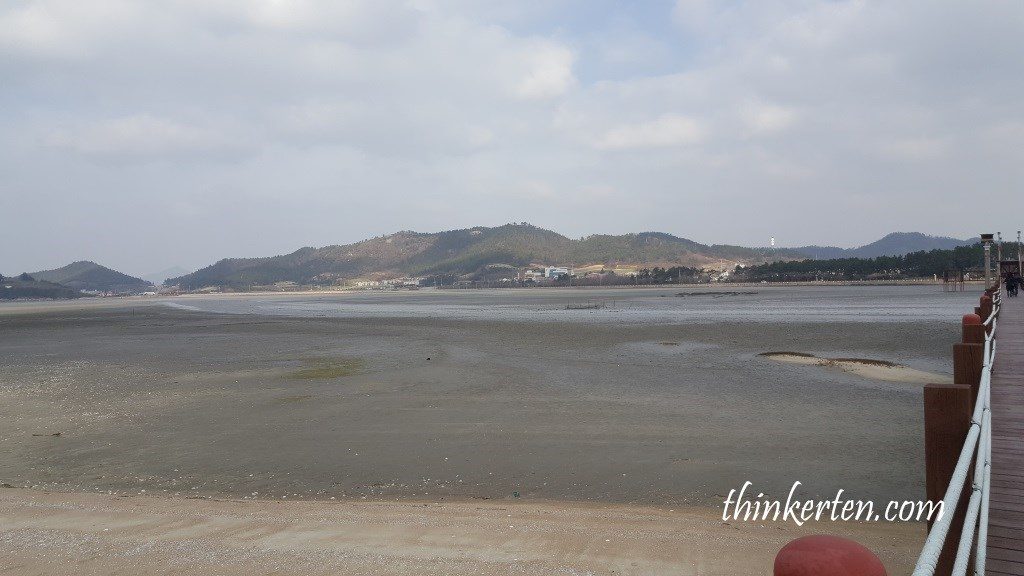 Once arrived in the ‘slow city’, we came into a salt spa to heal our body from the tiredness for the pass few days traveling in Korea. 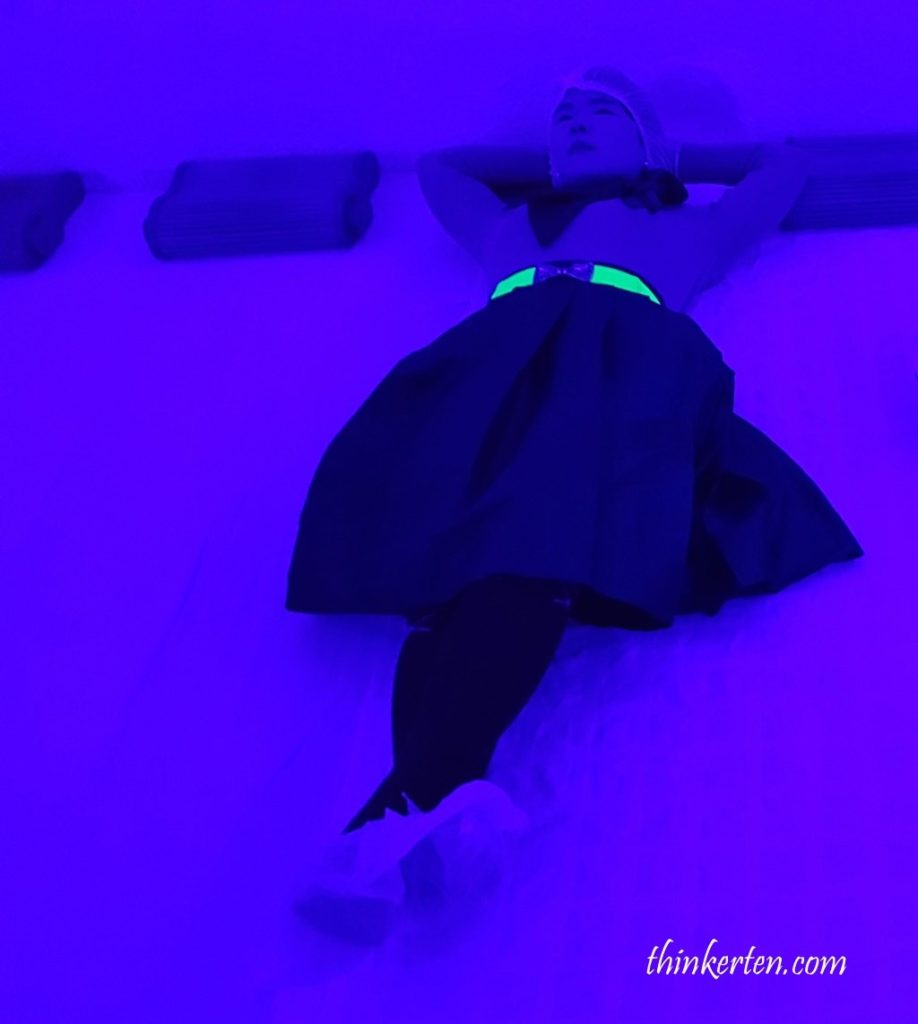 Once we entered the spa, the surrounding look like a cave to me.  I would call it salt therapy cave.  The whole place was covered with salt.  All tour members were lying down to relax for 45min,  I heard some snoring! 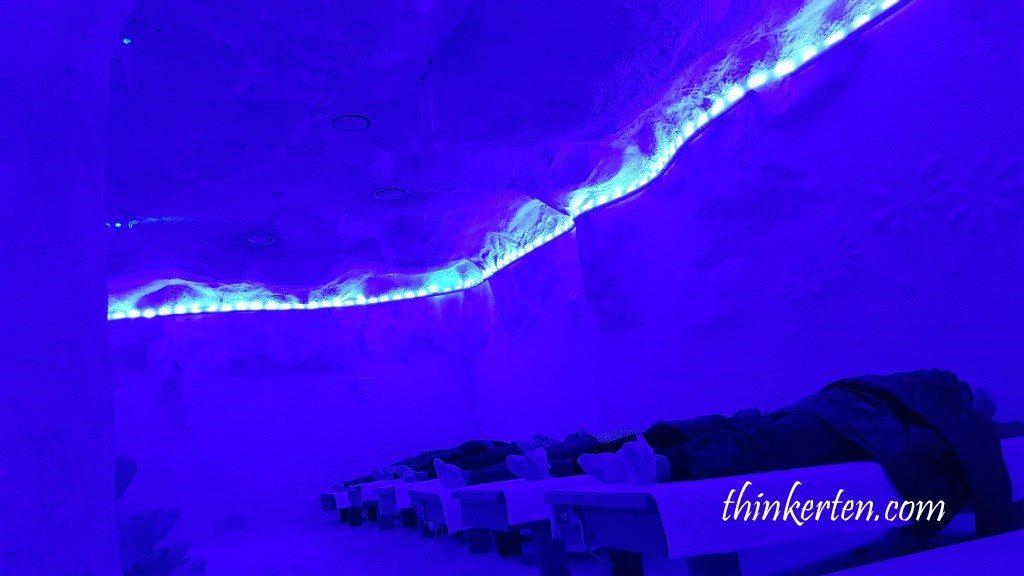 How can we improve from the salt spa?  It is believed that dry salt air is more powerful than moist air. The negatively charged ions in salt improve our health and mood.  I was hoping after inhaling more good salt air here to clear my lung and purifying my skin. 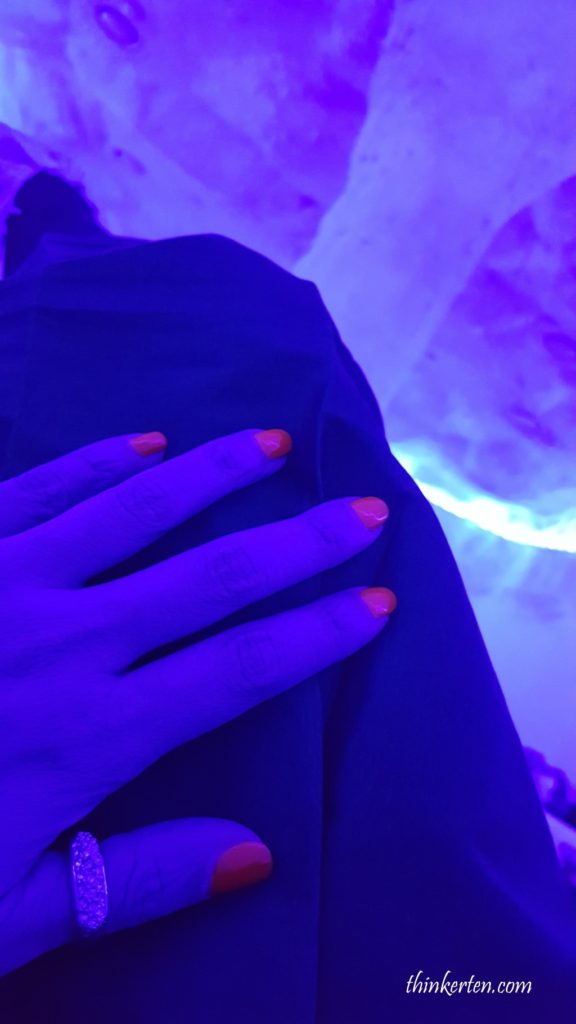 I was quite fascinated by the light in the cave, it made my belt and nails colors stand out from the dark. 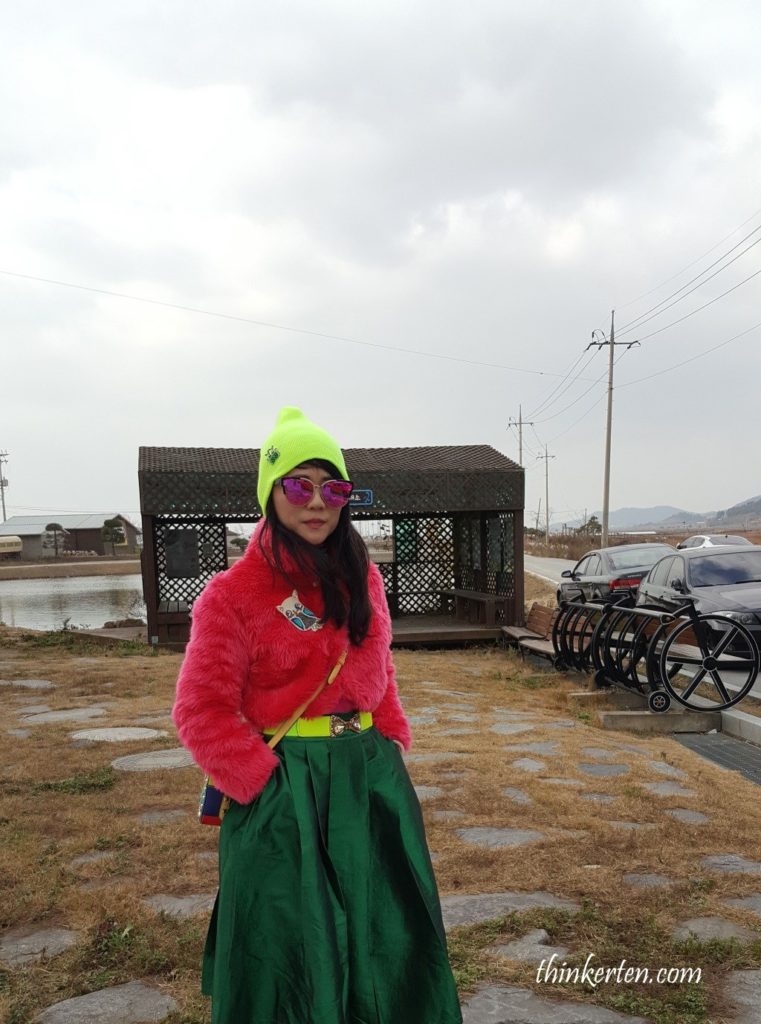 I was feeling refresh and good to go again after the salt therapy.  Our tour guide then took us touring around Salt Museum to learn more about the
manufacturing process of salt.

This is the famous Taepyeong Salt Farm, also the largest sun-dried salt producer in Korea. 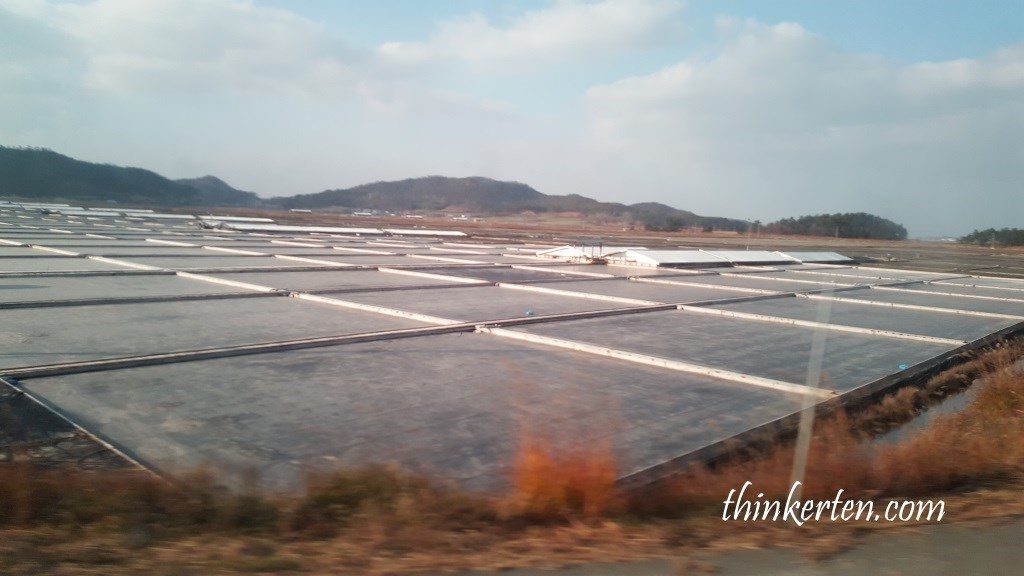 70 percent of salt distributed in Korea is produced in Jeungdo Island.  This place is surrounded by salt farm.

The name of the bridge comes from the image of many mud skippers jumping around the bridge.  It is also Korea’s first sea bridge constructed with wood.

The wooden bridge installed for visitors to walk and have a closer look to the salt plant that grow in the mud flat.  Very strong wind and blazing sunlight and it was freezing cold standing in the middle of the trail, I would become a dried squid if I were to stay for another 10 mins.

One of the best things about Jeungdo Island is the beaches and the natural and low pollution emissions, it make a great place to relax.

A big and raw squid was given to us, it was quite scary because of it huge size.  It was cooked in front of us for 10 mins and we cut into small pieces with a scissor before dipping with the Korean sauce. 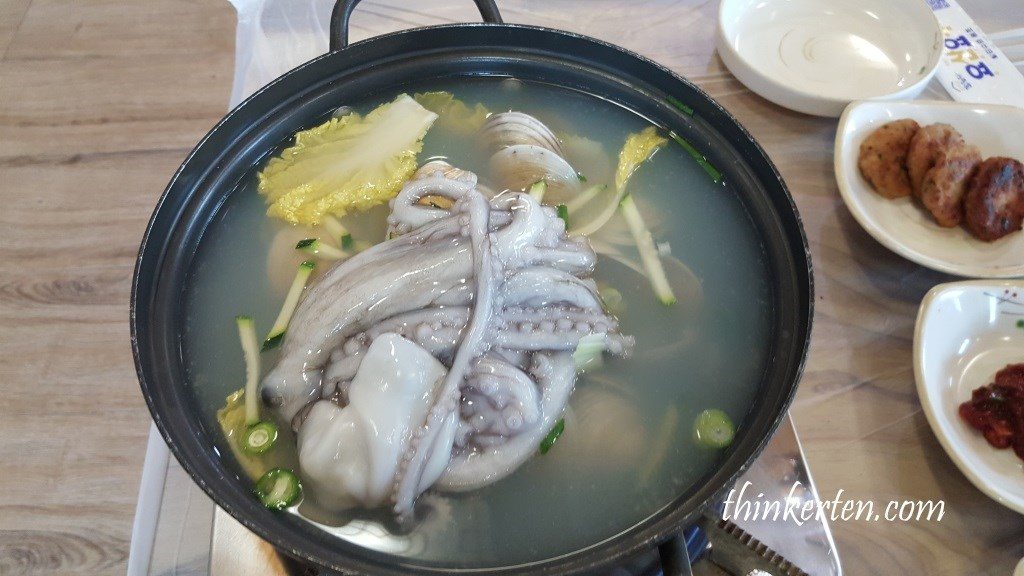 Some greens planted outside the restaurant where we had our Squid lunch set. 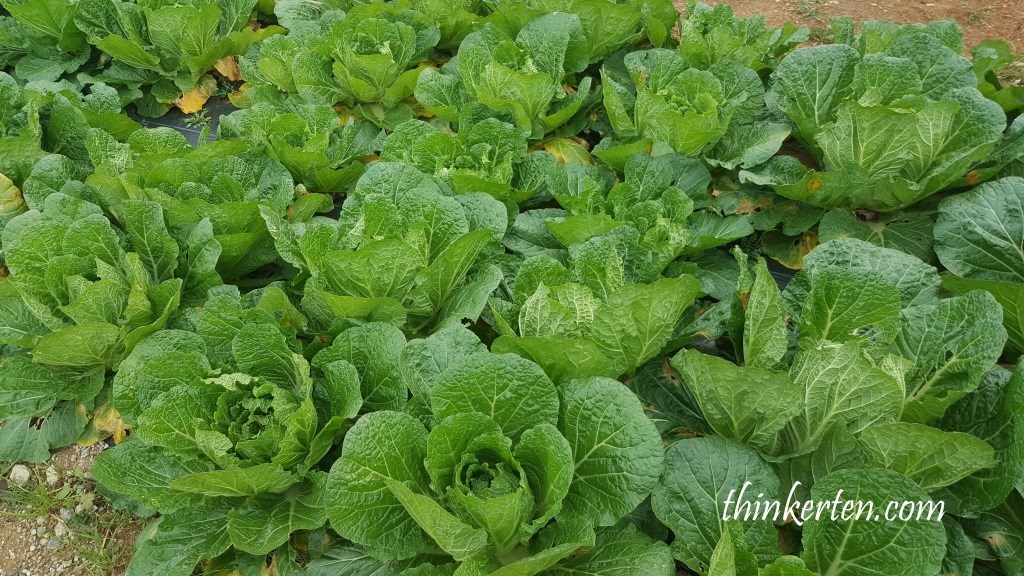 Jeonju literally means 全州 –“Perfect Region”.  We were at the Cultural Hall to experience the Korean Wedding ceremony. 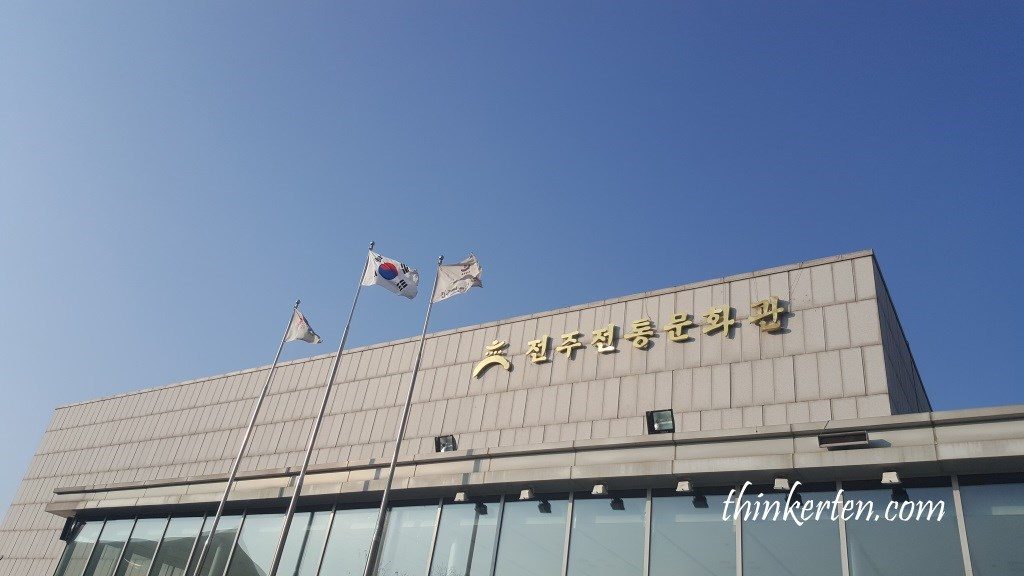 A series of various cultural traditions, such as Pansori/Korean story telling with background drum, Minyo/Korean folk song, traditional dances and performances are all conducted at the cultural hall above which is opened for public. 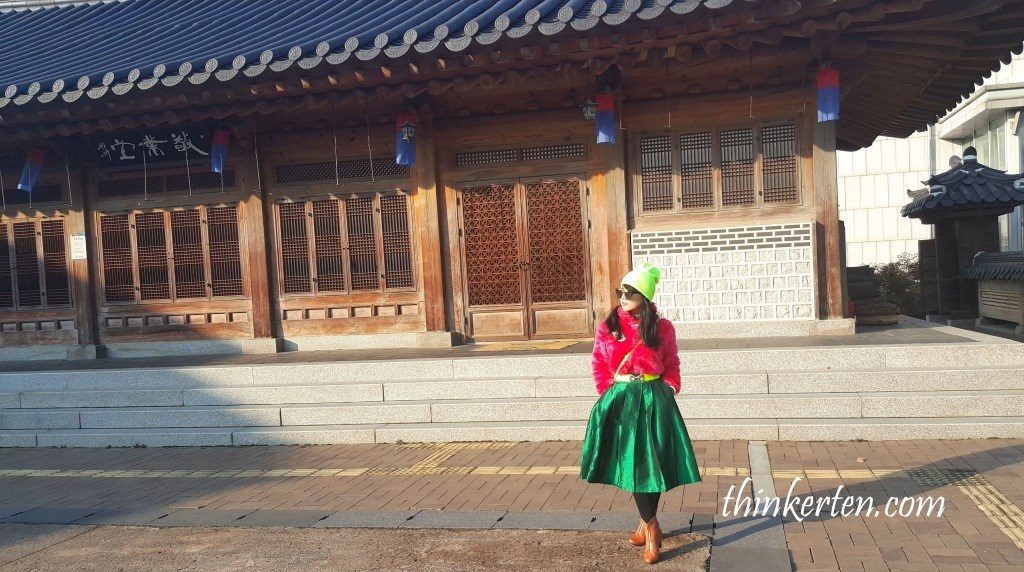 I was chosen to be the bride for the Korean wedding ceremony, simply because in this ceremony, the bride needed to be flexible as there were many bows and kneeling down action to perform. 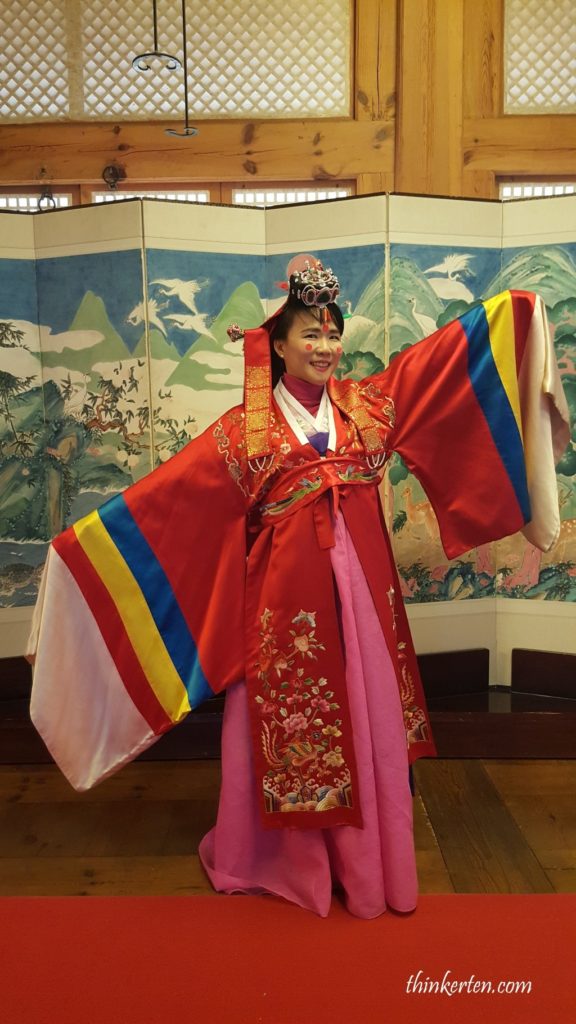 A Korean teacher was explaining every details about the wedding Hanbook to all of us.  Every little detail in the traditional ceremony means something.  The dress, accessories, position, food, and even all the bowing and drinking indicate something.  Korean traditional wedding ceremony is full of colors. 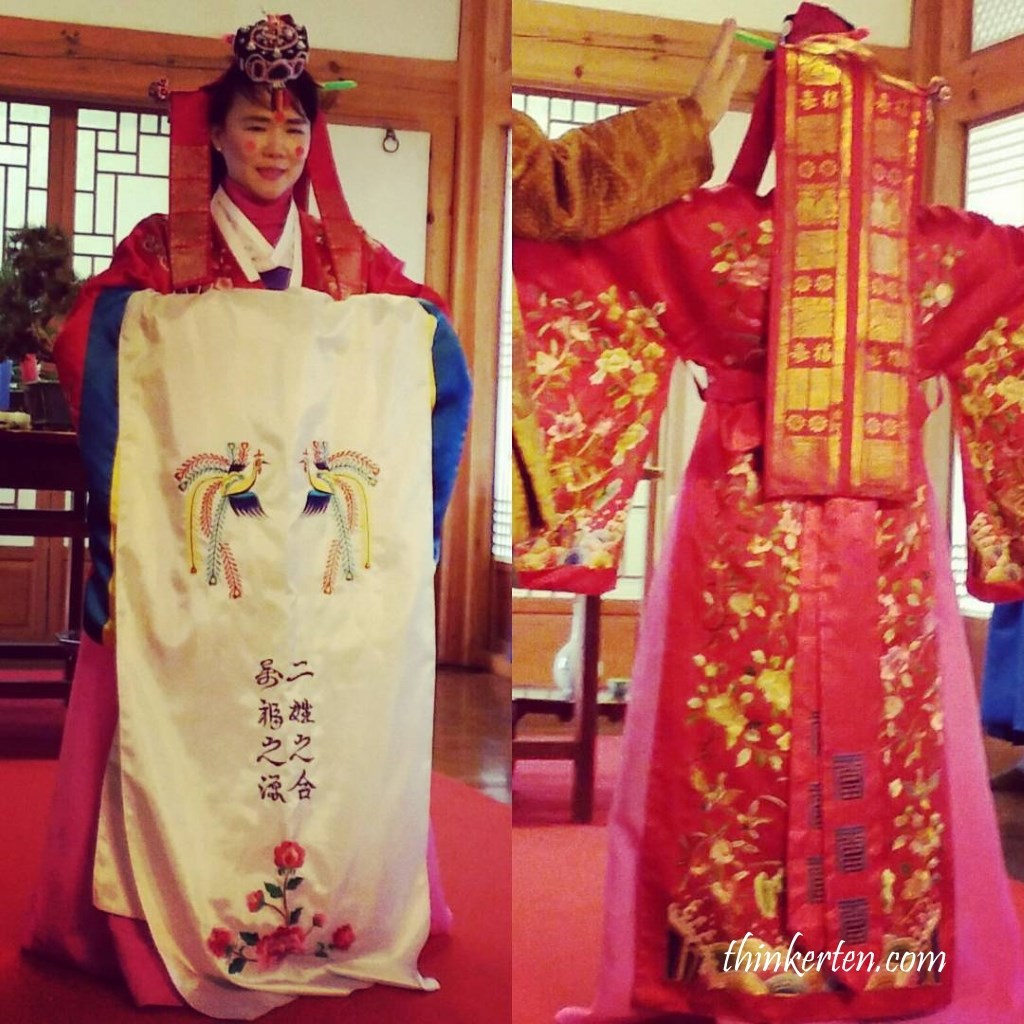 Korean Beef short ribs also known as Galbitang tasted wonderful with rice.  Use the scissor to cut the meat from the ribs and dip into a special sauce. 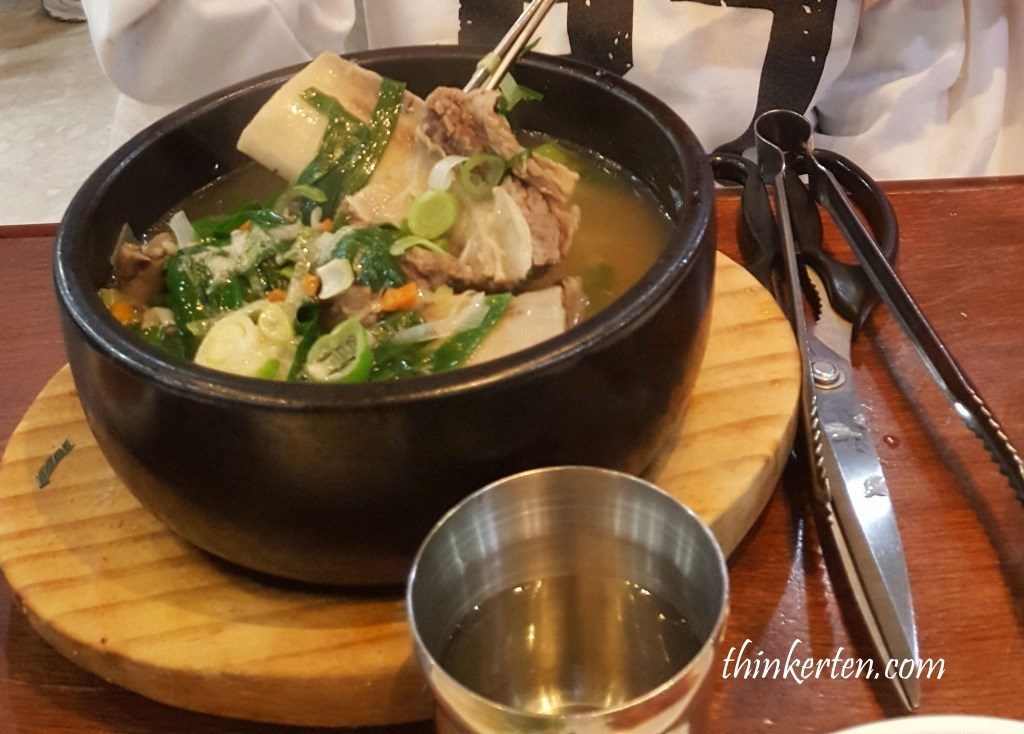 Korean Ginseng chicken also known as “Samgyetang” in Korean is a must to try when you come to Korea.  I am not really fancy about ginseng chicken but the restaurant our tour guide brought us is famous for its Ginseng Chicken. 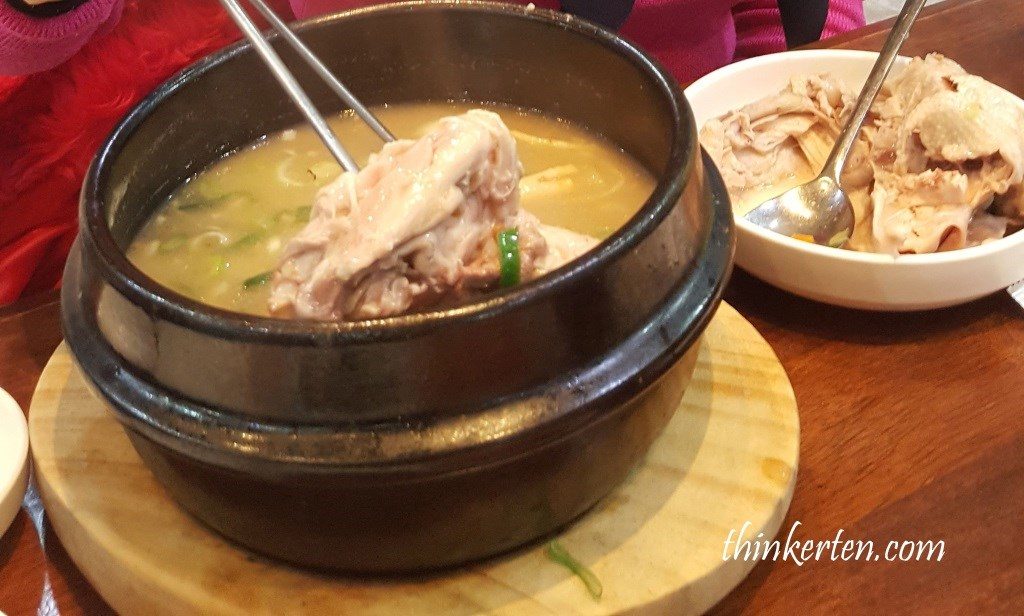 We stayed over in Interciti Hotel in DaeJeon.  DaeJeon is in the central of South Korea, not very far from Seoul, 50 min if travel with high-speed train. 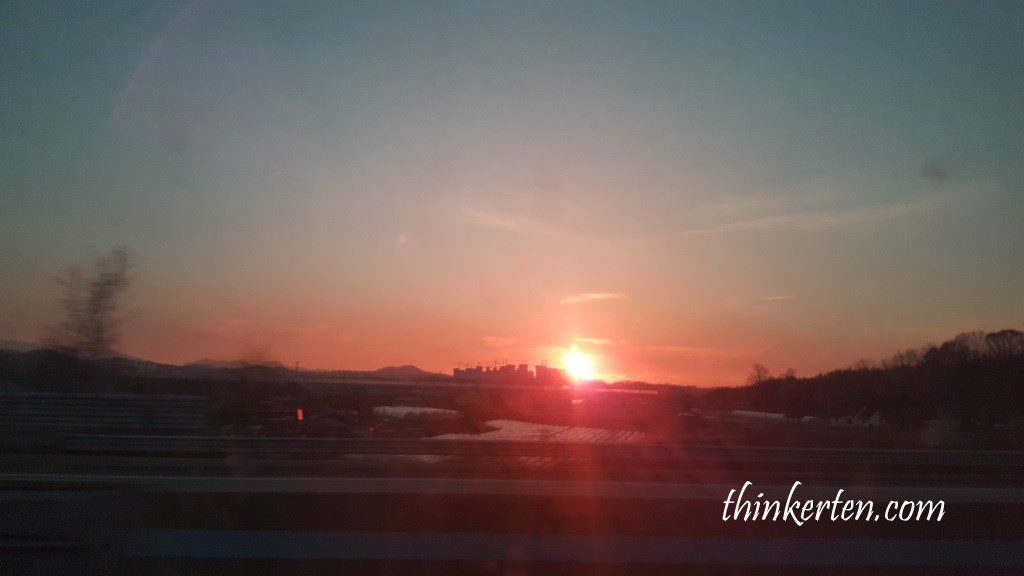 South Korea Round the Island – Day 7 – Shopping in Myeongdong Seoul