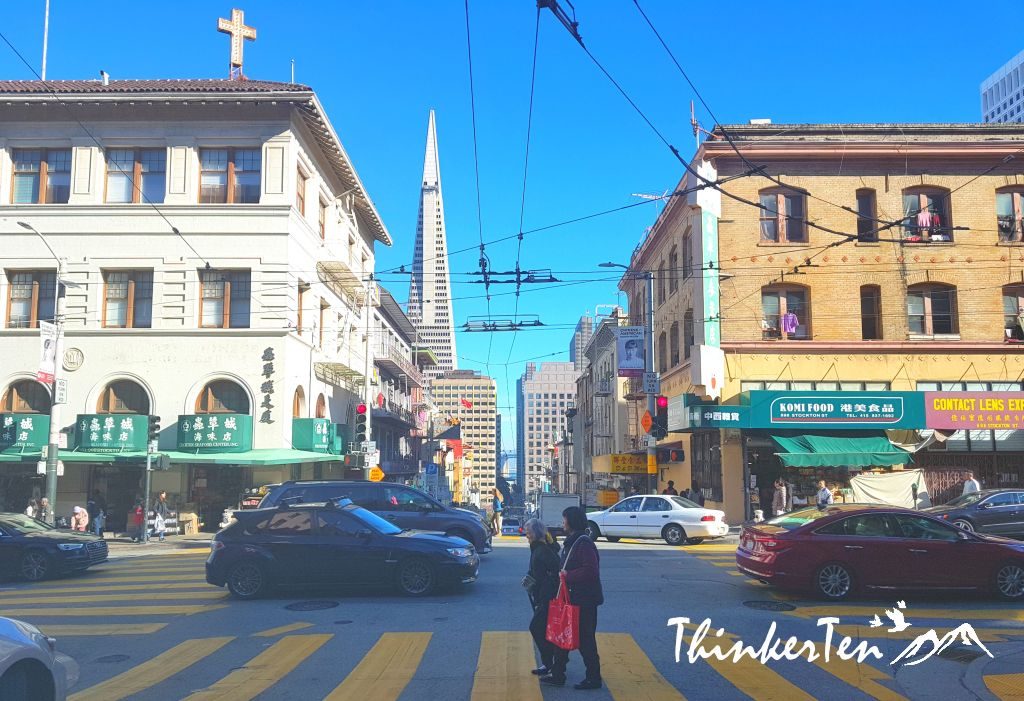 Approximately one third of San Francisco residents are Asian, and most of those are Chinese. So you will see Chinatown played an important role in this city.  Many Chinese came here due to the gold rush & job for Central Pacific Railroad.  The early Chinese immigration (mostly from southern China, Guang Dong province) to the United States can be traced to the mid-1800s, via the San Francisco port by boat.  There is long history of the of Chinatown in San Francisco and also one of the oldest in America. 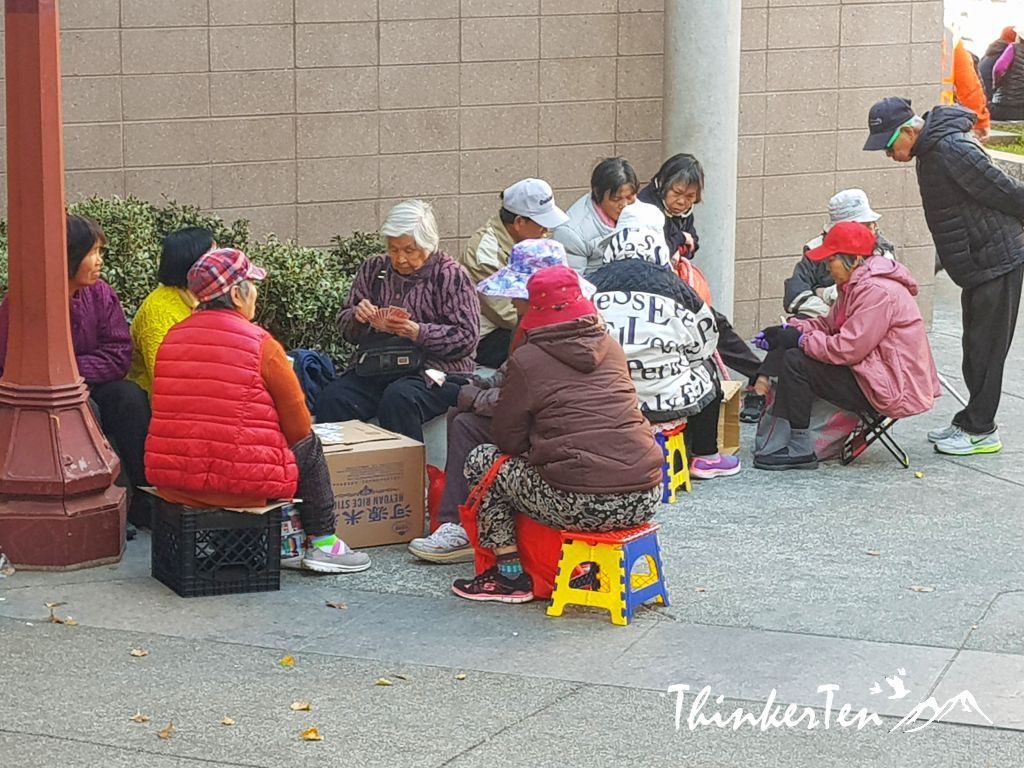 Like any other Chinatown in the world, the one thing you will notice is red lanterns hanging everywhere zig zaging across the streets. 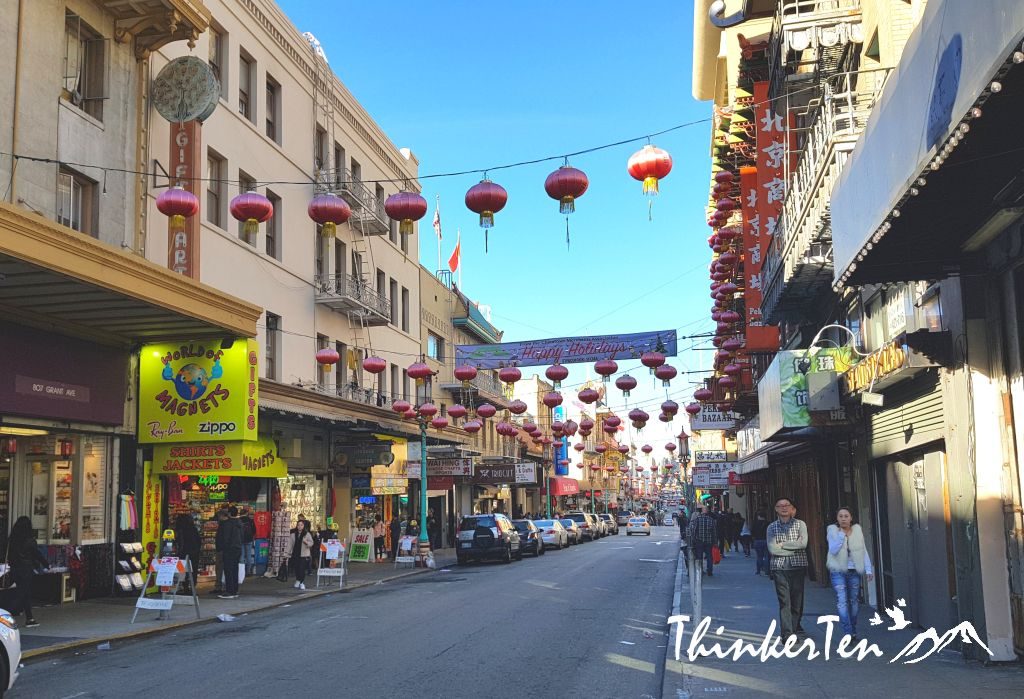 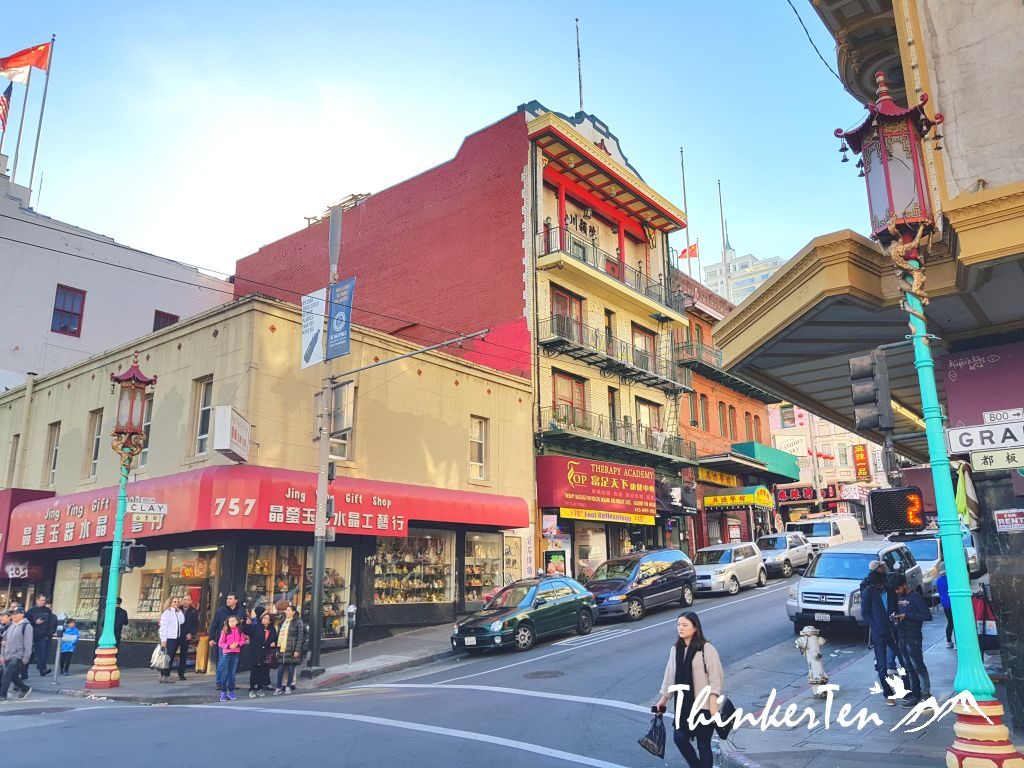 Chinese graffiti can be seen, some related pictures were the Terracotta Army, Bruce Lee and Journey to the West. 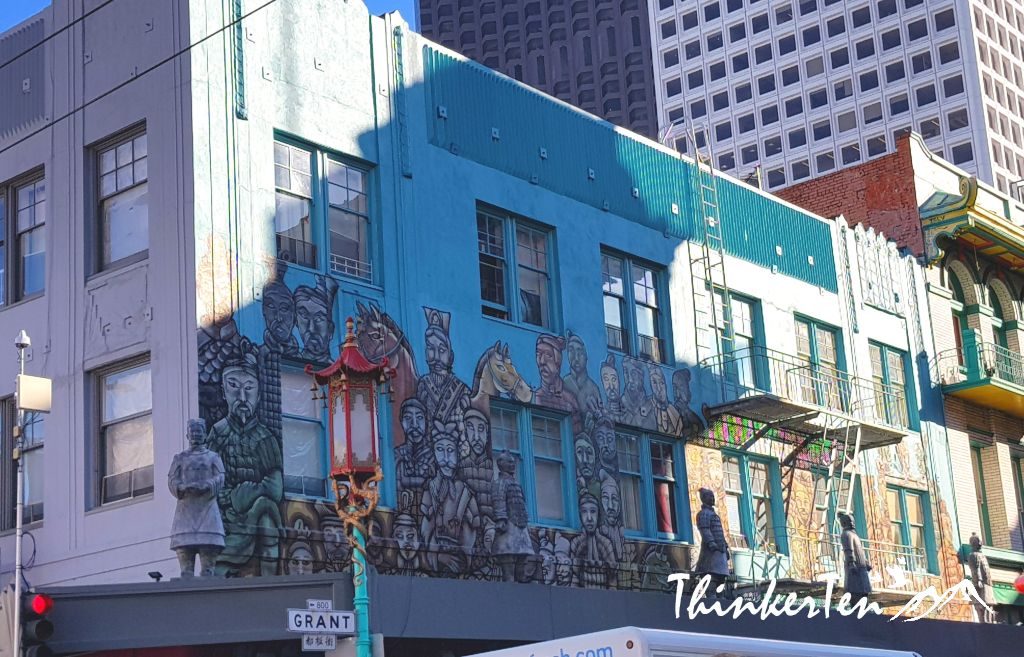 San Francisco is where Bruce Lee was born back in 1940 during his father opera touring in America.  His father was a famous Cantonese opera singer and film actor.  The family then moved back to Hong Kong a year later due to the Japanese invasion.  When Bruce Lee was 18 years old, he returned to California and make a debut in Hollywood in his 20s. 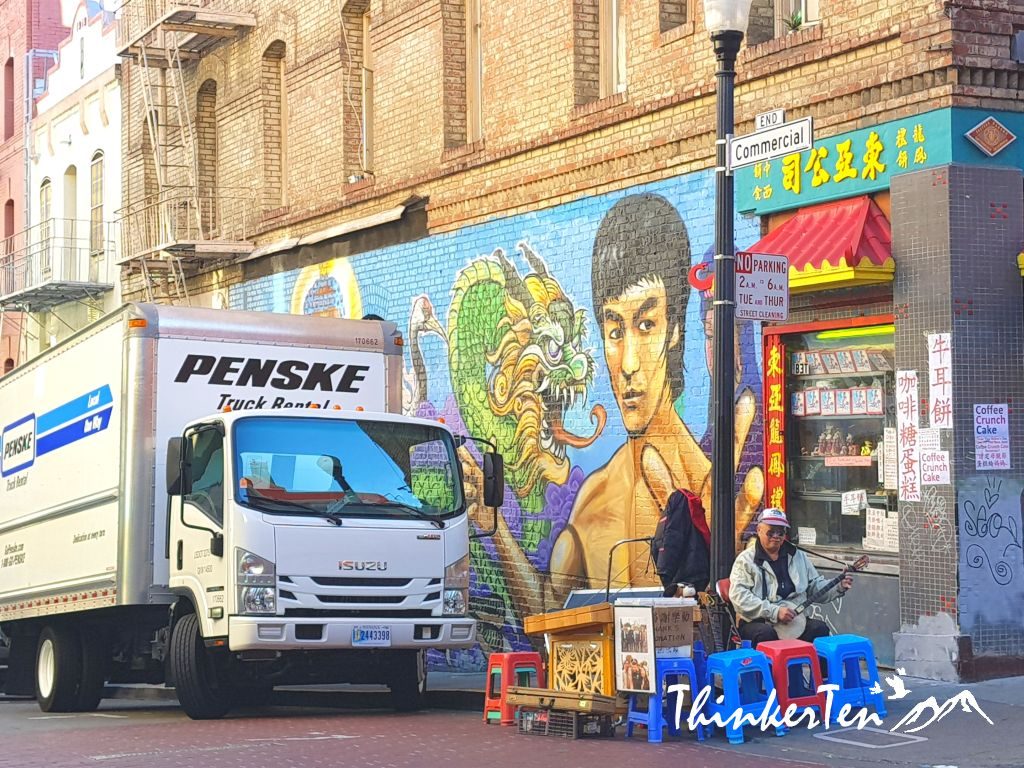 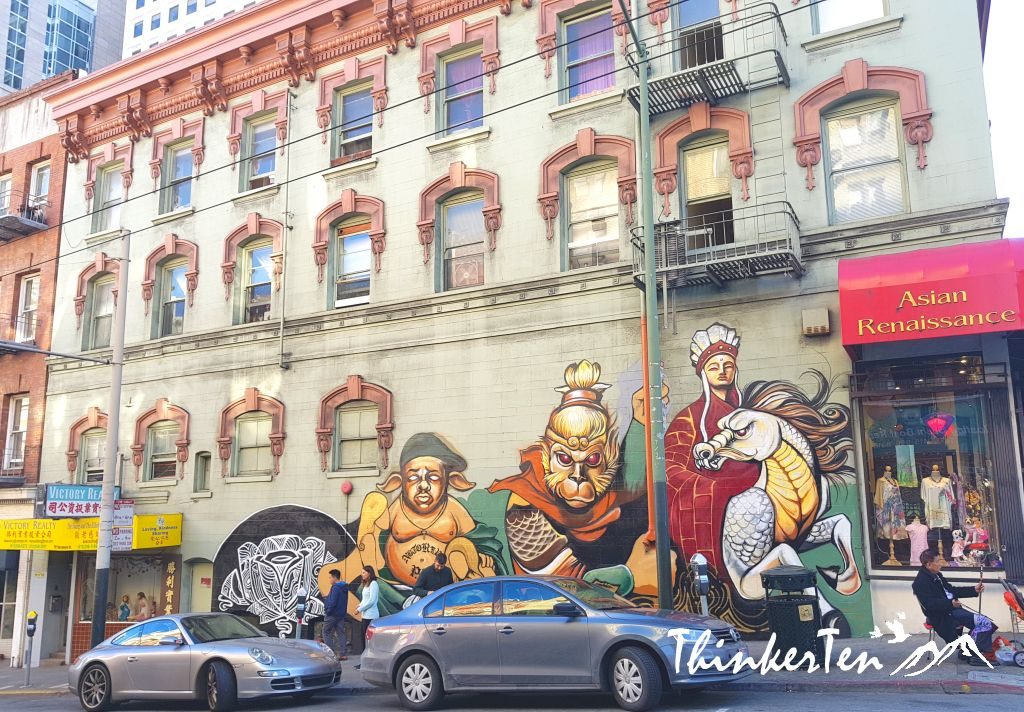 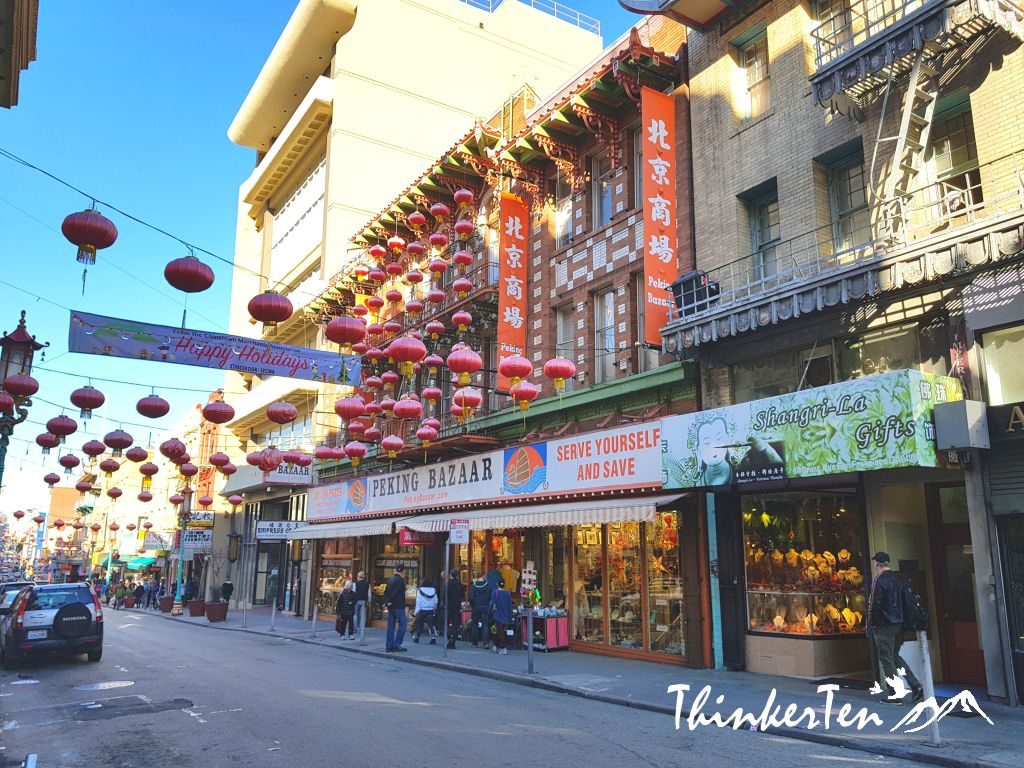 If you like to take away and eat in the park, you can come to the Eastern Bakery which serve lot of authentic Chinese bakery, including the moon cake.  You can also buy the ‘fortune cookies’ here.  Is fortune cookies the American thing?  I don’t see it elsewhere in Asia but it is so popular in Chinese restaurant in America. 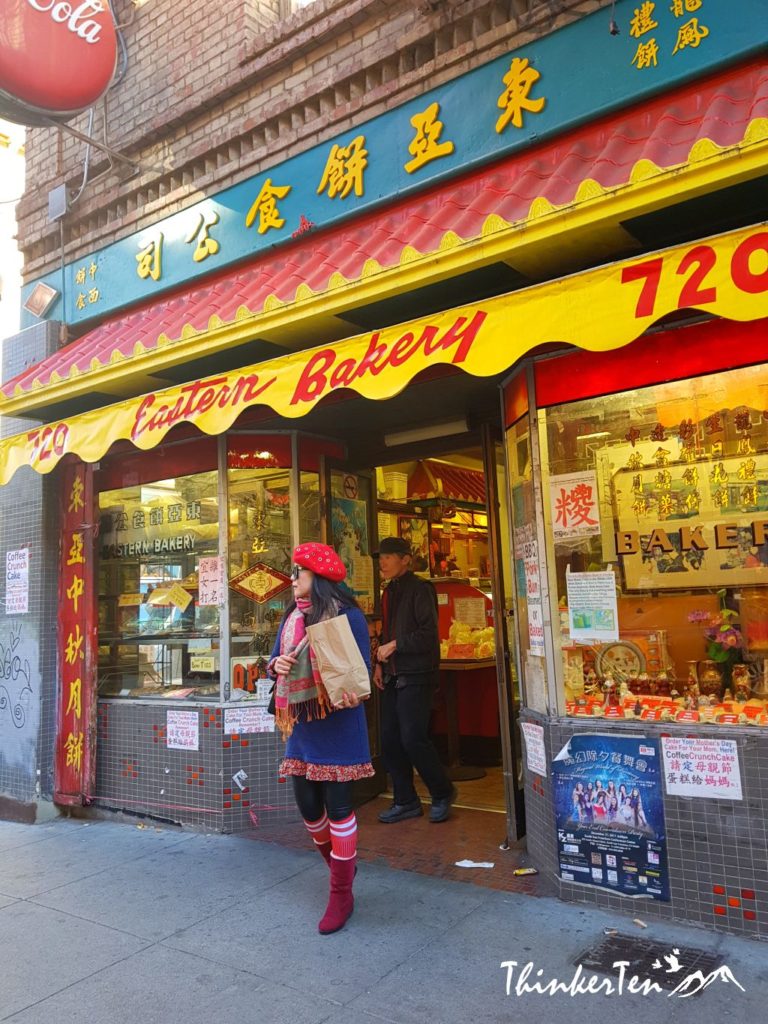 The price is cheap, around a dollar each and the size is very big too. 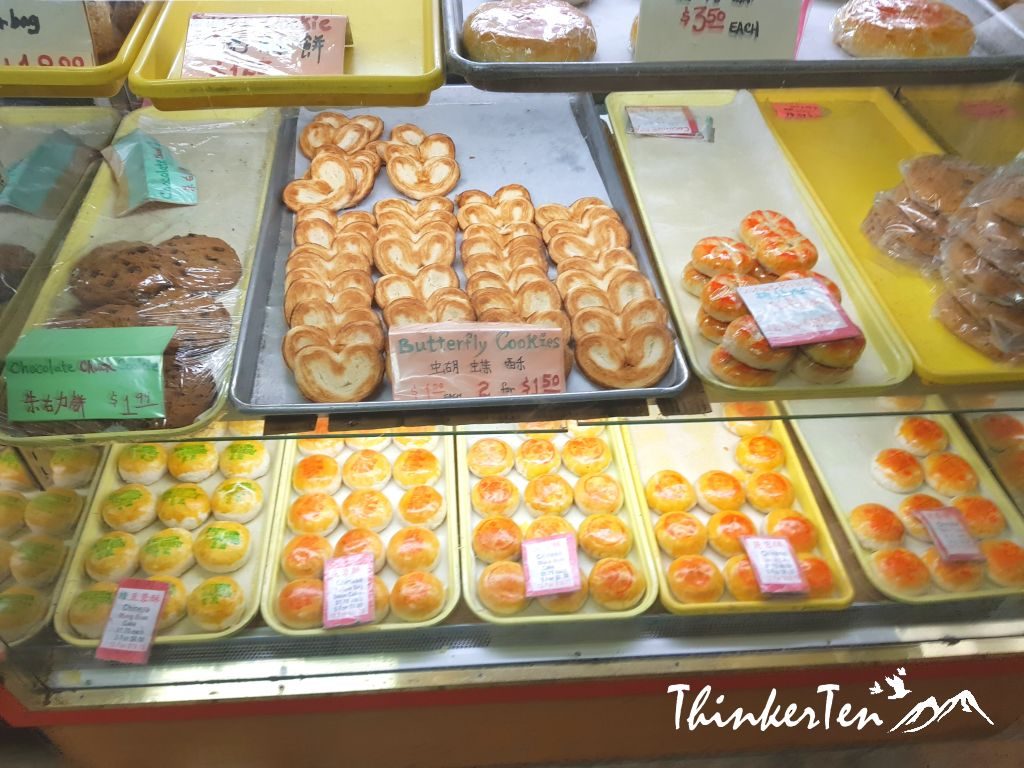 I bought few egg tarts and sesame ball and steam BBQ bun.  The size is huge and taste was good.  Paper bag was given instead of plastic bags. 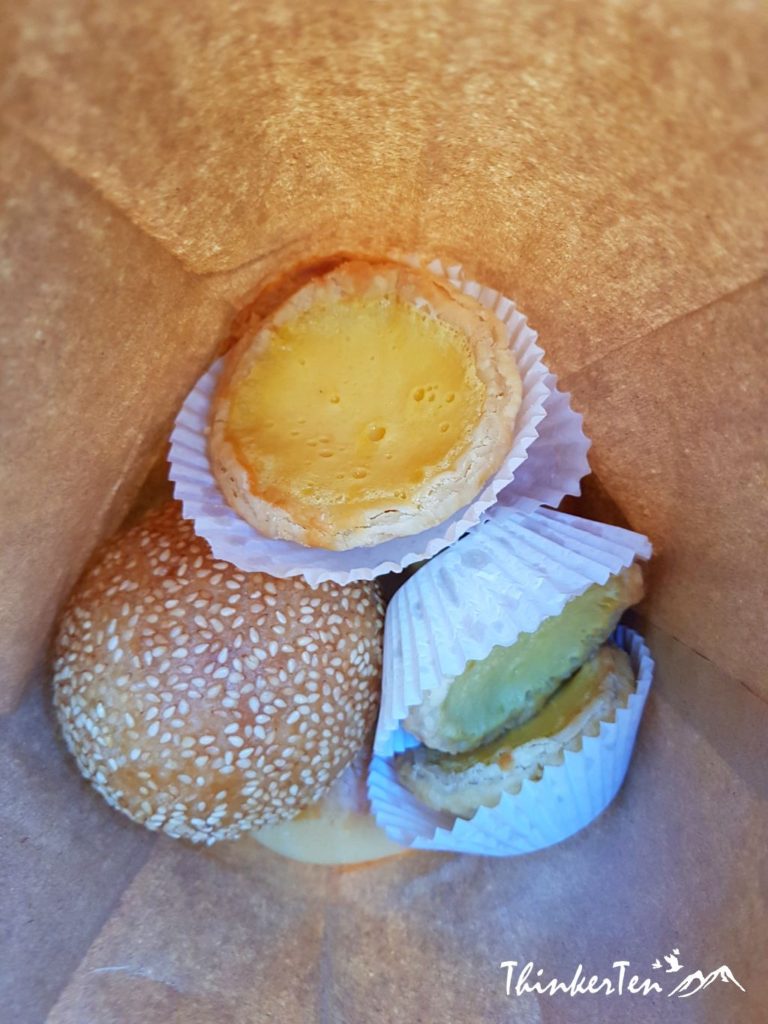 Beside enjoying the food in China town, the next thing to do is check out the cheap bazaar, selling cheap imported stuff, such as souvenirs from China & Hong Kong, mostly for tourists. Most of the shops are located around Grant Street, the central axis of Chinatown’s tourist area. 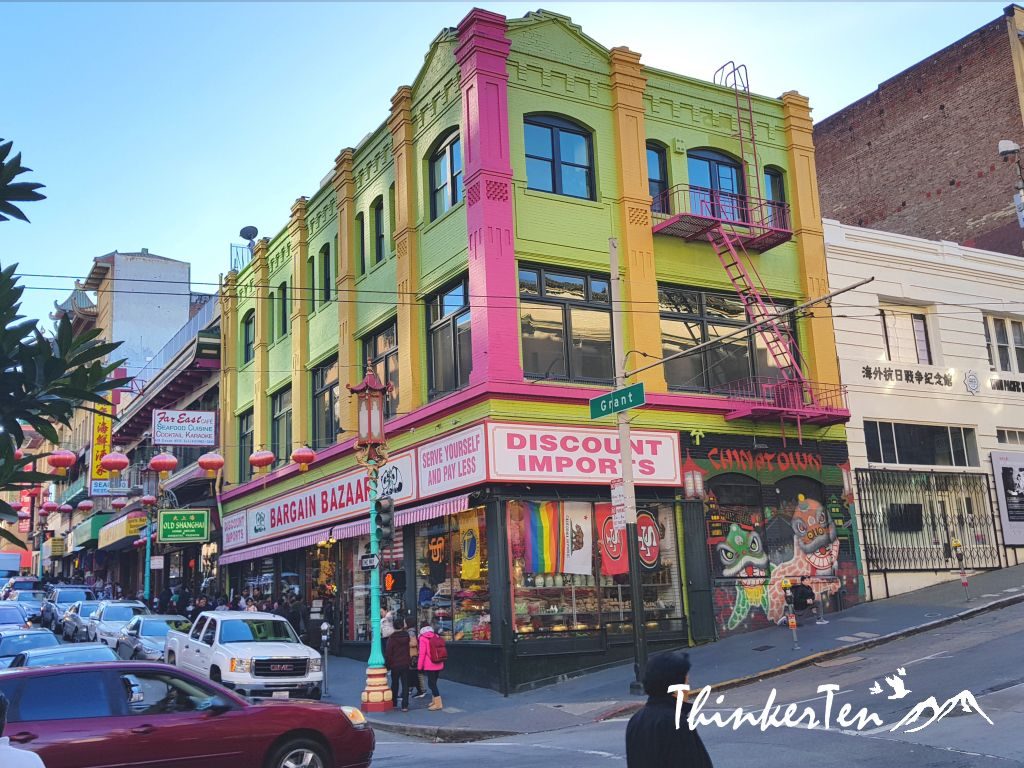 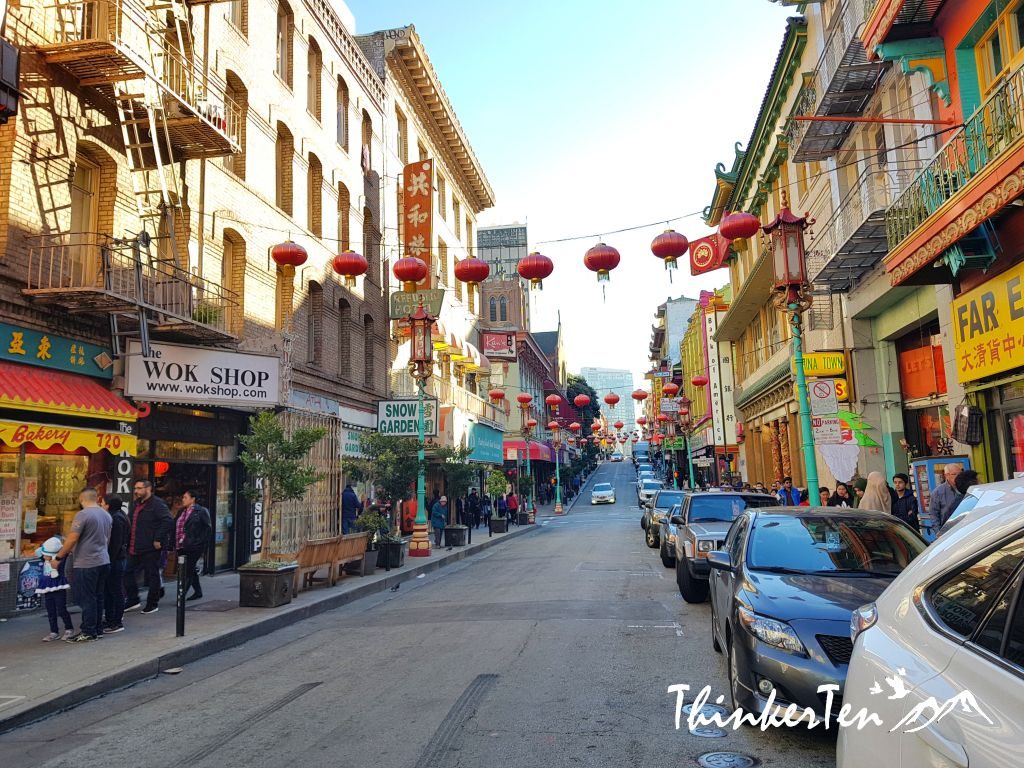 Chinese Woks Shop – Chinese still prefer to use the round bottom wok rather than flat bottom frying pan.  A must cooking utensil for Asian home. 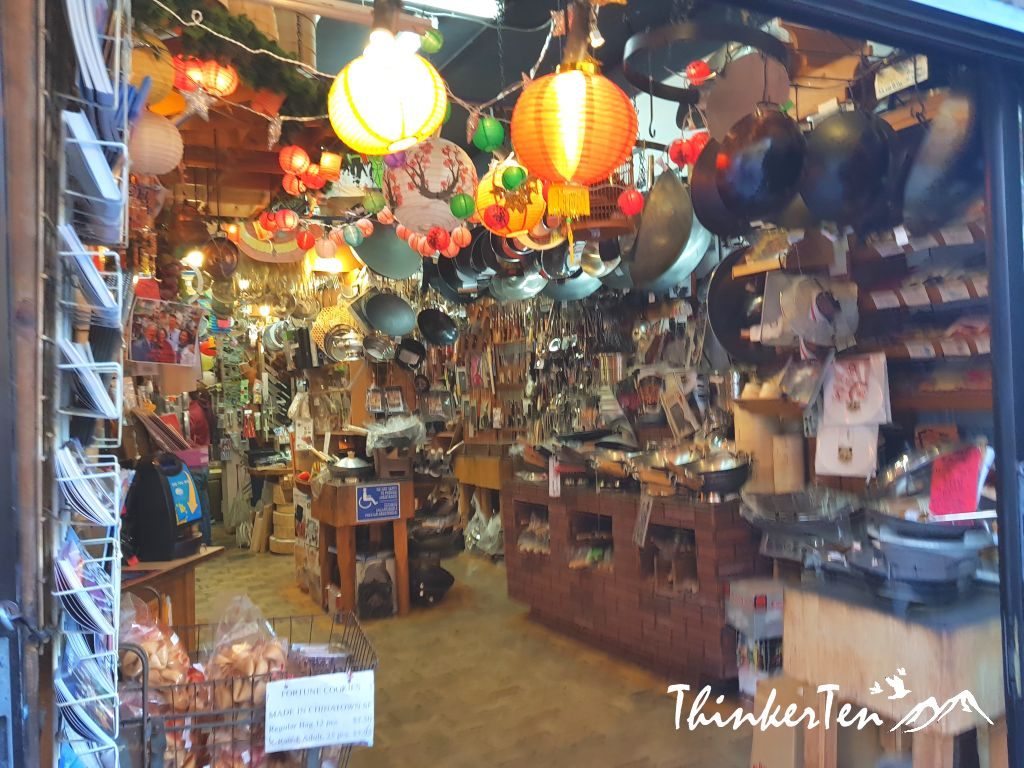 These old buildings are the different association (tongs) building. There are good and bad tongs back in the olden days and many affairs, legal matters, criminal enforcement, banking and aid to newcomers were taking care by these association (tongs). 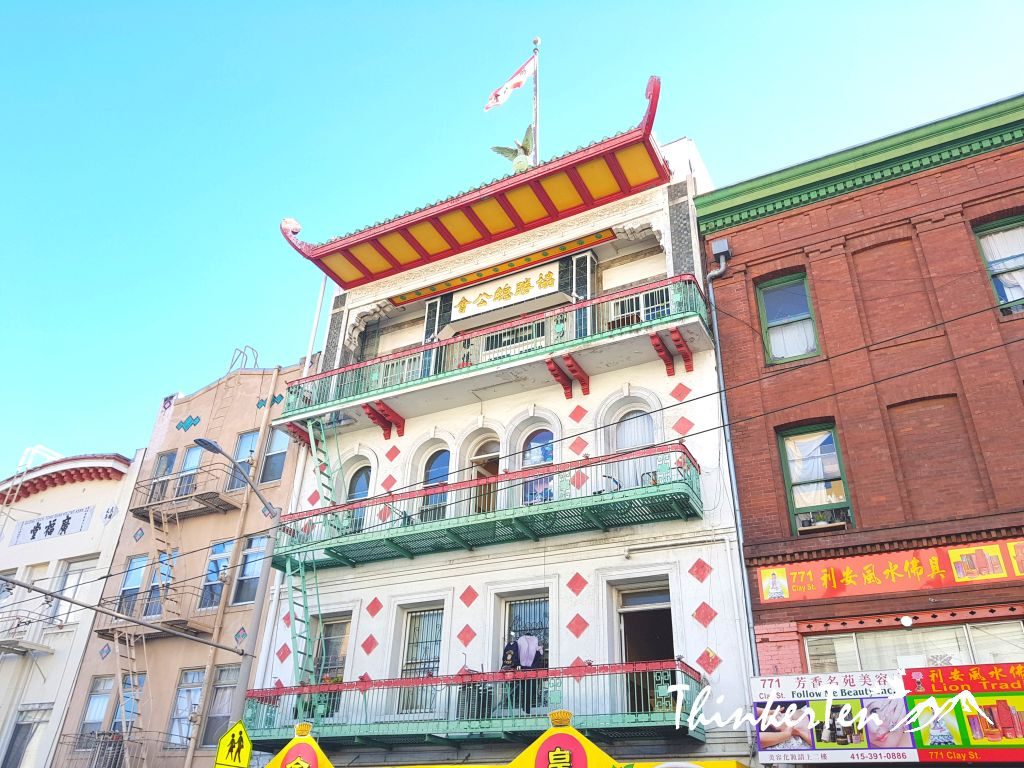 The name of the association were written at the top of the building. 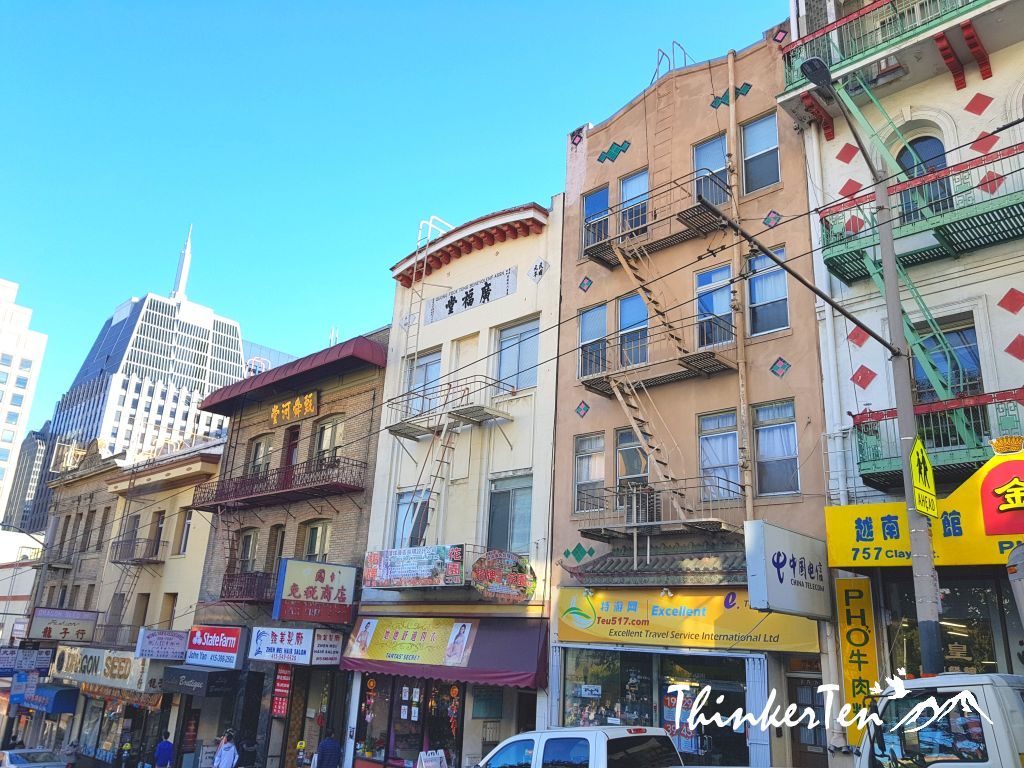 Another attractions are the temples and many of them are located at the upper level of the buildings. It is not the ordinary temples you see.  You may have difficulties finding the entrance up  to the temples as the entrance is not that prominent.

One of the well known temple is called Tin How temple, which was founded in 1852 and also the oldest in America. 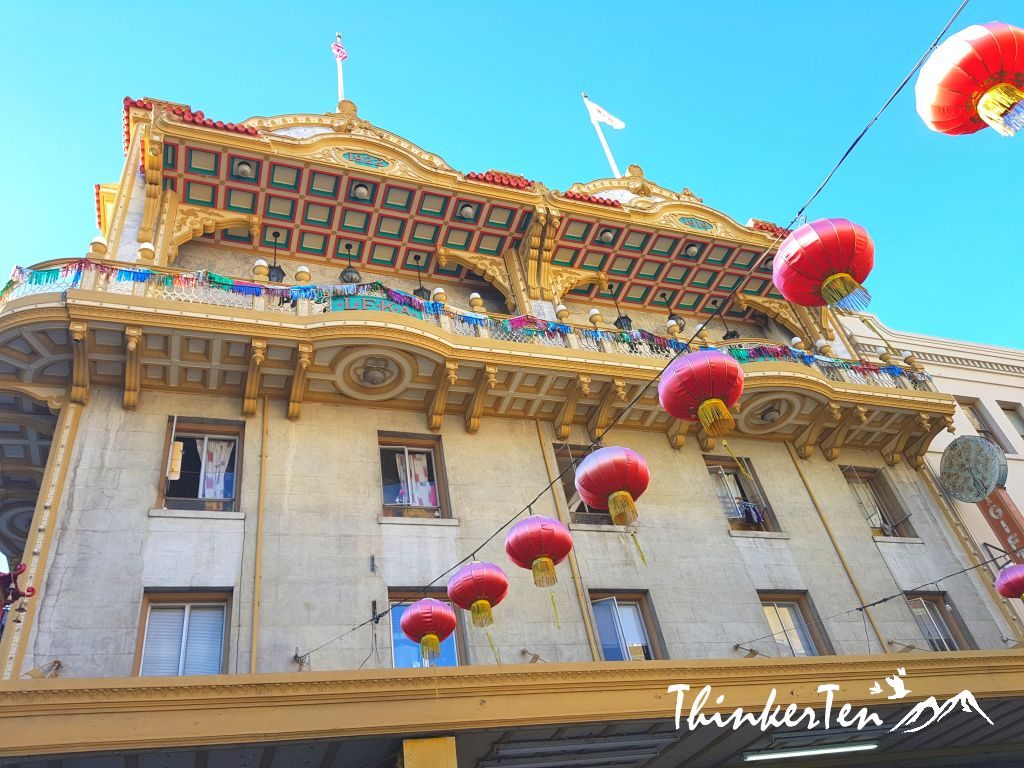 Waverly Place – known as ‘the street of painted balconies’

The balconies here are painted with bright colors, don’t forget to raise your head up to look. 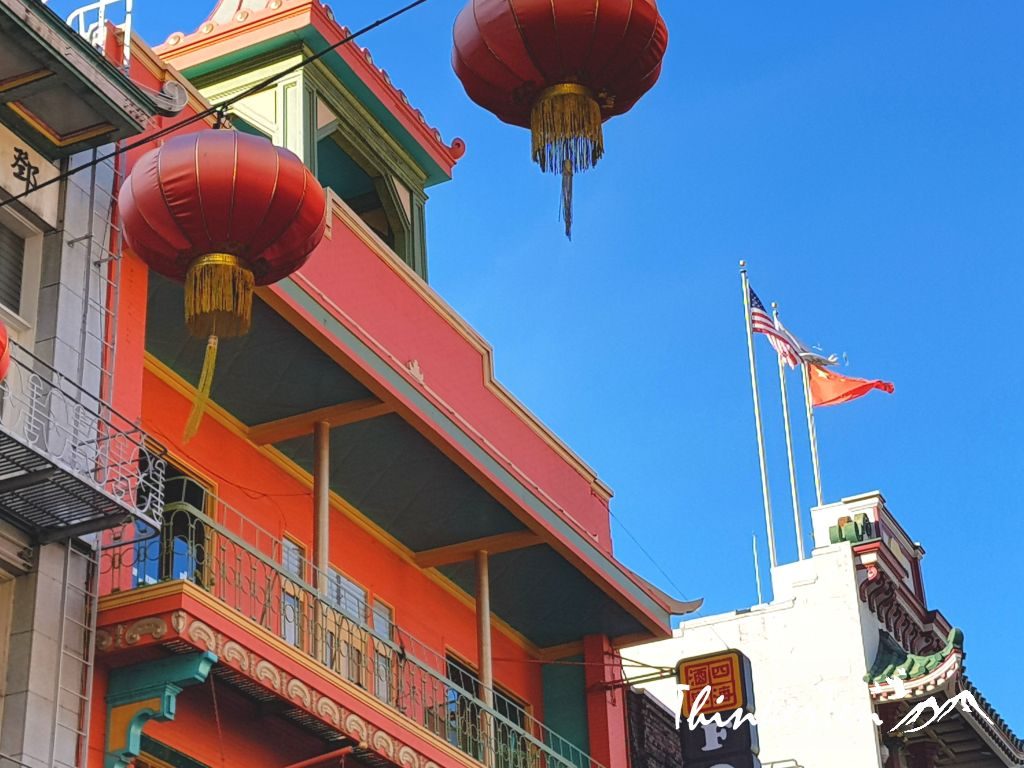 Vietnamese Pho is served everywhere, even in the Chinese restaurant.  The shop owners are Cantonese speaking background by hearing their accents, probably from HK or Guangdong China.  Vietnamese Pho has become so popular in America that most Chinese restaurant are selling pho noodles too.  Pho is not Chinese, it is Vietnamese cuisine, in case you don’t know what it is.  In America, there are two popular Asian food –  Pho and Sushi.  You can find them even outside Chinatown, it pop out everywhere just like 7 Eleven shop. 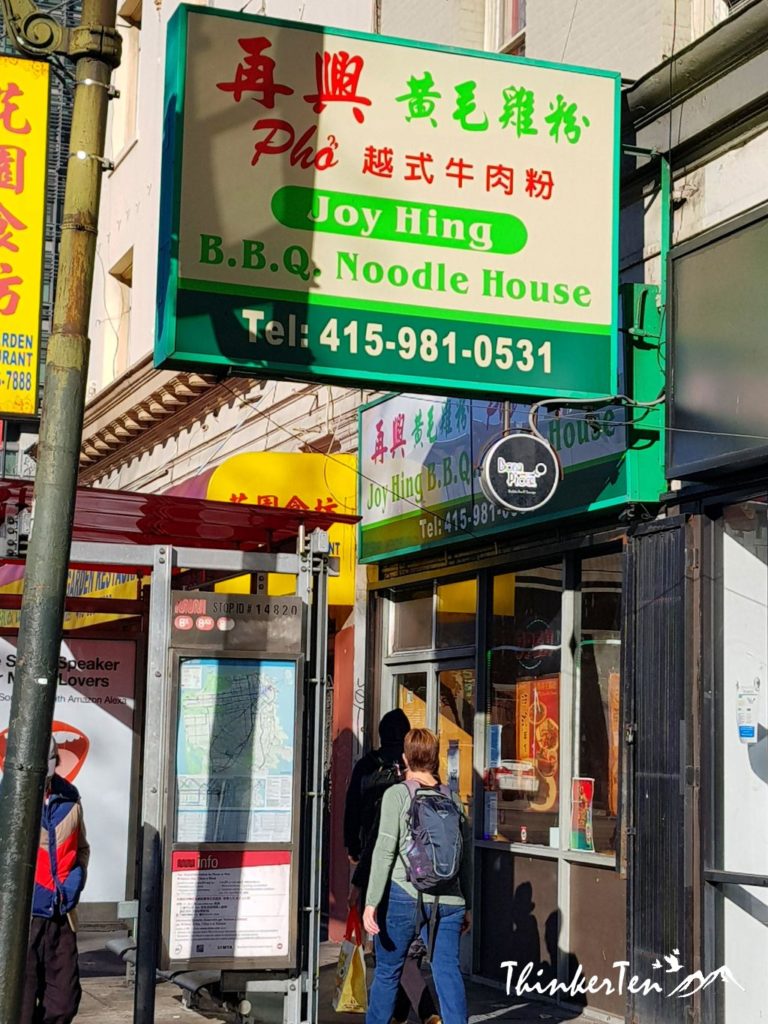 If you walk further away from China town, you will see SF CBD area, you will notice all the skyscrapers. 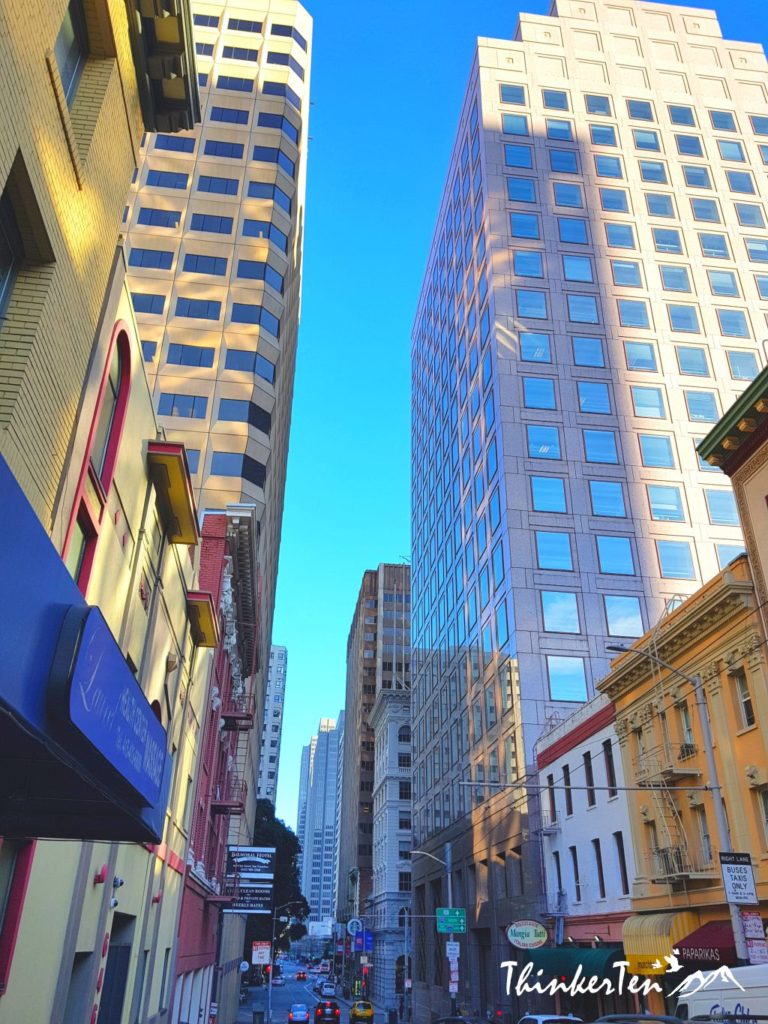 Parking is really a headache in China town, I would say any China town in the world.  Be it Sydney, London or San Francisco.  We managed to find a spot finally but it was valet parking so the staff will help you park your car.  The price is about $12.00 for an hour, $6.00 for half an hour.  Valet parking seems to be very common in America, I notice most parking area is Valet parking.  May be they wanted to optimize the space because the parking area are very limited in China town.  If you don’t prefer other to touch your car, then you may not like valet parking. 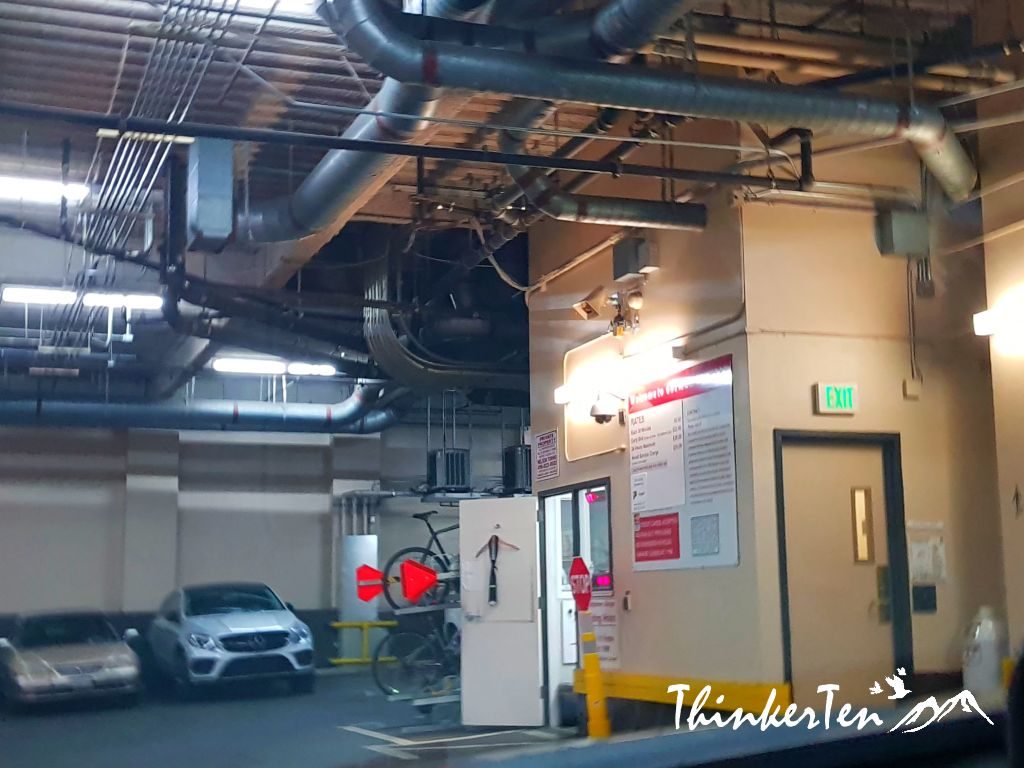 One of the most important thing is to check out the Chinatown Gate which is also the most photographed structure.  I don’t see it that fascinating but quite old and low profile as compared to other Chinatown in the world.

Not sure driving to Chinatown is a good idea as parking is kind of a headache.  You may want to consider using public transport to get here.

Lombard Street @ San Francisco – the most crooked street in the world!

I love SF. So much to do and so much culture.

I so enjoyed this. We have a ChinaTown here in South Africa too, but it’s nowhere near as big as the one in San Francisco. In fact it’s more a collection of shops and very few people actually live there. I’d love to see the “real” thing one day and just absorb all that culture

This China Town looks to enriched with culture. I bet it is brilliant to explore and find out more about the history!

This is giving me so much a feel of Chinatown and that tradition feel of cultural blend.

What a fun and great experience you had. This is such a great place to visit. I’ll definitely go here one day with my family.

It looks so beautiful and so colourful, I love seeing places where cultures mix and mingle in such beautiful ways. I’ve always wanted to see San Francisco but not I want to see Chinatown too!

Wow what a beautiful place! If I get a chance to visit sanfran i’ll have to make sure i make a stop off in china town!

I haven’t been to San Francisco for the longest time. I love the graffiti.

What a fun post! I loved seeing these photos with your narrative. Have fond memories of going to SF as a child, accompanying my mom to visit my older siblings. The hills freaked me out as a child, but the nostalgia of this place still holds a dear place in my heart. I never knew Bruce Lee was born here… Wow! Thats awesome <3

San Francisco is one of the city’s that I really want to go to soon. I briefly went to Chinatown in NY. I’d like to go to the one in SF. You have really great photos!

That looks like a great place to visit. China Town looks colorful and rich in history and culture. Will surely add this with my bucket lists this 2018.

I can’t wait to visit San Fransisco city again. How colorful and vibrant is this neighborhood. Looks festive and fun. Also love what you are wearing.

Sounds like a great adventure in Chinatown (San Francisco)! I love the city and have been many times. Love the colorful structures and red lanterns!

There is another reason to visit SF one day! I admit I had no idea there was such a big China Town and the birth place of Bruce Lee. Thank you for soany great pictures and info!

This place looks so great! And their food look so delicious. This must be on our bucket list.