One of the top attraction in Canberra is the Australian Parliament House (entry is free), the unique architecture sit at the top of Capital Hill. The building is crossed by two axes, north-south, and east-west, representing the historical progression and legislative progression of Australian democracy. Since it is built at the top of the hill, you will see the architecture from far away. 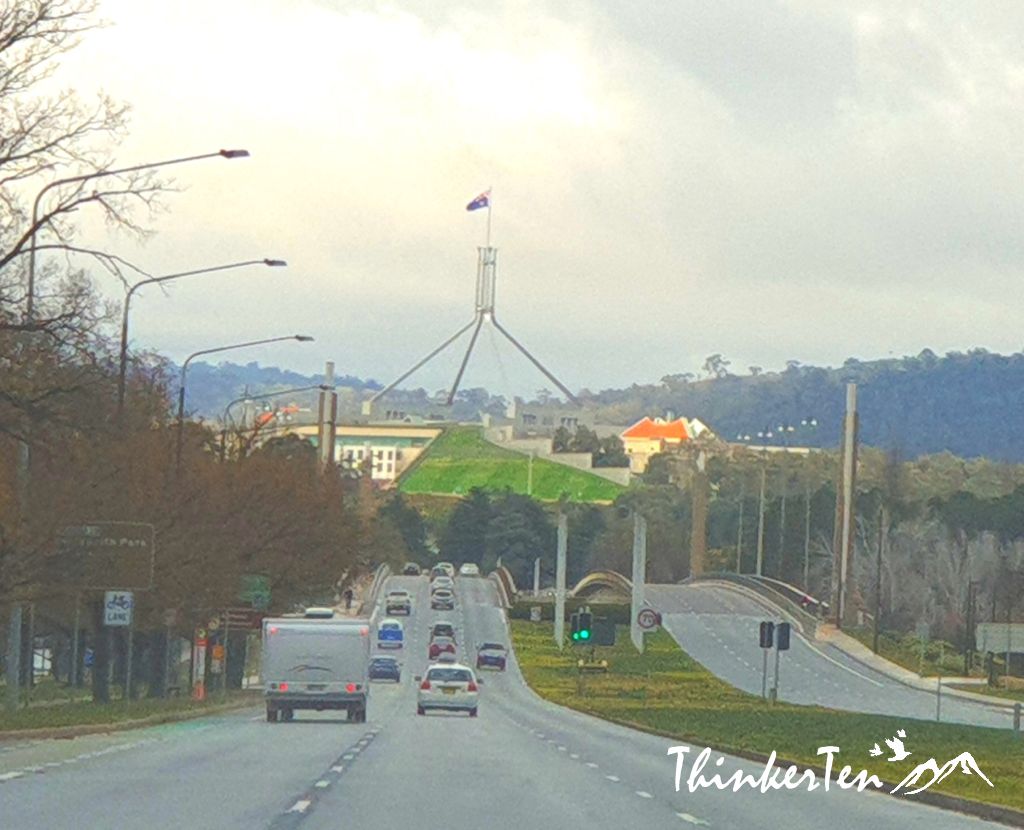 Parking is at the basement of the Parliament House,  you can park your car freely if you visit during the weekends, public holiday and within the first two hours of weekdays. 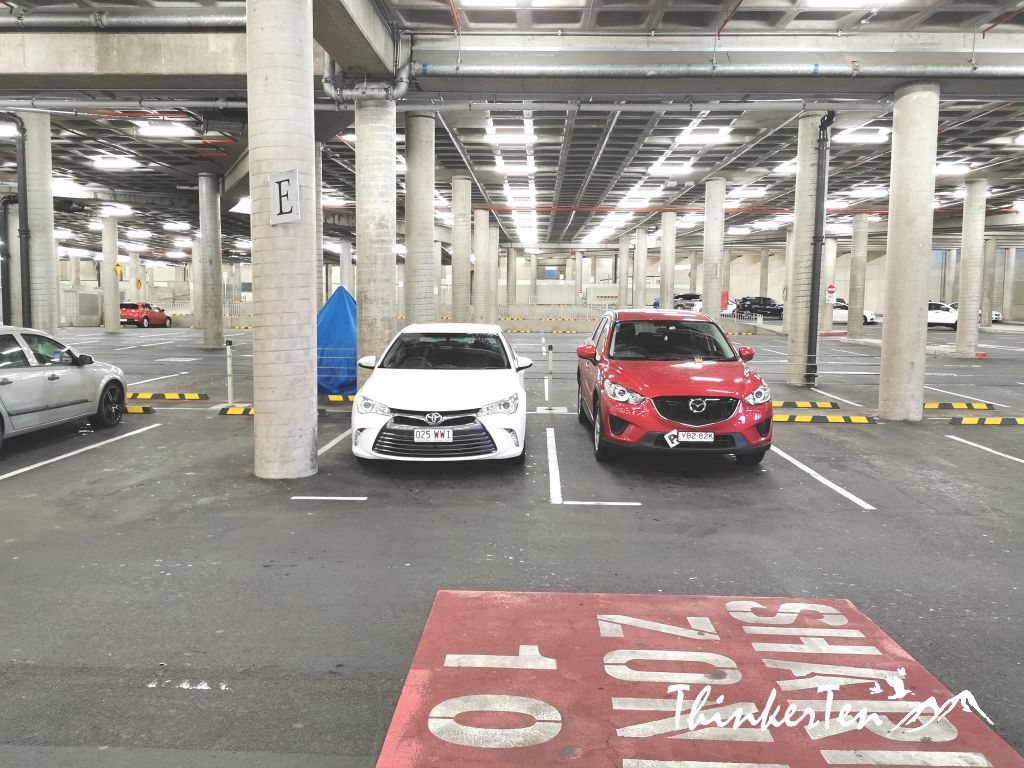 There is a tight security check with metal detections at the entrance but officers on duty are friendly. After you pass that, you are free to roam to most sections of the building including the public galleries. 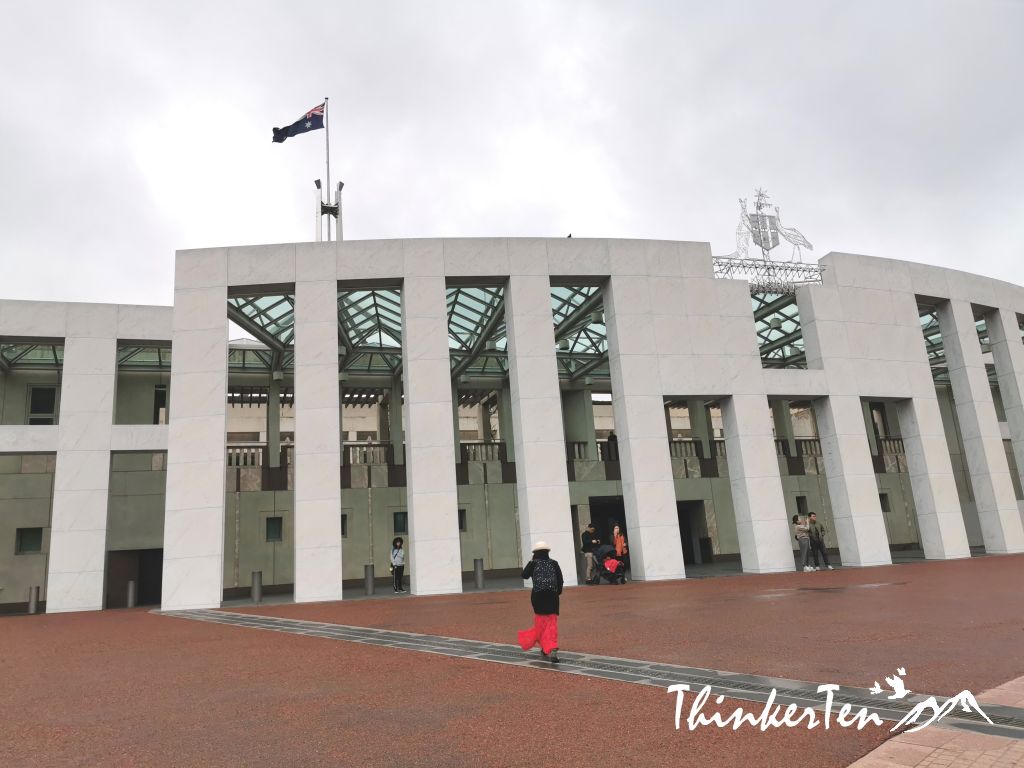 Gallery with the Aboriginal Arts

Some of the nation’s most important art can be found at the gallery here. 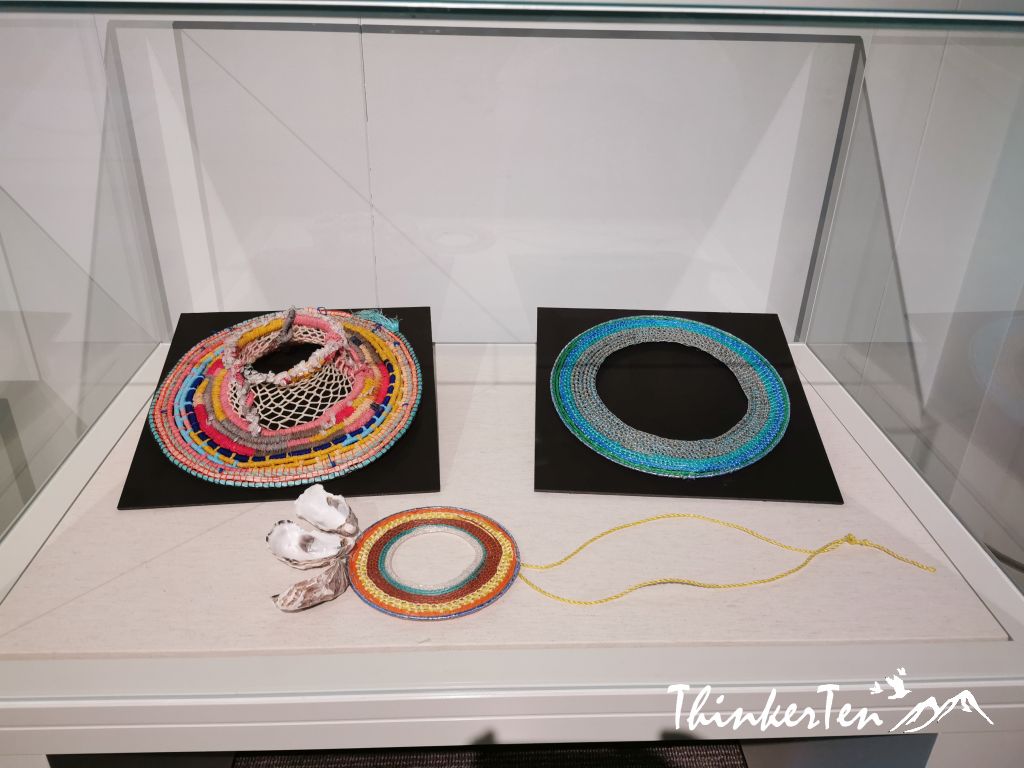 The name Canberra means “meeting place” that is derived from the Aboriginal word Kamberra. This capital city is deeply rooted in its Australian Aboriginal culture. 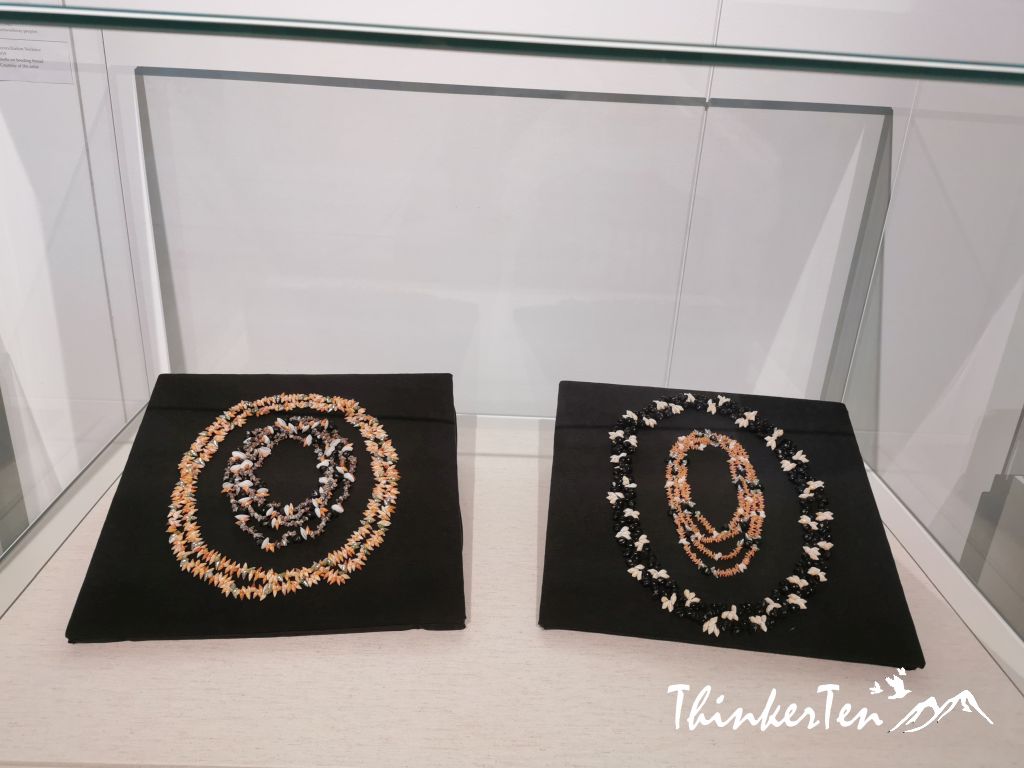 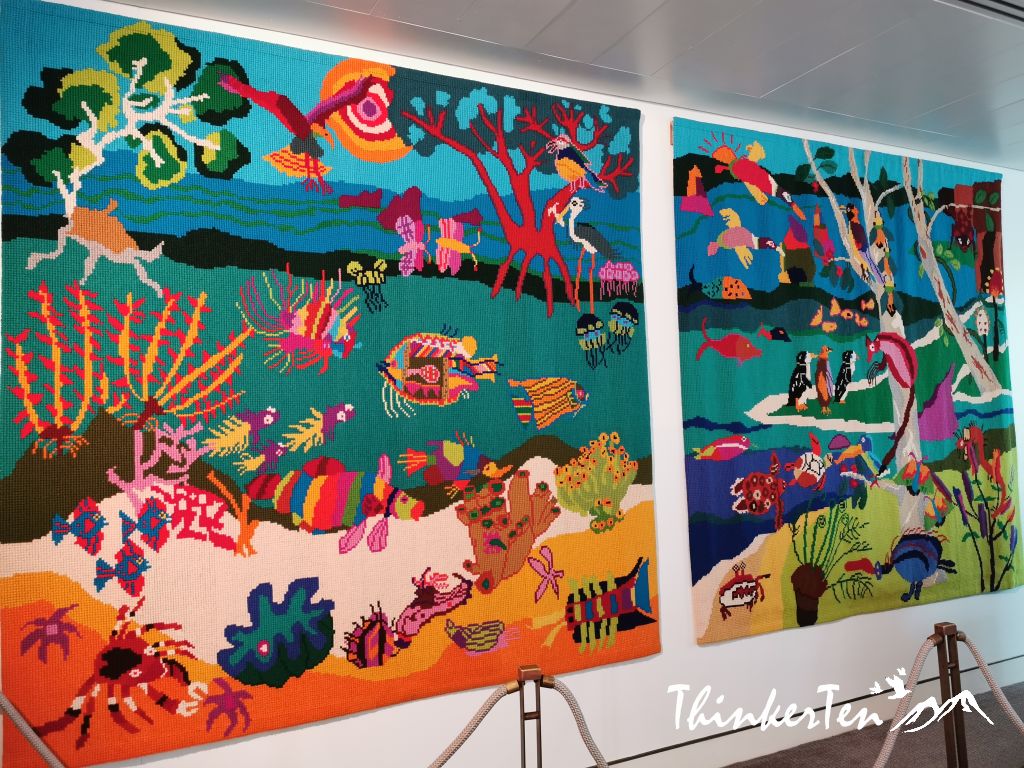 Aboriginal peoples have used dots in art and other forms of expression for a very long time. The displays here can be seen in symbolic pattern of dots and lines. Aboriginal art is well-loved in Australia and everyone wants a piece in their house. 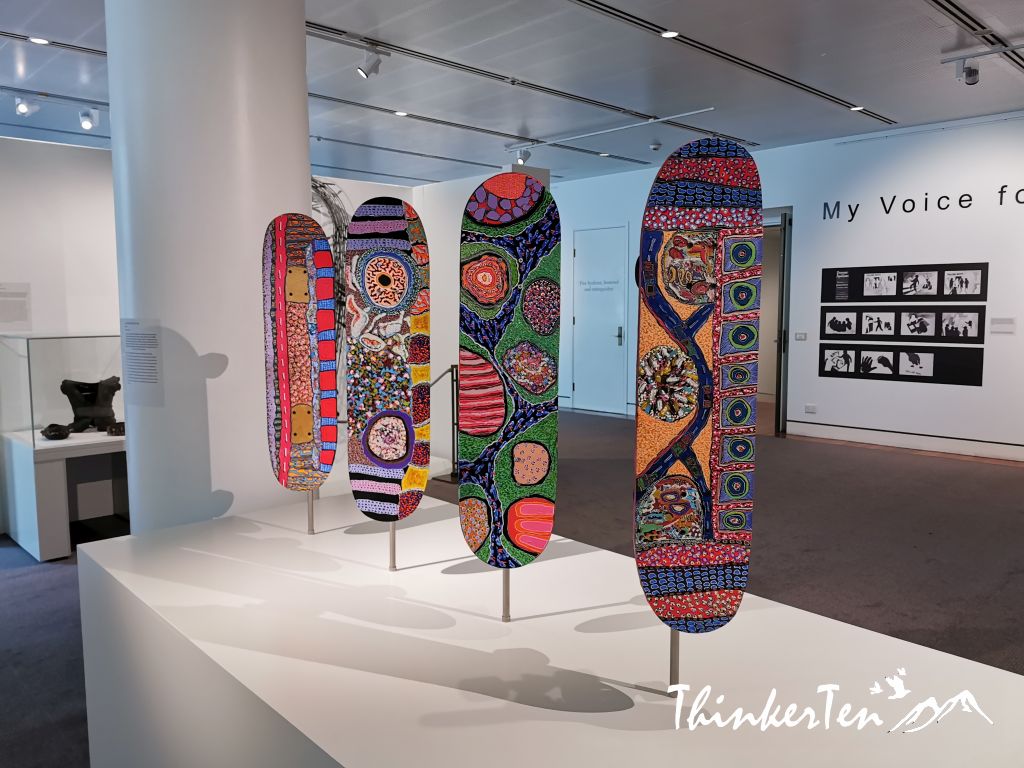 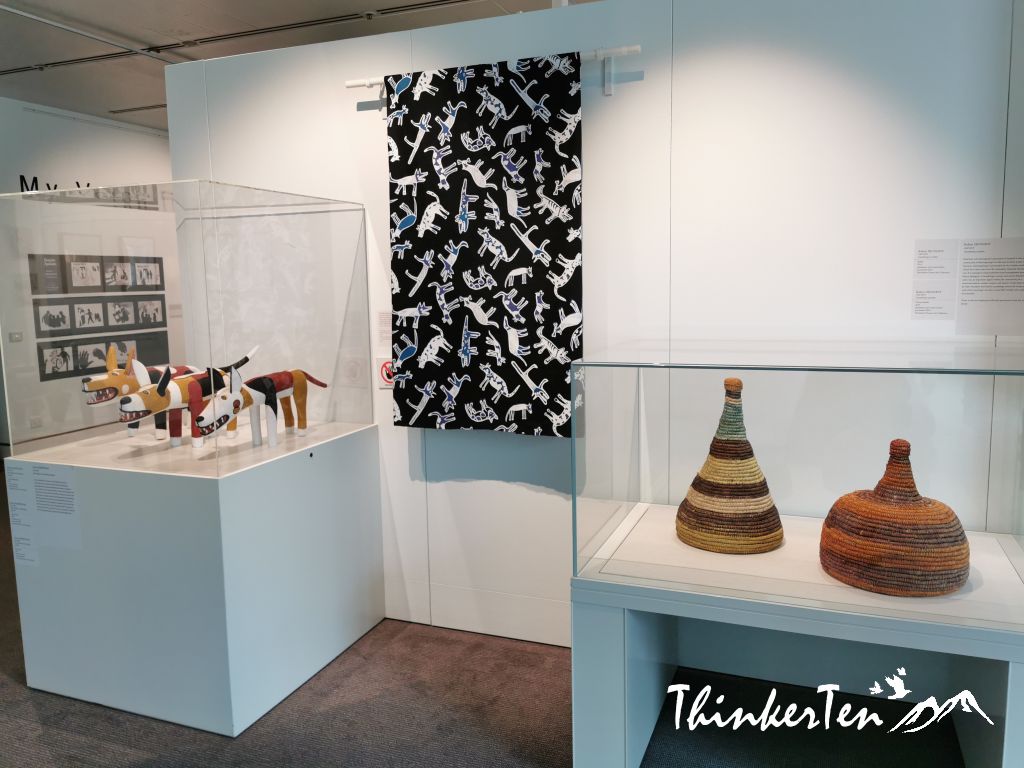 Please take up the free guided tours (40 minutes) and follow the expert to learn about the Parliament house,  depart from the desk in the foyer at 9.30am, 11am, 1pm, 2pm and 3.30pm. 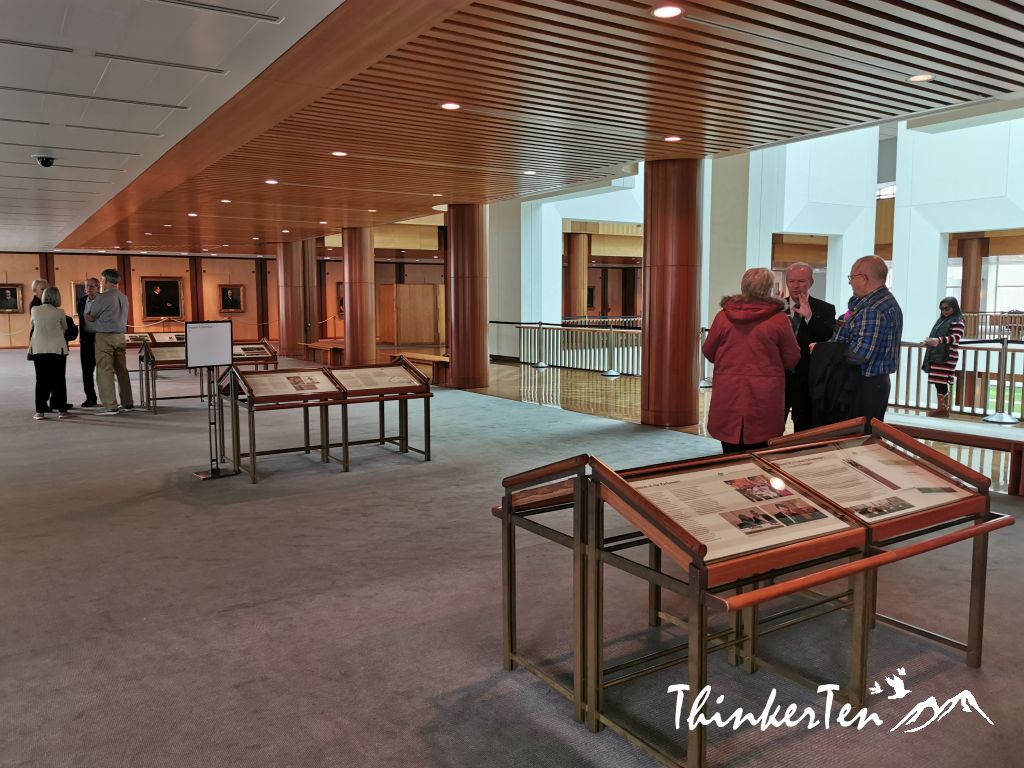 When the Great Hall is in use, it is for large formal receptions, dinners, and significant national major events. But during our visit, it was a great playing ground for the kids, running around freely at this huge space. The timber walls and flooring looks stunning.  Don’t forget to look at the big tapestry in the Great Hall, near the stage which was designed by Arthur Boyd, a leading Australian painter of the late 20th century. 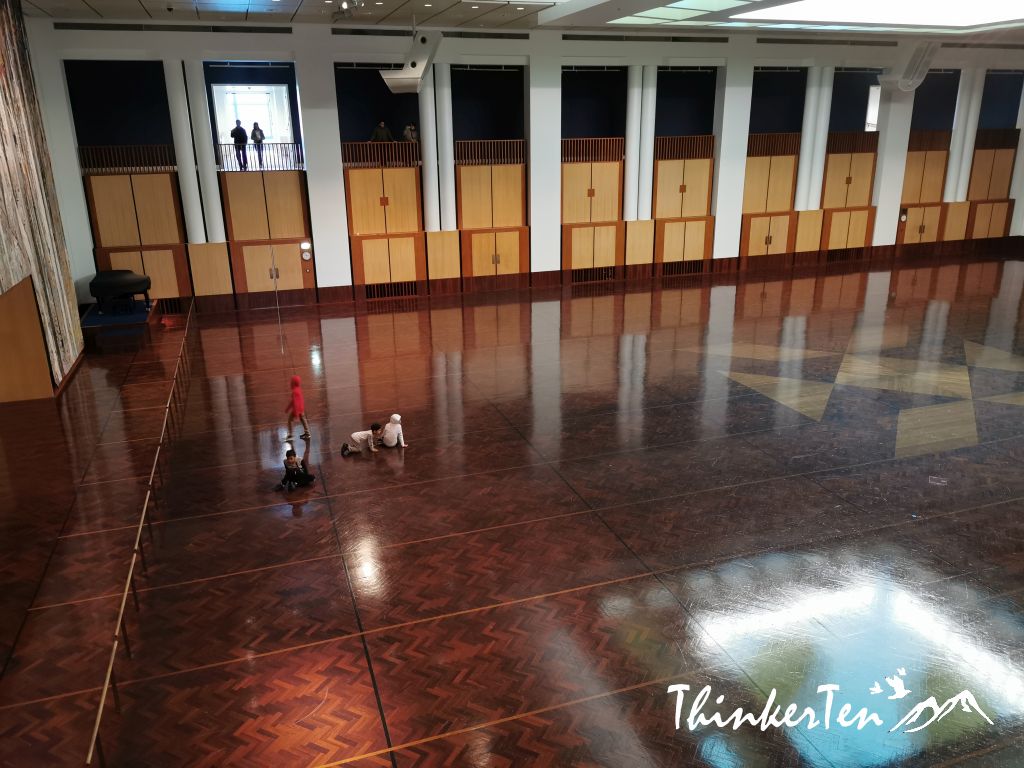 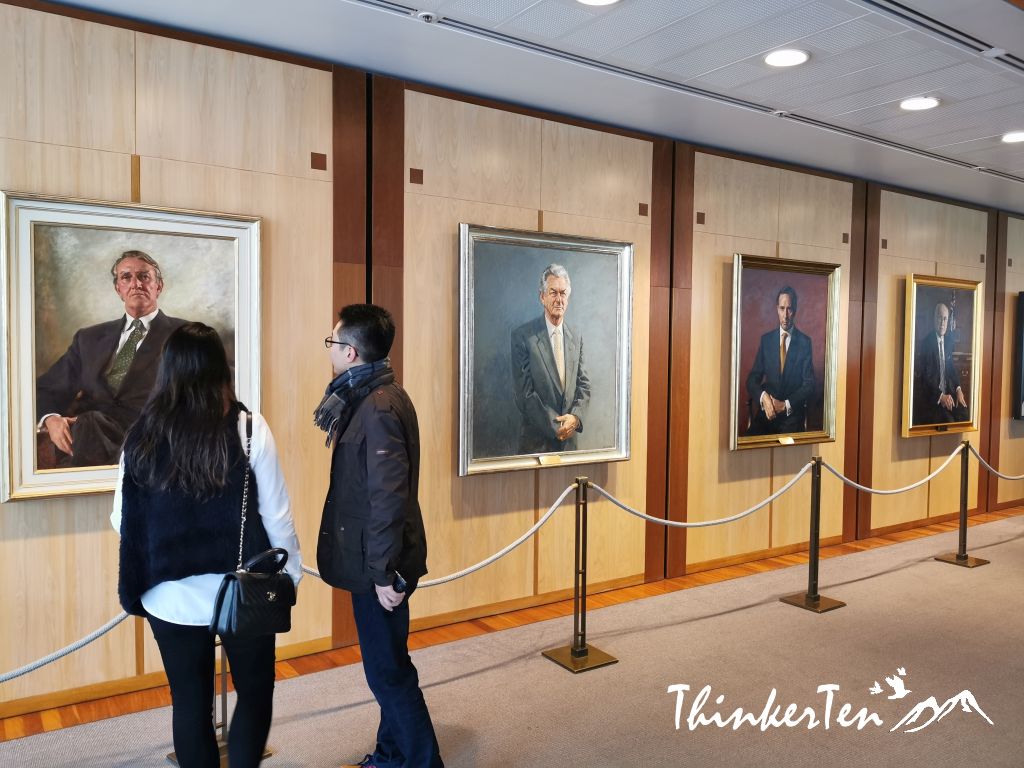 The red seats here the Senate or upper house, it has 76 senators.  Please don’t forget to visit the green seats, The House of Representatives. 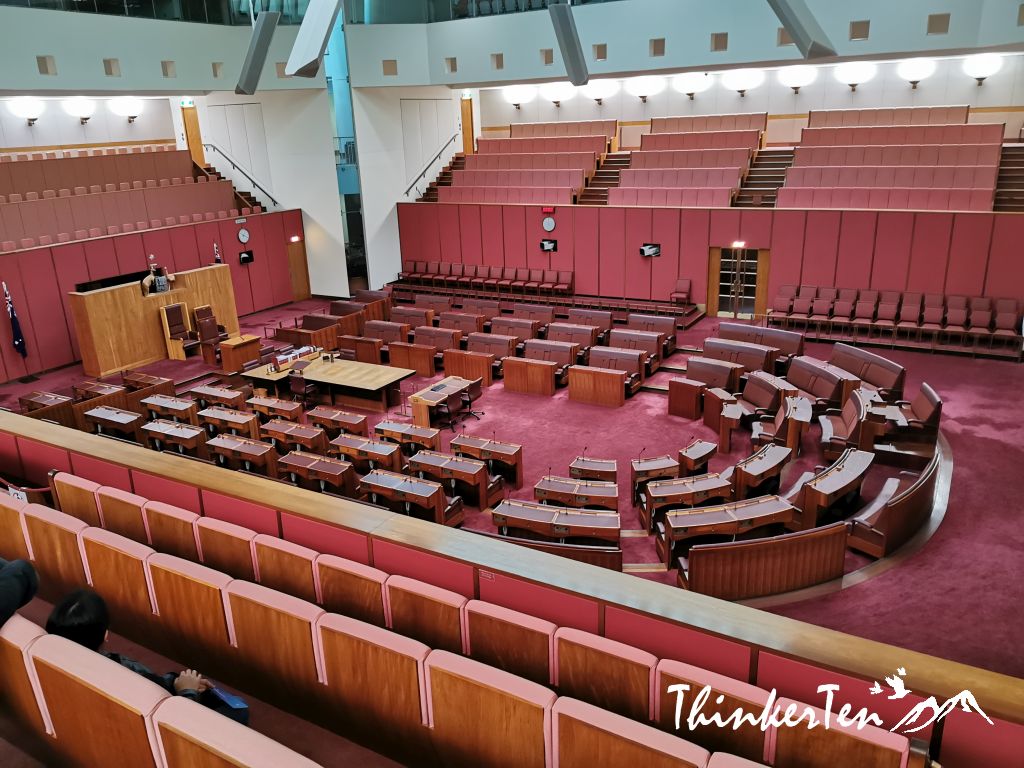 You may zoom your camera to take the picture of the President’s chair, it has two representative animals, an ostrich, and a kangaroo. The President’s chair was crafted by Candian artisans Almer Komendant and John Jones, as a gift from the Canadian Parliament and people, from North American cherry and walnut woods, leather, and wool.

You may want to do the counting on the number of marble columns here, the total is 48 of them which are imported from Italy and Portugal. There are a pair of marble staircases and I was standing at one side of it. Look at the floor and you will find a series of circles, semi-circles, and triangles of white and black Granitella Nero limestone from Belgium and these limestones are full of fossils of sea life that existed some 345 million years ago.  The Marble Foyer is great place for photos. 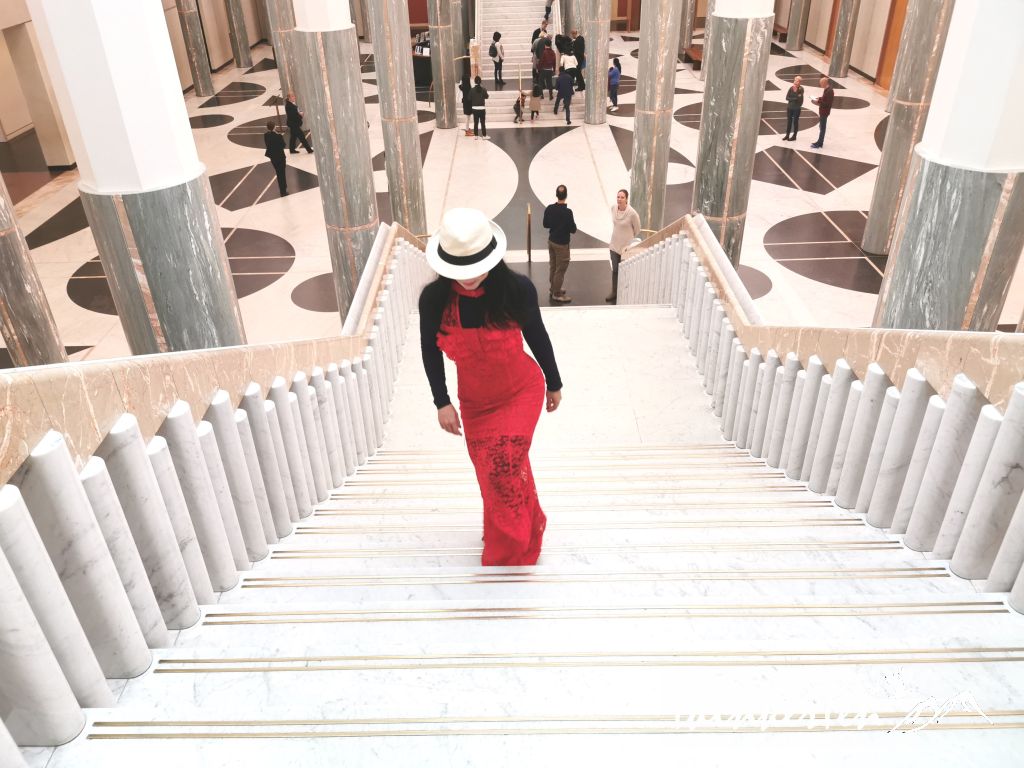 Touch these marbles if possible and feel it.

The building in white is the Old Parliament House. it can be seen from the new Parliament house. Now the building is a museum and open for tourists every day from 9am to 5pm. 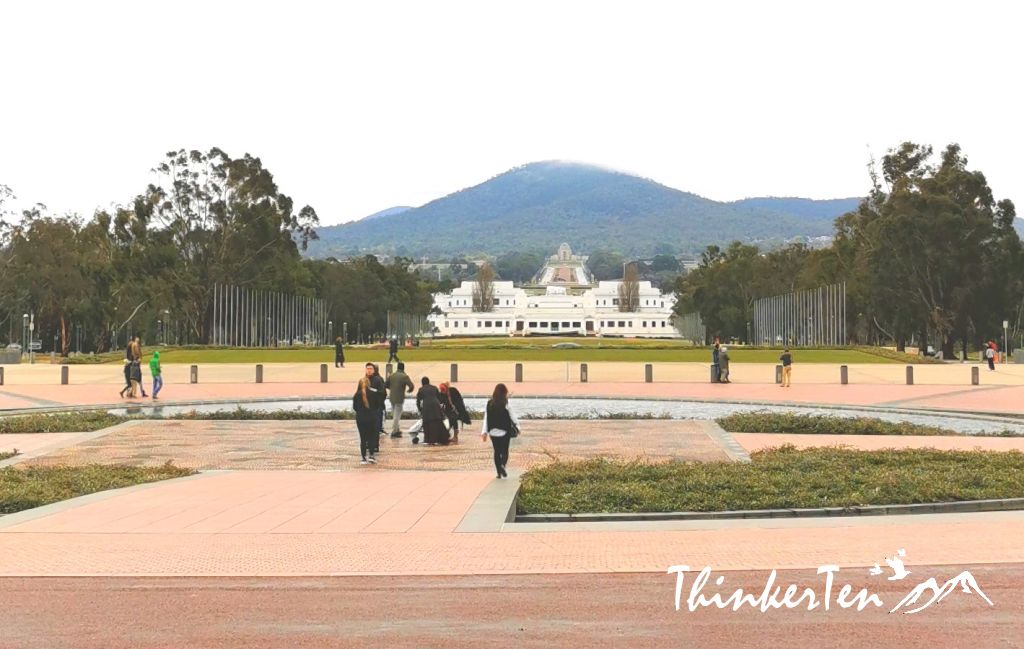 The best way to explore the Parliament House in Canberra is to go with a guided tour, it is free of charge.  Just be there at the right timing. You also get to see democracy in action, at the upper house in red and lower house in green plus lot of Aboriginal Arts from the galleries here.

Oh yes, the ground-level view of the Parliament Hous is in the shape of the boomerang design.

I can’t believe that the parliament inside it also preserves the traditions of the people it represents, it’s beautiful!

Your posts make me want to visit Australia even more. There is so much to see!

That’s such a cool building – inside and out. But your amazing dress kind of steals the show 🙂

I can’t wait to visit Australia one day! How cool!

what beautiful art! this post really makes me wanna go to AU!

This sounds like such an interesting place to visit. Lots of beautiful architecture and history!

I really like visiting parliaments when I travel, mainly because I used to work in one! The Australian Parliament is lovely, and interesting inside too.

I love the art here is so beautiful. There is so much history here. I would love to visit one day.

I am sure this is such an important place! I would love to visit this with my family. Looks like a really great place.

What a wonderful meeting place! Thanks for highlighting such an interesting spot.

What an interesting place! The artwork is beautiful…Australia is such a wonderful place to visit.

Surely a great place to visit, hopefully one day I’ll be able to see it myself 🙂 The artworks on display are so beautiful!