Along the River During the Qingming Festival (清明上河图)

Qing Ming Shang He Tu is one of the studios in Hengdian World Studio that you should not miss. Recent drama -The Story of Minglan 知否知否应是绿肥红瘦 was filmed here too. So you will see many of the familiar scenes here.

When you are in Hengdian, you have to include this studio in your combo ticket. 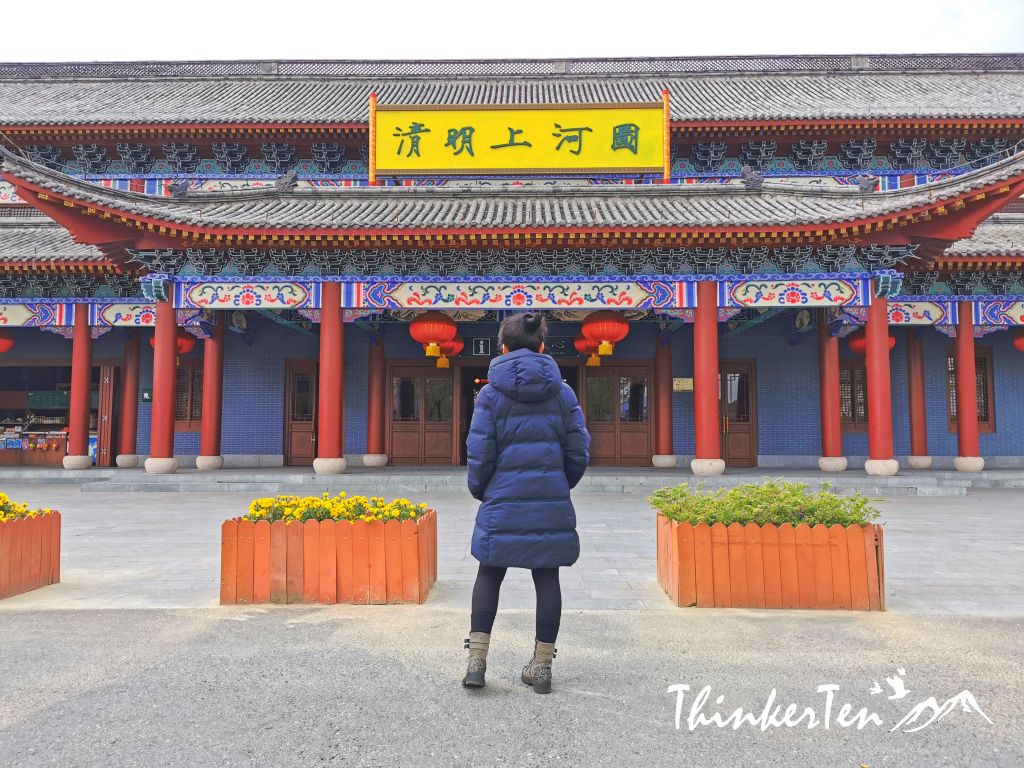 Qing Ming Shang He Tu is actually a painting!

In case you are not familiar with the history of Qing Ming Shang He Tu, here is some of the background information. Qing Ming Shang He Tu is translated as Along the River During the Qingming Festival, it is a famous painting by the Song dynasty painter Zhang Zeduan 张择端 and it captures the daily life of people and the landscape of the capital, Bianjing (Kaifeng 开封) during the Northern Song. The painting is considered to be the most renowned work and it has been called “China’s Mona Lisa”

The Qing Ming Shang He Tu studio was built base according to the painting.  Everything in the details such as old teahouse and moon-shape bridges is built according to the original painting 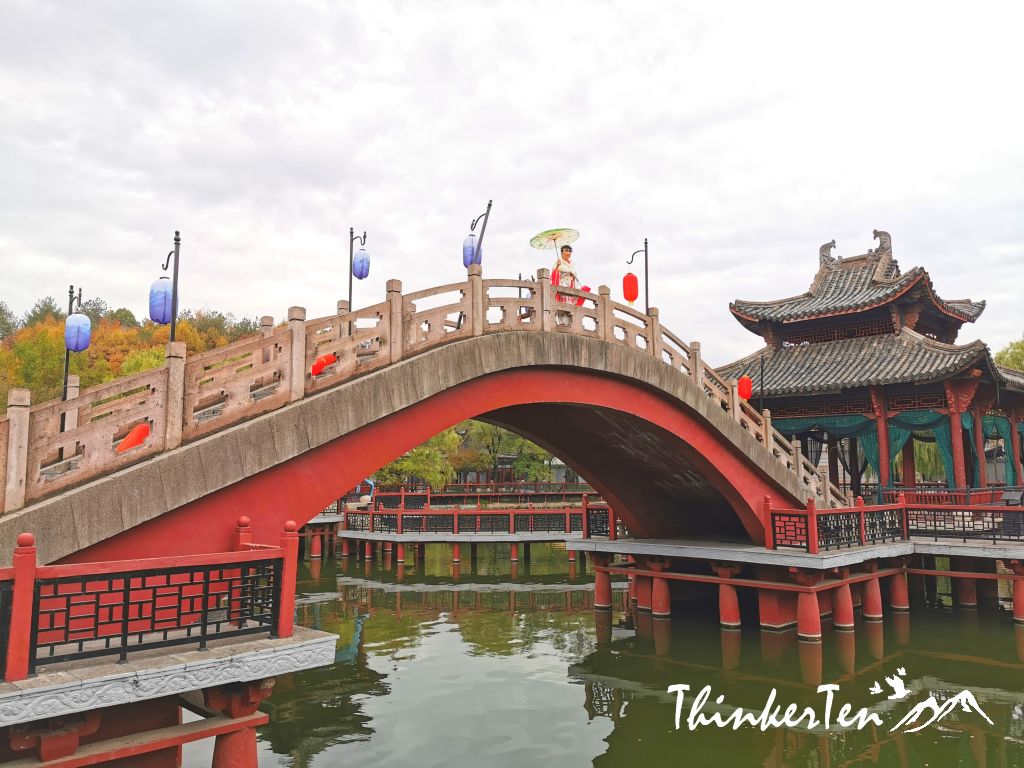 The first thing when you entered the studio, you felt like you are stepping into the famous painting of Qing Ming Shang He Tu. There is a river in the painting so you will also see it when you enter. The feeling from the Qing Palace 秦皇宫 or Palace of Ming and Qing Dynasties 明清宫苑 are not the same. This is not a palace but an ancient replica town during the Song Dynasty. 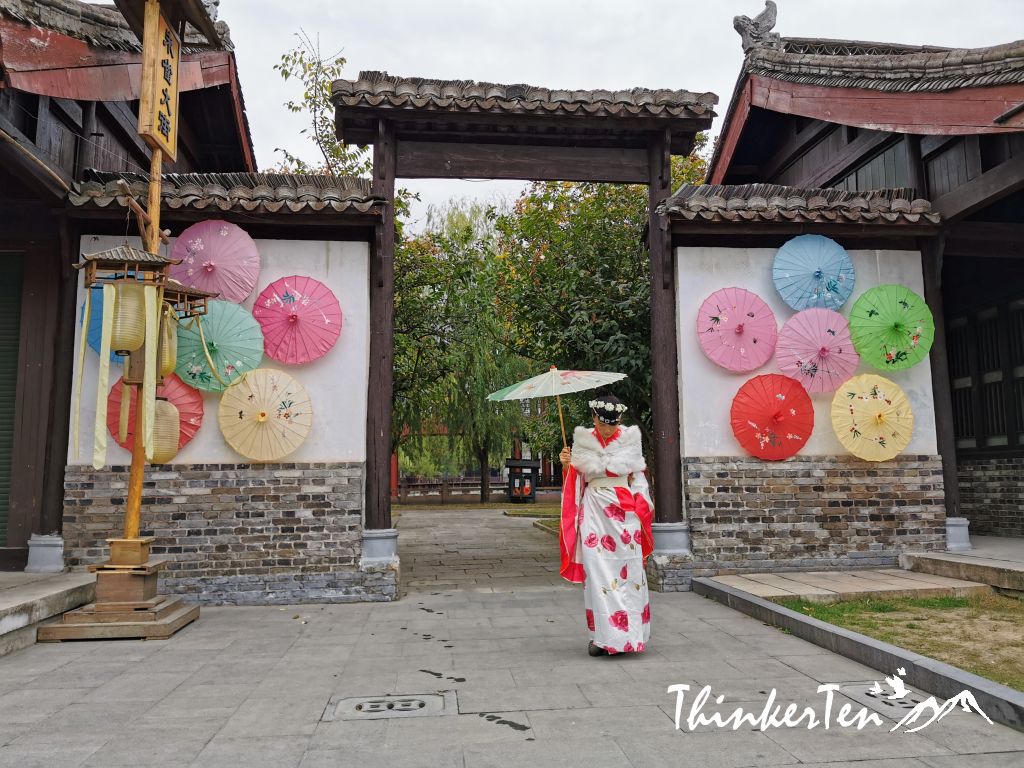 If you are lucky, you will see crew filming and you can watch them without giving them any trouble. Just do not make any loud noises. This studio usually has large crowds of tourists so you may want to visit here early so that you can take pictures without any photobombs. 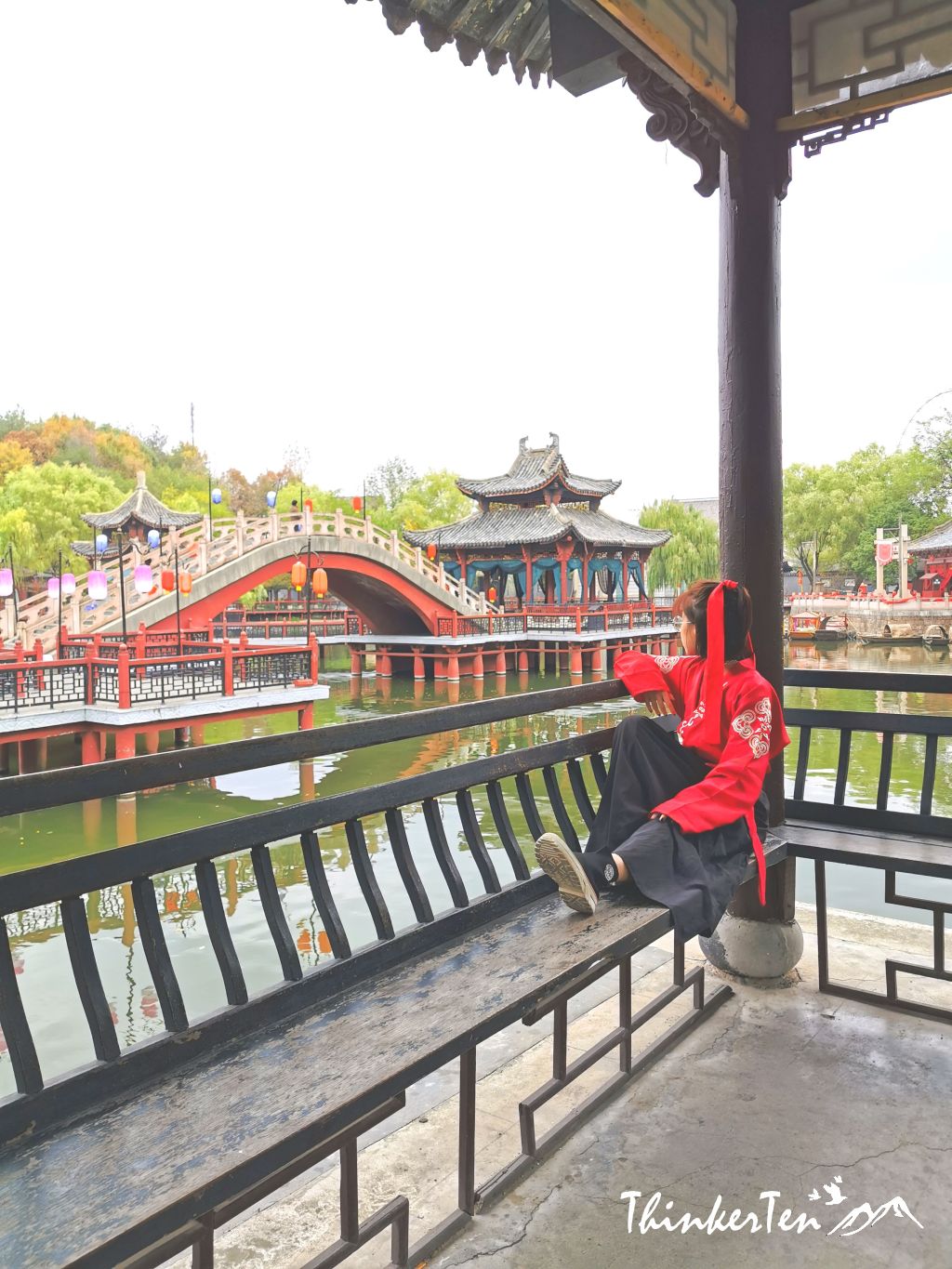 The free performances on Qing Ming Shang He Tu are the highlight. Among them you will see Chinese acrobatic performance in “A Dream of Yan Liang”, the performers are highly trained and skilled. In total, there are 4 performances so if you want to see all of them you have to visit the place early.

Most of the signboards are written in Chinese so if you can’t read Chinese,  it may be a little hard to navigate.  Hengdian World Studio is targeting local tourists and many foreigners do not know about this place yet. 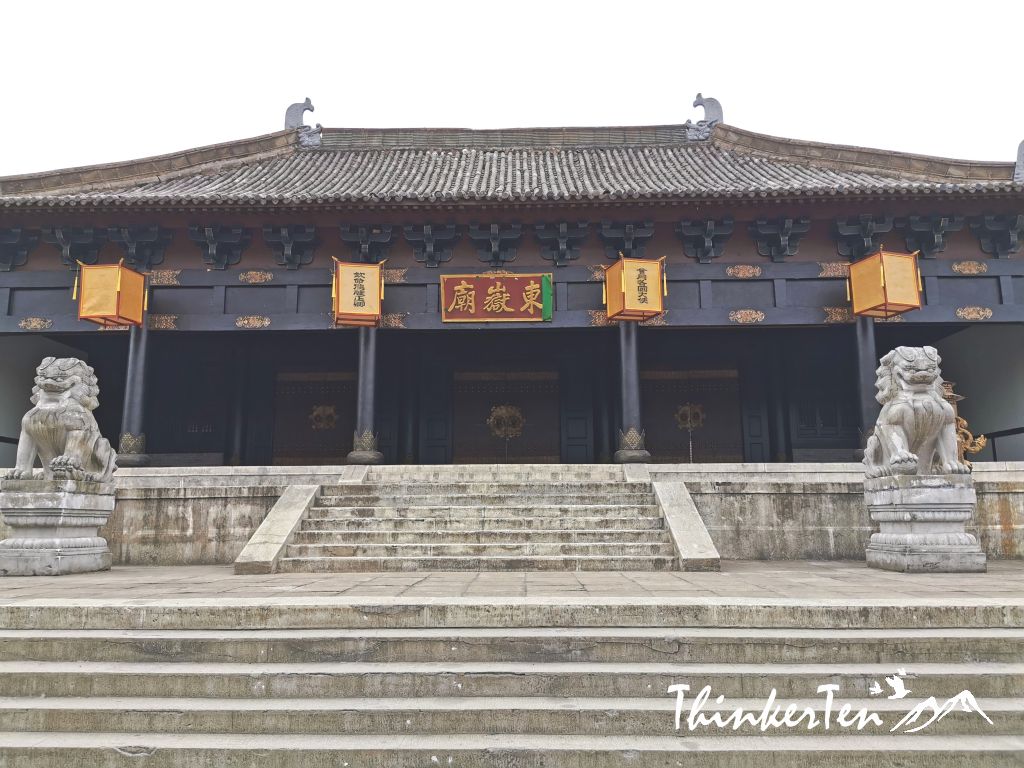 What to wear in Qing Ming Shang He Tu?

Costume renting is available inside the studio or outside the studio. You are encouraged to wear the traditional costume to walk around and shoot the picture. We brought our own as it is cheaper to have your own from Aliexpress or Taobao. Even if you do not like traditional clothing, you can wear modern qipao/cheongsam too. Your pictures will look wonderful with these colorful outfits. 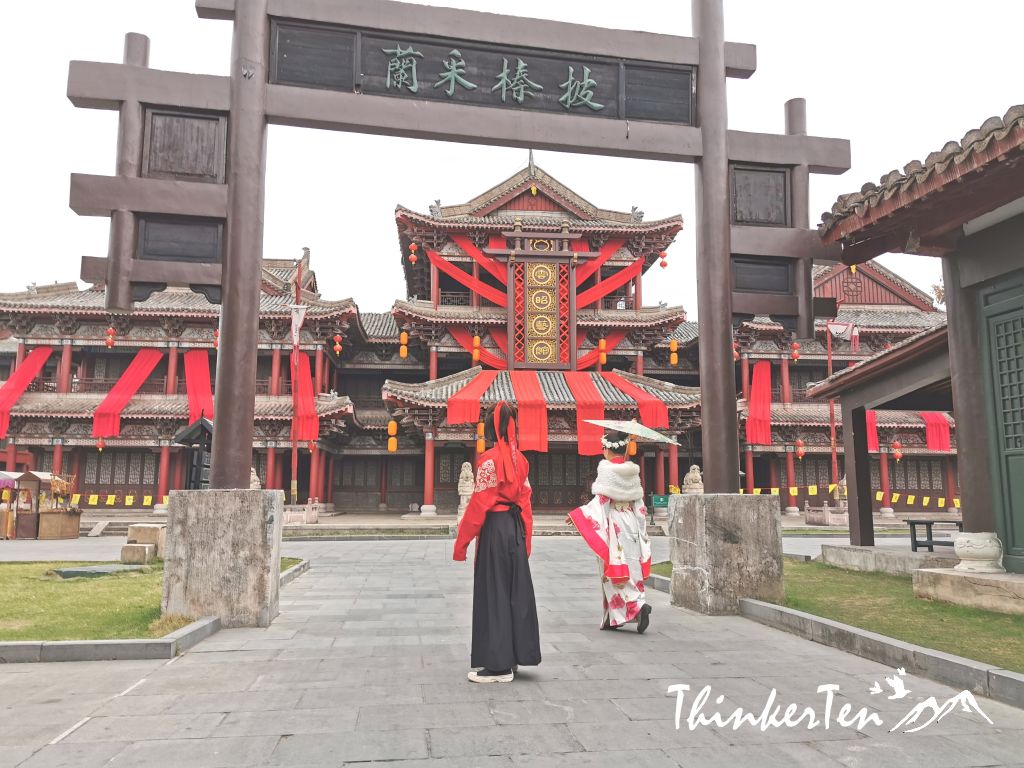 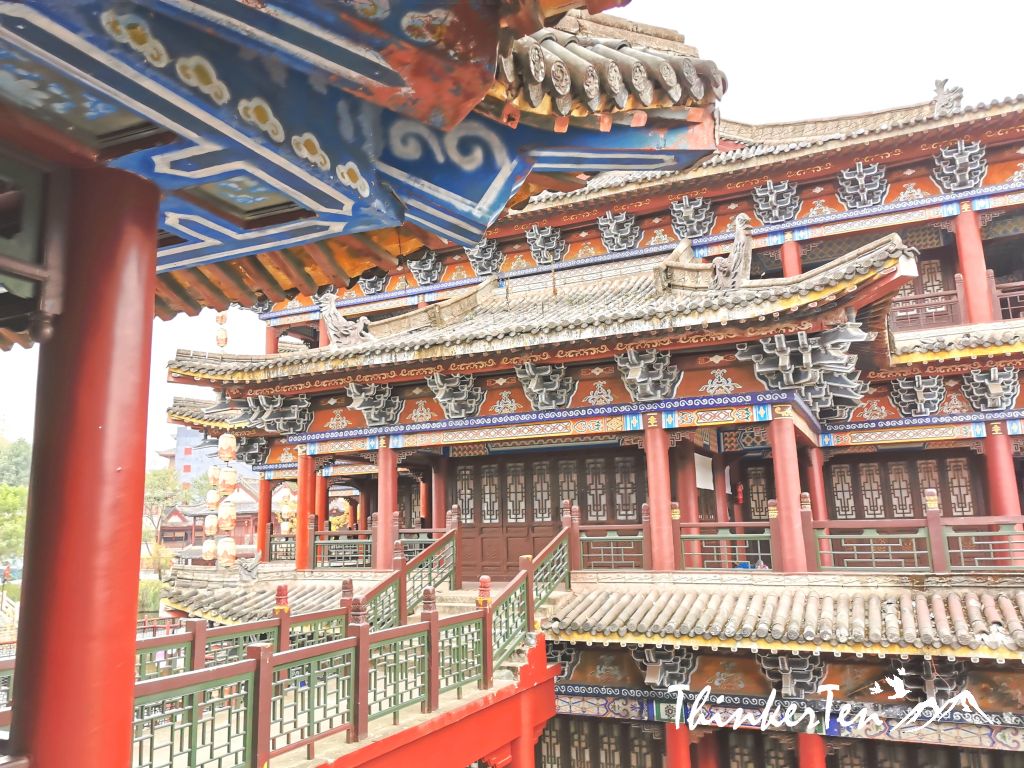 The architectural layout is very authentic and the good thing is many of the commercial layouts that surround the studio was well hidden. They built in a way that your photos won’t be affected by the commercial buildings nearby. 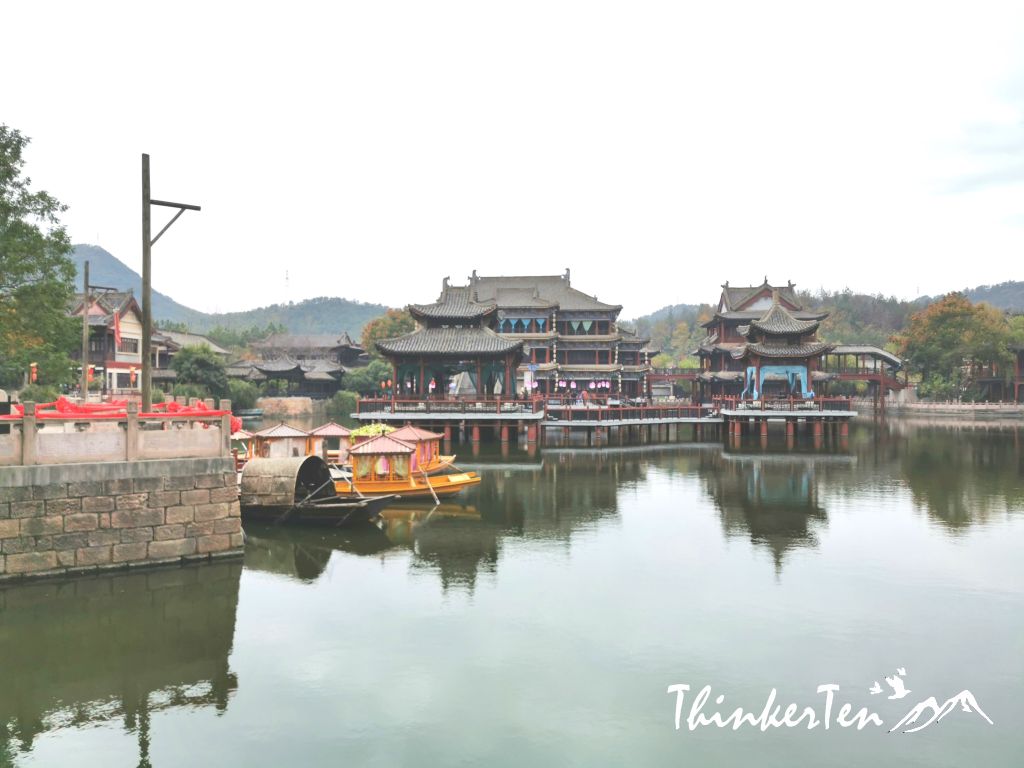 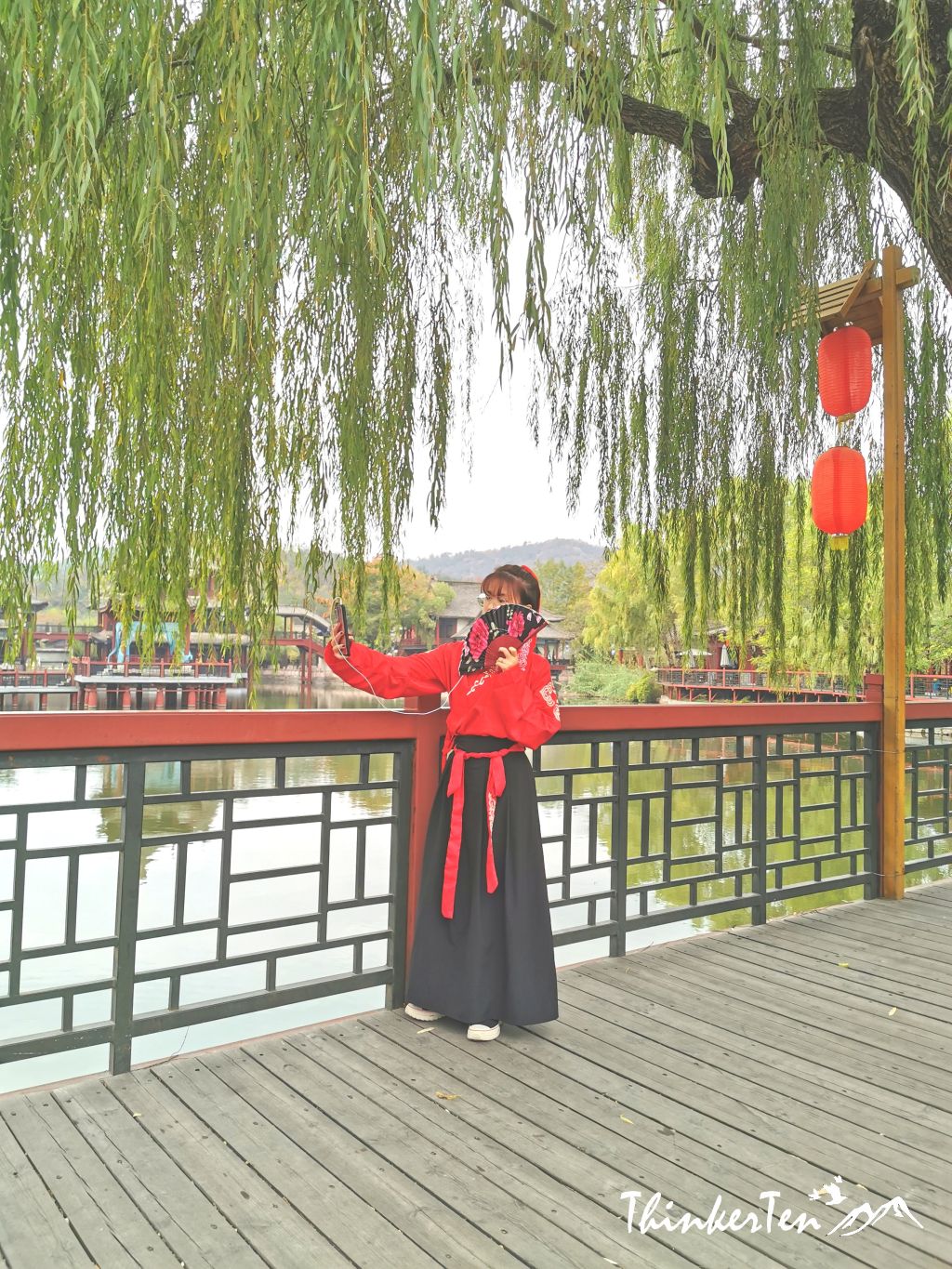 Let get to know a little about Hengdian. It is a small town in Dongyang City, Zhejiang Province. Hengdian gets very famous in mainland China after the world studios were completed.  The studios were first built for film making but it is only served as an entertainment center for the visitors.  The target visitors are 99% of local tourists from all over China. Do not underestimate this small town as it has the largest Movie and Television Base in Asia. Even Hollywood filmmakers have started to film their movie here as the cost is cheaper and tons of cheap labor. 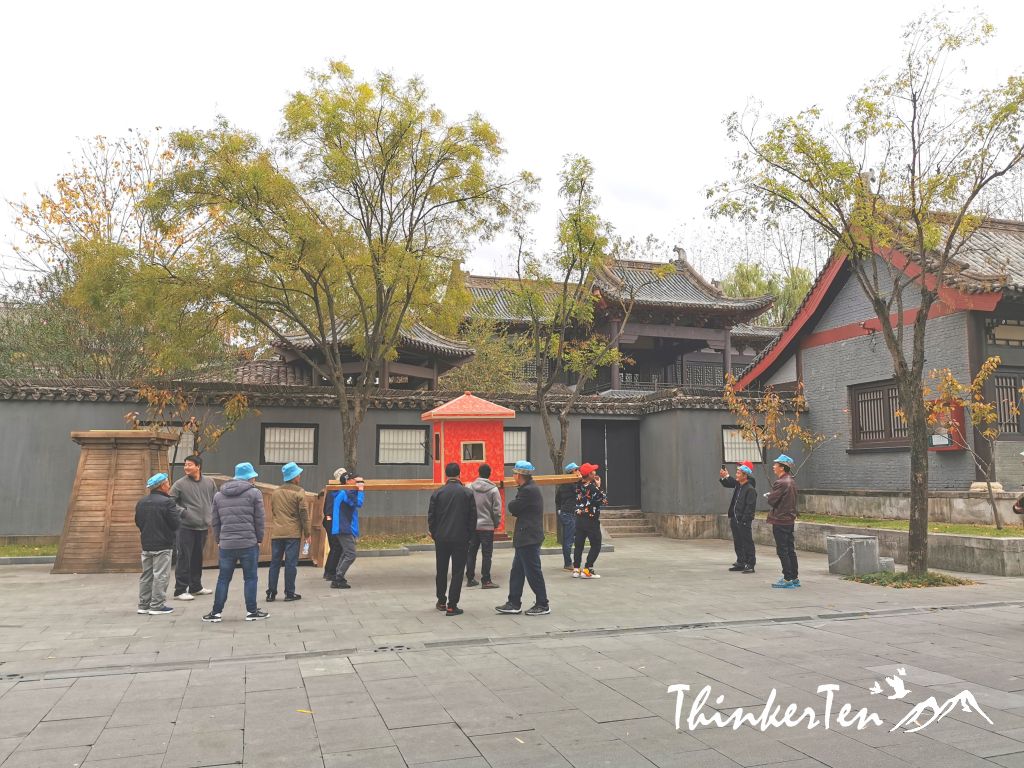 How many days should you spend in Hengdian?

You should stay at least 2 full days and choose some of the studios to visit. If you have a whole week, then you can visit most of these studios or you can pick some and spend about 2-3 days here in Hengdian. There are combo tickets sold online and if you purchase online you get a discount but only locals can purchase online because ID is needed to purchase online.

Many of the hotels offer combo tickets so you may want to check with your hotel.  Students are pensioners are entitled to discount of the tickets so bring along your passports as they will check the ID when you enter.  All entries are done with electronic fingerprints, very advanced. 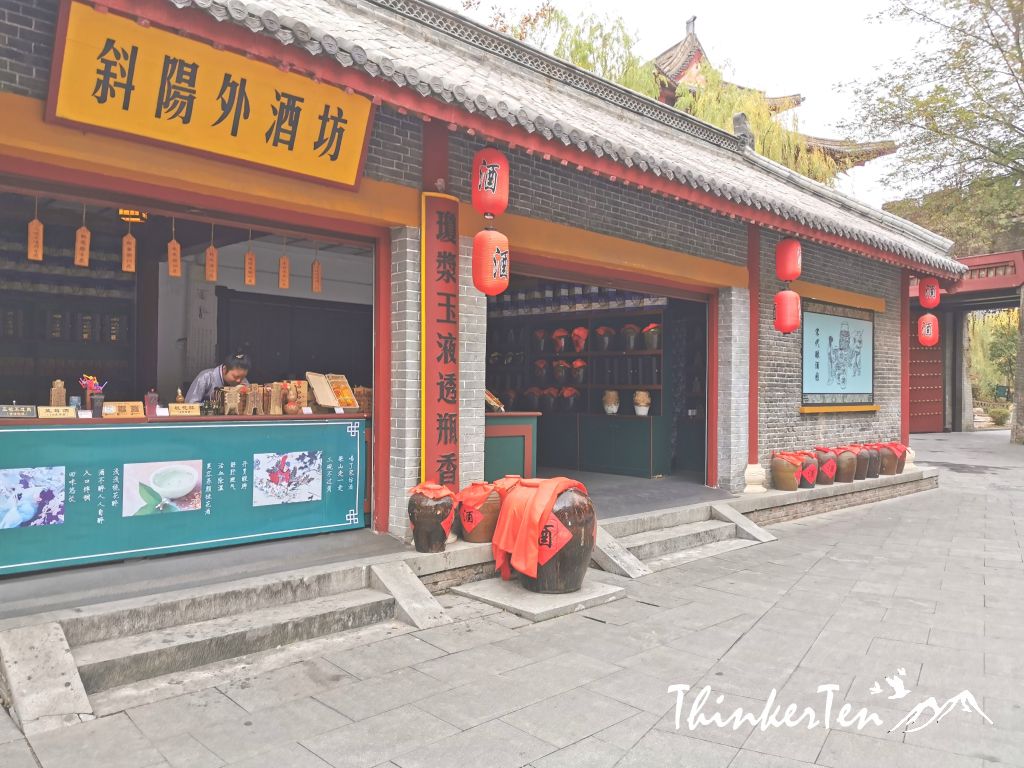 Facilities in the studio

All studios are well maintained, good walkways and washrooms are clean.  Most studios sell food and snacks too. 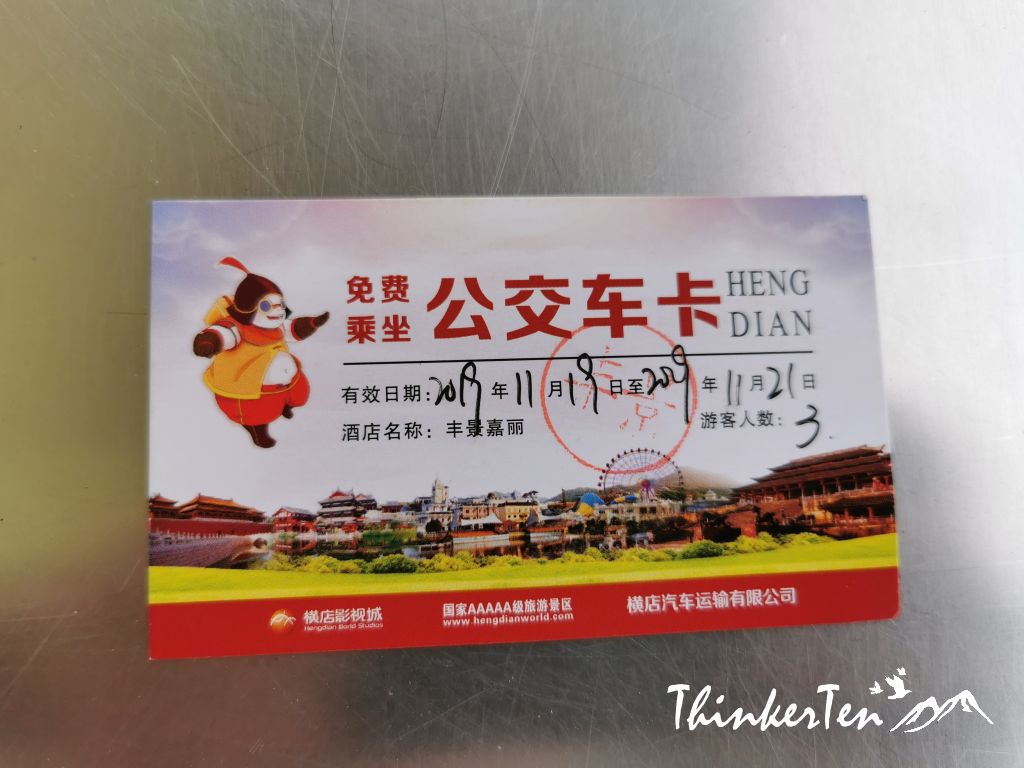 What a gorgeous place. I am fascinated with the culture. It seem so relaxing and your dresses are amazing.

What a neat city to explore! Such beautiful places to visit and check out. Looks like an amazing trip!

How beautiful. The architecture is stunning!

It must be a really amazing time out there. Such a beautiful place to see. I love the serenity and beauty of it all.

That would be something I need to experience one day, I really need to plan a trip there, so amazing