Fei Lai Feng in English means “Peak Flown From Afar” is the mountain with impressive Buddhist grottoes.  Besides West Lake, this is a must-visit place in Zhejiang province.

The mountain is carved with a collection of Buddhist statues dating back to the 10-14th century. In total there are about 340 ancient stone statues carved into the limestone cave. 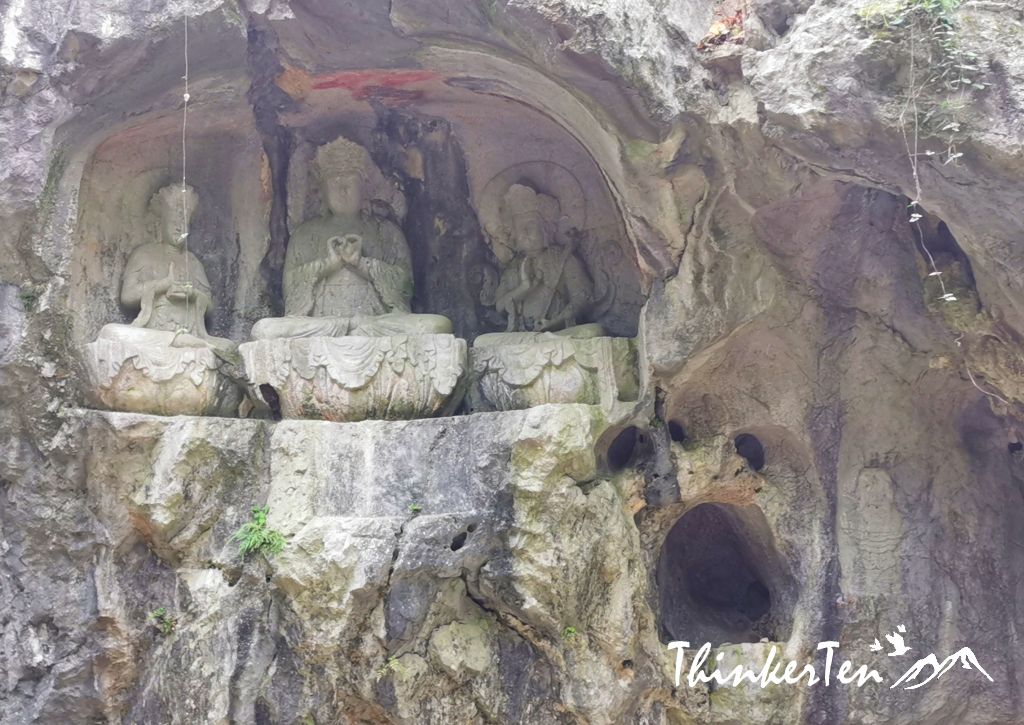 2. Statues are found in a different pose

The statues appear in a variety of poses, some are standing, sitting or sleeping. 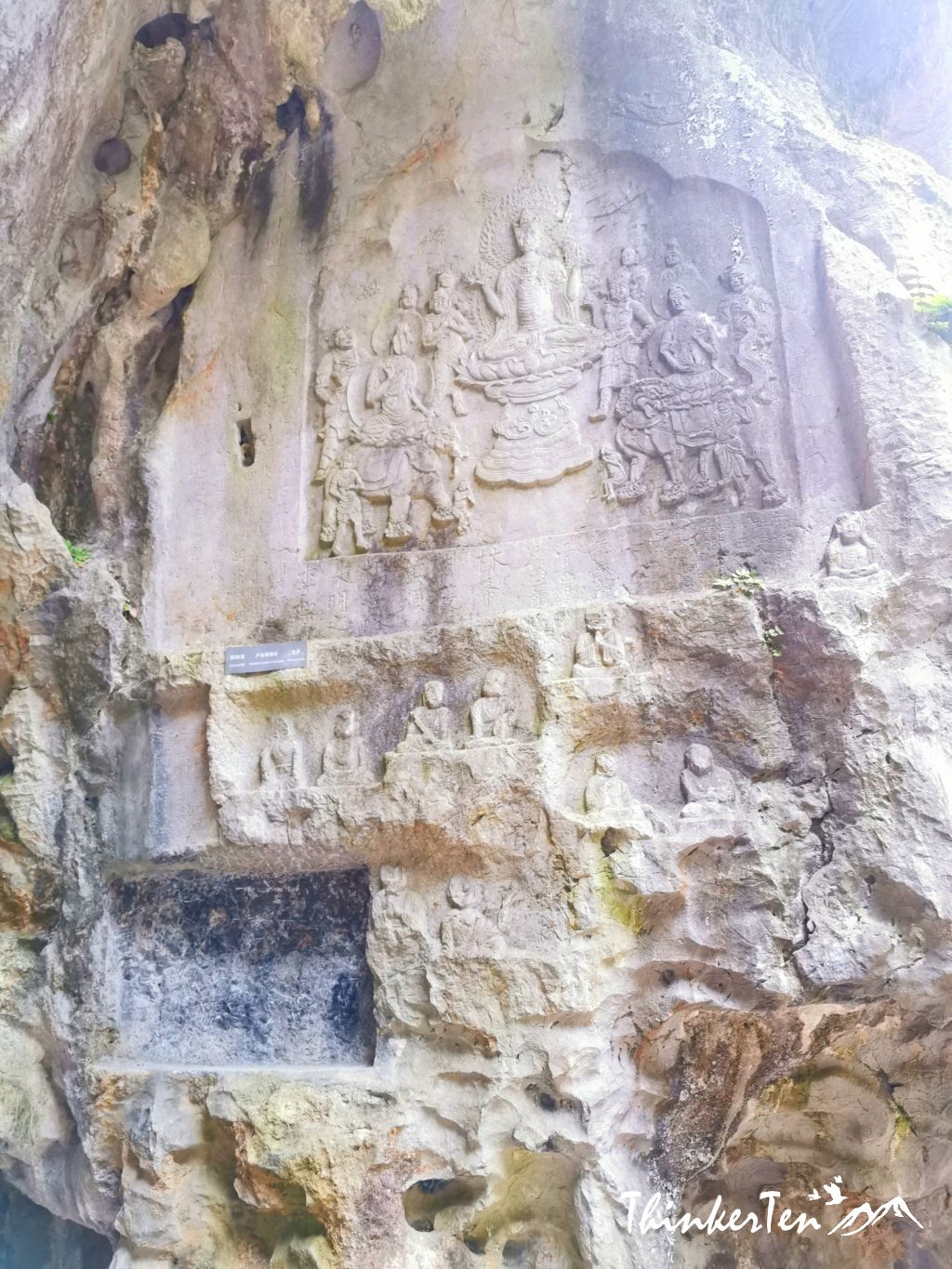 Carving on the rock is important in ancient times because they represent the earliest form of creativity of the human mind. Another good thing about rock carving is it tells us about our history.

Below is the 18 arhats carved on the wall of the cave.

4. Lucky escape from the Cultural Revolution

During the Cultural Revolution, the temple and grounds suffered some damage at the hands of Red Guards. However, they escaped large scale destruction partly because of the protection of Premier Zhou Enlai.

Below is another 3 arhats. 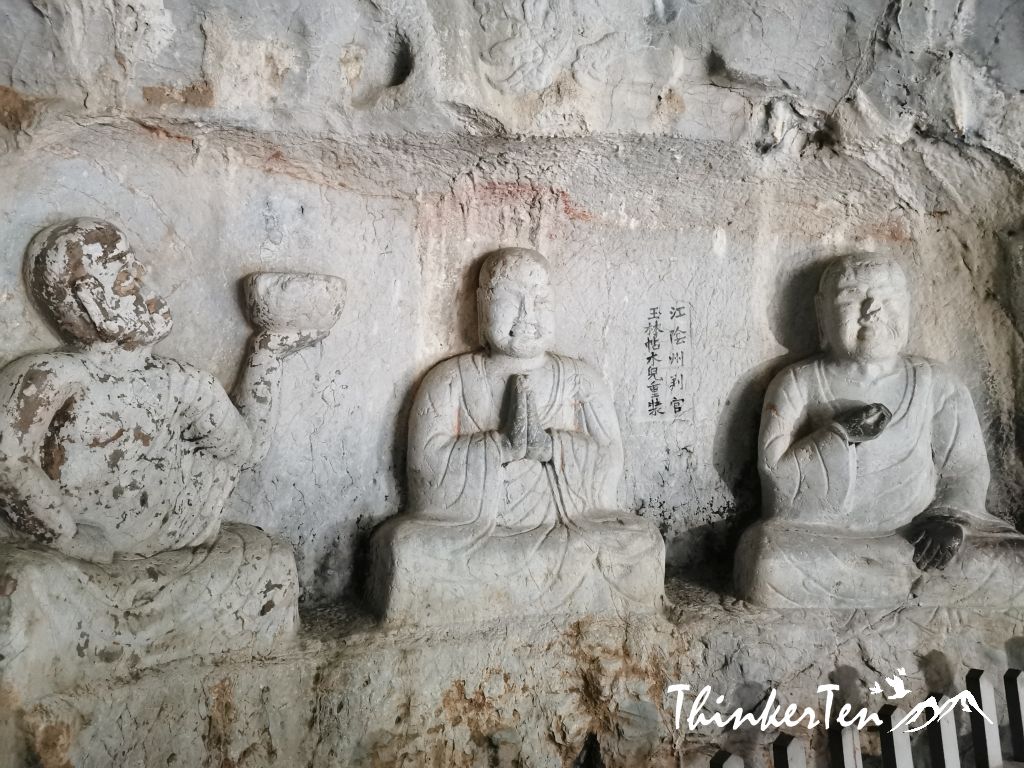 It houses the ashes of Huili, the Indian monk who founded the Lingyin Temple (just right next door) in 326AD.  Fei Lai Feng is only a few minutes away from Lingyin Temple. People usually visit both in a day. 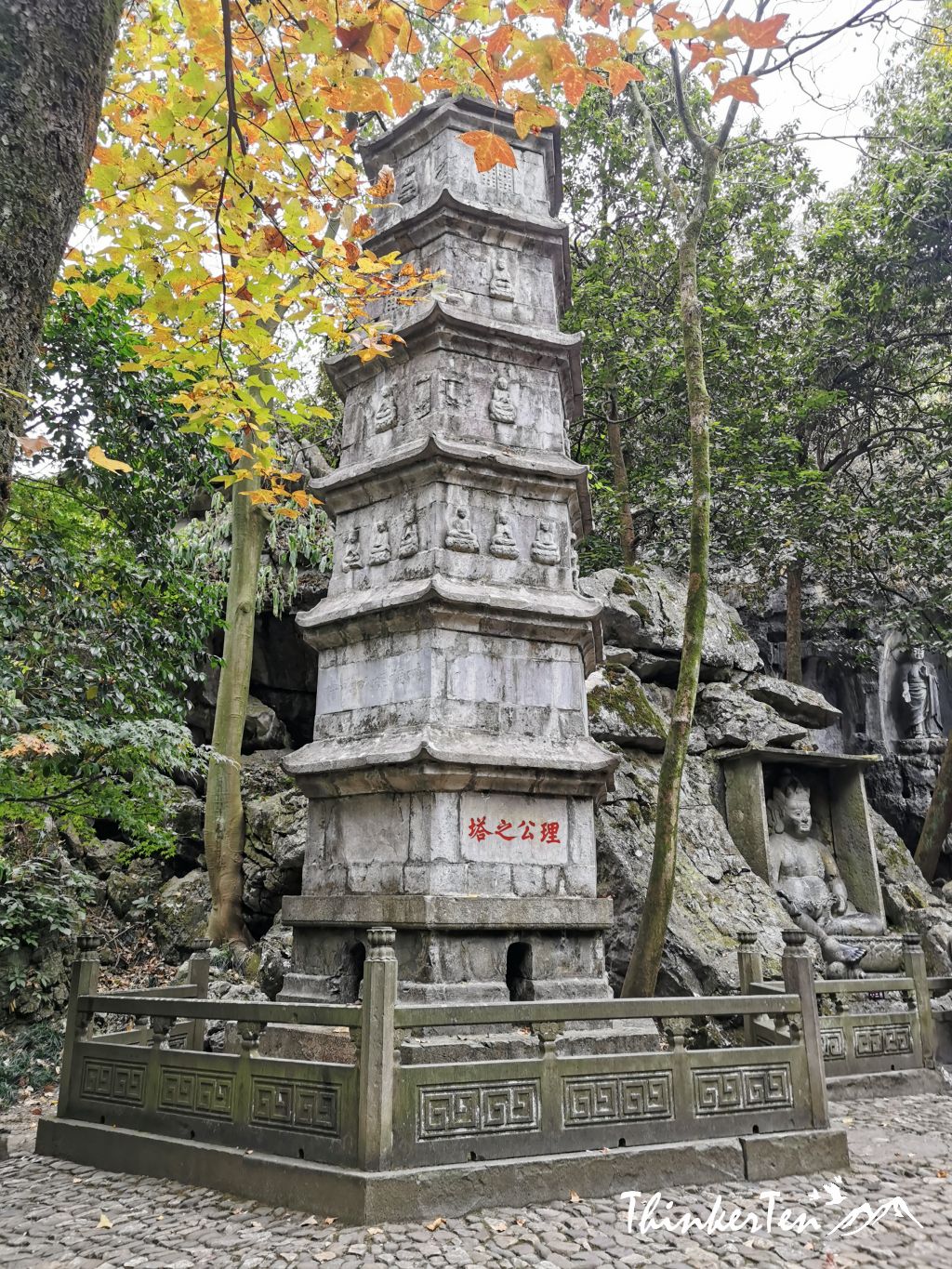 The statue was Sakyamuni, a Sanskrit-style carved in Yuan Dynasty 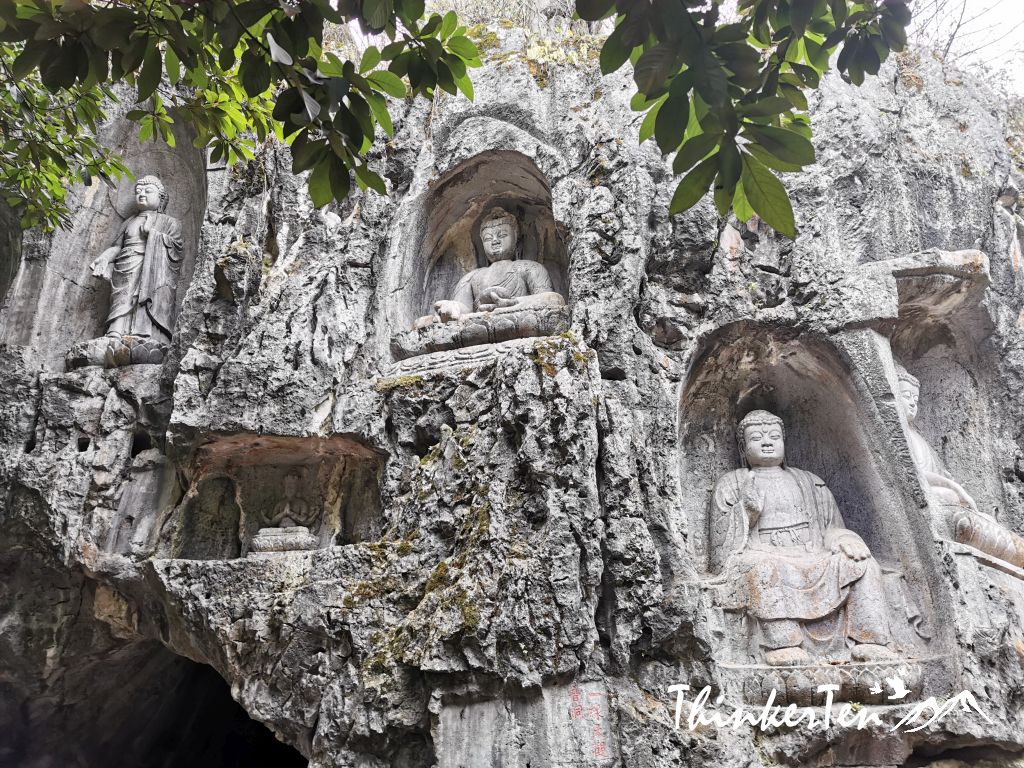 The Guanyin Statue inside Longhong Cave. 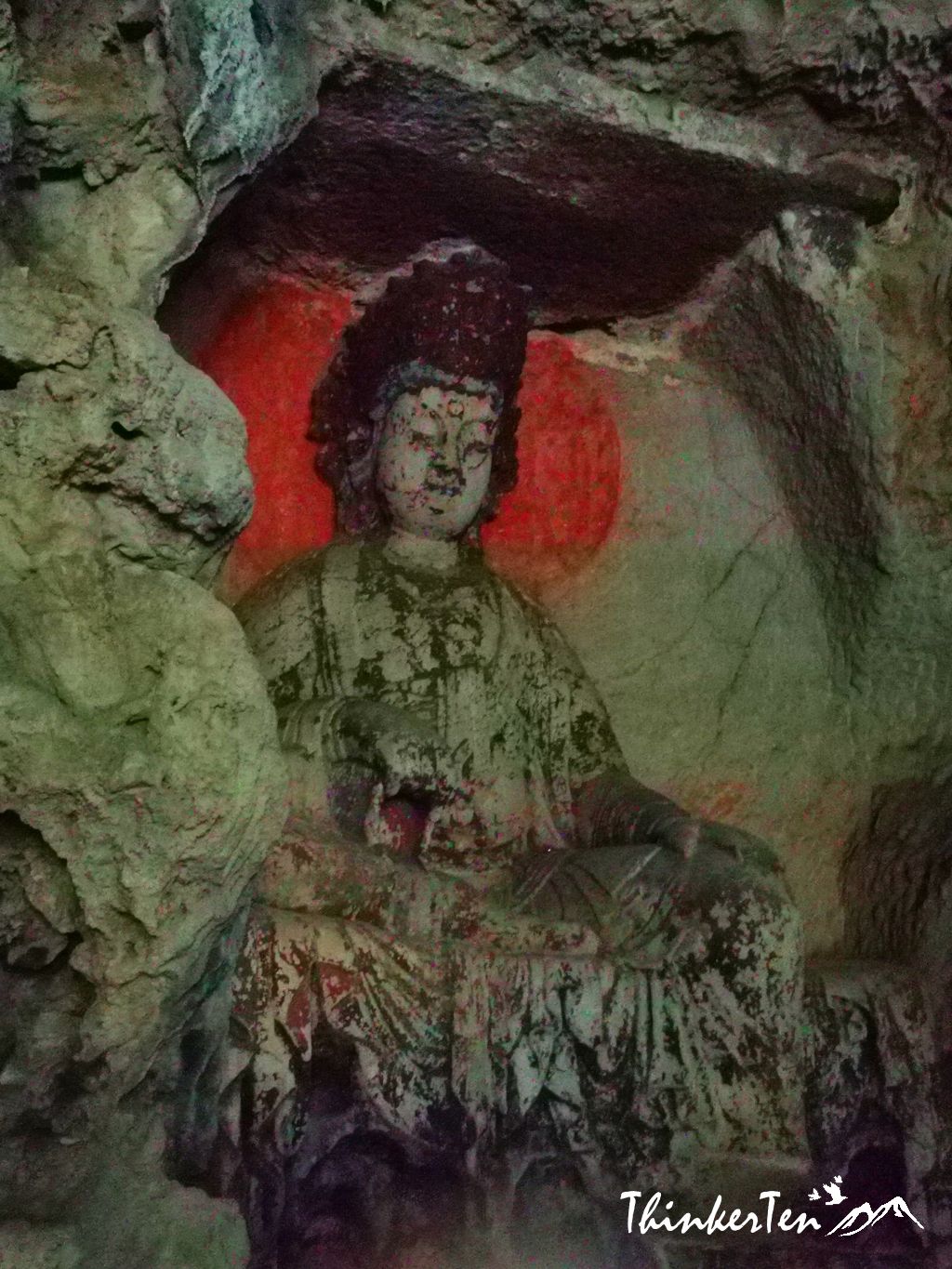 Legend holds that the peak was originally from India (with some versions suggesting that it is Vulture Peak), but flew to Hangzhou overnight as a demonstration of the omnipotence of Buddhist law. Many rock reliefs dot the surface of the peak. More are located in various caves and grottoes throughout the peak. Within the main cave, dedicated to the bodhisattva Guanyin, there is a crack in the ceiling of the cave that stretches up to the surface, so that a person standing at a certain position can see a sliver of sunlight. This is known as the “one thread of heaven” (一线天; Yīxiàn Tiān) 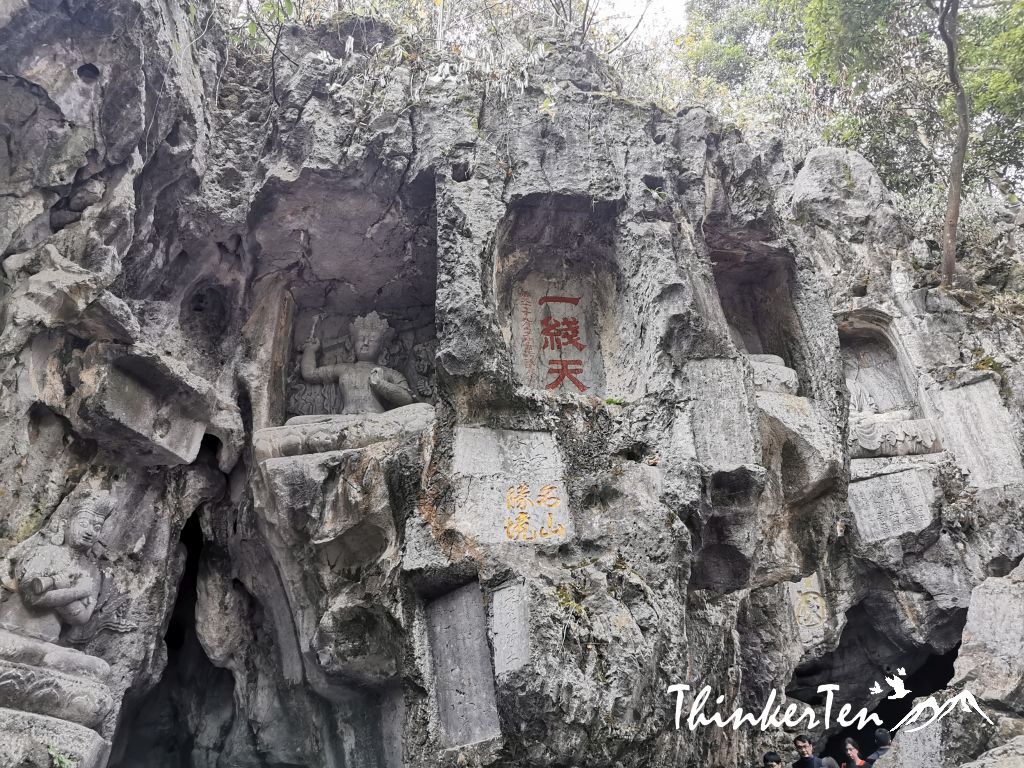 Among them, the largest statue of the smiling Buddha is the best-preserved one of its kind and embodies the artistry of carving in the Song Dynasty. 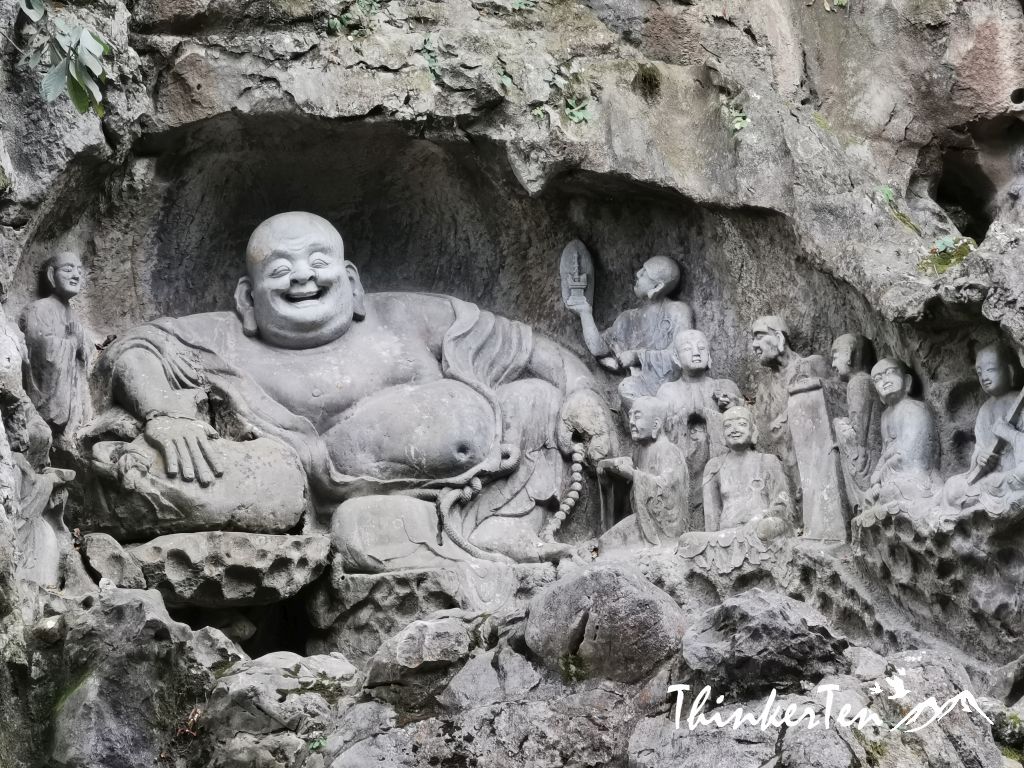 This place is crowded during weekends and on public holidays.  Best time to visit: from March to May with spring blossoms and extremely beautiful sceneries.

After you have visited Fei Lai Feng, walk a little bit and you will find Linying Temple which is another important site here.

8 things you need to know about Lingyin Temple 灵隐寺

Wow looks ,exciting ,would love to visit the place

What a beautiful place to visit. The carvings are magnificent!

Wow…. amazing pictures and a beautiful place to visor for sure. I love all of the wonderful carvings and works of art built into the mountainside….. absolutely stunningly beautiful 🙂 Will add to my ever growing list of places I need to see!

What a beautiful place to visit. I love how detailed all the figures are, especially the biggest smiling Buddha.

These grottos are awesome. What really amazes me is how beautiful those statues are and how they were carved out of rock. The talent of those who made these statues with only crude tools! Hopefully I get to be at Fei Lai Feng.

What an interesting place to explore, thank you for sharing

This pkavd looks amazing and quite the adventure with lots of plans and activities to plan in.