This is my second time visiting Hanoi, I was here a few years ago. In just a few years’ time, you can see how much the city has progressed and the living standard of people is getting better. 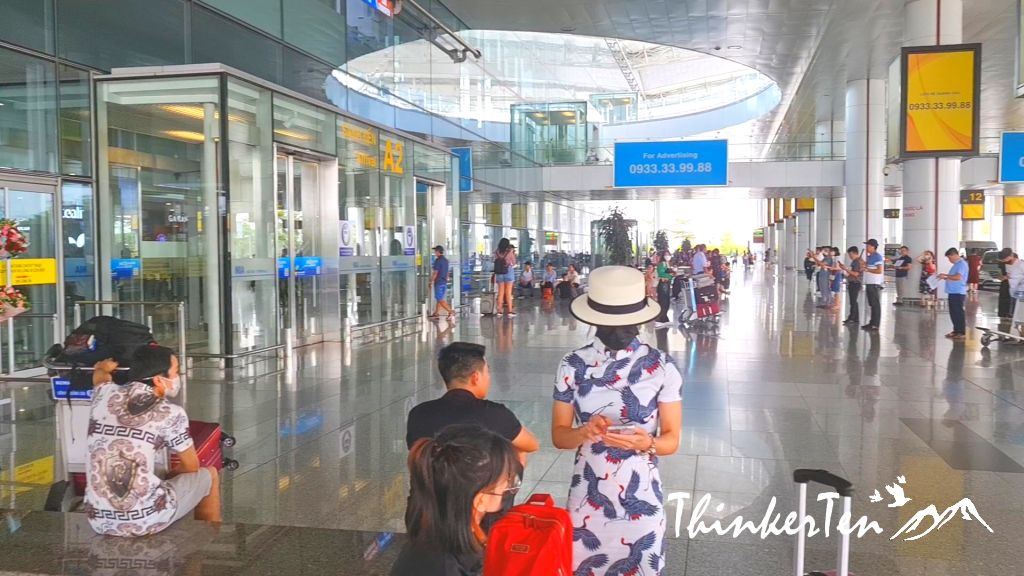 We arrived in the afternoon at Hanoi Airport and caught a taxi from the Noi Bai International Airport. Those are white taxis with uniforms. It cost about 500k Dong (USD22) to reach our hotel located in the city of Hanoi. The taxi does go by meter.  If you catch Grab, it only costs about 330k Dong. 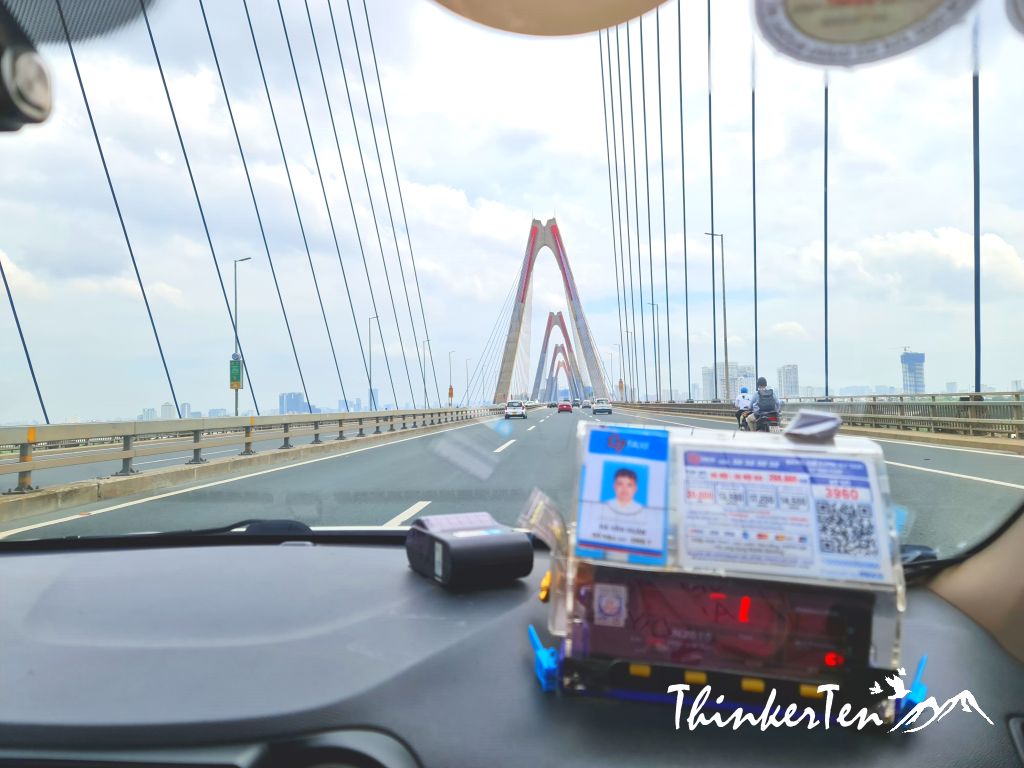 We stayed in Thang Long Opera Hotel Hanoi, located in Hoan Kiem District, which is about 10 min walk from the Old Quarters.

Now let’s check out the top things you can visit in Hanoi City.

Best to visit in the evening when the weather gets cooler. Hoan Kiem Lake also known as Sword Lake, is a big freshwater located in the historical center of Hanoi. Pay a little attention to the water of the lake, it has different colors depending on the reflection of the sky, green or lighter color. Look further you may find some tortoises. 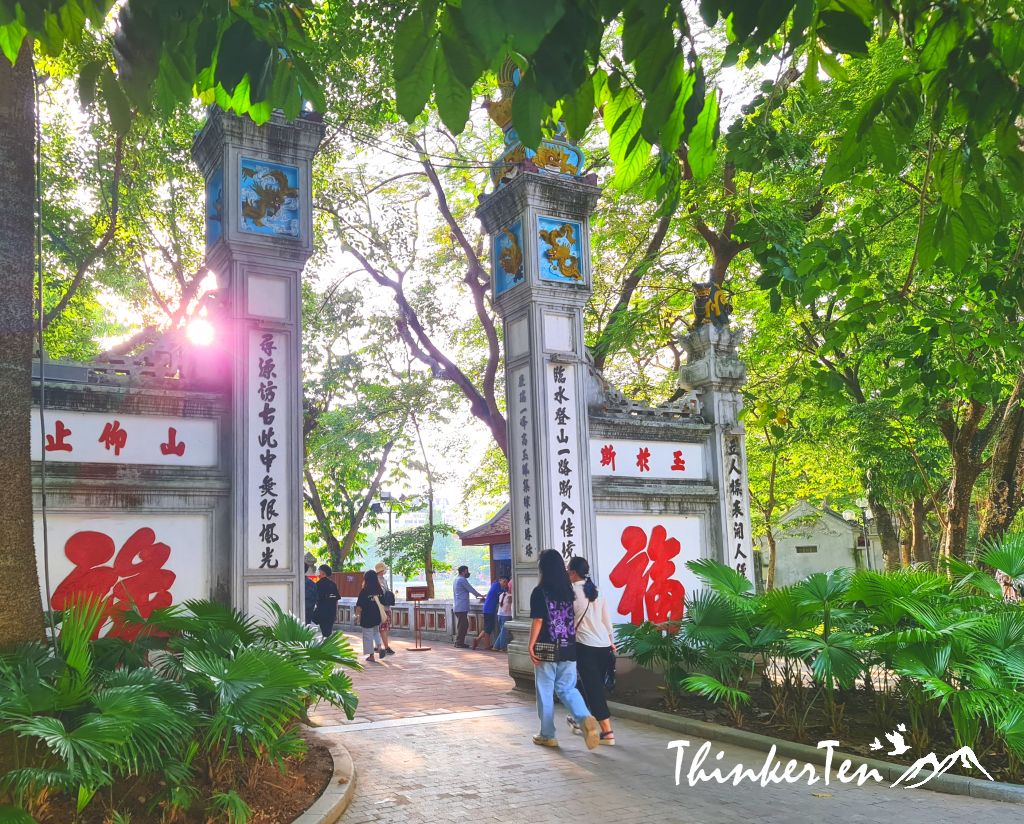 The temple of the Jade Mountain is located on the Jade Islet in Hoan Kiem Lake, pay a little fee to get in.  The temple pays homage to Van Xuong De Quan, the God of prosperity in ancient Chinese culture and Taoist philosophy.  Before you enter the temple, you will pass by The Huc Bridge in red color. 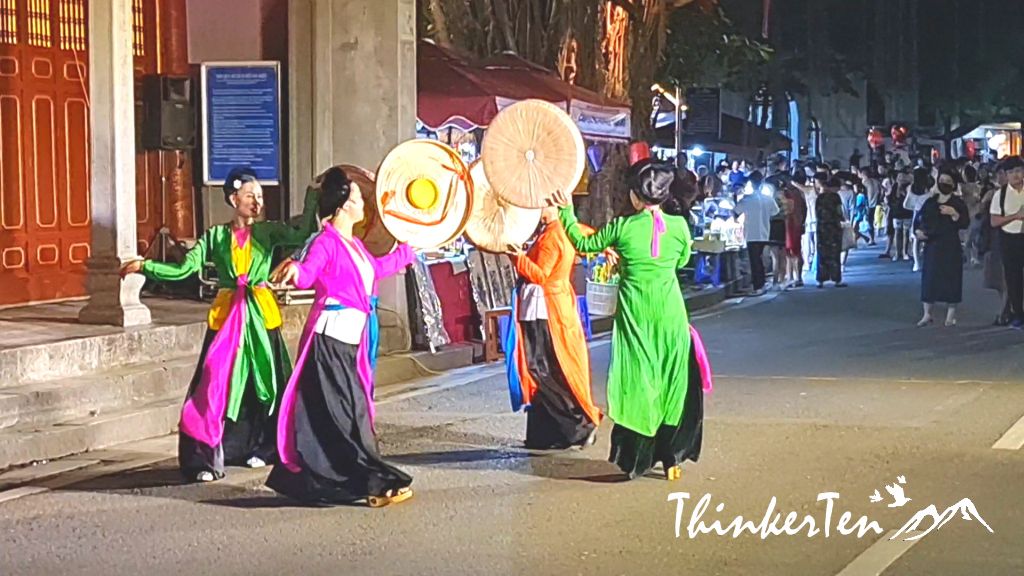 During the weekend, start from Friday to Sunday, you get to enjoy the night market too, which stretches a whopping 3km long from Dong Kinh Thuc Square.

The walking street is part of the Hanoi tourism development program, it starts from 7 pm to 12 am, where all vehicles are prohibited from the streets, which is super cool to walk. 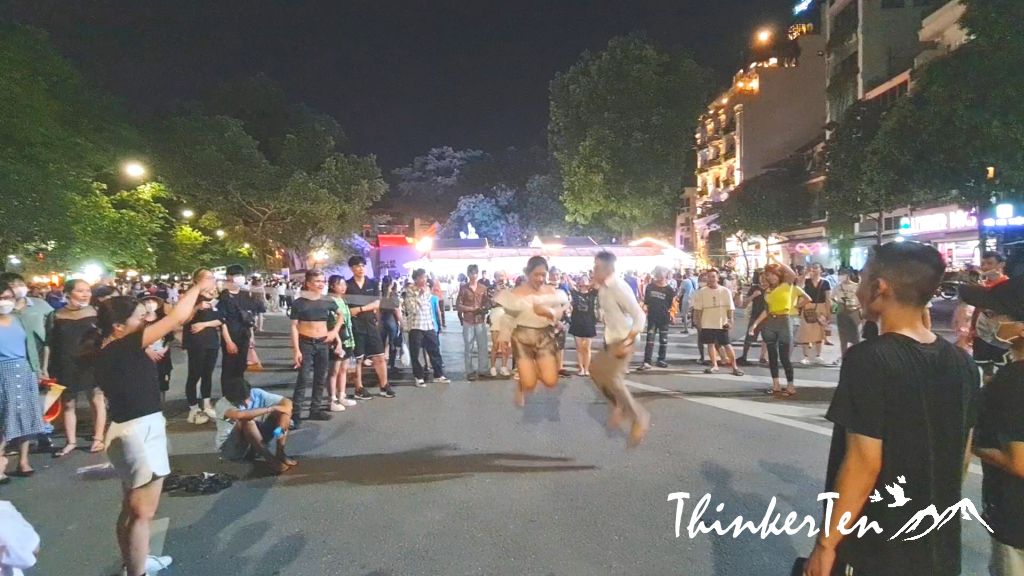 Free street performances of many different artists showcase their talents, East and Western-style all come into action. Also, you get to see various traditional games happen on the roadside and all ages gather here, local and tourists for the traditional games. What an eye-opening experience to walk on the walking street on a Saturday night and I truly enjoyed the Vietnamese culture here. 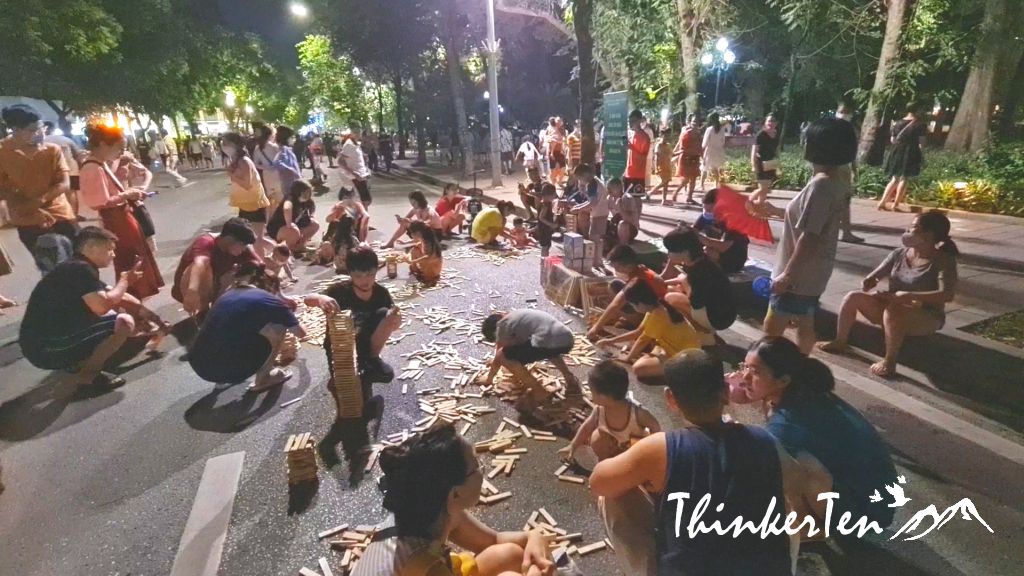 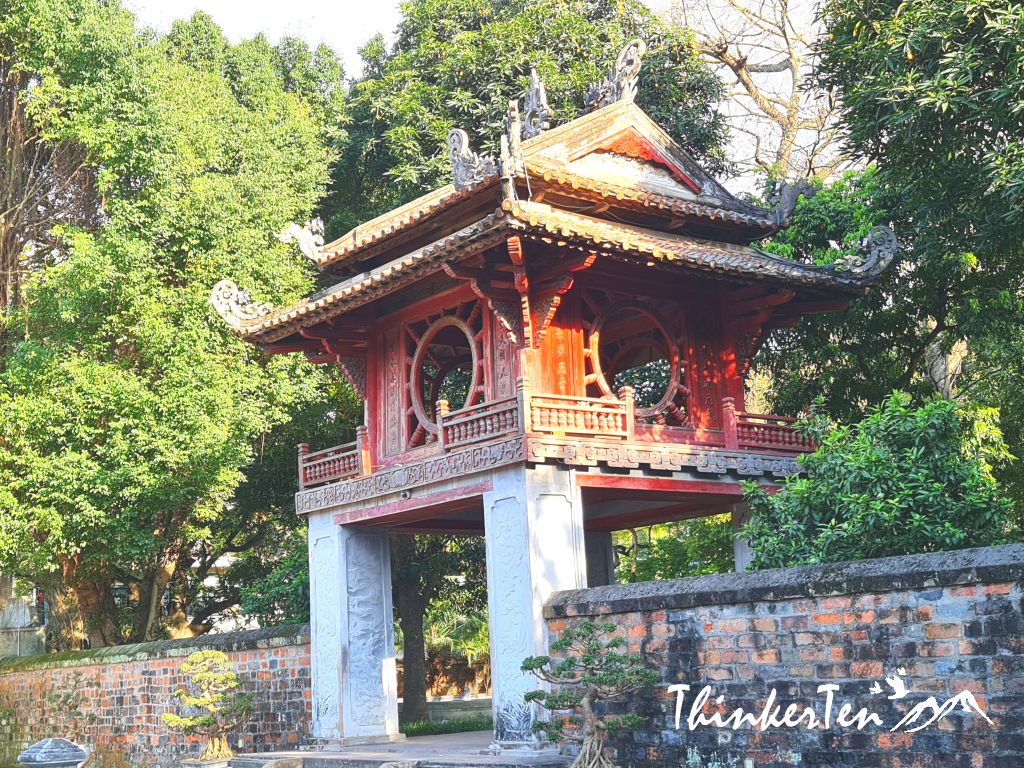 Temple of Literature is the first national university in Vietnam built in 1070 at the time of Emperor Lý Thánh Tông.  The iconic tower here was printed in the Vietnamese Dong 100,000

Walk in the temple, you will names of the scholars were carved in the steles of the turtles. 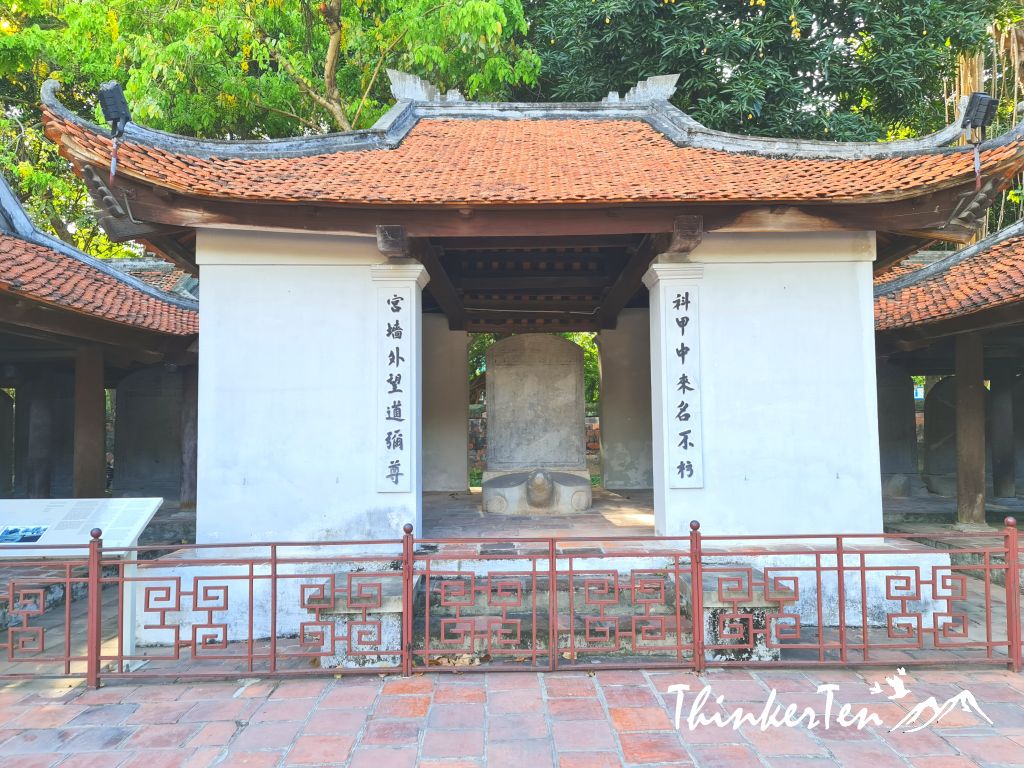 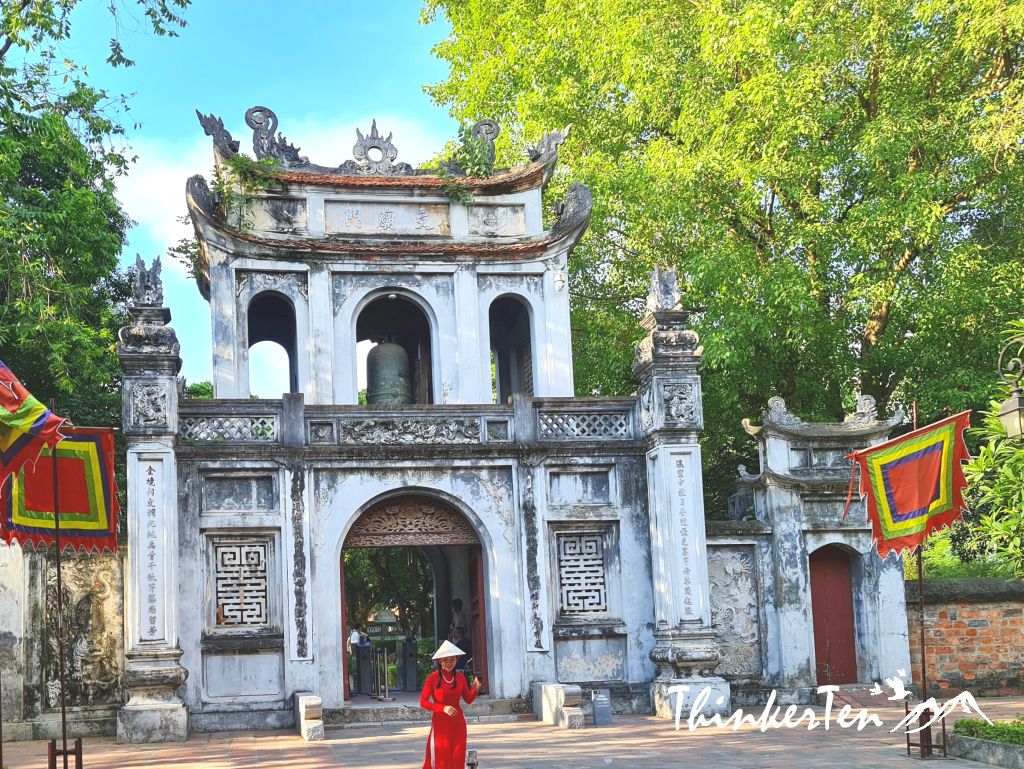 This is one of the Temple of Literature where hotels, cafes, and restaurants are located. A hot tourist spot for food and the most interesting part is people love to sit on the small stools outside the shop watching people walking up and down.

This is a late 19th-century Gothic Revival church that serves as the cathedral of the Roman Catholic. The architectural style described as resembling Notre Dame de Paris. During the French Colonial period, Catholicism was propagated widely and St Joseph’s Cathedral became the center of Catholicism in North Vietnam.

The 50min water Puppet show is worth seeing if you have not seen it before. Puppets are all made out of wood and music is played live and authentic. The puppetry is very skillful and each of the individual stories is charming and unique telling stories of Vietnam’s daily culture and tradition. 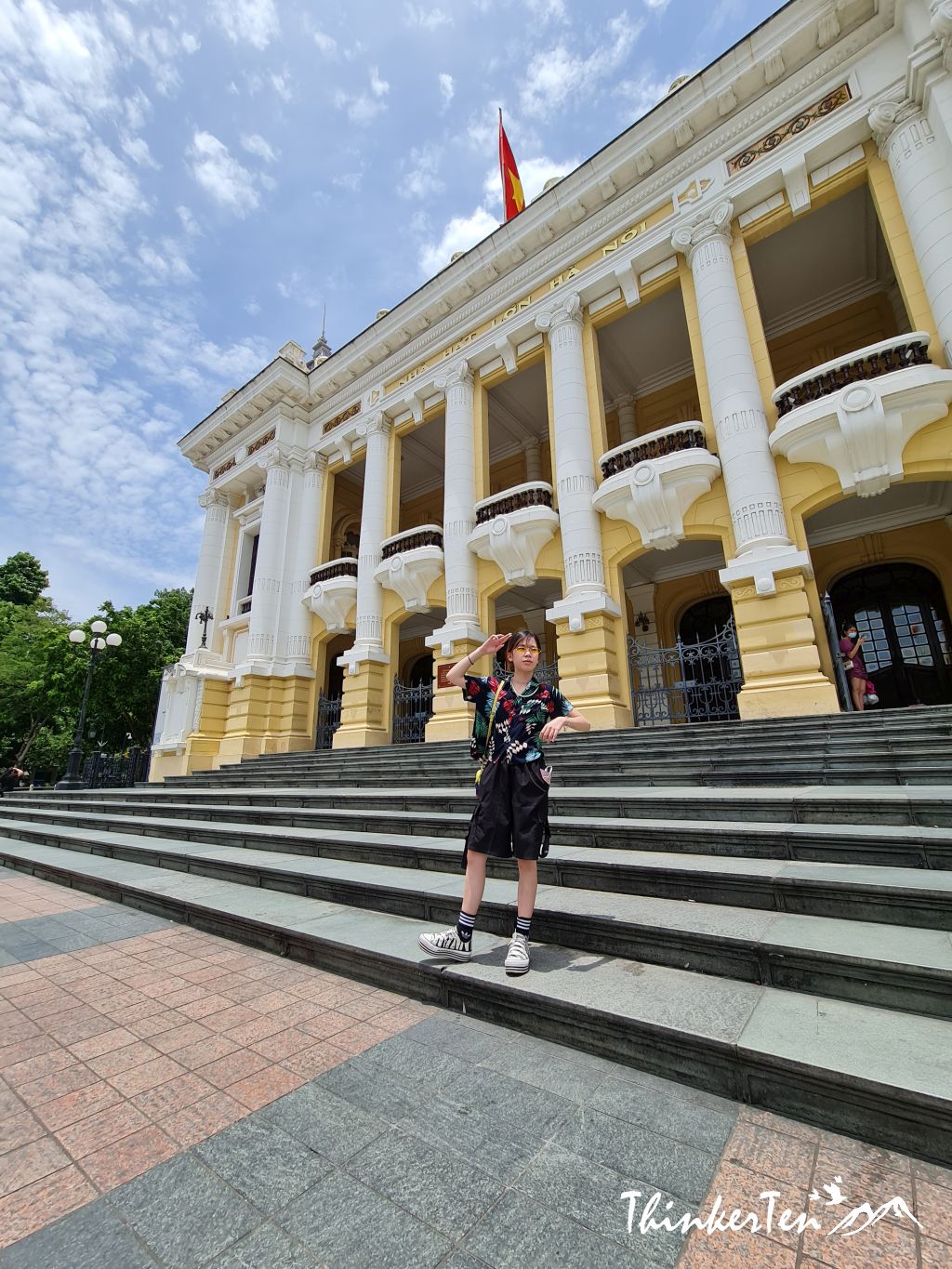 The Opera House adopted the French architectural style and it was built during the French colonization. There are seats for you to enjoy Vietnamese operas, ballet, and other traditional folk music as well as international concerts

This is a Unesco site, must see if you are in Hanoi. The origin of the Citadel dated back to the 7th century. Learning about history in this place which brings you to the ancient history of Vietnam, Chinese culture and architecture and the D-67 tunnel are some of the highlights here.

How many days should you explore Hanoi city, I think 3 days is far enough for you to explore most of the important sites in Hanoi city.  You can spend another 3 days 2 nights at Halong Bay staying on the luxury cruise or another 3 days 2 nights in Sapa exploring the mountainside and indigenous tribes in the northern part of Vietnam. Oh yes, please use Grab instead of taxi because taxi runs on meter and can be more expensive due to the heavy traffic in Hanoi city.