The distance from Nagatsugawa to Takayama was slightly more than 2 hours, 178km.  We stopped by a countryside park, slightly before Gero, we actually wanted to look for some hot coffee but the shop was not opened yet as it was still very early in the morning. 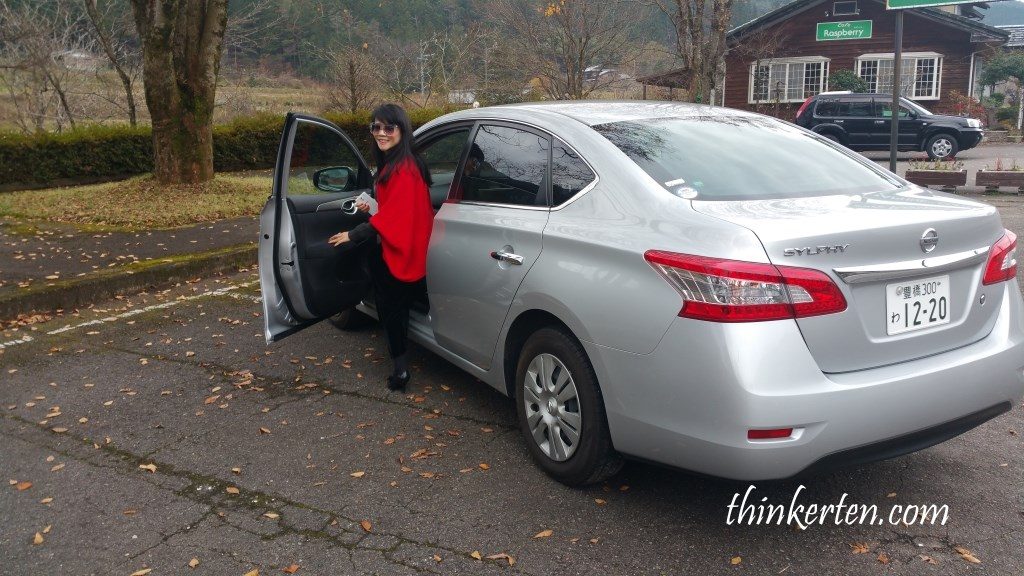 Our rental car Nissan Sylphy is in very good condition with English and Japanese GPS.  You can choose the languages in the GPS.  The easiest way for us to navigate using a GPS is to input the phone number of the place that we wanted to go.  We normally google the phone numbers in our hotel before hand. 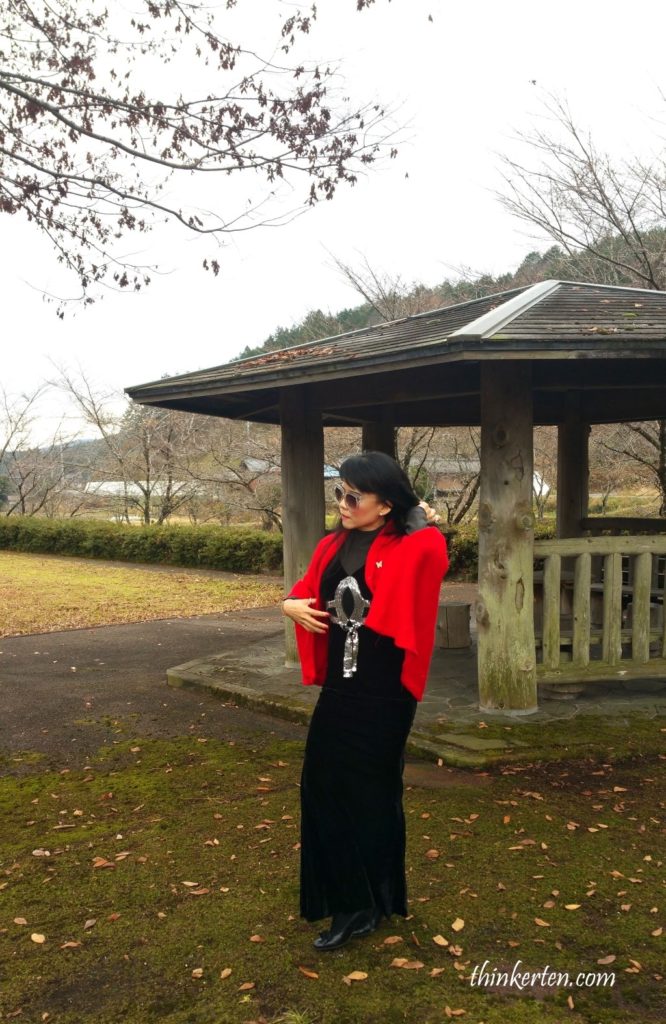 When we do self drive, we normally self drive outskirt, a bit far from the city area.  If we want to go to big city, I would rather go by train in Japan, because traffic is a nightmare in big cities. 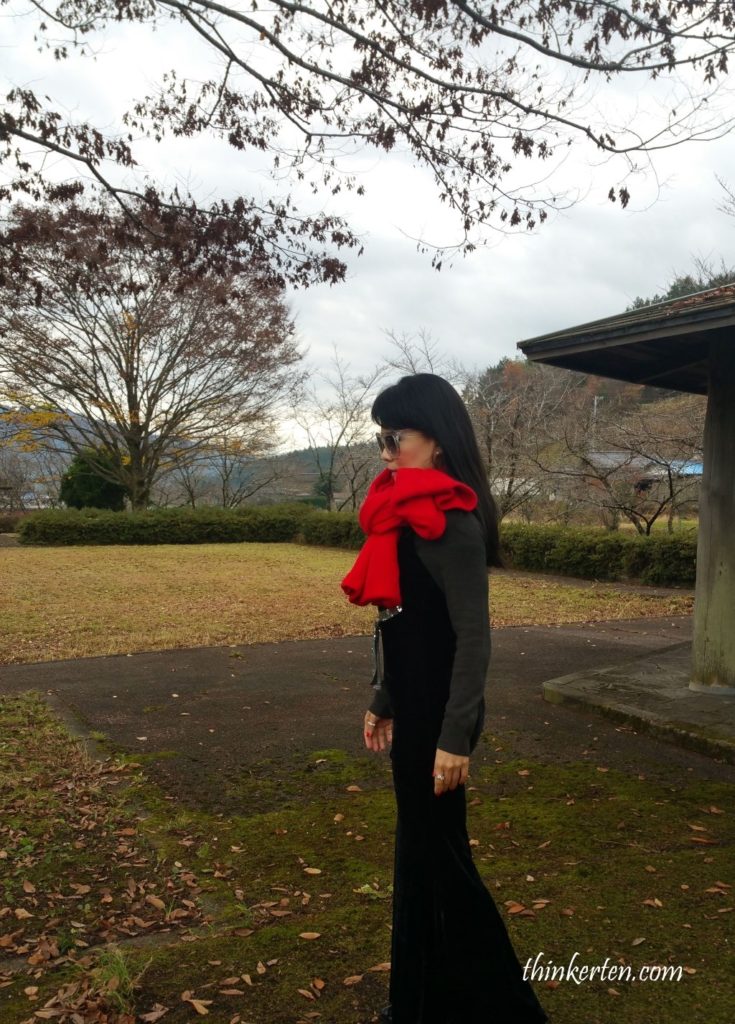 Japan has very good public transport but that is only in the big cities area.  If you want to explore countryside, self driving is the way. Self drive also give us more freedom and we don’t have to carry our big suitcases all the way to the train station walking up and down the stairs.  Not all station has the elevator. 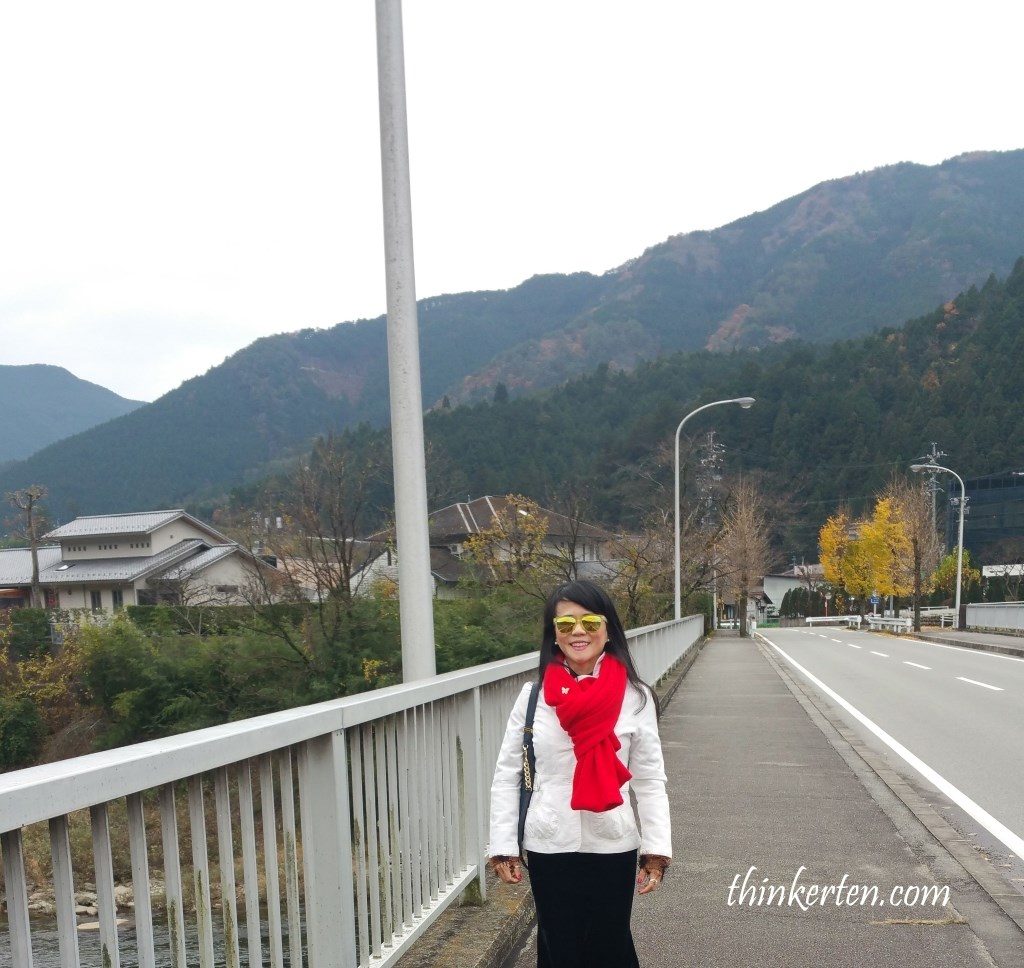 We stopped at Gero, a small town which is famous for its “onsen”/hot spring, one hour drive to Takayama. 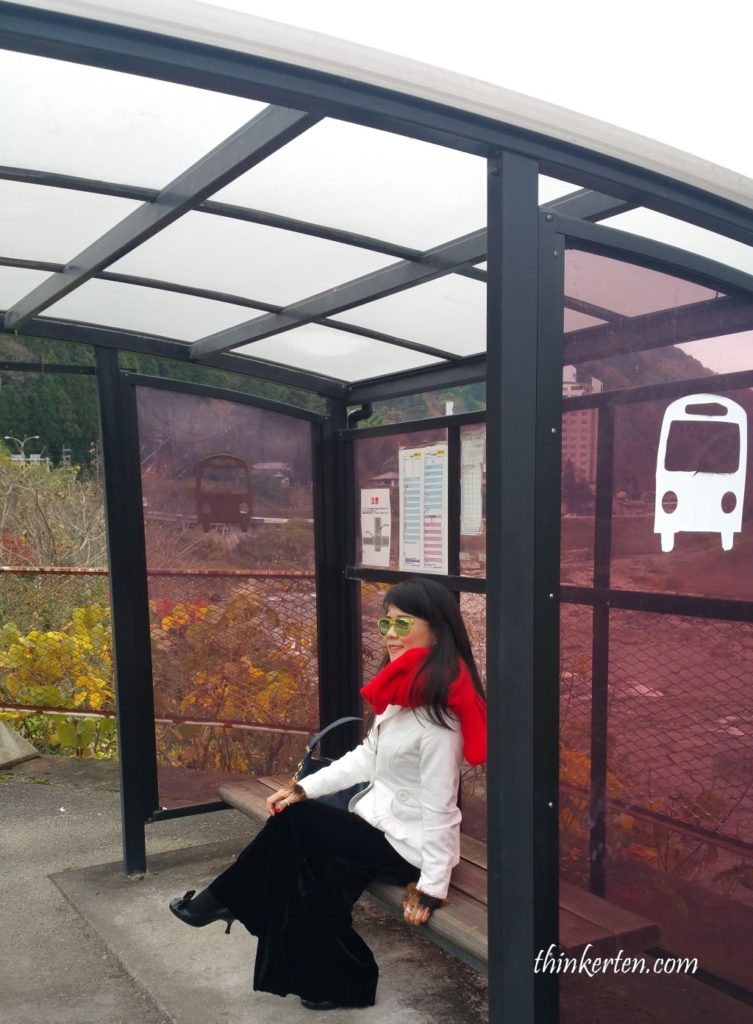 We parked our car at a shopping mall and walked around the small town, not yet in Gero city but still a distance.  The whole area was surrounded by mountain and there is a small river run through in between.  I like to walk around area which is less touristic and less crowded, could be anywhere in between the highway.

This allows me to have some quiet moment and be able to enjoy and connect with the nature. 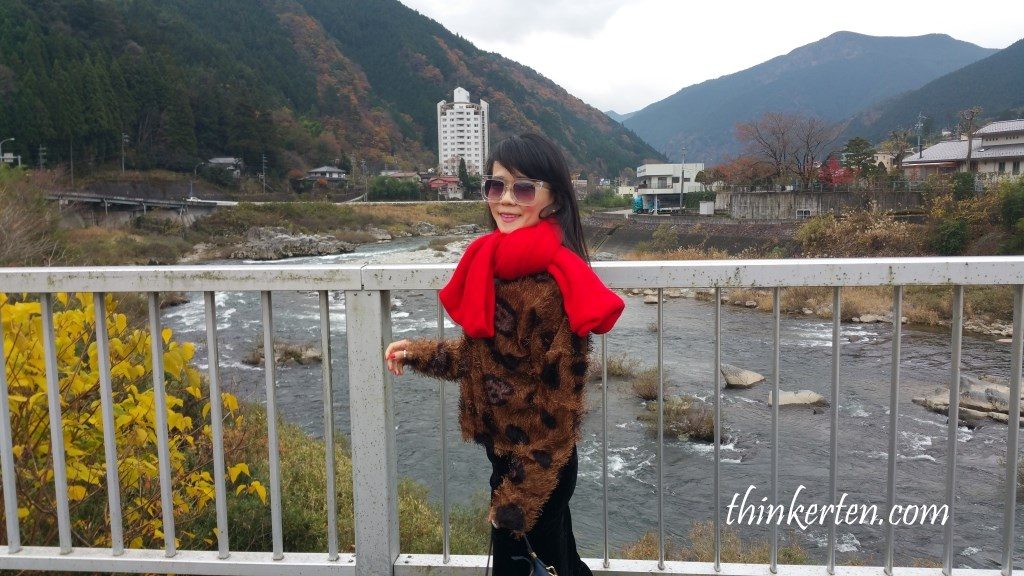 We did not go to the hot spring in Gero because our hotel tonight in Takayama has hot spring.  Besides, going to hot spring can be quite troublesome, especially in the middle of the trip, we still have some sightseeing to cover today. 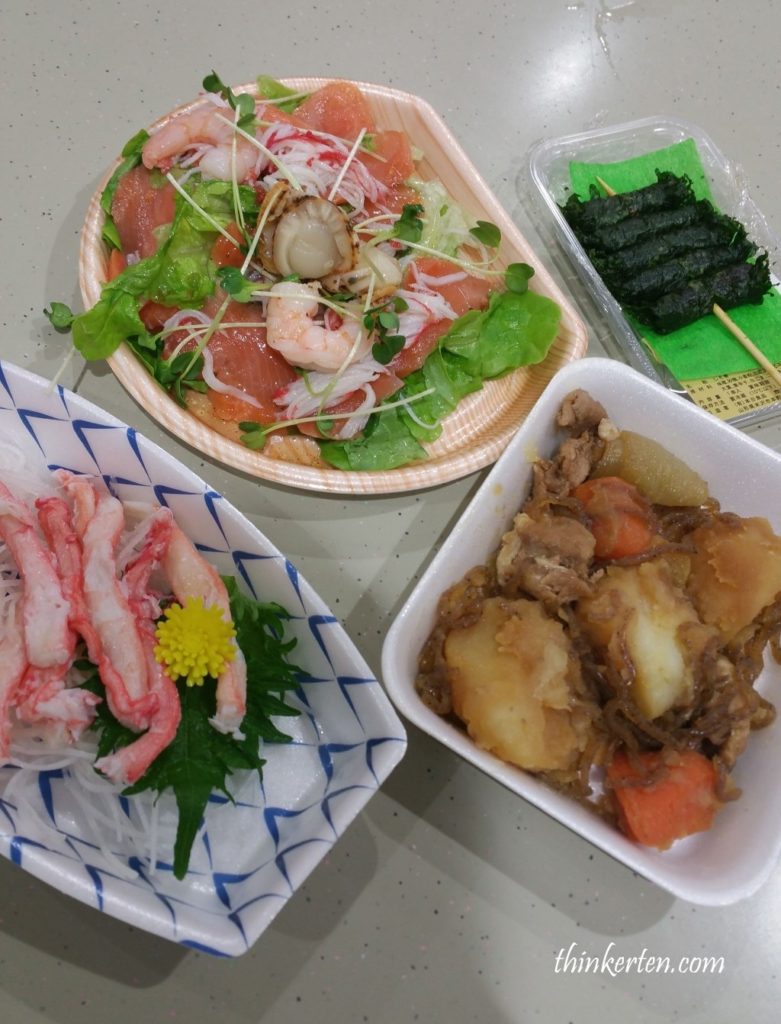 We had our second breakfast in a supermarket near Gero city.  We had some “Jagaimo”/stew potato with sweet sauce, sashimi crab legs, fresh sashimi salads and some sushi in stick.  We bought the food from the supermarket and there was a eating corner for the customers to sit comfortably and also free water or tea was provided.  Price was very cheap compared to back home. 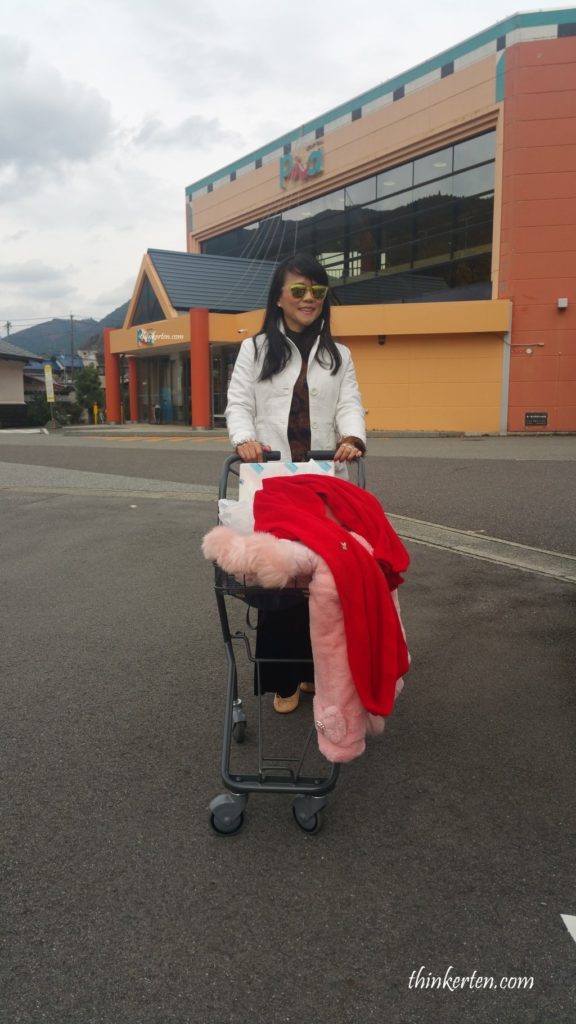 We also bought some souvenirs and Japanese snacks in the supermarket, the price is so much cheaper !  Going to the supermarket was kind of a routine that we looked forward daily during our 8 days stay in Japan.

We arrived in the Yatai Kaikan in Takayama around noon.  We visited their famous Floats/yatai museum. 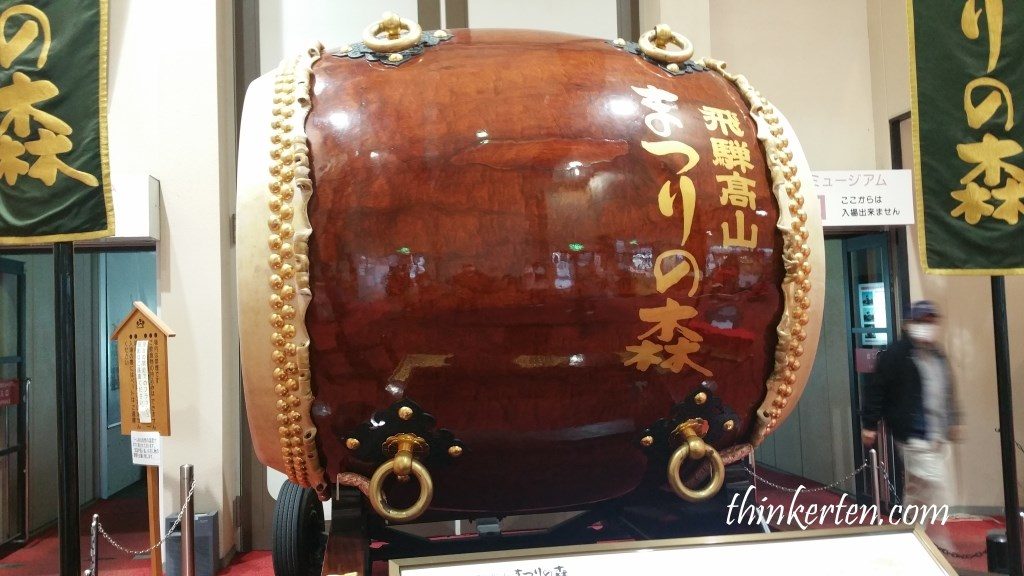 We found many floats displayed in the museum.  The elaborately decorated floats/yatai are several hundred years old and beautiful examples of Takayama’s legendary craftsmanship. Each yatai is carried on a cart and lit up by lanterns during parades.  Many of the floats in the museum are centuries old and some were covered by glasses. 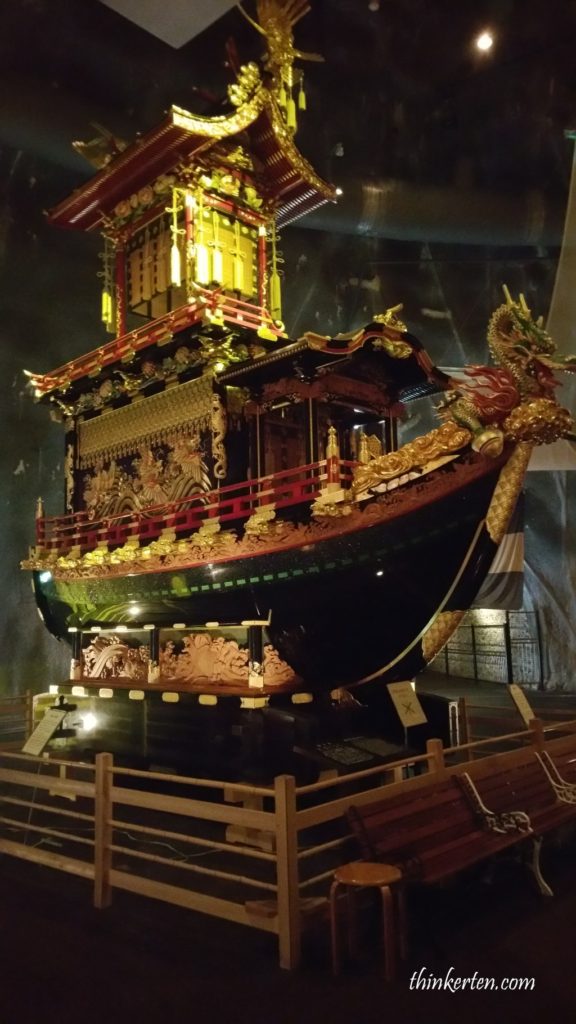 The Takayama Matsuri (Festival) is regarded as one of the three most beautiful festivals in Japan.  There are in total 2 Matsuri/Festival in Takayama, one in April and one in October.  People carrying the floats and parade through the street in Takayama town.  I have seen a similar floats festival in Kyushu when I was a student, the floats I saw was so much smaller than this. 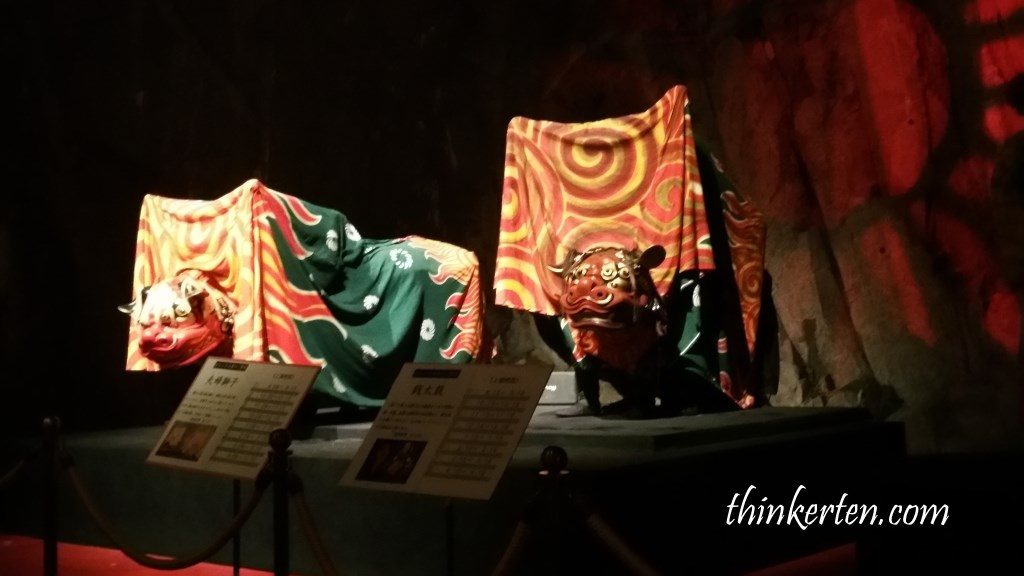 2 puppet Shishimai/lion dance were displaced in the Yatai Kaikan.  I found them look similar to Chinese lion dance but the puppets Shishima in Japan was dancing to the Japanese traditional music, flutes and drums. 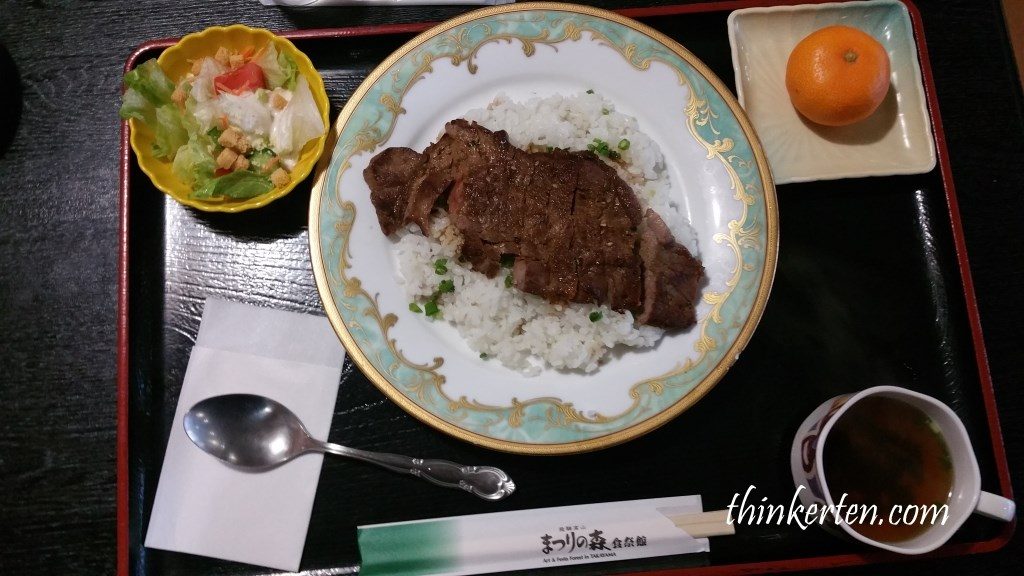 Hida Takayama is famous for its Hida beef. Hida Beef is the specific name given to beef from a black-haired Japanese cattle breed, that has been raised in Gifu Prefecture for at least 14 months.  It is also cheaper compared to Kobe beef.

We tried 2 version, one was more western style BBQ with Japanese marinated sauce and one is really Japanese setting, picture as below.  We did not eat them raw of course, the beef was cooked with small fire until it turned brown and good to eat.  The restaurant was quite stingy only 3 thin slices were given. 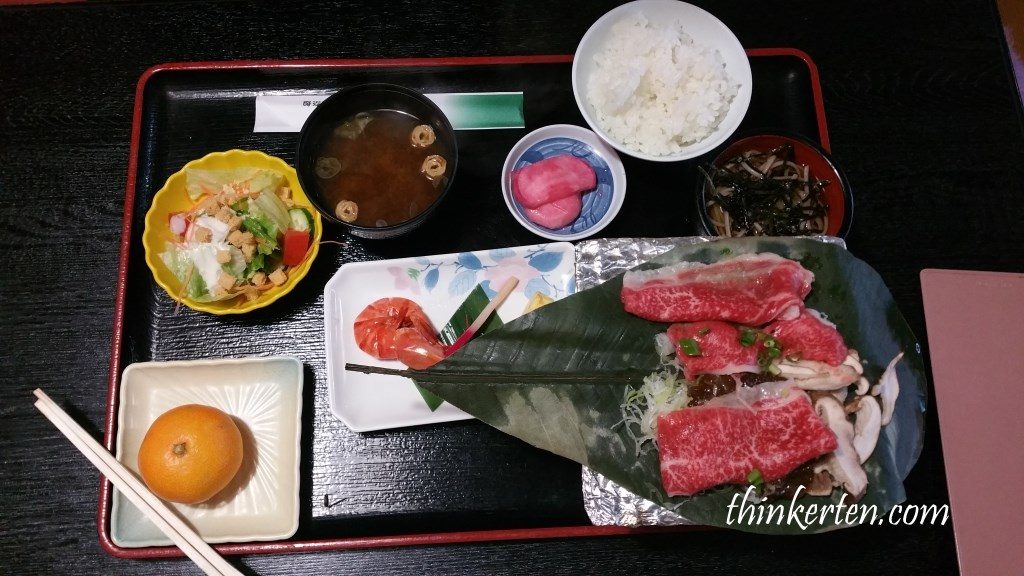 Takayama/高山 translate as High – (Taka) mountains -(Yama), so you know this place if a mountainous area.  The city is popularly known as Hida-Takayama (飛騨高山).  That is why we need to try the Hida beef here! 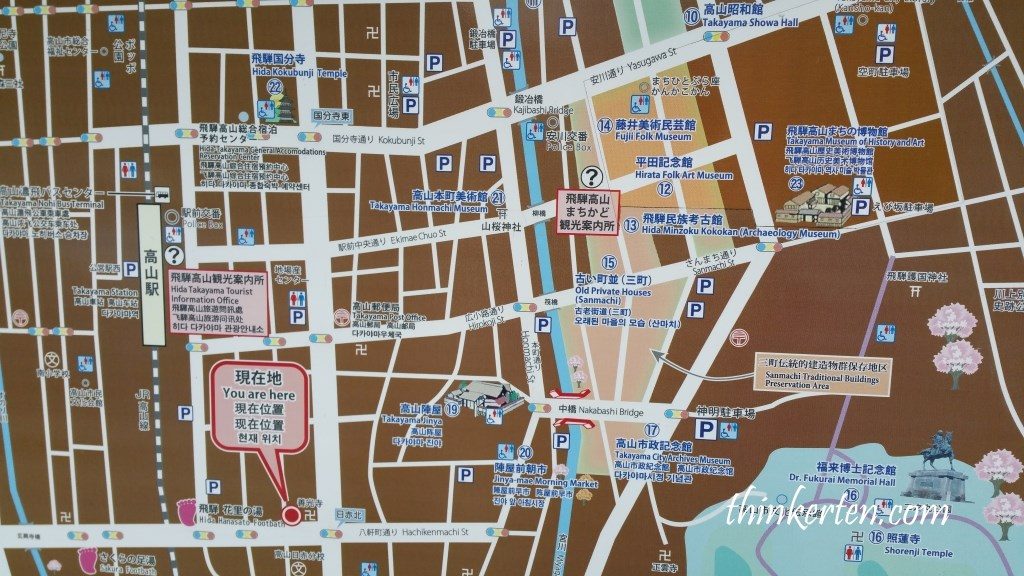 What I noticed, Takayama city is a small town, interchange point to Shirakawago.  Many people stopped here mainly because they wanted to visit Shirakawago.  There are some markets, shrines and a shopping street selling all the Japanese delight.  Also many restaurant selling Hida beef.  We love beef, so we tried Hida beef burger in shopping street. 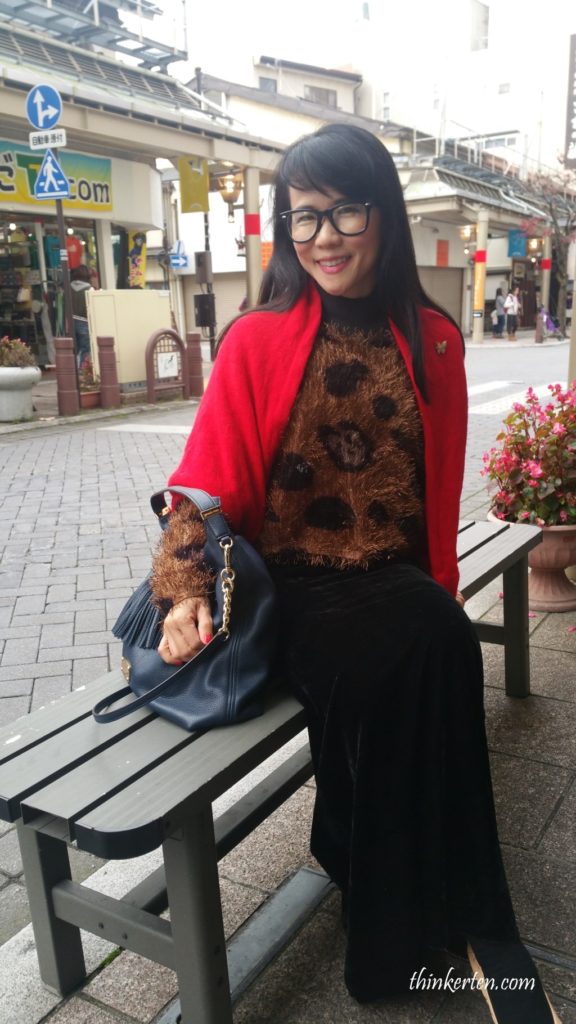 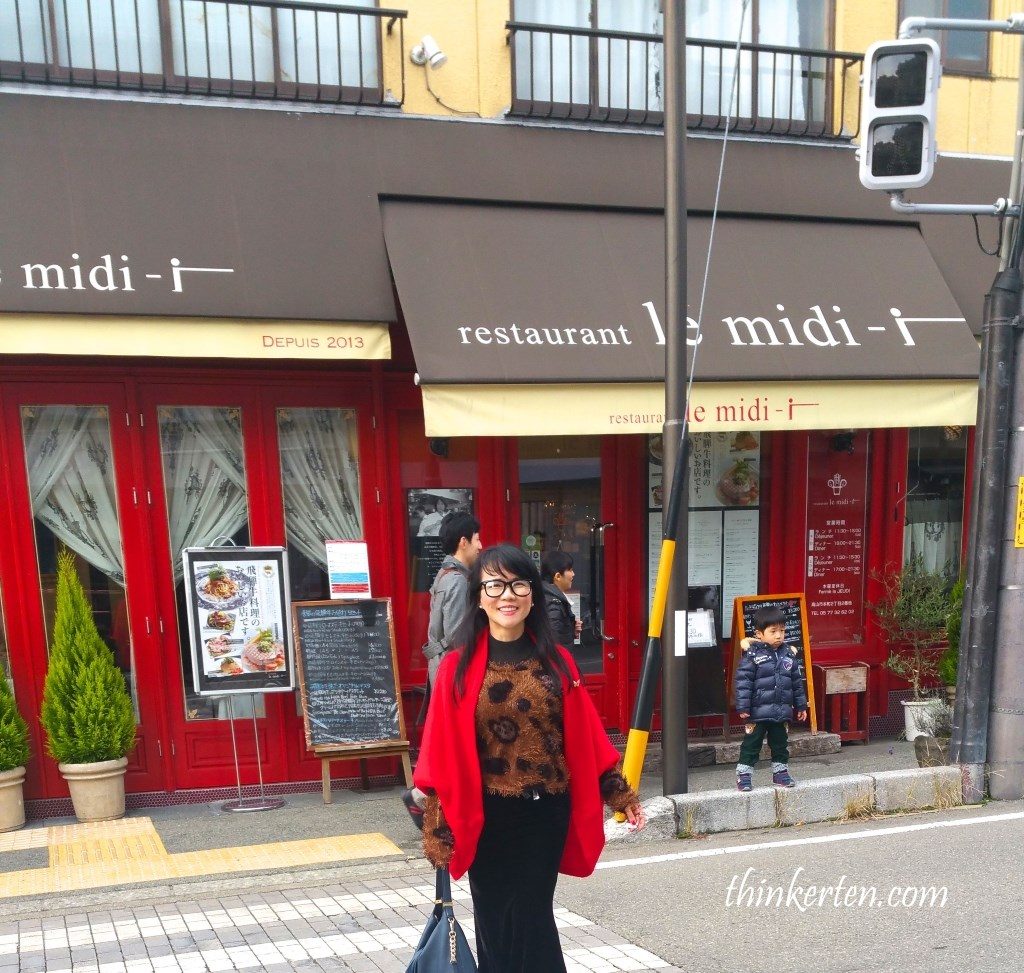 Hello, thanks for your post. We will travel to Japan in July and plan to drive from Matsumoto to Takayama. Is it easy enough to drive in Takayama town? Or a place to park the car and we will explore the city by local loop bus?

Thank you for your question.
Takayama city is considered as the countryside in Japan. It does not have a lot of cars and easy to drive but in some of the tourist’s hot spot, expect a little crowded and hard to find the car park because everyone wanted to park nearest to the attraction.
I would suggest you to use your google to get a nearby car park and park, then walk 10-15 to the tourist spot. It is very manageable.
Driving around in Takayama city is really very easy and you can even find a very good value and nice hotel if you have the car, you don’t have to restrict yourself to get hotel near the station. Usually hotels near the train station are small and expensive.