I discovered there are 3 major rental bikes in Shanghai city, differentiate by their colors, Orange, Yellow and Blue.  Ofo bike refer to the yellow color rental Bike.  The rental is cheaper than Mobike, 0.5 RMB for half an hour whereas Mobike is RMB 1.  China is once known to be bicycle kingdom but now many own cars instead.  However, riding bike in the city of Shanghai is kind of a new trend and a very “in” thing to do now.  As you can see the bikes are design in bright colors and look quite trendy.  Riding bike do more good to the environment. 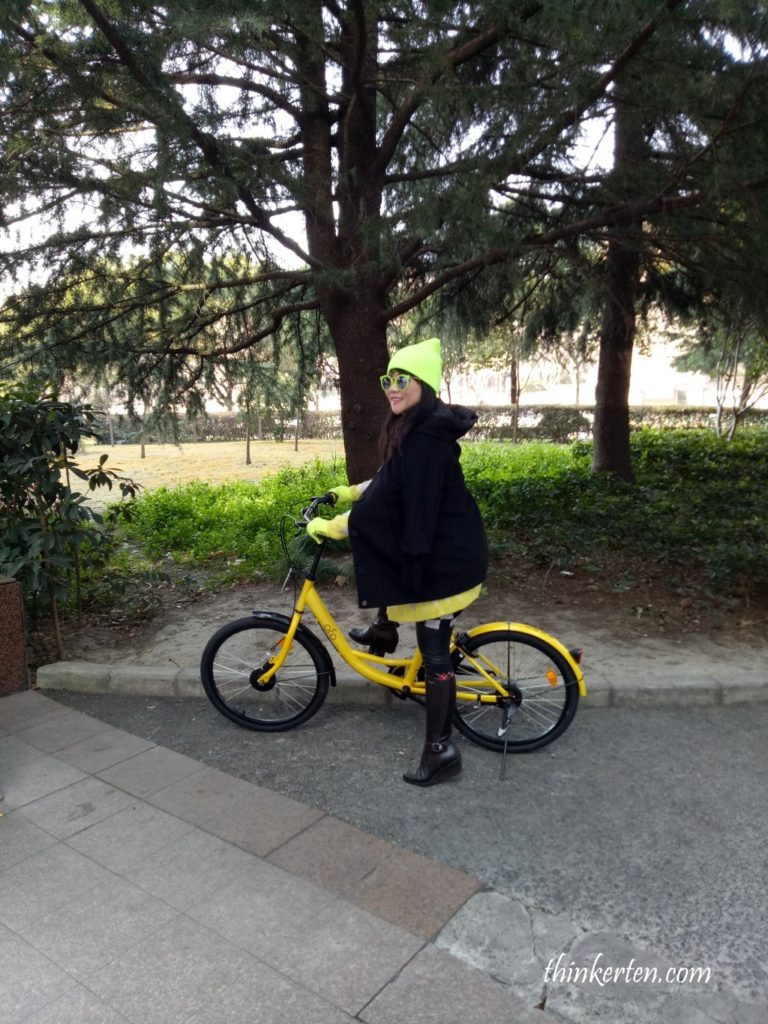 I was walking on the street Century Avenue, Shanghai and saw “Haibao” mascot for 2010 Shanghai Expo on the wall.  Translation of Haibao is Jewel of the Sea.  The Haibao mascot look like a human/ren in Chinese character.  It has been 7 years past after the Shanghai Expo but the mascot – Haibo still can be seen somewhere in the street of Shanghai. 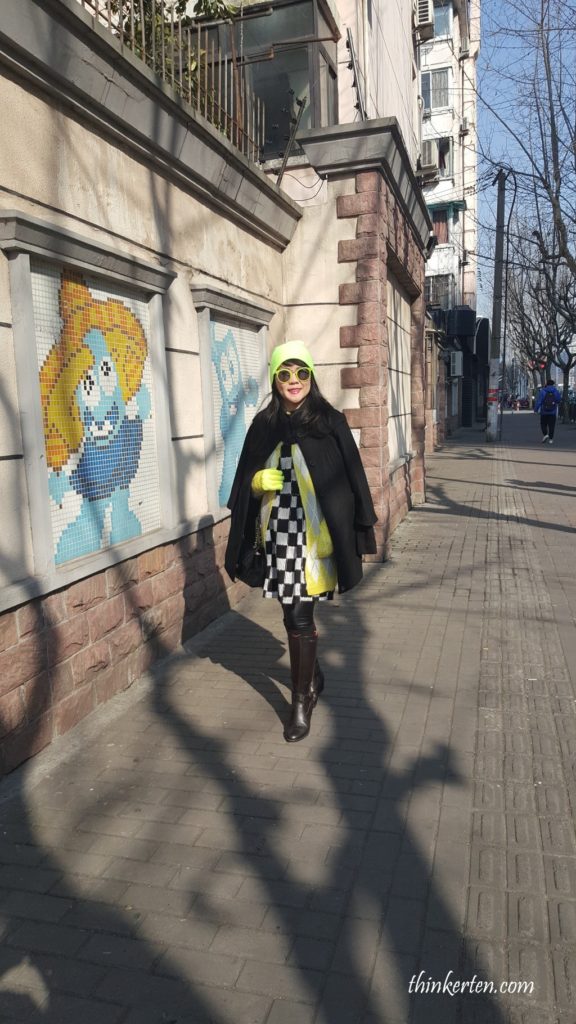 Some history background when you get off from the People Square metro station.  You will see a wall showing Good Eighth Company on Nanjing Road.

Many years ago, the Eighth Company of People Liberal Army was stationed and kept order on Nanjing Road, the most prosperous street in Shanghai. They had done many good deeds so a recognition was given as shown on the wall. 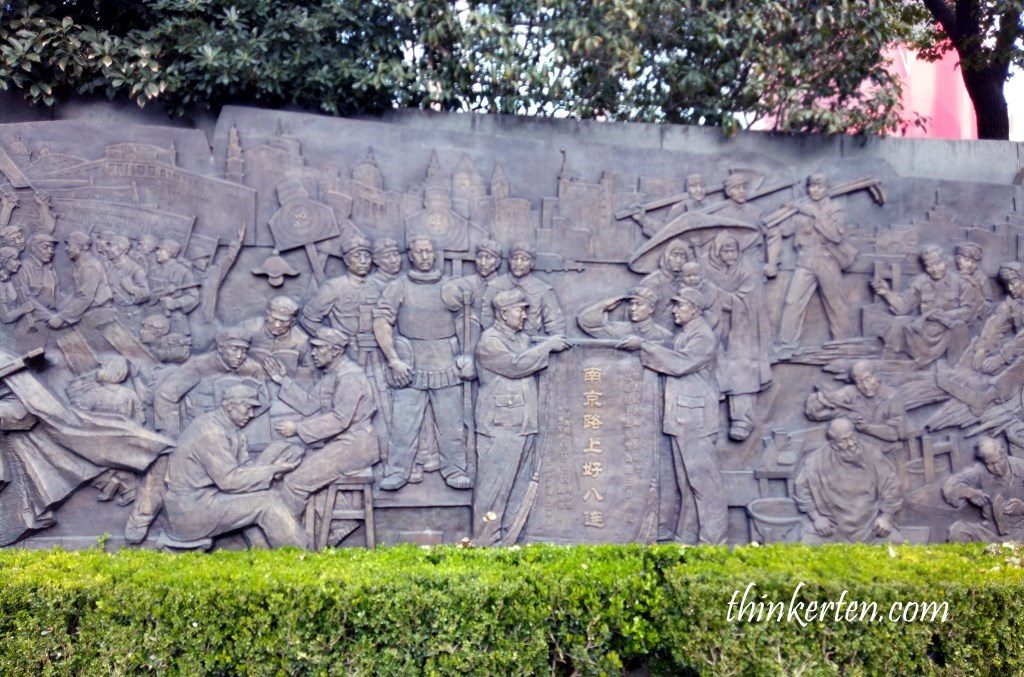 Ode to the Eighth Company/八连颂 – by Mao Zedong 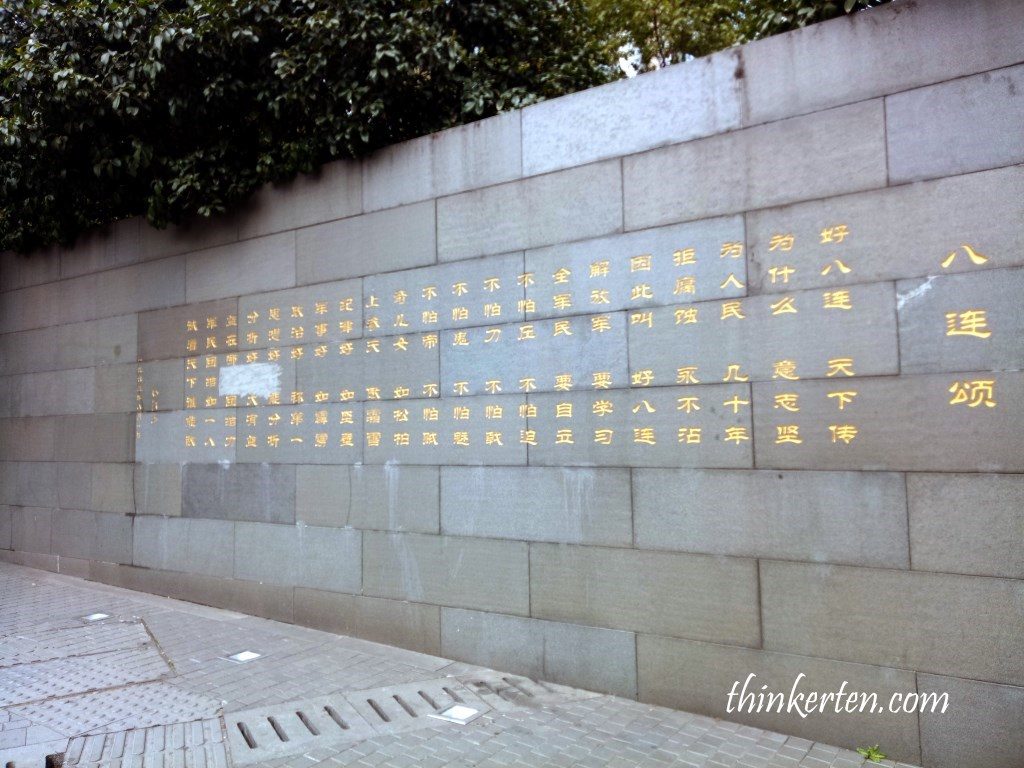 Some statues showing the Good Eighth Company – these soldiers who managed to resist the corruption and preserved the spirit of hard struggle. 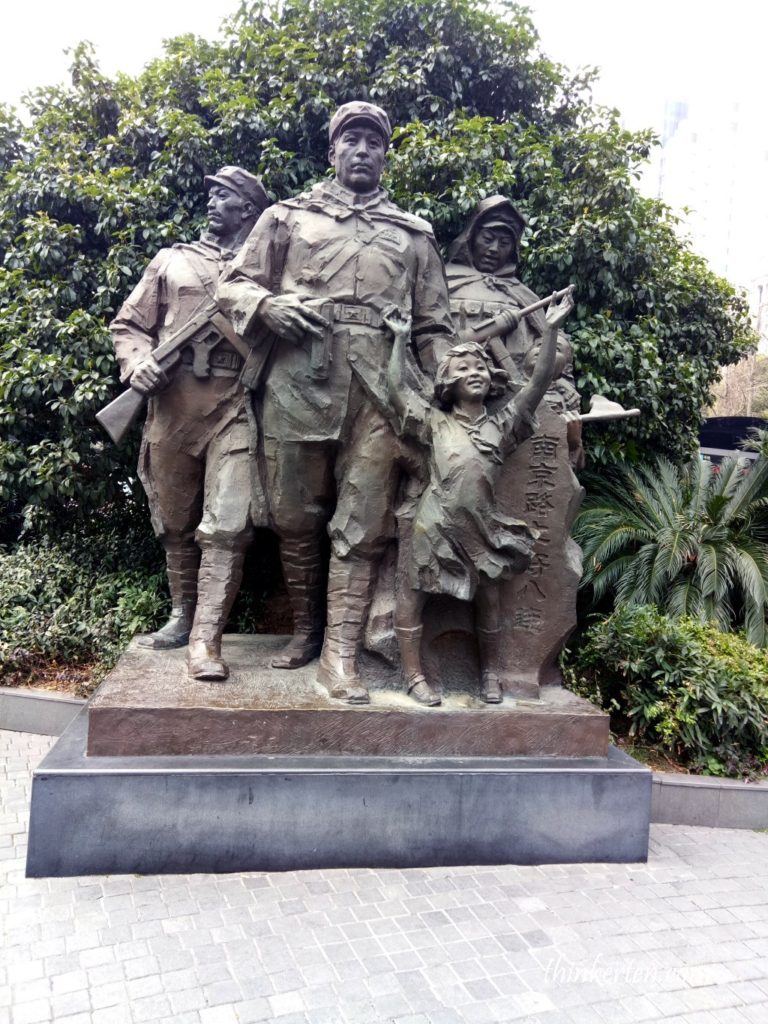 To be frank, there is nothing much interest me in Nanjing Walking street. Since this is the most famous shopping streets in Shanghai and one of world’s busier street, I have to come and have a look. 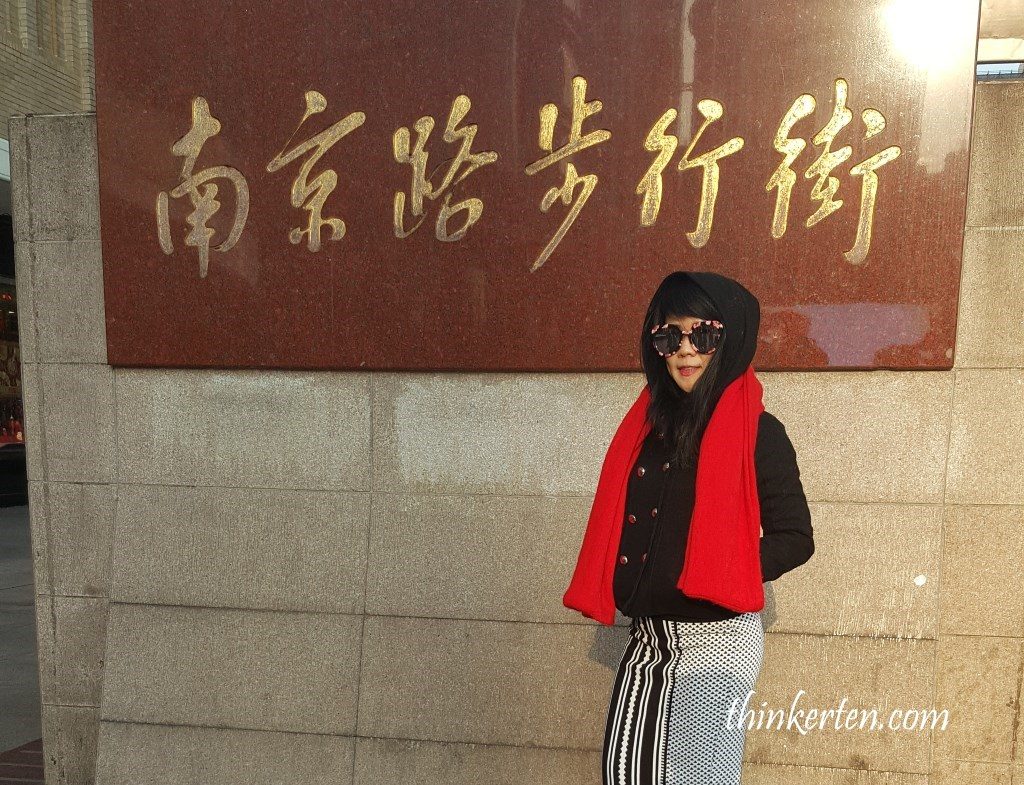 Nanjing Road is about shopping and eating. 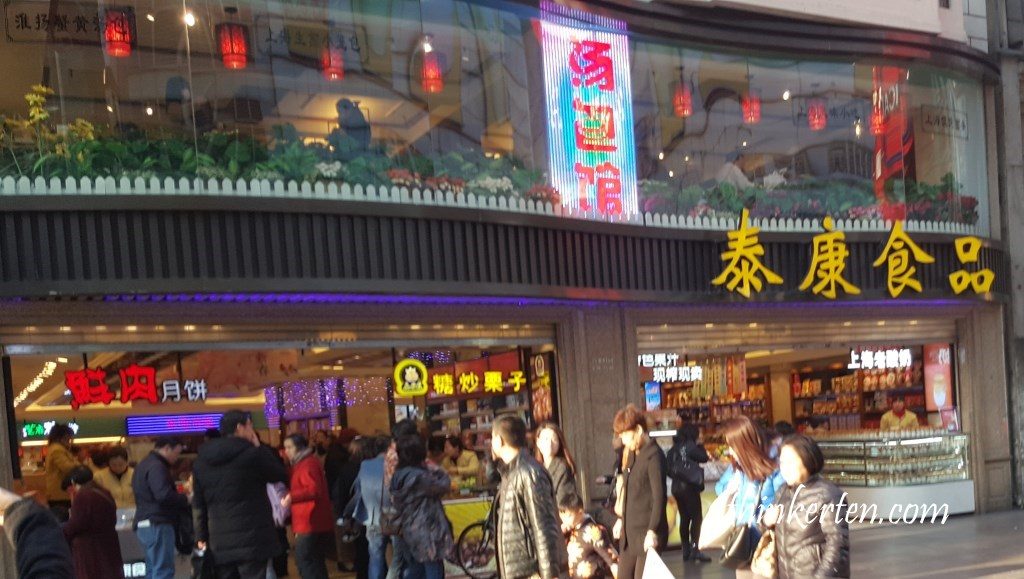 ‘Chuan’ is originally from Xinjiang region of China but it has been spread throughout the rest of China.  This is a popular street food and product from the Chinese Muslim’s cuisine. 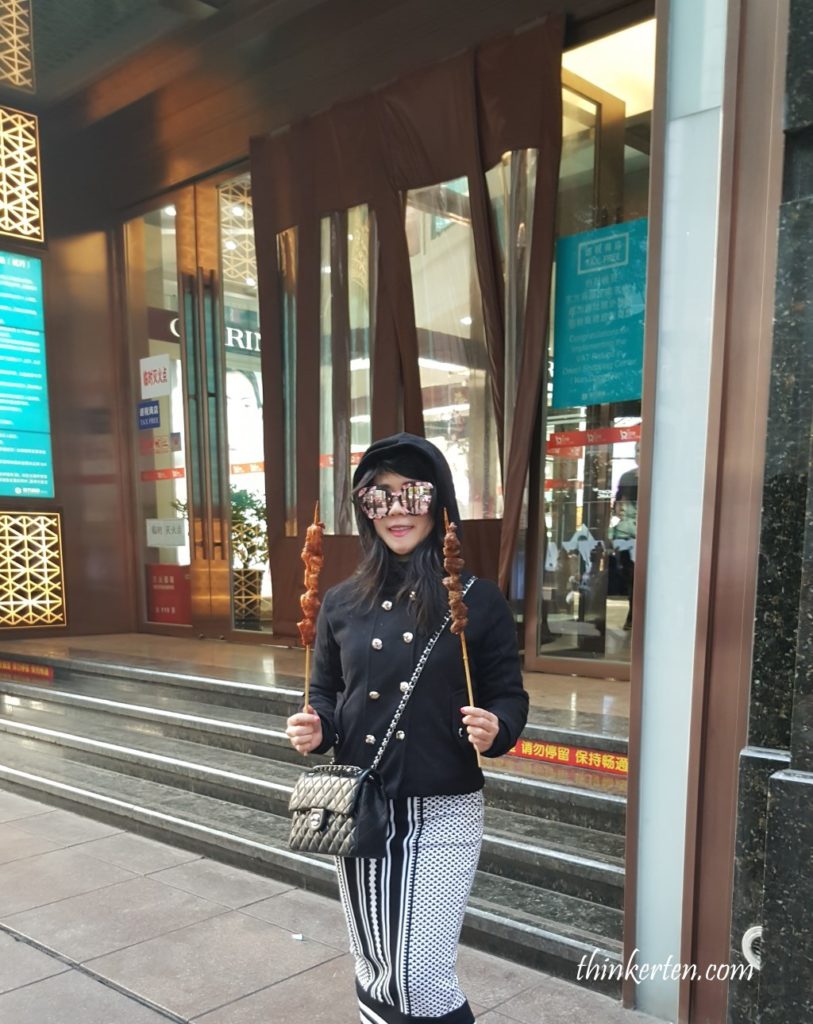 I tried some meat skewers on the street.  I ordered two for RMB 15, one beef one chicken.  You will not able to find the ‘pork” meat skewers since this is the Muslim’s cuisine.  Anyway, both tasted delicious. 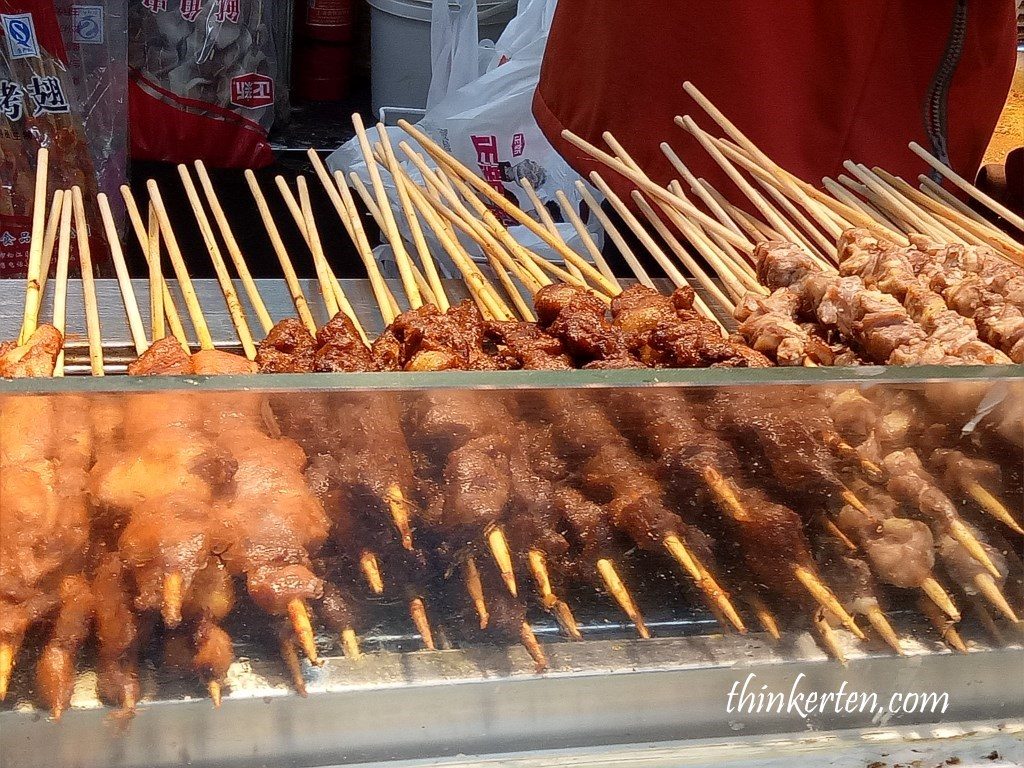 Shanzha drinks or shanzha coated with sugar can be seen selling here.  I find many of the drinks here like to add in some shanzha.  I know since young we like to eat the Haw flakes/山楂餅.  This is how the Shanzha look like.  The original color of the Shanzha should be in red, but it has been coated white sugary powder. 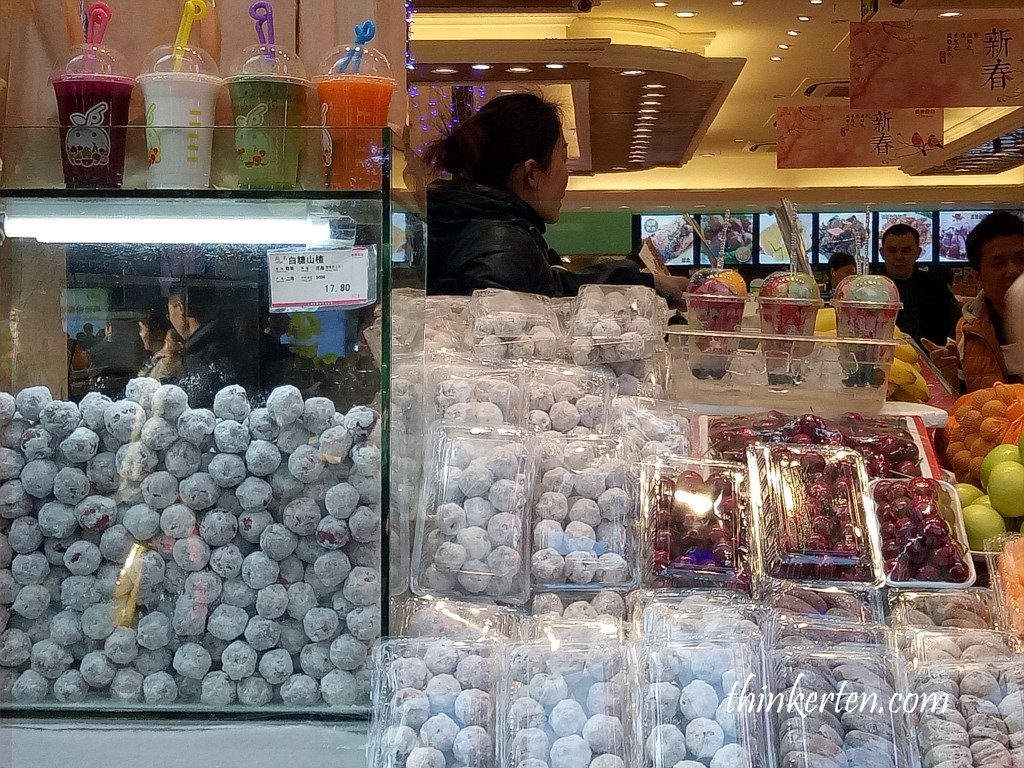 A meat moon cake with egg yolk cost me RMB 10, I find this is quite expensive and the taste?  Nothing much special. 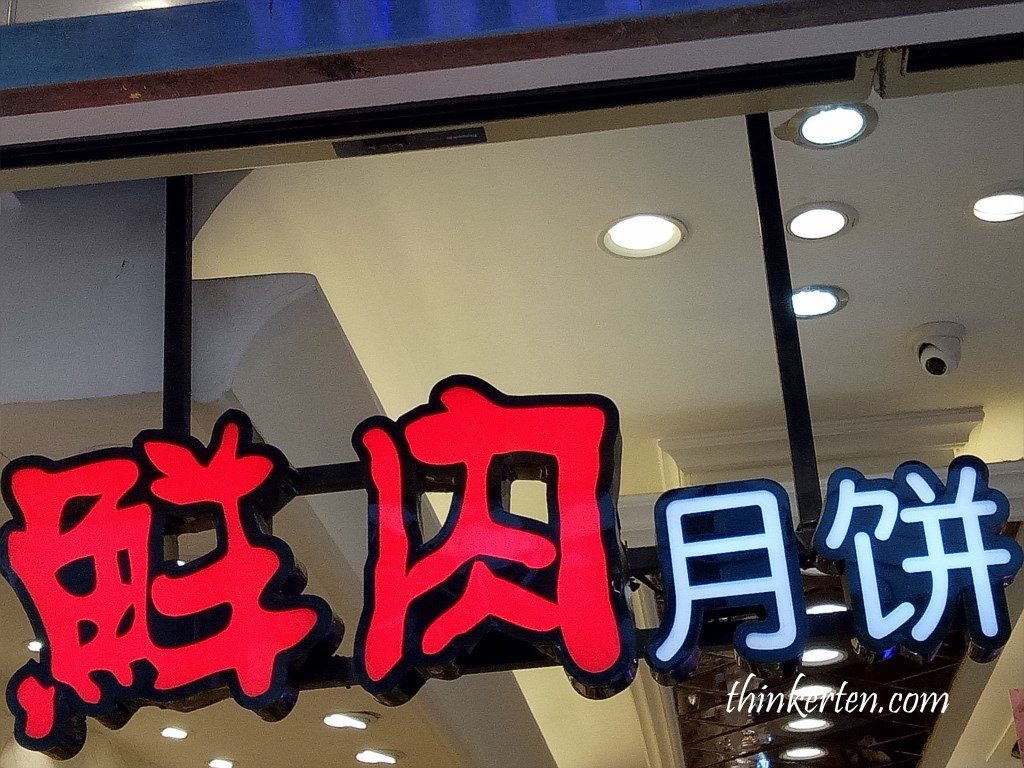 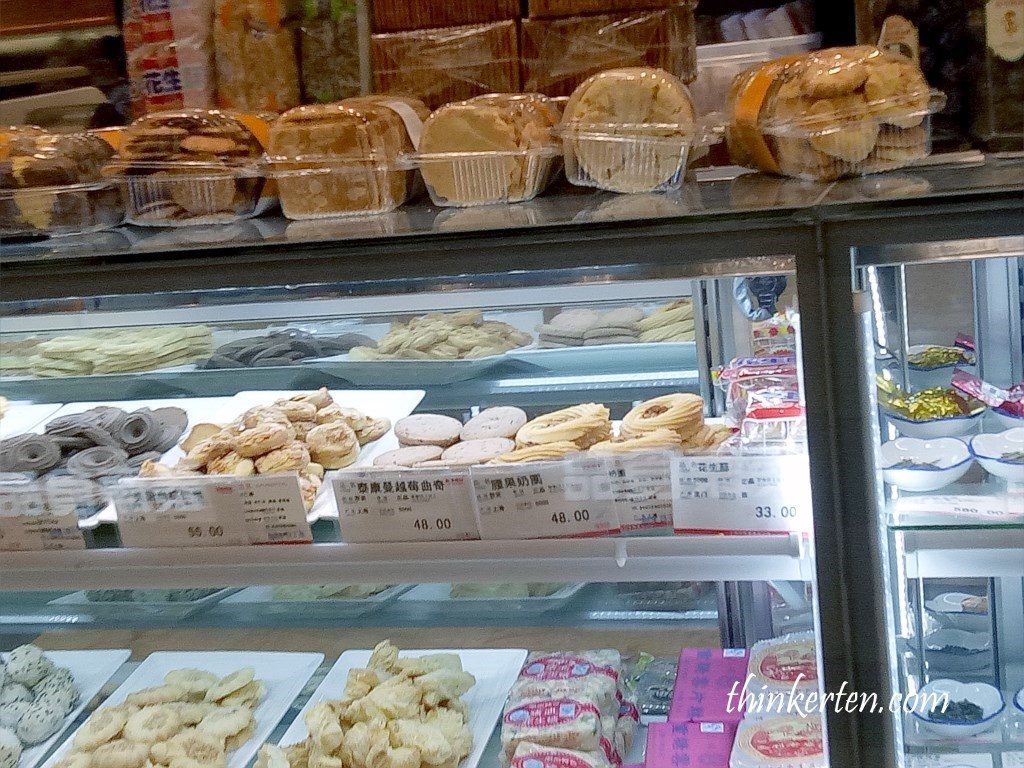 A shop selling Chinese Bacon.  Can you see one of the pig head hanging on the wall?  I wonder if anyone will bring this ‘pig head’ home? 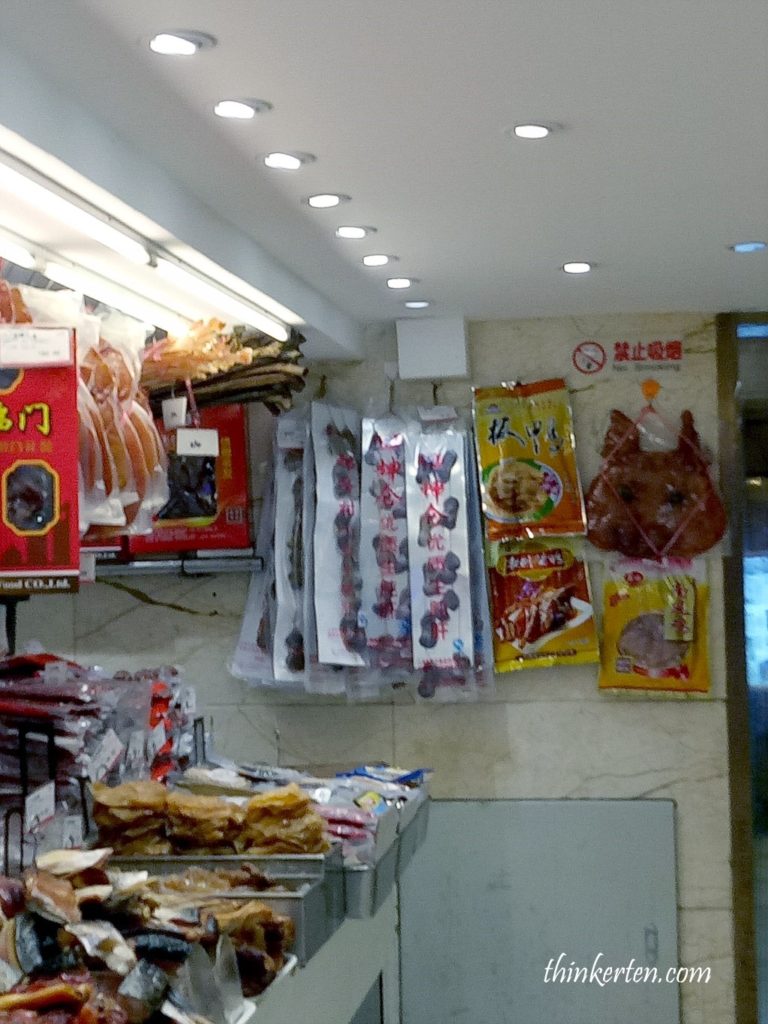 This is one of the most popular drinks in Shanghai.  In the signboard you can see it written in Chinese, the yogurt can be heated.  Why not try a heated yogurt in winter? 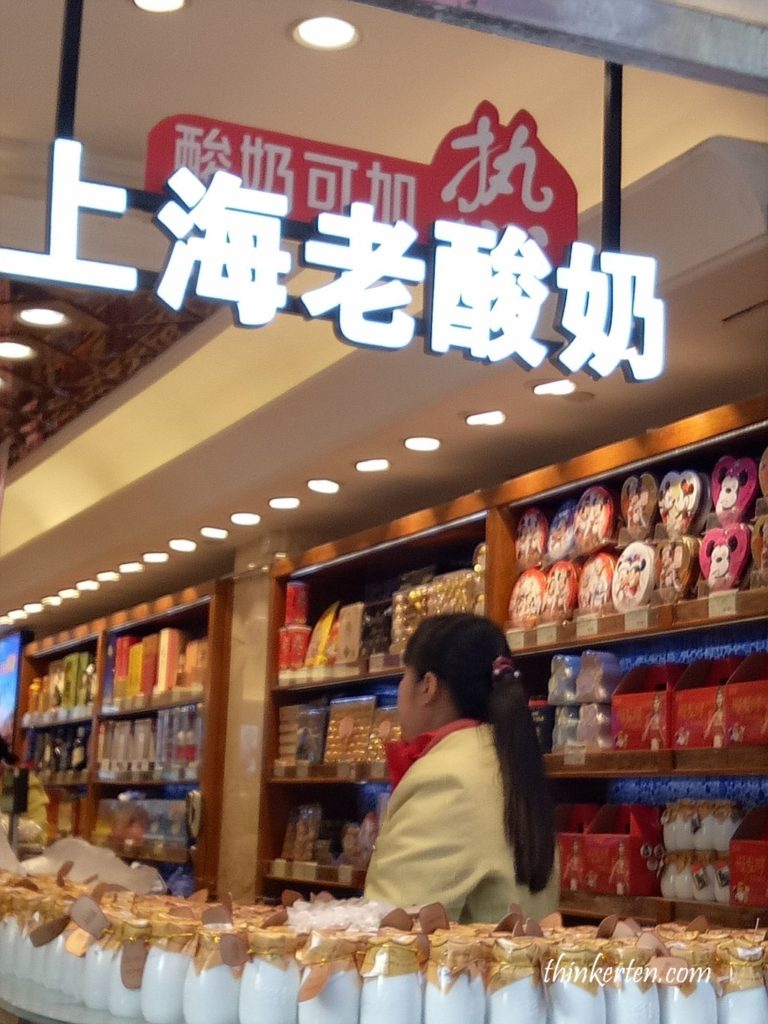 Nanjing Road is the world’s longest shopping district, around 5.5km long.  I took the small train which only cost me RMB 5 to travel to the other end of the shopping street. 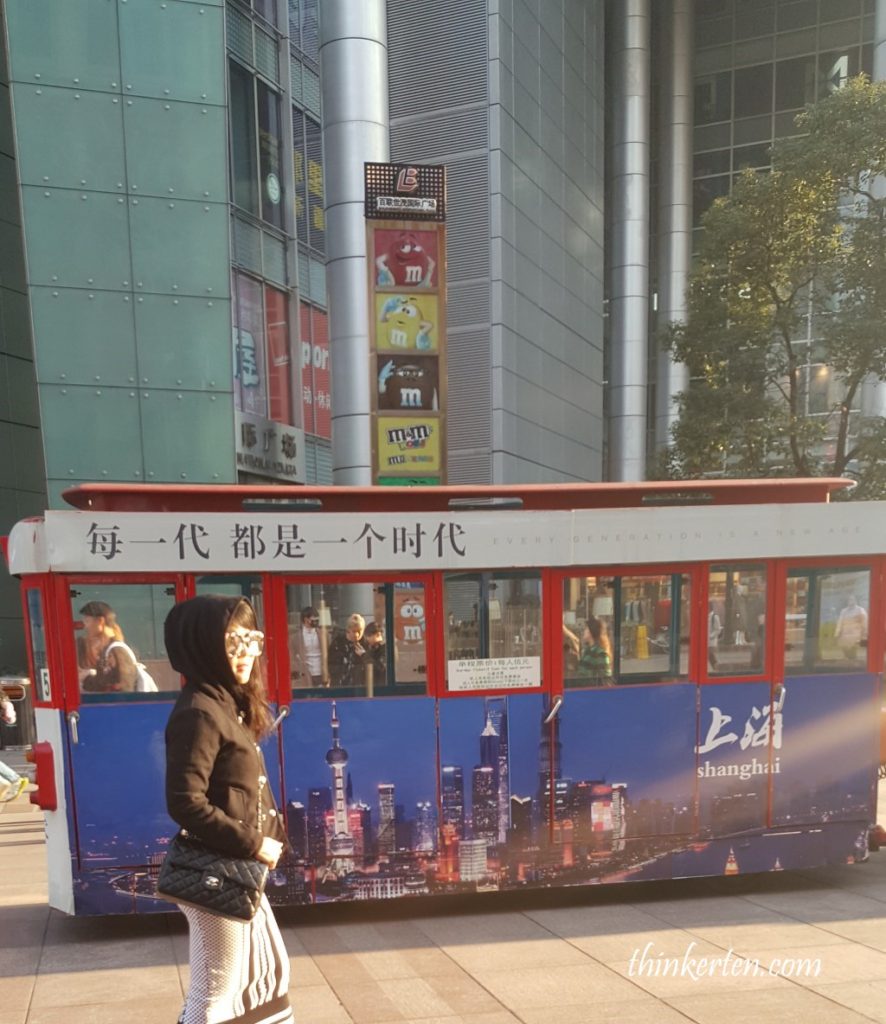 People’s Park is located south of Nanjing Road.  This park is famous for the blind date corner, which marriage advertisement listing are publicly posted each weekend.  Unfortunately I was not able to see any umbrellas with marriage posting along the park as it was not a weekend when I was there. 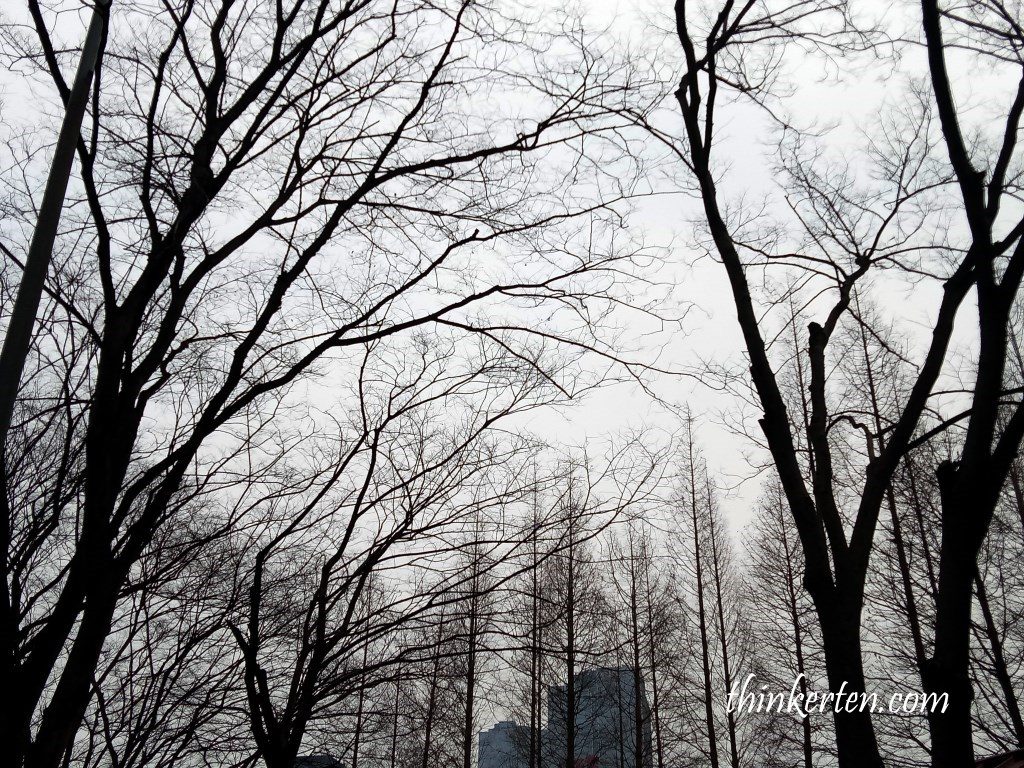 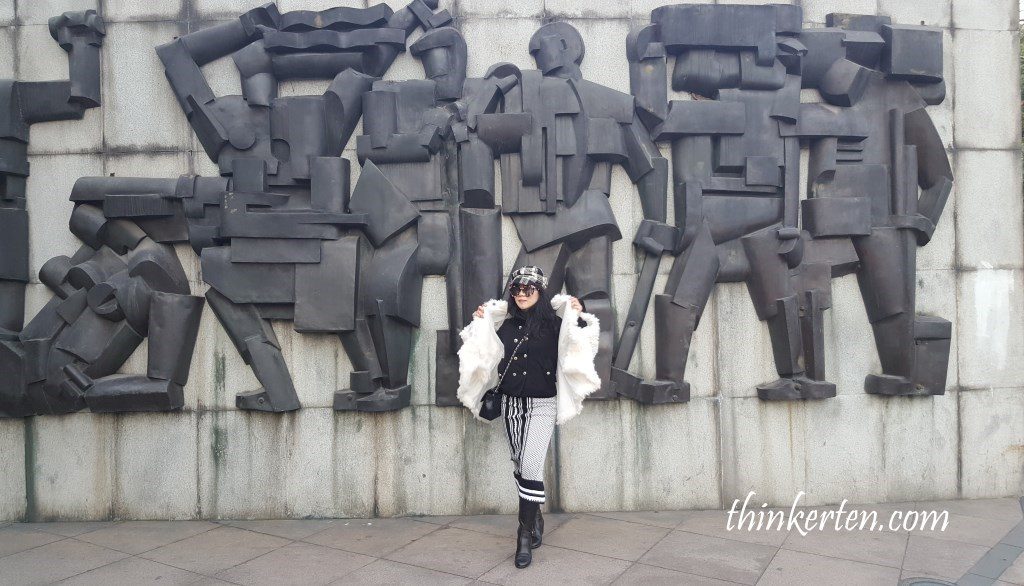 People gather in the park to play cards. 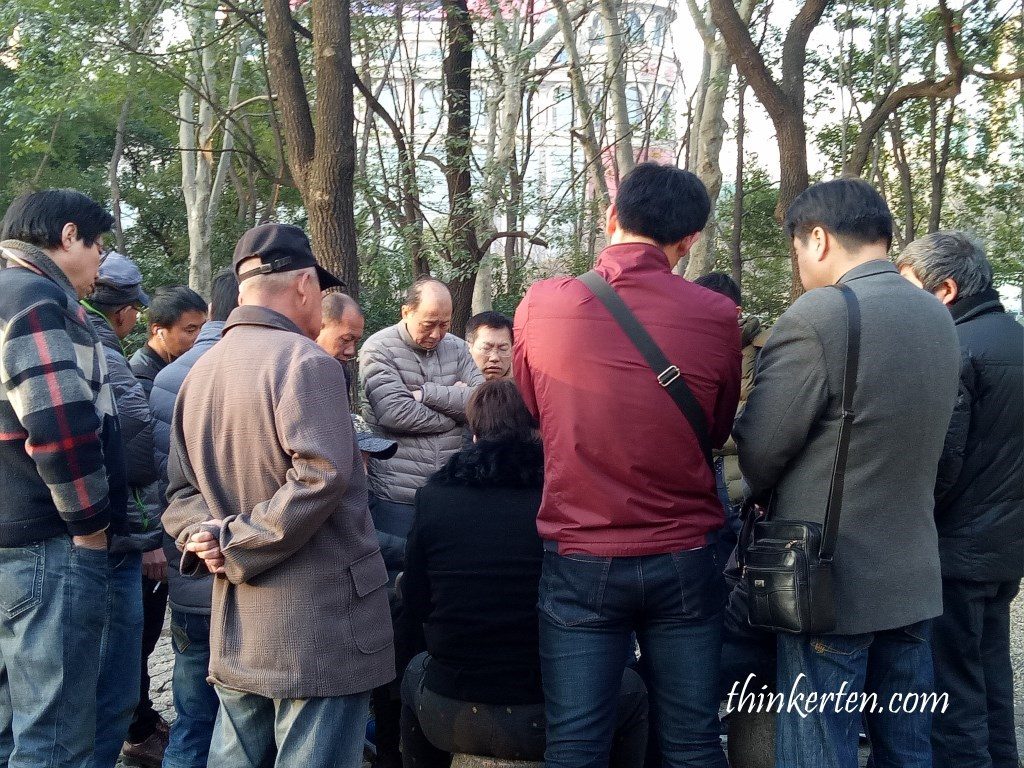 It is beginning of spring so some flowers started to blossom in the park. 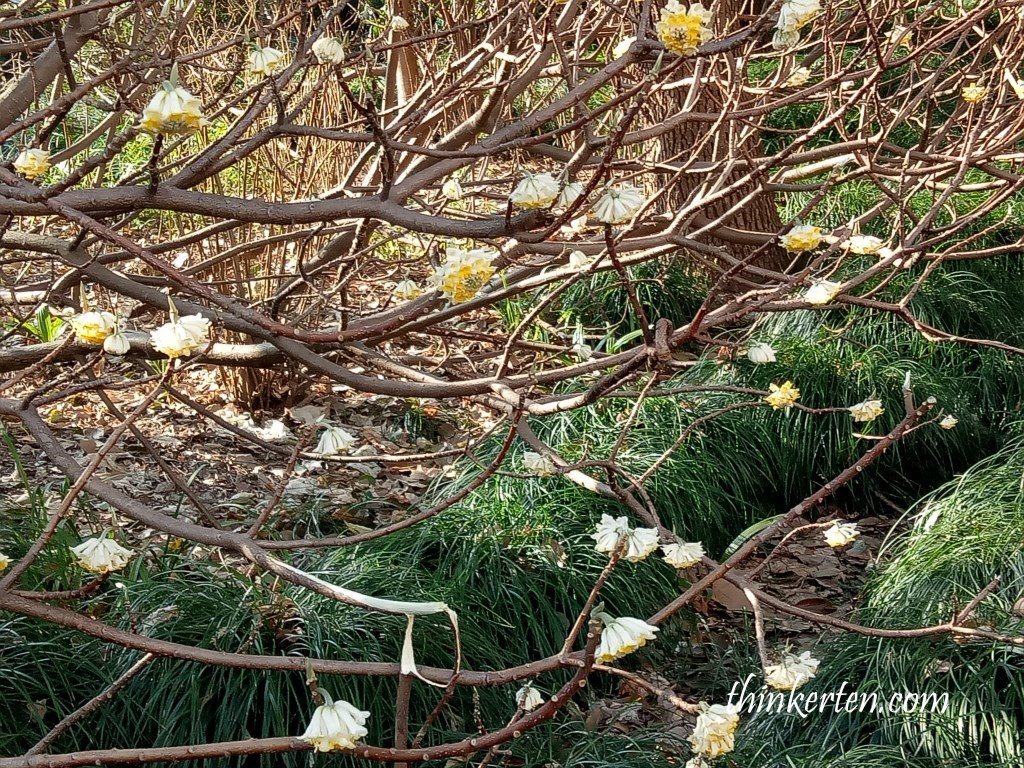 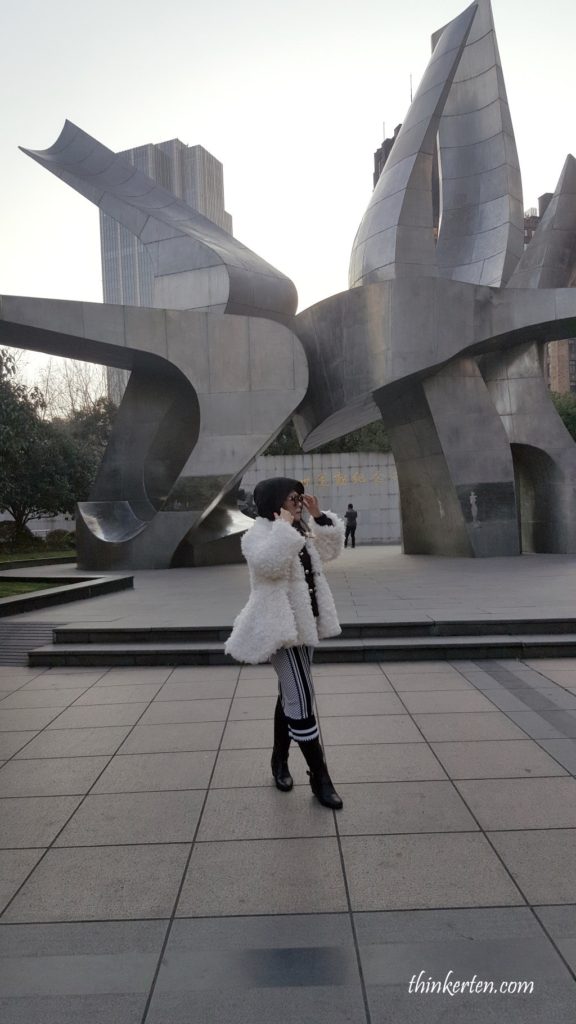 Seafood boiled in hot water but added chili oil in it. 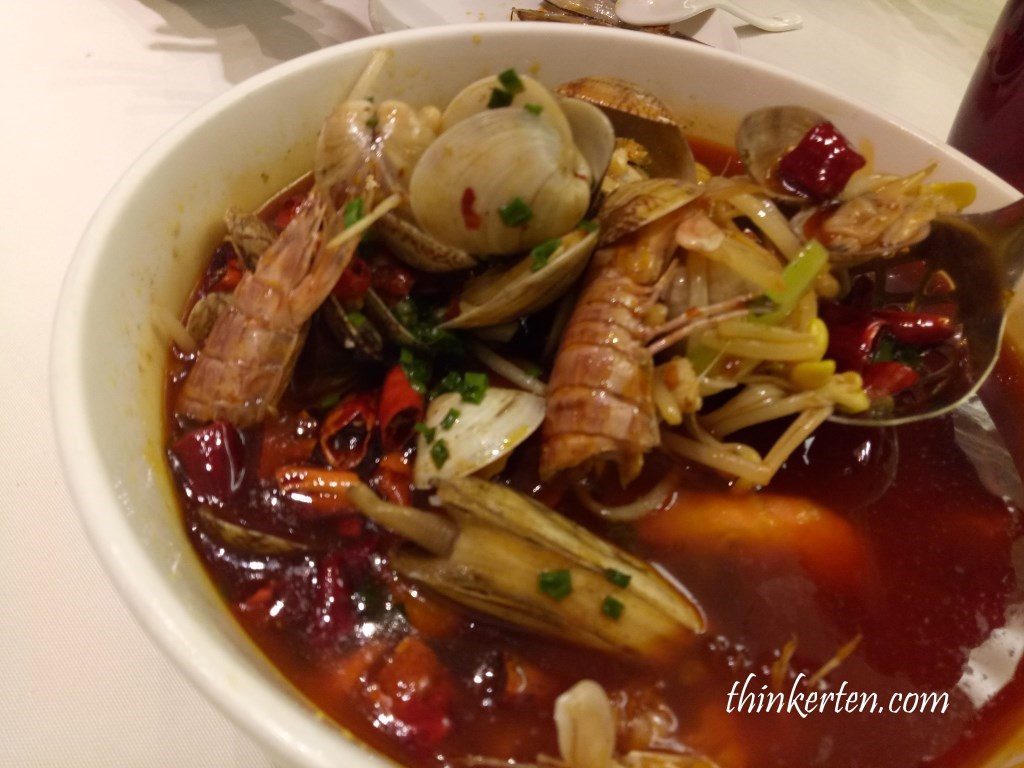 Salted duck with sticky rice and chestnut.  The sticky rice is a bit sweet and it goes very well with the salted duck. 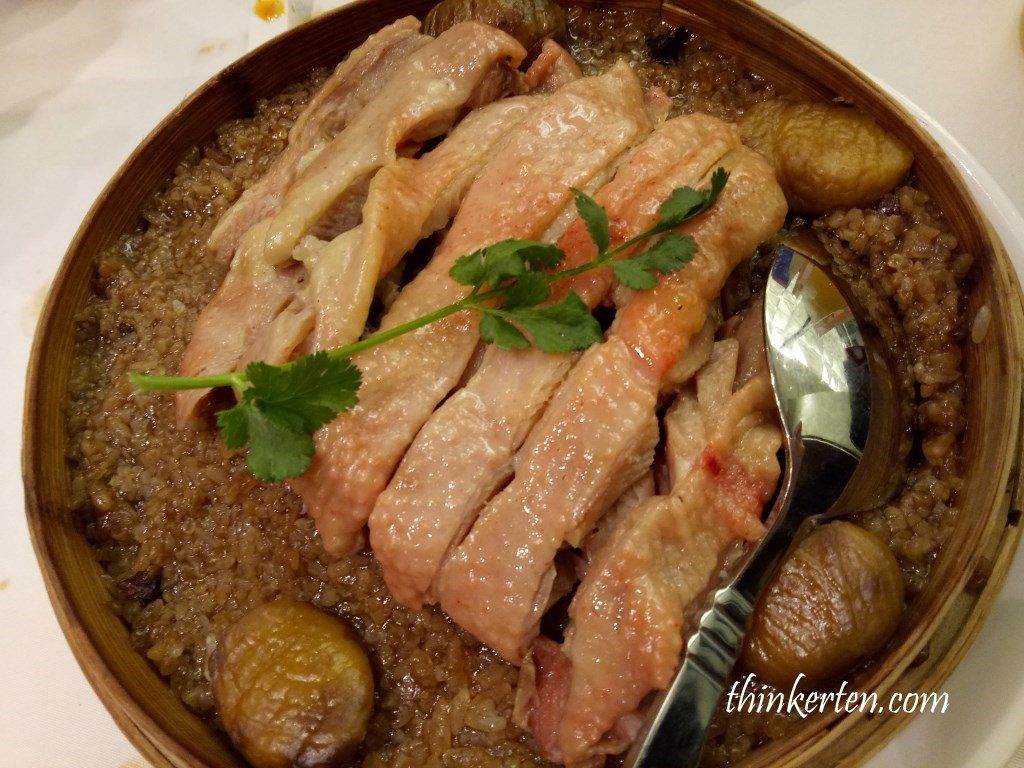 After dinner, I had a night stroll in the busy Shanghai Street.  Nothing particular interesting, as I mentioned I am not a city person. 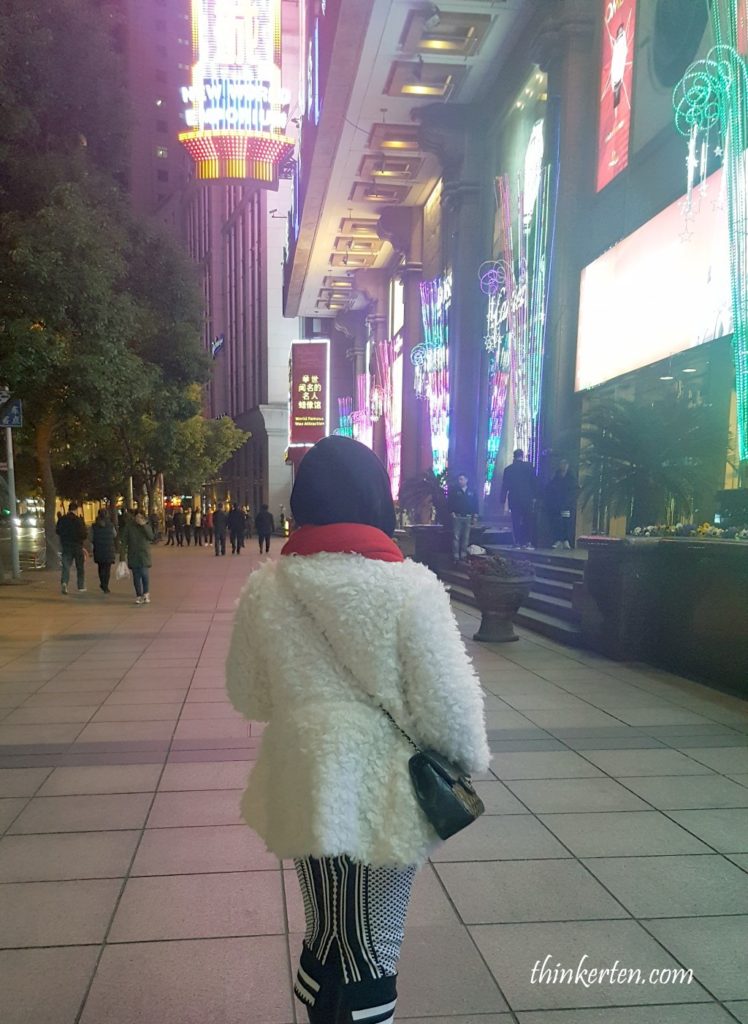 I had a Japanese Ramen in the Pudong Airport before flying back the following morning. 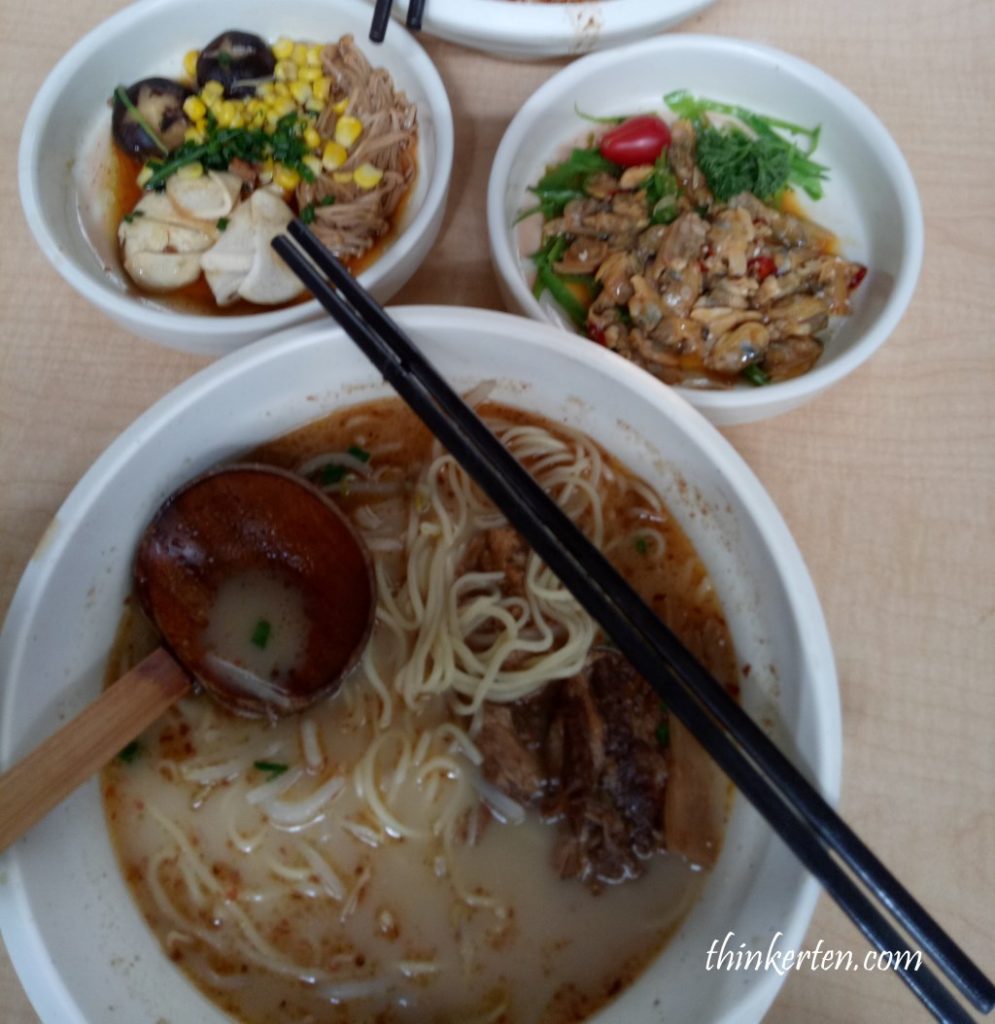 It is always wiser to go to the China’s airport earlier and do the check in because there are so many visitors and very long queue.  I was there 3 hours earlier.