Want a short getaway in the short weekend?  Here is where you can explore, the Kusu Island, situated at the south of Singapore.  The name in Chinese means turtle Island /Guiyu Dao (龟屿岛) and there are few legend behind it.  No passport needed to enter this island. 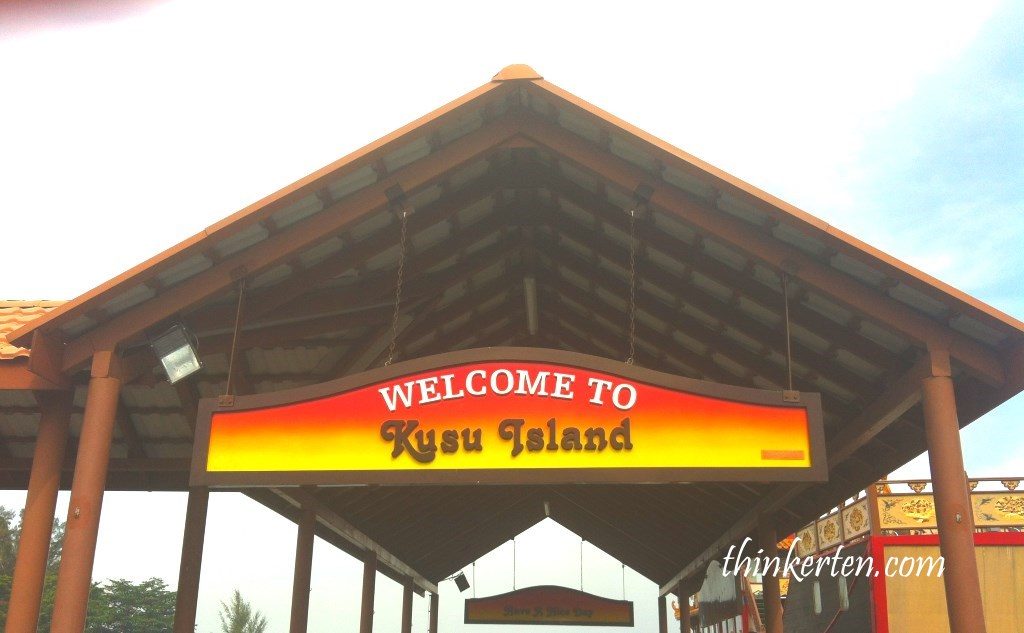 About 45 min ferry ride and you will reach Kusu Island, located 5.6 km southwest of Singapore. 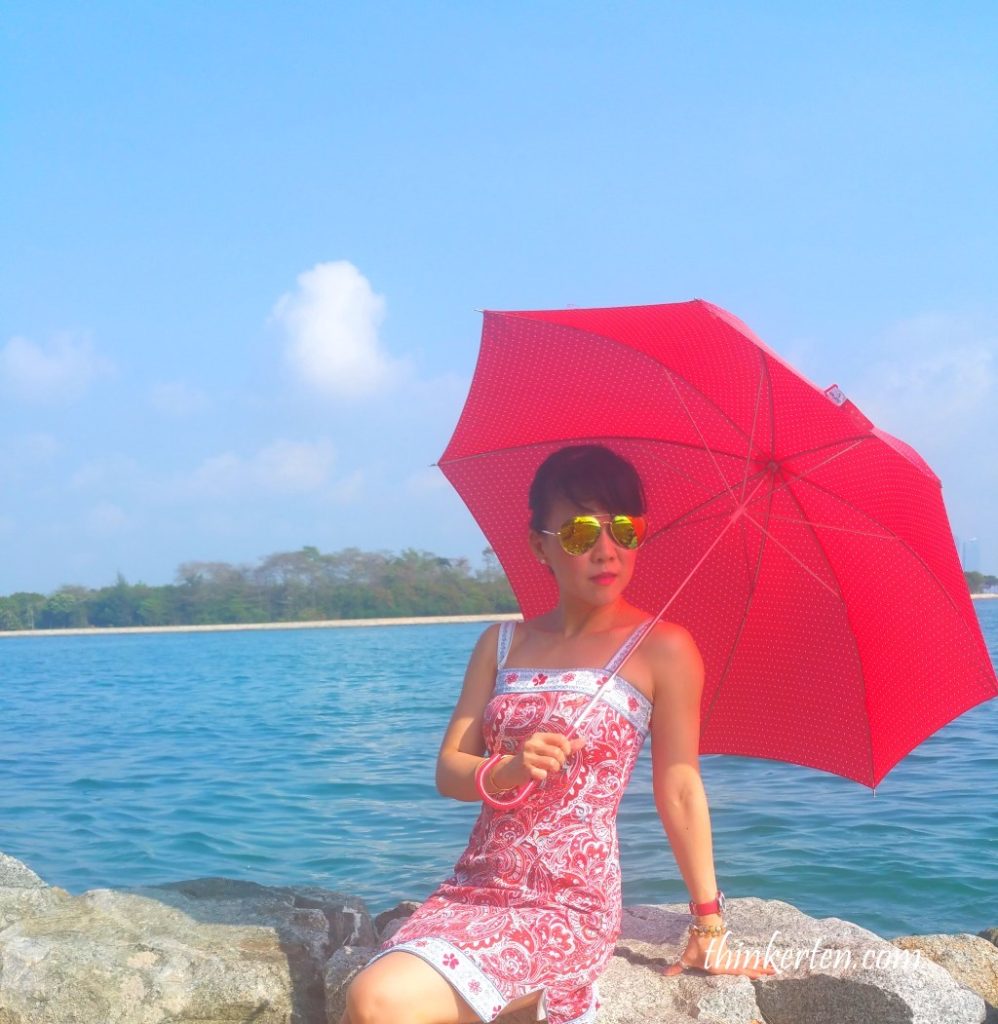 What do you have in Kusu Island? 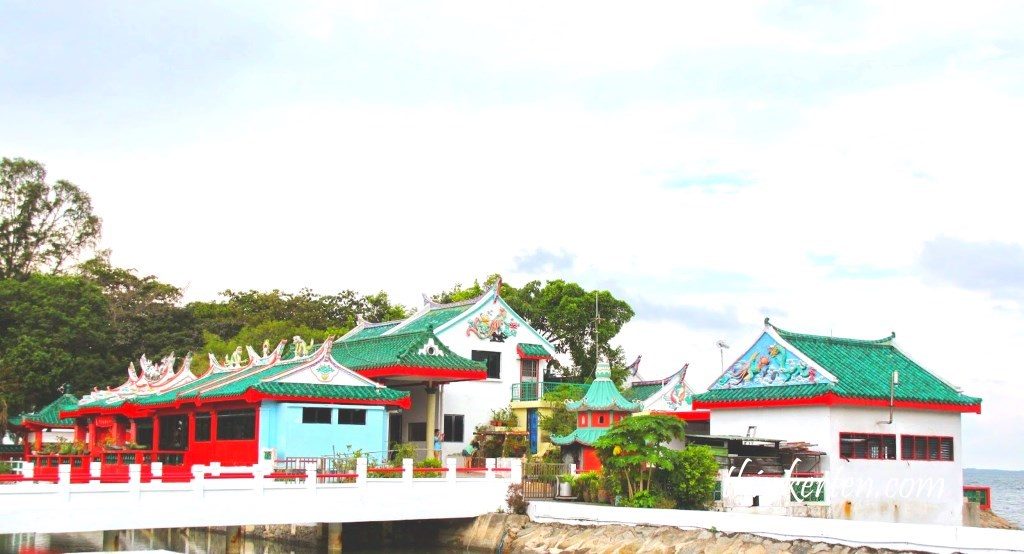 Kusu Island also known as  Pulau Tambakul – named after a kind of fish. Other name is Goa Island or Peak Island. However the most commonly used name is Kusu Island. 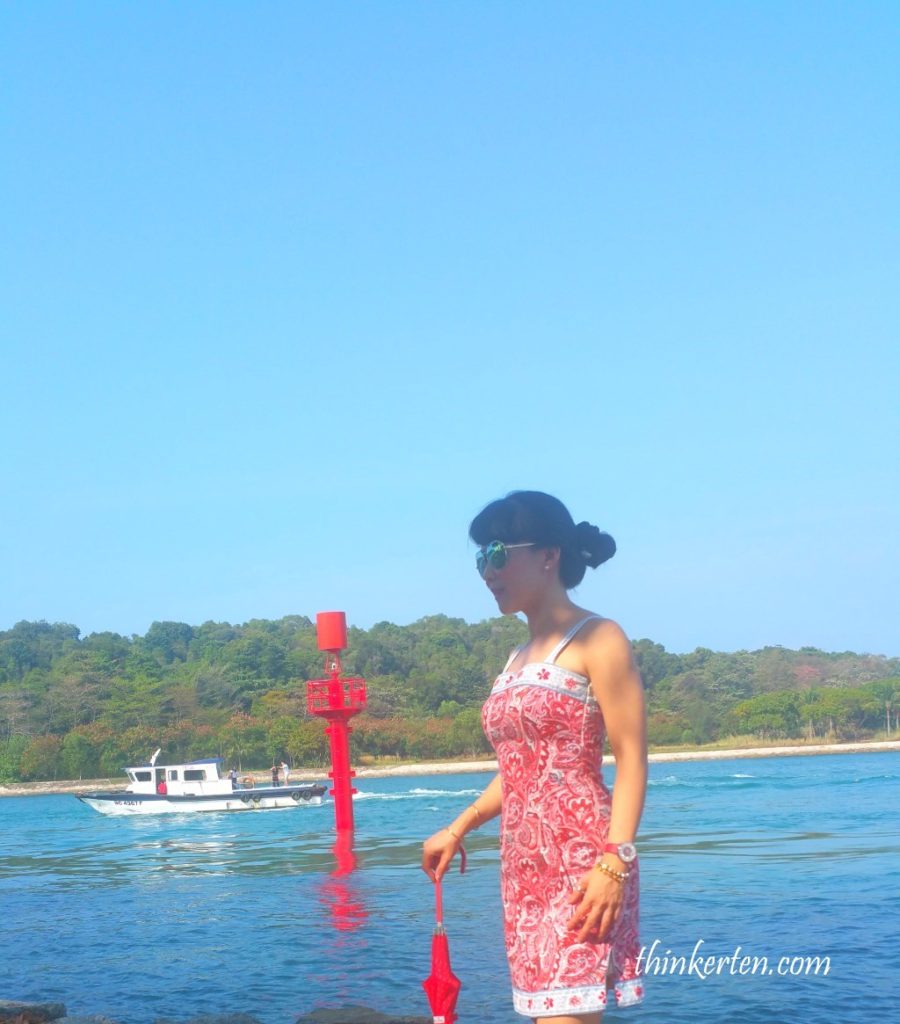 There is a Chinese temple and three Malay Keramat/Shrine on the island which attract thousands of pilgrim yearly, especially in the 9th month of the lunar calendar which start between September and October where a month long festival is held in Kusu Island.  During these period, it’s high season so the island will be very crowded with visitors. 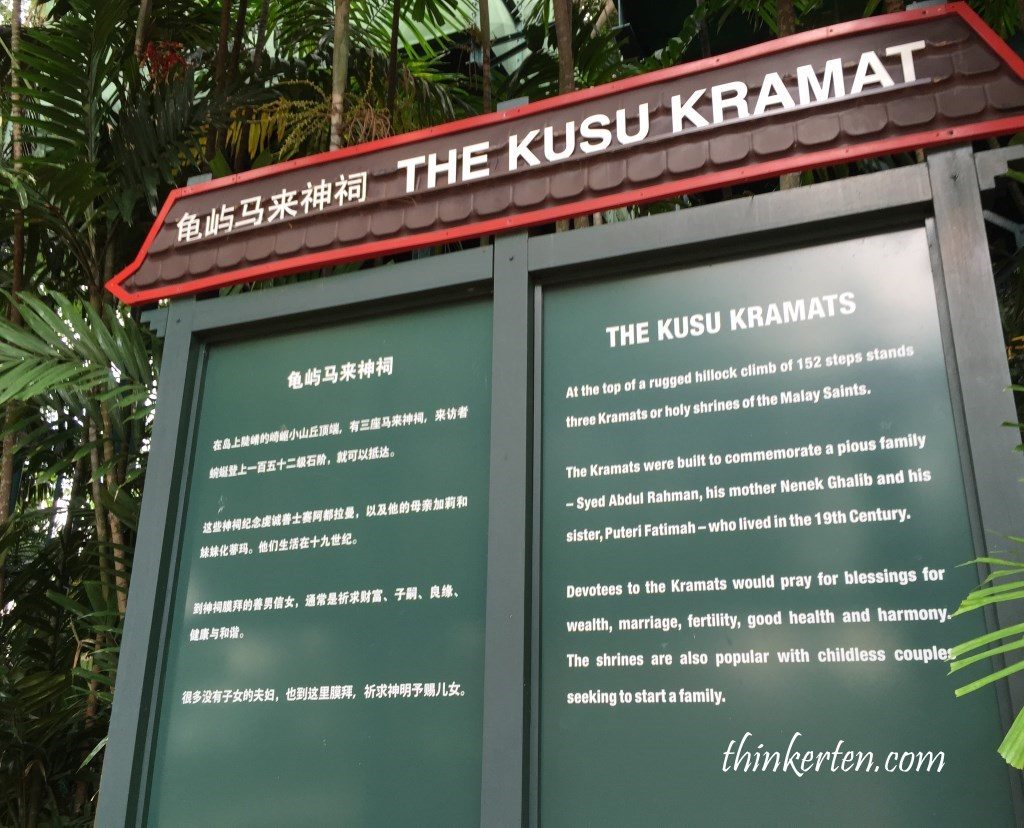 There is an open air food court selling some local food.  Not many choices to choose from.  But if you like to have a picnic beside the beautiful beaches, you can bring your own sandwiches, picnic mat and drinks here to enjoy.  If you don’t intend to picnic there, a good 2 hours is sufficient to complete the whole island as it is fairly small. 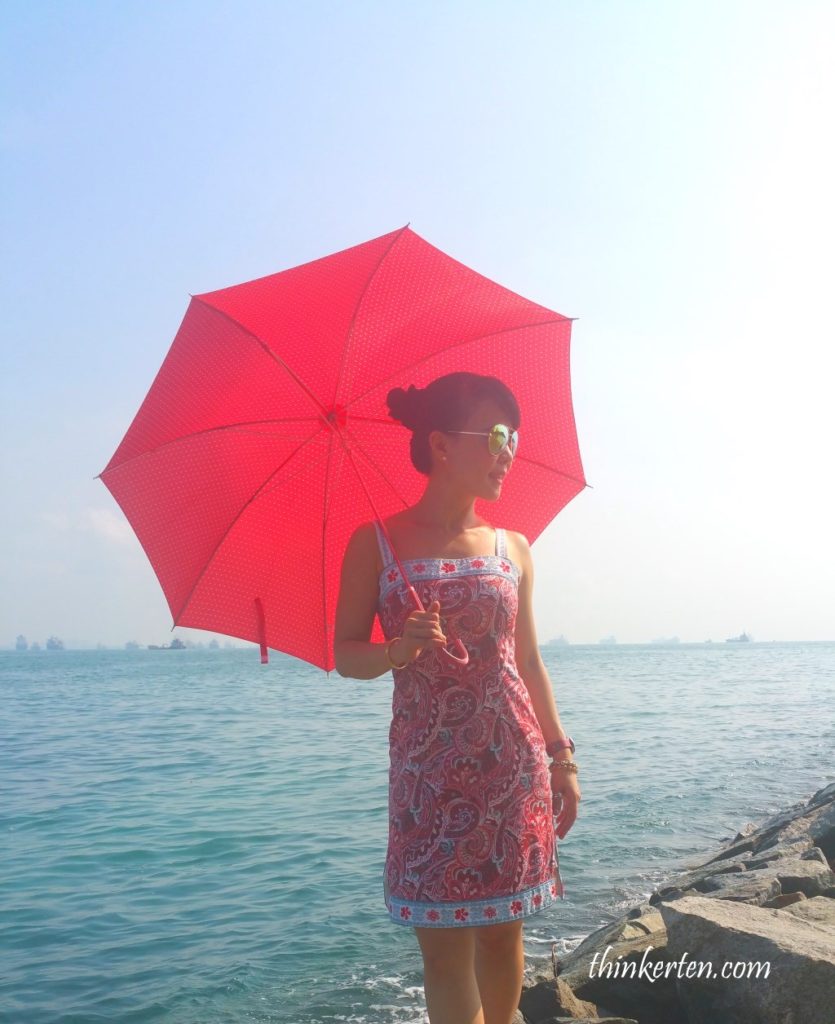 Two fishermen had wrecked their boat near Kusu and encountered some danger. A giant turtle luckily transformed itself into an island to provide sanctuary for the shipwrecked fishermen to land on. 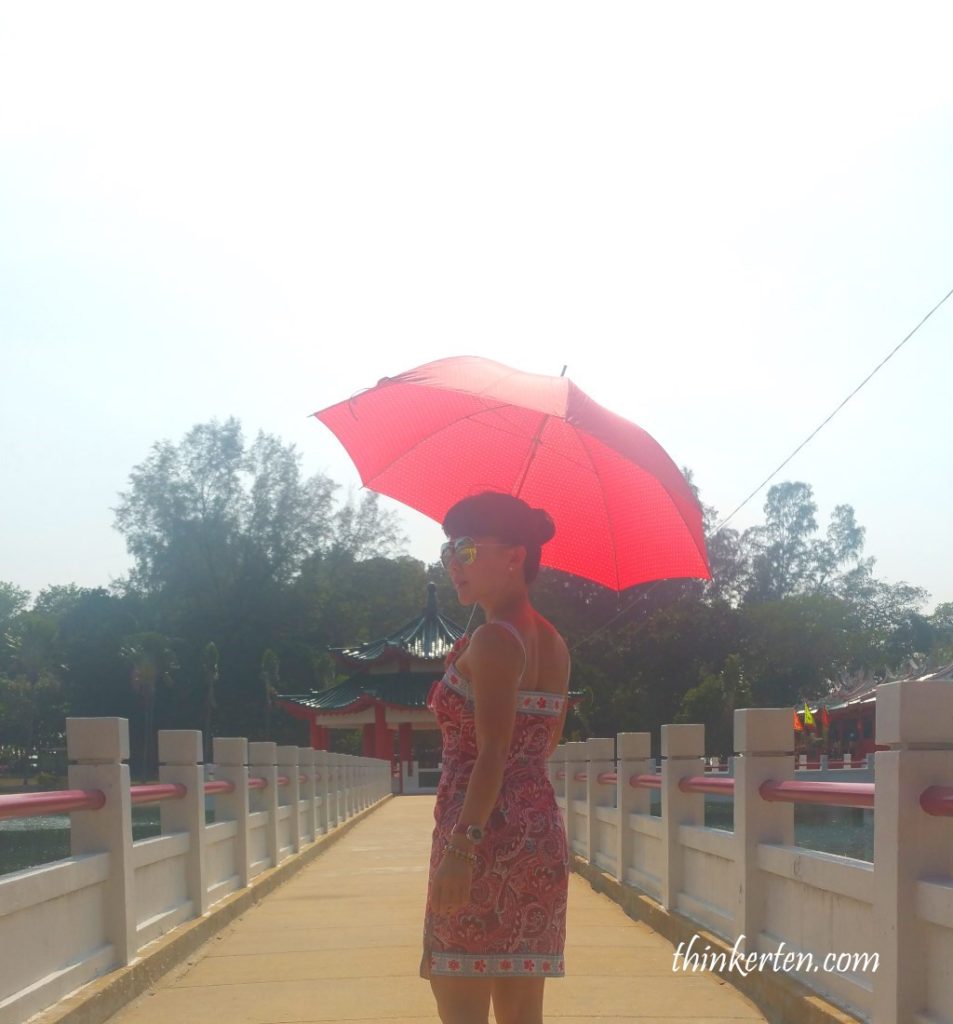 A sailing boat sink near Kusu Island, and went down with the strong waves. Only two survivors, a Chinese and a Malay were manage to swim ashore and their friendship blossomed and lasted until they died.  That’s why you see two big giant turtle statue located in the middle of the island.  Go spot the two big turtles, that is the highlight! 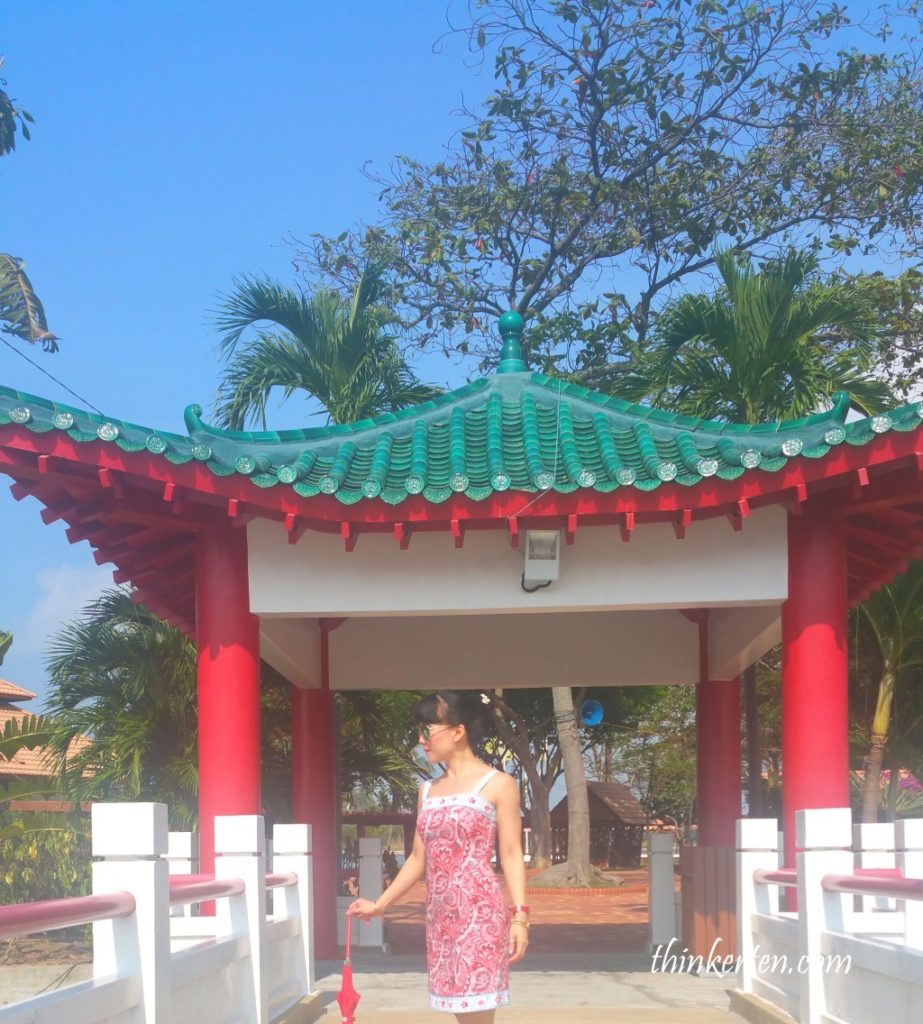 About 170 years ago, two holy men, Dato Syed Abdul Rahman, an Arab, and Yam, a Chinese, meditated and fasted on their pilgrimage to Kusu. Yam fell sick and Syed prayed for him. A miracle boat appeared with food and water saved both their lives. So the two men regularly visited Kusu to offer thanks. When they died, they were buried next to each other on the island.  Later, the Tua Pek Kong Temple and the Malay shrine were built dedicated to them.

Which legends do you prefer? 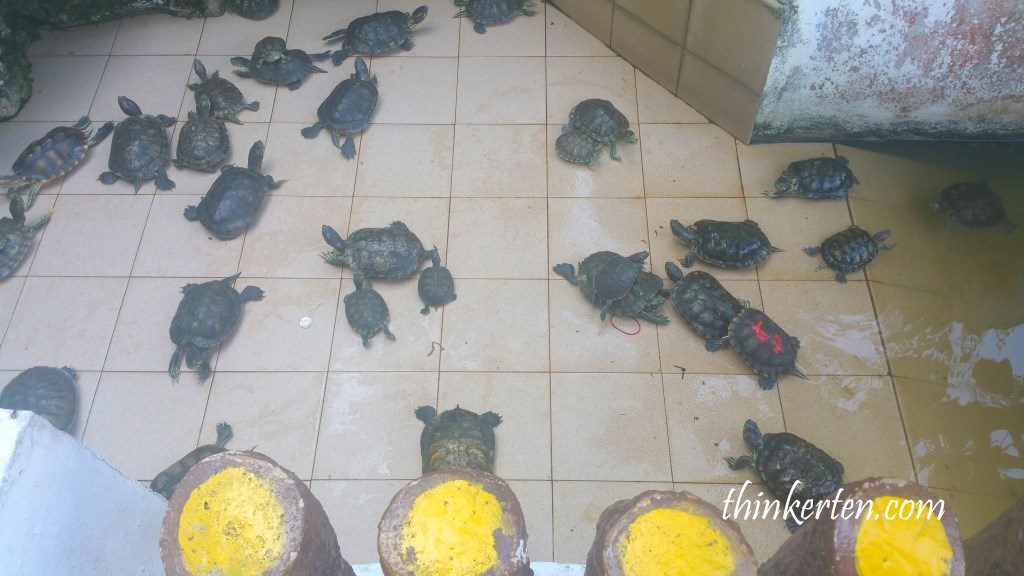 There is a turtles pond in the Chinese temple.  Children love this pond.  I don’t think you can feed them as they don’t sell any vegetable to feed the turtle.

The striking yellow-colored painted shrines is Datuk Kong worship, a fusion of pre-Islamic spirit belief, Sufi saint worship and Chinese folk religion.  The Malay Keramat is quite interesting to visit as the people who work there constantly yelling at some loud words when you enter the shrine.  You may get shocked at first.

Self Drive in UK : St Fagans Museum Cardiff in Wales