The first thing I heard about the word Cologne, I relate it to the perfume.  And in fact, yes!  It has a relation.

Eau de Cologne a french word meaning “Cologne Water”or simply cologne, is a perfume originating from Cologne, Germany.  Yes, we were about to explore the Cologne city.  It is Germany fourth-largest city and one of the oldest cities in the country too. 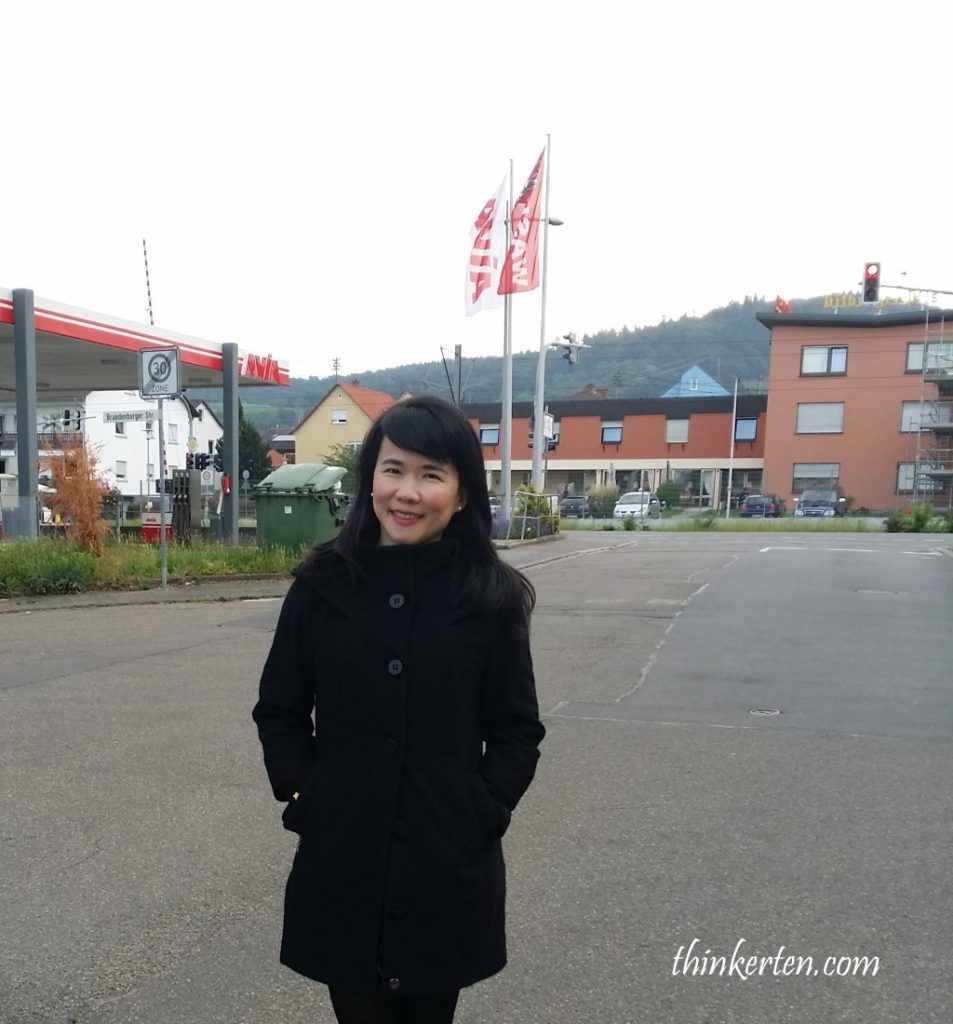 Stopped at a gas station so took few picture around the countryside before departing to Cologne. 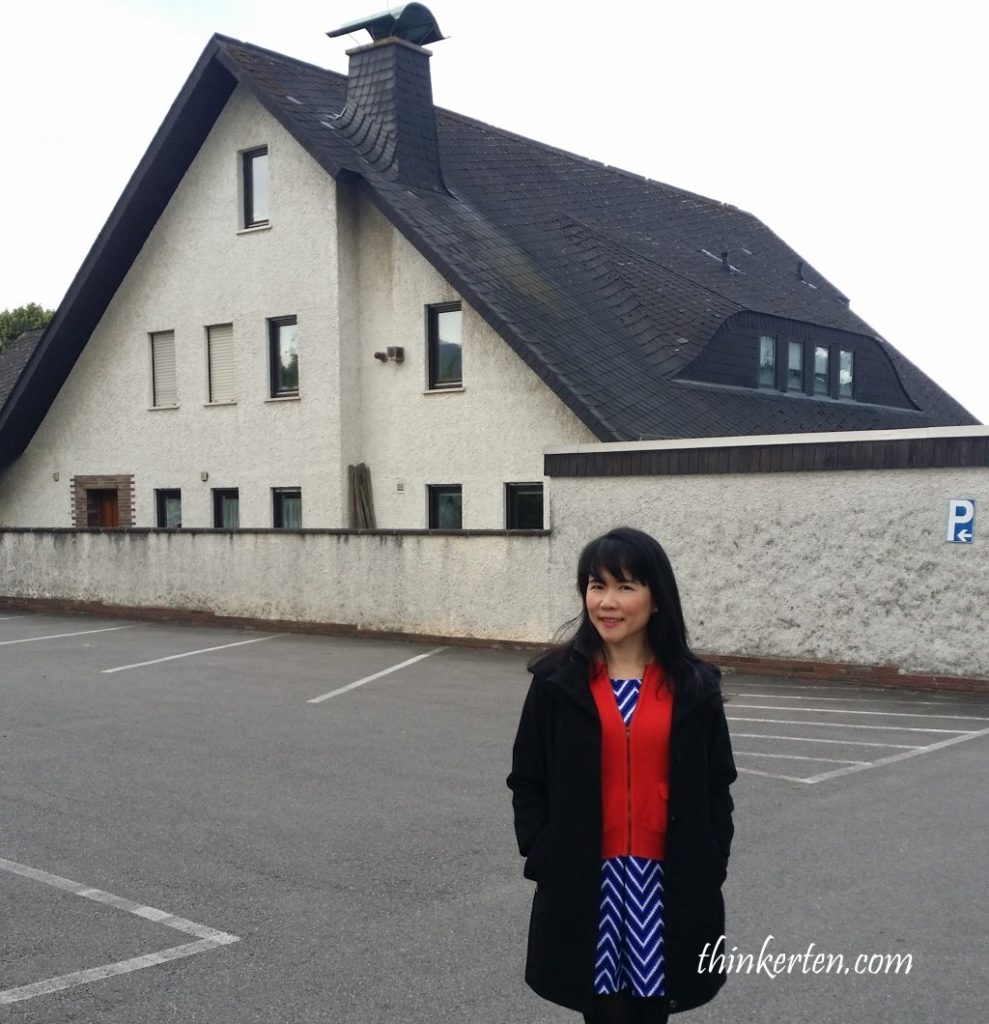 This interesting building is also known as “crane house”, refer to each one of the three block 17-story buildings in the city center of Cologne. Kranhaus building are unique with an upside down “L” shape. Why built in that L shape I wonder? It acts like a harbor cranes that were used to load cargo off of and on to ships when it was first built but now only 2 were left when the harbor redesigned as a residential and commercial center.   You won’t miss this outstanding L shape building from the river Rhine. 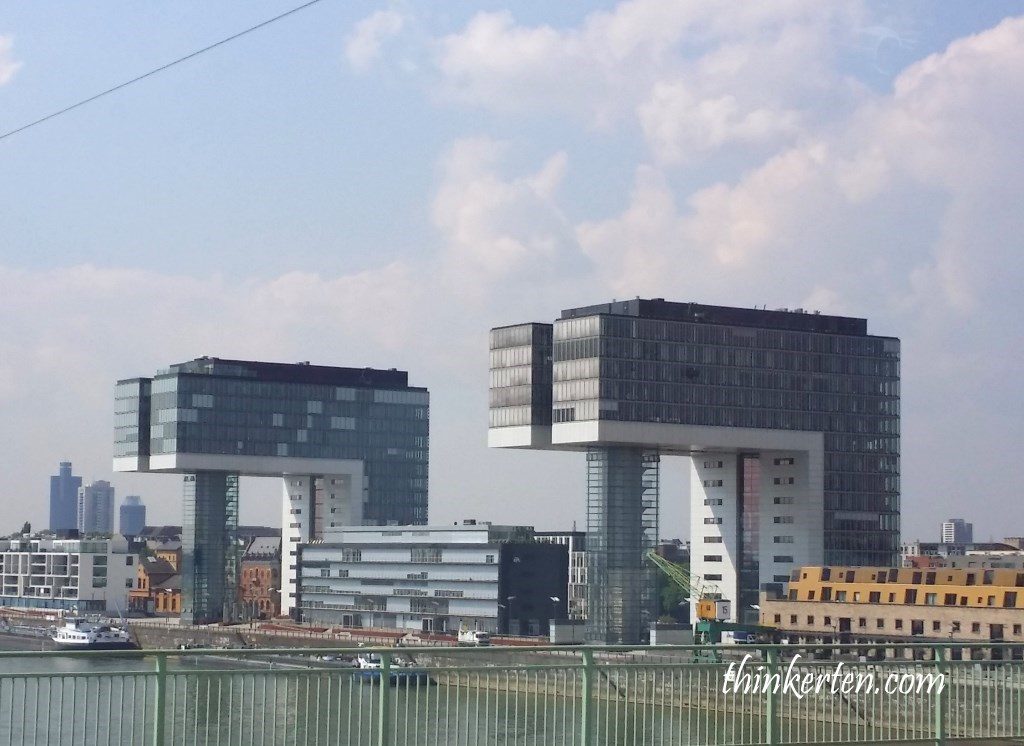 Cologne is known as the city of churches, with 12 large Roman churches located within the medieval city walls.  But we only visited the biggest in Cologne, the Cologne Cathedral. 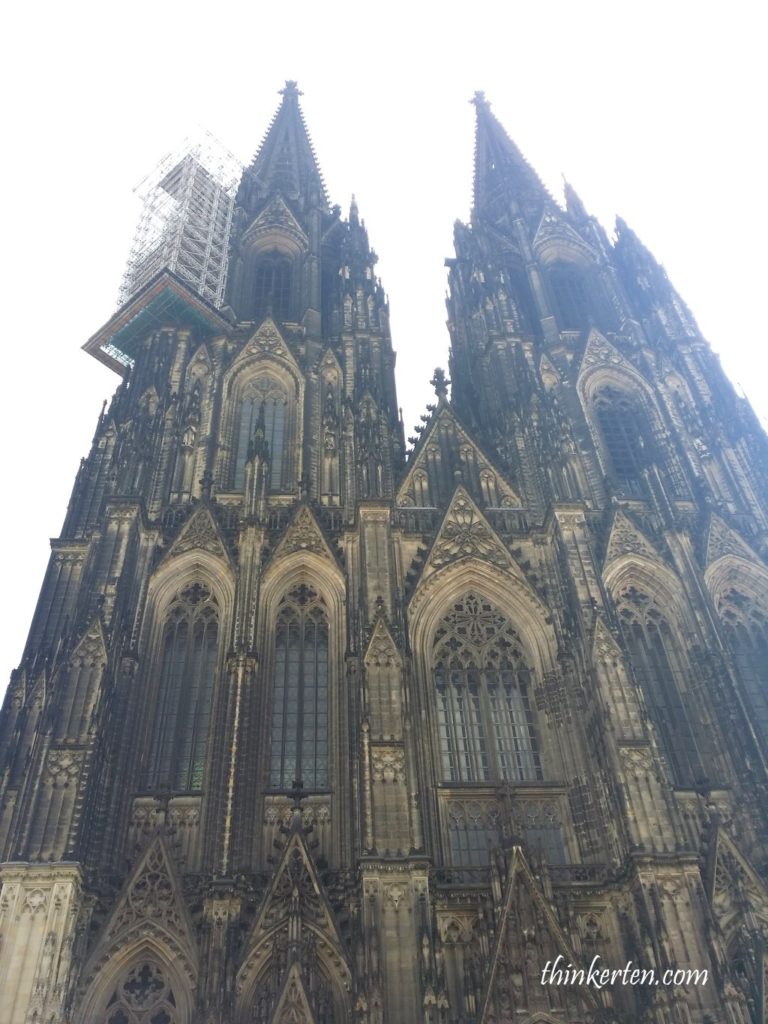 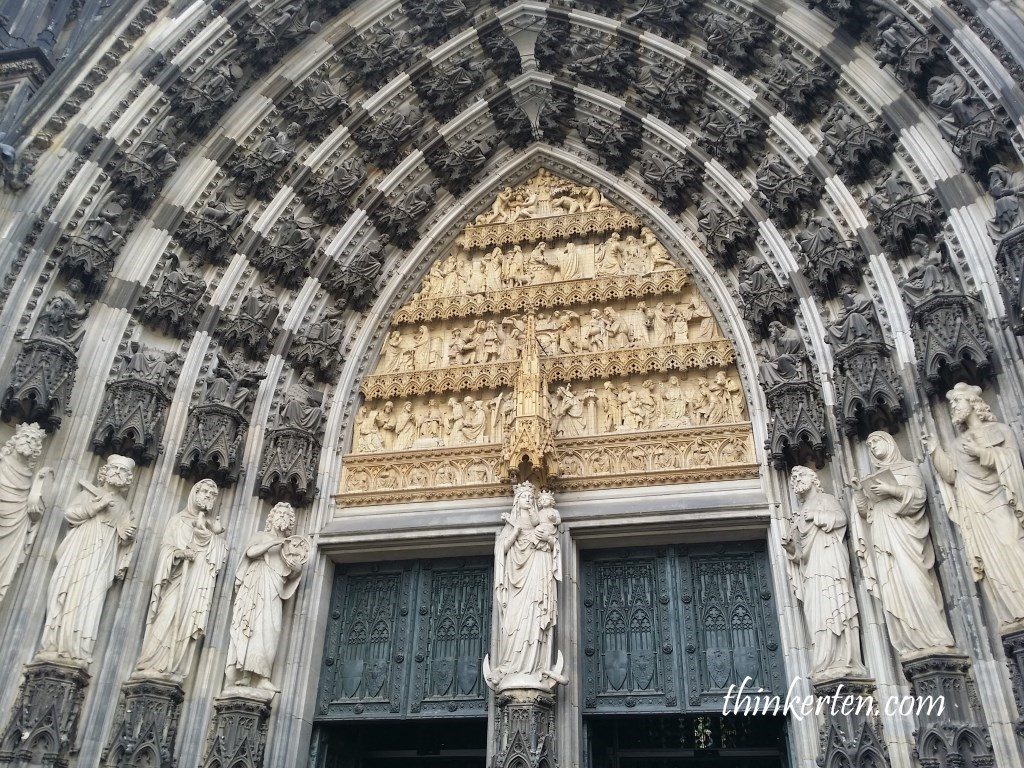 This incredible masterpiece was built in early 1248 and only completed around 1880, took over 700 years to complete! It is also Germany’s second largest religious building. 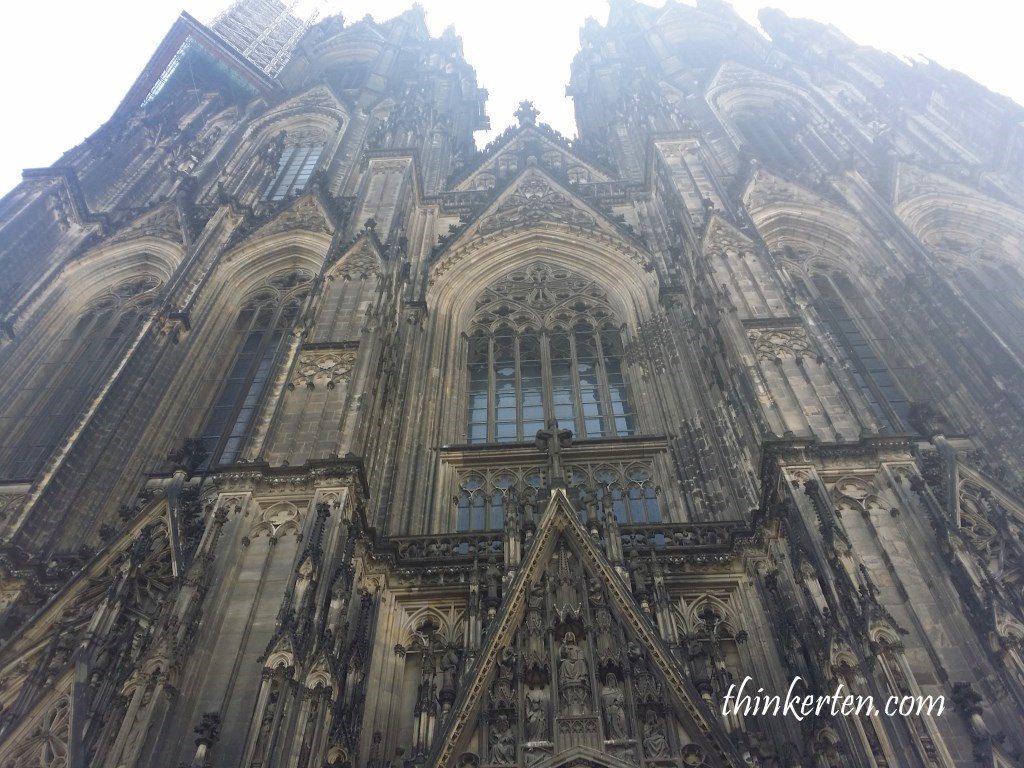 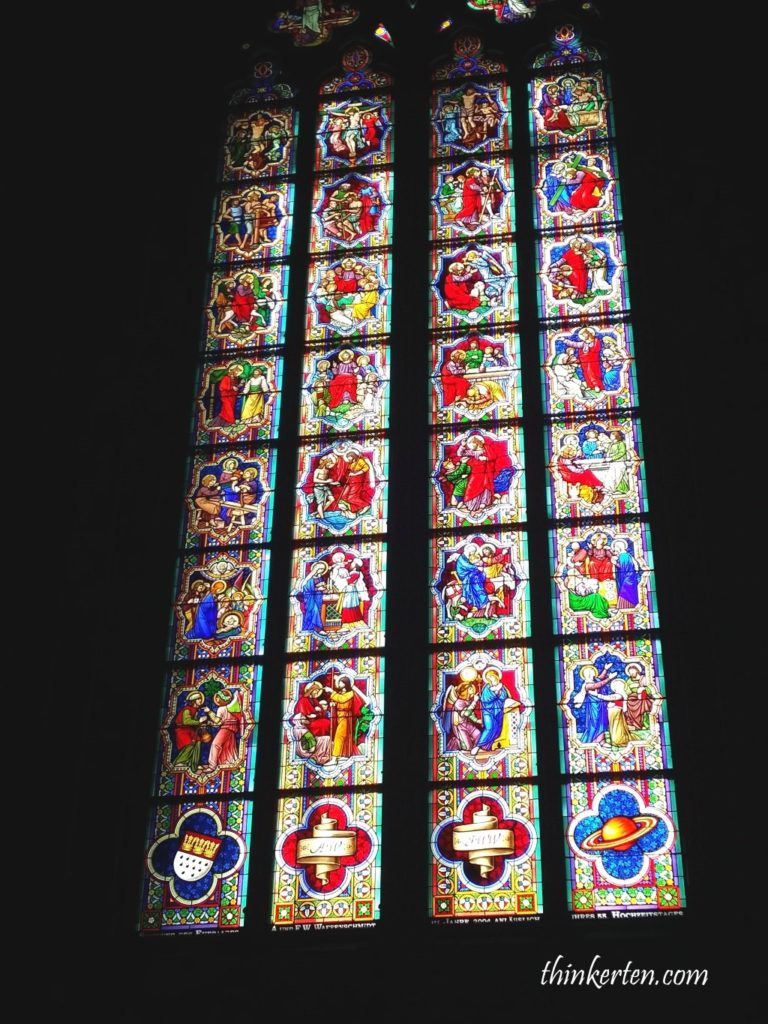 You could spend hours looking at the cathedral’s interior. Light coming through the colorful window with pictures, I believe there are stories behind it. 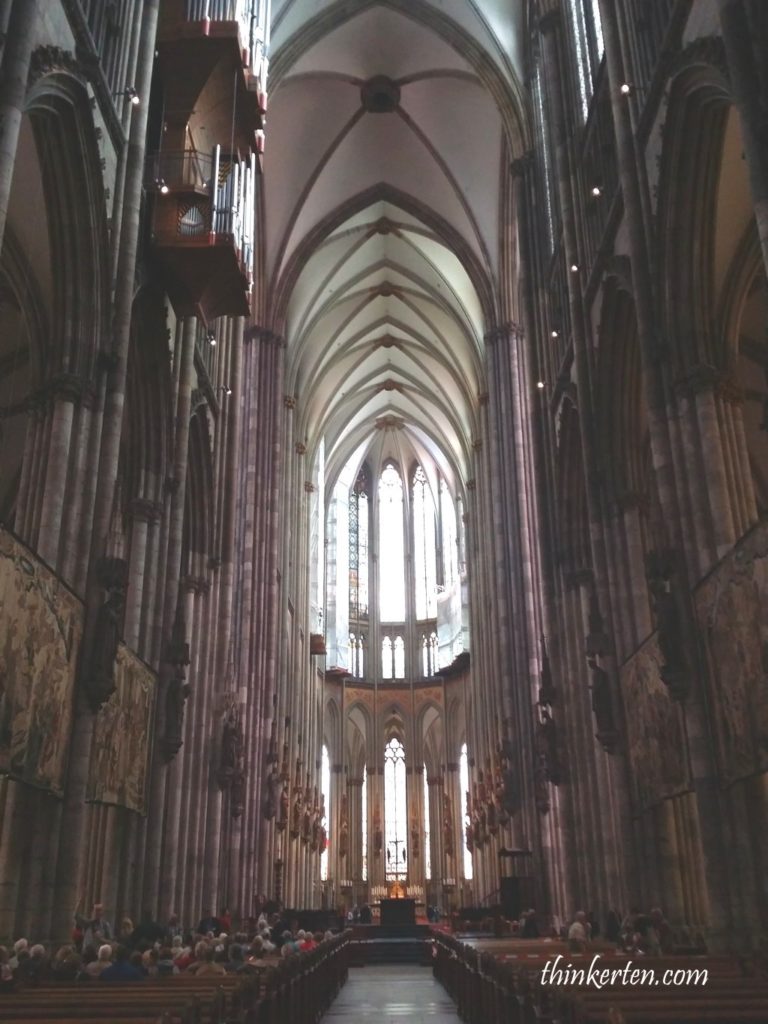 Why was the Cologne Cathedral was built?

The Cologne Cathedral was built in the Gothic style and was dedicated to the Virgin Mary and Saint Peter.  This High Gothic cathedral is also a UNESCO World Heritage site! 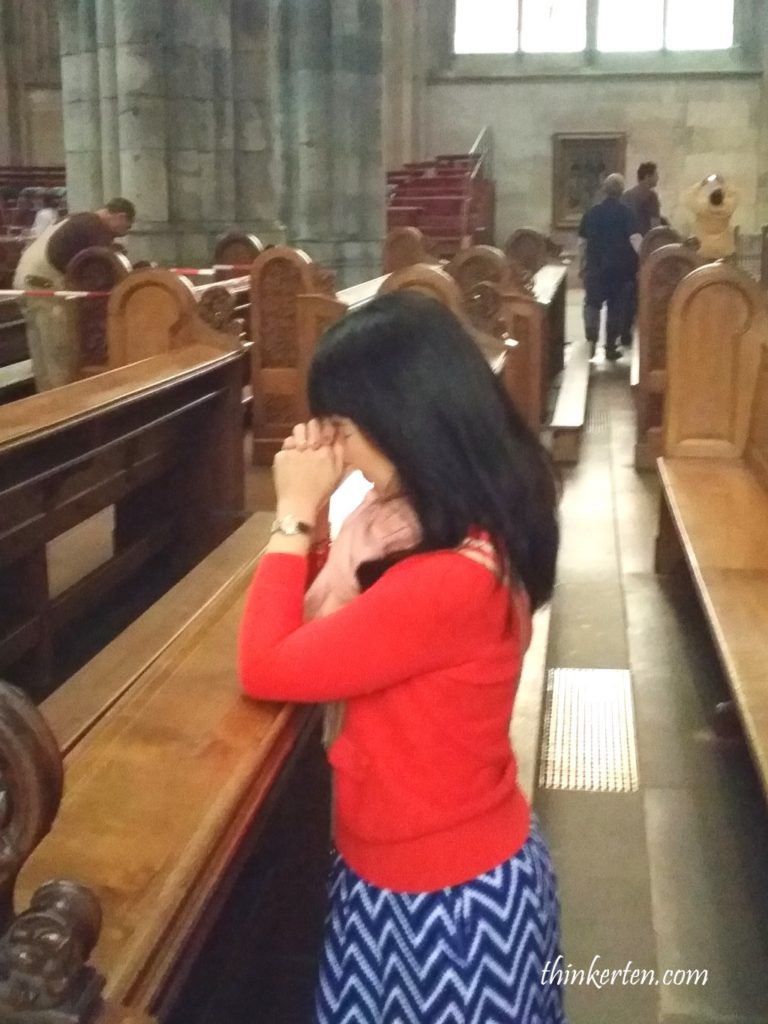 Despite the busy street outside, when coming inside the church, it is the best time to calm down my mind and have some peace.  Healing time ~

This is  a very busy spot and the whole place is crowded with tourists around the globe.  After all this is one of the landmark in Cologne. 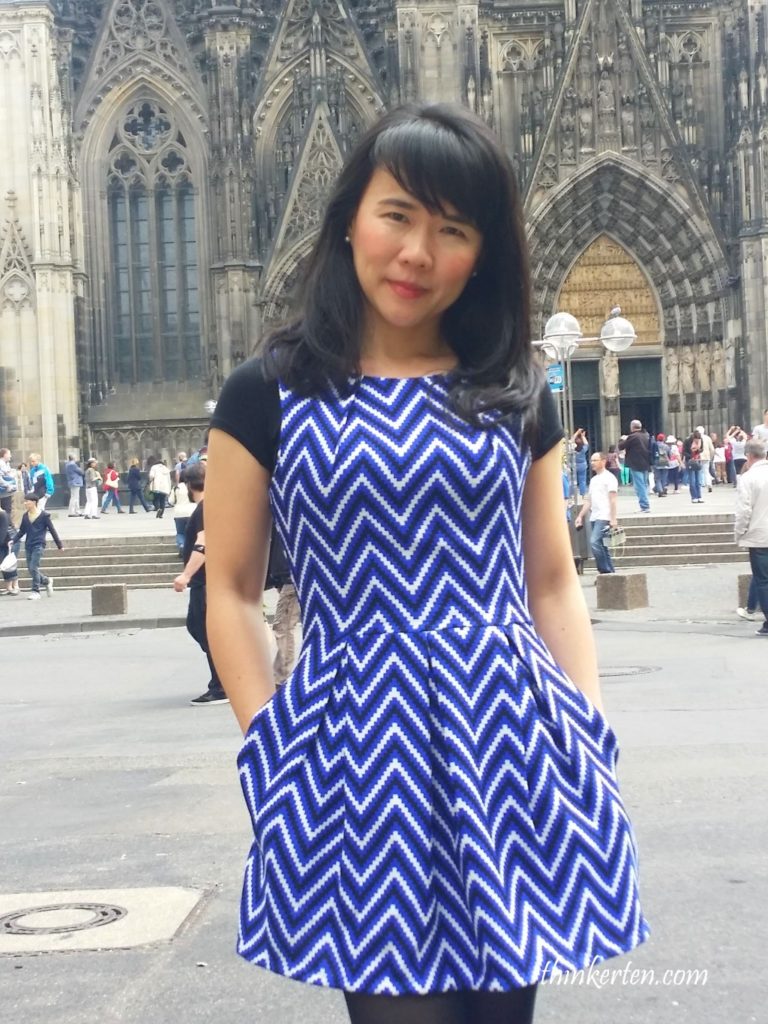 I can’t tell you in words the feeling you get when you look up at this giant creation, but it certainly blow your mind away.  Observe all single details and carved work at the building.  Both top of the spires were being chop off, simply too tall to take the whole building. 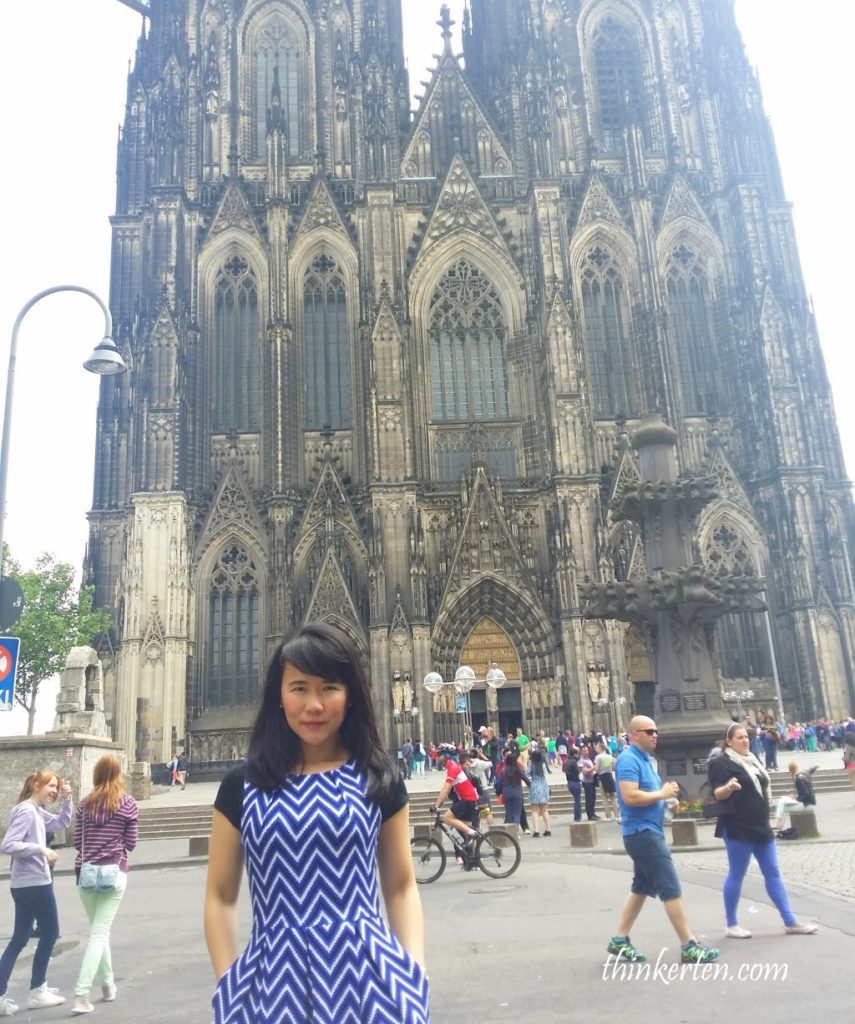 Sometimes I wonder how did the ancient people built this massive cathedral back then with no high cranes and construction machinery or tractors?  All by 100% handmade with the simplest tools.

The Cologne Cathedral survive world war II, it was hit by 14 bombs during World War II, but the building did not fall. 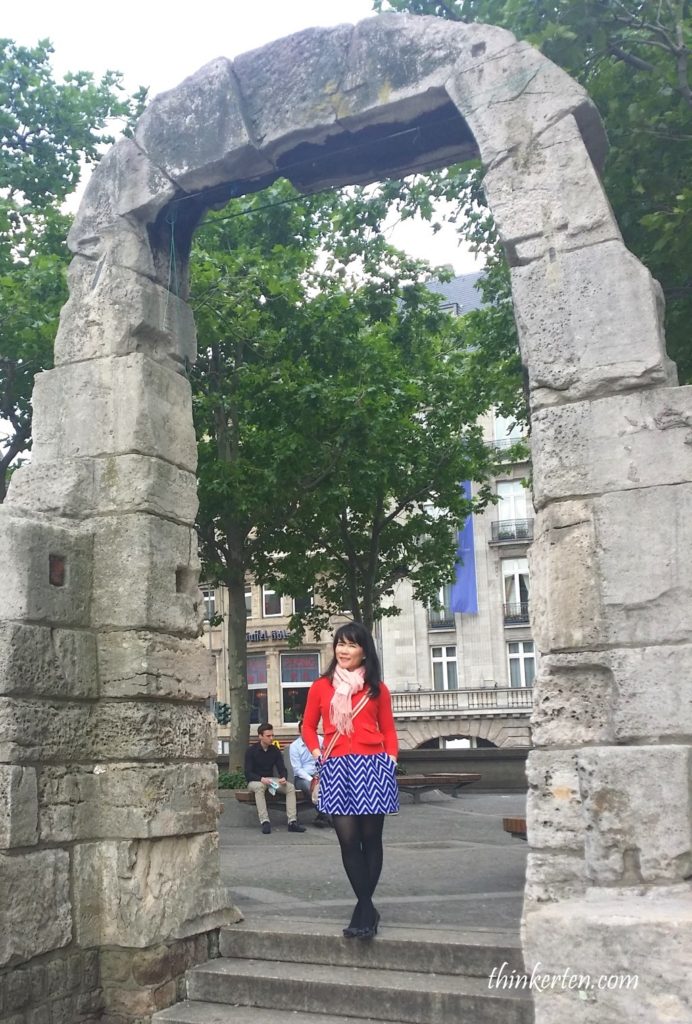 Have you heard of the most famous Eau de Cologne -4711 cologne? It was first produced in Cologne and 4711 is simply the store number when it was first made.  Now it is the popular tourist attraction.

And how was the smell, well, perfume are pretty personal thing. Definitely not for me.