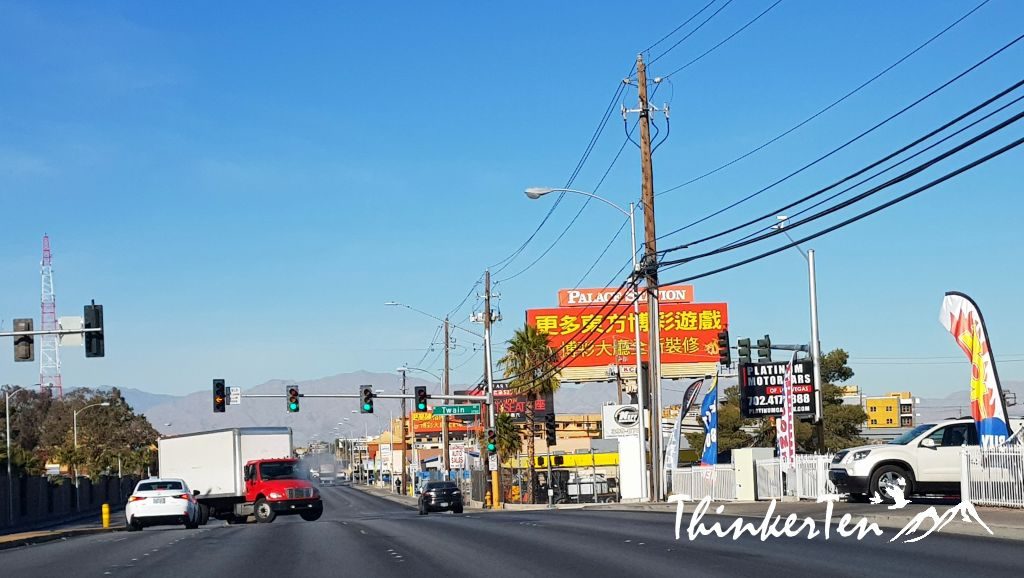 The distance is about 2 miles away from The Strip Las Vegas.  People usually go to The Strip during night time when the neon lights started working at that hours.  So no point rushing to The Strip so early. 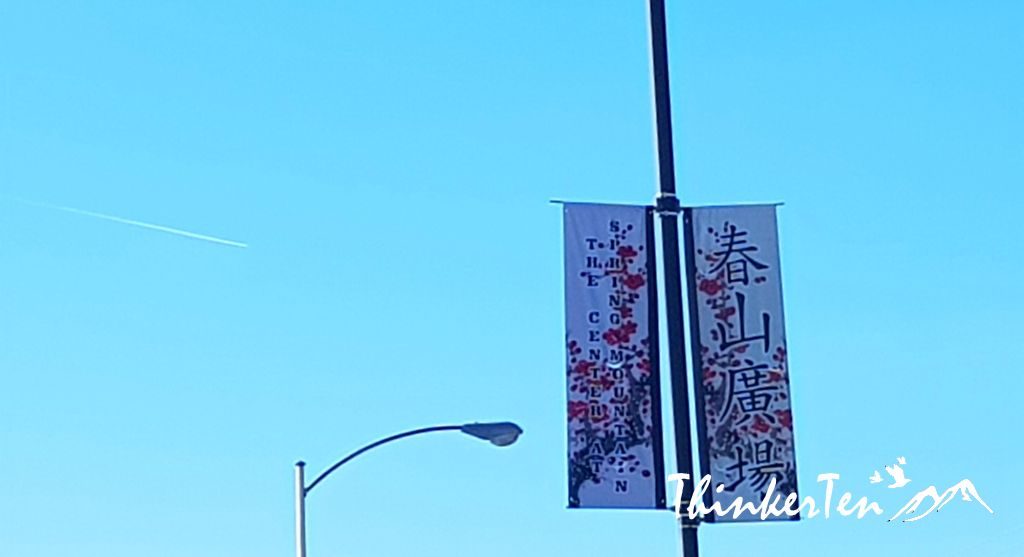 Las Vegas Chinatown is located at Spring Mountain Road so in Chinese is called as “春山”.  Well, the translation make sense! 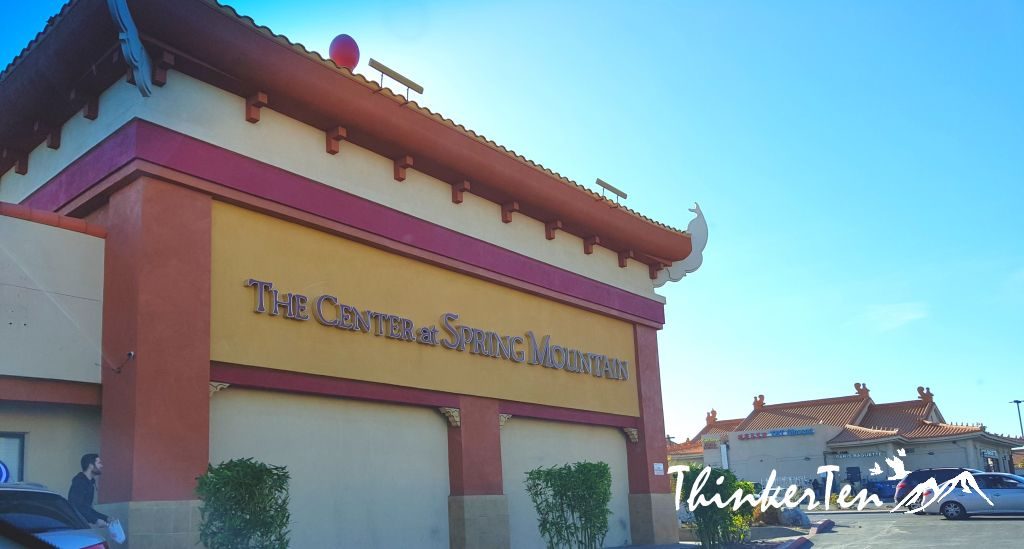 Parking is a headache here, it took us a while to find a spot to park.  I guess Chinatown everywhere in the world has such problem.  However parking is free. 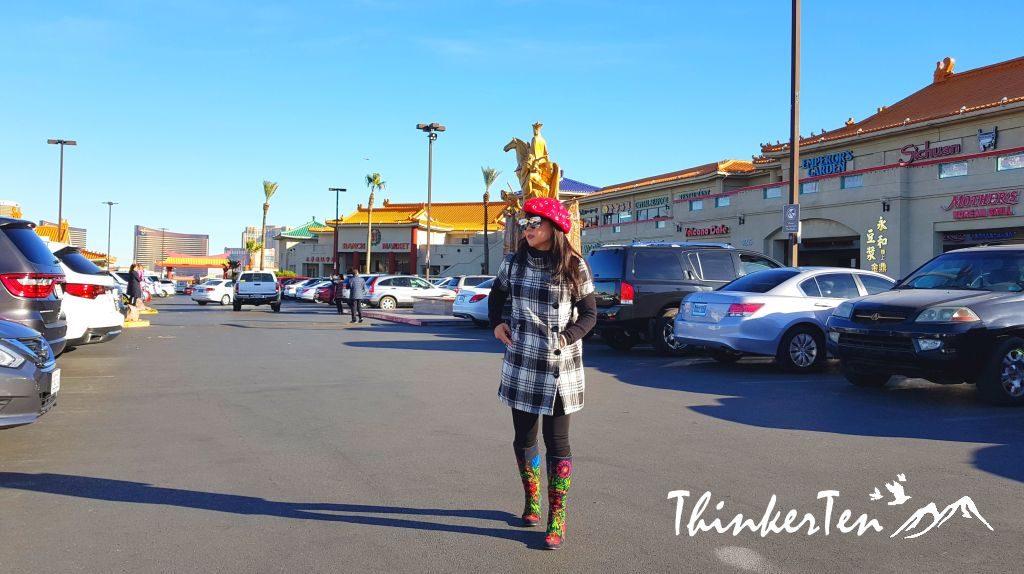 Chinatown Las Vegas does not look like any other Chinatown you see in  such as San Francisco or LA Chinatown or London or Sydney .  Chinatown in Las Vegas look more like a street mall in an enclose area.  This is a place to serve  all the Asian community, you find Chinese Law Office, travel agency, real estate agency etc. 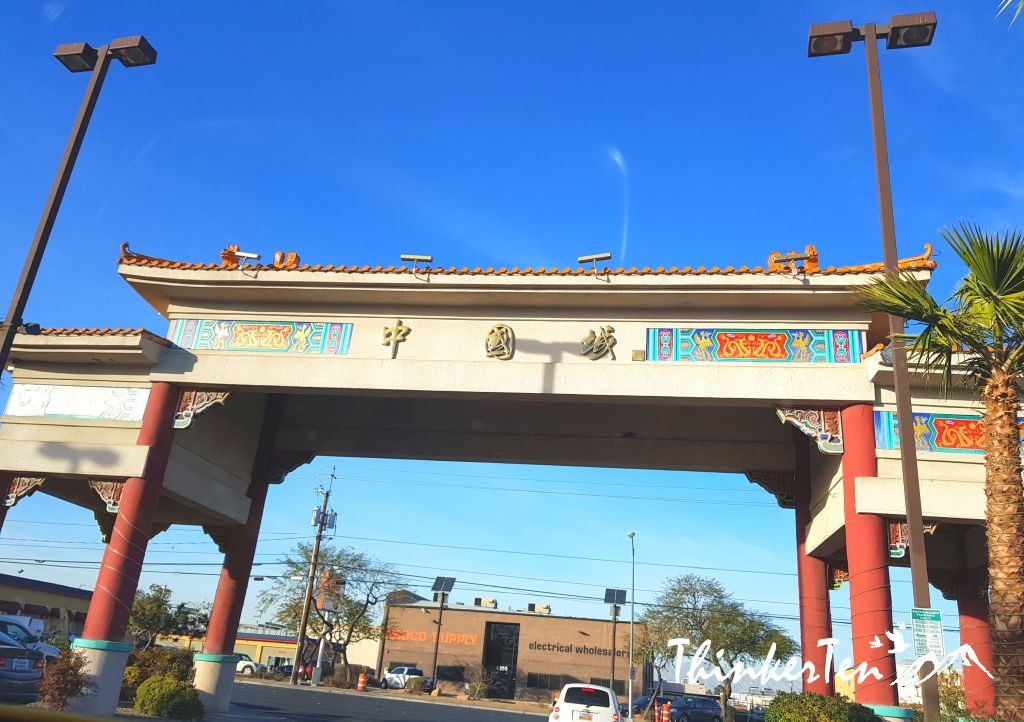 There is a statue of “Journey to the West” -4 main characters, including the Monkey King, pigsg, Monk Sha & Tang Sanzang/ Tang Seng riding on a horse, stand facing the Dynasty-inspired gate.

Chinatown does not only limited to Chinese stuff, they have all sort of Asian stuff and cuisine here.  We found restaurants from Chinese, Taiwanese, Filipino, Japanese, Korean & Vietnamese. 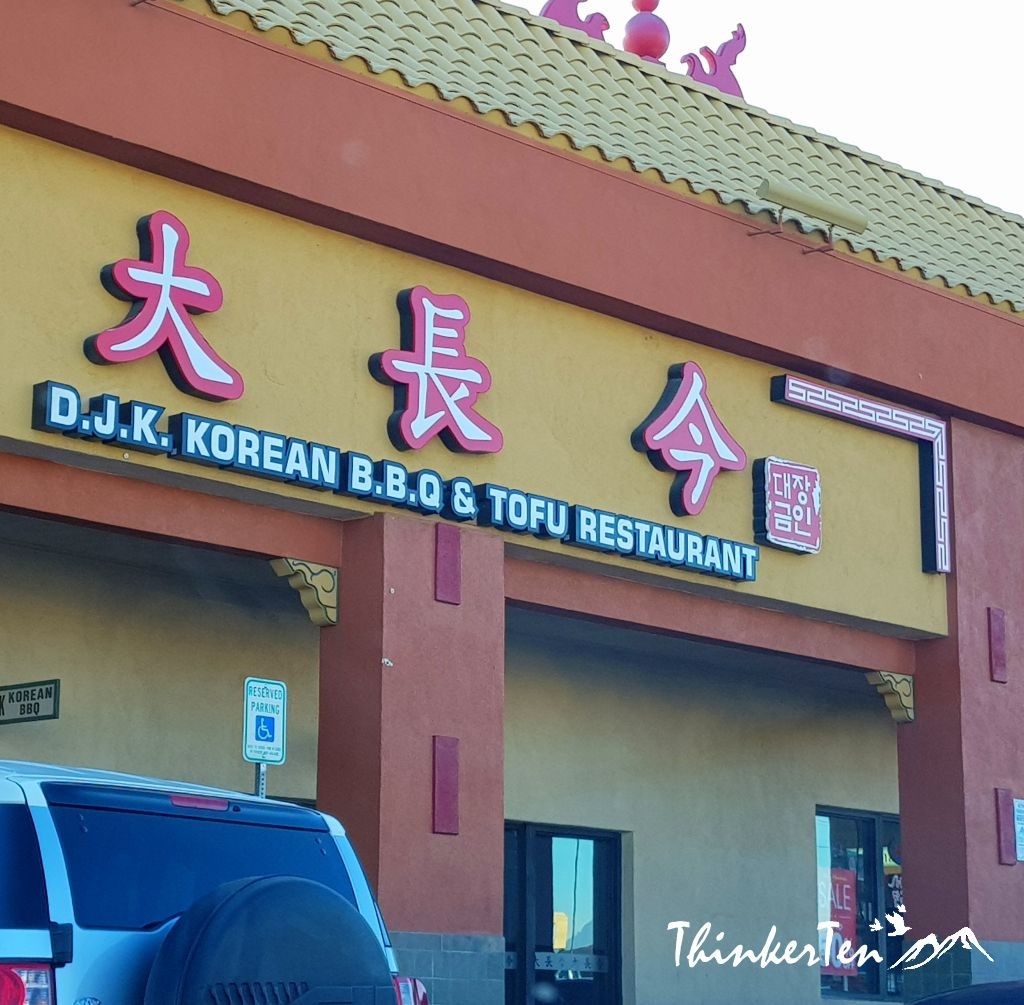 Beside dining, you can also do your Asian groceries shopping here.  There is a Asian supermarket called 99 Ranch Market selling all sort of Asian food products. 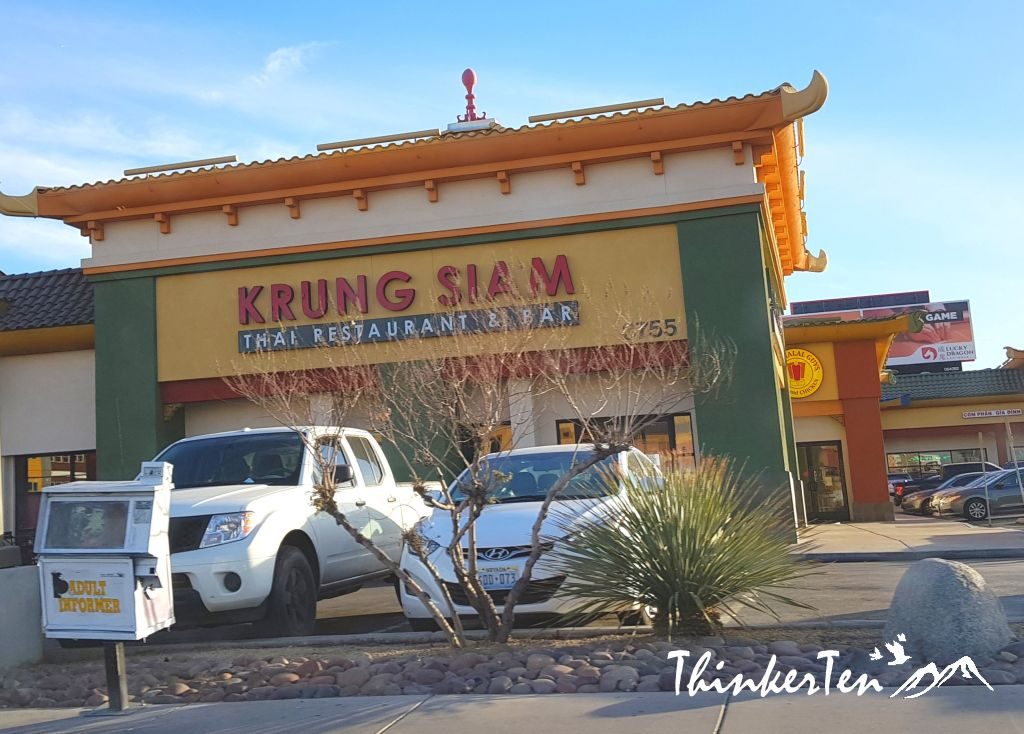 Finally we found Vietnamese restaurant at Las Vegas Chinatown!  We actually walked passed the restaurant because the big sign is hang way up. 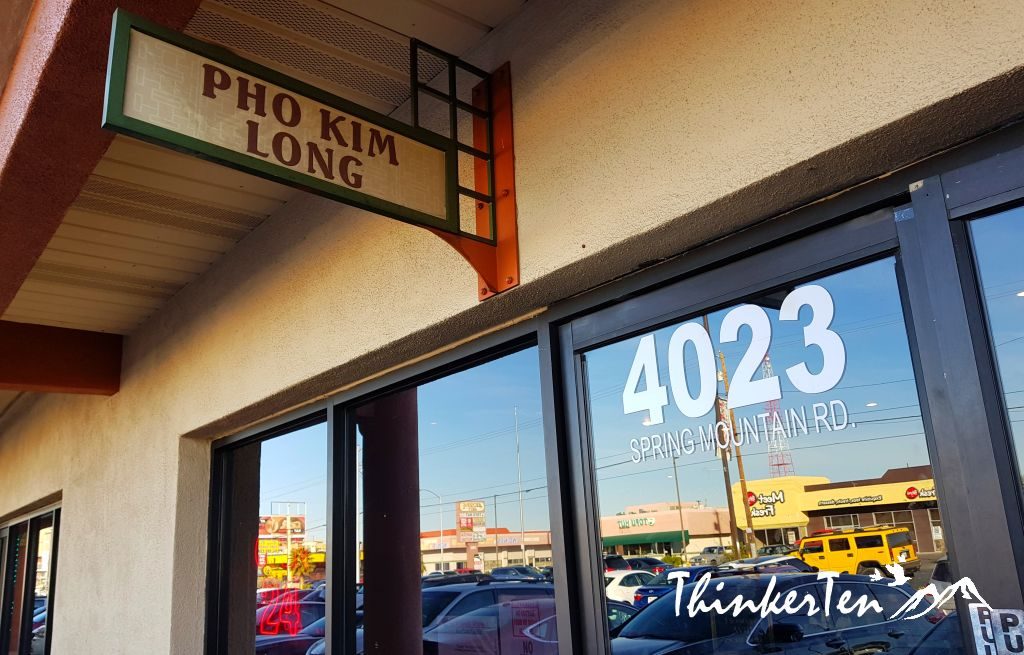 Upon entering, we were being served to a table.  Free ice water was immediately served less than 5 mins, service was fast and good.

The restaurant is spacious, comfortable and lighting is bright and cosy.  It was around 2 pm plus but still having plenty of customers. 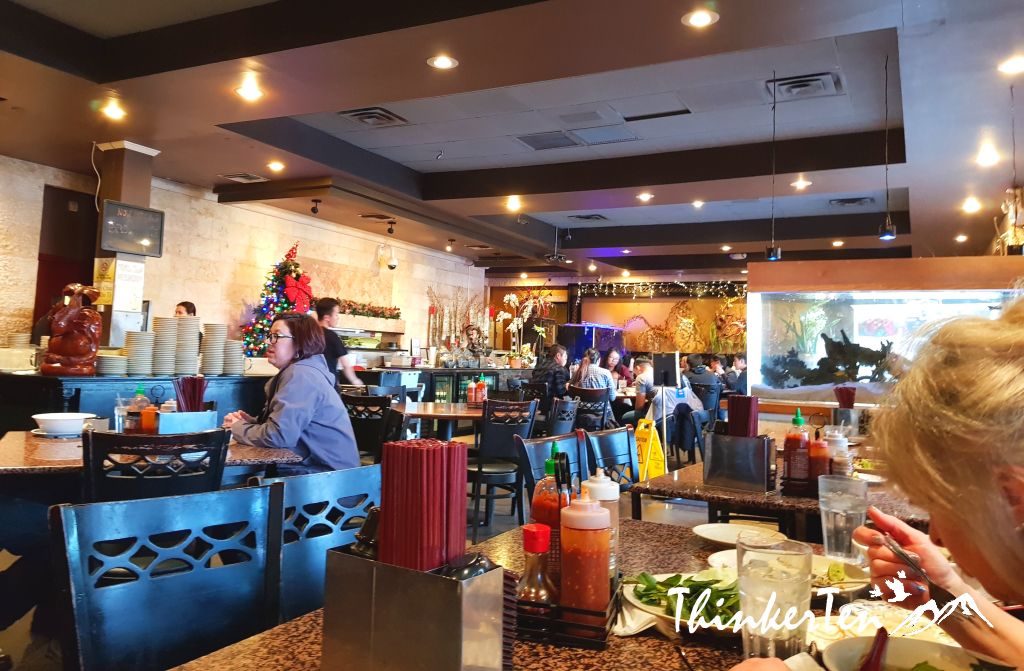 We ordered Vietnamese Pho combination beef noodle, served within 10 minutes.  It has plenty of slices of beef, several beef balls, beef stomach and a big plate of pho vegetables & herbs.  I love their generous basil leaves & raw bean sprouts.  Overall the portion is super big, lots of noodles – may be 3 times bigger than Singapore size noodle.  Cost less than USD $10.00

Jalapeño instead of green chili

Over here in North America, I notice they use Jalapeño instead of green chili.  In Australia, UK, Singapore or Vietnam they usually use green chili.  Jalapeño is species Capsicum but taste hot. Jalapeño also taste hotter than green chili.  I guess Jalapeño  is easier to get as compare to green chili.  As you know Jalapeño is one of the important food for Mexican and Mexican has  a strong impact in California so using Jalapeño in Pho noodle make sense!

America has better Pho than Vietnam!

In fact, Australia and America serve better pho compared to the origin country – Vietnam.  I have tried pho in Vietnam but quite disappointed with their ingredients, the slices of beef is too little and not good grade.  More disappointing was their pho vegetable, the bean sprout is not fresh and you better don’t eat them raw if you are in Vietnam.  I think American has better resources for beef and fresh vegetable as compared to Vietnam, that is the reason why America serve better pho.

Pho has become the next Sushi in North America!

Pho has become the next Pizza, Burrito or sushi in North America.  You can see it everywhere, just like 7 Eleven.  It has become so popular it serve almost every ethnic group in America.  Everyone just love pho because it is the ultimate comfort food. 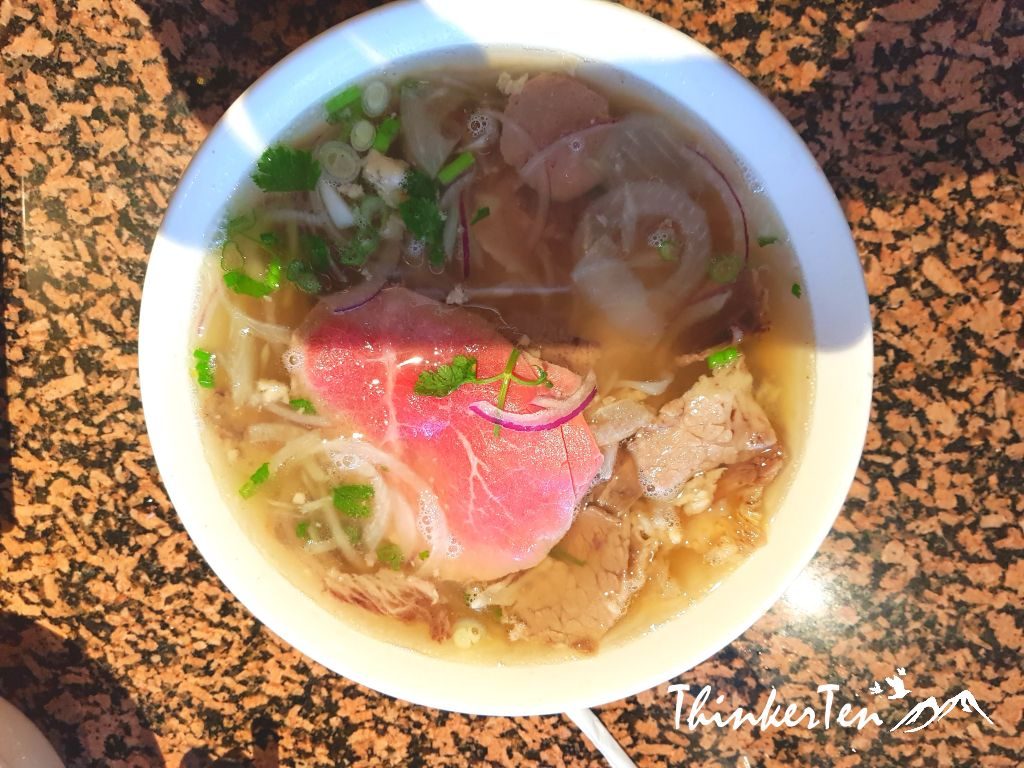 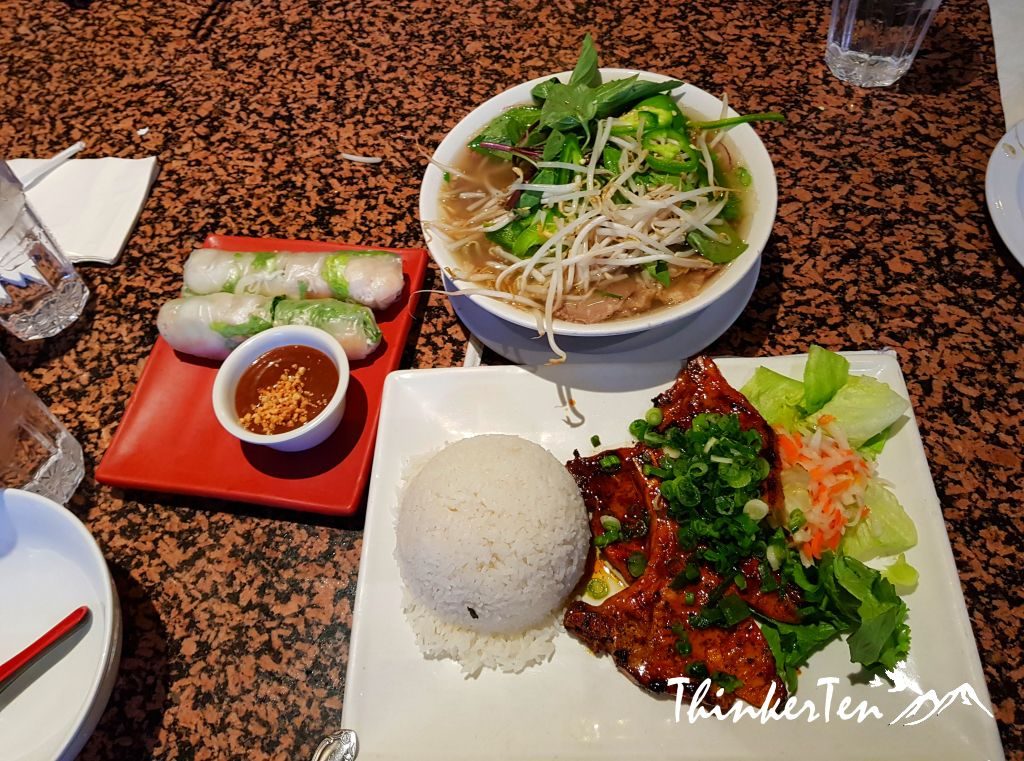 Chinatown Las Vegas is only 2 miles away from the Strip Las Vegas, if you arrived early, why not make a trip down here.  5 stars for Pho Kim Long Vietnamese Pho, must try their Pork Chop too!  Chinatown Las Vegas also has few bakery shops so we got some of the Chasiew/BBQ Buns & Polo Bun for breakfast tomorrow.

Top 10 Hotel Casino to see in The Strip Las Vegas

These look great! I love spring rolls, but I would love to try the other foods you had mentioned when I visit Las Vegas one day.

Yes, you should try other beside spring rolls and pho. Another worth trying is their pork chop which is marinated in their special Vietnamese style. You will like it for sure!

Sounds delicious! I had some of those spring rolls the other day and they were sooo good.

Hi Katie,
Their spring rolls are also my favorite and will order whenever I go for Vietnamese cuisine!

Thank for your comment, hope you pop down to try out their pho in Chinatown LV:)

Love the look of the place. The food looks yummy and I am still waiting to grab a late lunch – you have deffo made me hungry x

Love PHO! Going to bookmark this for my next trip to Vegas (always a great hangover cure)!

This looks like a lovely place, I will have to remember it when I next visit fabulous LV! 🙂

I love Vietnamese cuisine, this looks like a nice place and the food sounds delicious. I would check this one out when I am around.

Dear Preet,
Try out their Pork Chop too if you are around in the Chinatown LV.

I love Pho! This looks soo good. I will have to remember on my next trip to Vegas 🙂

Pho restos have never failed me. I bet I’ll like this place, I’ll even have more than just pork chops which is also my usual thing.

Wow! My husband is a huge fan of Vietnamese phu