Top 10 Hotel Casino to see in The Strip Las Vegas 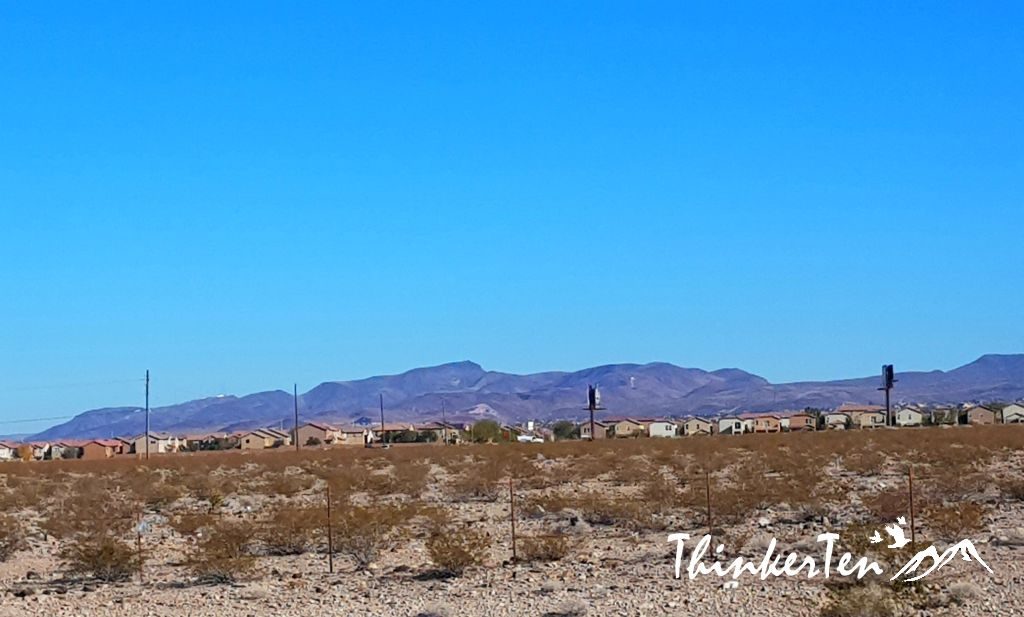 Can you believe Las Vegas Strip use to be a desert with no water resources (rainfall only 4 inch per year) and look at what it has transformed now?

Some history : The Strip Las Vegas was started by a Jewish gangster Bugsy Siegel. He is the handsome Jewish American mobster who first started real estate in Las Vegas The Strip with Flamingo Hotel.  That is practically how the Strip in Las Vegas came about.

The one thing visitor must do is walk along the Strip Las Vegas, especially at night to feel the Las Vegas Sin City vibe. This stretch of the road has all the major largest and luxury casino hotel which you can walk in and visit for free. Below are the top 10 list of hotel casino in the Strip.  Each hotel is built with a special theme and unique way of its own, find out what each hotel special signature and what to look for.

In Las Vegas, you will notice many streets name are named after famous Hollywood big star, such as Frank Sinatra and Dean Martin.  I guess it help to alert tourists driving into town when they had reached the right street for their hotel/casino destination. 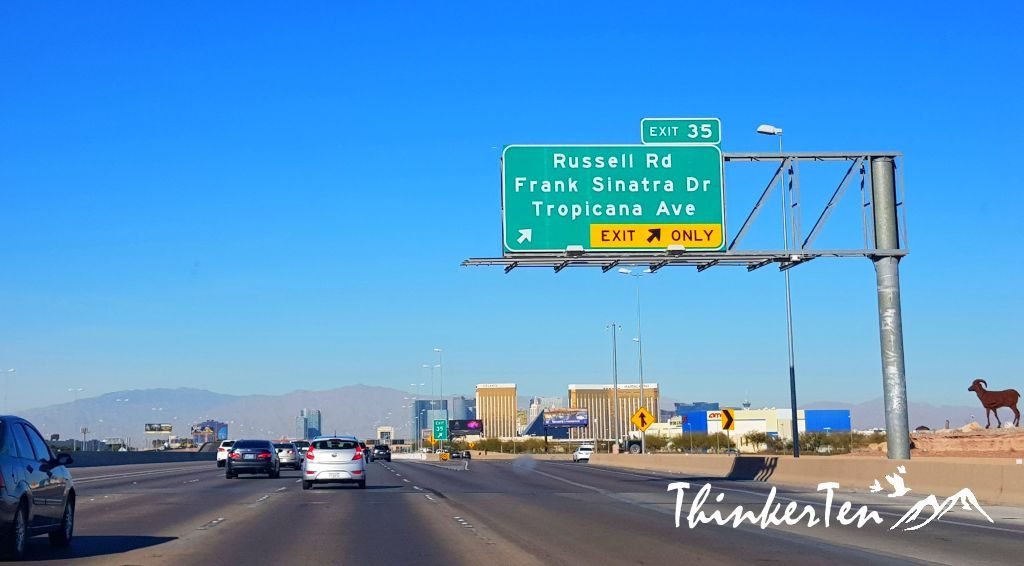 The mobster Bugsy Siegel started the Strip with Flamingo Hotel Casino. More than 70 years after it first opened, the Flamingo is the oldest in the Strip Las Vegas.

Note : The hotel also has its own stop on the Las Vegas Monorail.

The Pyramid Shape building is one of the iconic hotel situated southern end of the Strip. 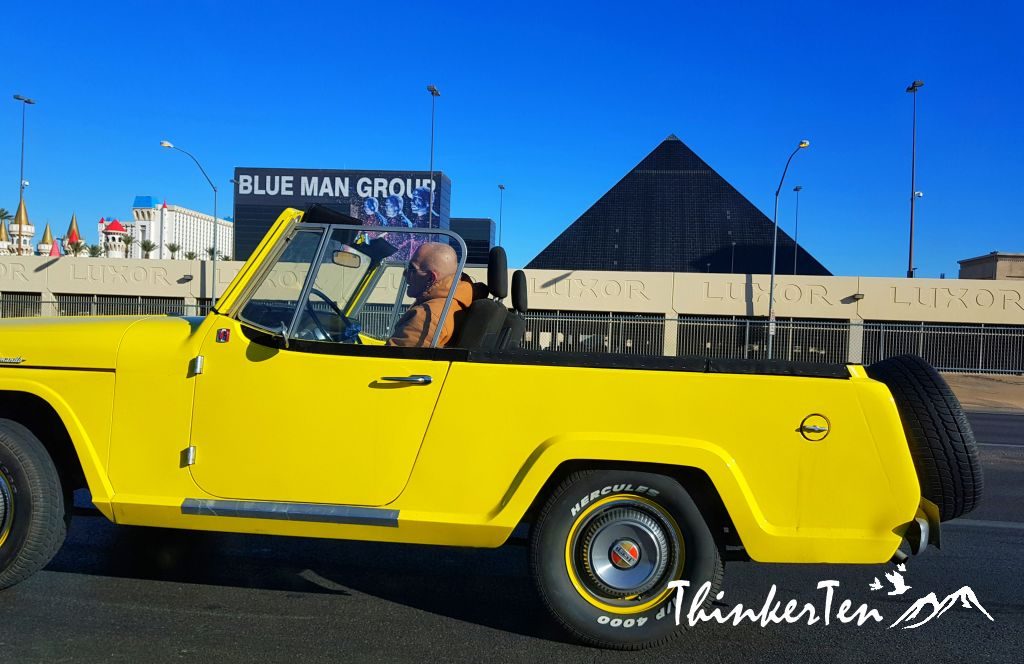 The Luxor Sky Beam is the strongest beam of light in the world. People said you can see the light from the space but I am not sure how true? This beam cost a lot of money to run, costs $51 an hour to operate when at full power. 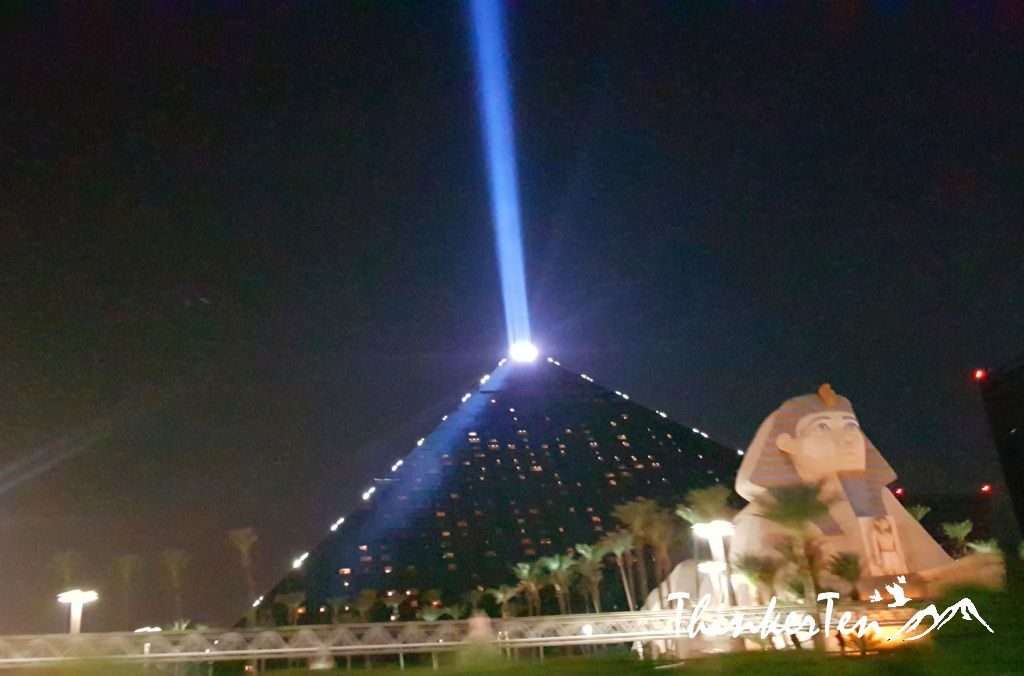 More than half of the hotels in Las Vegas Strip are owned by MGM Resort International.  I would consider MGM as the big brother in the Strip Vegas.

Delano and Mandalay Bay sit next to each other, the gold color in these two buildings stand out very well day and night. Owned by MGM Resort.  I don’t think you will overlook the stunning gold outfit of these building.

Note : Mandalay Bay is famous for it convention center and Shark Reef. 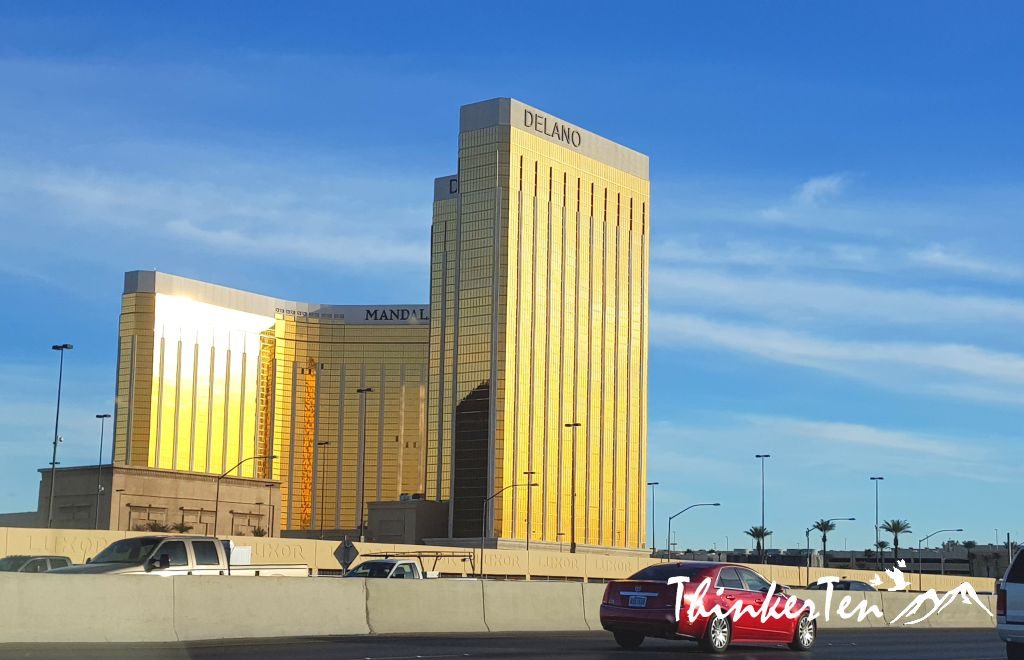 The theme used was New York City.  At the front, there is a replica of Statue of Liberty.

Note : Try the BIG Apple roller coaster which is 62 m high and maximum drop of 44m! 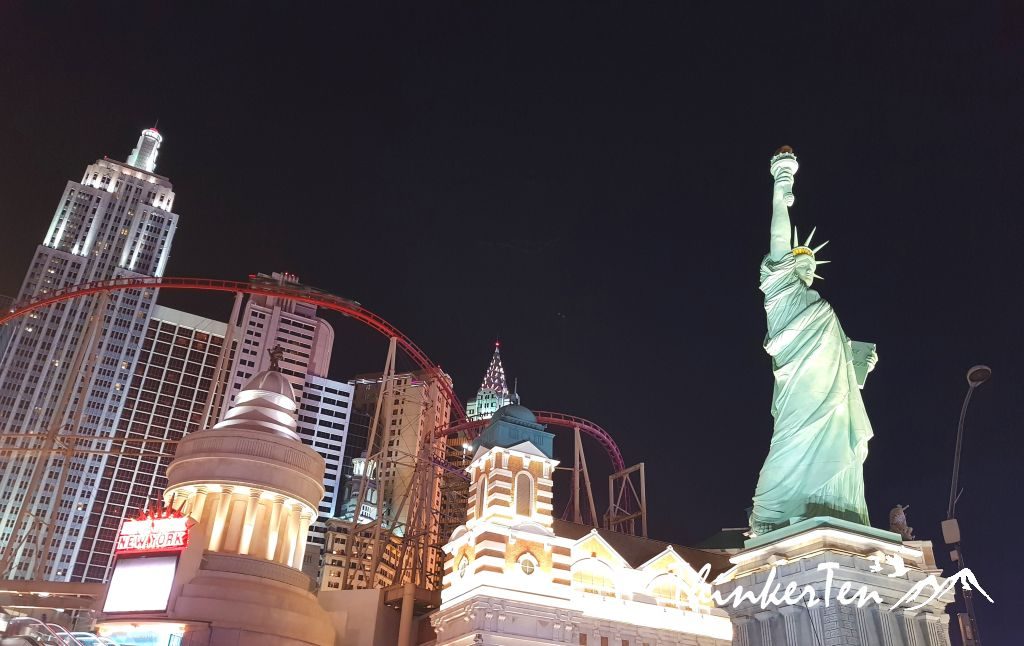 Caesars Palace Hotel is situated between Bellagio and The Mirage. The hotel is has a Roman style architecture & luxury hotel.

Note : Check out their  Garden of the Gods Pool Oasis 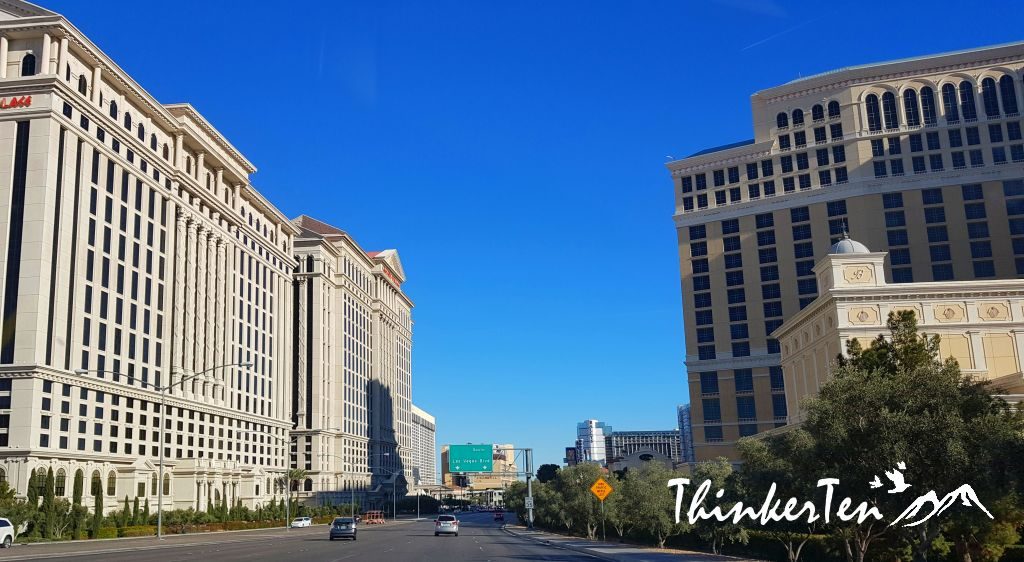 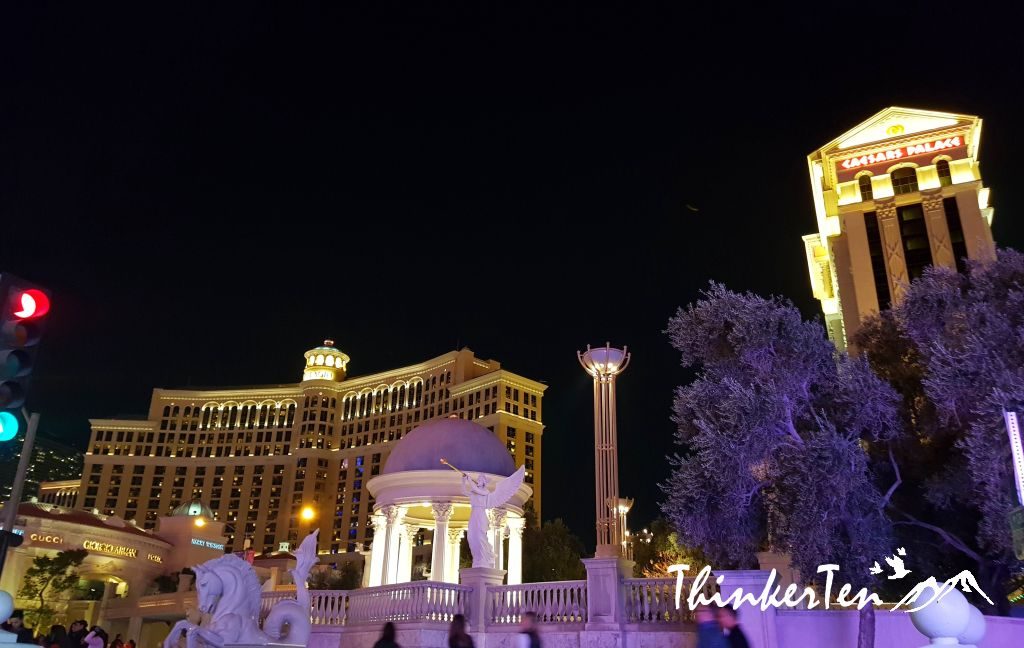 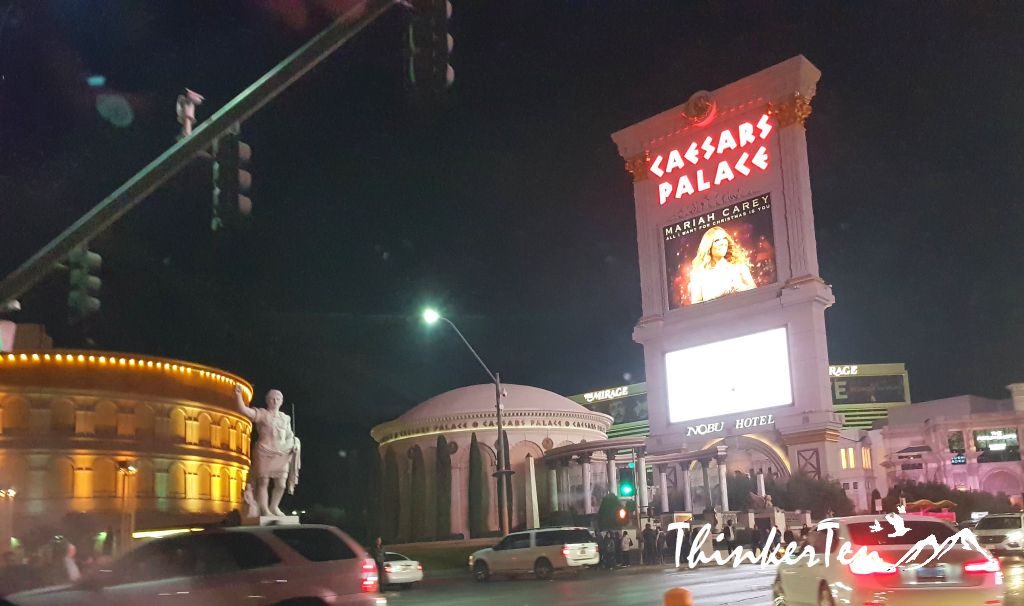 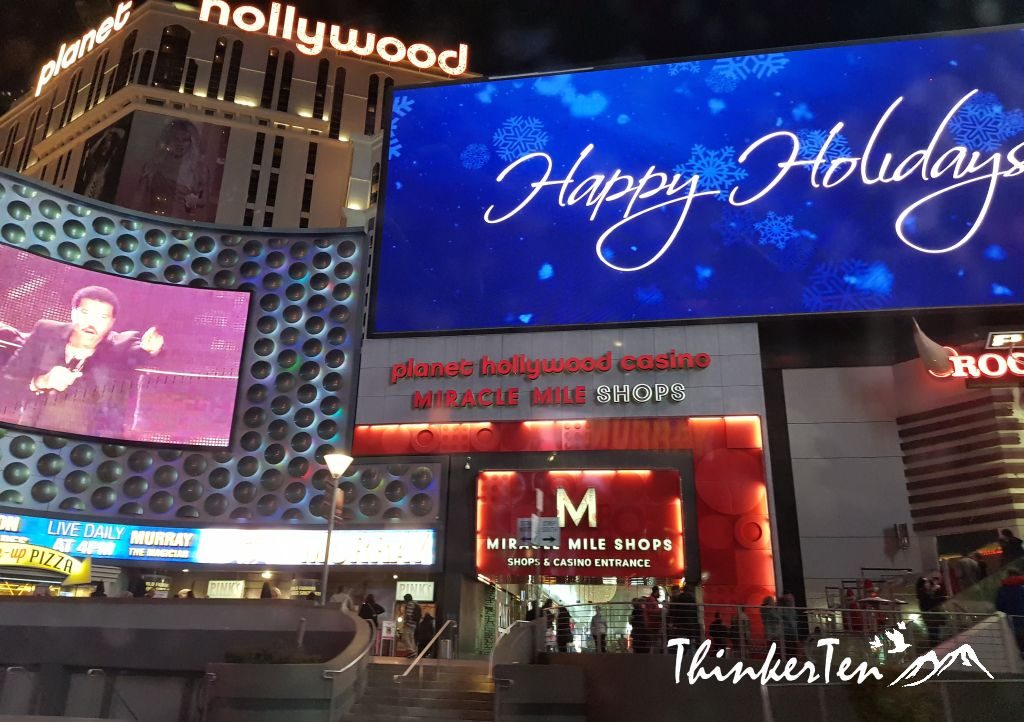 Paris Las Vegas is also owned by Caesars, it has the theme of city of Paris, France.

Note : Check out the replica of Eiffel Tower and Arc de Triomphe 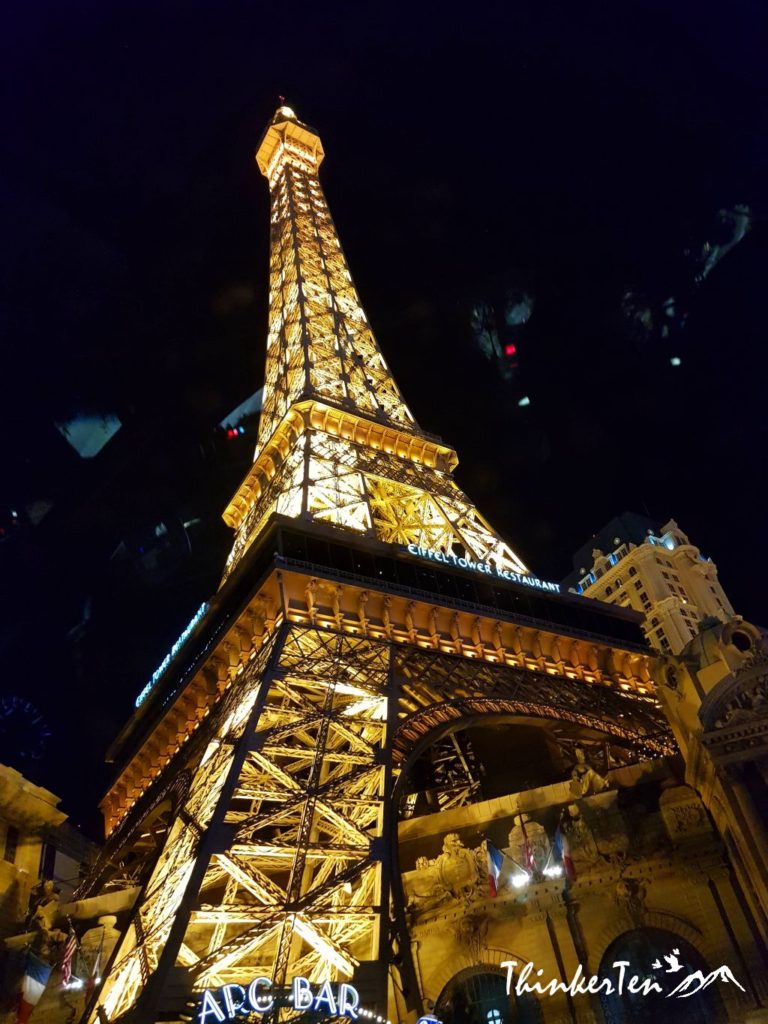 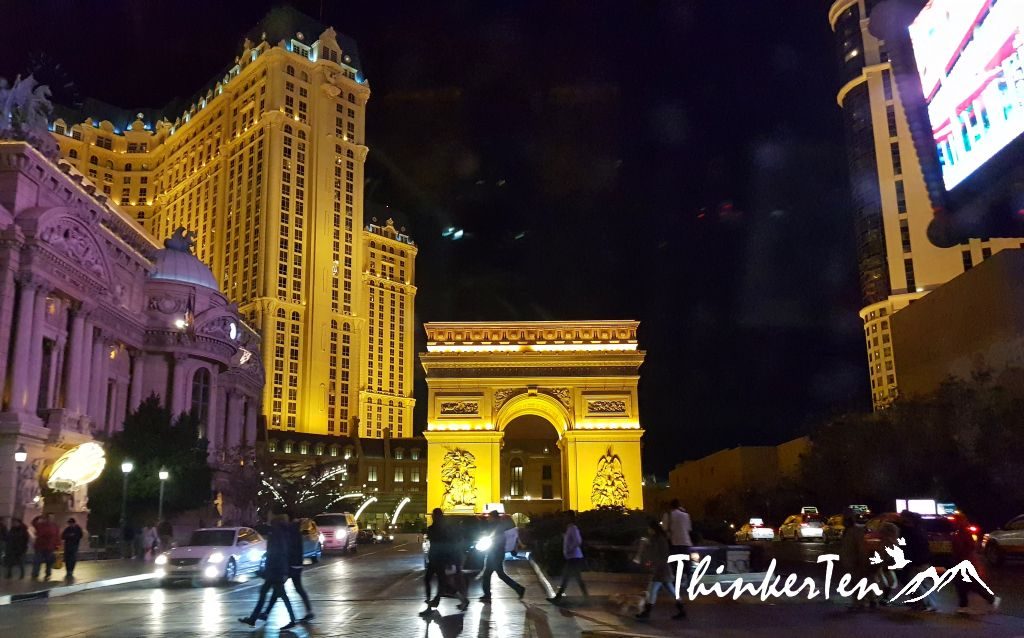 This is a luxury hotel, also belong to MGM Resort.  You can take advantage of their free fountain show in front of the hotel at 3.2 ha man made lake.

Note : Free fountain show outside Ballgio. It run every half an hour between 3 pm and 8 pm, and every 15 minutes from then till midnight. 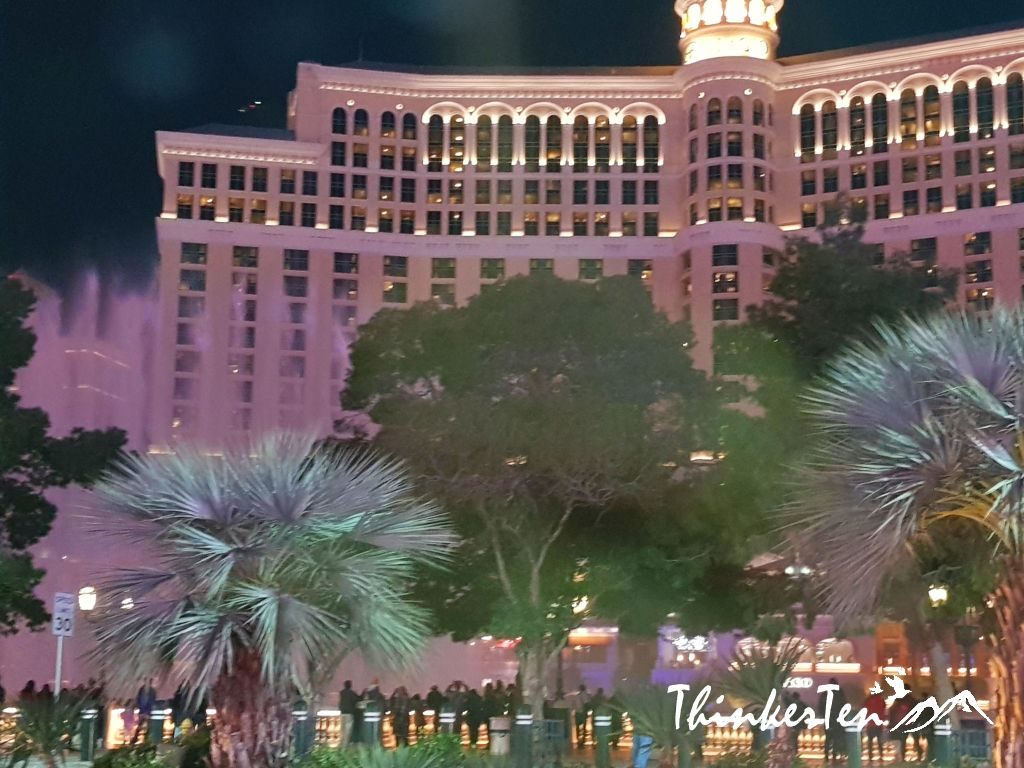 Note : Grand Bazaar Shops at Bally Las Vegas.  You will shop in a vibrantly colored rooftop design with mix of famous brands.

**Last but not least : Excalibur Hotel and Casino – Children Favorite

Note :  Must check out their facade! 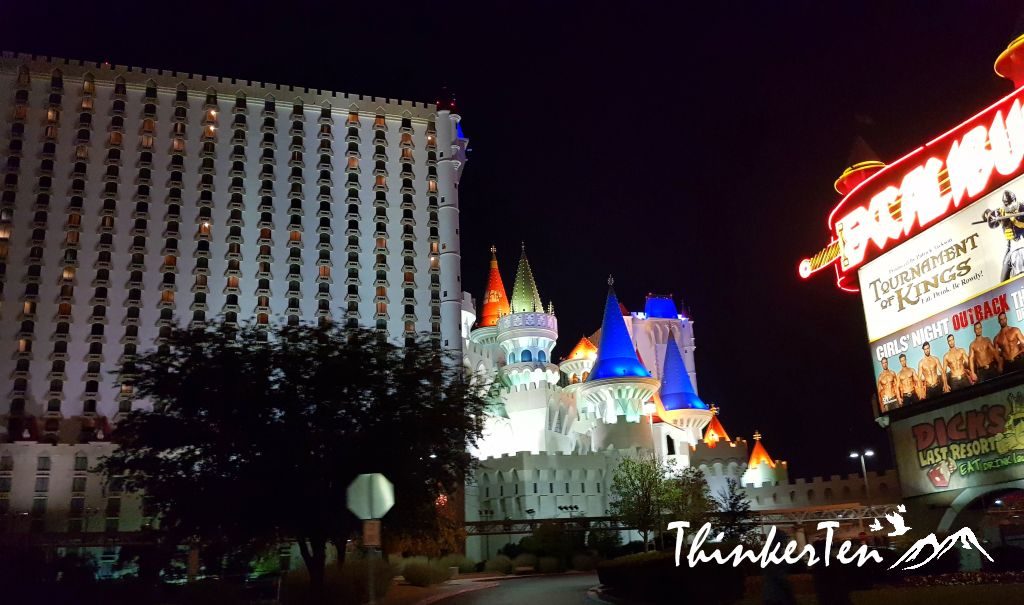 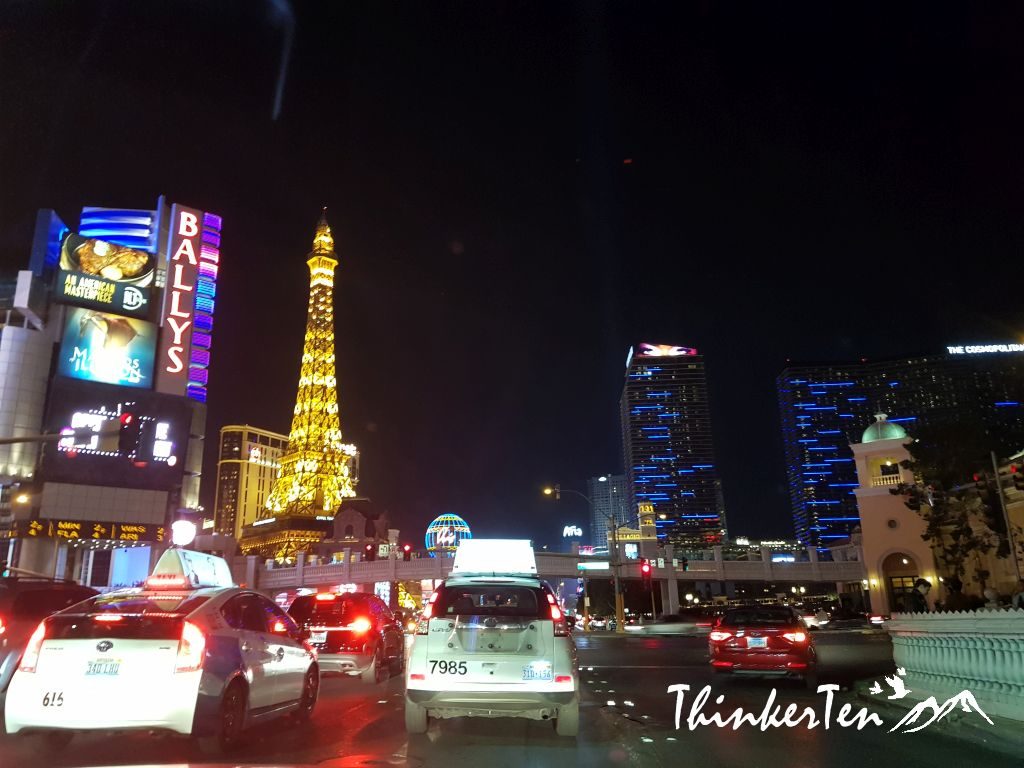 The day and night in the Strip Las Vegas is pretty different.  In the day, the Strip look pretty normal, the traffic is smooth but at night the city became very vibrant.  Tourists all rushed to check out the neon flashing lights which make the whole city so stunning.

US Road Trip from Palm Springs to Las Vegas

I must say that I am surprised a few other hotels on the strip are not on this list (mostly the Marquee). The Flamingo though was always a hotel I wanted to check out and see to experience a bit of OLD Vegas!

Yes, for tourists who are in the rush, this is the best way to see Marquee 🙂 Flamingo is the start of Vegas!

Vegas is always a great time. I stayed at the Luxor the last time I was there.

Wow, you stay in Luxor?? How cool was that! I only able to visit from the outside but then love the Skybeam Luxom which is the strongest light on earth.

I am so glad i found this post. I am planning a trip for Las Vegas this June so this is very helpful.

I hope you have a great time in Jun in Las Vegas. Weather should be very hot in summer but day should be longer which is a good time. Take care, plenty of water and sun protection and enjoy!

Las Vegas is always an exciting place. I still feel pretty good seeing different pictures of it. Also, that’s a nice trivia about the strip, didn’t know that!

Hope you visit one day and enjoy the nice trivia. Thank you for your kind comment.

It is so fun to take a walk with you down the strip. I grew up in LA and LV was like a second home. Thanks for bringing back the memories and for the inspiration.

Dear Evelyn,
Wow you such a lucky girl who grew up in LV, how cool is that. I guess this place is so familiar for you!

this is the best way to see Marquee!! I really want to go there and have fun!

Yes, is free to go in and have a look too. Why not!

I’d definitely pick the Bellagio – the fountain show would fascinate me but they all look so inviting and each unique in their own ways!

Las Vegas surely is a city to impress, and its hotels are raising up to the expectations! I have never been to the States but my boyfriend has, and he did stay in one of those hotels on the Strip for a couple of nights, to feel the Vegas atmosphere.

Dear Joanna,
Thank you for your comment. I am sure your boy friend had a great time in Las Vegas! And he is right, to feel Vegas, one need to walk on the Strip and feel the atmosphere 🙂

I always intend to see a lot more than I do, but they make it so easy to have all the fun you can handle over a couple days in the same place. Hopefully the next trip will help me knock off a couple of these recommendations. Thanks!

Dear Sophia,
Thank you for your comment. Hope the list is helpful and you can hand pick some of those that interest you.

These are amazing lists of hotels…I will consider these when I visit Europe. !!
Thanks for sharing.

Hope you have a great time when you are at Las Vegas!

Oh, these places seem so cool! Even though American is not my greatest dreams, I hope one day I get to visit Las Vegas.

I hope you will see Las Vegas one of these day! Thank you for your comment.