Grand Lisbao Casino Hotel is another icon in Macau, it is owned by the richest man in Macau, Stanley Ho who owned in total 19 casinos in Macau. Ho has been nicknamed King of Gambling and owned 4 wives and 17 children. You cannot miss the Grand Lisboa Hotel when you are in Macau because the architecture is simply stunning. The building is the tallest in Macau until the Macau Tower was built (Macau Tower was also built by Stanley Ho), illustrating the opening petals of the lotus flower also the National flower of Macau. 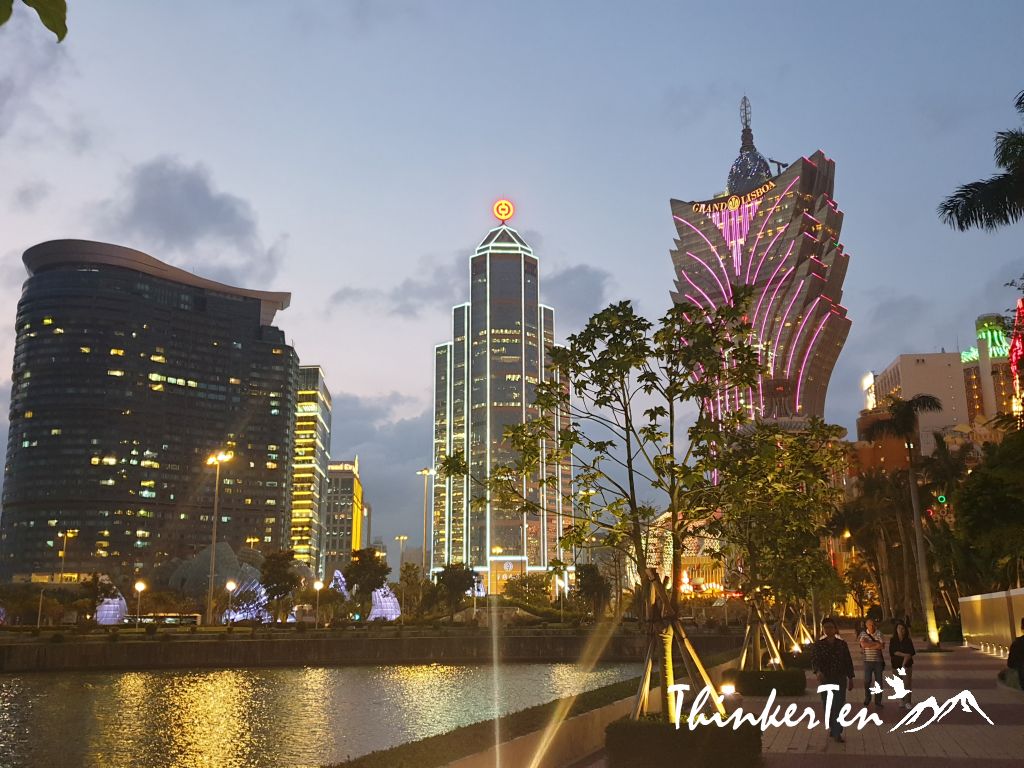 The Name of Grand Lisboa

Many would know that Macau is a former Portuguese colony, so it has strong influence from the Portuguese culture. Even the name of the hotel, Grand Lisboa was taken from the capital of Portugal- Lisbon. Lisboa is the Portuguese language for Lisbon. 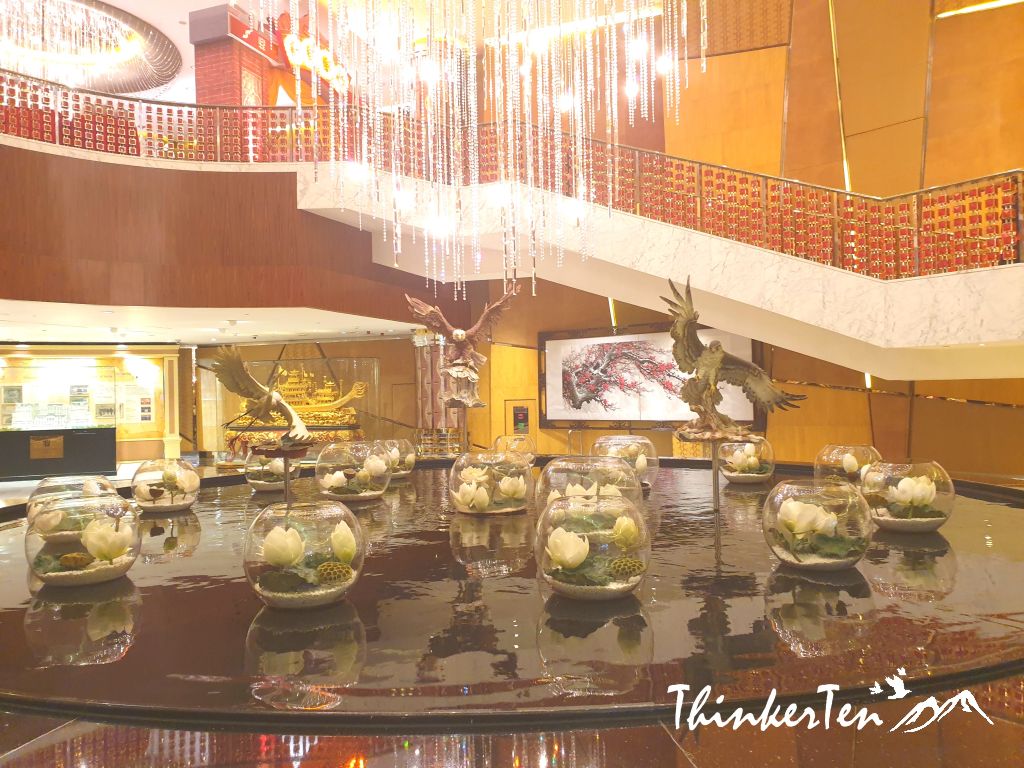 The interior of the Grand Lisboa Casino is equally luxurious. Please walk in and have a look at their front lobby, full of antiques and treasures. 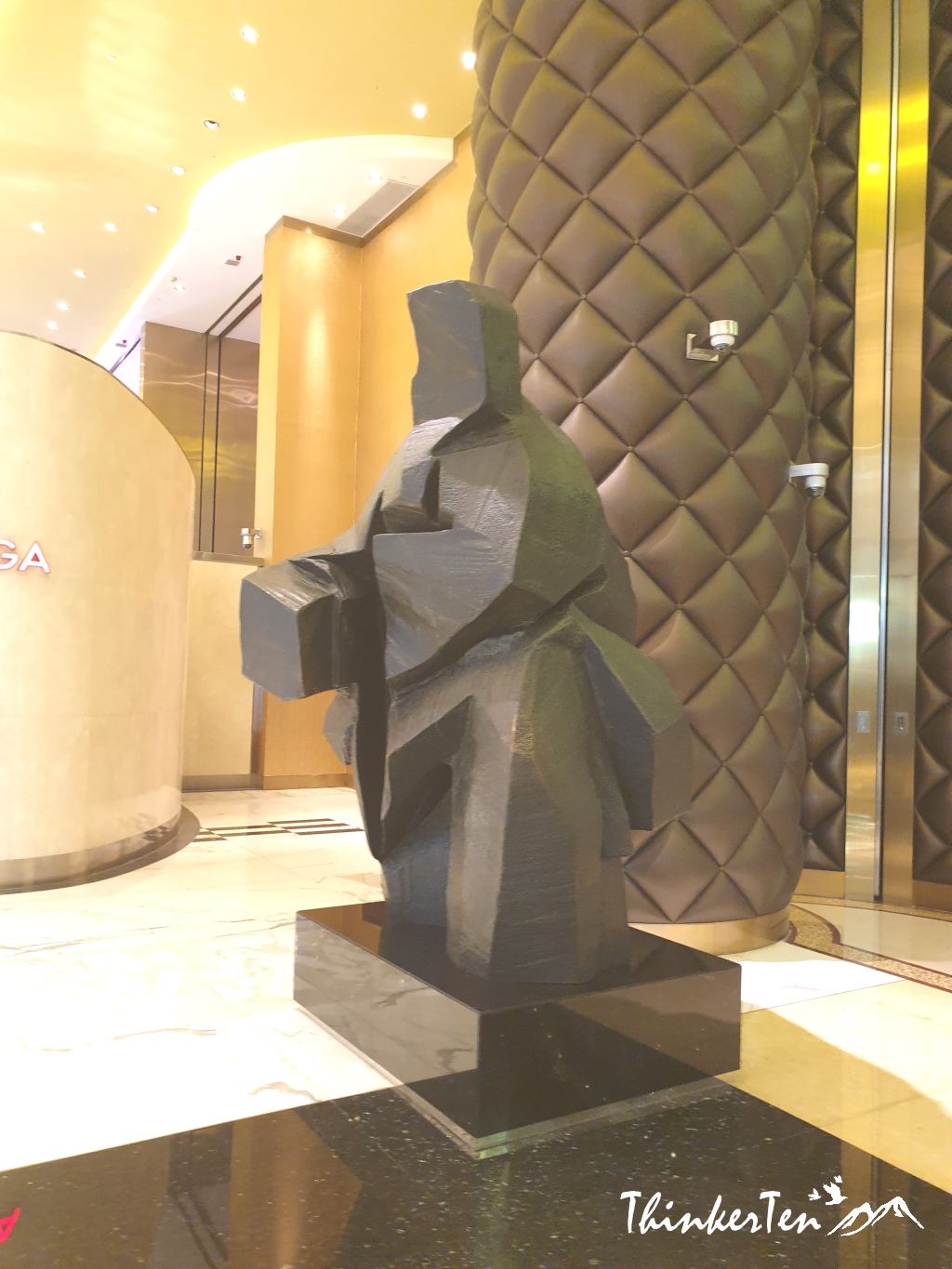 The bronze horse statue is an important antique from the Qing Sculpture, purchased by Stanley Ho with HK69.1 million (USD 8.7 million) but he will return it to China to show his patriotism and nationalism. You are still able to see the horse head statue until the Chinese museum collects it.

If you watched Jackie Chan’s movie about treasure hunting, CZ12, you will be familiar with the head statue of the 12 zodiacs.  The horse is here in Grand Lisboa.

Next to the horse head statue is Stanley Ho, the King of Gambling.

Display of a beautiful village with protective walls 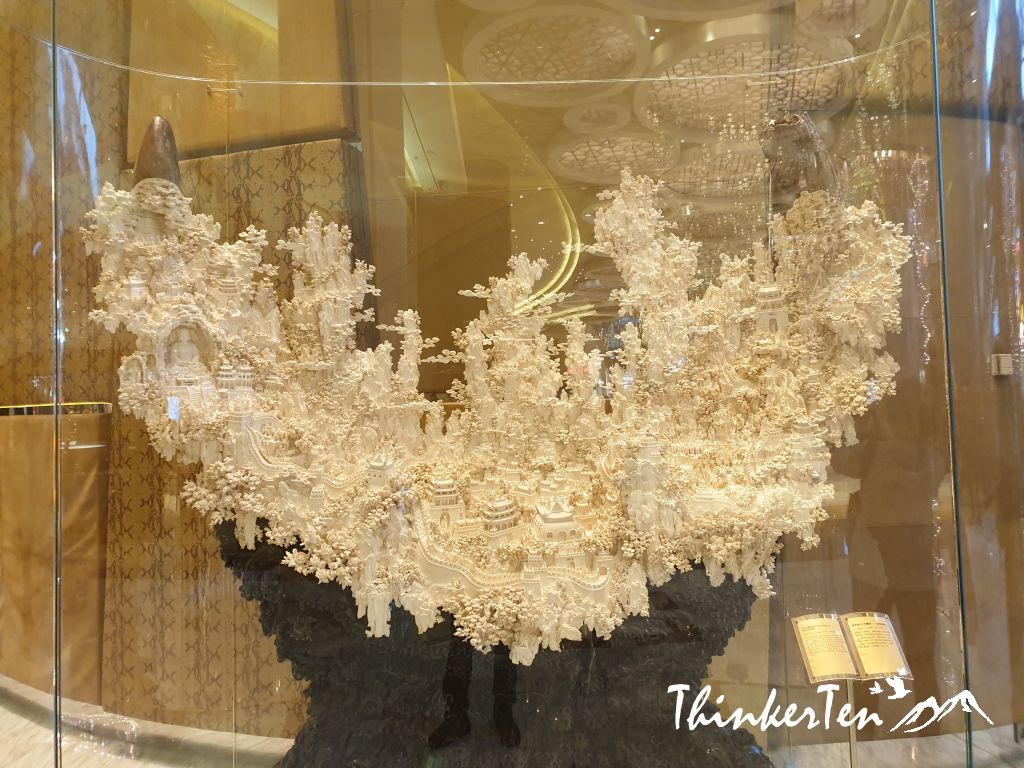 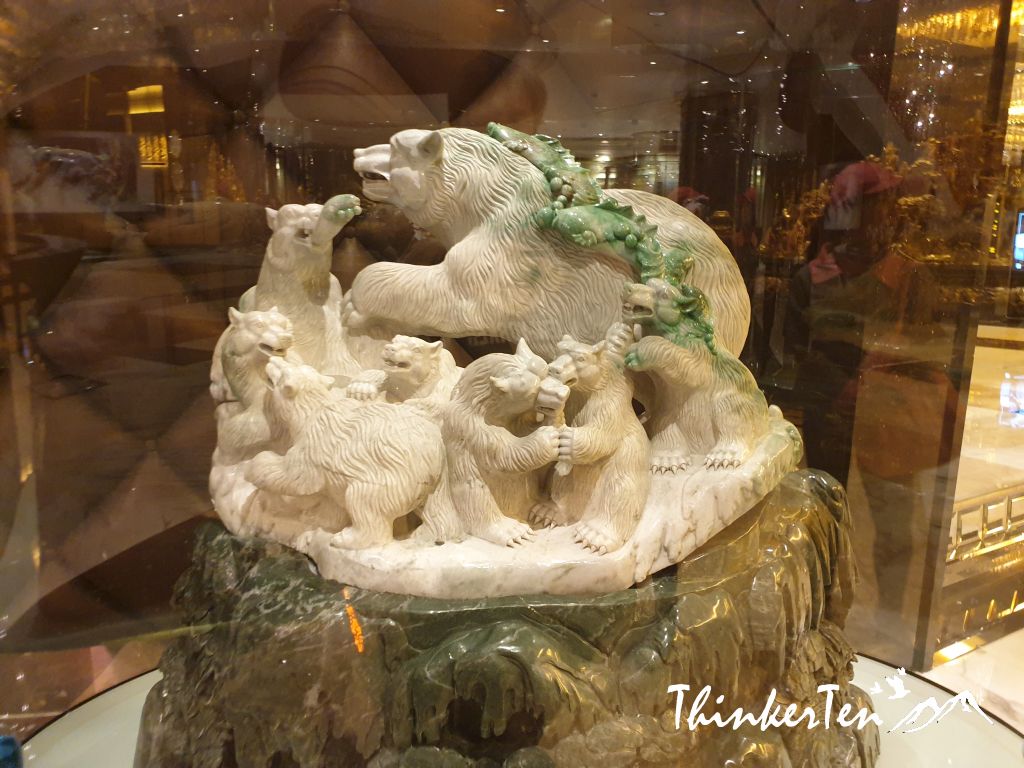 Casino Lisboa is located next to Grand Lisboa, yes they are related. It is also owned by Stanley Ho. You will find the building is quite old fashion as it was hit in the 1960s, the upgraded version is Grand Lisboa next door. You don’t get to see such Casino Lisboa these days. 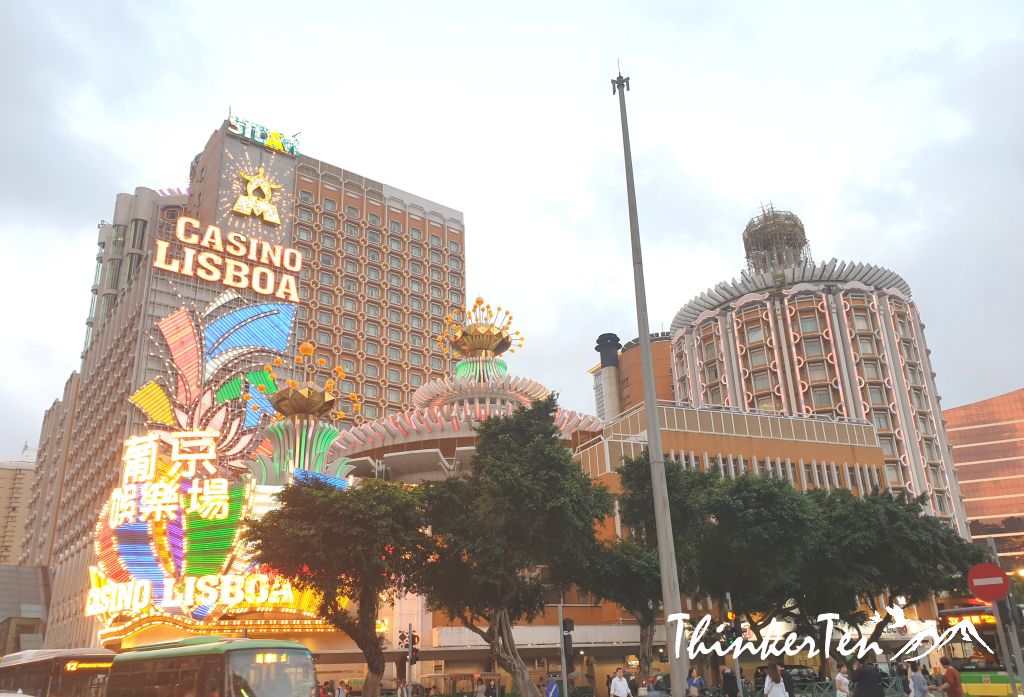 there is a free performance lake show with a blend of fountains and music, color and fire.

There are two towers for the Wynn Hotel. 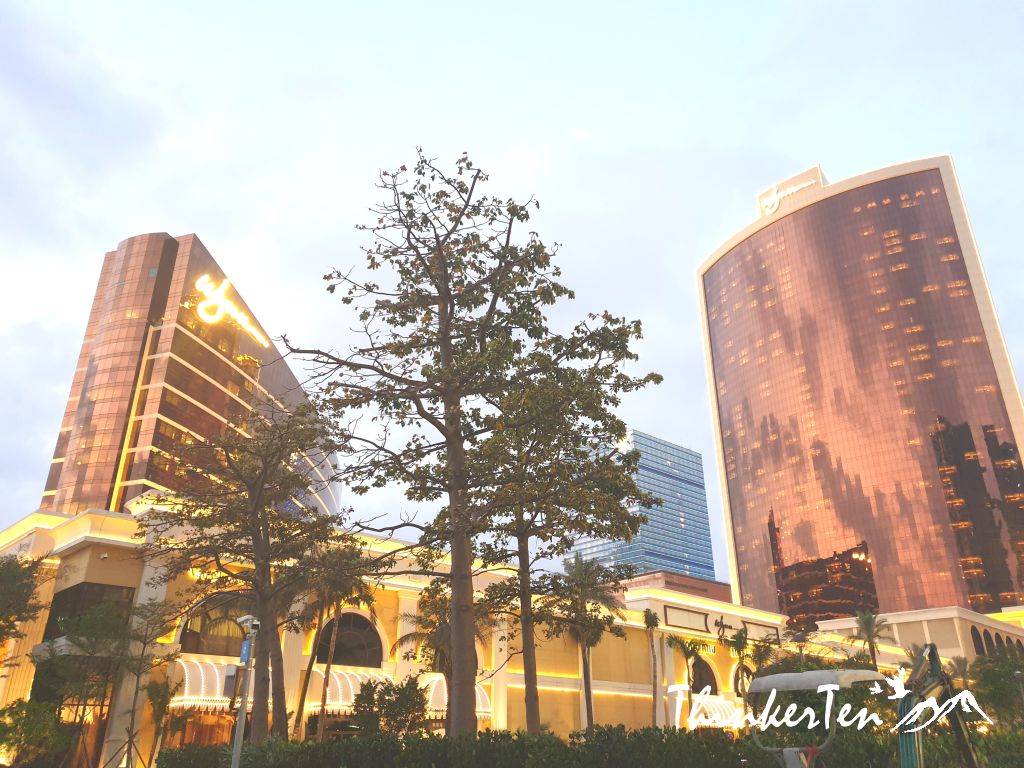 This is another American resort casino group based in Las Vegas.  MGM Macau features a unique glass exterior which reflects the in different colors and their icon, the Golden Lion. 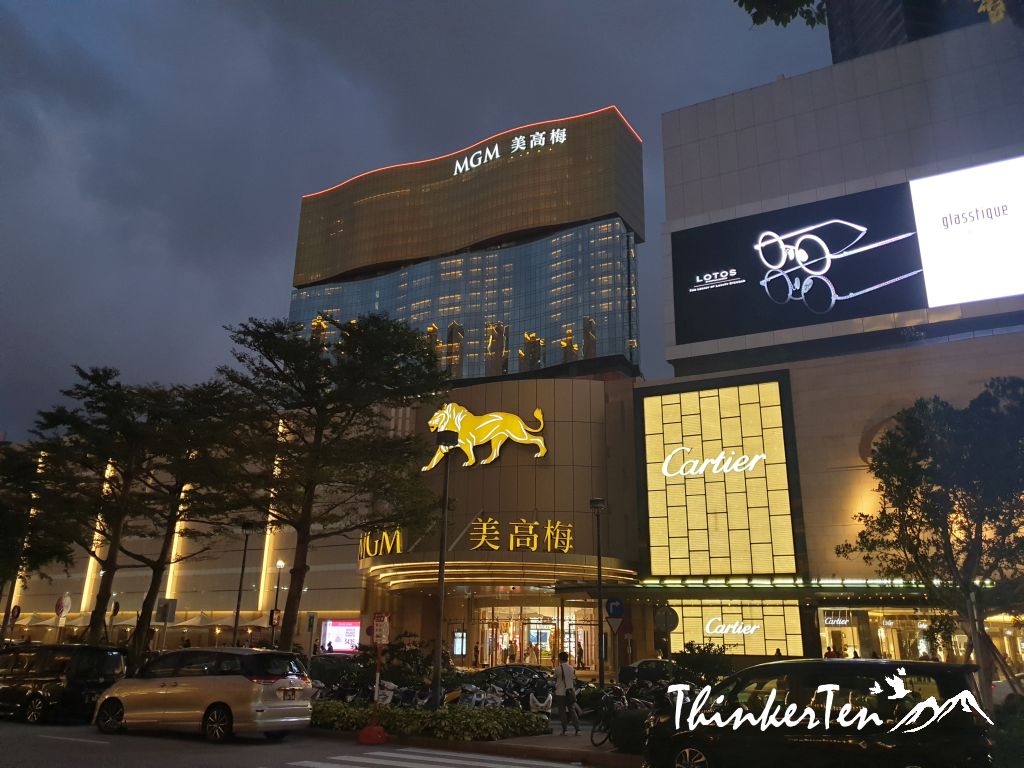 Walking toward the waterfront, you can see the Macau Tower.  The guy who owned Grand Lisboa & Lisboa Casino hotel, Stanley Ho commissioned to build the Macau Tower in Macau. After his trip back from Auckland New Zealand, he was impressed with the Sky Tower there so he wanted one for Macau as well. There are several fun activities you can do in Macau Tower, such as Bungy Jump and Skywalk. 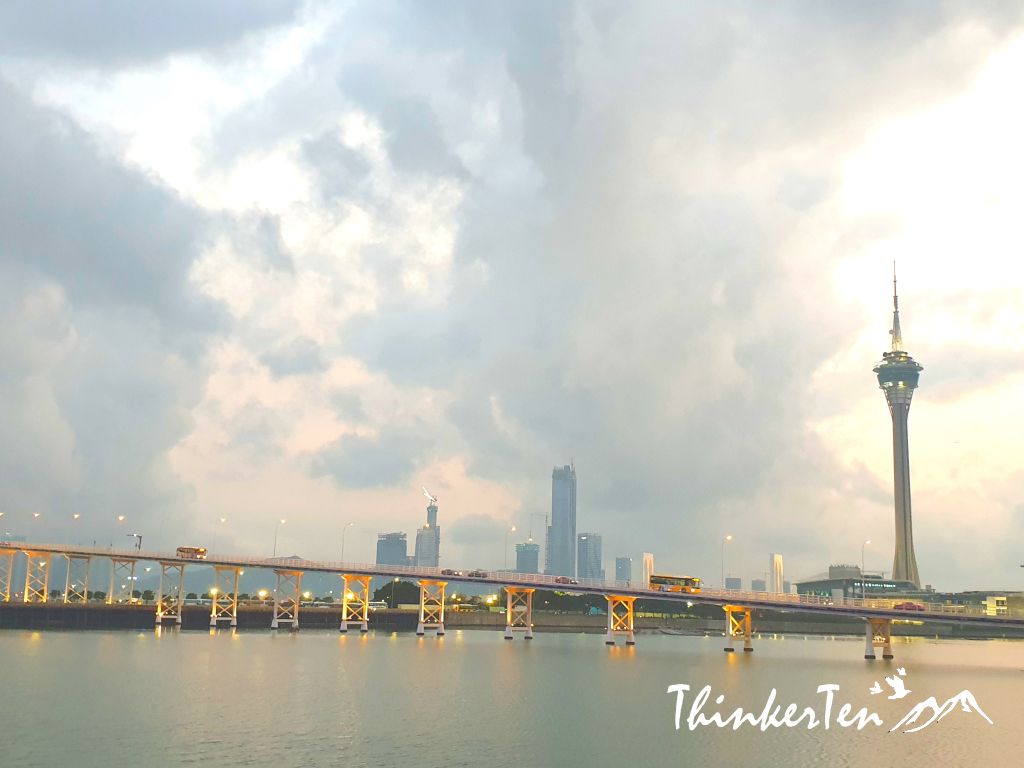 Casino & Gambling is part of the culture in Macau, so hopping all the elegant and grand hotels casinos for free is something you need to do while in Macau. That’s why people called Macau “The Las Vegas of Asia”. My favorite picks of all the hotels & Casinos are Grand Lisboa and Lisboa Casino. Grand Lisboa is really unique and beautiful and I like Lisboa Casino for a sentimental reason because we don’t get to see such old fashion hotels casinos these days. 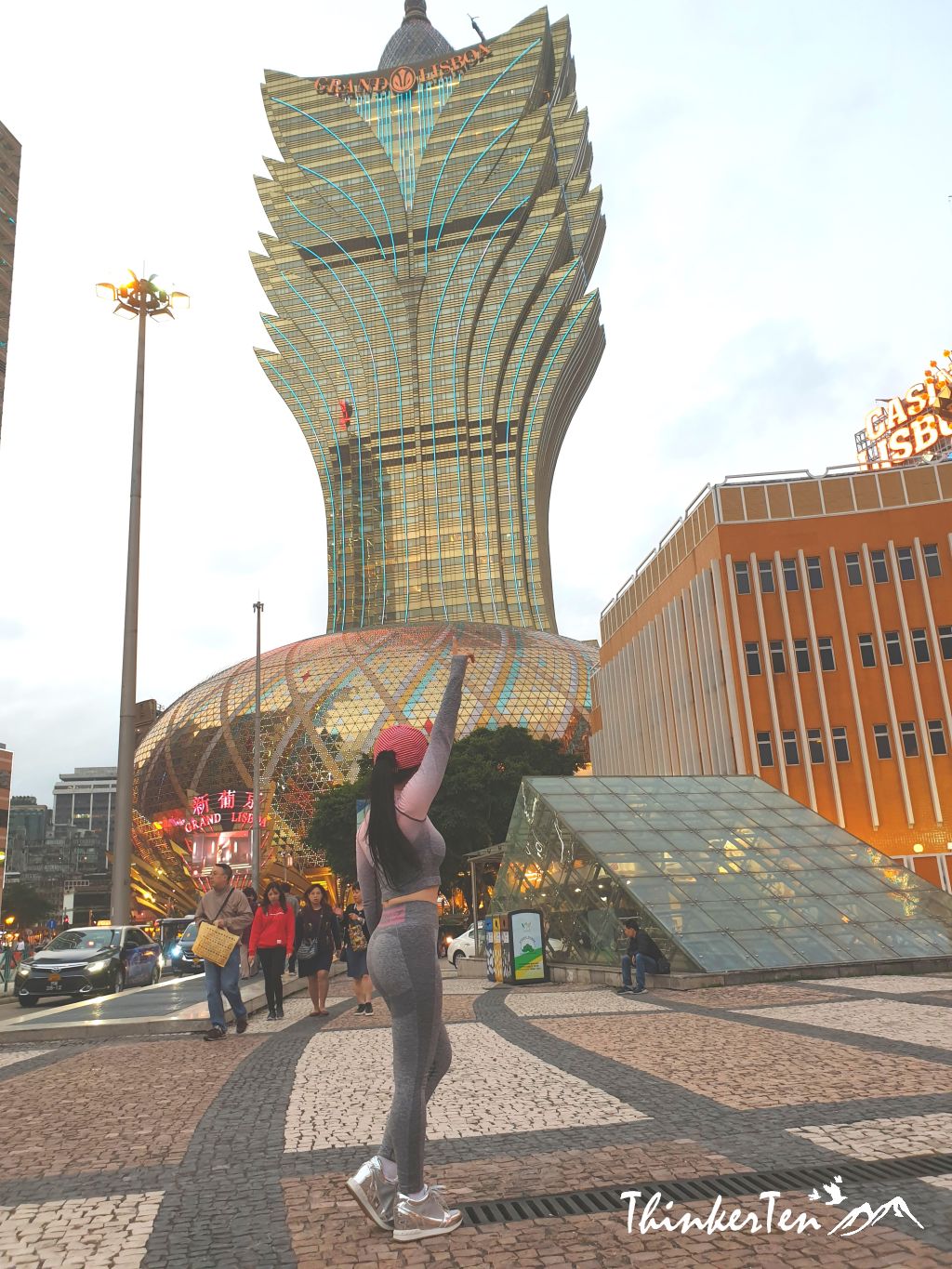 What a place full of art and wonder … an air of luxury and beauty!

Grand Lisboa Hotel Casino is an icon in Macau, also make Macau skyline very beautiful and stand out from the rest of the buildings.

I definitely remember visiting a few of these hotels! They’re so over the top and very Chinese in a sense! It’s an experience unlike any other! The Portuguese influence is so clear too.

The place is gorgeous wow!!! The interiors…Amazing!!! Thank you so so much for the recos, love it.

What a fancy place! looks like a luxury vacation done right

I have been hearing more and more about Macao. It seems to be a hot destination and the sights look worth seeing.

Macau is famous for its casinos, also known as the Las Vegas of Asia. In Las Vagas, you have The Strip and in Macau, they have Cotai Strip.

Such pretty details here! What a lovely place to visit! Thanks for sharing about it!

The Grand Lisboa Macau is a very pretty building. The art inside is very unique. It sounds like the area is very similar to Las Vegas and has a fitting nickname. It looks like there is a lot of grand architecture in Macau.

You are so right, it is similar to the concept & vibes of Las Vegas. Visitors came here to gamble and there are many American casino groups came here too, such as MGM & Wynn & Las Vegas Sands company beside the local casino, Grand Lisboa and Lisboa Casino.

Oh my goodness! This is so beautiful! I love to visit Macau someday. It will be fun for sure.

Dear Glady,
Even if you don’t gamble, it is fun to visit Macau for the gambling casino vibes, their stunning architecture and remember to do the hotel hoppings. The hotel also provides a lot of free shuttles buses from one place to another, do take advantage of that. For example, from the airport to the hotel, from the ferry terminal to the hotel,etc.

Wow, these hotels are so flashy. Is Macau similar to Las Vegas?

Yes, the hotels in Macau are very flashy, over 30 big casinos in Macau and it is nicknamed as Las Vegas in Asia. Many big casino groups from Las Vegas also have their hotel casinos here for the recent 10 years, before only local casino and dominated by the guy called Stanley Ho, the Godfather of Macau who owned the most iconic building in Macau called Grand Lisboa. Big casinos group from the America such as Sands, MGM, Wynn resorts. There are a lot of entertainment show too.

I have now seen so much of Macau that it is my cherished dream of visiting this place soon.

People usually would include Macau when they visit Hong Kong. Macau can be done in a day if you choose to stay in Hong Kong, by ferry it is only an hour. There are ferries very hour.

wow, what a neat place to explore and stay! def gotta check this out more

the place looks awesome! I would so explore it!

Macau is such a great place to visit. I’ve been there once and it was a really awesome experience.

This looks like such an amazing city to explore and see all the sites. There is so much beauty to take in!

Macau has so much to offer, not just the casino cultures. Macau is very small, only 28 sq km but it has many Unesco World Heritage site, such as the Ruins of St Paul & A-Ma temple, Senado Square, Monte Fort & many mores.

Wow the lobby was so fancy. Seriously casinos really go all out.

Dear Irina,
The lobby of Grand Lisboa is really amazing, it is full of treasures and antique. One of the most important pieces of antique is the bronze horse head from the summer palace from the Qing dynasty.

That looks like an amazing place to visit. I would love to check these pics out.

This is simply sumptuous! What an amazing place! Everything about it is so grandiose!