What you need about Coogee Beach, Sydney Australia

Coogee Beach is 20 mins drive from Sydney city center, located at Randwick at the Eastern Suburbs of Sydney. Coogee may not be as famous as Bondi due to its international reputation but you will be surprised to find out that Coogee ranked higher than Bondi because it was less crowded and has calmer water. The calmer water in Coogee is more suitable for swimming. If you are into surfing activities, then go, Bondi, as it has stronger waves there.  Coogee is only 5 km away from Bondi, just 10 mins drive.  If you have extra time, please include Coogee beach too. 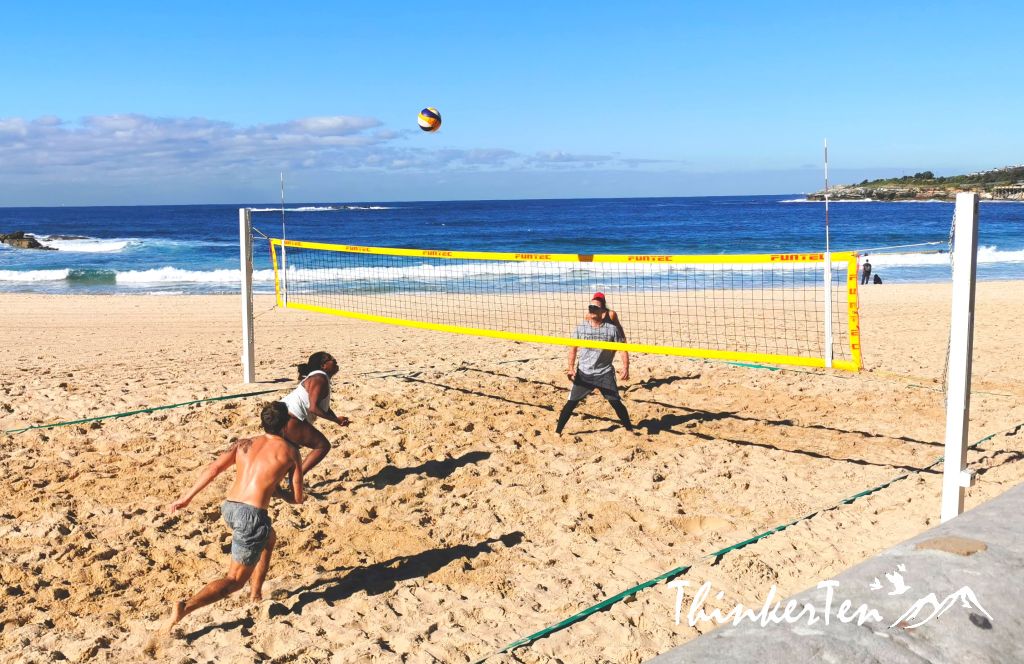 1. What does Coogee Means?

The name Coogee is taken from an Aboriginal word “koojah” which means “smelly place”, probably due to the smell of decaying kelp washed up on the beach.

Coogee Beach is clean and you will be impressed by the picturesque view when you walk the cliff-hugging trail along the coastline. Dunningham Park is located on the northern headland of Coogee Beach. If you walk up, you will be rewarded with spectacular ocean and coastline views. Great spot for photographers.

The bath was a prominent feature in Dunningham Park; built-in 1928 which was once used as the entrance for hot bath and fitness center under the management of Oscar Giles. Due to the deterioration of the buildings, the complex was demolished in 2000. The entry portico has been left standing as a landmark in the area. 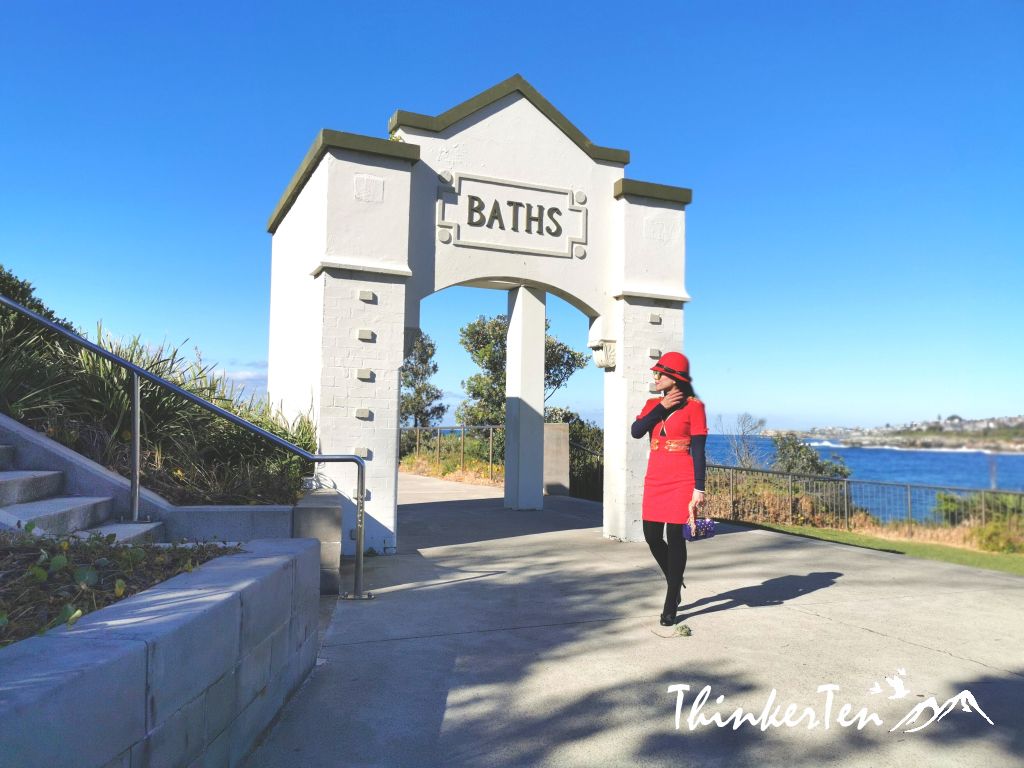 In December 2002, a local noticed what appeared to be an apparition of the Virgin Mary on the fence near Dolphin Point in Coogee, it appeared to her again the next day at the same time when the sun’s rays hit the fence. She then reported to the local new.  Since then, believers swarmed the site to catch a glimpse of the blessed mother. 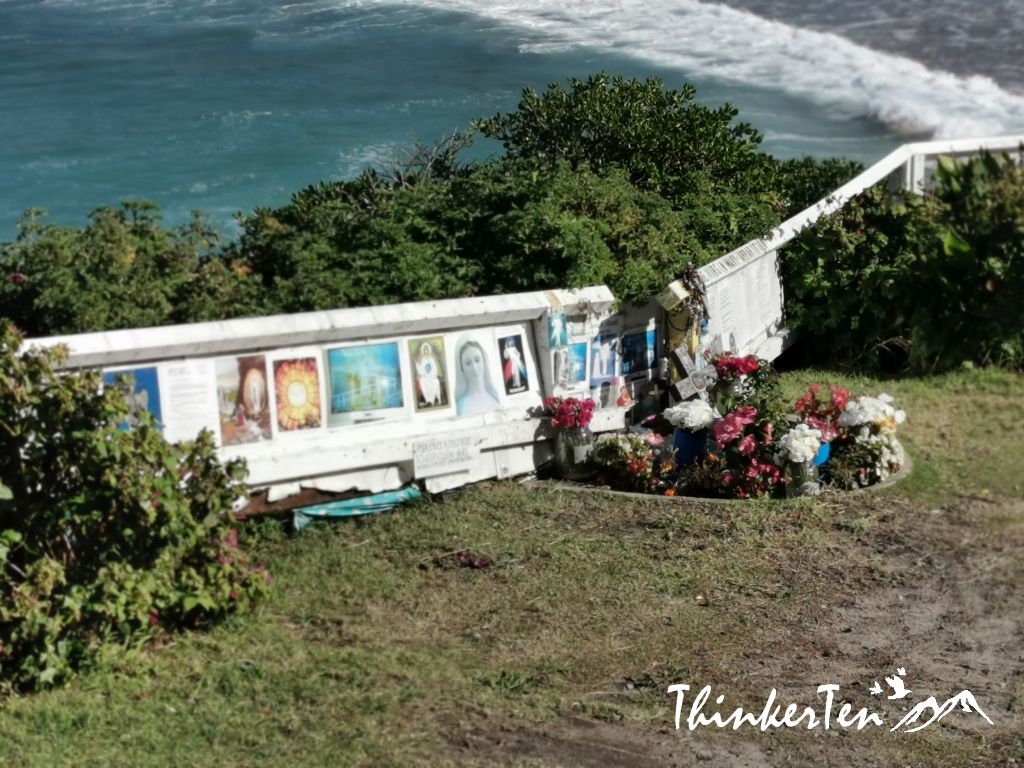 A kind man told us to go to have a look at the rock pool, he told us the water was unusually strong and waves hit super hard at the rock.  He usually swims there and he has seen nothing like this. 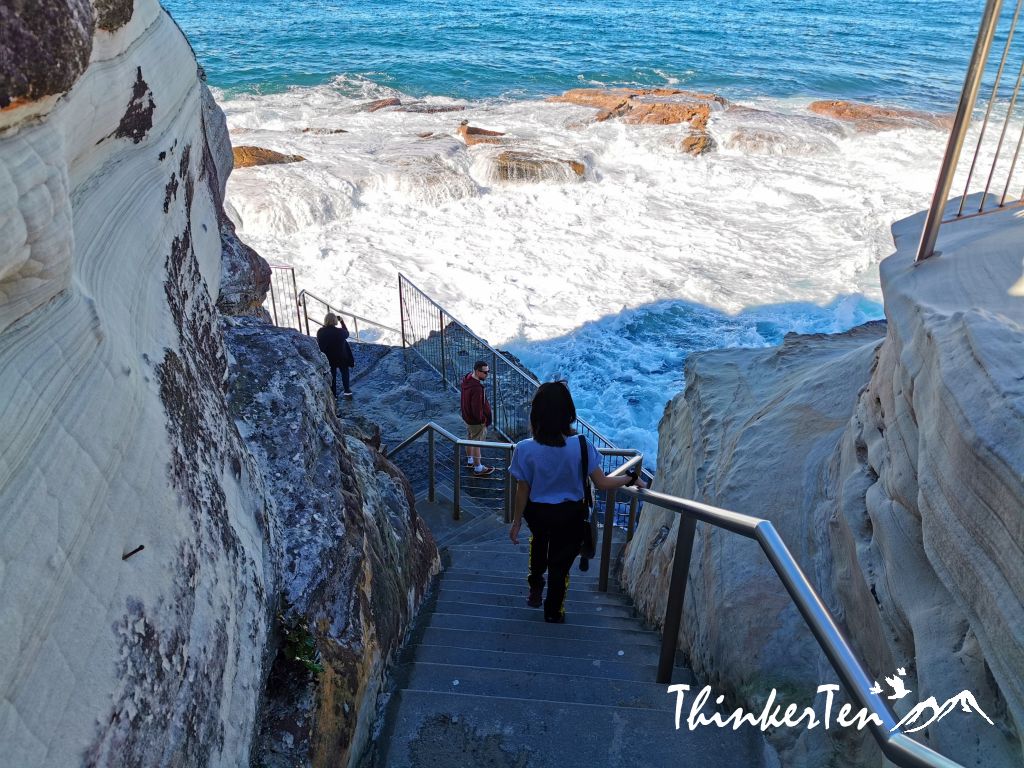 You will see the dramatic rock formation on both sides when you walk down to the rock pool.  When we went down, we could not spot the rock pool because the water splashing is so huge, all we saw was just splashes of water.  The pool was drowned. 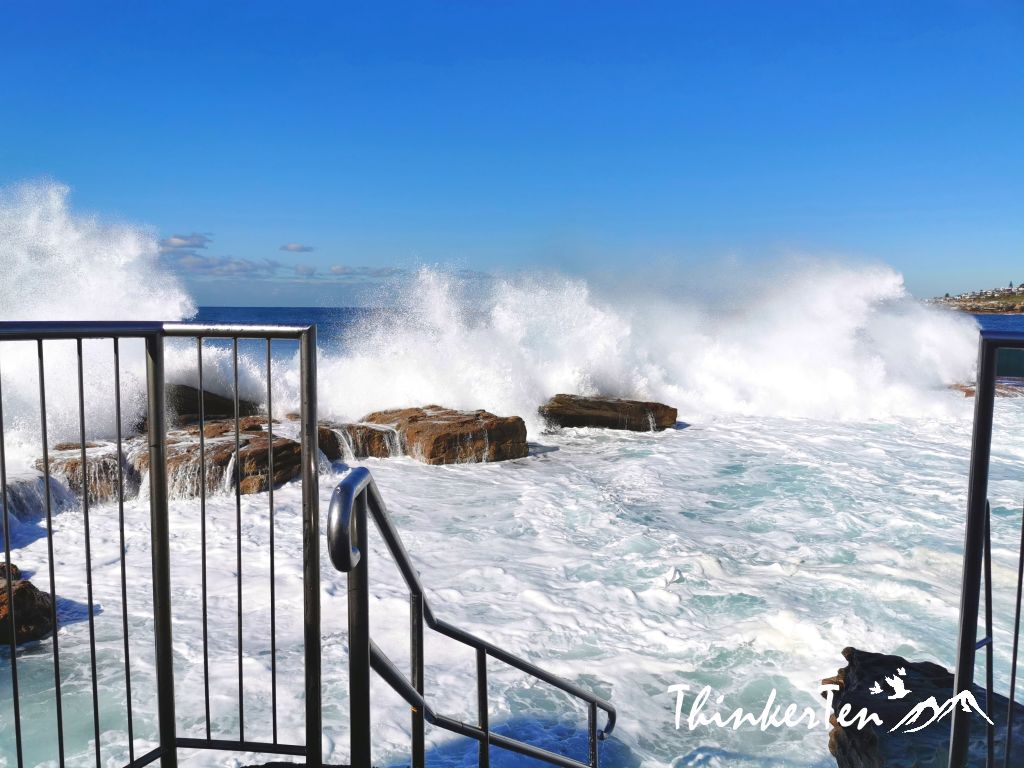 A sobering shrine commemorates the 2002 Bali bombing that killed many locals. The park’s name was changed to honor the 6 members of the Coogee Dolphins rugby league team who died in the blast. 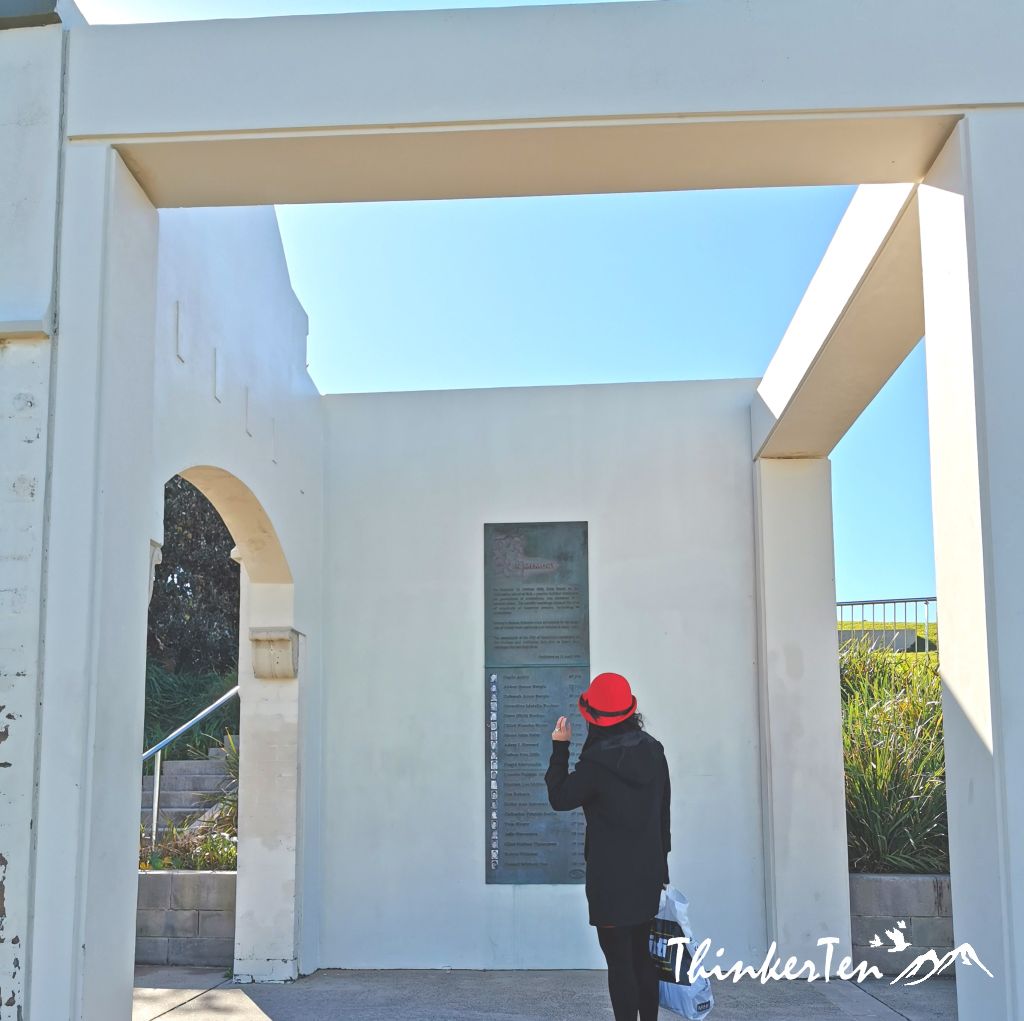 The towering bronze statue honors to those who died in the Bali Bombing. The three linked figures in this sculpture signify family, friends, and community. 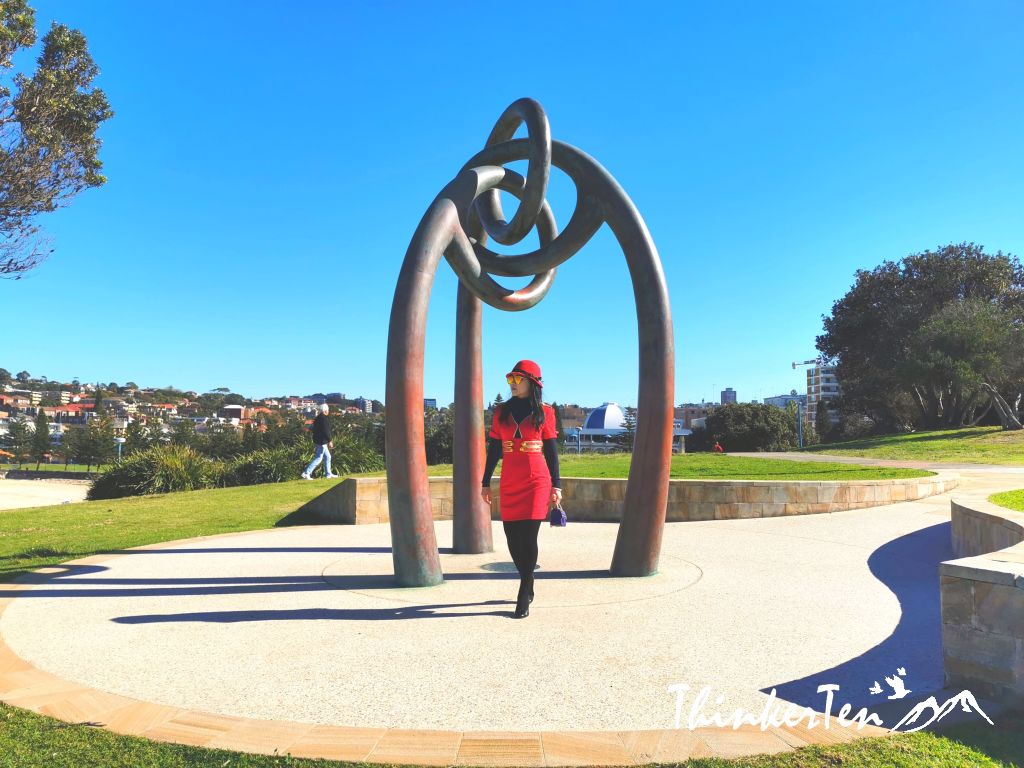 Do check out the scenic view of the blue Pacific ocean and Australian coast with waves crashing on rocks. 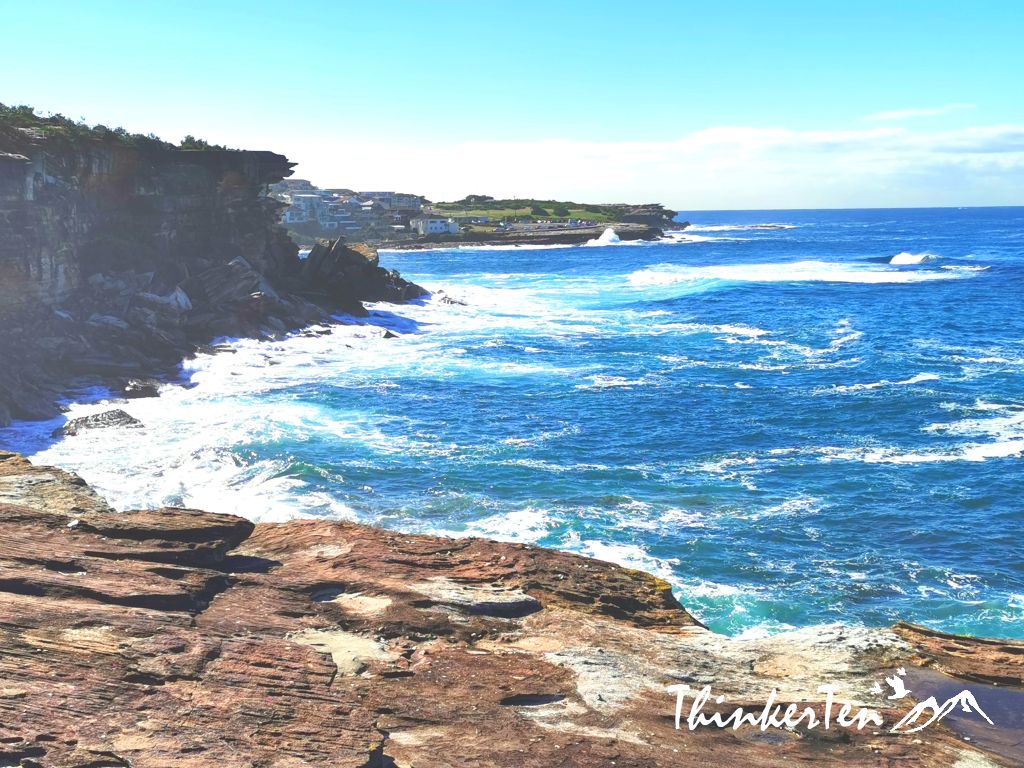 There are a number of restaurants to dine in Coogee but I would like to mention Coogee Pavilion.  It is a friendly marketplace with a collection of different, defined and subtly themed section. The building was used to be the Palace Hotel.  The best part is you can go to the top floor or rooftop bar with a nice view overseeing Coogee Beach. 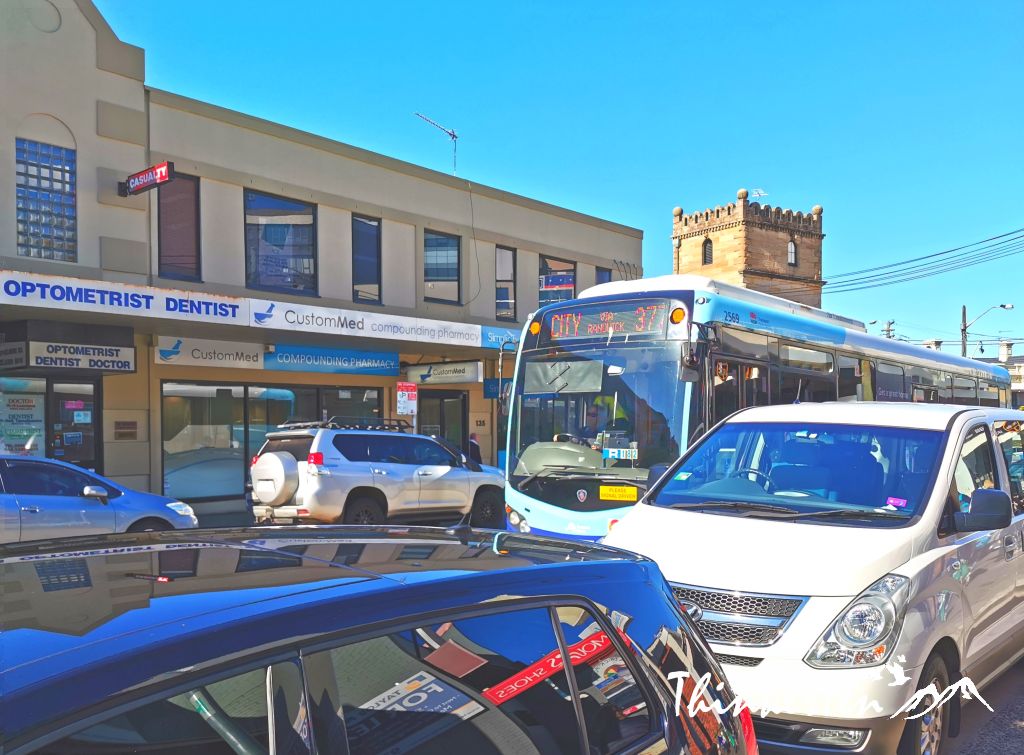 Coogee Beach has less overseas tourists as compared to Bondi but it is so lovely to spend your day here.  The coastal walk is so serene and beautiful with the turquoise color sea.  If you love trekking, you may want to try the Bondi Coogee coastal walk which takes about 2 hours to complete. 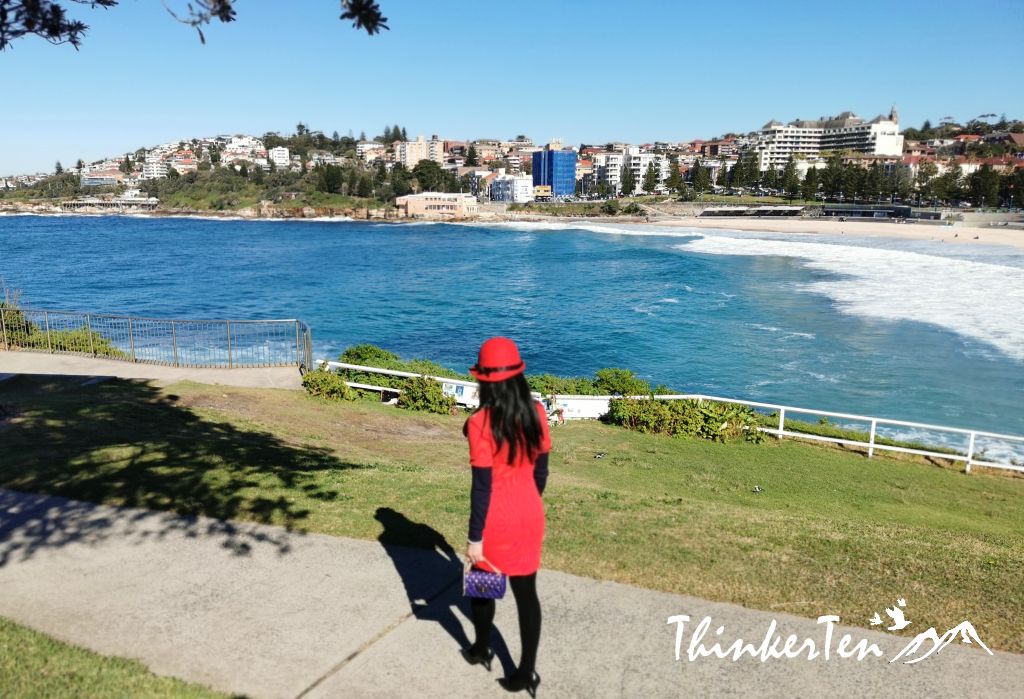 I could watch those waves all day long. I would love to take a trip there.

That’s a great way to chill!

I have been dreaming of going to Australia for years and years. Maybe one day I can take my children on an adventure 🙂

Australia is very friendly for people who want to do a road trip with the family. Do it with RV or Caravan if you love adventures. I have always wanted to try but never yet.

Wow! This place is like a piece of paradise! Stunningly beautiful. Can’t wait to go here!

The walk up the Dunningham Park is really cool, you will be able to watch the coastline of Coogee Beach. Well worth it!

It is definitely a beautiful beach. I could spend all day long by the beach watching the waves.

What a relaxing way to spend, watching the waves on the beaches. The waves in Coogee Beach is slightly calmer and not for surfing but as beautiful!

I would love to visit this beach. I wish I was in Sydney. I would spend the whole day there.

Coogee Beach is only 20 mins away from the Sydney Darling Harbour and Circular Quay (Harbour Bridge & Opera House). Anyone who is doing a road trip with a car should stop by Coogee too.

This beach looks like so much fun! I’ve been dying to go to Australia so I need to check it out.

Australian love spending time on the beach, be it surfing, sun tanning, jogging on the beach! You must check out the beach culture in Australia when you visit.

Australia is at the top of my must visit list. I’ve heard the beaches there are beautiful.

The beach culture here is just amazing and Aussie love beaches and they can’t live without beaches I am pretty sure.

This is a great post! I love a beach destination.

Wow! That Rock pool looks awesome! The walk in Dunningham Park is really cool. Such a great destination.

I would love to go one day! It looks beautiful!!

I’ve always wanted visit Australia. It has always just seemed like such a fun and amazing country to me. Hopefully I’ll get to see it one day soon and visit some of these places you mentioned above.

Totally agree and Bondi is really crowded! We much prefer quieter beaches – this looks fab!

I really want to visit Australia but the flight will be long with a toddler. I can’t wait to hit the beaches including this one.

What a gorgeous beach…Australia is truly so beautiful!

The water there is amazing. I really would love to manifest myself to Sydney Australia in the near future.