27 Things to do in Melbourne City & Outskirt

Melbourne is pretty dynamic, the city has a lot to offer including arts & culture, first-class universities and easy public transport options. Yes, don’t forget about the food too.

I have compiled 27 things to do in Melbourne city and the outskirt of Melbourne.  I hope it helps you to plan for your next trip to Melbourne Victoria.

Trams are major public transport in the city of Melbourne. Do take advantage of the City Free Tram Zone extends from Queen Victoria Market to Docklands, Spring Street, Flinders Street Station and Federation Square. You don’ need a myki card if you are only traveling in the city’s Free Tram Zone, choose one of the historic trams and hop on and off. 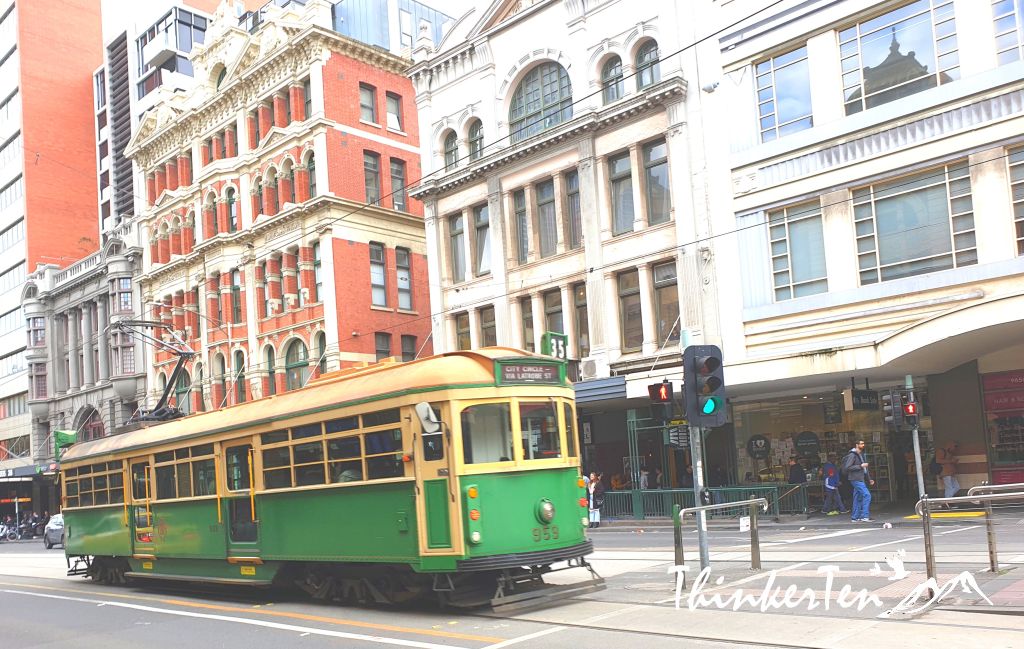 One of the best ways to explore a new city is using River Cruises as you get to see a different perspective from the water and it looks even more stunning and no traffic.  You will hear in-depth commentary while you ride, getting a full picture with a panoramic view and listen to Melbourne’s history and modern existence. 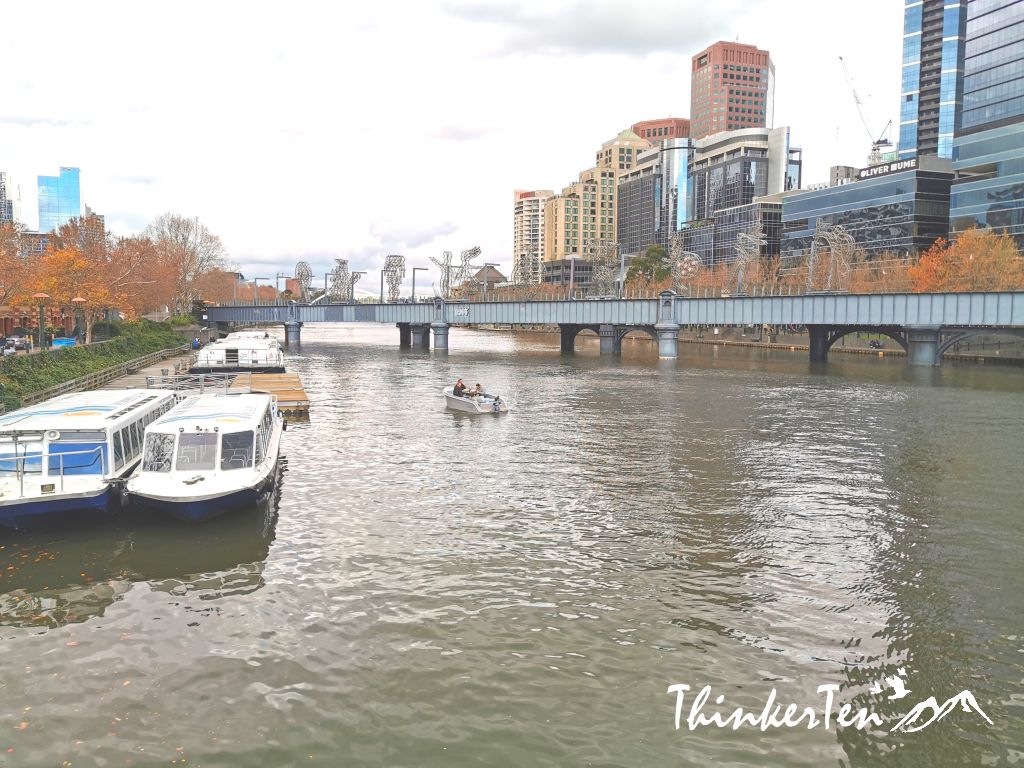 The Yarra River is a river flowing through in Melbourne city. You can see activities such as rowing & kayaking there. 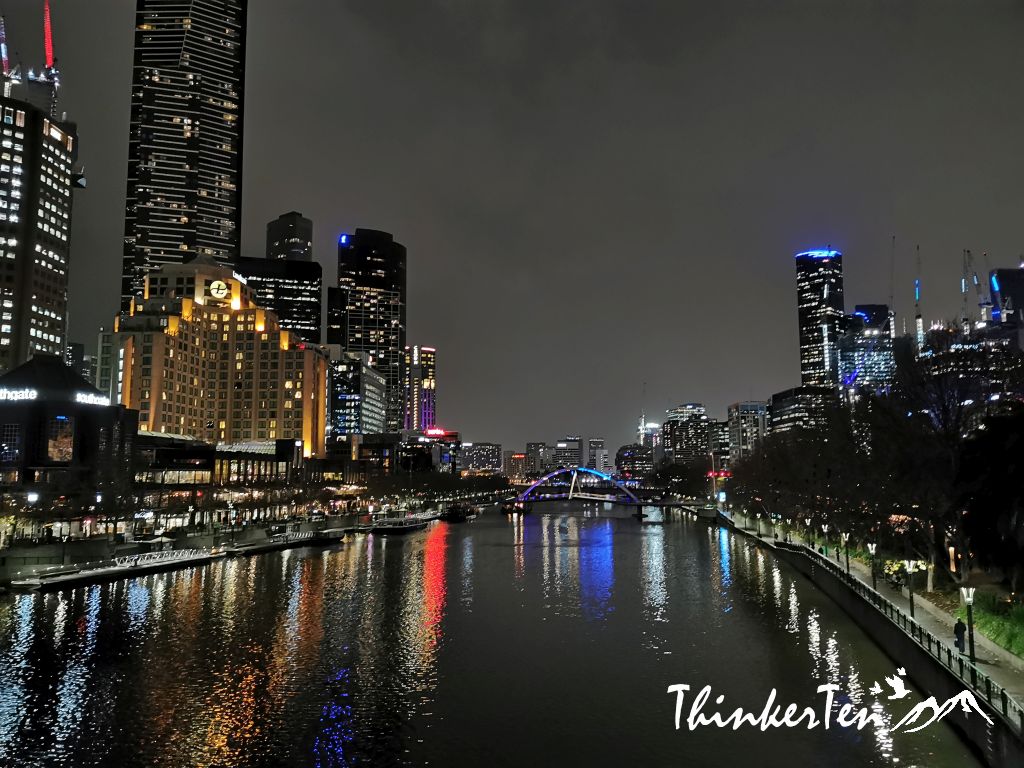 If you love Asian food, then pay a visit to Melbourne Chinatown which offers a variety of cuisines in different restaurants.  Yum Cha Dim sum is one of the must-do in Chinatown and you should try it for breakfast or brunch. 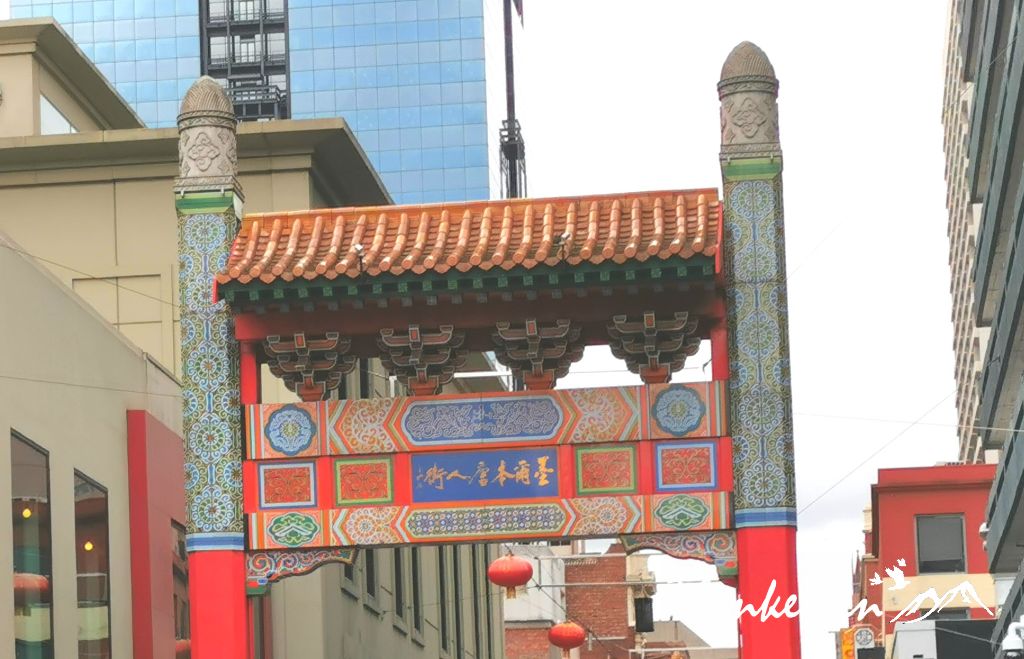 ACMI stands for the Australian Centre for the Moving Image is Australia’s national museum of film, video games, digital culture, and art.  One of the landmarks that tourists go to see. (Currently closed till 2020). 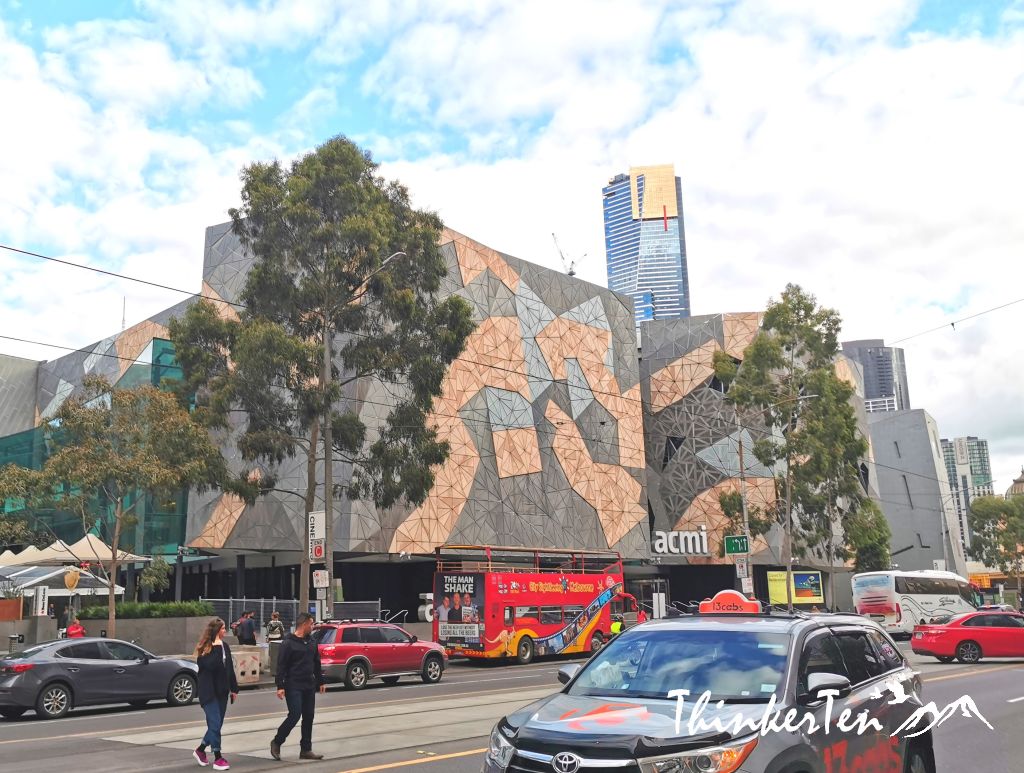 Situated in the corner of Flinders and Swanton Streets is the iconic Flinders Street railway station. It is the most beautiful station in Melbourne, always busy and you may want to catch the metro to travel around. 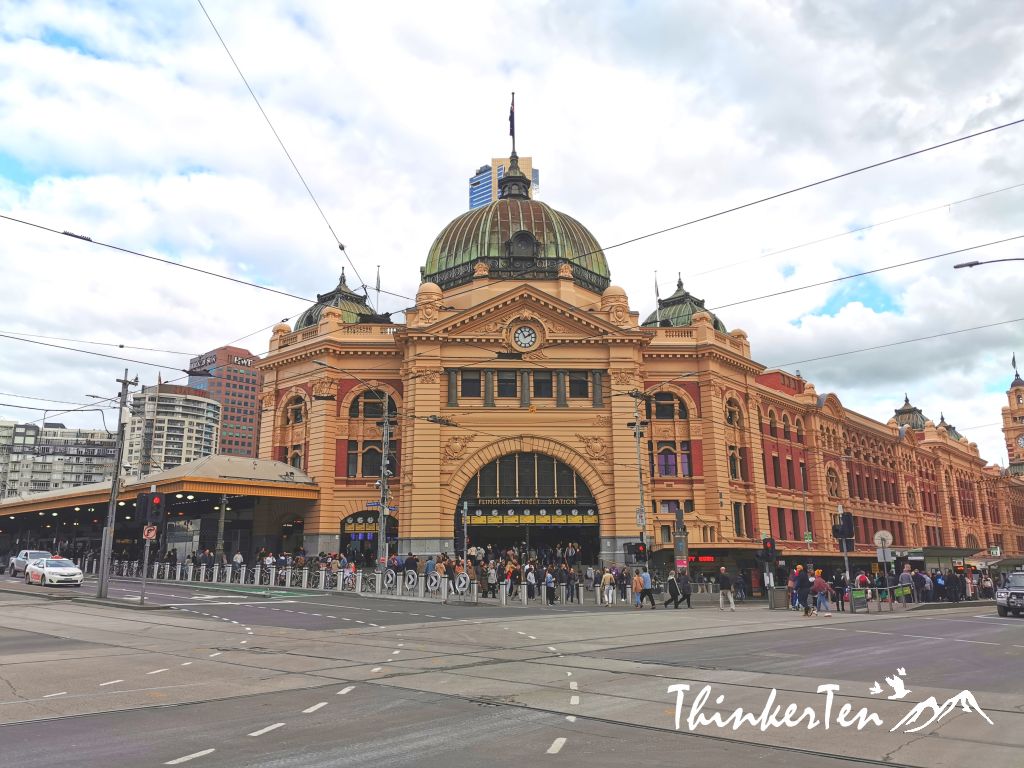 At the station facade, there is a line of clocks dated back to the 1860s and still display departure time today. 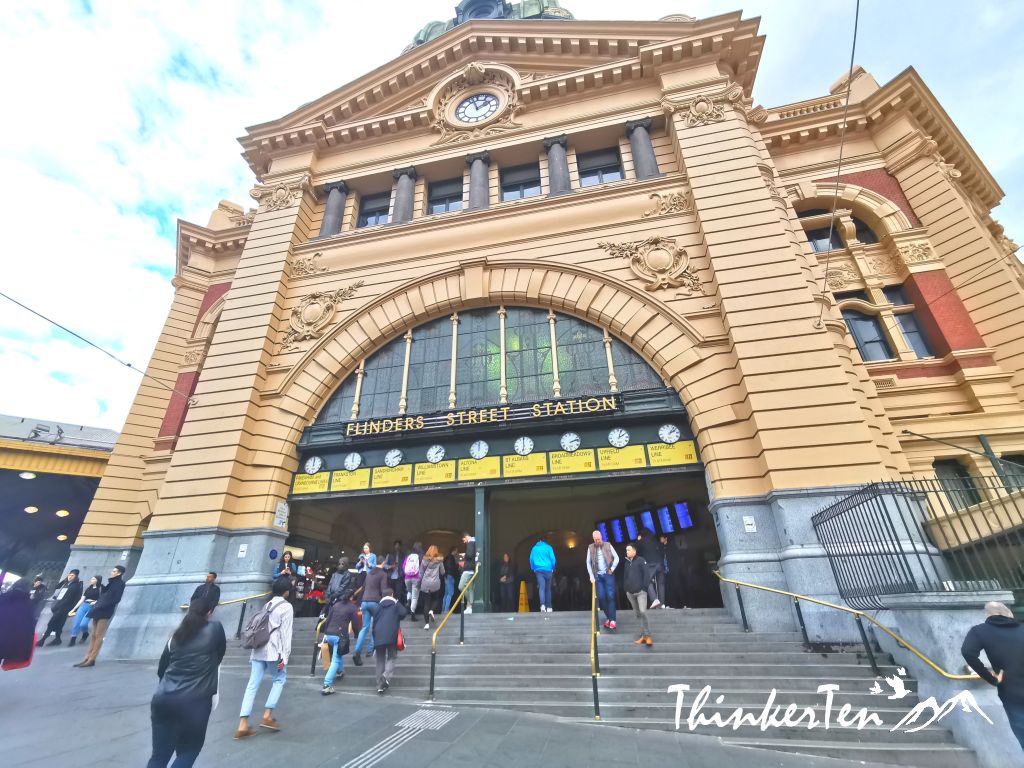 The old church (1880) is located in front of Federation Square. It is a stunning and historic building situated in the CBD area. 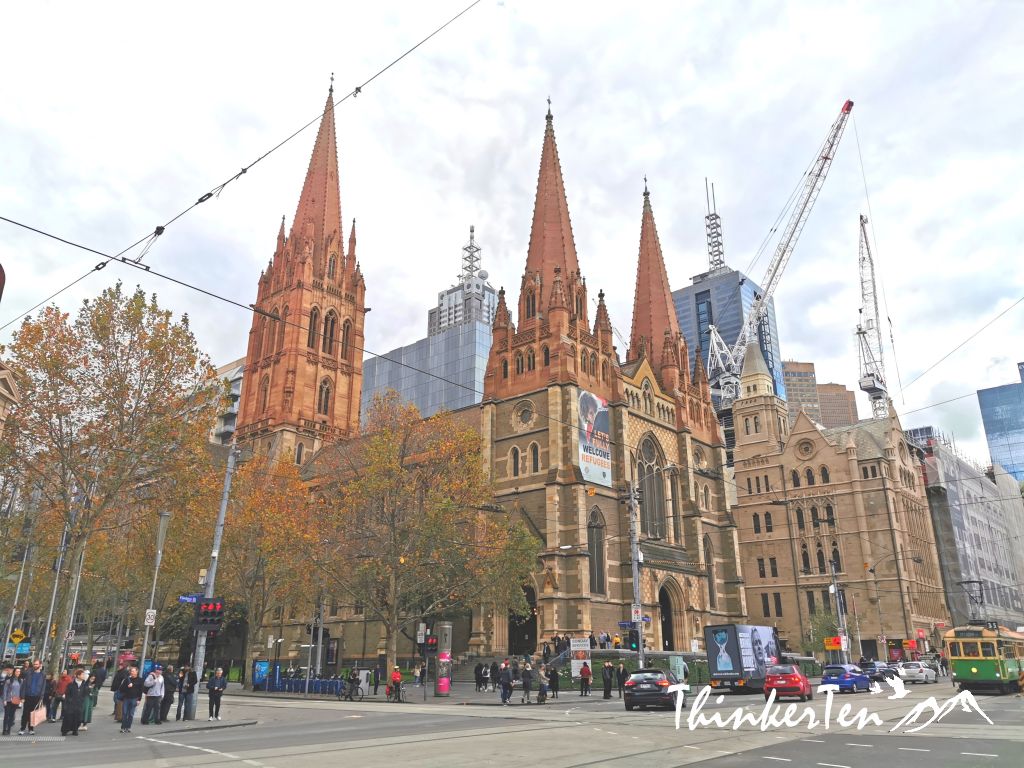 Melbourne enjoys lively street entertainment from buskers and street entertainers in a number of places in Melbourne city. Some of the hot locations are Flinders St Station, Federation Square, Princess Bridge, Southbank, Southgate, Swanston Street Walk, Bourke Street Mall, Melbourne Central & Queen Victoria Market.  These are hot tourist spots and the chances of seeing one of these are high. 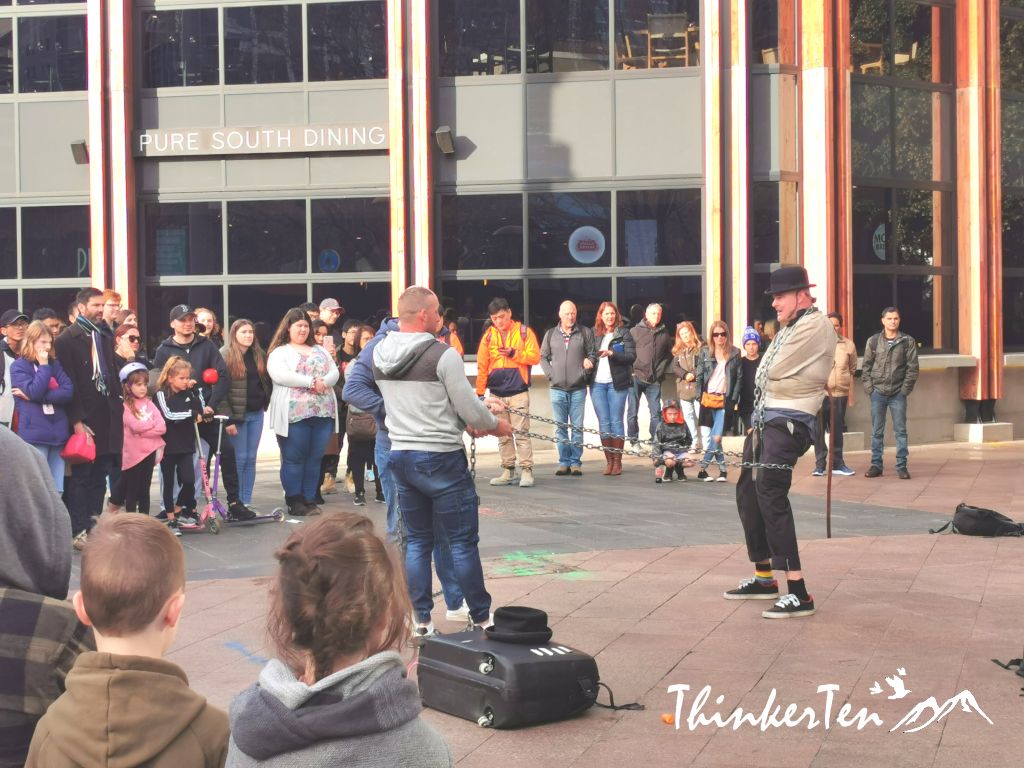 This is a great location for casual international restaurants & bars. Also, a great place to stroll by the Yarra River with a huge selection of dining options.

Gordon Reserve is a small historical park on Spring Street on the corner of Macarthur Street between Parliament House and The Old Treasury Building. If you are visiting the Parliament House, you should stroll at this place, there is a statue of Adam Lindsay Gordon who is the Australian poet. One of his famous poems is called – “The Swimmer”.

You also find a rare piece of artwork- the fountain designed by William Stanford (Australian sculptor) when he was in Pentridge Prison. It features birds, dolphins and a cupid figure in the middle.  What makes it rare is it was carved out of bluestone from the prison quarry. 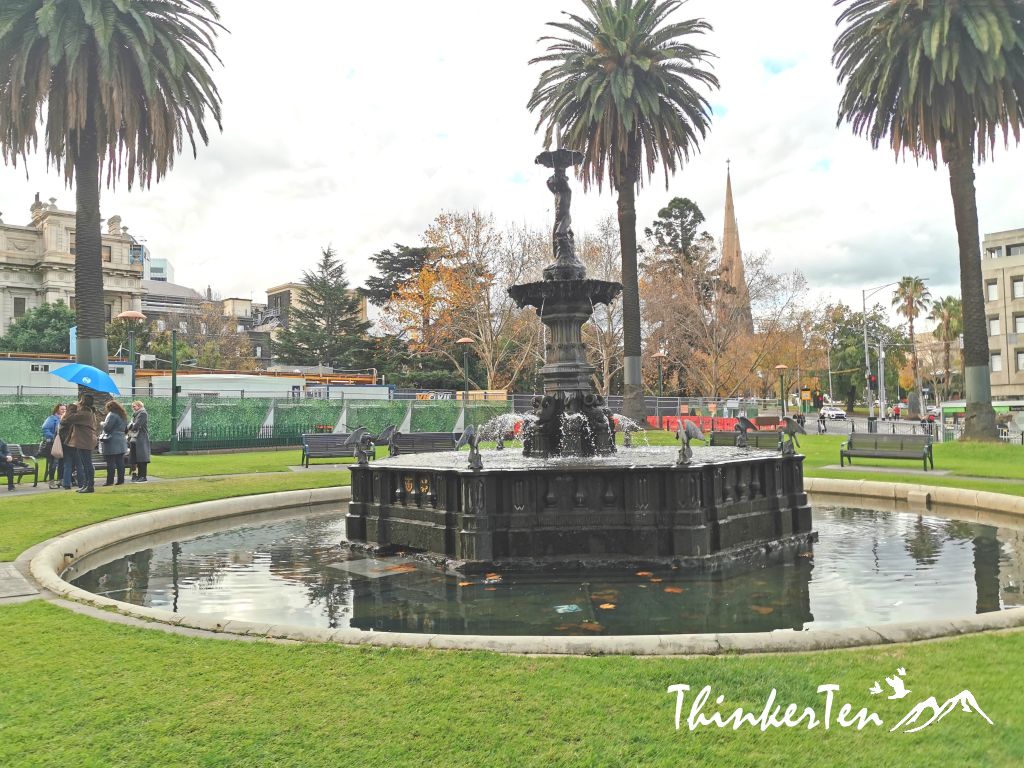 This is a great place to learn about Victoria’s history. The building is considered the oldest and most architecturally distinguished public building in Melbourne. It is open to the public and most importantly it is free. You can also join the guided tour, base on the timetable to get a better understanding when you stroll inside the Parliament House. 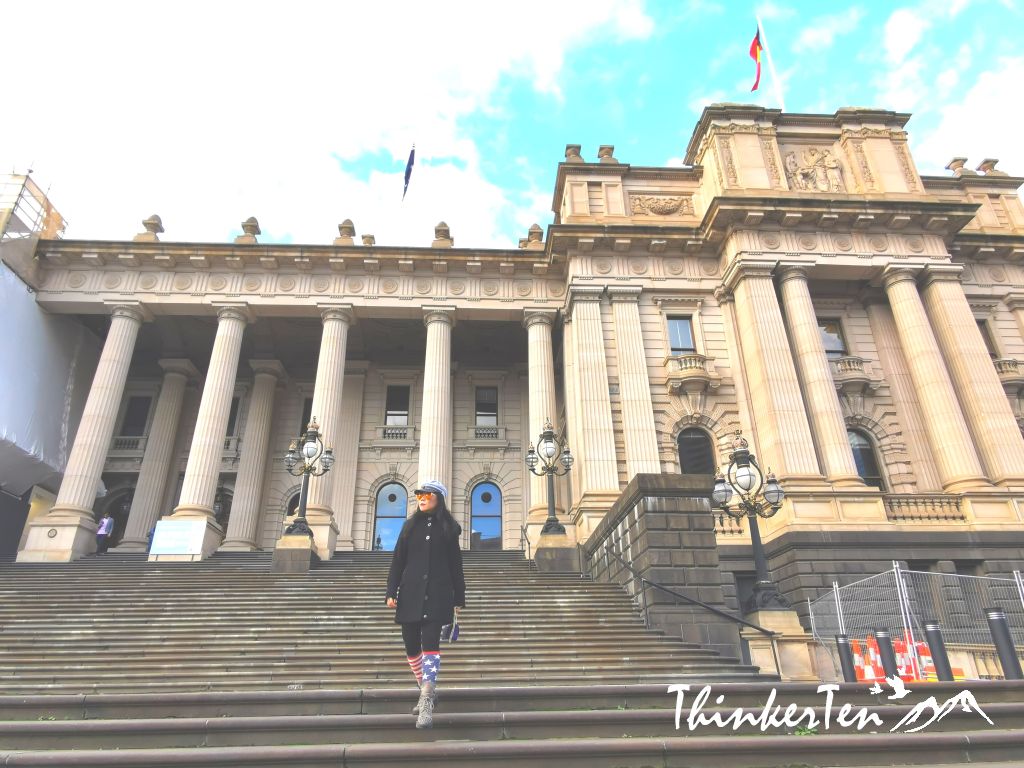 12. High tea at The Hotel Windsor 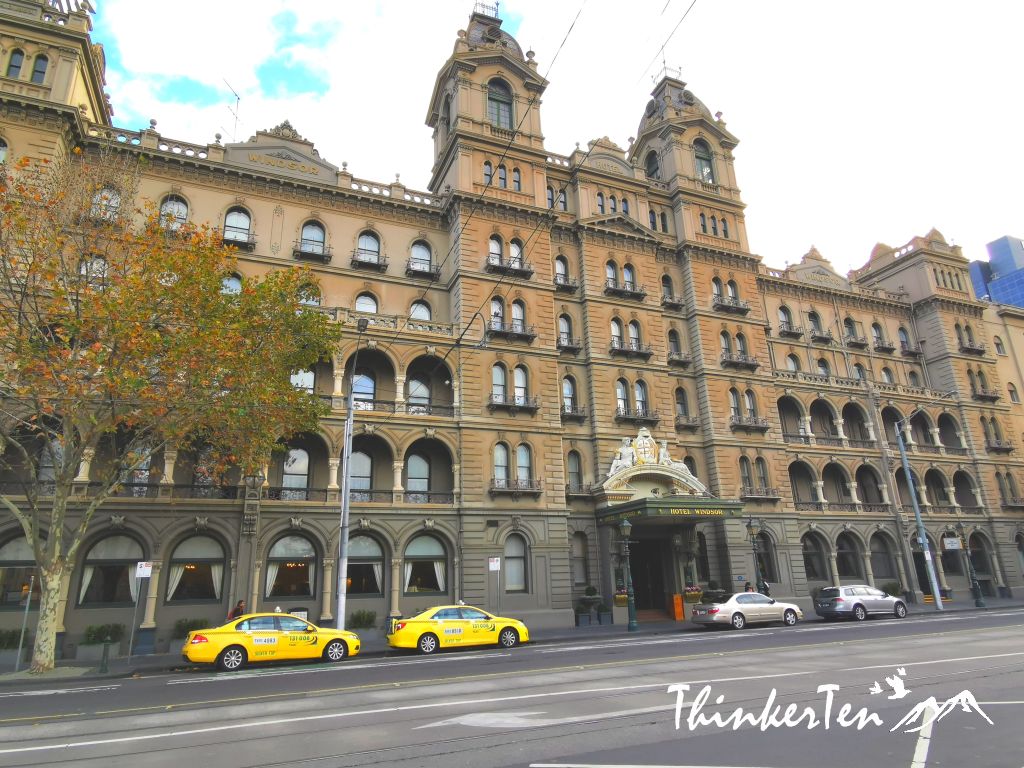 If you are staying few days in Melbourne, you should get a Myki card, it is a reloadable credit card-sized smart card ticketing system used for electronic payment of fares on most public transport services in Melbourne and regional Victoria. You can get them from Metro premium stations, myki machines at all Metro railway stations, some tram stops, and 7-Eleven stores. 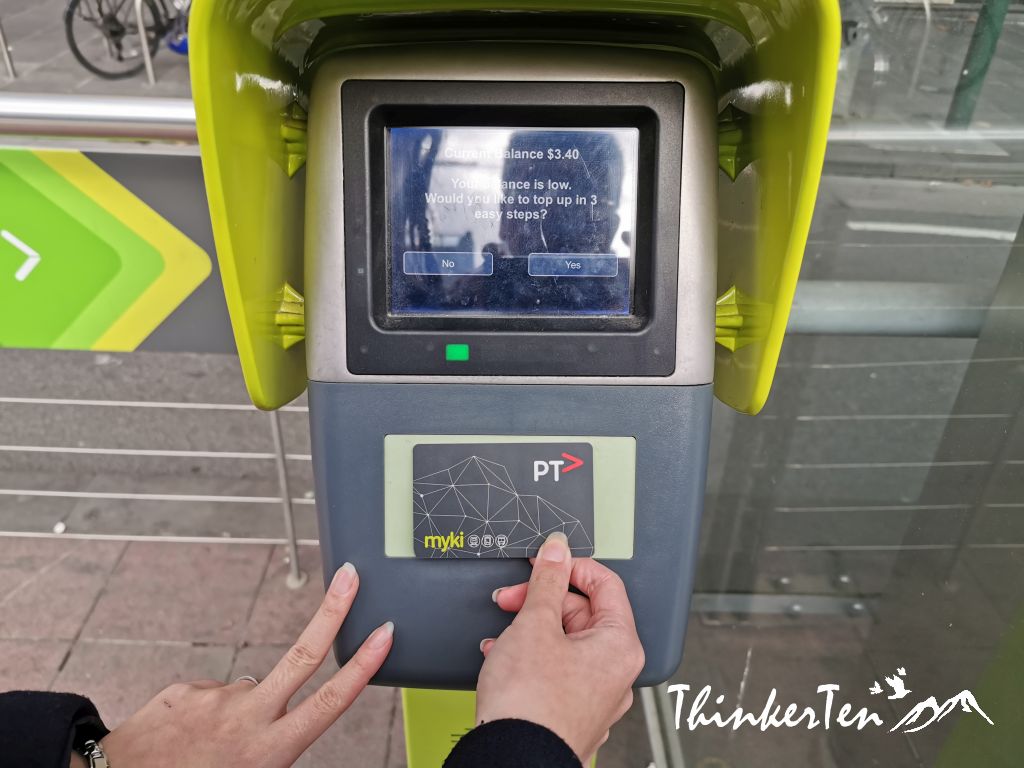 The attractive building (1859) was once upon a time the Melbourne’s General Post Office but now used for retail business. You will find reputable retailers such as H&M stores here. It is in Bourke Street Mall along with some Myers and David Jones, (Australian top departmental stores). 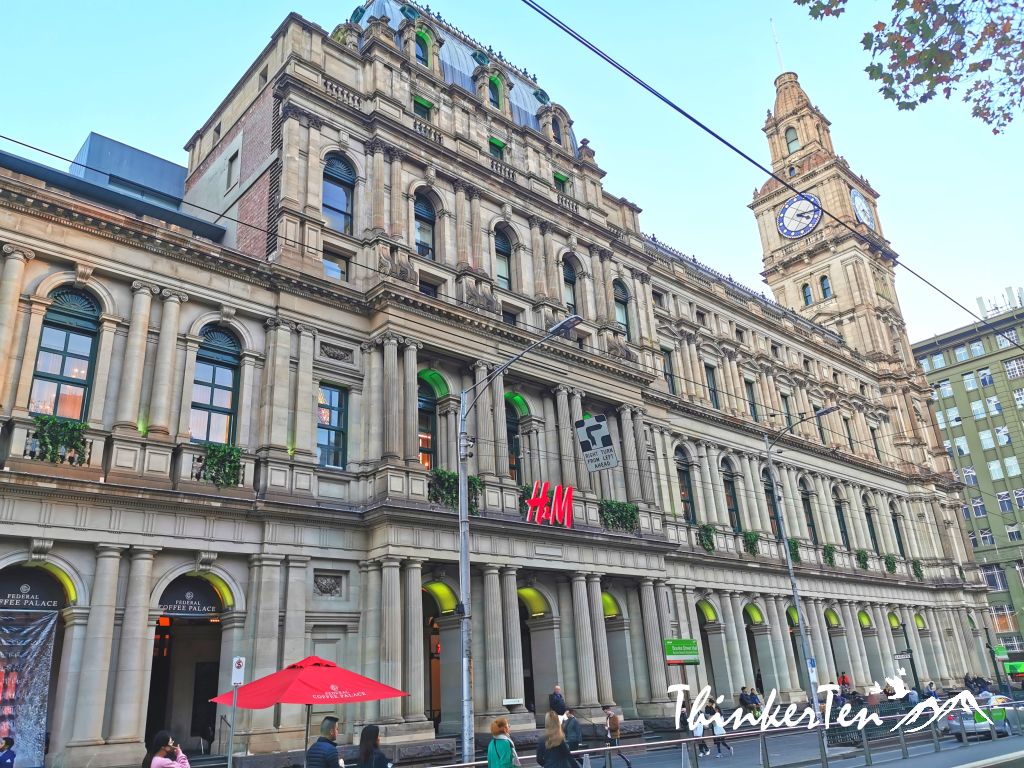 Rising above Melbourne’s vibrant Southbank precinct, Crown Towers offers spacious luxury rooms with views of the city or Port Phillip Bay. It is also a casino and resort located on the south bank of Yarra River.  If you want some luxurious experience, Crown Tower Hotel is the place to get pampered. 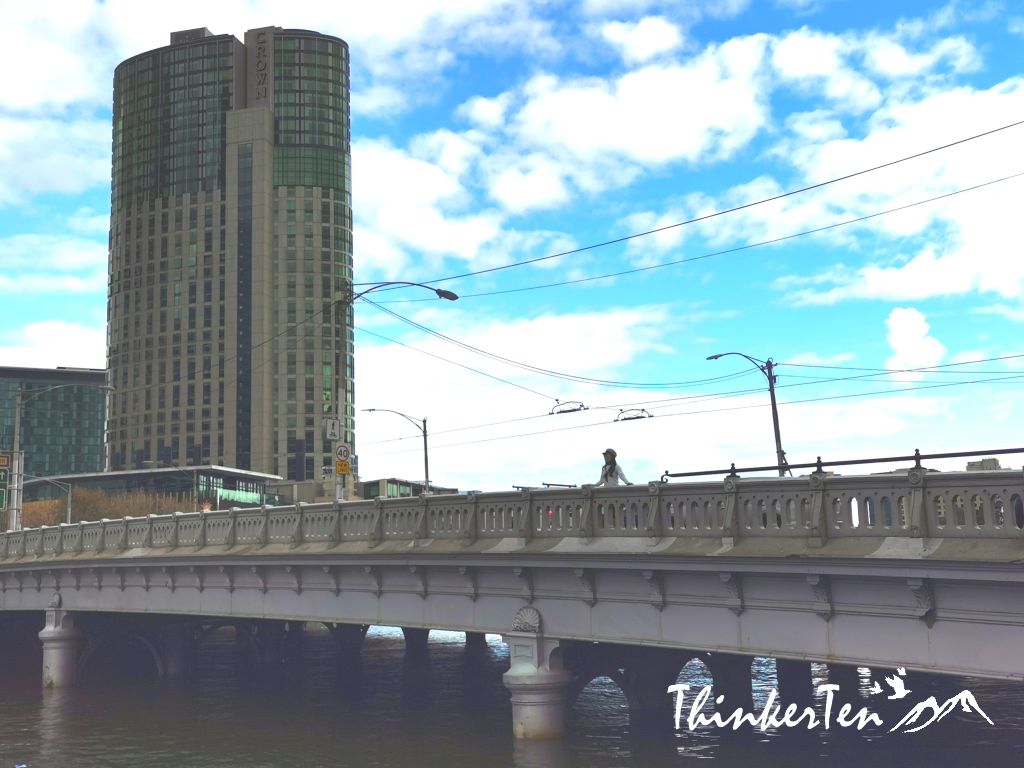 One of the most popular things to do in Melbourne is Hosier Lane street arts, just a few minute walk from Flinders Street Station and Federation Square. This is the hot spot for Melbourne graffiti & Street art. 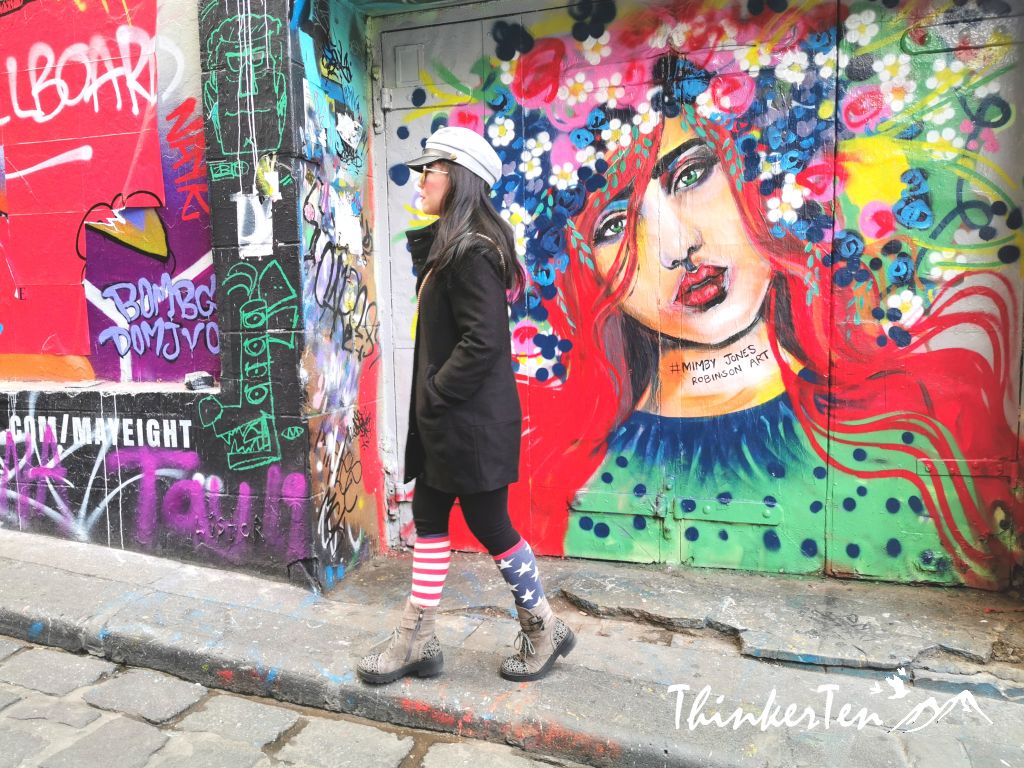 The heritage architecture is stunning, especially the interior. Do look up at the ceiling to look at the octagonal dome and climb up to the higher floor to look down at the custom-built desks, heritage chairs, and traditional green reading lamps. 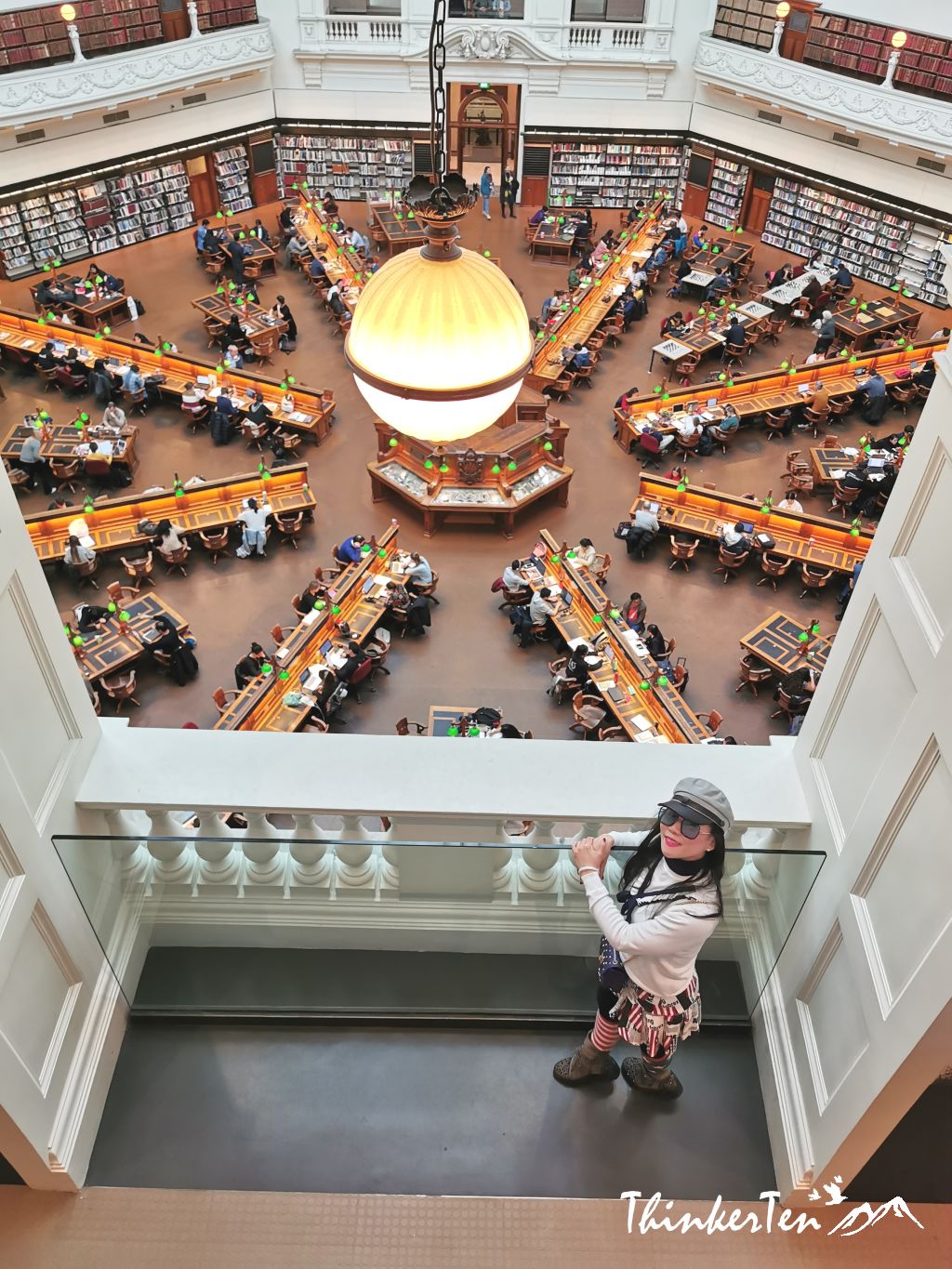 The tall spire is Arts Centre Melbourne, it has performing arts such as opera, ballet, and theatre. The spire has become one of the landmarks in Melbourne. 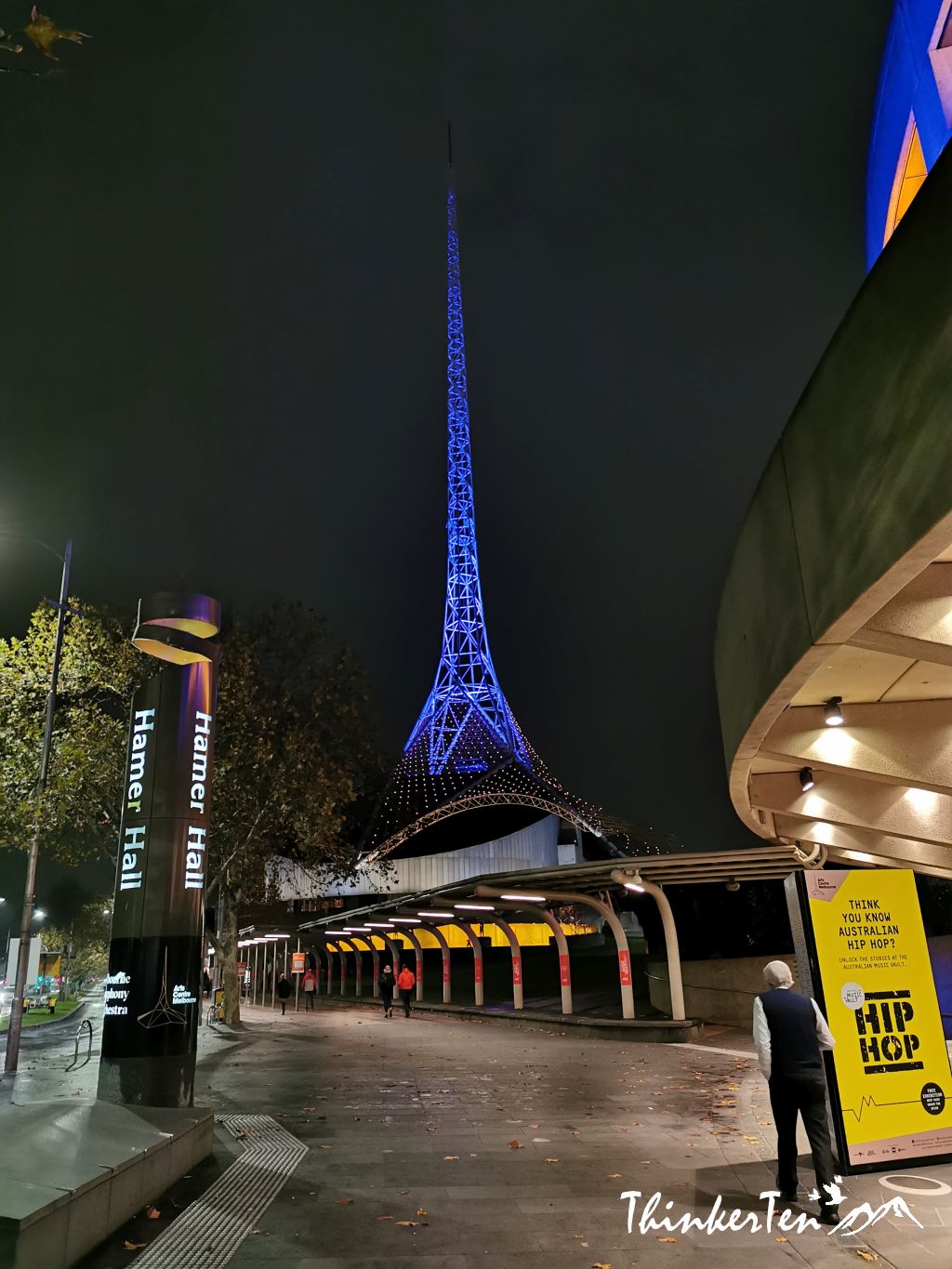 The former City Court, built between 1911 and 1913 is now Building 20 of RMIT University, located on the corner of La Trobe and Russell streets.  Pay attention to the former main entrance, there are numerous holes in the bricks that were caused by shrapnel from the Russell Street Bombing that can still be seen today. 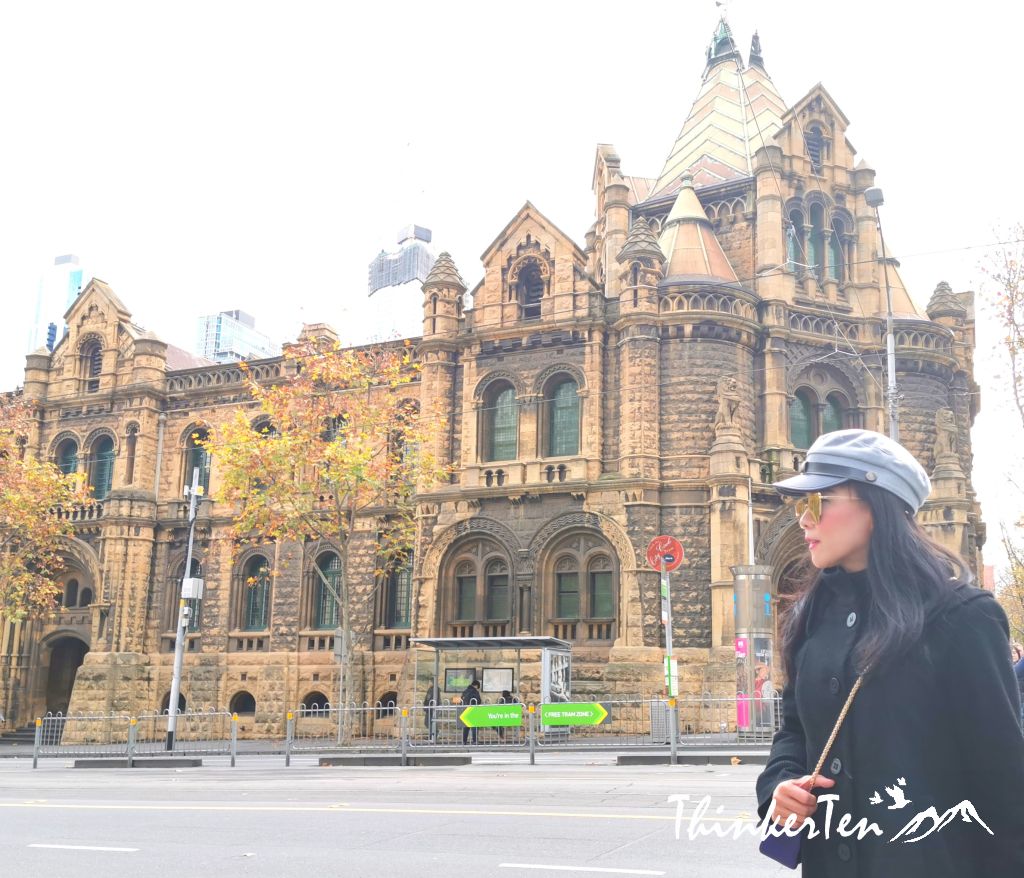 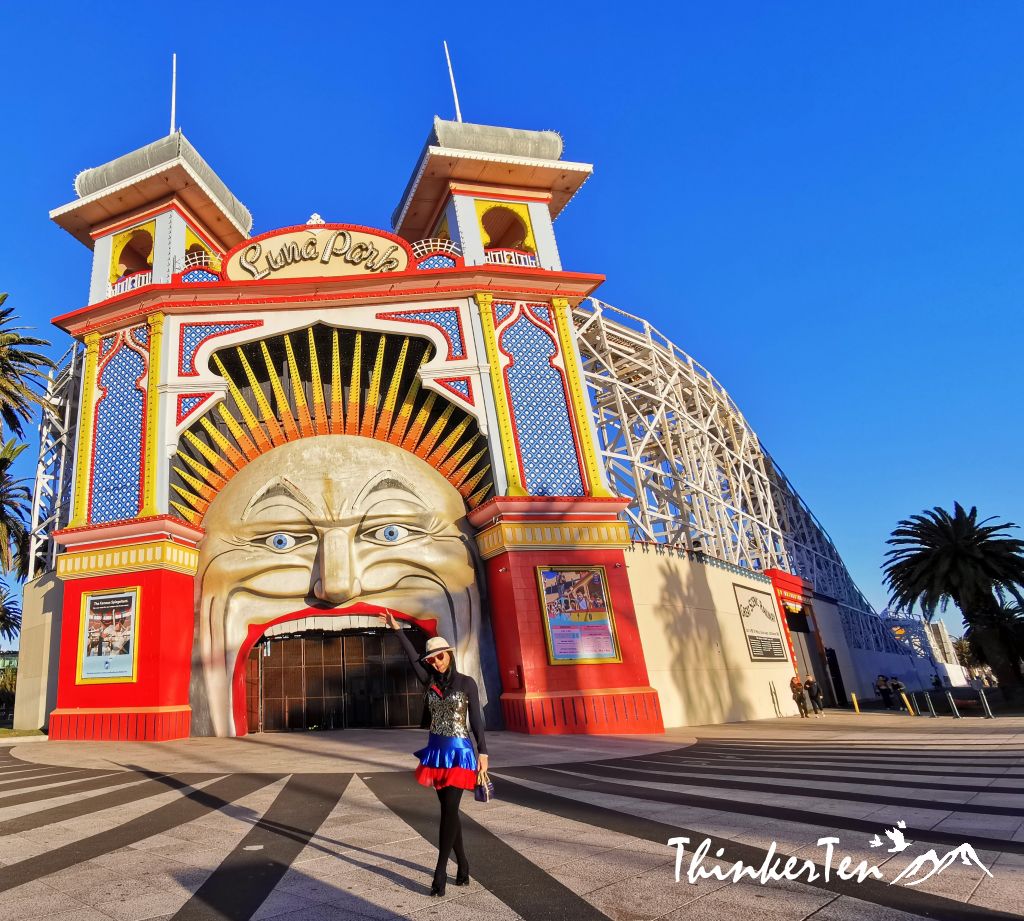 The Werribee Open Range Zoo sits outskirts of Melbourne and you got to see animals running around in the open space.  You will be traveling on the safari bus, included when you purchase the entry ticket.

There are several activities to do in Old Town Sovereign Hill such as gold panning.  I was lucky to see running around in this area in the old fashioned clothes as they are attending the customed school in Sovereign Hill.   I thought I was stepping back in time. 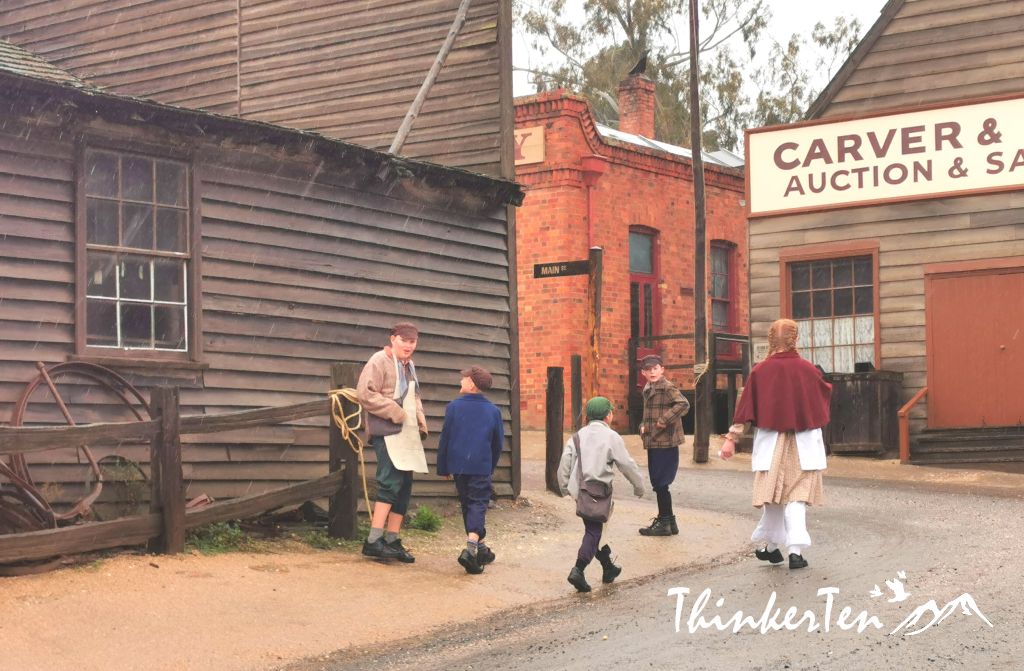 You can’t stay in the bathing boxes but make a great backdrop for photo-taking and I am sure you have seen it before in social media.  There are many of them and all line up neatly each with individual artwork and colors.  These bathing boxes are not cheap and the recent one sold at AUD 200k and above.  The bathing boxes do not have electricity and water so you cannot live there, only to put some beach equipment, picnic chairs, tables, and some fishing rods. 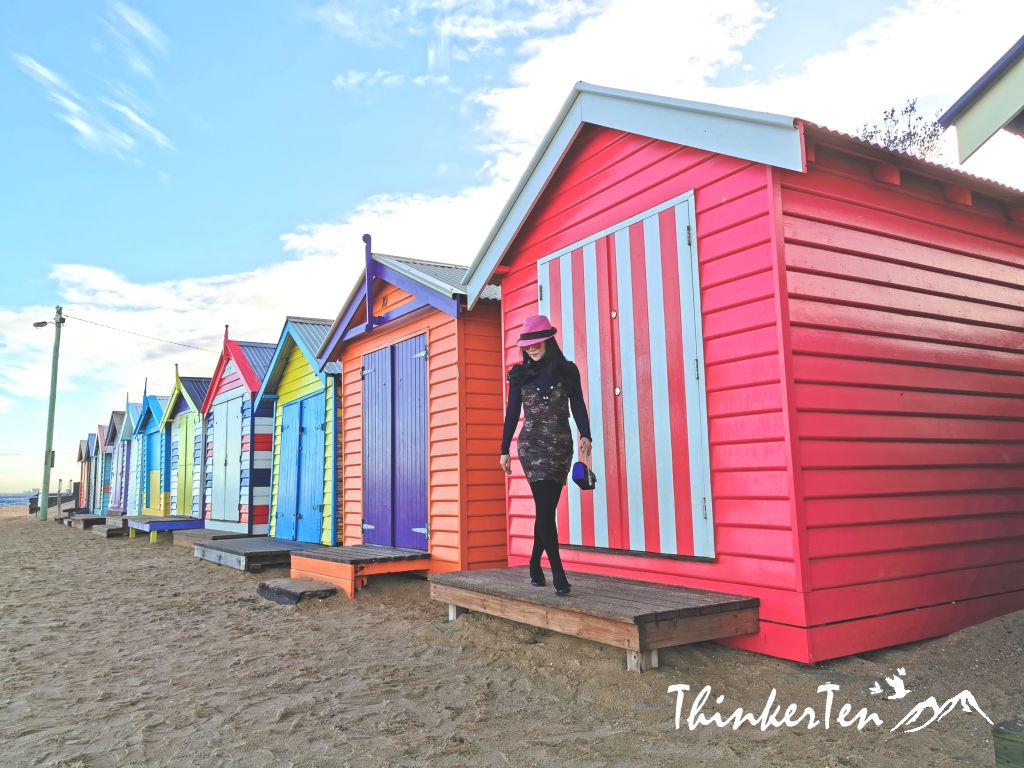 24. The University of Melbourne

The University of Melbourne is one of the most beautiful universities in Australia, very close to the city so if you are visiting Melbourne, why not include Melbourne University and have some great pictures taken for your IG account. 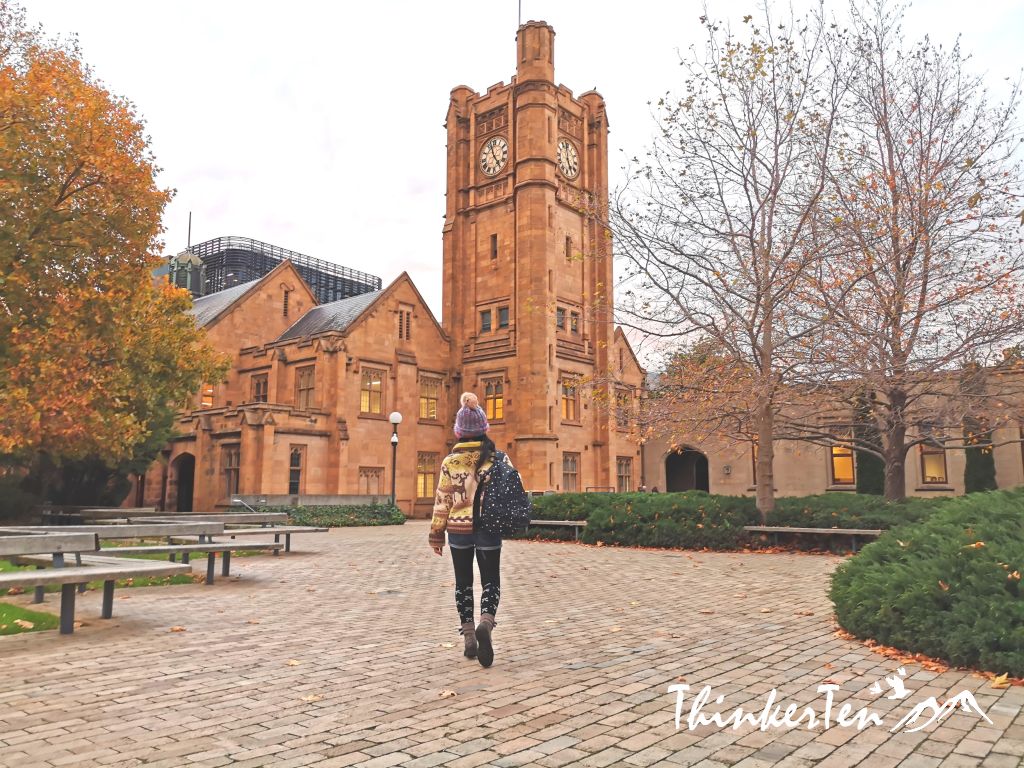 Marriners Lookout is a hidden gem in Apollo Bay, you need to do a little hike up the hill, only 5 mins walk and you will be greeted with a breathtaking view overlooking Apollo Bay neighborhood.  If you are lucky, you will see paragliding take off from here as it is the base to start their flying. 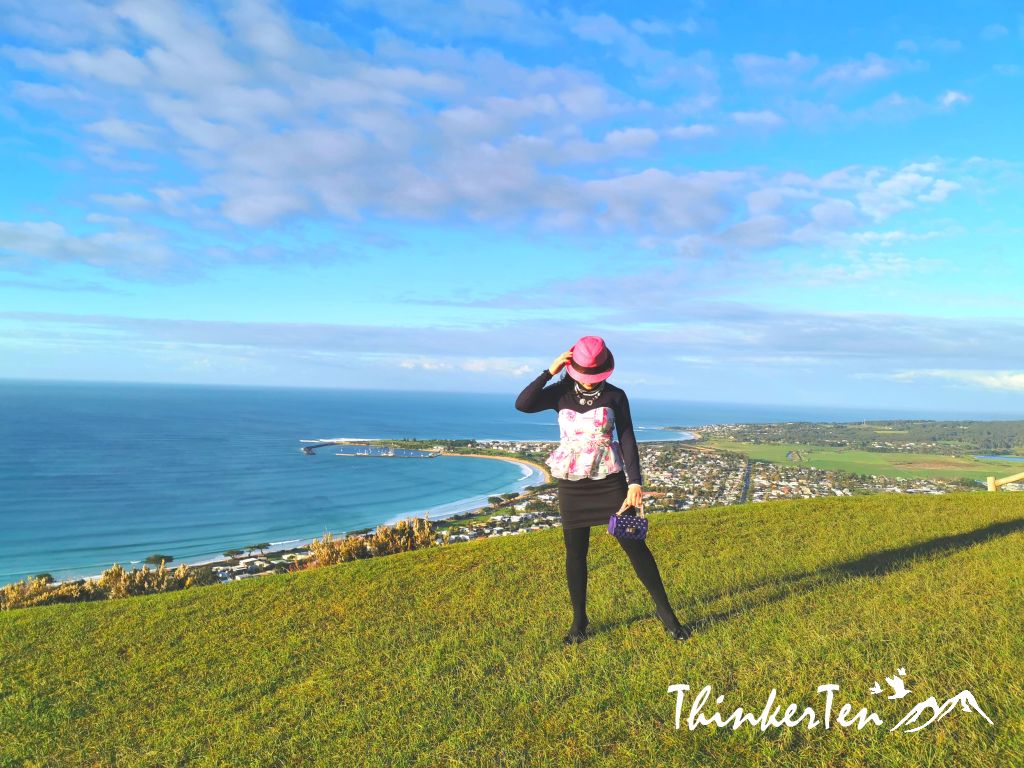 Sit between Lorne and Apollo Bay, Kennett River Koala Walk is the great spot to look for wild koalas, it was said there are thousands of them living in this area.  It was truly a great experience to interact with the wild animals (birds), the koalas won’t come near you as they will be having their beauty nap high up the gum trees.

How many days do you need in Melbourne?  Well, it depends.  If you are in a rush, then minimum of 5 days 4 Nights.  For the Great Ocean Road trip, it is not advisable to do it in a day as it will be very rush, especially if you are doing your own driving.  Yes, you can still do it in a day if you are booking a day trip from Melbourne and that day will allow you to rest in the car or minibus as you don’t need to drive.

Disclaimer:  All pictures are taken by Thinkerten.com

So many great suggestions here! Hope to visit one day!

You have put together such a great city guide here! So many gear ideas and I’m loving these pics!!

Very informative article with beautiful pictures. Thanks for sharing.

I love that you included a snippet of the outskirt as well. I’ve been meaning to look into Melbourne with the family.

This place is full of events and places to see. The architecture and the landscape is mesmerizing. I would love to spend a loooong vocation there.