Barcelona is a lovely city and you can spend days exploring. From jaw-dropping architecture, great Mediterranean hospitality to delicious tapas, I have lots of love for this vibrant and stunning city.  Check out the things to look at in Barcelona. 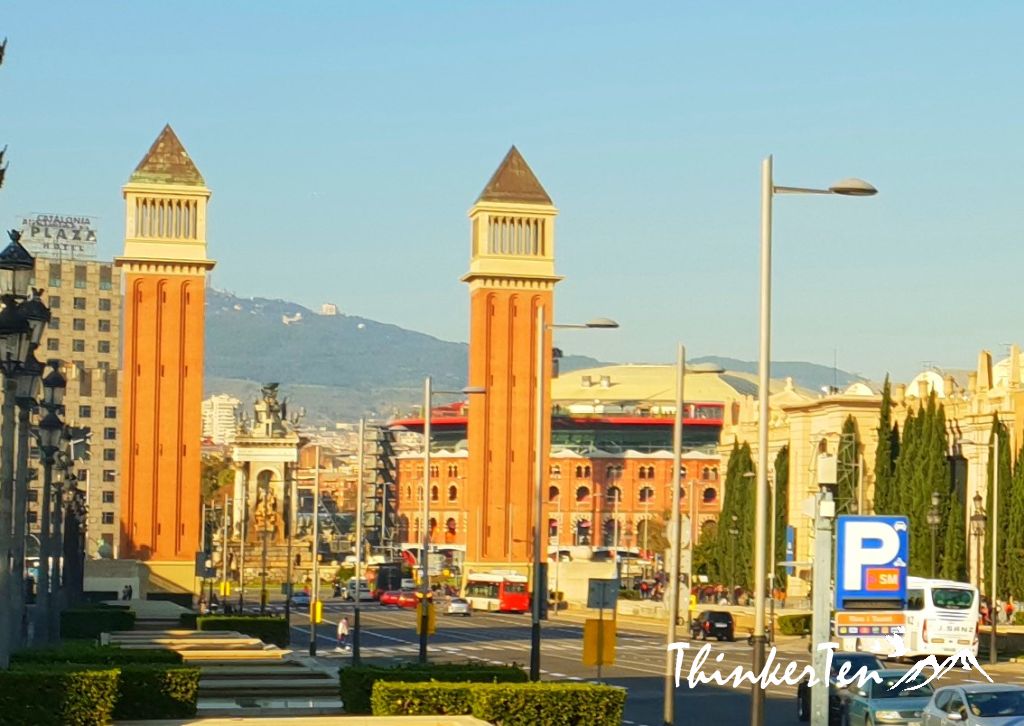 Les Ramblas is the landmark for Barcelona city and it is a large boulevard that runs through the heart of the city center. Joan Miro’s circular tile work, crafted by the artist himself right on the street is one of the must-sees when you are in Les Ramblas. 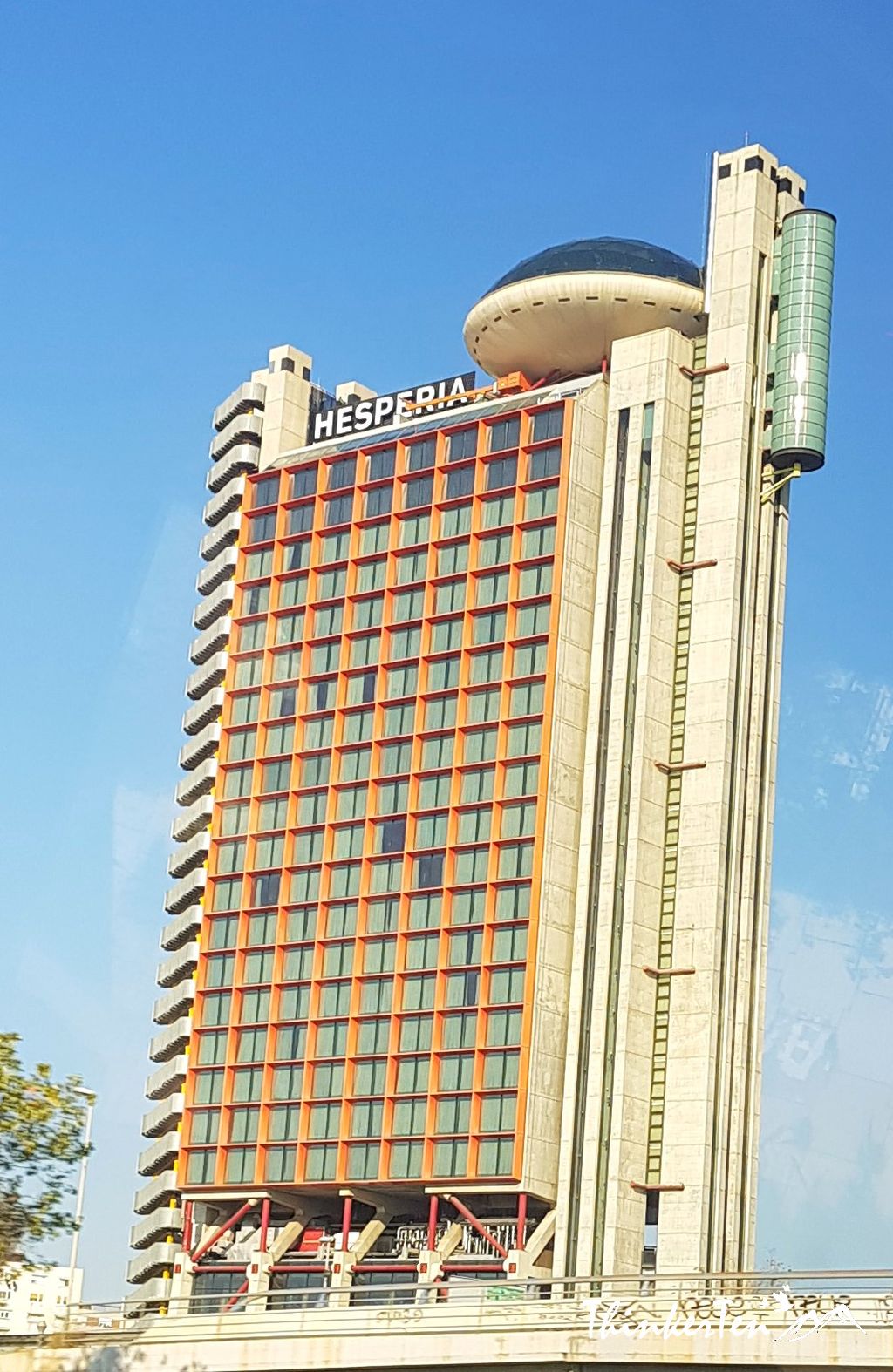 The outer look is bullring but now it is a shopping center with a good selection of restaurants and viewing platforms on top. This bullring was the second of 3 bullfighting rings built in Barcelona. Due to the decline of bullfighting business in Barcelona, the arena turned into a shopping center and entertainment complex. Glad that the original facade is well maintained and topped by a high dome and circular roof terrace. You should go up the rooftop to check out the unique feature.  Bullfight is ban in the Catalan region, Barcelona.

3. Monument Fountain in The Plaça Espanya

This is one of the iconic images of Barcelona which has several interesting sculptures. Designed by one of Gaudi’s main associates, Josep Maria Jujol. 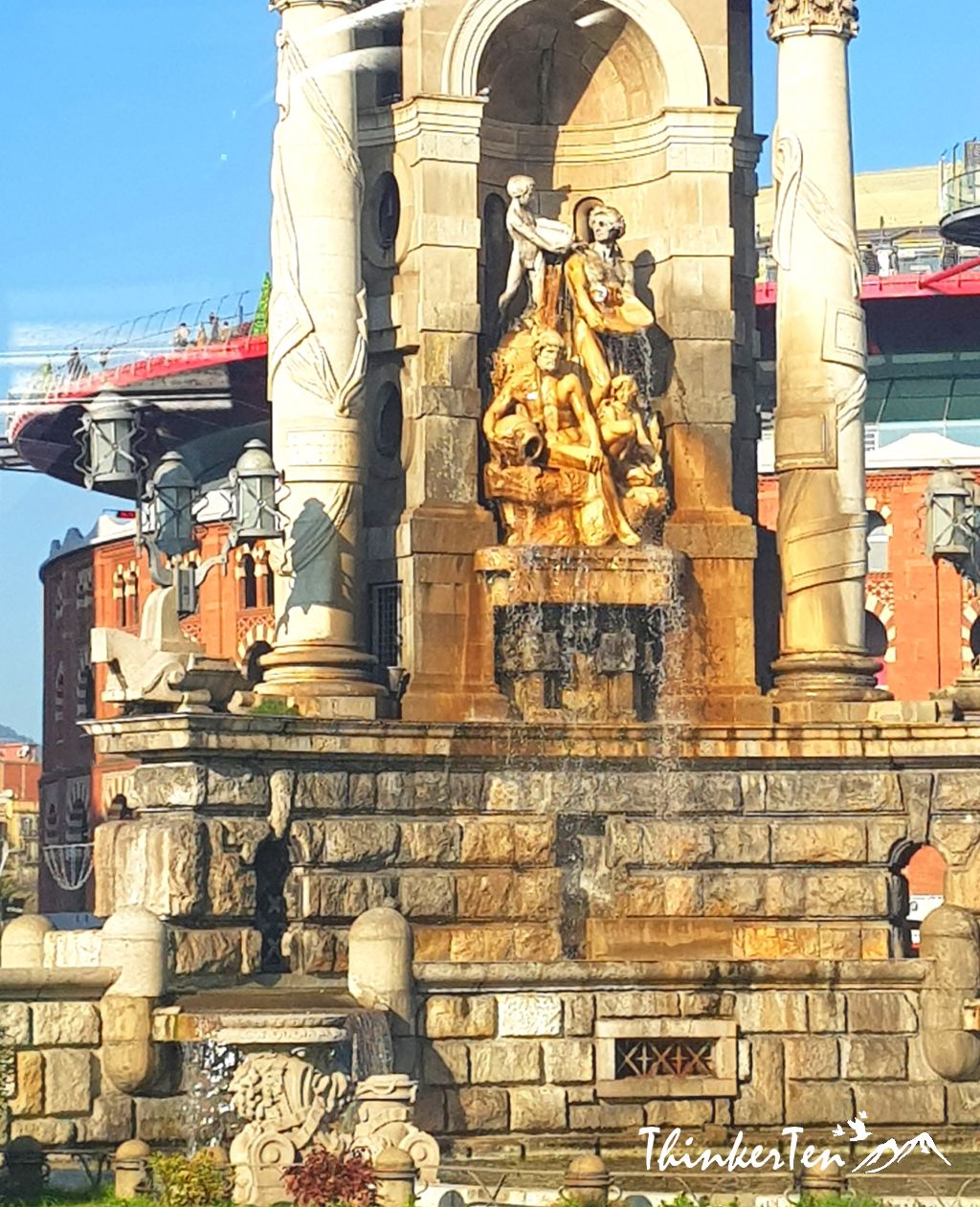 This is one of the biggest exhibition centers in Europe, designed by the Japanese architect Toyo Ito. Lots of trade shows held here yearly. 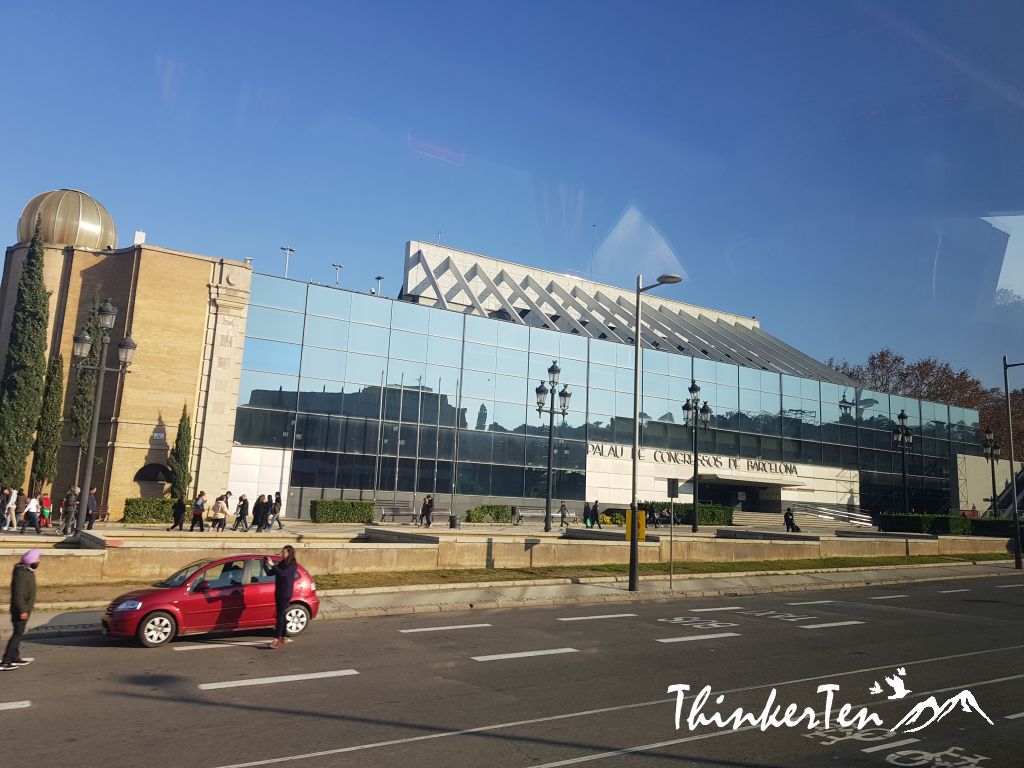 I have done a separate post on Montjuïc, an important hill overlooking Barcelona city. The meaning of Montjuïc is Jewish Mountain. The grand building at the backdrop is Plaça España and is also known as MNAC, a museum that has the largest collection of Catalan art in the world. 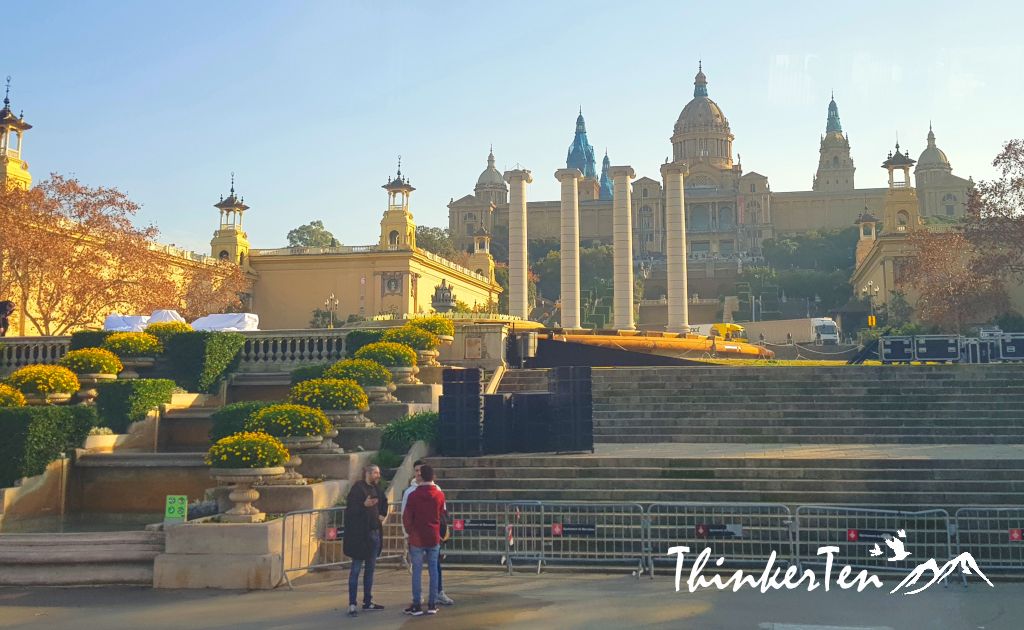 You need to know there are two cable cars in Barcelona, the Montjuïc Cable Car and the Port Cable Car. Choose Montjuïc cable car which goes up the famous hill and get panoramic vies of Barcelona.

Columbus monument towering 60 metres into the air, super high and there is a lift running through the center of the tower that takes you to the top where you will have the panoramic view of the city.  The monument is placed at the site where Christopher Columbus arrived in 1493 after his discovery of America the year before. 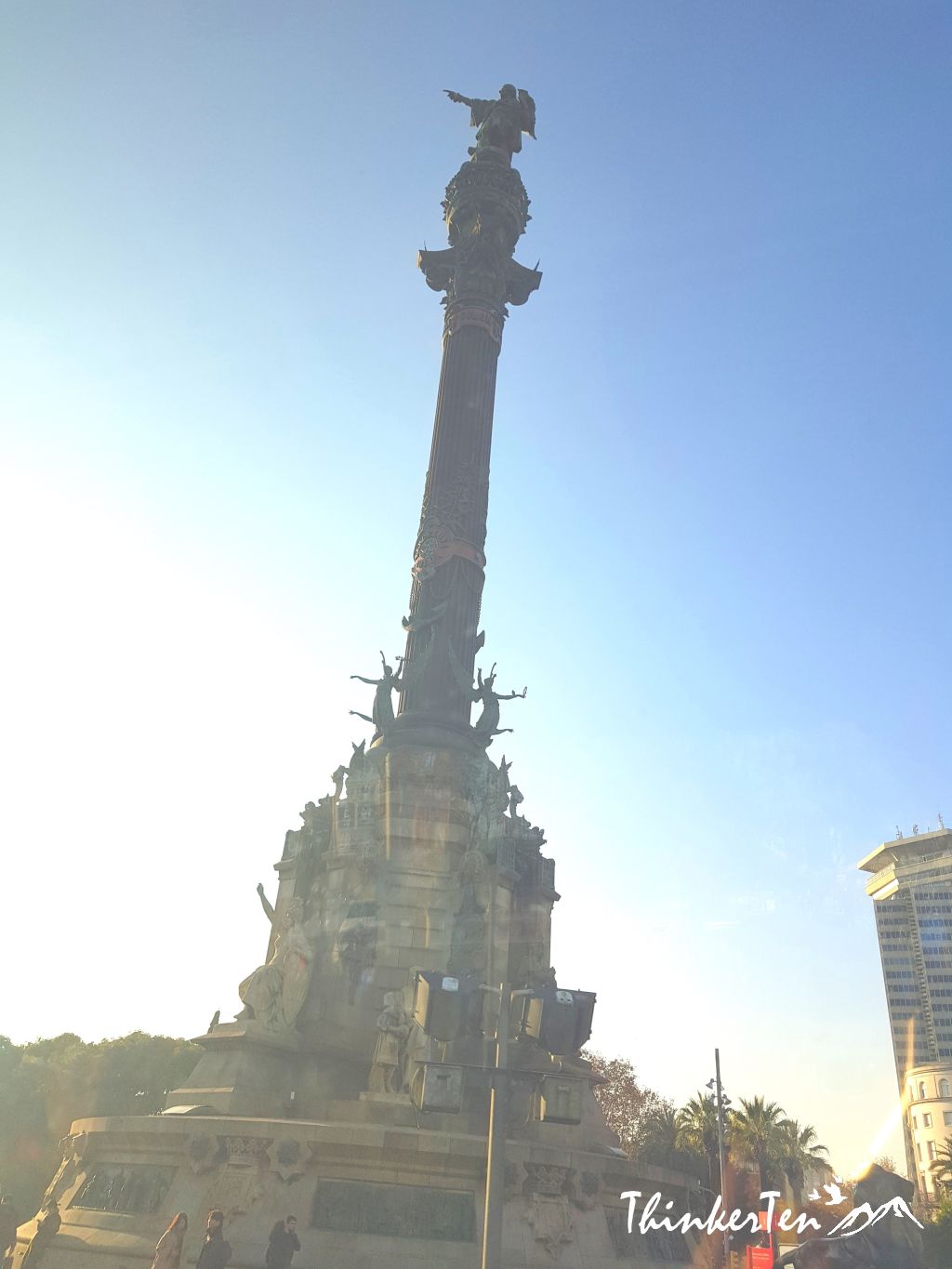 The Port Olímpic is a nice marina located in the east of the Port of Barcelona. 1992 Summer Olympics sailing events held here.

This huge brick edifice was built in the 1880s as a storage depot for goods arriving from the port. Now the building houses a museum (Catalan History Museum) with a rooftop restaurant. 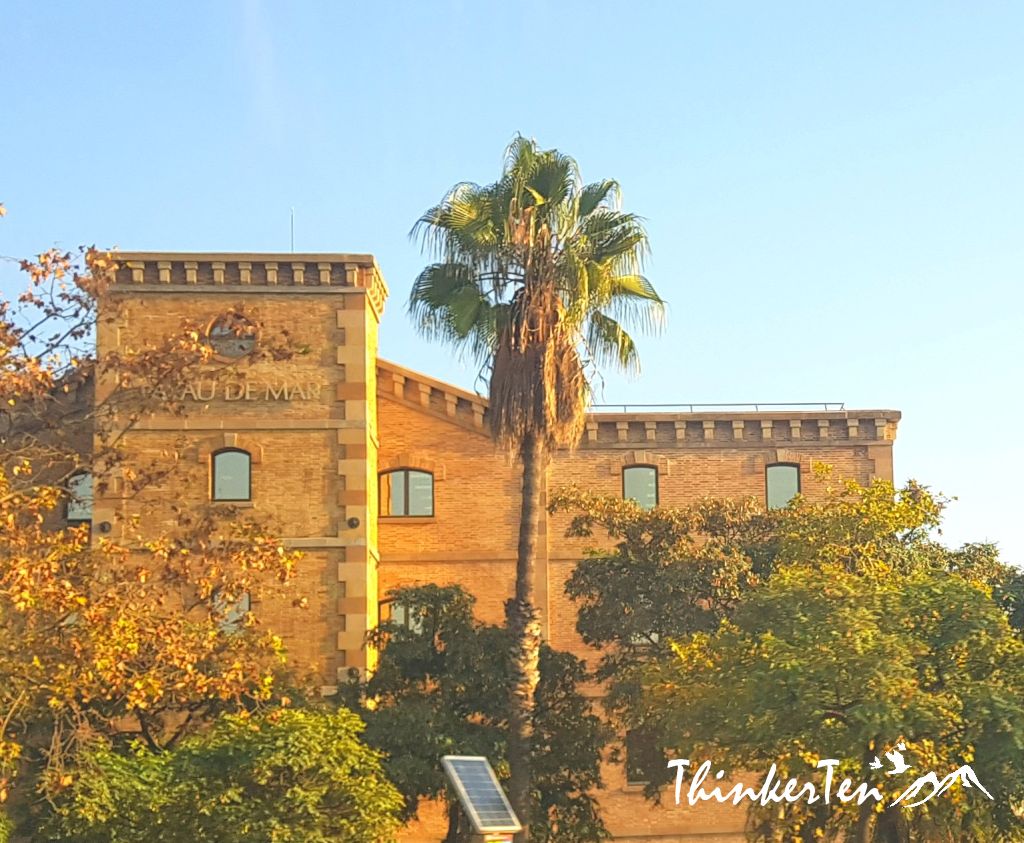 El Corte Inglés Department Store offers almost everything in one roof. Also one of the biggest department store group in Spain. There is one at Plaça de Catalunya, also the largest. 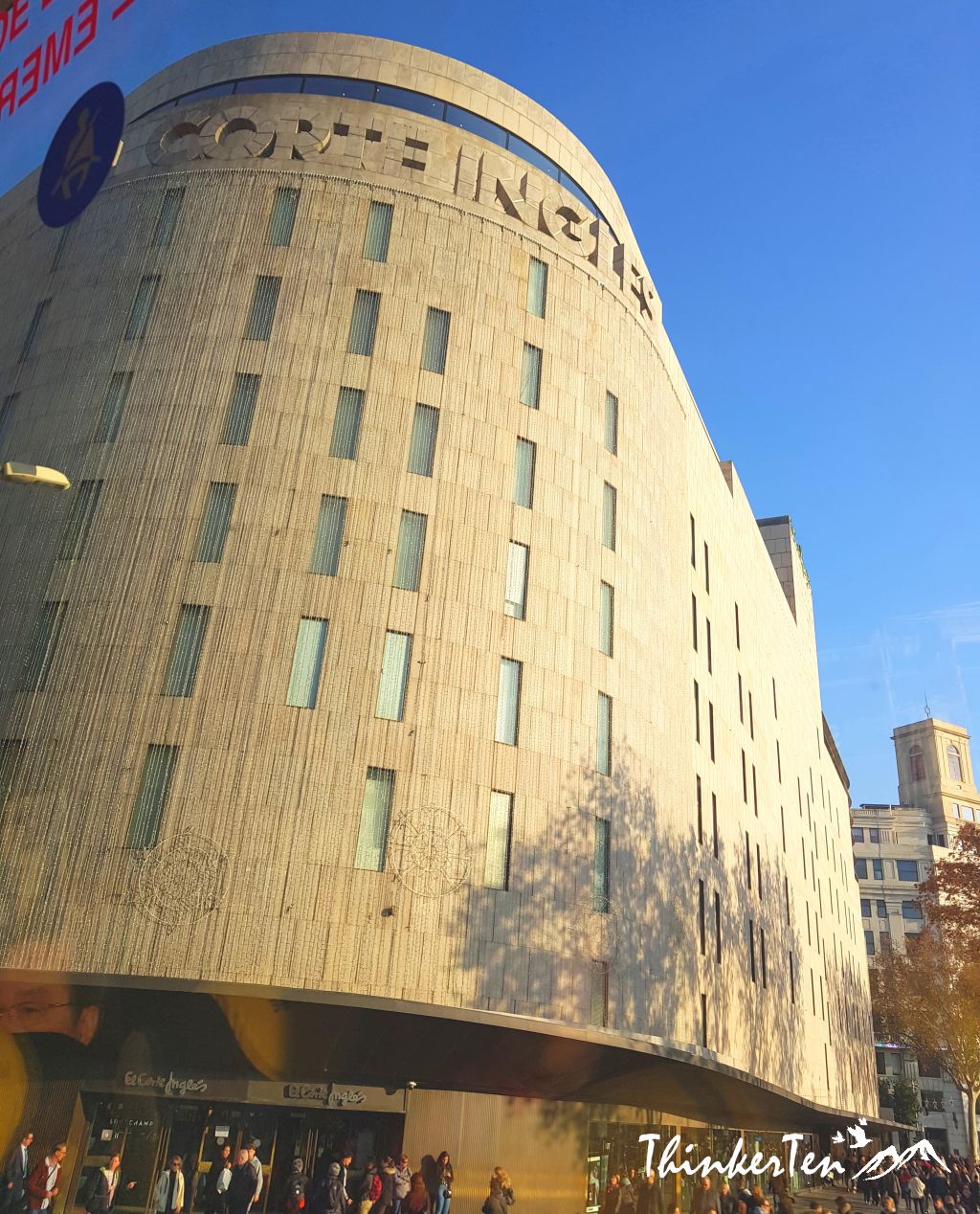 In English, it means “Catalonia Square”, a large square in central Barcelona. It is a popular meeting point which connects the old city with the new and is famous for its shopping, monuments and festival celebrations.
The University of Barcelona is located near Plaça de Catalunya (2 mins walk), in case you have a special interest like me to visit the University. 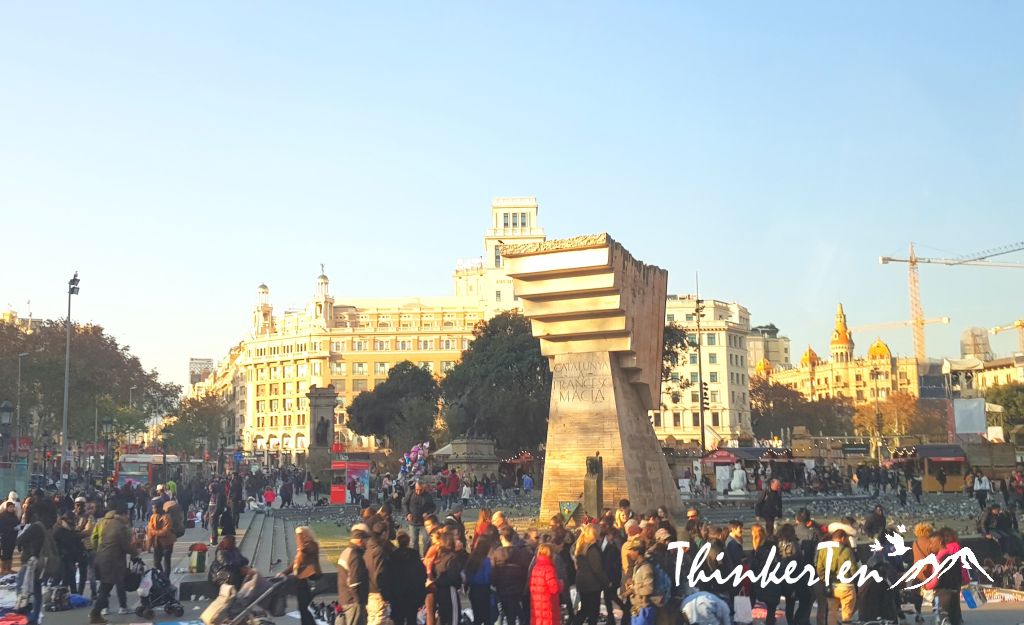 Puig i Cadafalch used what has been described as an urban gothic design for the Amatller house with a flat facade and a central interior patio with stairs that gave access to the main apartment, even though there were 20 flats in the building. 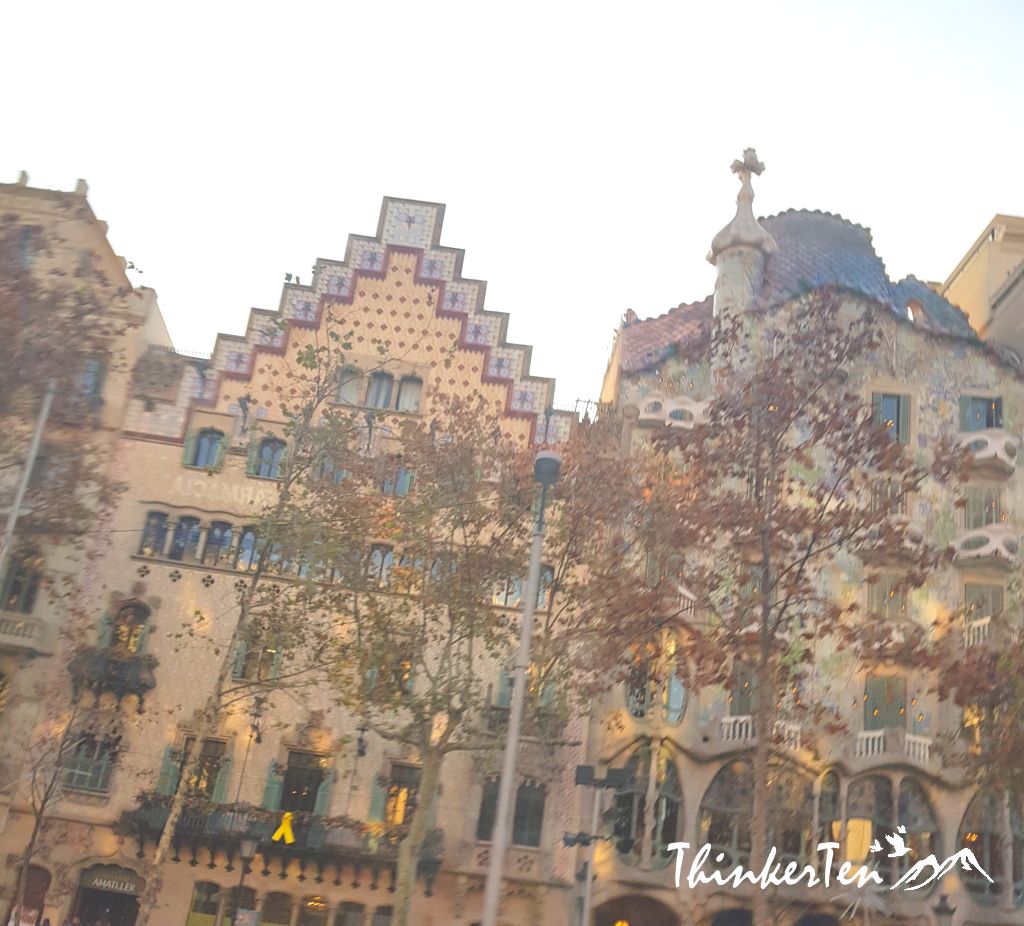 Next to Casa Amatller, is Casa Batllo – another masterpiece of Antoni Gaudi. But this one is a universe of symbolism, a canvas of marine inspiration, you see blue color on the outer wall of the building. The entire facade tiles with a mosaic composed of pieces of glass and ceramic discs, giving an undulating surface. It was nicknamed as “House of Bones” because the balconies at the lower floors have bone-like pillar and those on the upper floors look like pieces of skulls. You will not see straight lines in this building as he has a special love for curves. 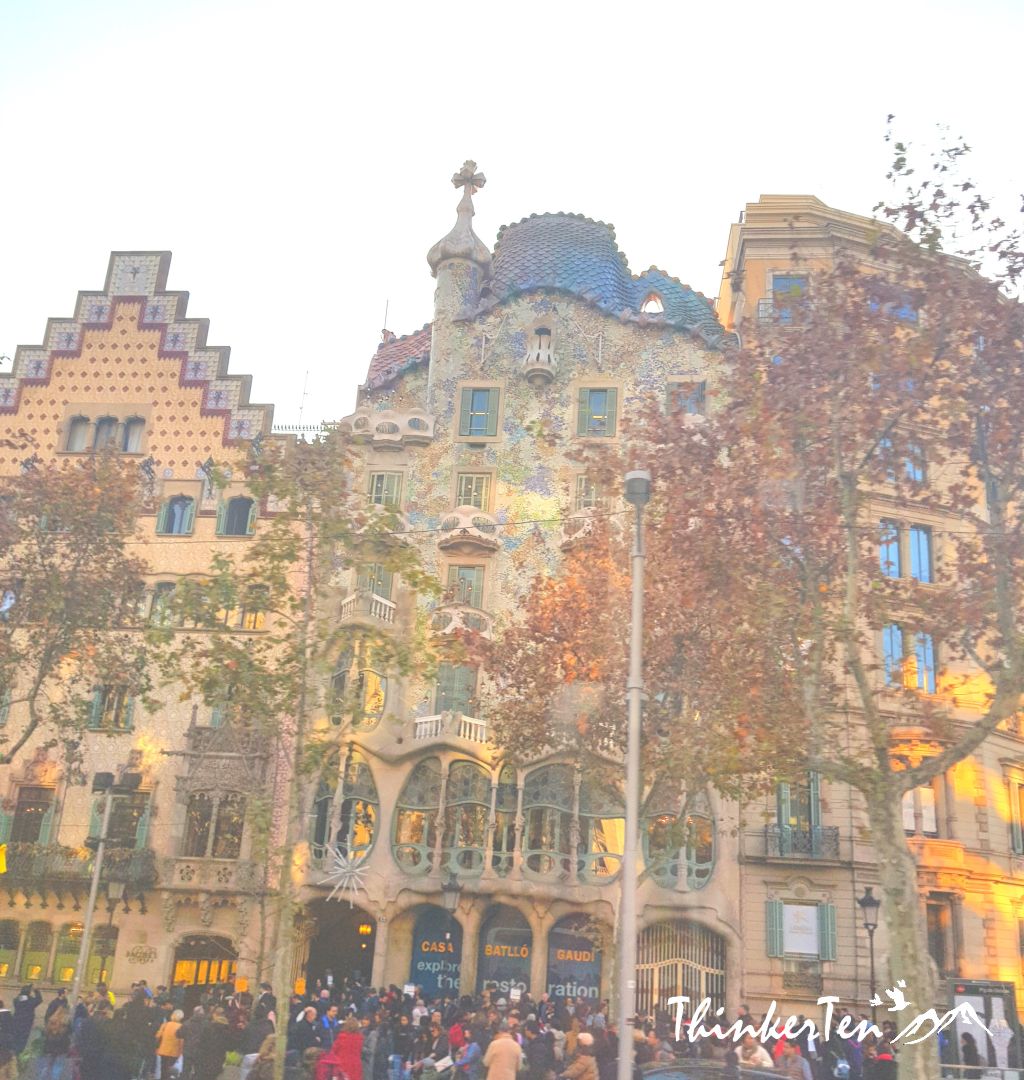 Casa Mila is the last private residence designed by architect Antoni Gaudi and was built between 1906 and 1912. It is also known as La Pedrera, one of the unusual building with Gaudi’s signature style. The view from the roof is amazing and the interior is pretty insane. Always a long queue.

Barcelona is a fun and energetic cities in the world. I love the food, the architectures and the arts here. 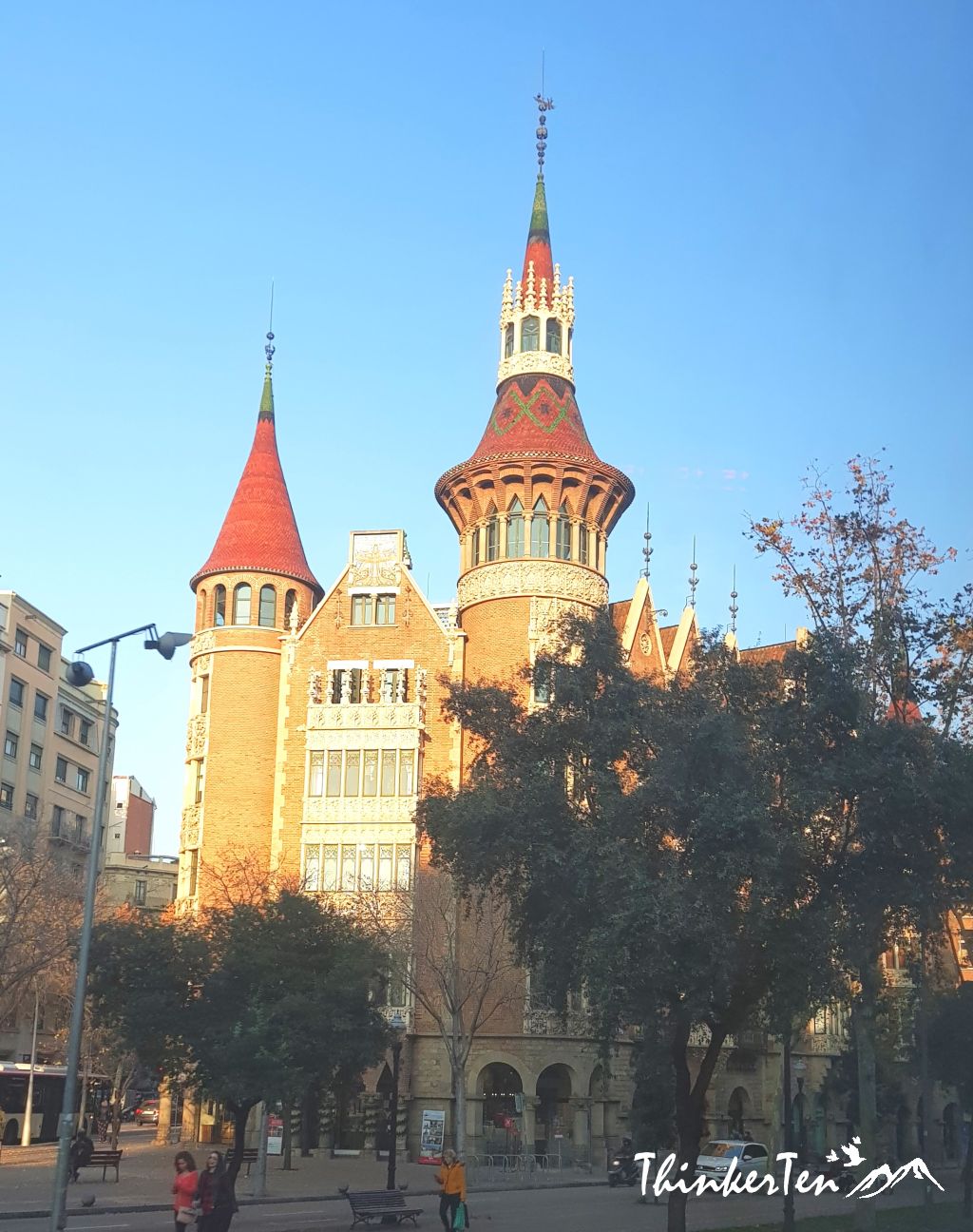 Barcelona is such a gorgeous city. We visited on our last trip to Europe, and we were all blown away by it.

Definitely on my bucket list to visit one day. I need a vacation in a bad way!!

I have been 2 times to Barcelona yet I have to go back because I still miss a lot of things to see!

I have never been to Barcelona but this one of my dream place to visit. Such a historical and beautiful, I am just hoping to see this place someday!

I want to visit Barcelona so much! Along with Madrid and San Sebastian. I’ve heard so many good things about food options and hope that I get a chance to experience! Thanks for sharing all these aspects of somewhere I hope to get to!

Barcelona is stunning city i plan to visit in future

Barcelona is on my bucket list, I can’t wait to visit some day. It looks to be such a beautiful place with so much cultural history!

Wow, Barcelona is GORGEOUS. It kinda reminds me of Vegas a bit, but I absolutely don’t know why.

I have not been to Barcelona so looking at your photos, made me feel like I was there in person. It is such a beautiful city full of character

What an incredible experience. The city looks amazing and we would love to visit!

It’s such a wonderful city. I’m in laws went for two weeks and I was so jealous.