Aswan is an ancient city located in the southern part of Egypt. For centuries, it was the gateway to Africa and the lands of Nubia. Aswan is only 130km south of Luxor, our river Nile Cruise starts sailing from Luxor and ends at Aswan. The total nights spent on the cruise was 4 days 3 nights, in the middle, we stopped at Edfu and Kom Ombo. 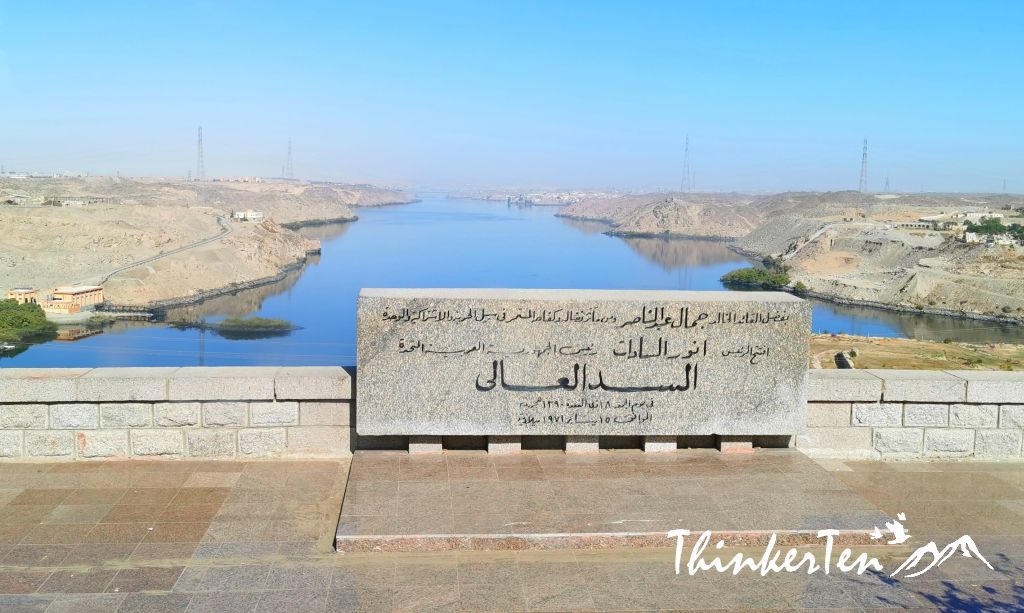 On the way to Philae Temple, we passed by Aswan High Dam and stopped to take a few pictures. The dam is pretty impressive considering it was built in the countryside. Russian helped to build the dam here in order to control the floor or dry seasons in the river Nile. As you know, flooding of the Nile occurs annually and this has put flooding to an end.  The Aswan High Dam is important for the people in Egypt and the engineering work looks stunning.  It may be a little bit boring for some as it’s only water in the reservoir.  We only spent about 20 mins, it was super hot as there are no shades at all. 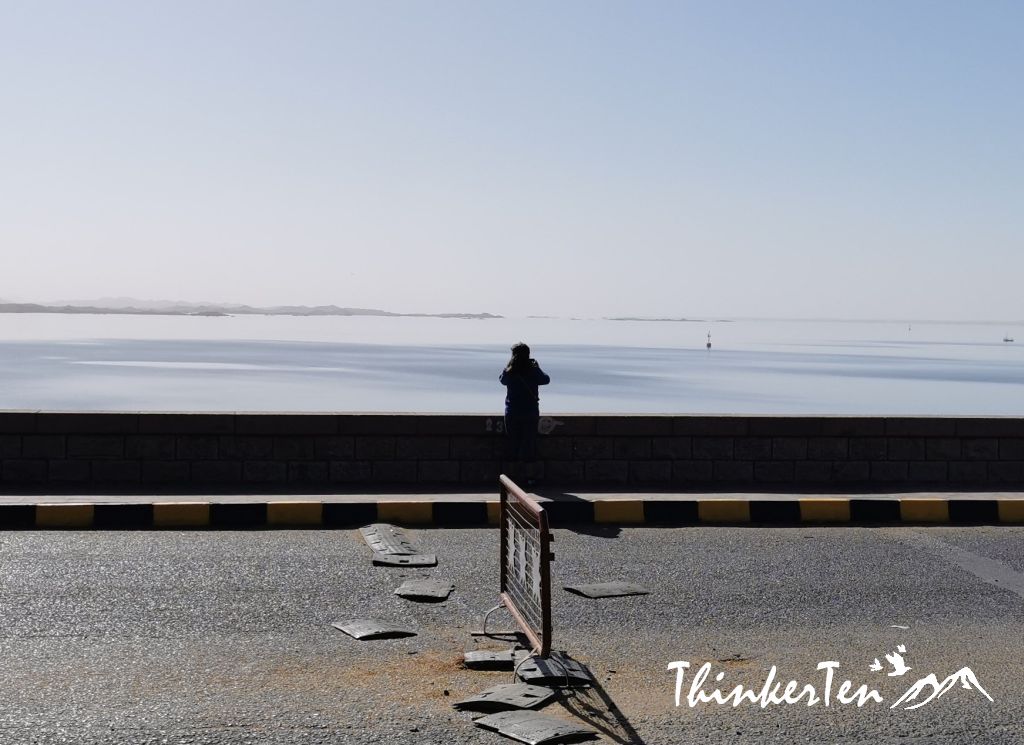 The Nile River was the source of life for the ancient Egyptians so traveling on the boats is a common daily lifestyle here. To get to Philae Temple, we need to catch a boat taxi. There are plenty of boats waiting to pick up the tourists, you can arrange the price with them, ask them to wait for you and send you back to Aswan. 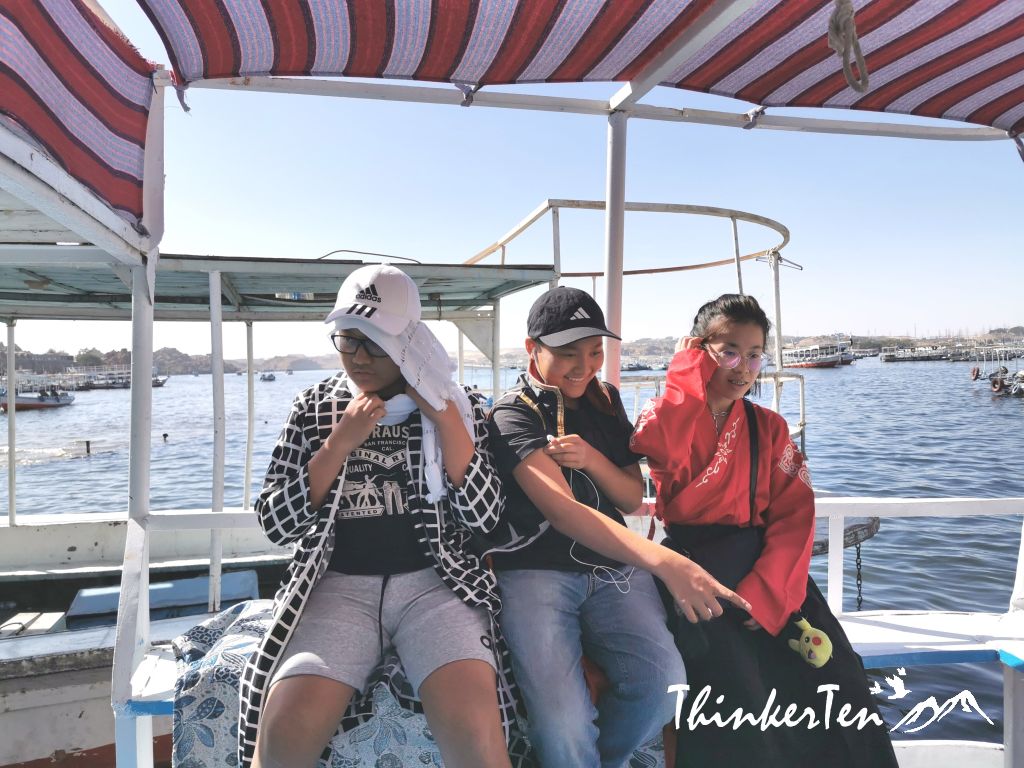 The boat journey only took about 20 mins.

With most of the other temples of Ancient Egypt in desert settings but Philae temple has something special to offer, it has a pleasant view of the water. 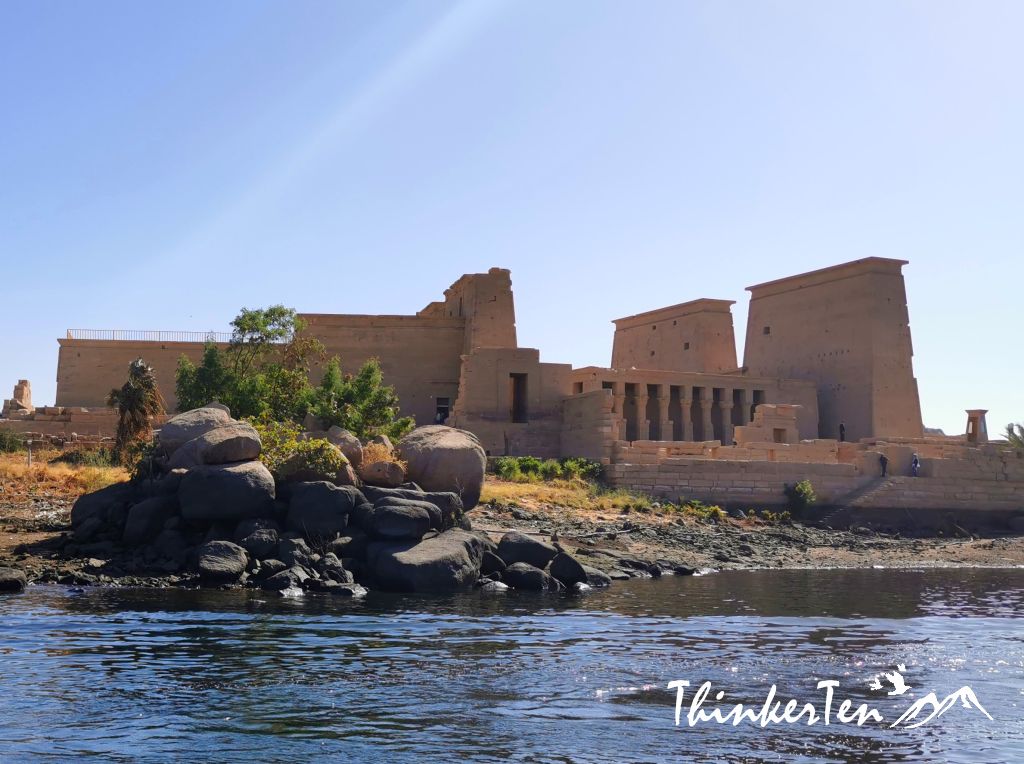 Why Philae Temple was built?

Philae Temple was built to honor goddess Isis. She was the wife of Osiris and they had a son called Horus, the falcon-headed god. We visited the Temple of Horus in Edfu just 2 days ago. Philae temple also called Temple of Isis and it was the last temple built in the classical Egyptian style. 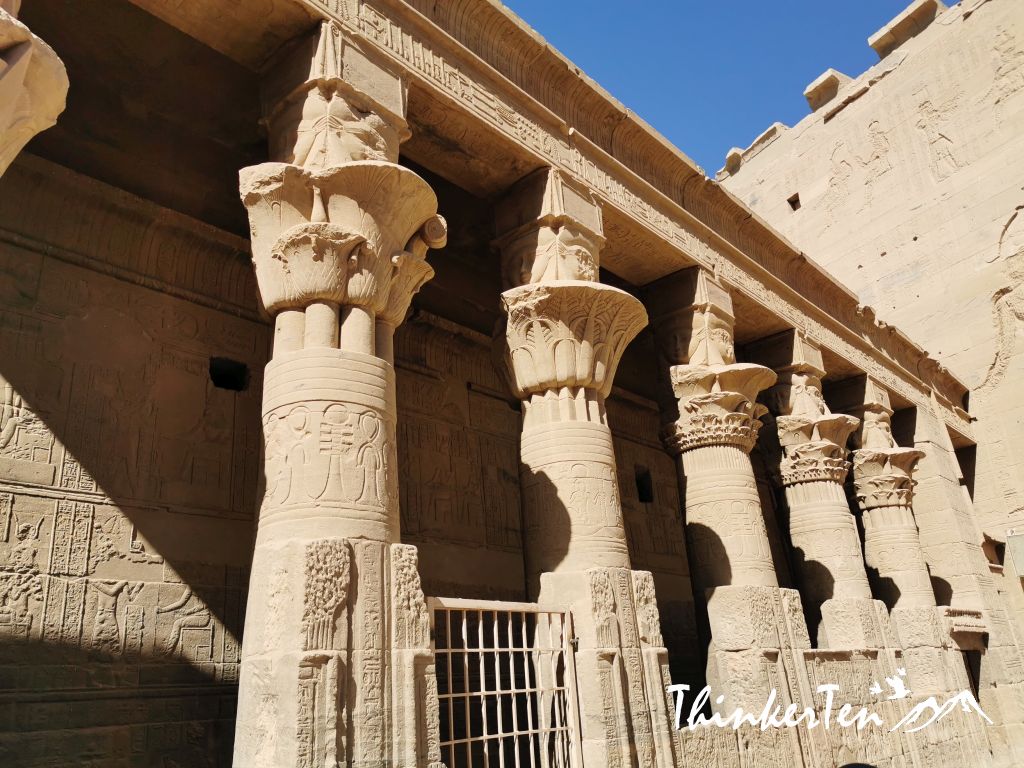 Let’s find out more about the goddess of Isis

According to Egyptian mythology, Isis protected women and children and healed the sick. The symbols used to represent Isis include the moon disk, cow horns, wings, and kite hawk, and sycamore trees. Temples to Isis became common in the Roman times and a temple built to her at Philae. 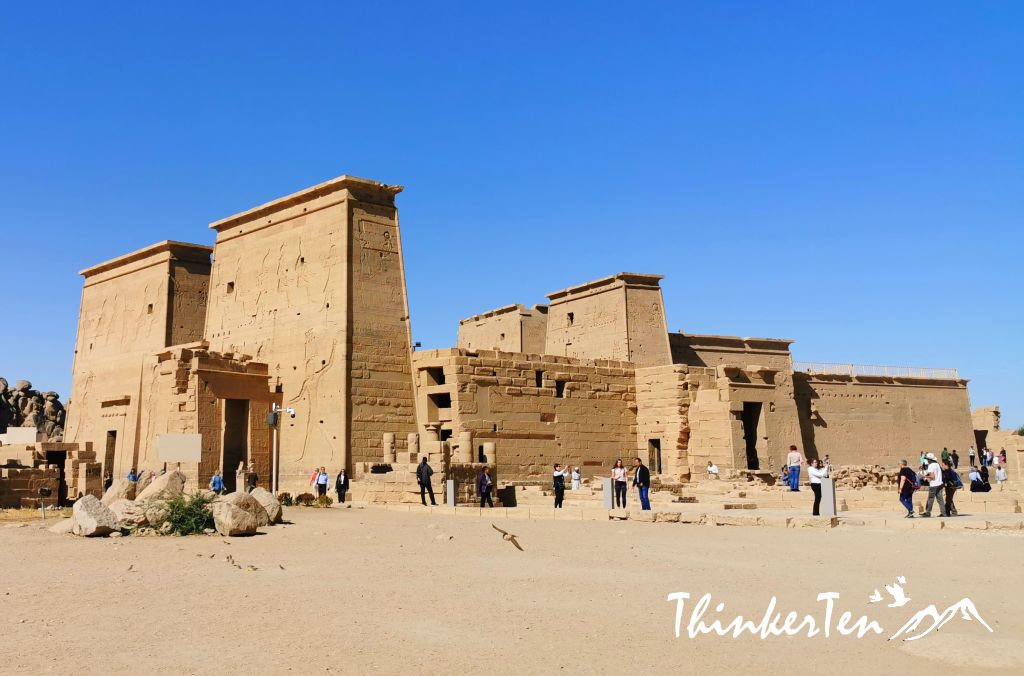 Similar to many of the Egyptian temples, it has pylons that are large gates of temple, inner court, and Hypostyle Hall. The temple was built in the architecture style of the new Kingdom with some elements of the Greco-Roman period. Of course, you will also see the tall columns too. And if you look up at the top column, you will recognize the form of Lotus and papyrus style. 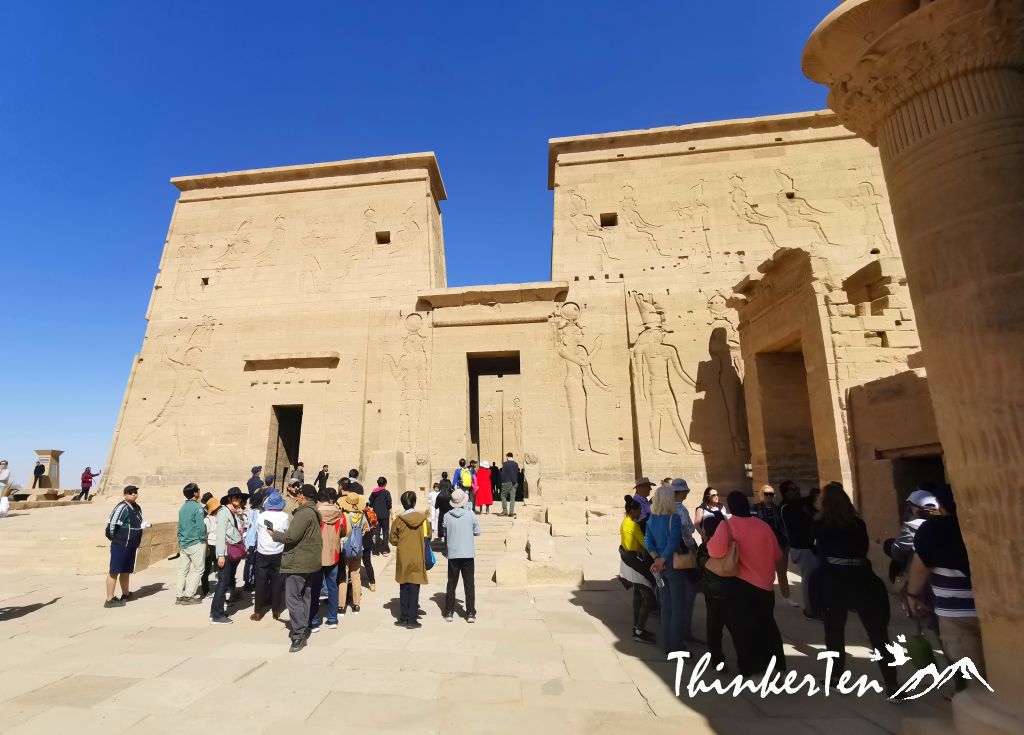 Philae temple has been moved because of the flood from the river Nile. Unesco started a rescue mission to save this temple to higher ground.  First, the monuments were cleaned, measured and dismantled into 40,000 units. Stones by stones it was moved and put back just like the lego.  Thanks to the big effort, we are able to enjoy this piece of treasure now. 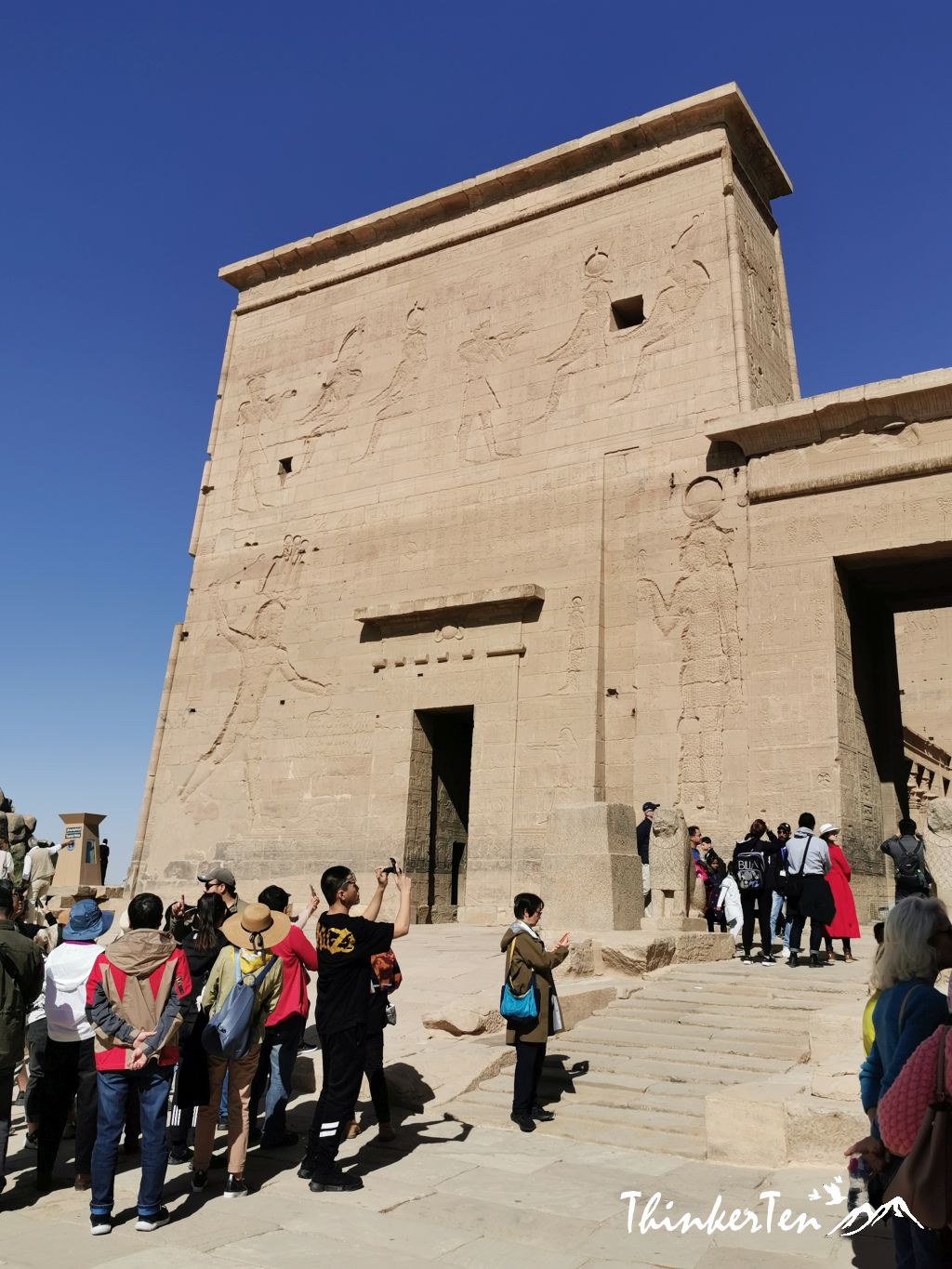 Large carvings of gods of Ancient Egypt were inscribed on the facade at the entrance, telling the stories of this ancient civilization.

Carved images of the god Horus, the falcon-headed god and Hathor can also be seen at the wall. (below) 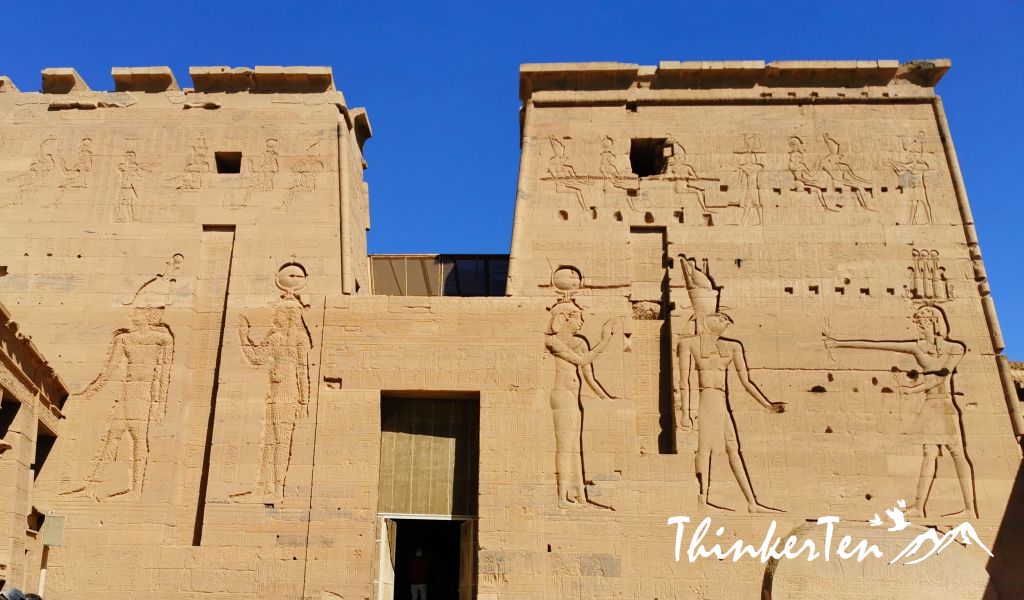 Many of the images of the face are erased or destroyed by the Coptic Christian as it was once used as a church. 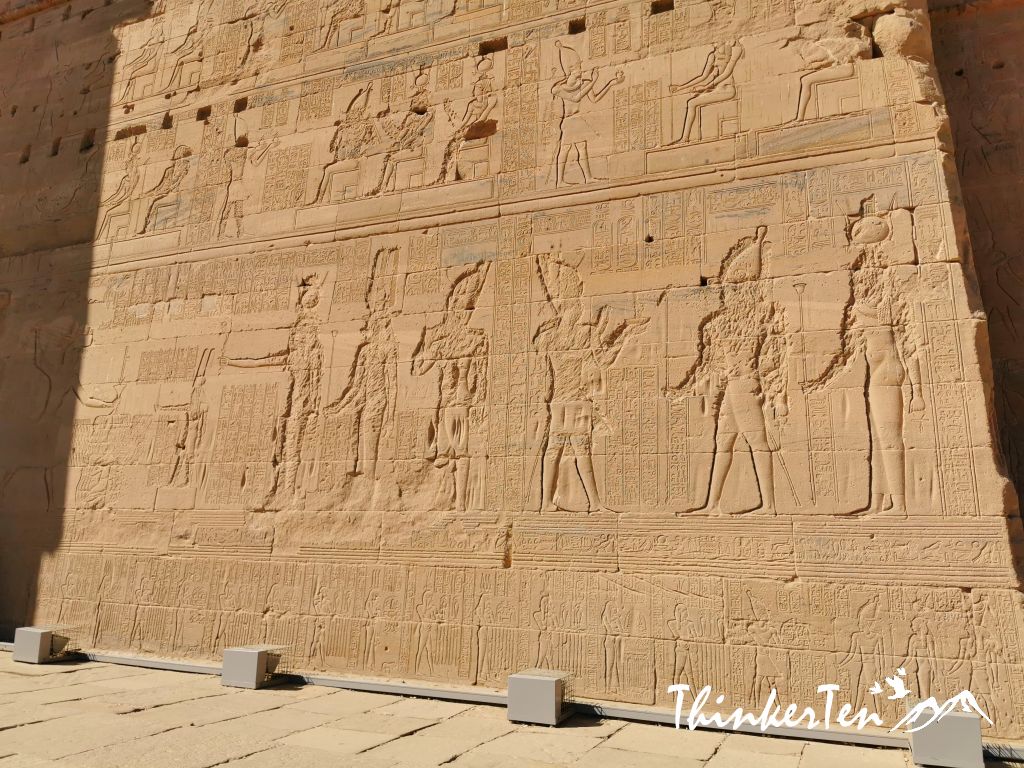 Lots of hieroglyphics are carved on the wall, this is common when you traveling in Egypt visiting temples ruins, but there is something special about the ones at Philae. There were the last to be written by the Ancient Egyptians.  You can spend an hour just admiring the hieroglyphic reliefs on the walls.

The Temple of Hathor at Philae 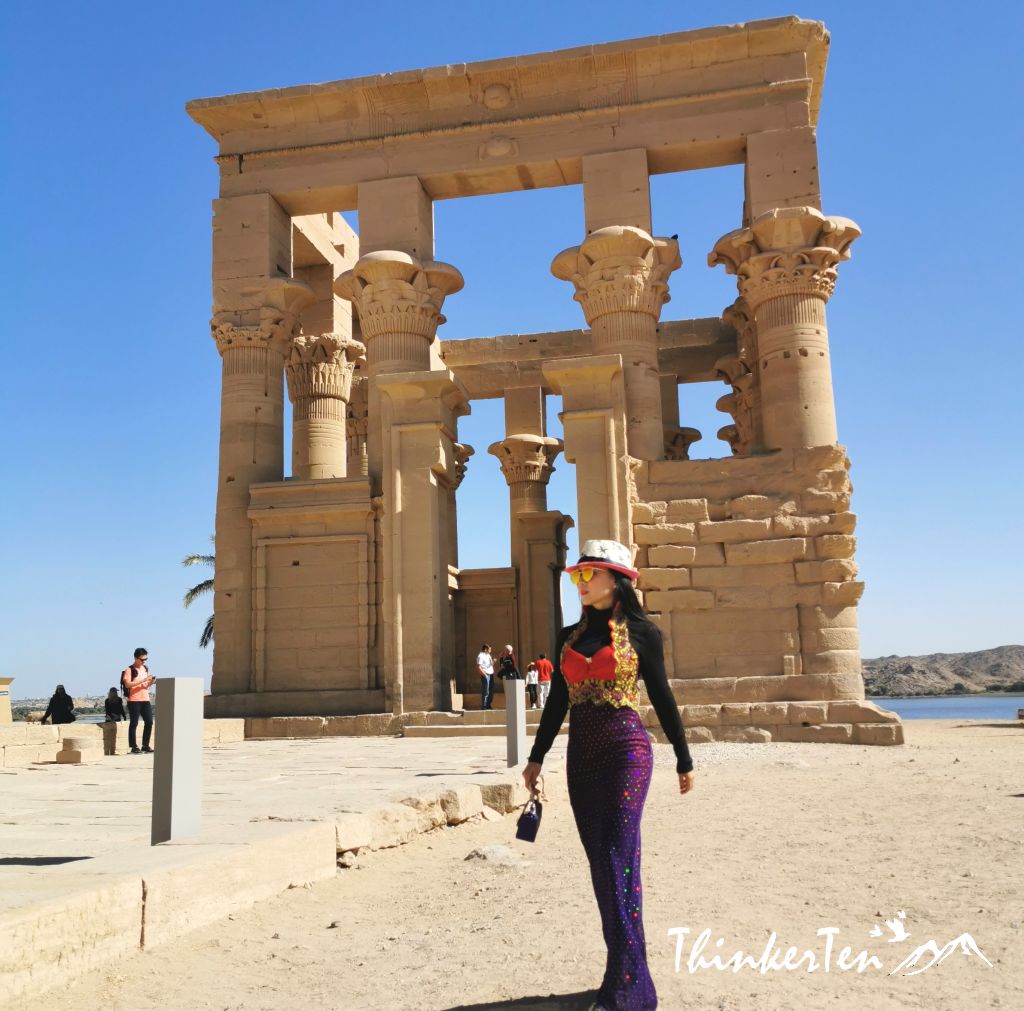 Musicians at the temple of Hathor playing the instrument. 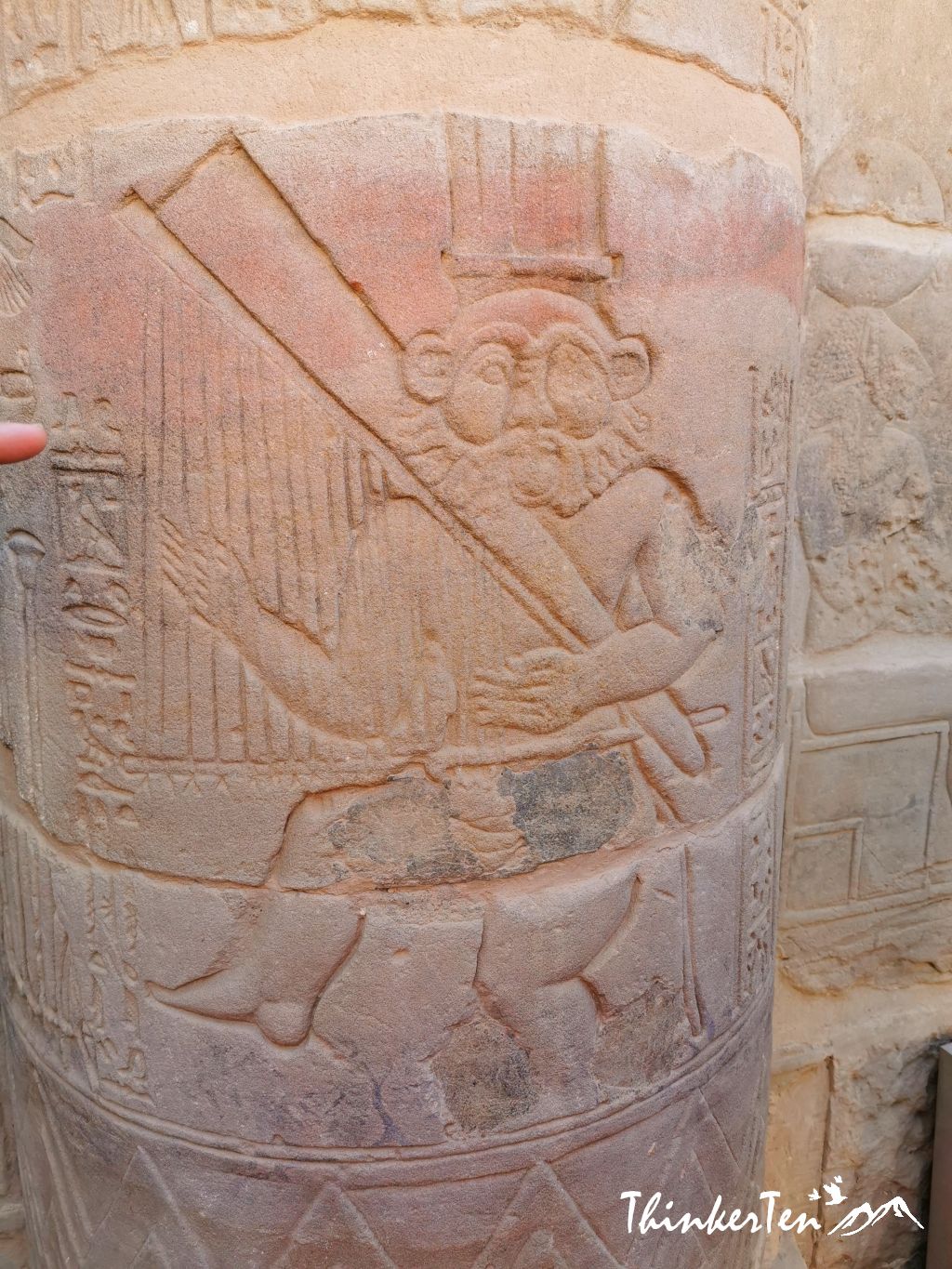 Before we leave the temple, we saw locals praying on the floor. 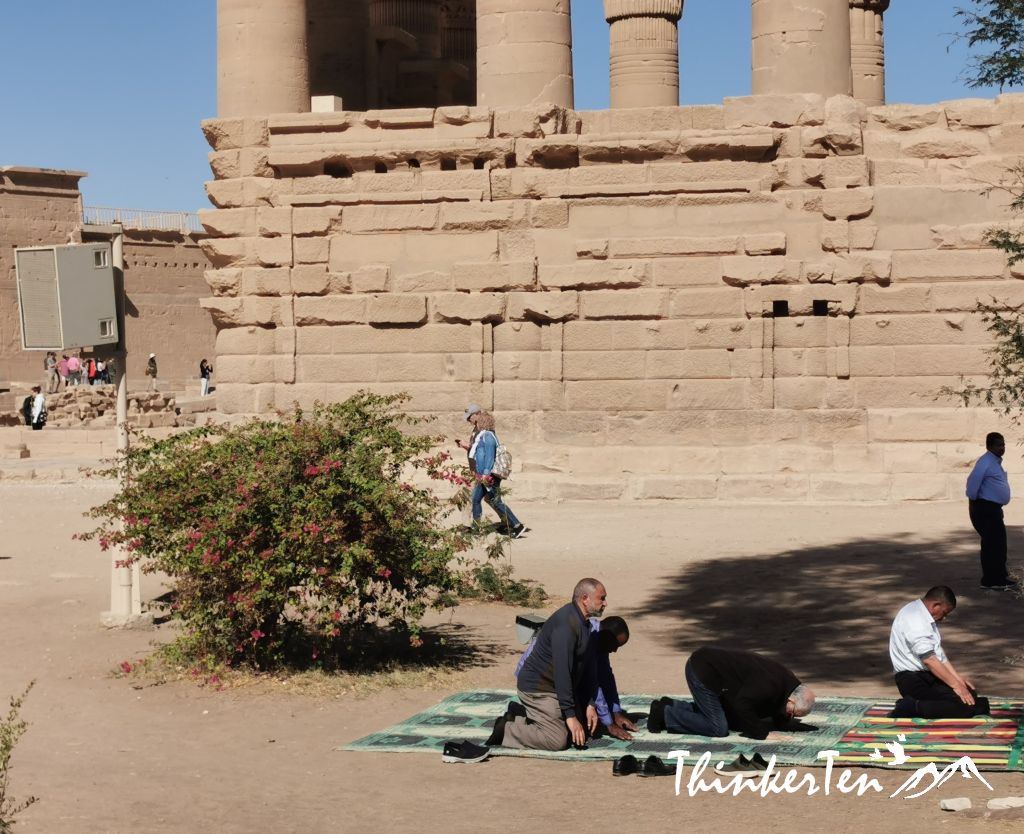 Next, we visited the unfinished obelisk. It is the largest known ancient obelisk. It is huge and located at the top of a hill. You need to hike over boulders so it is not suitable if you are having weak knees. 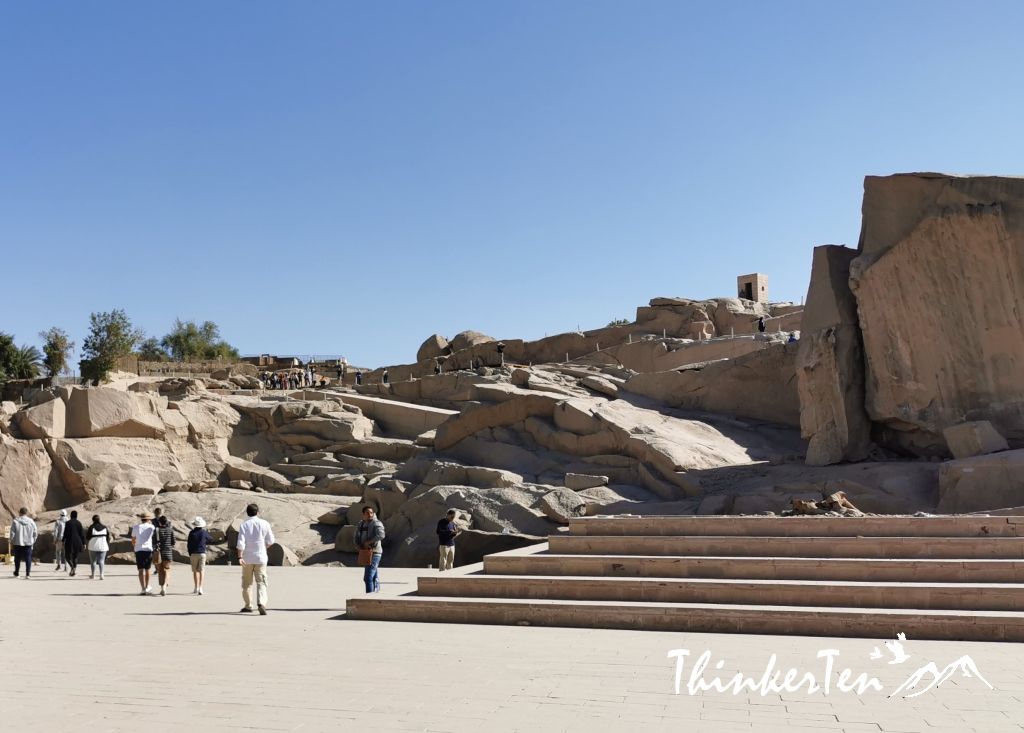 This obelisk is known for its massive size and for the fact that the work that was carried out on it was never finished. If it is completed, it would have been the largest obelisk on earth. It was carved out from single granite stone.

Aswan granite was the third most important stone used in Egyptian civilization, after sandstones and limestone. Granite stone is hard and to shape granite stone into the obelisk, it is a tough job.  We were told that diorite was used to shape the granite.

This place is not as fascinating as a visit to one of the temple ruins but I learn about the making of an ancient Egyptian Obelisk from granite stones.

Oh yes, the massive obelisk was never completed due to the cracks in the stones. They decided just to abandon the job. 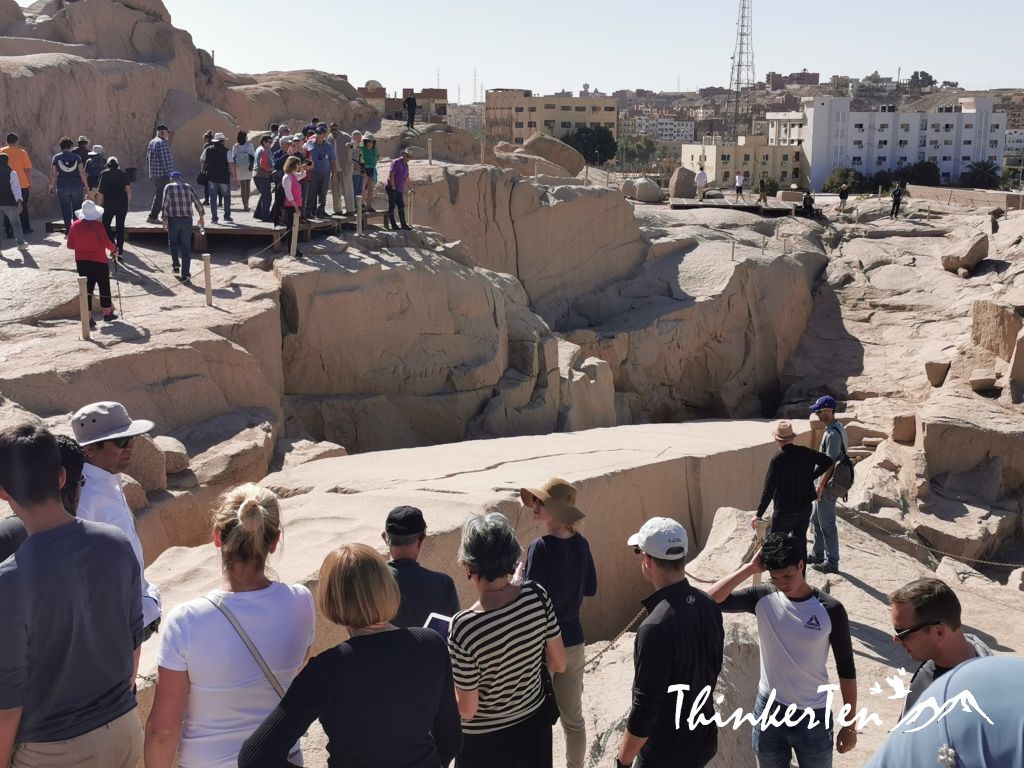 The hike up is about 10 minutes but super hot as there is no shade.  Umbrella may not be very convenient if there are crowds walking up together.  Bring a scarf to cover your head instead.  Wear a good pair of comfy shoes as the walk up is not easy. 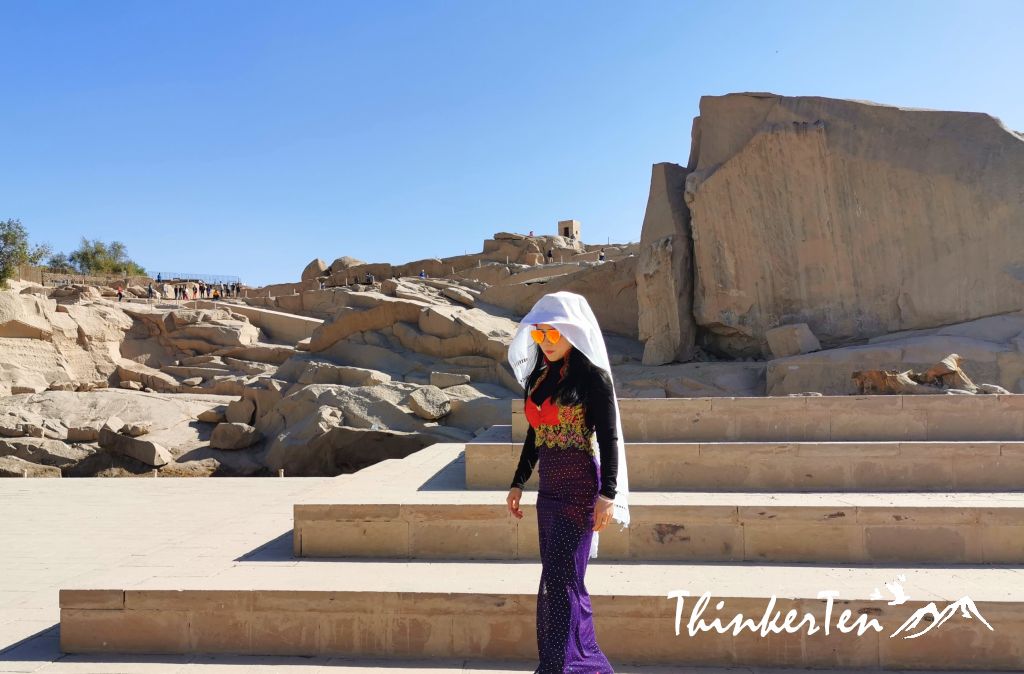 I can’t imagine running out of things to do when you visit Egypt. There is so much history!

What beautiful sites to see! There is so much history, I bet it was incredible to see in person.

Oh wow! You have made me want to go to Eygpt even more! These are gorgeous structures.

I know I would really love to visit there in the near future. I have always wanted to make a trek out to Egypt. Someday I will just have to take the leap. Looks amazing.

I love reading about your adventures and the places you visit. Egypt is on my list of places to visit. It looks like you had a great time.

I do enjoy reading your post as I feel like I have been on the cruise and to Aswan especially with your explanation and photos. Thanks for the tips too, will bring a scarf when I visit

Wow, what a neat place to visit. There is so much interesting history there! It looks like you guys had an awesome time.

Egypt is in my travel bucket list. This country is so rich in culture and history and I dream of seeing those ancient structures. It just amazes me how they were built using only crude tools available at that time.

I love all of your photos and it makes me want to go to Egypt even more.

It looks stunning. My husband visited Egypt when he was younger and he always says how much he’d love to return.

All of these are such great photos. I’d love to go to Egypt someday.

Love all the photos! I really want to visit Egypt! It’s a beautiful country with lots of places to see.