8 things you need to know about Lingyin Temple 灵隐寺

Lingyin Temple literally translated as Temple of the Soul’s Retreat. It is one of the largest and wealthiest Buddhist temples in China, located in Hangzhou. It is really important to choose a good name, the Lingyin Temple is a great example with a cool name.

People usually visit the Fei Lai Feng grottoes and Lingyin temple together as it is only nearby within walking distance. 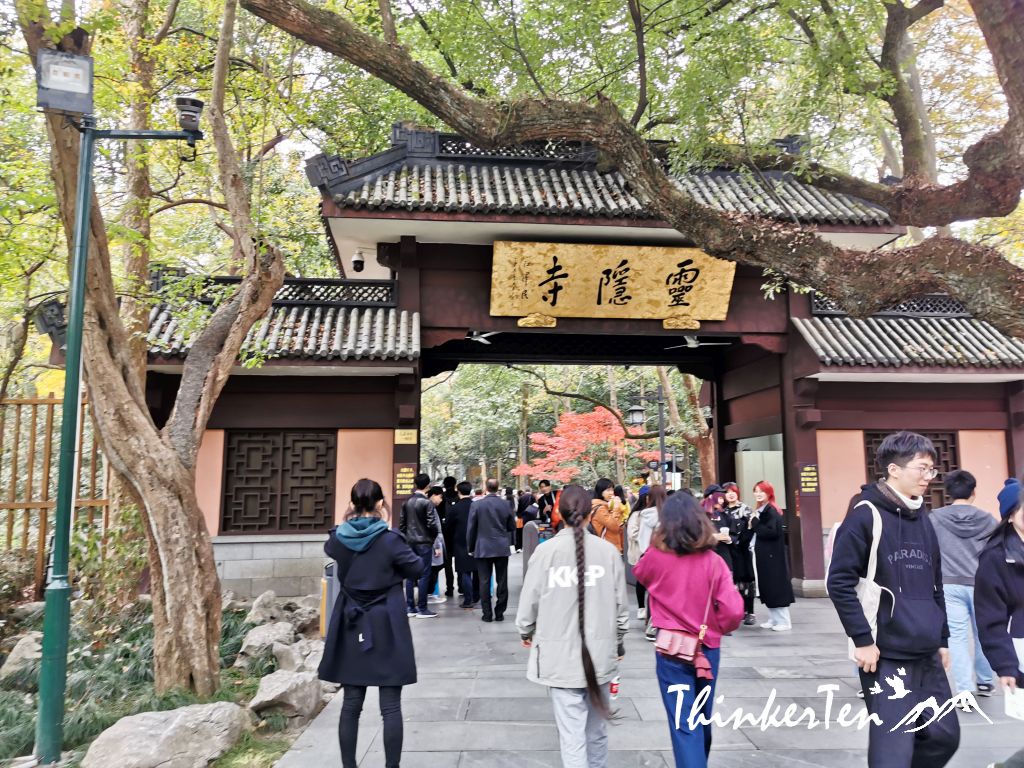 It has a long history and Ji Gong is also here so you see Ji Gong’s name are here and there in the souvenir shops. In case you don’t know who is Ji Gong, he was a famous Chan Buddhist monk who lived in the Southern Song. His real name was Li Xiuyuan 李修元. He loves alcohol and ate meat too, Buddhist monks are not supposed to eat meat and drink alcohol. One of his signatures is his hat which is called Ji Gong hat. He often appeared carrying a fan and a gourd.

2. You need to pay a separate entrance fee to get in

There is a separate entrance fee for Lingyin Temple. Once you stepped inside, you will see the tall building which is probably the largest majestic treasure hall. 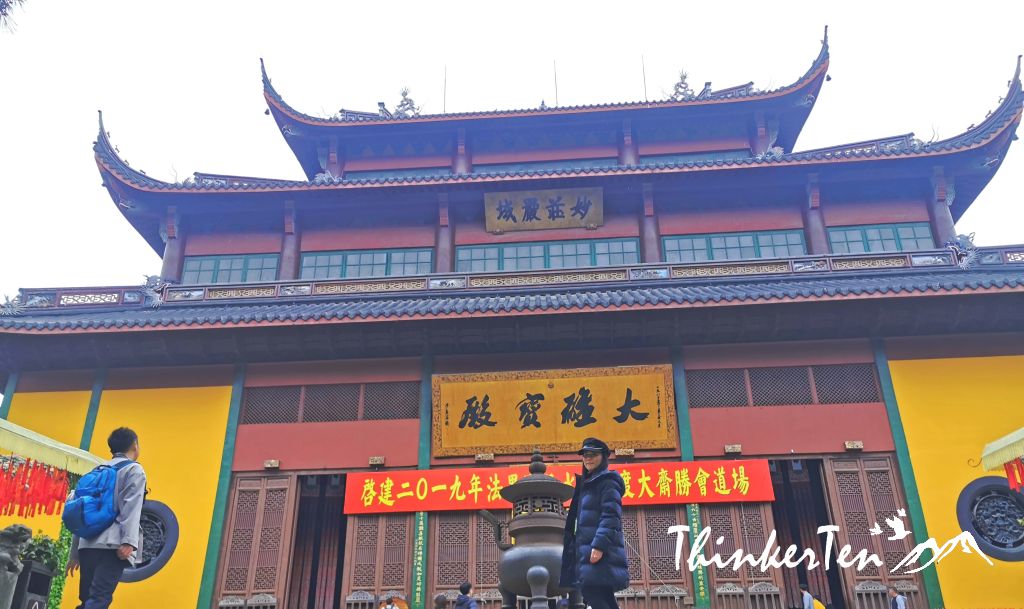 3. The yellow wall is a unique feature here

Courtyard in front of the main hall bordered with tall trees and the wall is very unique as it was painted in yellow color which makes a great backdrop for photographs.

4. An important site for pilgrims

Besides tourists, this is the place for pilgrims. If you want to feel the Buddhist culture in Hangzhou, you should come to Lingyin Temple. 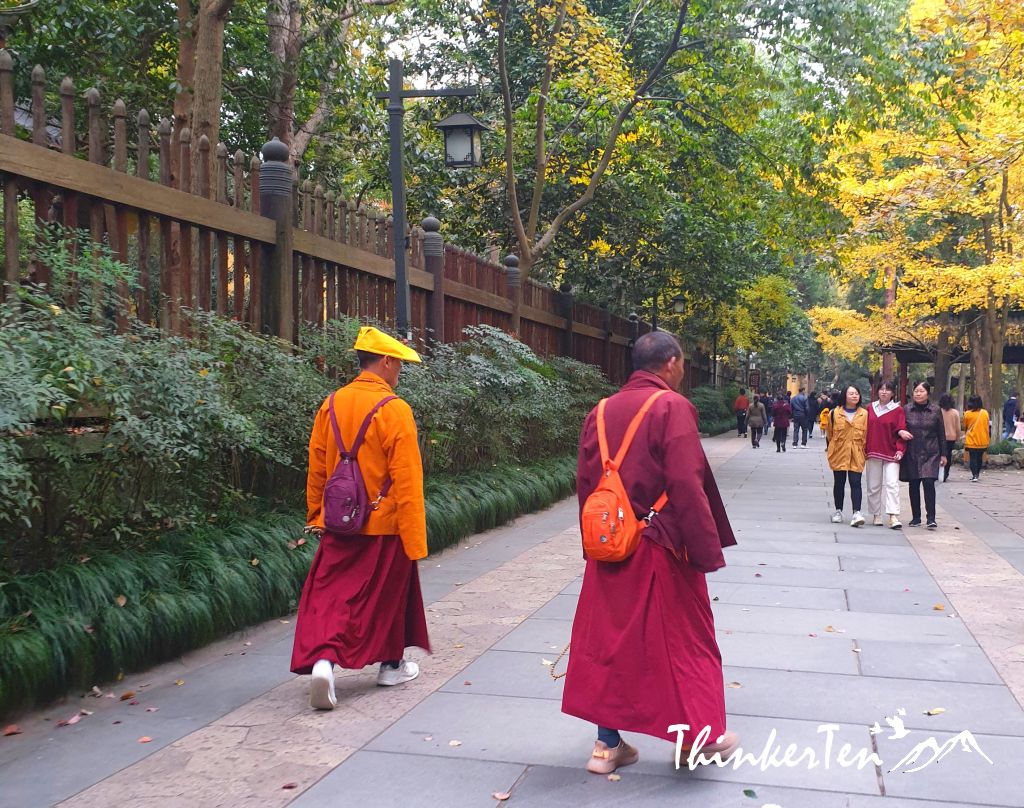 On the side building housed 500 statues of arhats inside, all with different expressions and pose. It is quite bizarre to see so many arhat statues place together here.

Guanyin, a manifestation of the Bodhisattva Avalokiteśvara, with relief screen, at the back of the Grand Hall of the Great Sage.  You will find hundreds of small statues sculpted on the wall behind Guanyin Statue.

The Shakyamuni Buddha statue at the Mahavira Hall. 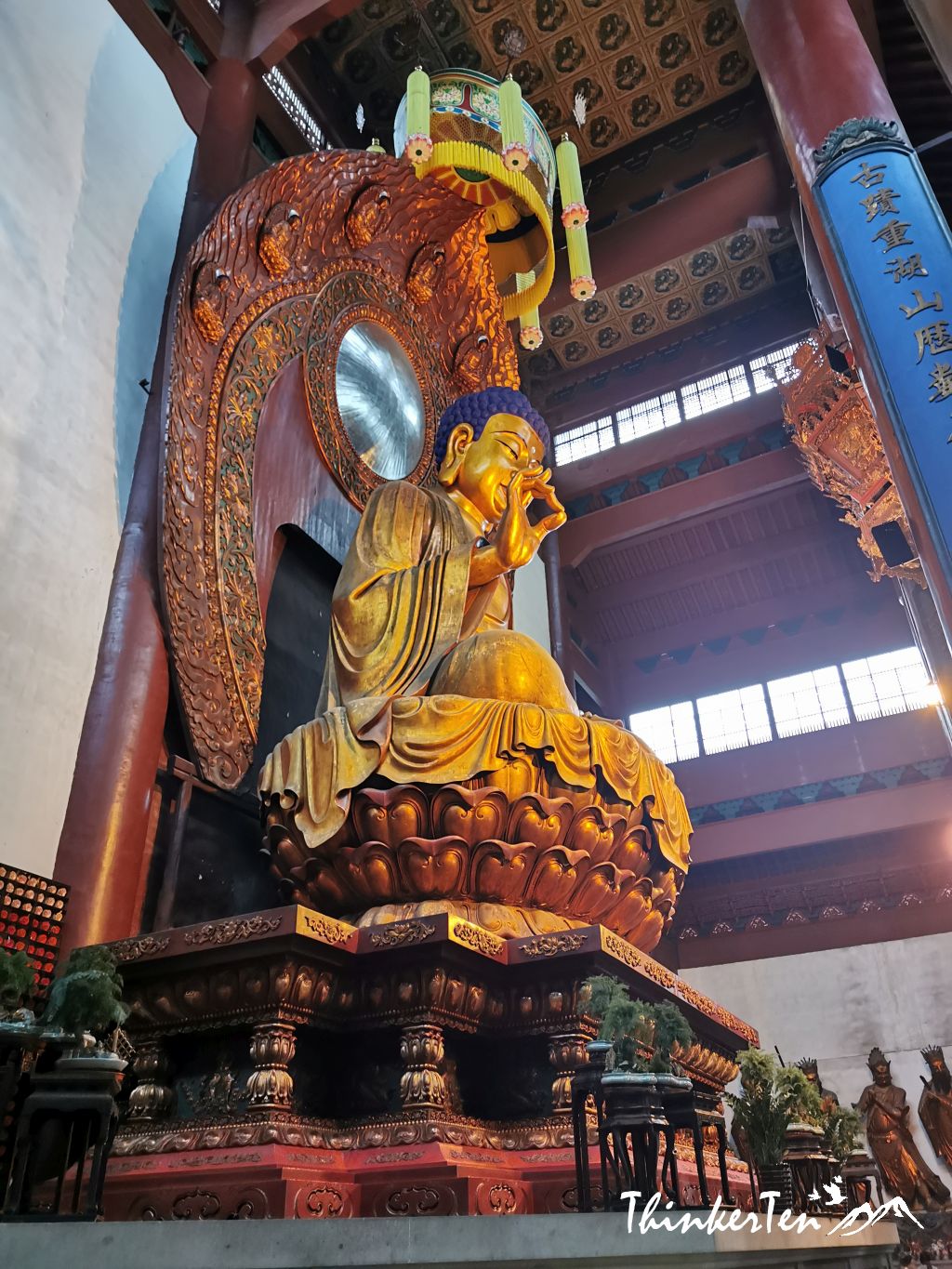 The Lingyin Temple is built on a mountain, with each hall rising one by one. One of the portraits of Ji Gong is very interesting, he smiles at you from which direction you look at him. This is similar to Mona Lisa, it is pretty interesting. There are also some small bronze Buddha statues, jade Buddha statues, and so on. 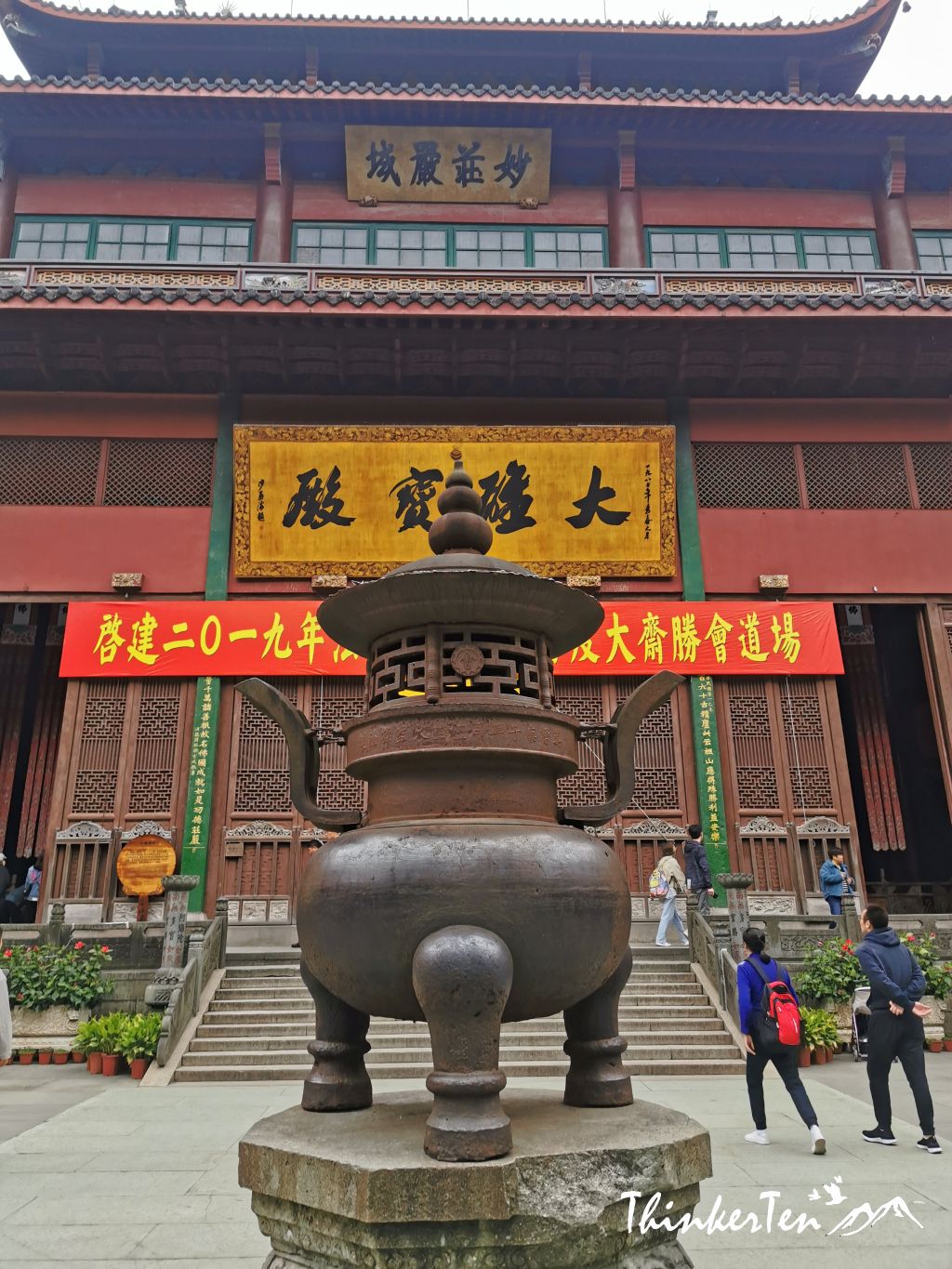 8. Thee free incense to be given

Since Hangzhou has stopped the pilgrims from buying their own incense and candles in Lingyin Temple, the place has become less smoky from the incense. Instead, only 3 incense will be given to you free when you purchased the entrance ticket. 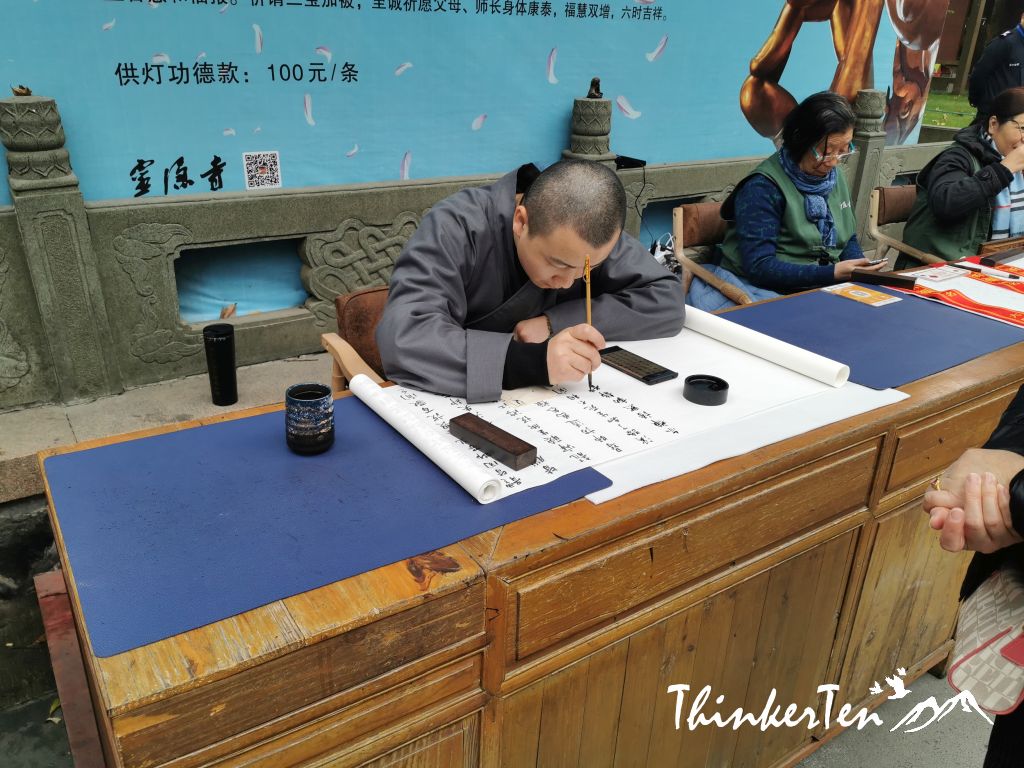 9. What happens during festival

If you are here during major festivals, you will be able to see the monk master having their ceremony here. But during festival, the temple will be very crowded. 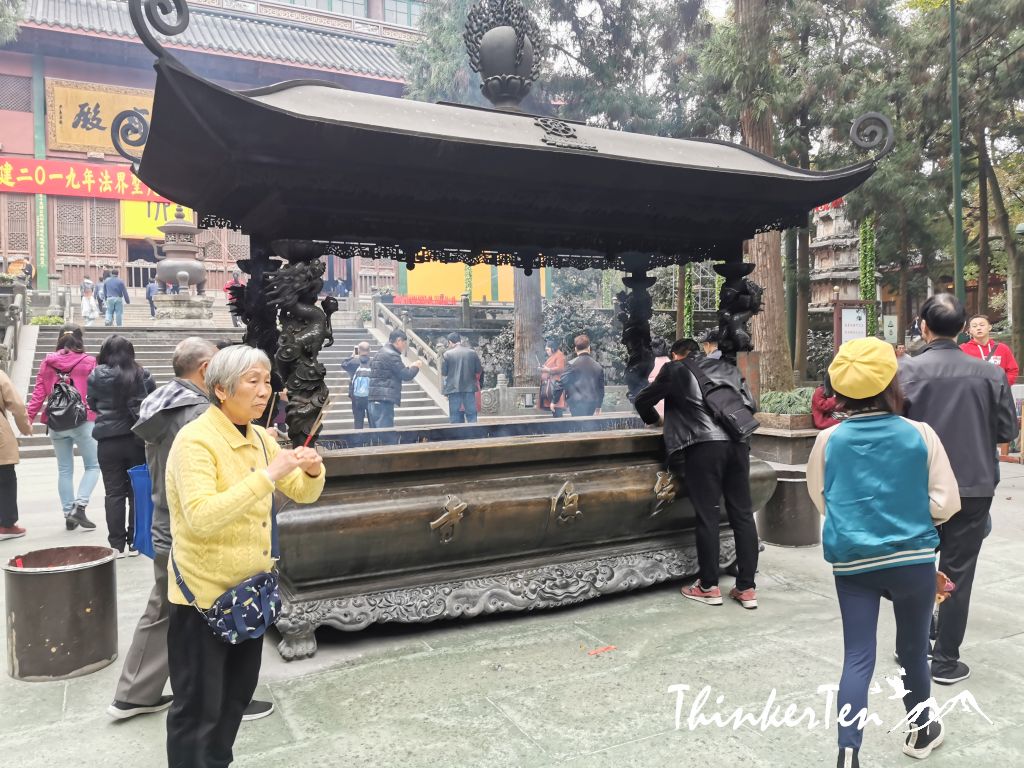 This is an important temple in Hangzhou and there is a separate fee to enter, the 500 arhats are pretty amazing to look at as each and everyone are made from bronze and sculpted with different look and expression.  No single one is the same.

I’ve never been to China, it is on my list for the future and I love to learn more about different faiths, so it would be great to visit the temple. Mich x

OMG the temple looks beyond amazing!!! I love visiting temples so much! Soon I will be visiting this one, soon…

Wow this looks like a beautiful temple to visit. Buddhist Temples are always an interesting and eye-catching place to visit.

This looks like a nice place to visit, though i’m not into statues. Thank you for sharing this post. – Dan “Jay” Reyes

I would love to visit this unique temple, so unique that they have panted the walls yellow to make it pleasant for photographs

Lingyin Temple is gorgeous! I would love to visit one day and see it in person.

This place should be on everyone’s travel bucket list