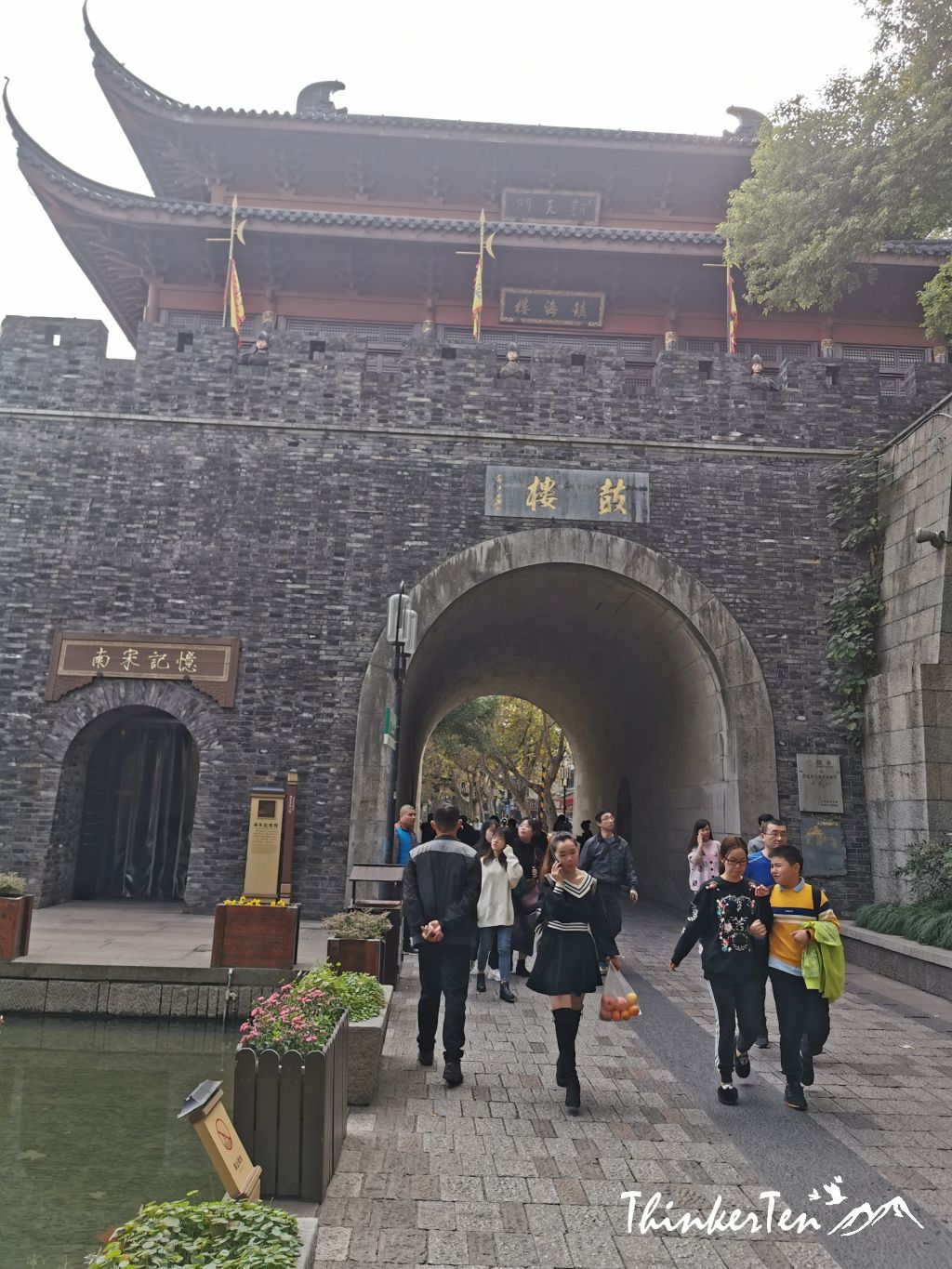 Once you get through the main gate, you will find old shops, selling Chinese wine, Teahouse, traditional Chinese clothing, silk store, Chinese fan stores, and traditional Chinese medicine stores and many interesting shops related to the old Chinese tradition.  Those shops are uniquely in the Ancient old street like this, can’t be found in any other big departmental stores. 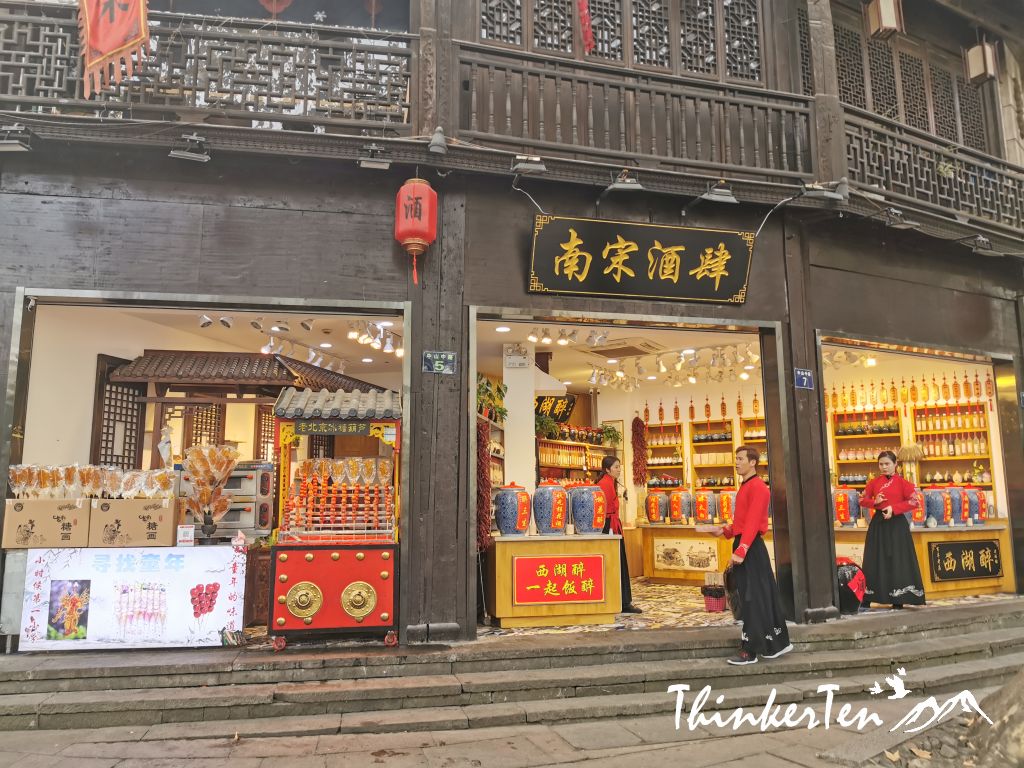 Why hanfu is so popular?

The hanfu movement seems to be a popular thing in China now. Hanfu is the Chinese traditional clothing and now it is back in fashion again. Obviously Hanfu movement is to promote Han costumes, you can see young people gather in a group wearing colorful hanfu and walk on the ancient streets. What a great way to celebrate Chinese culture and looks really pretty. 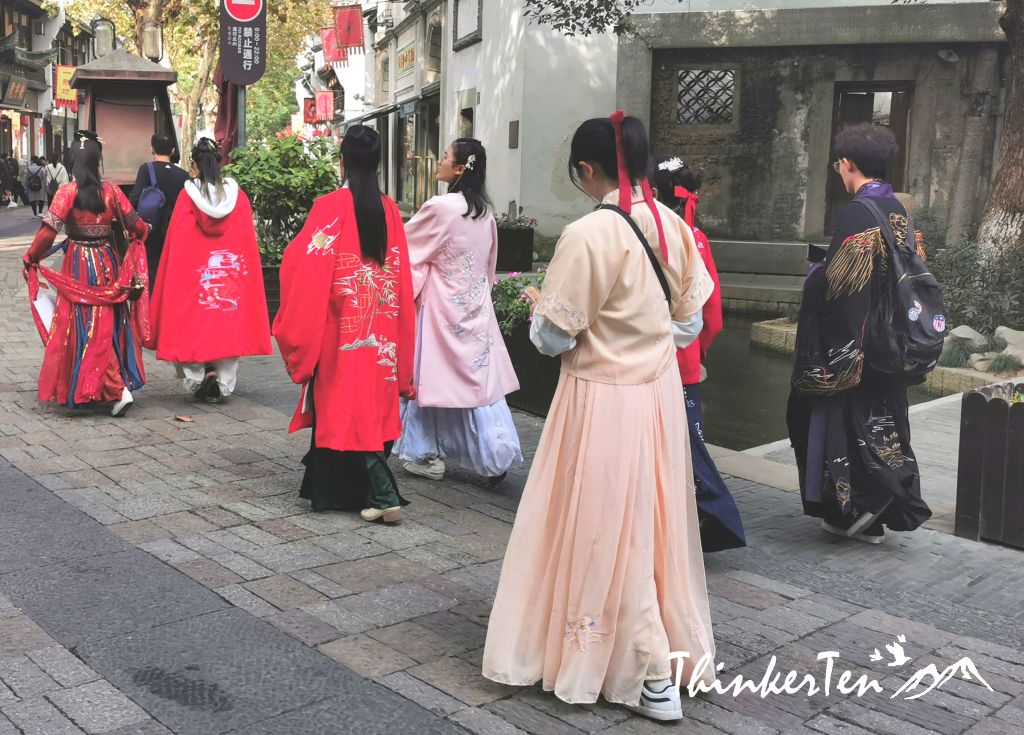 Where to buy hanfu?

You can get hanfu online or at Qinghefang Ancient Street here. The variety may not be huge, the prices are all varies as it depends on the quality of the clothing. Some can cost up to thousands of dollars. 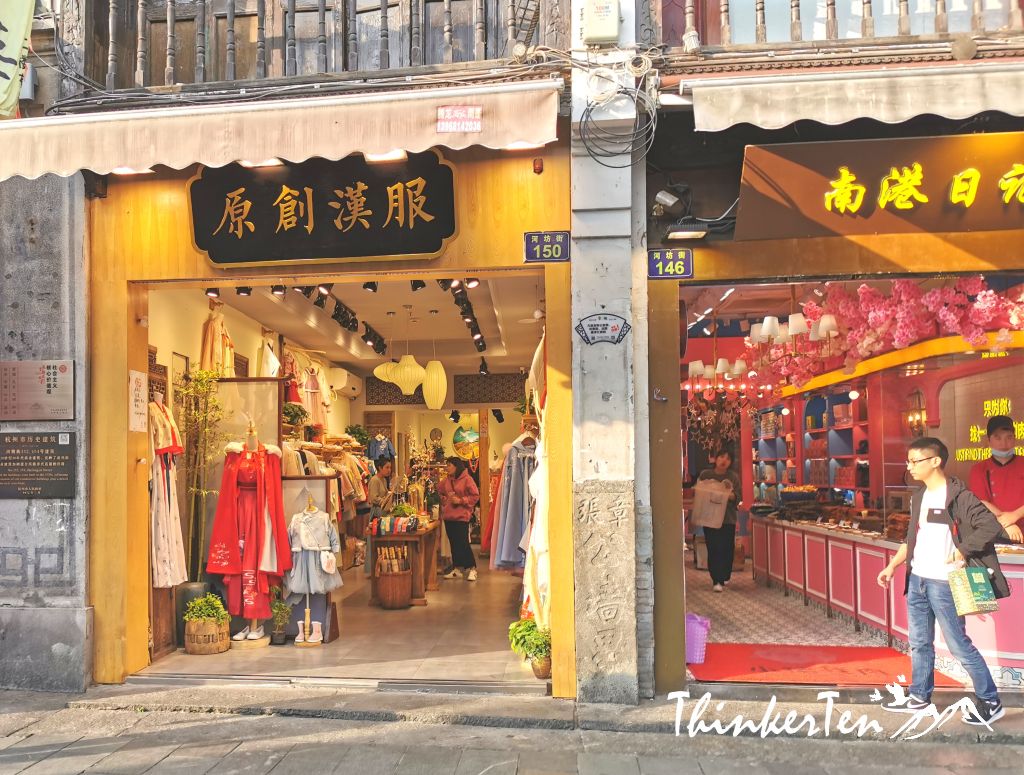 The famous Huqingyutang Pharmacy is also here, a reputable traditional Chinese medicine store.   This is one of the oldest pharmacies in China. 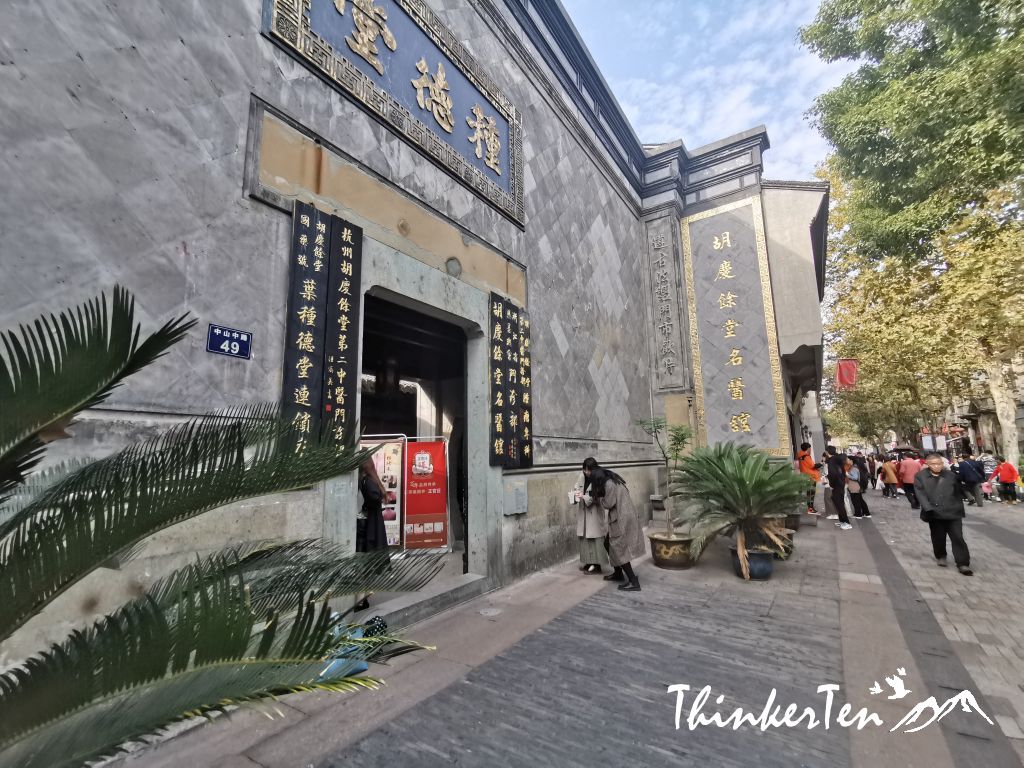 There are quite a few traditional Chinese medicine shops here, not just one. 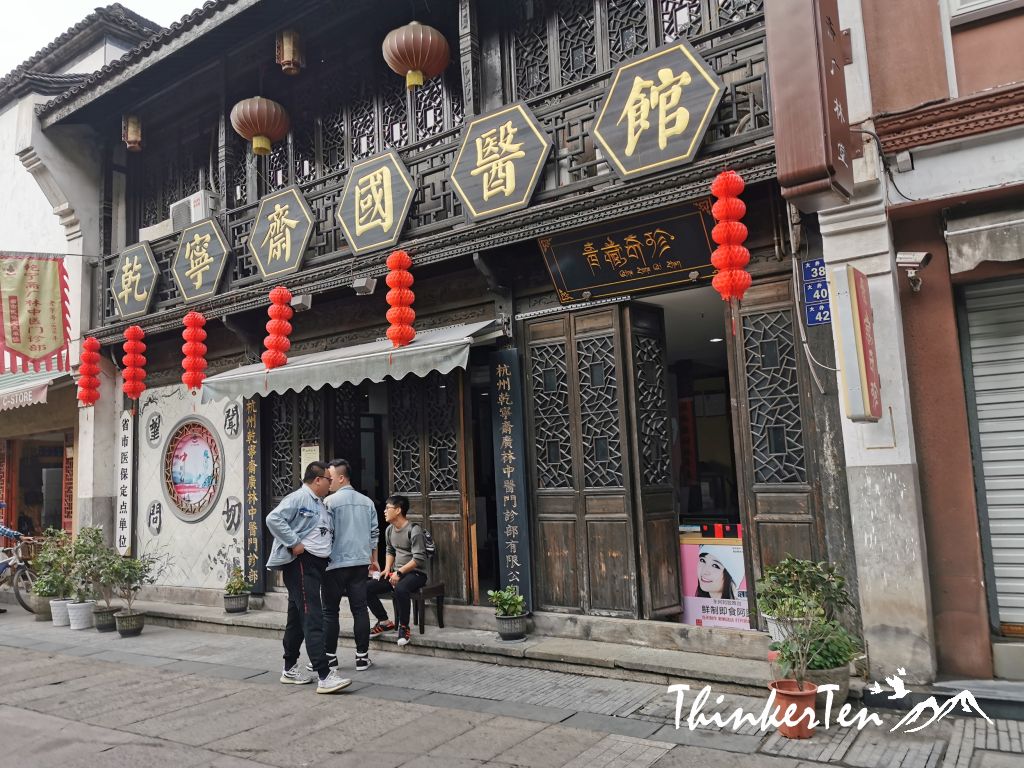 Along the street, you will be able to see other Chinese traditional shops such as fan-making handicraft, mask making artist hand-painted the mask. We bought one of these masks too. If you missed the Longjing tea plantation visit, don’t worry, you can still find Longjing tea shops here. 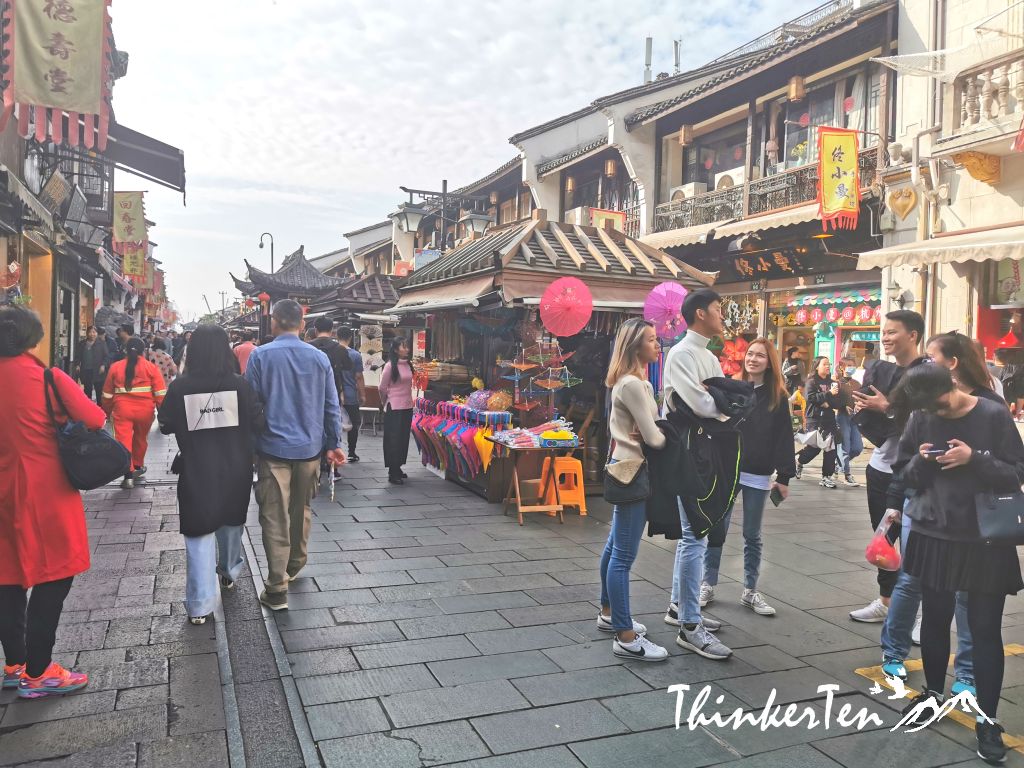 The fox mask is popular and goes well when you are in hanfu outfit. 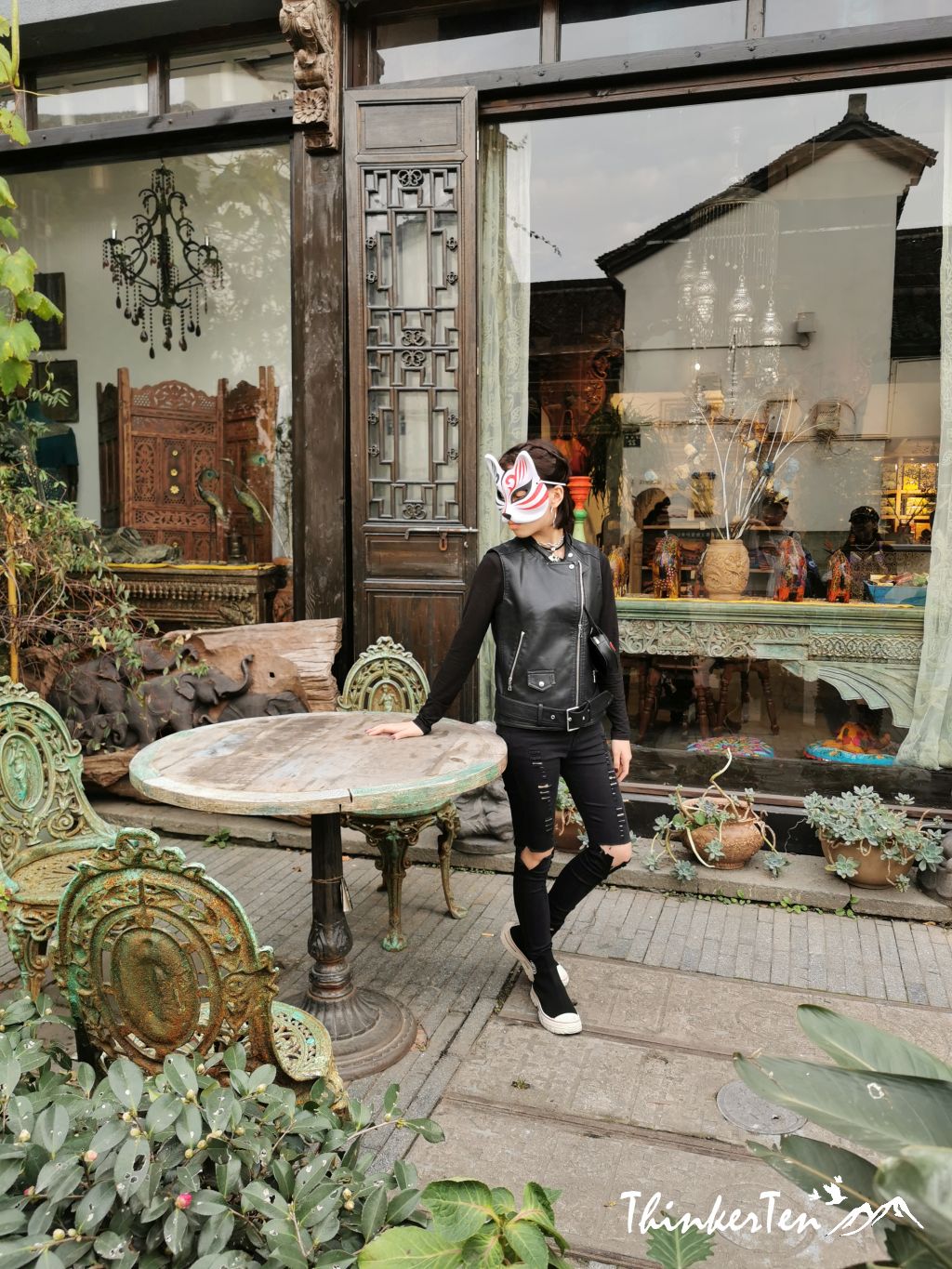 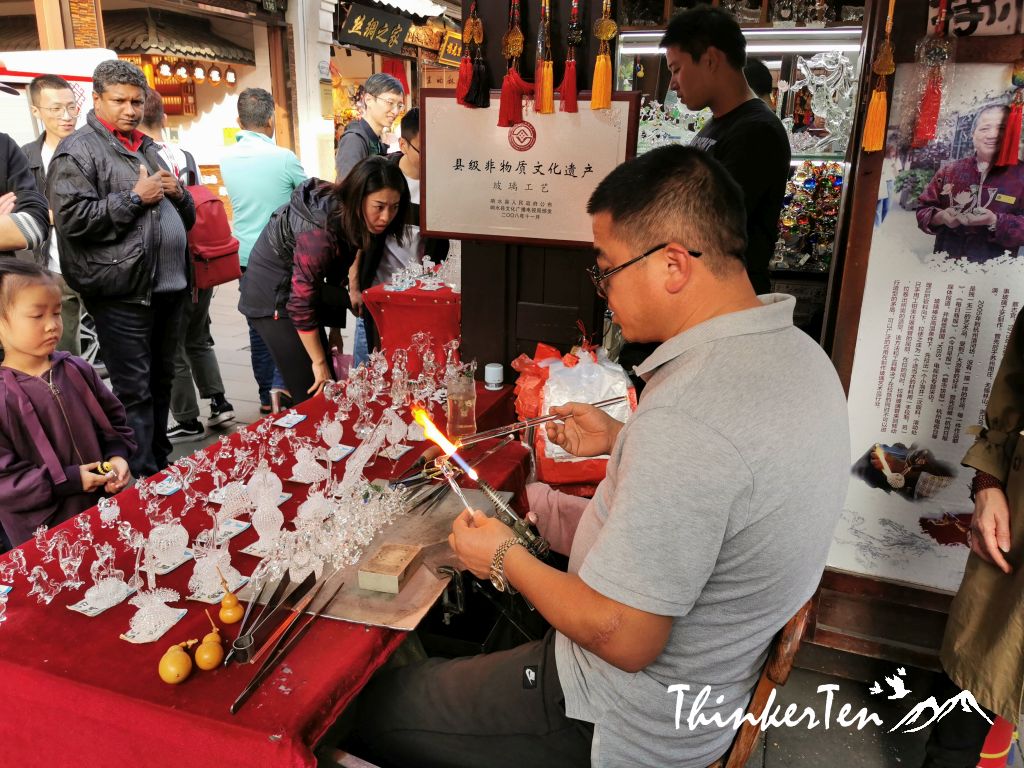 What we have for lunch

Qinghefang is also a great place for food hunting. First, we had our lunch in a proper restaurant. We have ordered prawn with pork stomach slice, Clam stir fry with Chinese leek, and mushroom with beef. Total cost about RMB145 = SGD 30.00 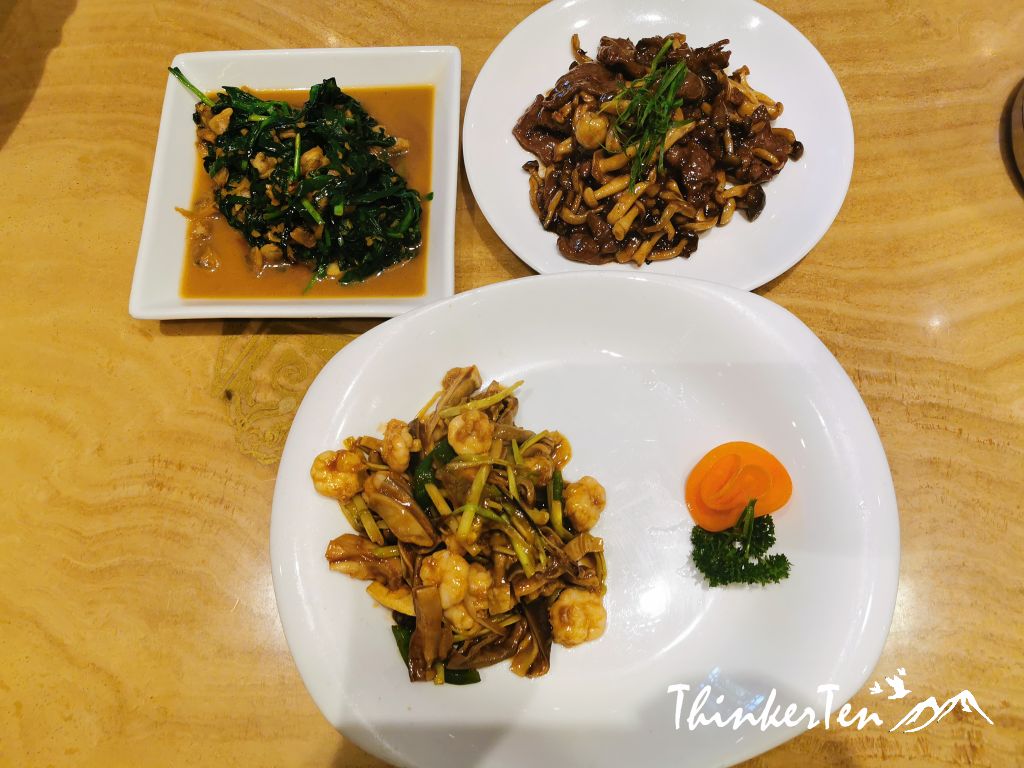 After our lunch, we went to look for more Hangzhou street food.

There are different filling but overall tasted sweet and my favorite filling is black sesame. 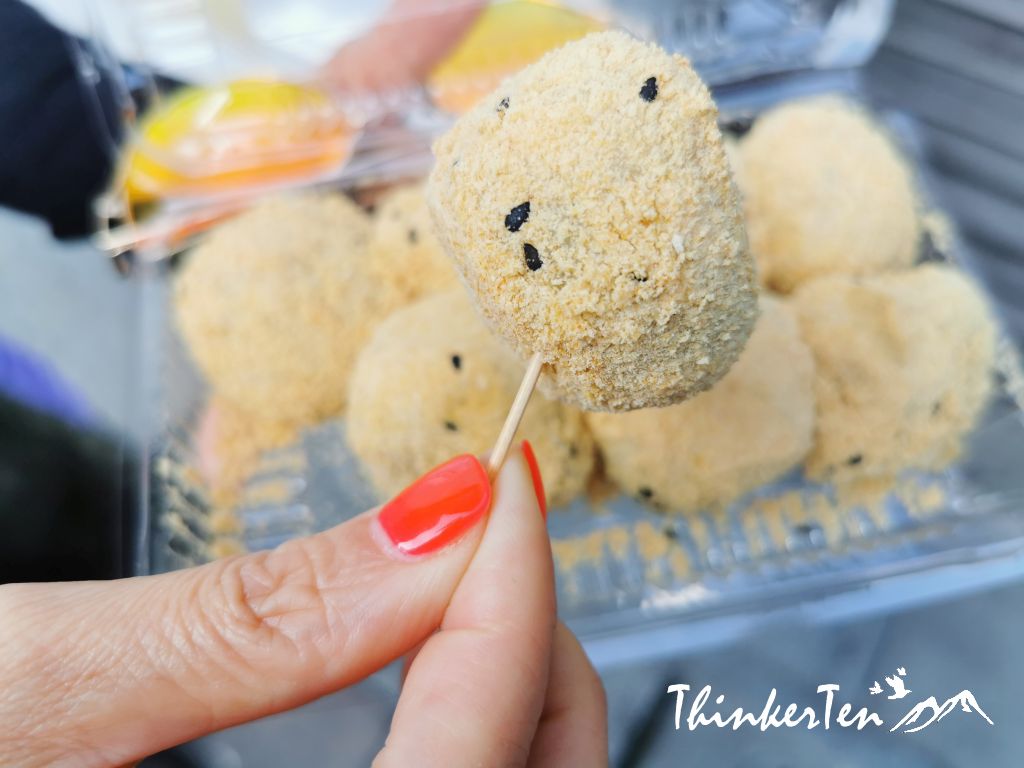 Dragon’s beard candy makes a good dessert after our lunch in the restaurant. It is a traditional handmade art of China. The moment you put in your mouth, it melted slowly and taste super nice. 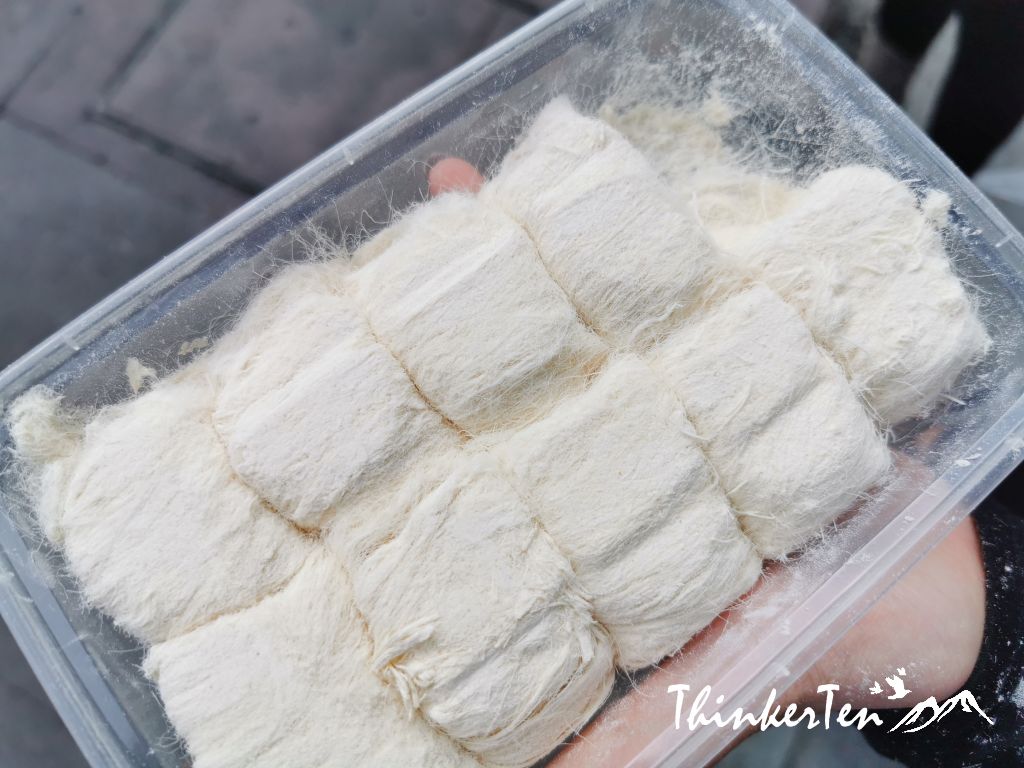 Exploring Zhuangyuanguan Food Court and see what have we ordered. 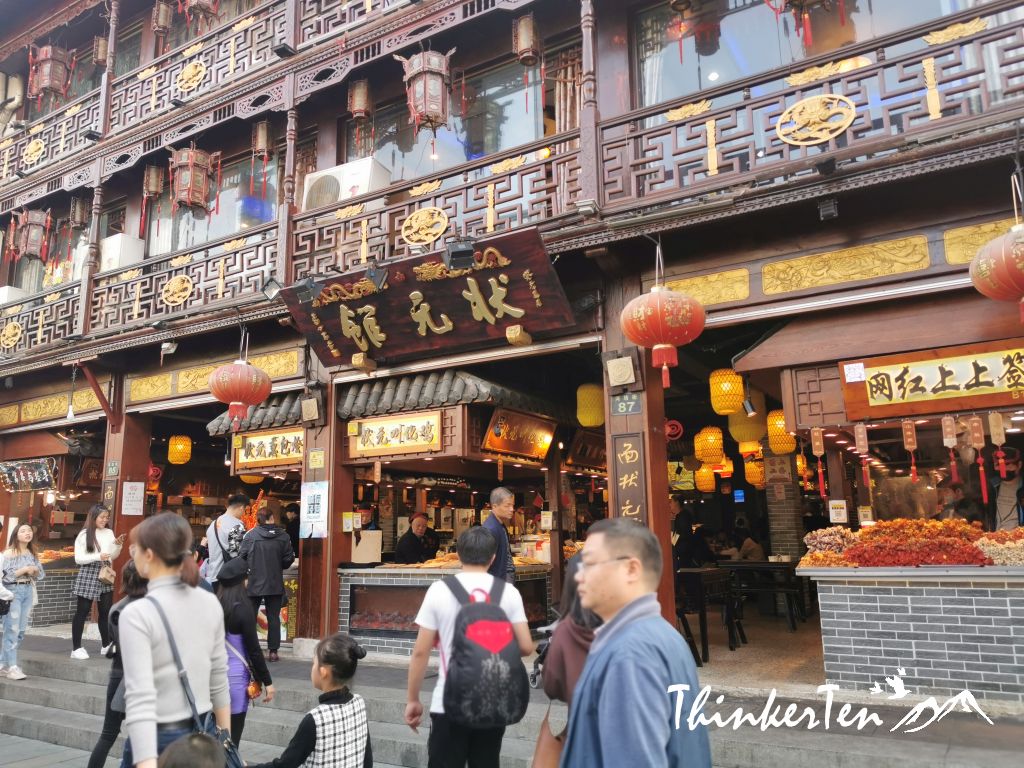 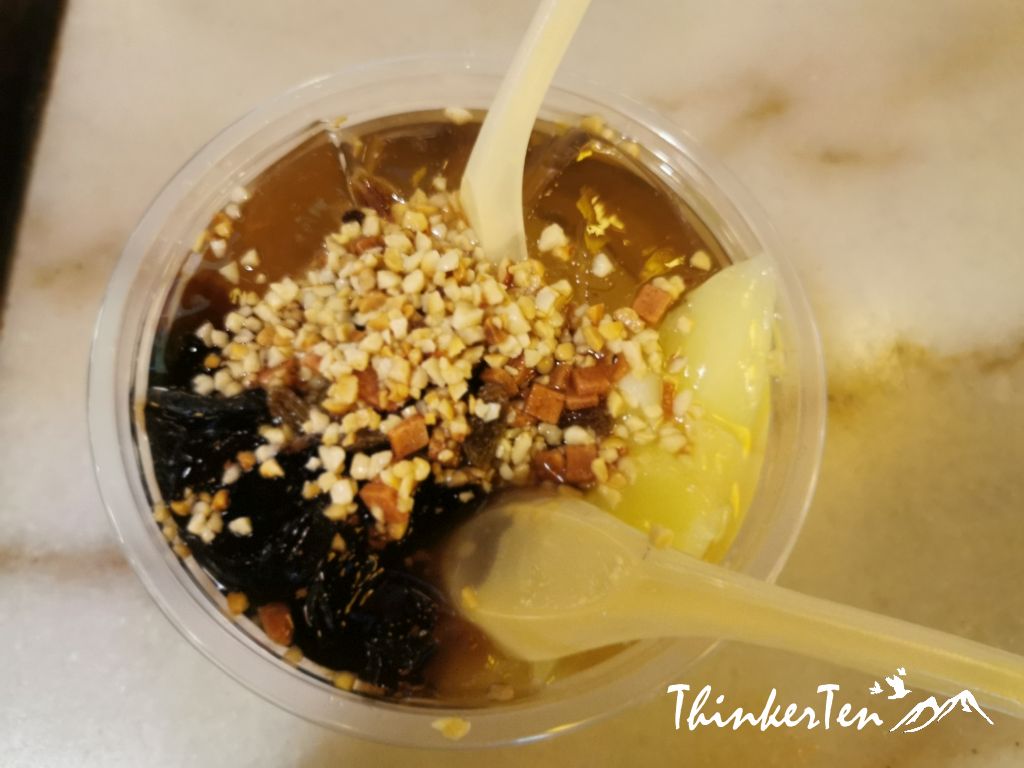 This taste similar to Korean Tteokbokki which has hot chili coating. 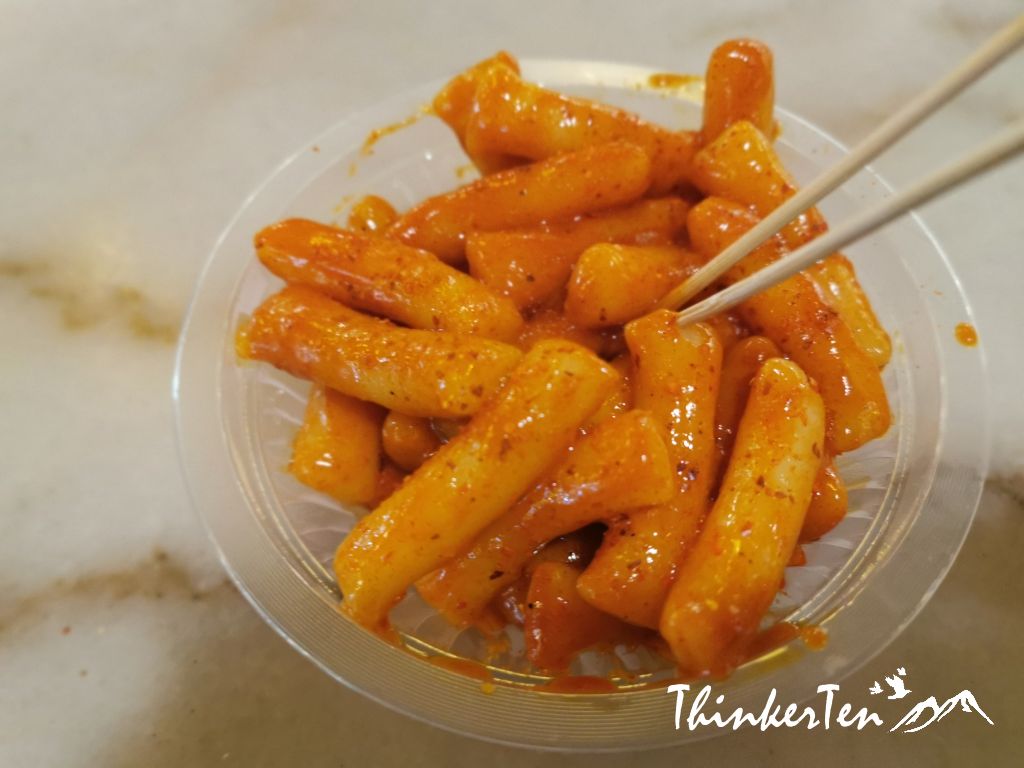 Clam with garlic and glass noodles 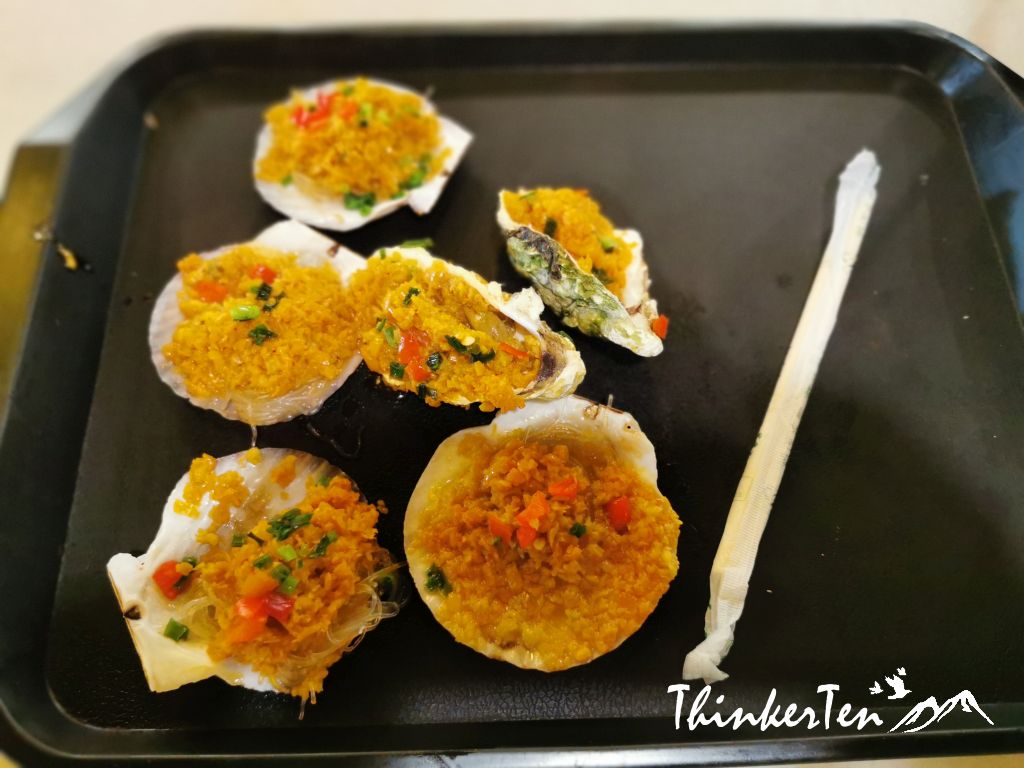 We weren’t brave enough to try these exotic worms, just staring at them.  The worms look very neat and clean. 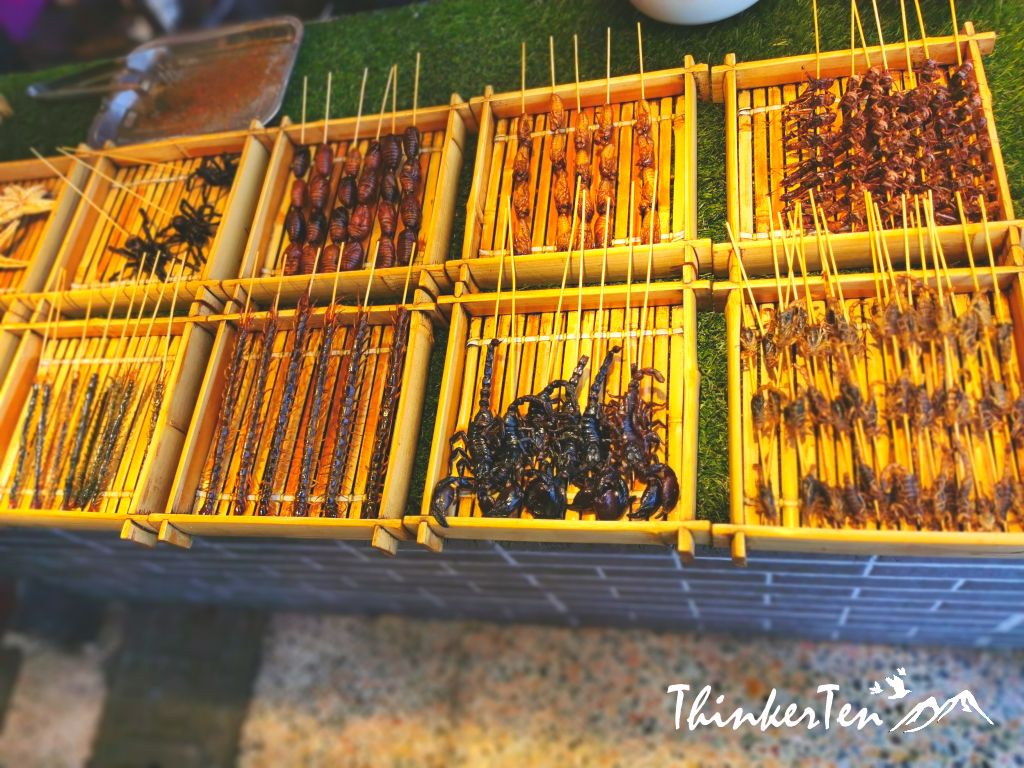 You can visit Wushan in the morning and then go Qinghefang ancient street for lunch.  After that, you can still explore more street food and look at traditional art and do some shopping.  Love the ancient vibe in Qinghefang with the cobblestone pathway.  From time to time, you will meet many youngsters wearing traditional hanfu in a group walking on the ancient street and take photos. 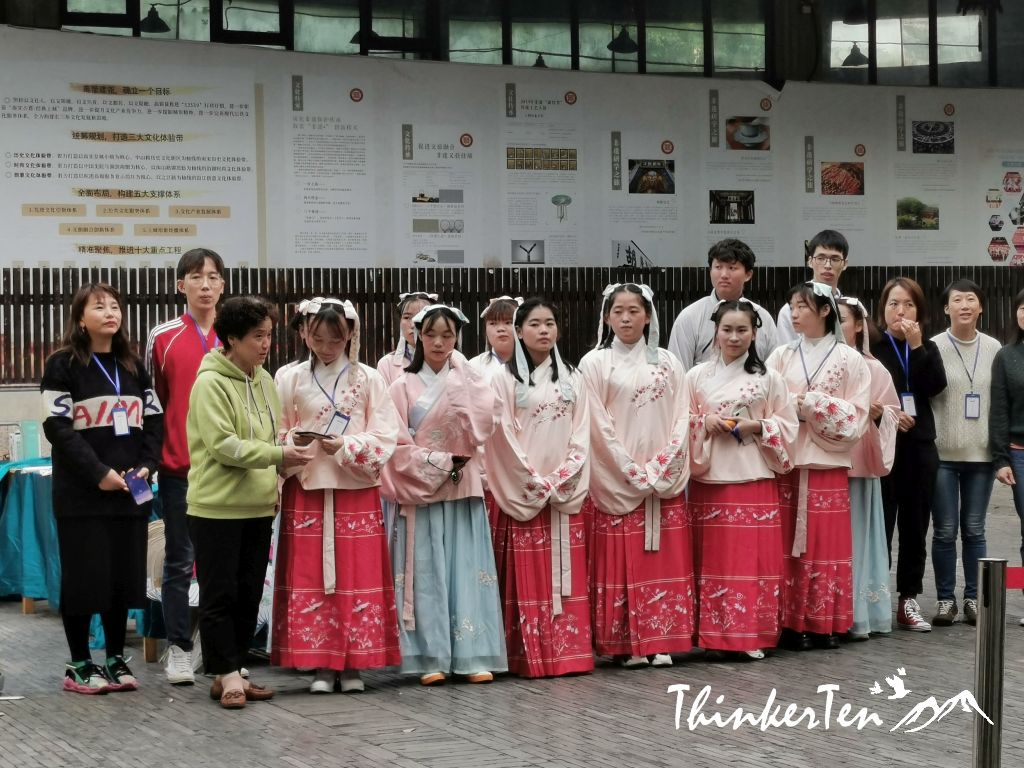 The charm of the east is invaluable and as always your travels are diving into cultures.

Oh wow, what a place to explore. This looks so intersting and I’d love to have a wander. Mich x

omg the place is ammmmaaaazing…There are plenty of places I wanna visit, this is one of them…Soon I hope.

For someone who has never been to China this is such an interesting trip.

I would love to go there one day and shop and eat! All of the food looks so tasty.

This place is nice and looks interesting to visit. Thank you for sharing this post 🙂 – Jojo Reyes Jr

What a fab experience to get involved in. I am loving all your travel photos too by the way xx

Dragon’s beard sounds very interesting. You had me sold at the glass art though. This post was so inspiring. I really felt like I was there. Excellent read!

Sounds like a really fun time! I miss exploring so much. The food, the cultures, the sights. This place looks beautiful.