China Xi’an 4 – Colors of the Terracotta warriors were faded within minutes after the archaeologists dig it out !

Xian City Wall/西安城墙 is an ancient capital of China, also represent one of the oldest, largest and best preserved Chinese city walls. 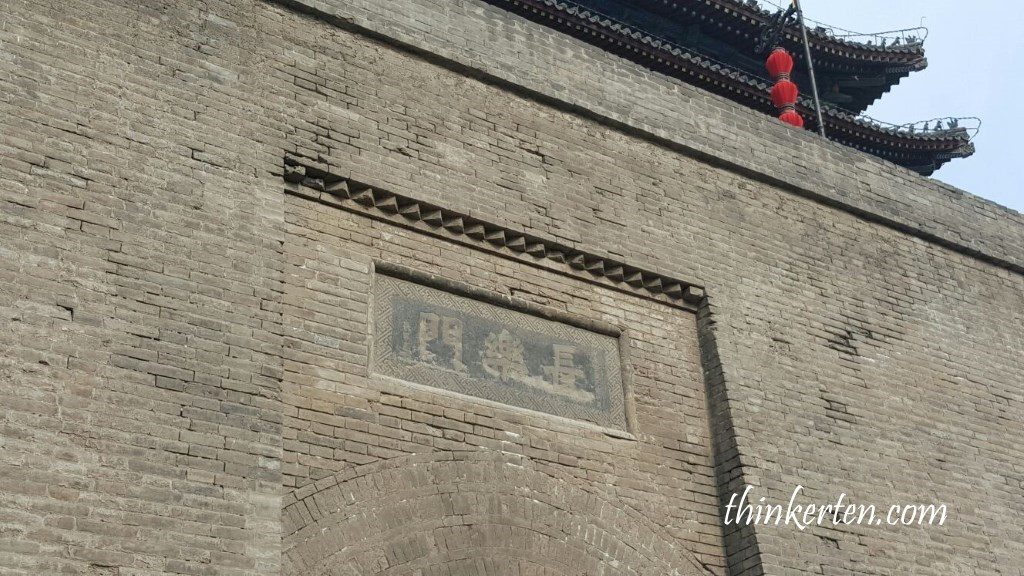 Xian City Wall is the most complete city wall that has survived in China, also being one of the largest ancient military defensive systems in the world.  It is located in the city center of Xian. 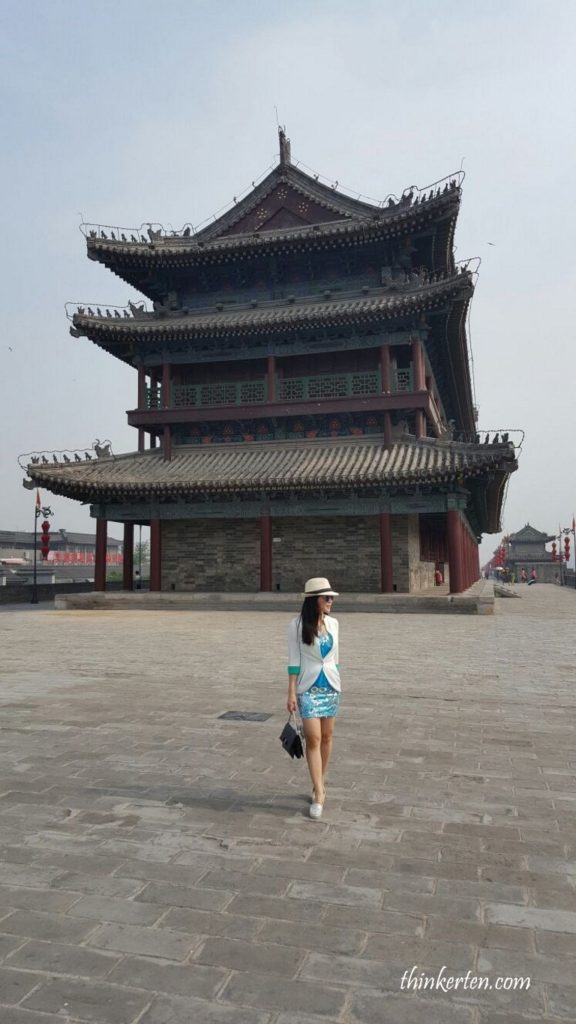 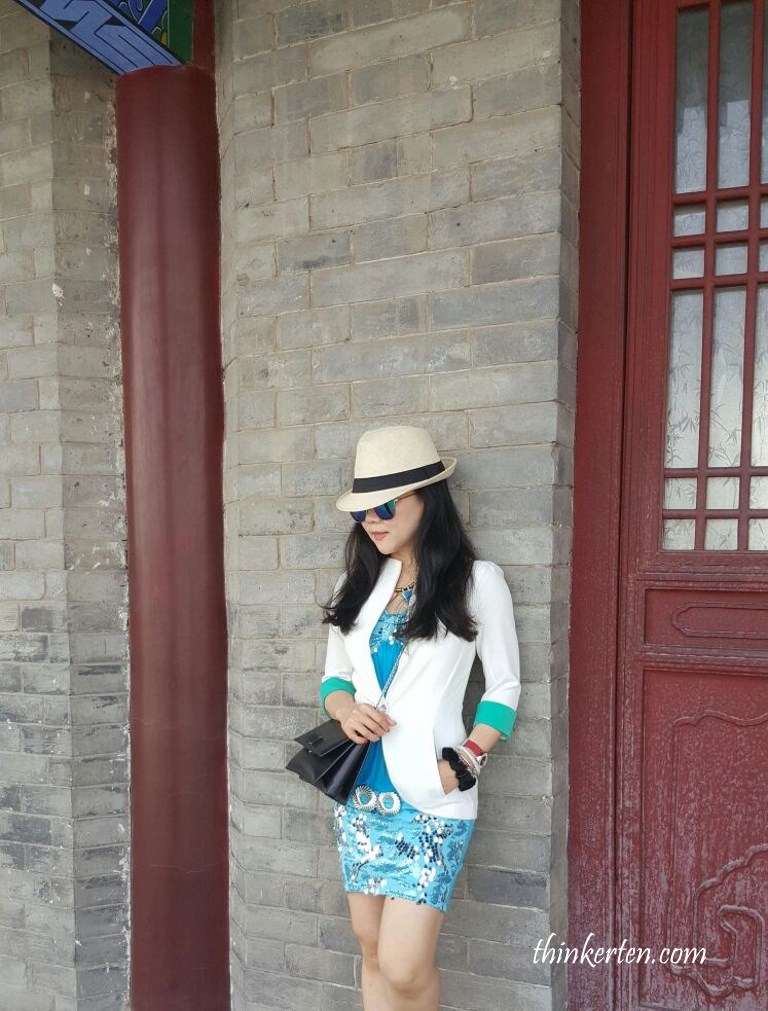 This place is very big, you can rent a bike and cycle around, it takes you 2 hours to make a trip back here.  If you cannot cycle or too lazy to cycle, there is also an electric buggy bring you around this big area. 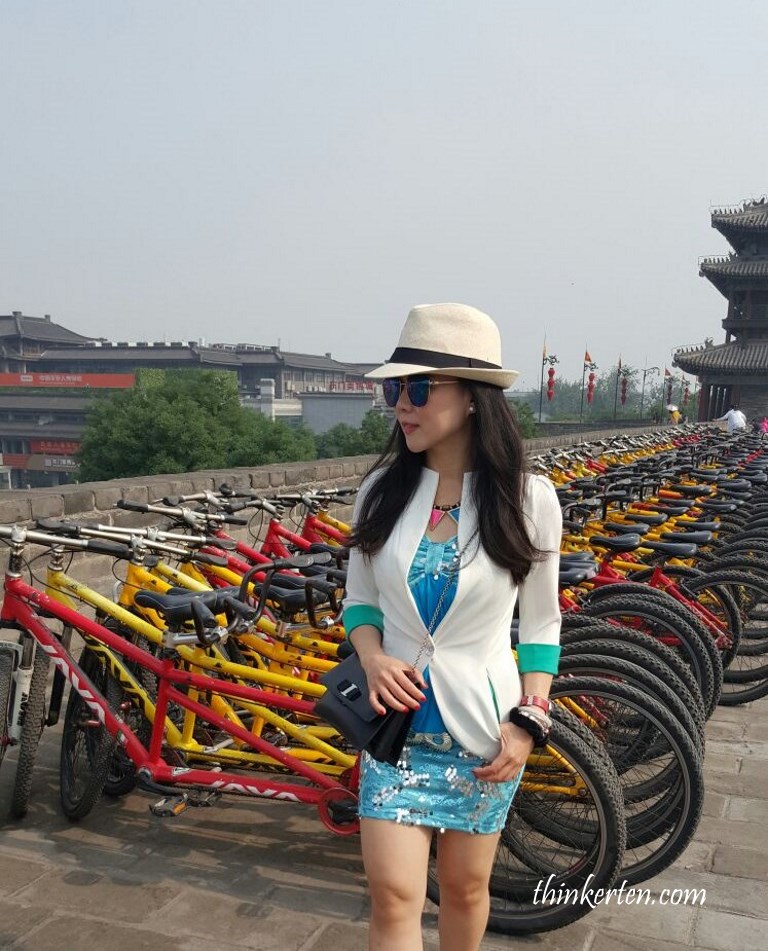 The city wall itself is very impressive and ascending the wall allows you to look out on the new city with few tall skyscrapers from an ancient structure.  The tower look very stunning especially at night after light up. 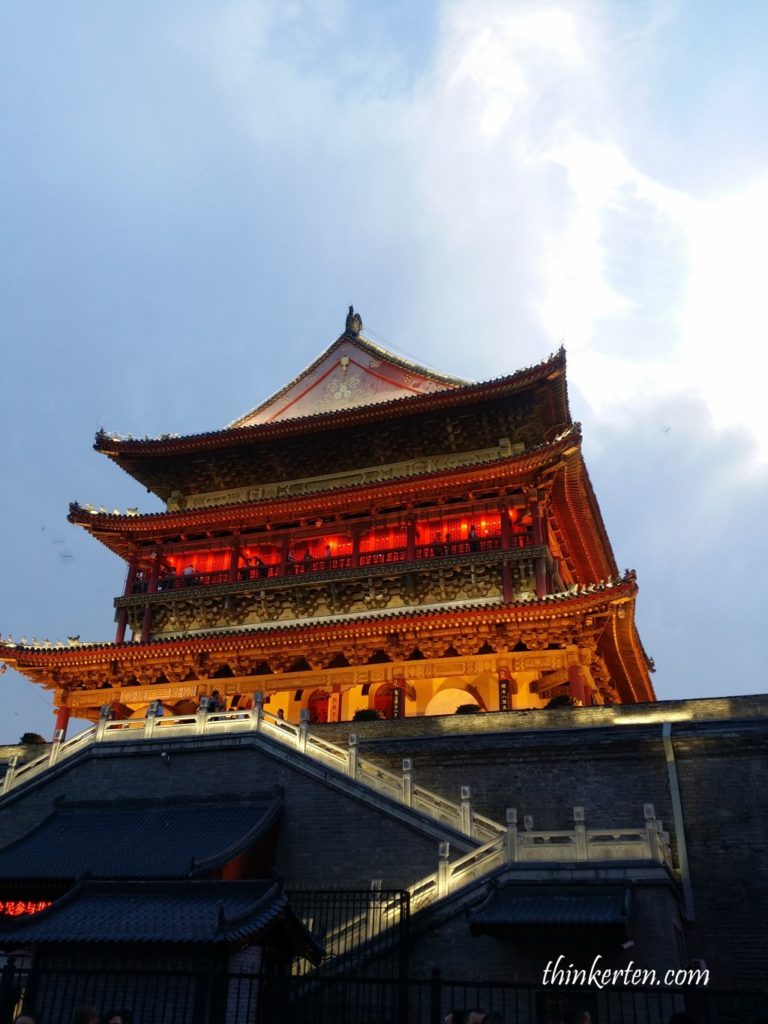 The Huaqing/华清池 Hot Springs are located approximately 25 km east of Xian.  This is the en route to see Terracotta so we had a brief stop here. 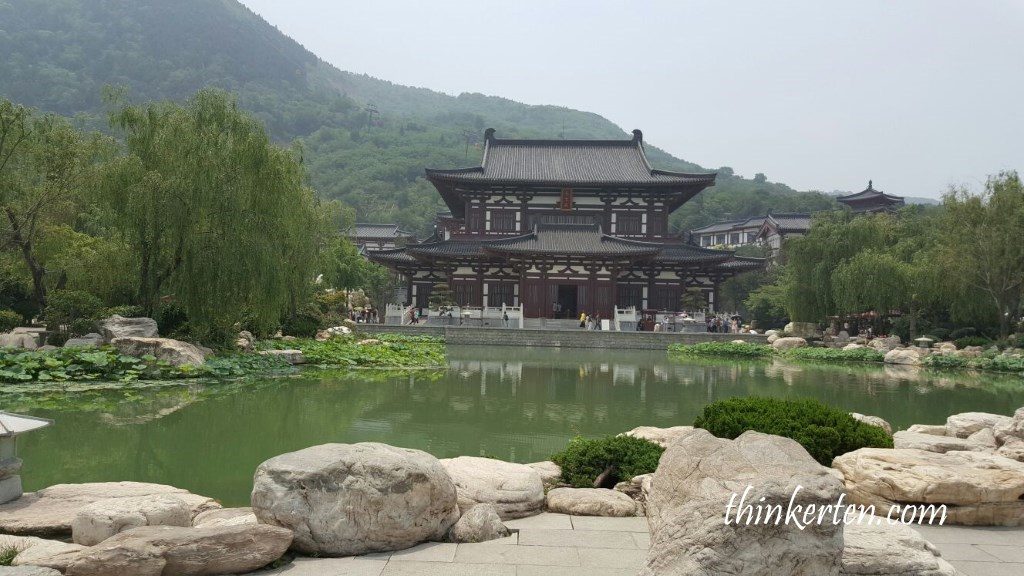 Huaqing hot spring was built by Emperor Xuanzong of the Tang Dynasty as part of Huangqing Palace for his favorite concubines, Yang Gui Fei.  The bathing pools for Emperor and also Yang Gui Fei are well preserved till these days. 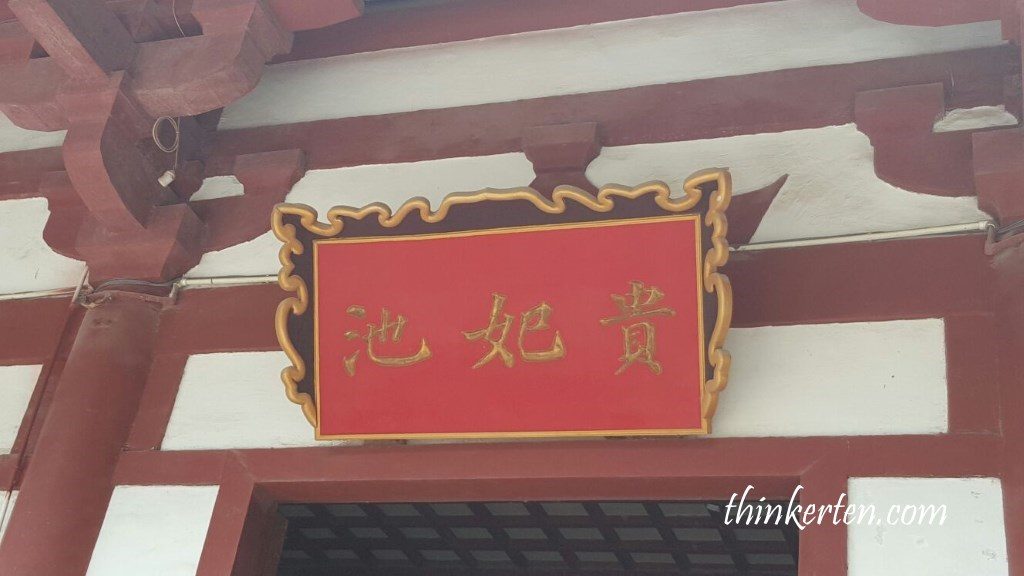 You have to go into a sheltered halls to see the real pools of Emperor and Yang Gui Fei used to taking their bath in the ancient times.  You will be amazed how big the pools are for the Emperor and his concubine.  The below pond is not the bathing hot spring for Yang Gui fei.  It is just some garden ponds outside the real bathing pool. 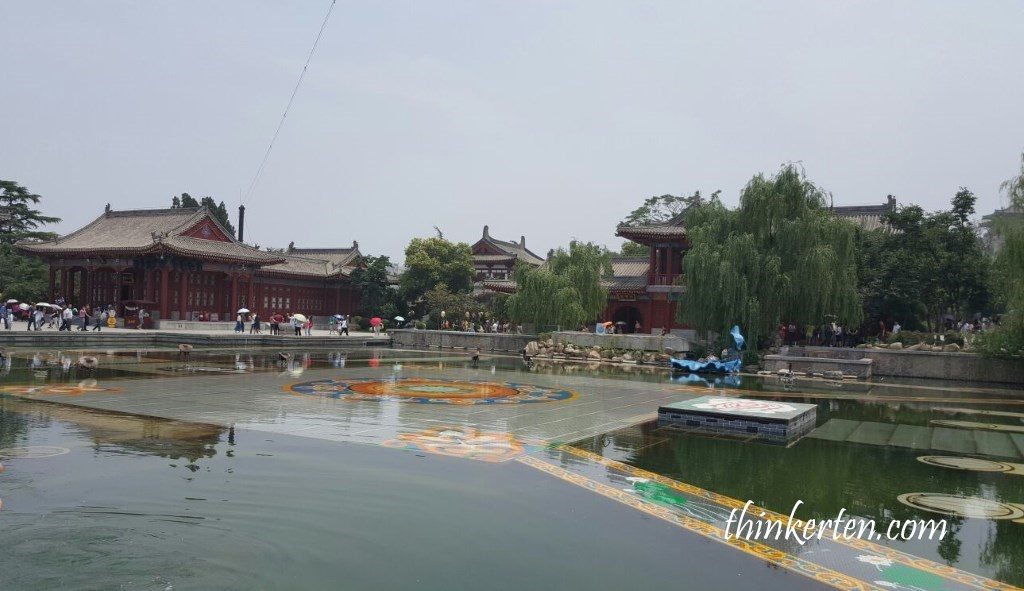 Outside the Huaqing Hot Spring, there are some scenic spot to look at the city view and the mountain view with some temples. 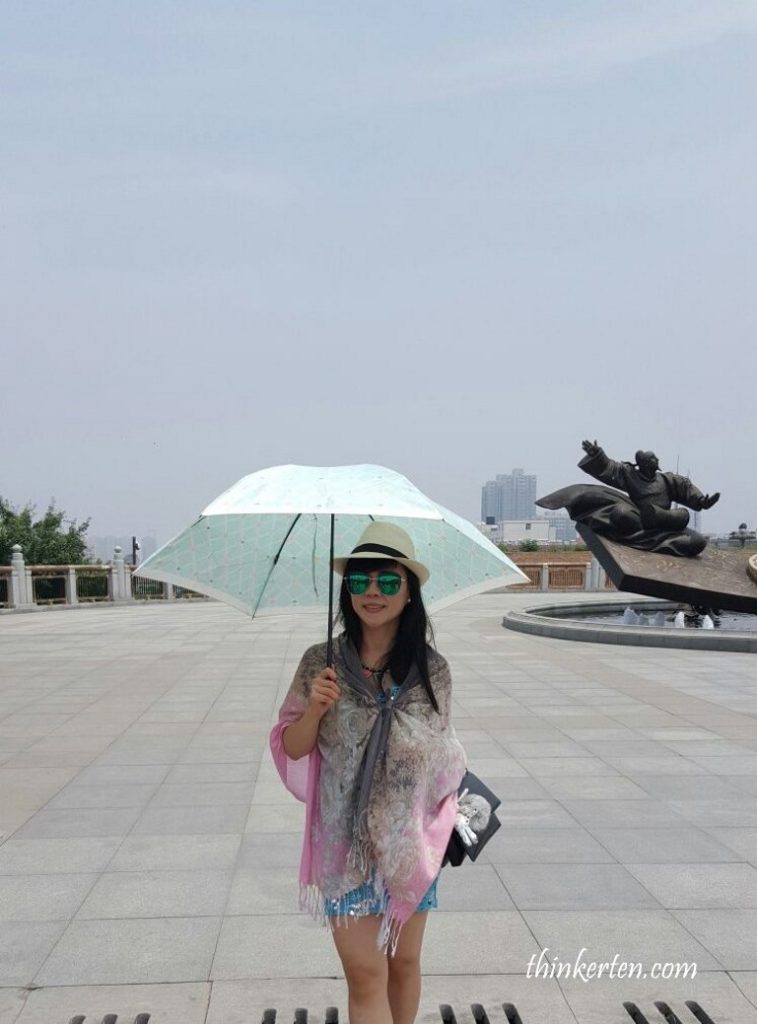 This is the highlight I have been waiting for.  I cannot wait to explore the most significant archaeological excavation of the 20th century.

This is the best place to listen to interesting story about Qin Shi Huang who at the age of 13 became the Emperor of all China and started to build his mausoleum.  The terracotta warriors is a form of funerary art buried with the emperor whose purpose was to protect the emperor in his afterlife.  If you look carefully, not a single terracotta look the same.  Pretty amazing. 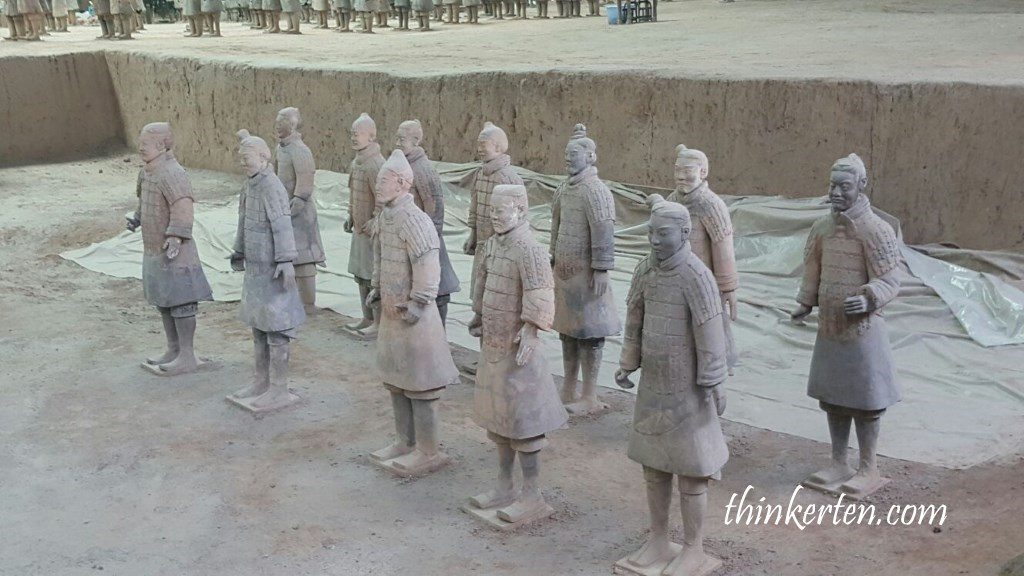 A group of farmers found some figures while digging for a well nearby the royal tomb in 1974.  It caught the attention of archaeologists and they came to Xian to extend the digs. The archaeologist then confirmed these artefacts were associated with the Qin Dynasty.  The figures include warriors, chariots and horses. 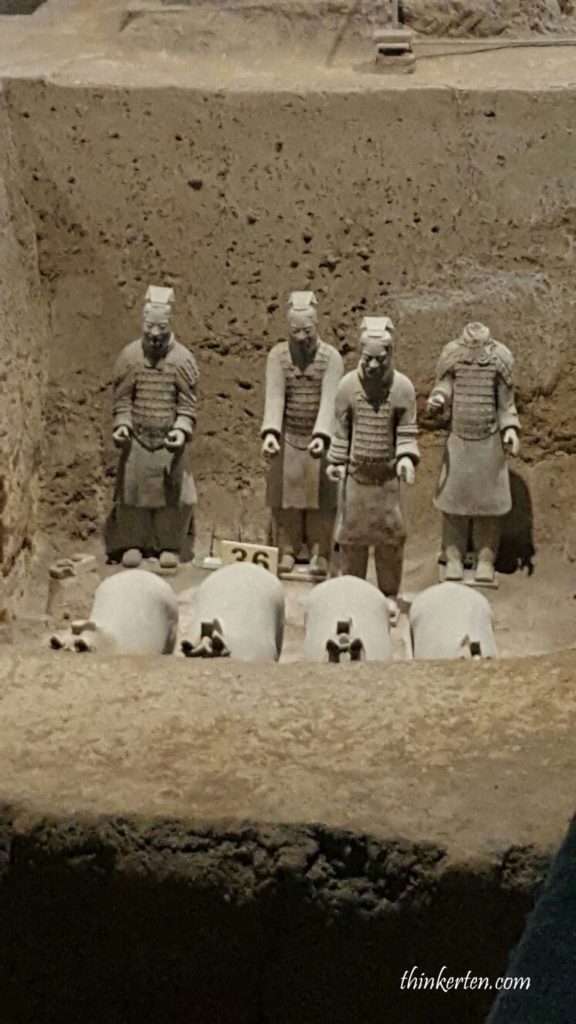 It is interesting to find out the terracotta figures are life-sized, different in height, uniform and hairstyle in accordance with their rank.  There are few pits you can visit in this area and beware of your belongings.  This place is crowded with tourist till you cannot even move.

The Emperor Qing’s tomb is still remain unopened and the decision to whether to explore the tomb anytime sooner is all depends on the Chinese government and the technological process.  Colors of the Terracotta figures were faded within minutes after the archaeologists dig it out so they are still waiting for a better technology to dig the Emperor Qing’s tomb, else too much damage would happen. 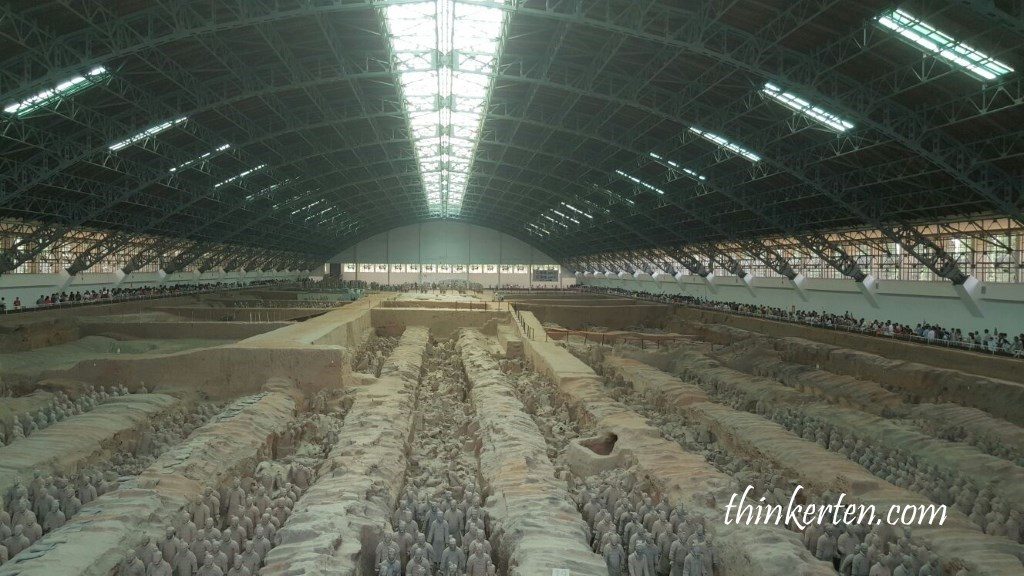 This is an amazing experience to witness 8000 hand made warriors and placed them together, each has its own individual look.  I cannot believe this was done 2000 years ago.  It was brilliant to use only clay/earth, even the clothing of the terracotta was made in clay so we can still see the whole thing.  If silk was used for the clothing, we would not be able to see the complete figures after 2000 years. 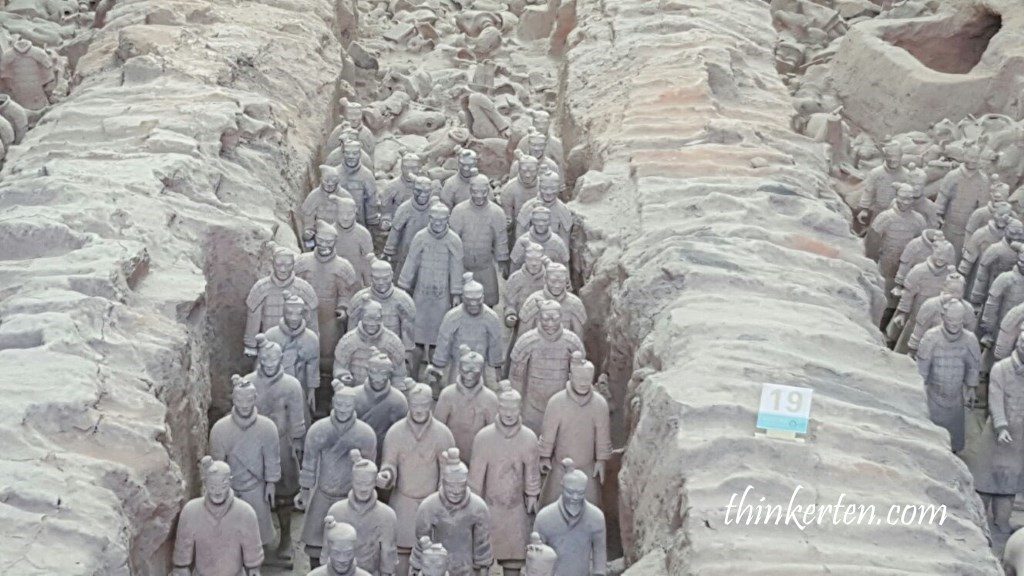 We had dinner at the theater before watching the Dynasty Tang Concert. 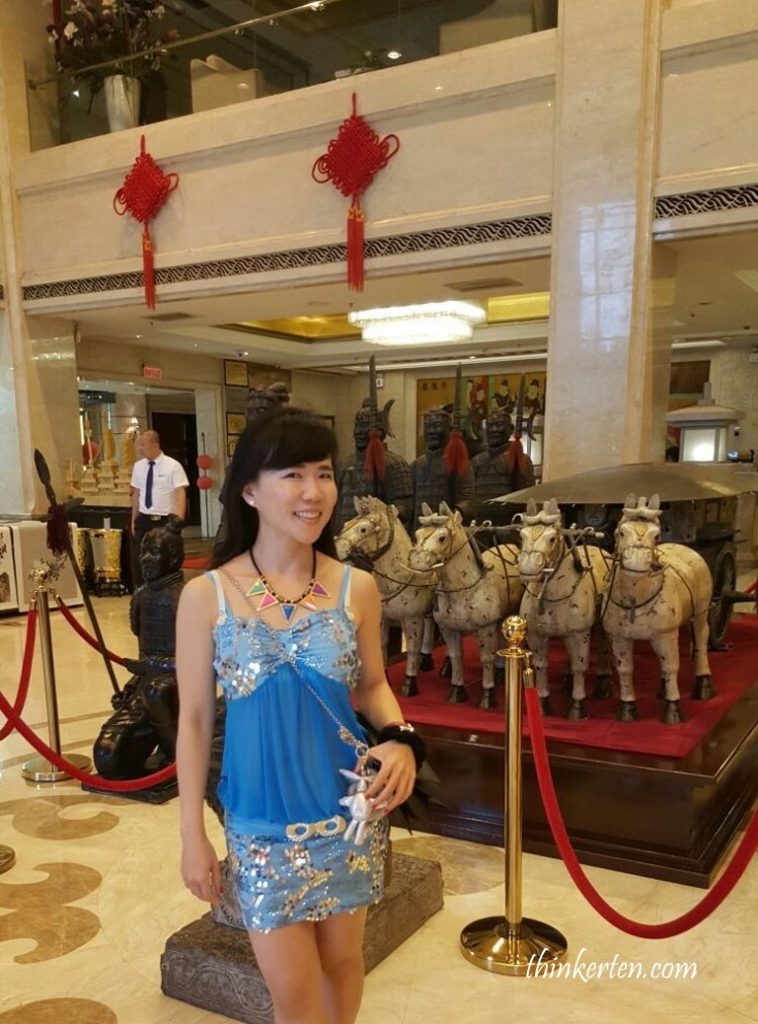 This is a colorful performance showing the era of Tang Dynasty.  There are two screens showing English translation on your right and left. 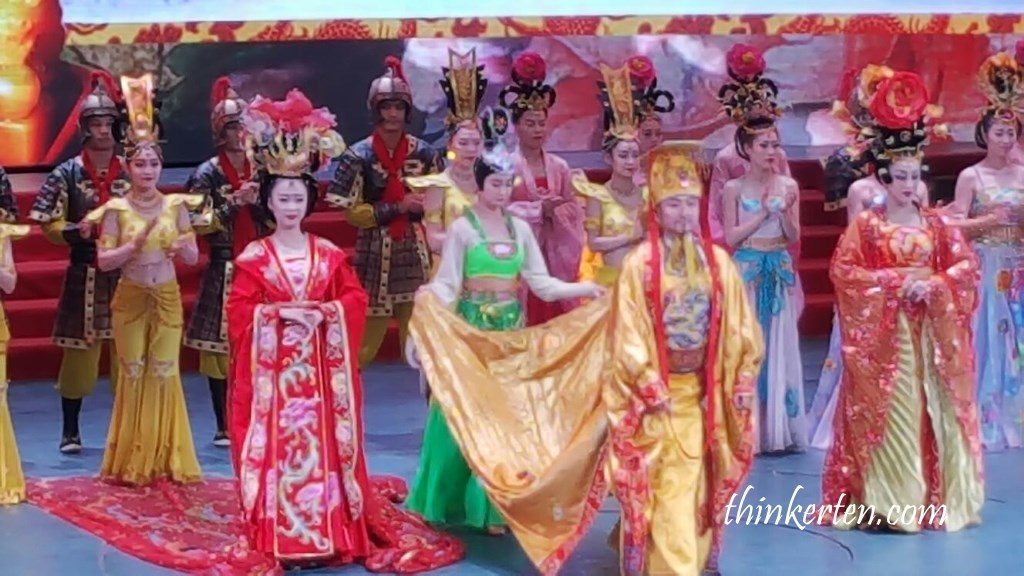 China Xi’an 3 – Life in Rural village in Shaanxi , see it yourself the OLD and NEW village!