Amsterdam is famous for its canals, beautiful houses, “coffee shops” and Red Light District.  Having a canals cruise is a must to enjoy the introduction of the whole city.  Oh yes, this is a bicycle land too, thousands of bicycles ride on the street of Amsterdam which may shock you.  In fact, riding bikes in Amsterdam is the safest in the world, because there are strict rules to follow such as no riding bike if you are drunk and bikes must have lights on.

The “coffee shop” here refer to selling marijuana which is legal in Amsterdam.  The portion that sold is only for personal consumption, not more than 5 grams.  So when you see the sign “coffee shop” it has other meaning instead, not really a place to get coffee.

Amsterdam’s Red Light District is well-known around the world.  I leave it to you to discover yourself.

Some decoration on the building to celebrate football world cup in the busy street of Amsterdam. 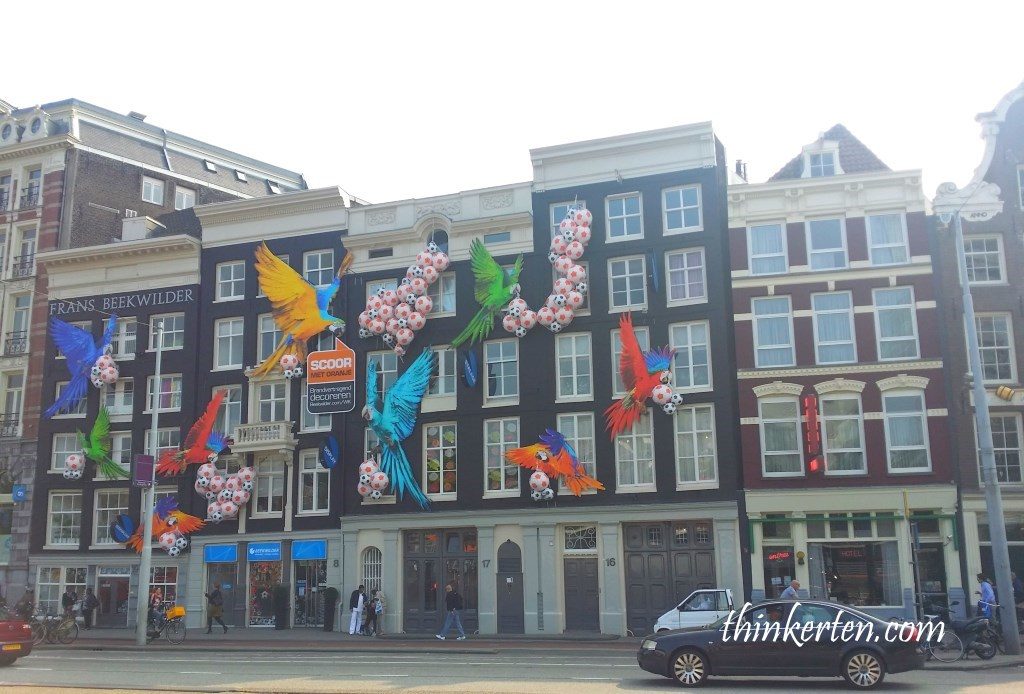 Do you know Amsterdam is below sea-level

Half of the country lies below 1 meter above sea level, with an eighth of the country lying below sea level. Without an extensive network of dams,the city would be especially prone to flooding.

Have you notice there is always the suffix “dam” added to the name of many Dutch cities?  Such as Amsterdam and Rotterdam etc.  Dam mean “barricade” in English. 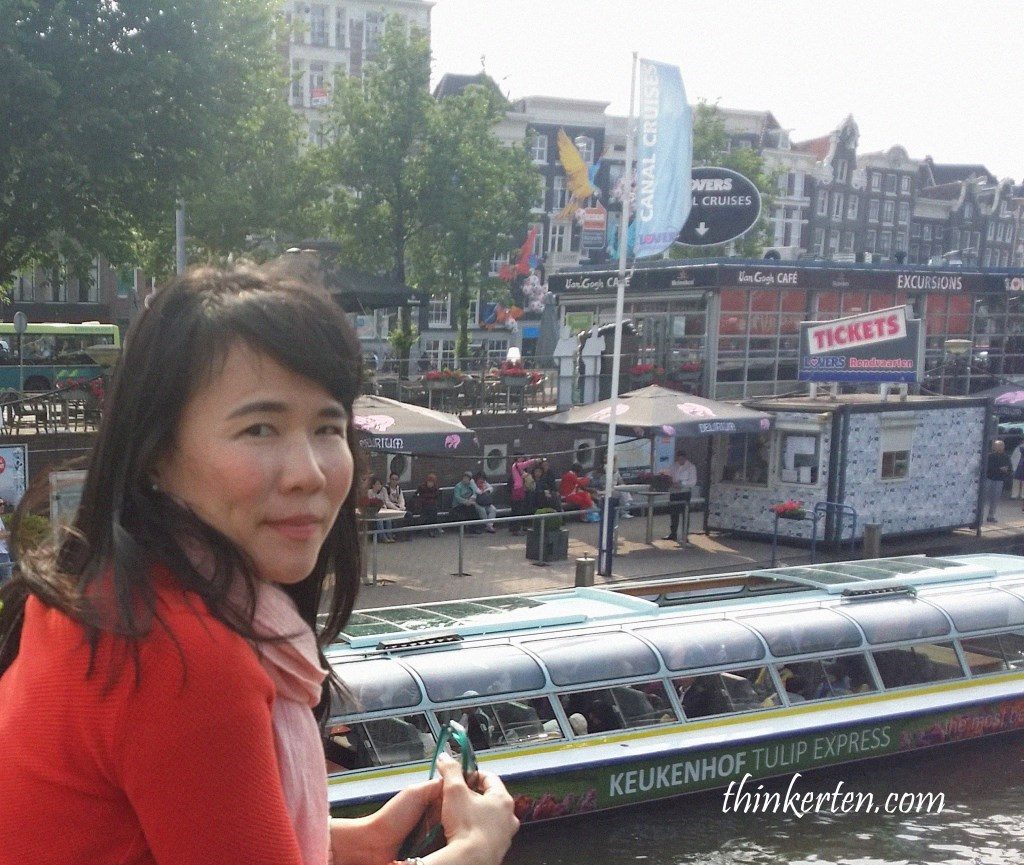 I was waiting to board on the canal cruise which only took one hour.  The city of Amsterdam is the city of canals.  It was summer but cruising in the canal can be quite cold also. 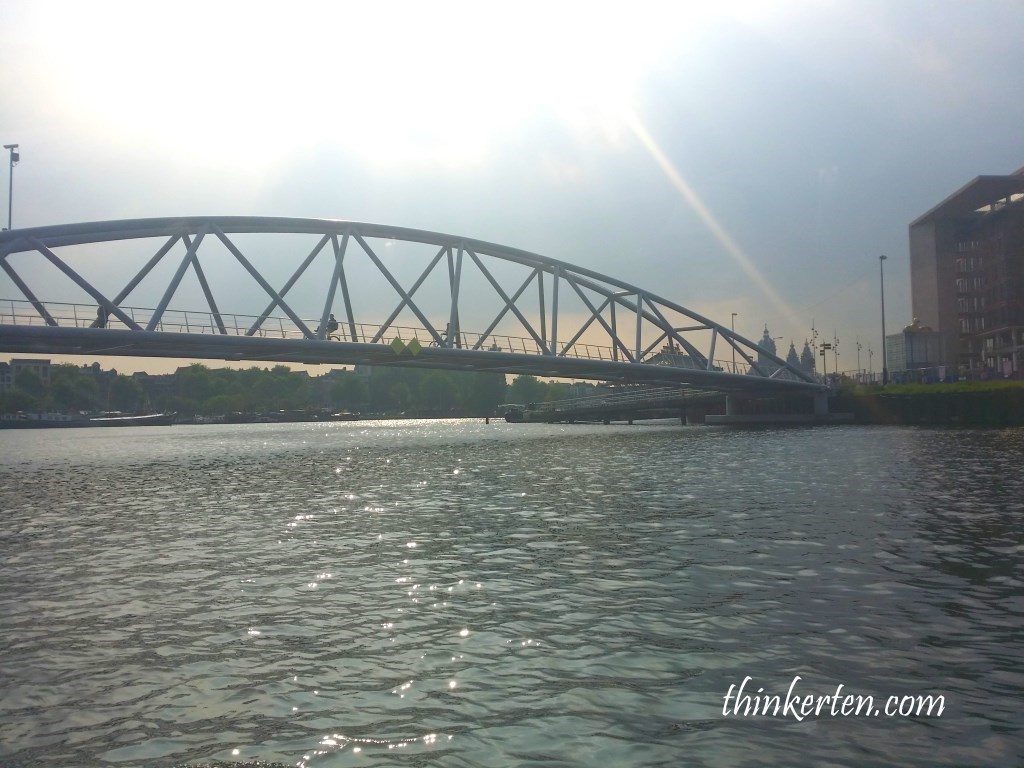 The cruise is an interesting way to discover Amsterdam and to check out the fantastic scene and architecture building around the whole city.  It was a clear day so I was lucky to have a good view while cruising in the canals. 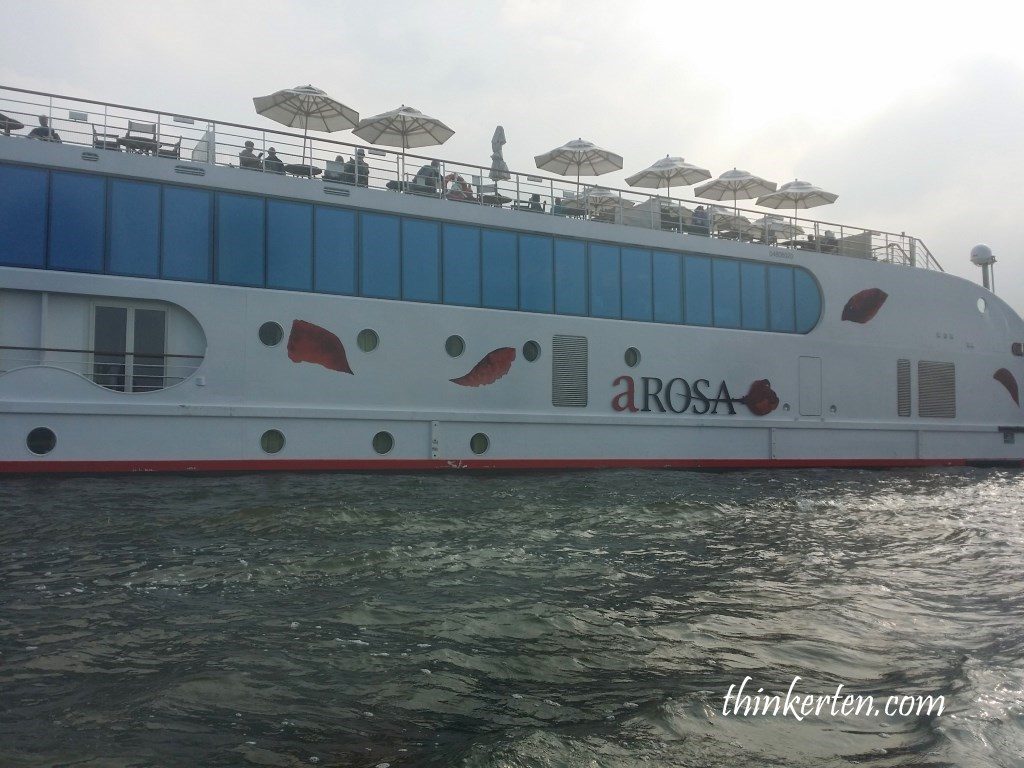 Saw few big cruises around the harbor, the one we board on is pretty small, not this big. 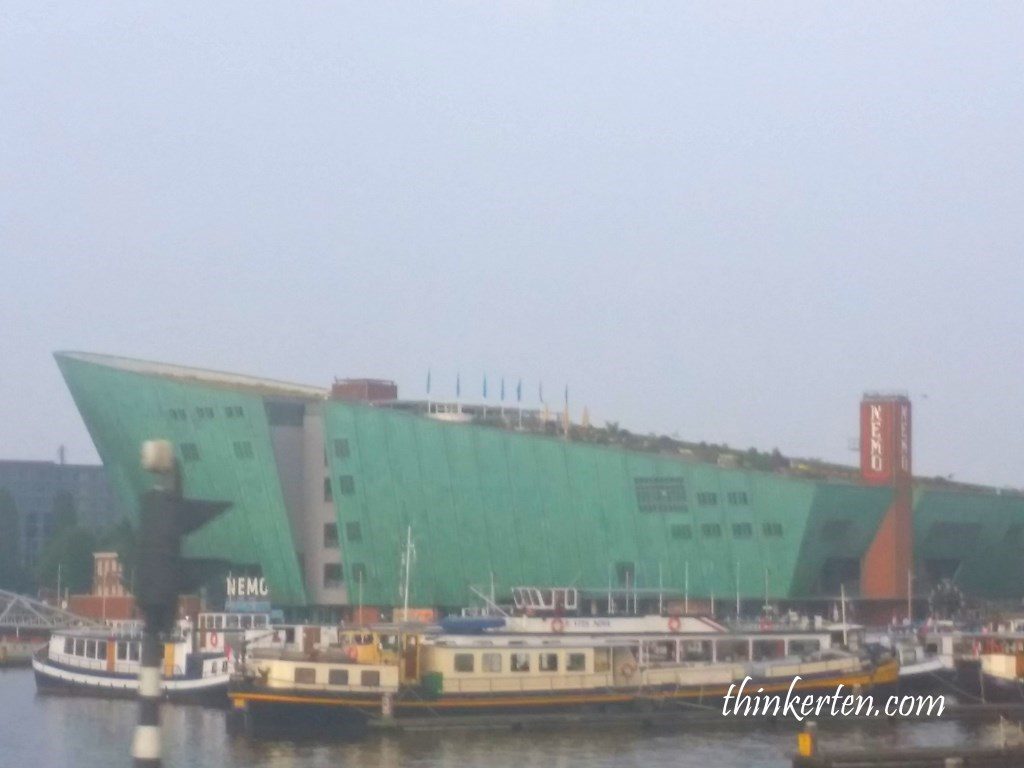 Amsterdam has 165 canals. There are 165 Amsterdam canals that combine for a length of over 100 kilometers. The Canal Ring became part of the UNESCO World Heritage list. 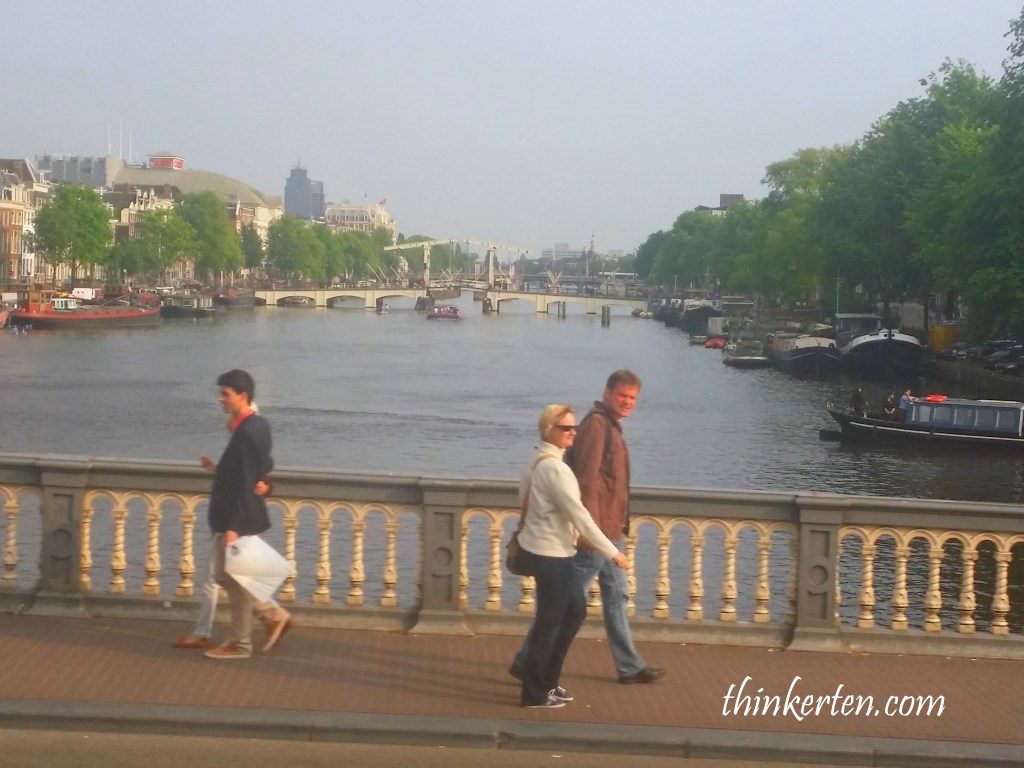 Dam Square is a town square in Amsterdam it is one of the most well-known location in the city. It was full of people at the Dam square when I arrived at the late afternoon. People were sitting and waiting for someone, looks like a meeting point. 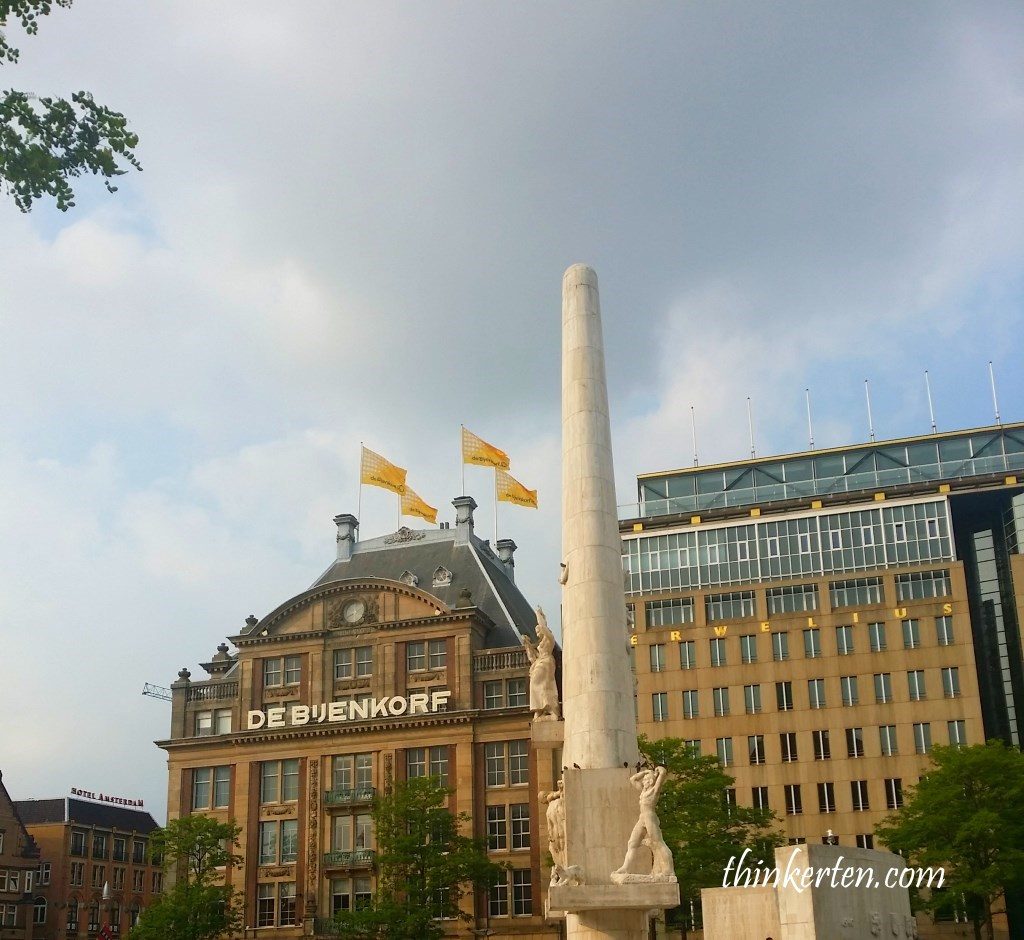 There is nothing much in the Dam square except you will see a tall monument called National Monument which was used to remembered the dead in a World War II.  Around the pillar there are four male figures, representing the suffering endured during the war.  Around the Dam Square, there are many shops where you could shop and dine in.  Quite busy place I find and not so much for me. 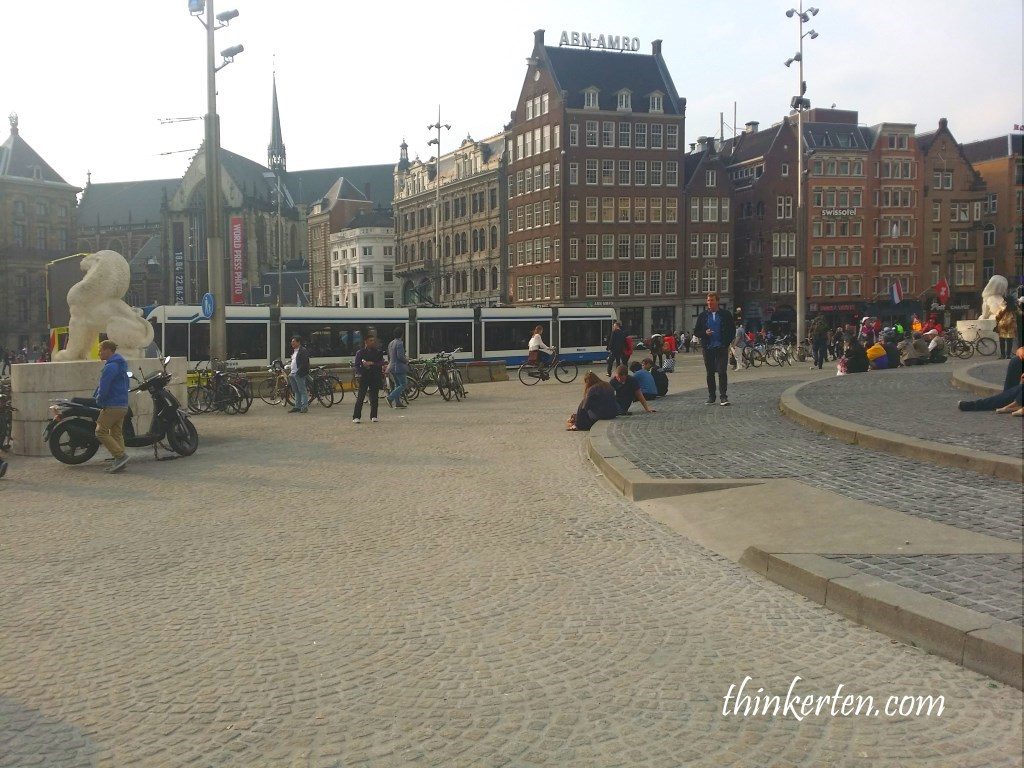 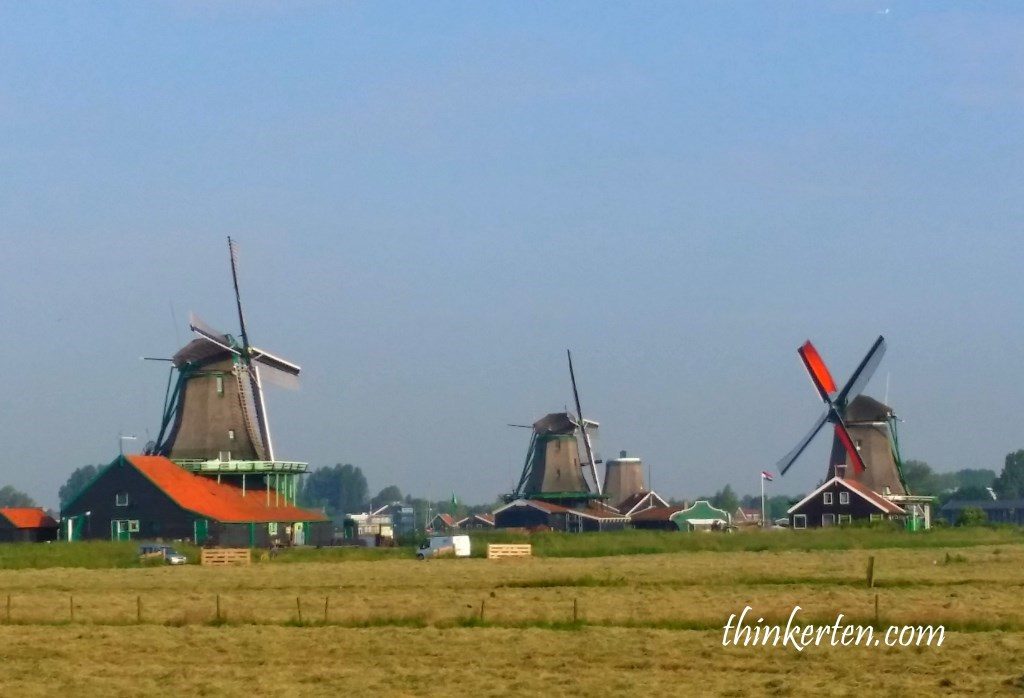 When you talk about windmill, you would relate to Amsterdam.  Yes, Zaanse Schans is a beautiful town that is very special with so many windmills which are very well maintained and beautiful to the eye. 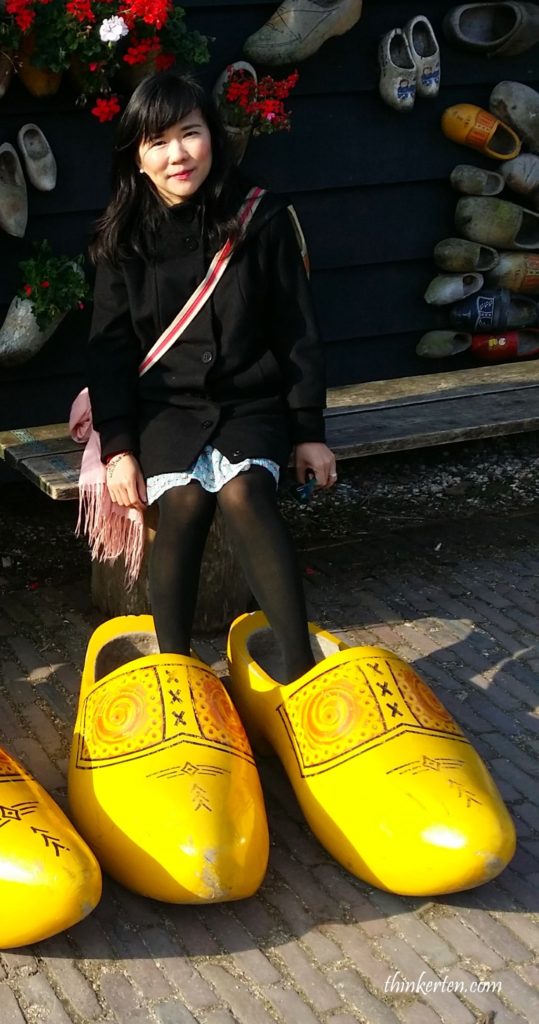 Zaanse Schans was at one time the original site for industry in the entire world. The windmills provided natural energy for the production of oil, paint, tobacco and other products. 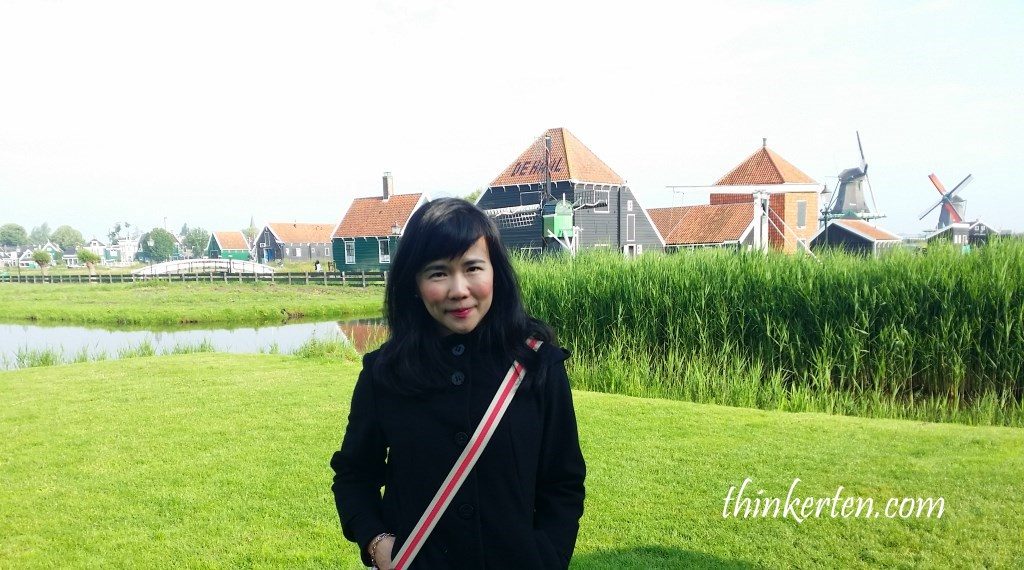 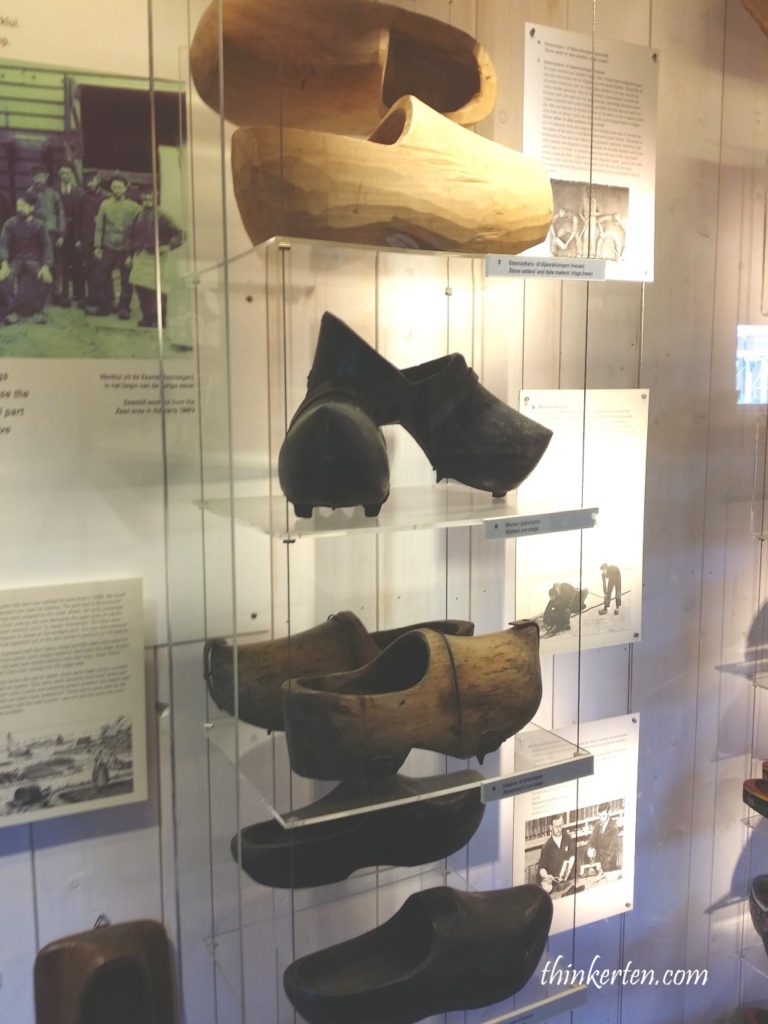 Went inside a workshop at Zaanse Schan, a Dutch guy showing us how to make the clog shoes from the wood.  You will be surprised how fast he turned the wood into a pair of clog shoes, less than 5 mins. 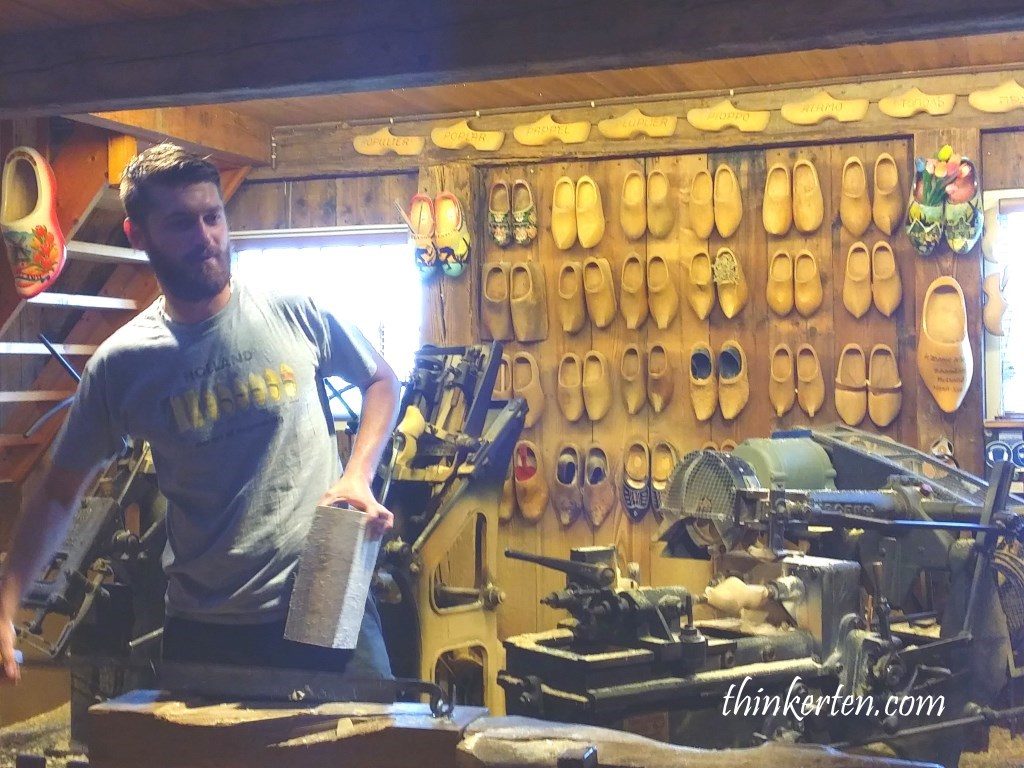 Do you know why Dutch wearing wooden shoes?

The Dutch began to wear shoes made of wood because they could be made cheaply and could withstand laboring conditions. Wooden clogs were very useful for Dutch hard laborers, especially farmers and fishers in the old days and it can protect the whole foot. 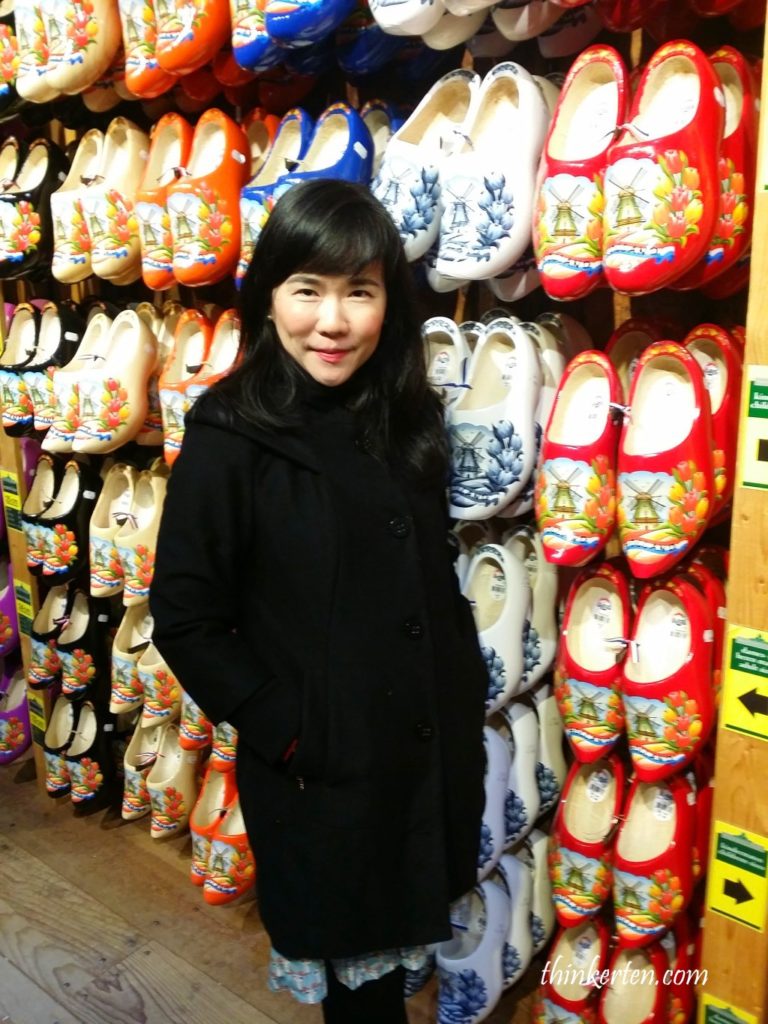 Why so many windmill in Holland?

Centuries ago, windmills usually were used to mill grain, pump water, or both. In shorts, windmills are built to convert the energy from the wind. There are still over a thousand windmills in the country. 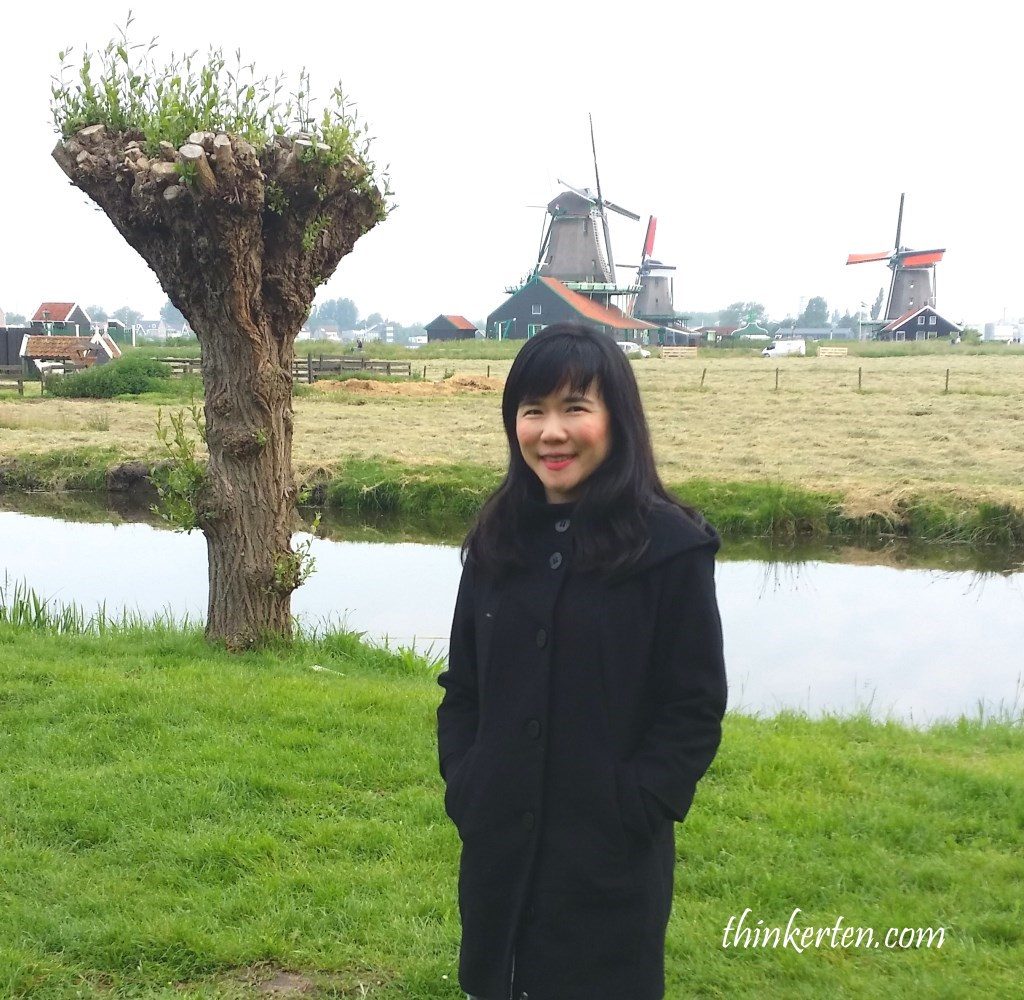 To me, this is more of a open air museum, you could take whole day to explore this place. 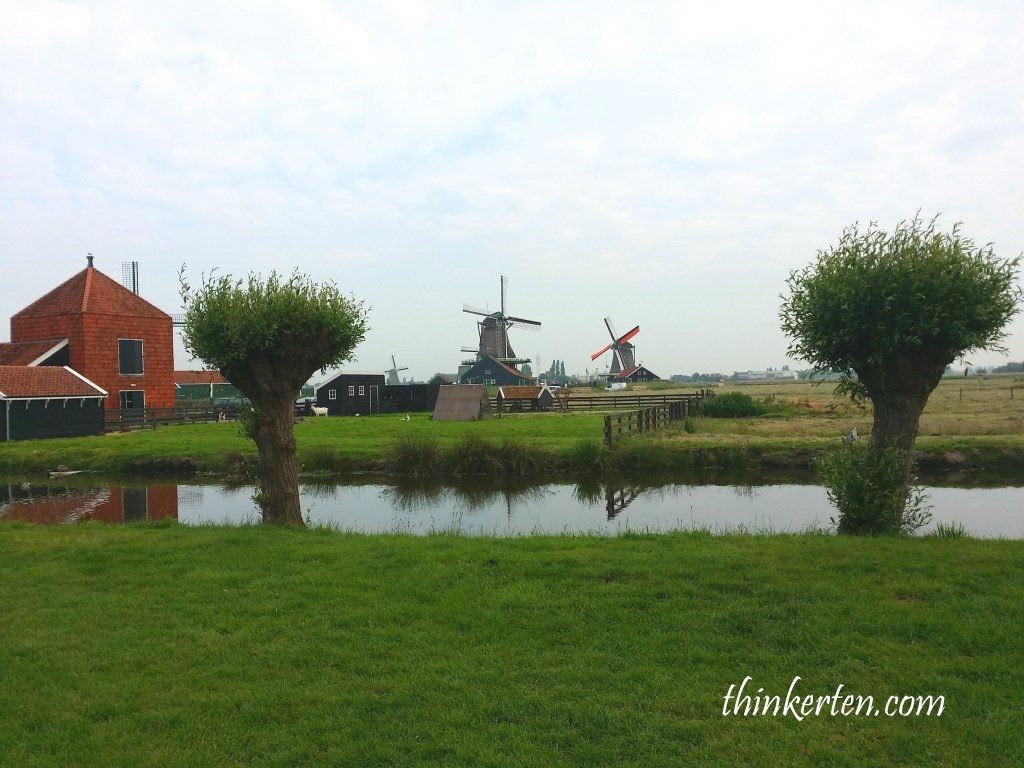 The whole place is well-maintained, clean gardens, trimmed grass and many bridges leading to people shops and houses. 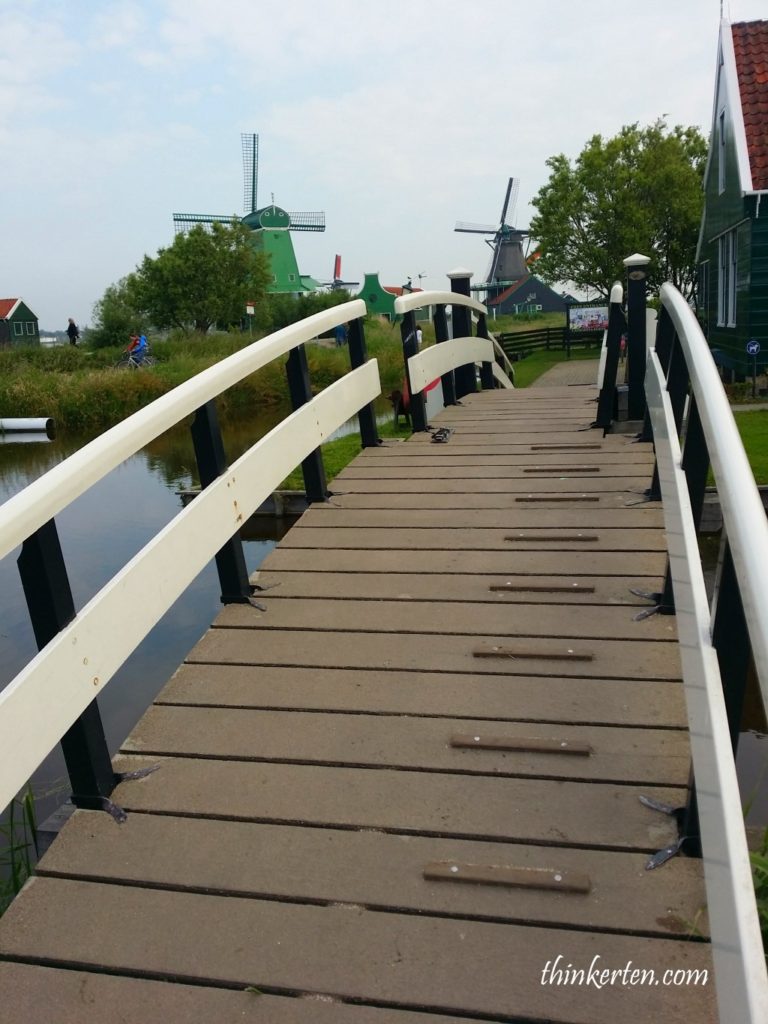 Beside the windmills, you also get to see the beautiful  old farm houses, quite serene and peaceful if the days has less tourists. 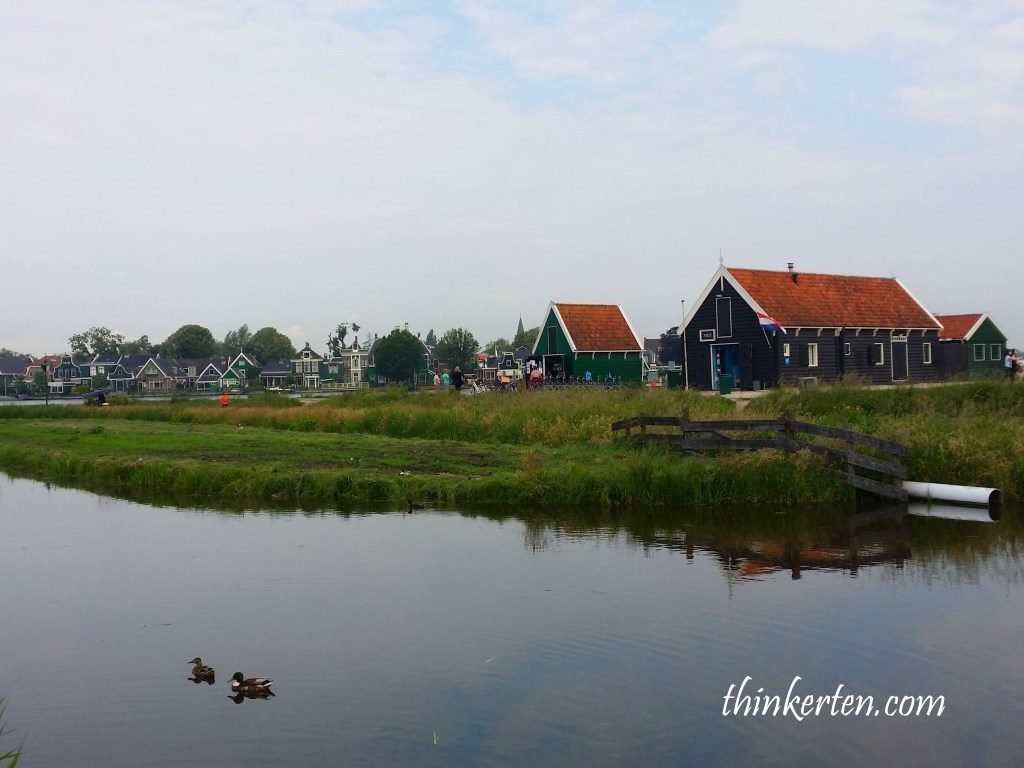 Visiting cheese factory, tasted and bought a goat cheese but it turned bad as I did not consume early when arrived home.  Oh yes, this place also sell chocolate and waffles, try out the famous waffles and do remember to get some as souvenirs for friends and relatives. 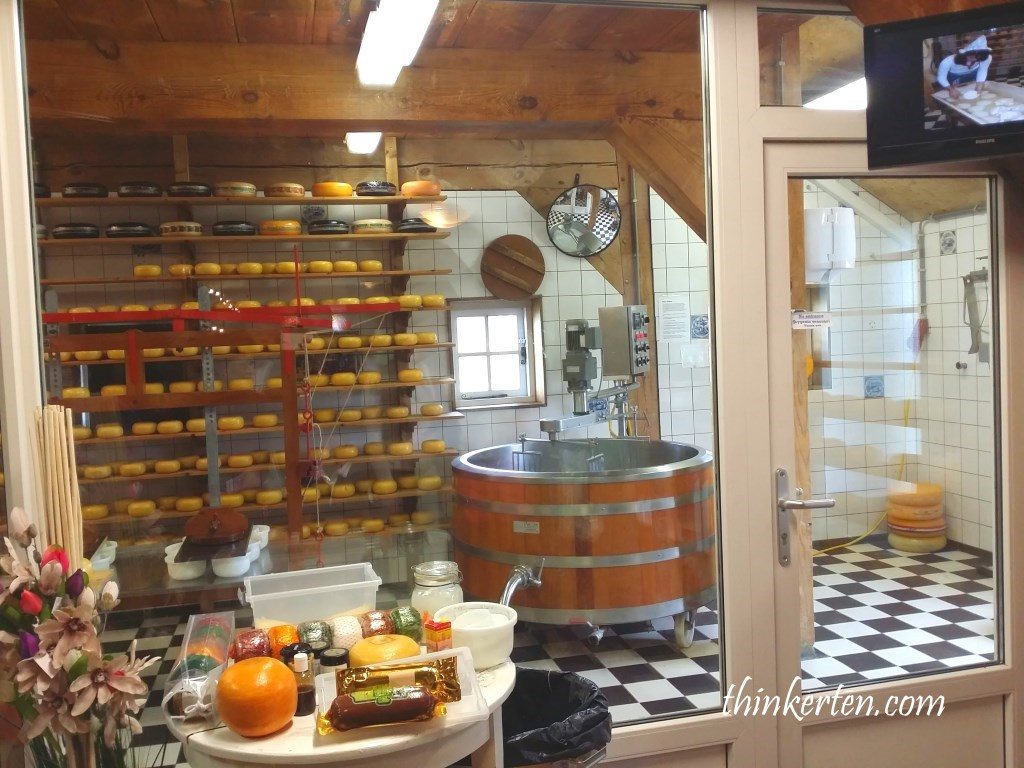 Final tip is go early to avoid tour buses, the place can get very crowded and may disturb your mood. 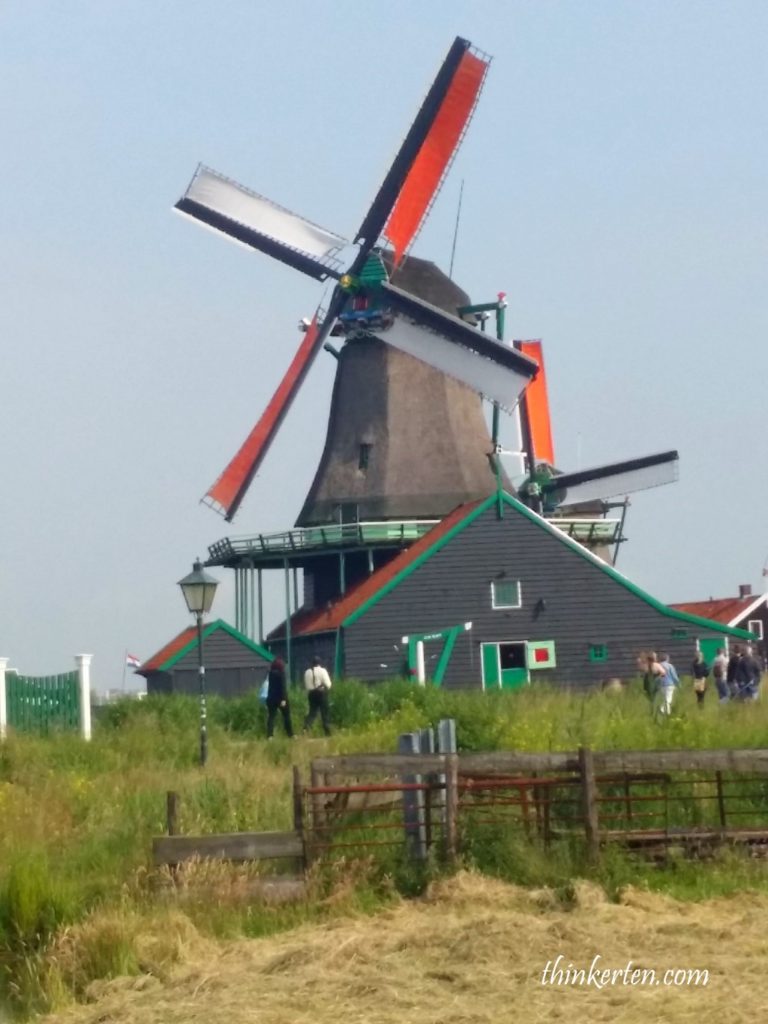 Generating wind power from the Wind Turbines, the Dutch way. 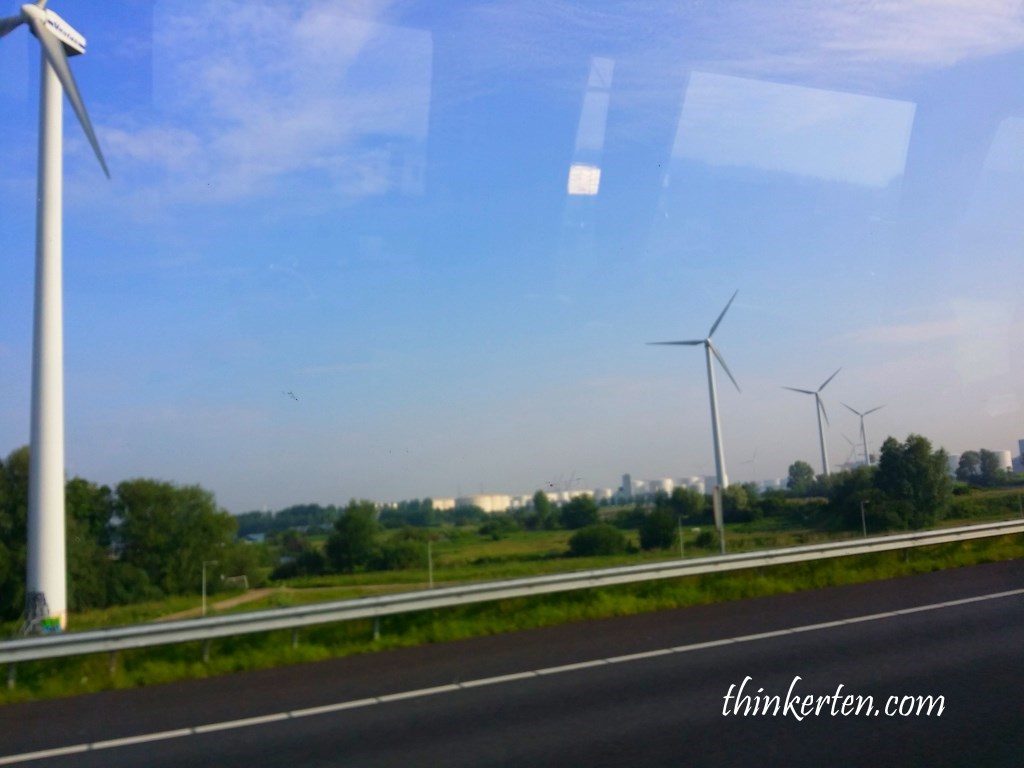 Amsterdam has a long heritage of diamond trade and industry – the city has been a major diamond centre.  Since we were here so we visited the diamond house located near the city area.

It is interesting to see how craftsmen cut and polish diamonds.

Self Drive in UK : Bourton on the Water, Gloucestershire – voted as one of the prettiest village in England