Coffs Harbour is known for its banana plantations, holiday resort apartment & beaches.  There are several popular beaches in Coffs Harbour, such as Coffs Harbour Beach, Jetty Beach, Diggers Beach and Park Beach. We stayed in Park Beach but I will blog about Park Beach in another post. 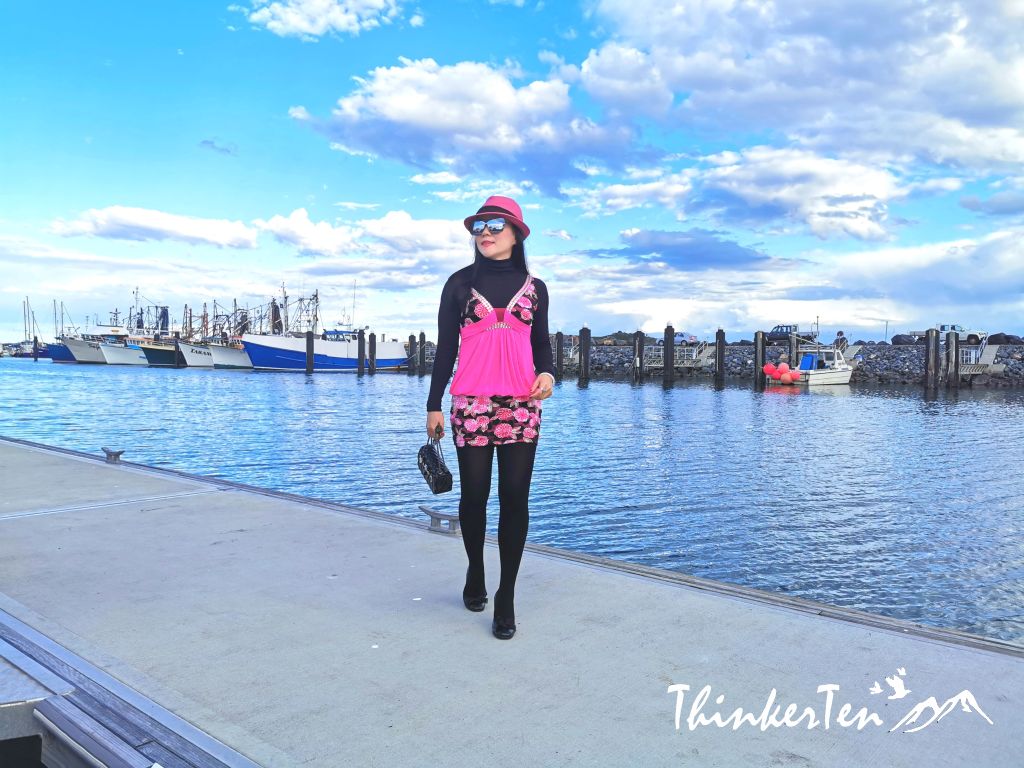 This marina is worth the time to take a stroll and soak up the beautiful sunset. The yachts, fishing boats, and seabirds do make a good backdrop for the photos. 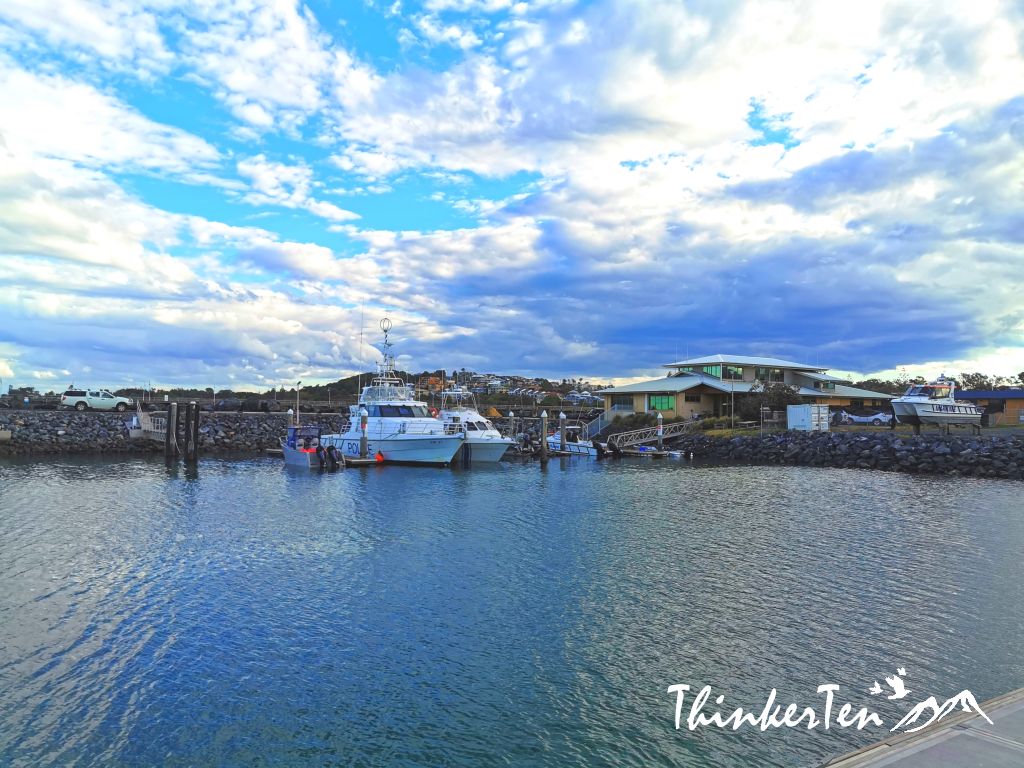 The Coffs Harbour Marina precinct has café’s, restaurants and retail specialty stores including a chandlery and surf shop. You can also go whale watching in season (June to November). 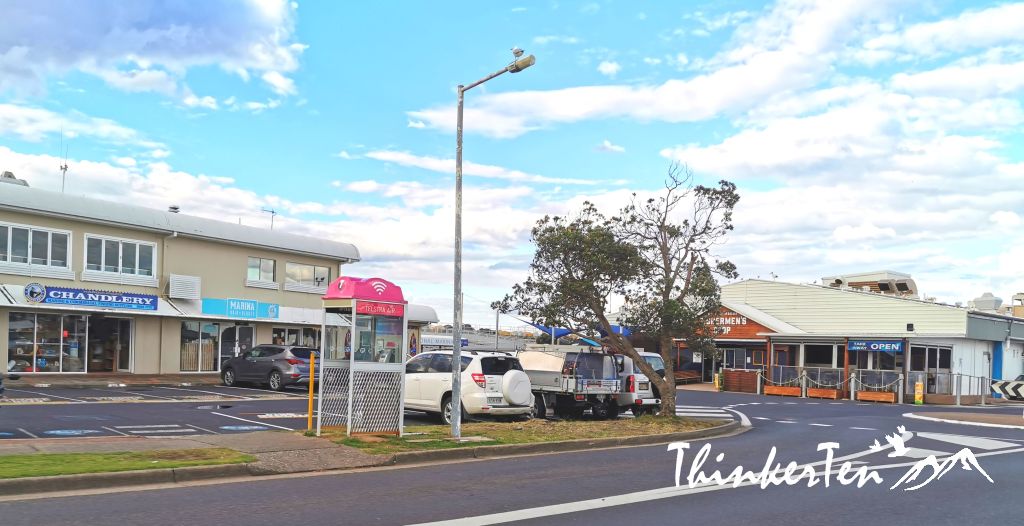 You will notice lots of holiday resorts in Coffs Harbour as this area has a mild climate even in the winter, the weather is pretty warm. 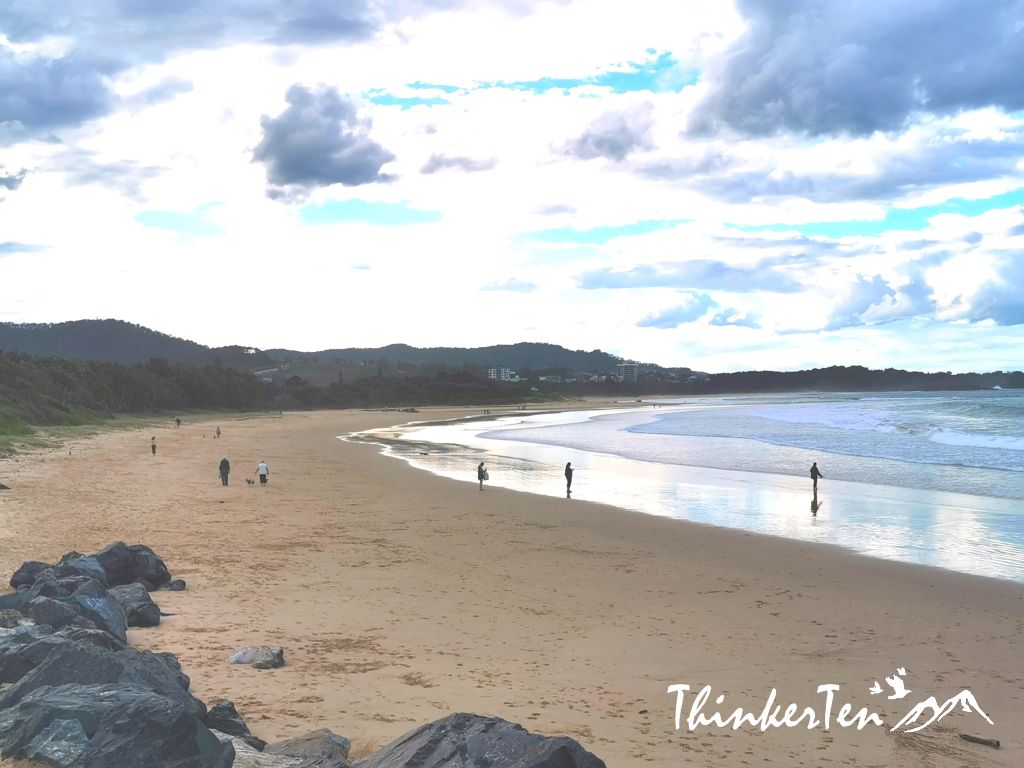 The name Coffs Harbour came from a guy named John Korff, who named the area Korff’s Harbour when he was forced to take shelter from a storm in the area in 1847.

Some other outdoor activities that may interest you in Coffs Harbour:

1. Sealy Lookout and Forest Sky Pier
– You will get the best views of Coffs Harbour which will include, rainforest, town and sea view.
– It offers an outstanding aspect overlooking the city of Coffs Harbour and extending outwards to the open ocean.
– No fees

2.The Clog Barn
– Dutch Style building which includes a miniature model Dutch village, windmill and railways.
– You will see clog making demonstration (base on the timetable)
– Free

–  Fees apply
– You will enjoy watching dolphins, seals, and penguins here.
– Sea creatures here are rescued due to injury that cannot be returned to the wild.

–  Free
– Explore the areas of Aboriginal culture and history
– Whale Watching during seasons of migration. 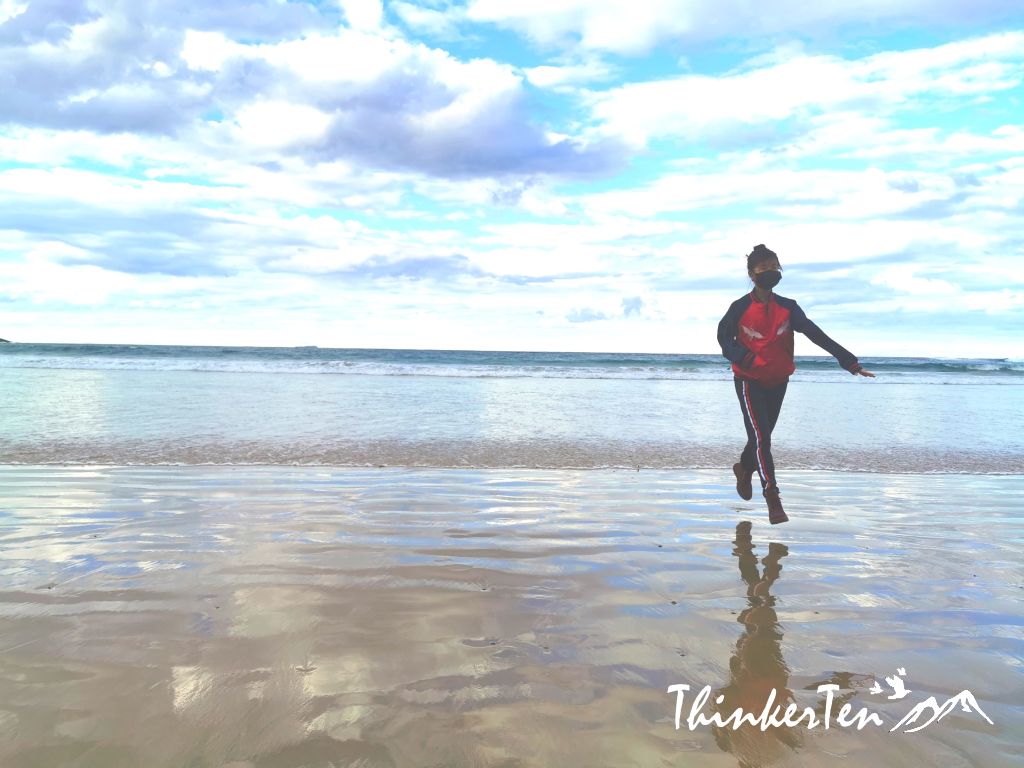 Some other things you may like to do if raining: 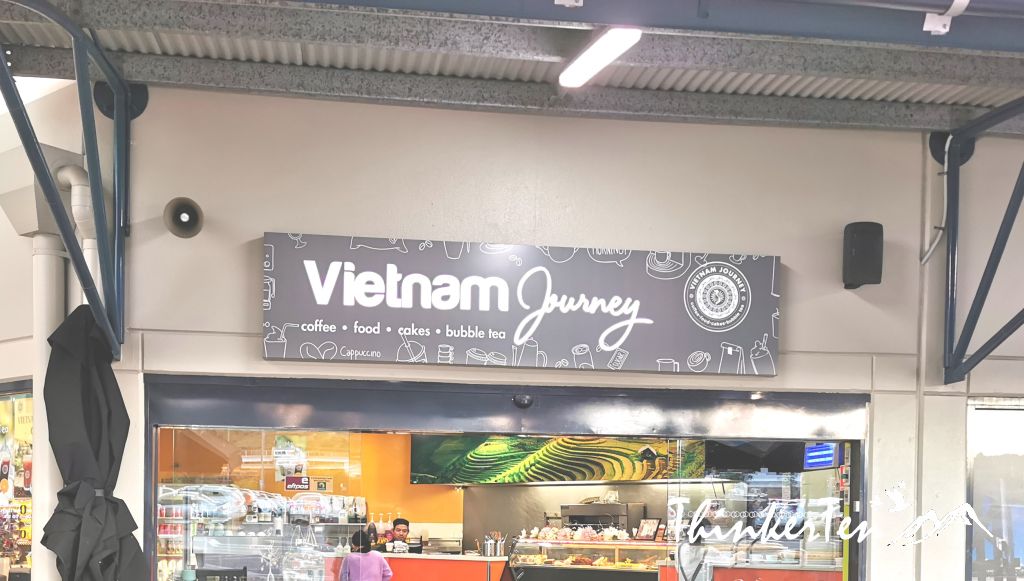 We prefer to have some Asian food for our dinner so end up in one of the local shopping malls, having Vietnamese at Vietnam Journey.  Let’s see what we ordered. 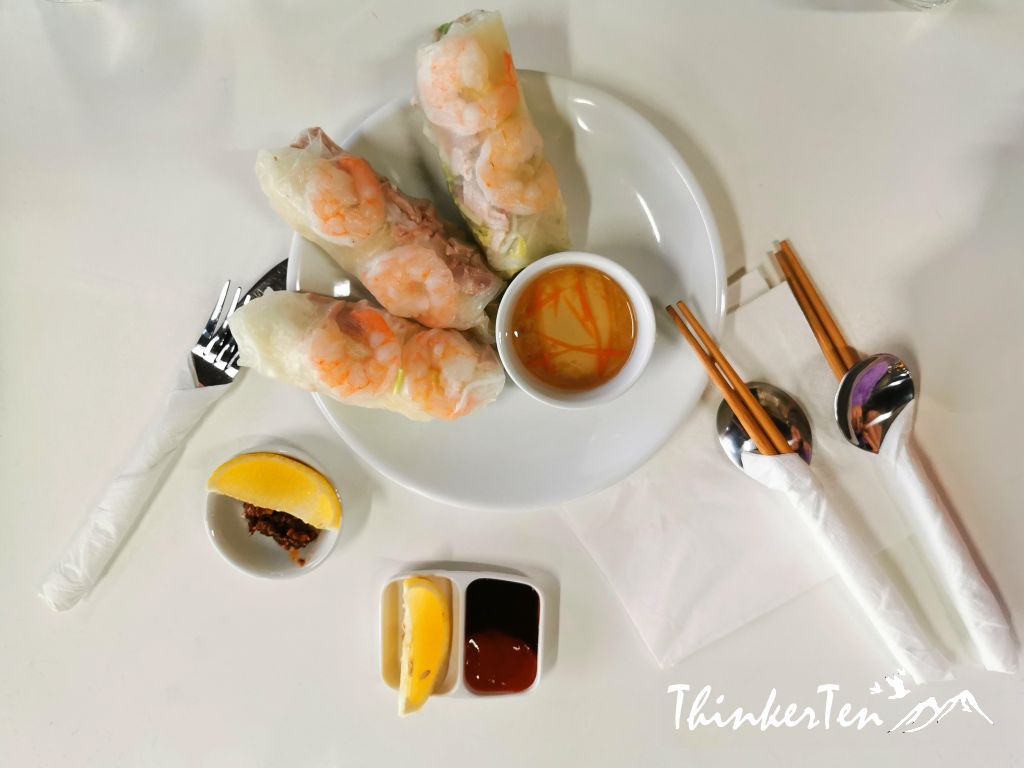 After our dinner, we went into Woolworths, Australian called it “Woolies”; a local supermarket to get some snacks, drinks, and desserts.

Special tips:  You may want to get drinks and cooked food such as roasted chicken (Just Aud $ 10.00), salad, fruits and drinks for the picnic lunch during your Australian road trip.  Do not expect lots of varieties of cooked food in the bento like those found in the supermarket in Japan.  Over here, the choices aren’t that many, most foods are not cooked.  Oh yes, do get a bottle of chili sauce (available at Woolies too) to dip with chicken.  I know fellow Singaporean and Malaysian love dipping chili when having your roasted chicken. 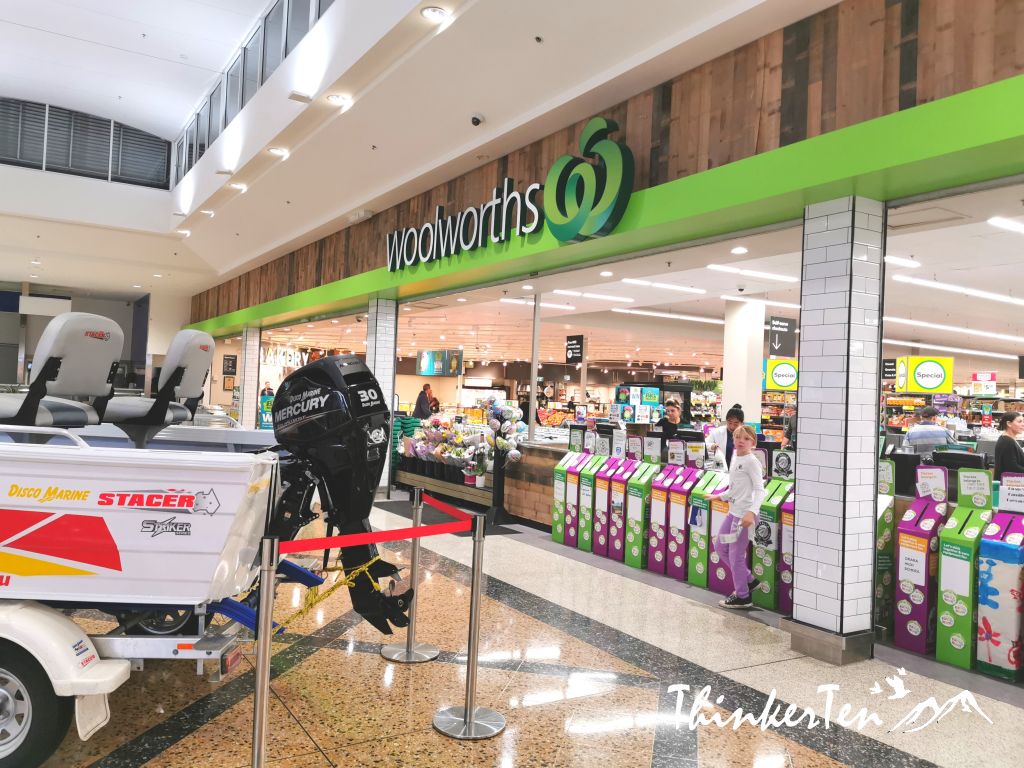 This is a retail chain of liquor stores owned by Woolworths Limited.  So it is not surprising to find it next to Woolies. Unlike the Japanese supermarket or UK and Europe supermarket, you cannot find liquor in the local supermarket in Australia.  Usually, you have to go to the next door (not in Woolies) which only specializes in liquor. 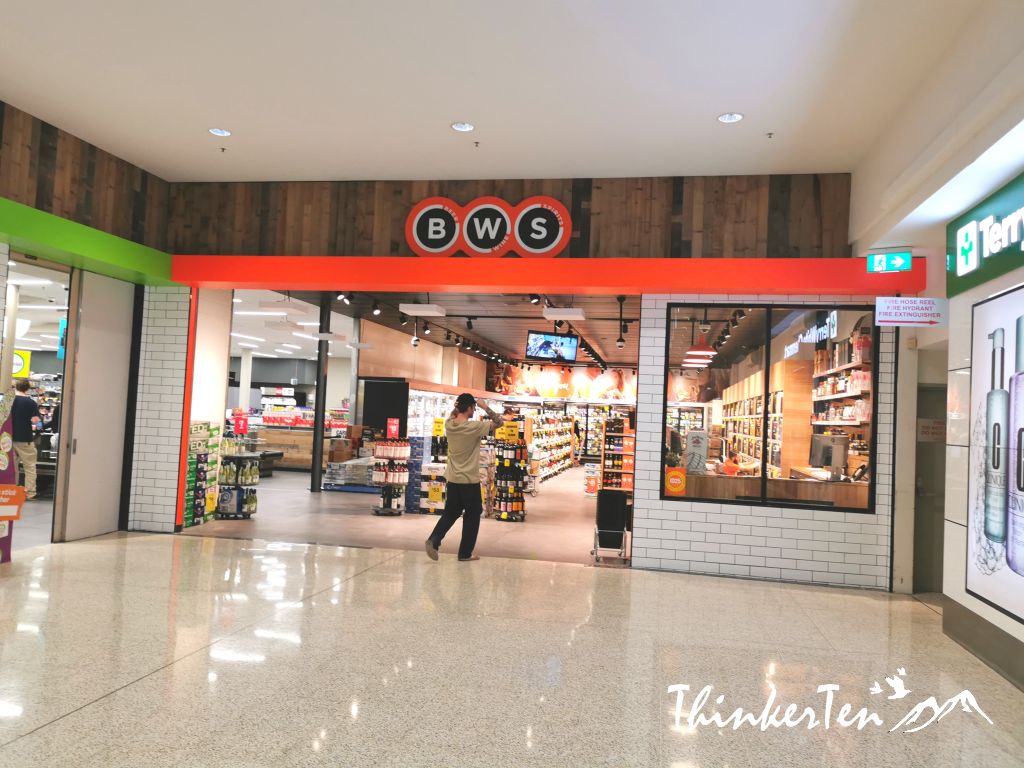 This is what we bought from Woolies, some snacks, dessert, fruits and drinks. 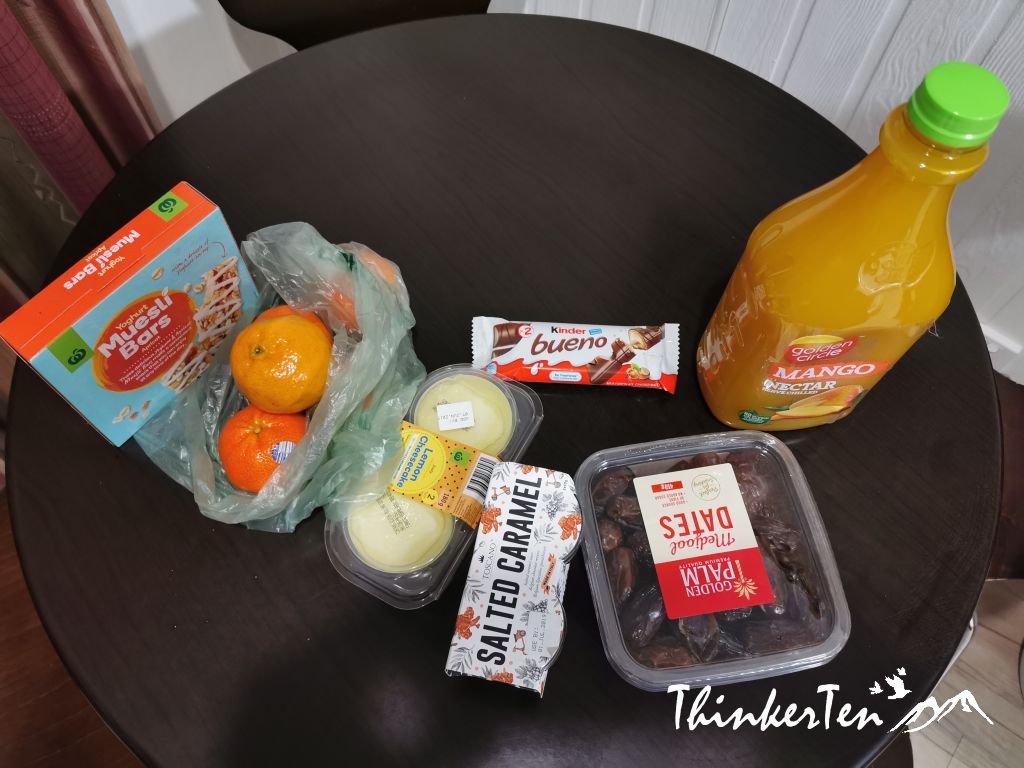 Blue sky, beaches, holiday resorts, yachts, and banana plantations (The Big Banana) are what I can think of in Coffs Harbour.  This city is a nice stop between Gold Coast and Newcastle / Sydney.

Such an amazing place wow the skyline is so beautiful. Also you are making me so hungry with all that food

What a great post! Thank you for all of the details.

Such a pretty place. My husband is an Aussie.

Love the clouds in your photos! Looks like you had a lovely time on your stop over!

Awesome place to visit. I would love to take a stroll and soak up the beautiful sunset. The yachts, fishing boats, and seabirds are beautiful.

Looks like a quiet and charming place to visit. Anything close to the sea is gorgeous.

I’ve never been to Australia yet but i really can’t wait to go there, i hear and read how gorgeous the place is…Can’t wait.

I have not travelled this part of Australia by car. Although I love the seaside, I wouldn’t mind seeing those banana plantations.

I’d like to see a clog making demonstration. The photos are lovely.

What a beautiful destination! All of those photos are gorgeous and the sky is so blue -Sondra Barker @cuisineandtravel.com

Wow! This is really a great spot in Australia. Hope I could come visit!

Never been to this place but that place looks very vibrant to relax and unwind. Looks like you had a great time there!

What a beautiful place! I want to go there someday.

This looks like it would be such an amazing place to experience. I have so many places that are on my travel bucket list!

You’re really inspiring me to visit Australia! I’ve never heard of Coffs Harbour before and it really looks like a pretty place to stop. I also like the look of your dinner too, yum!

i so would love to visit this place myself ! Australia is trully amazing place – kind regards Pati Robins

OMG – they have a woolworths!! I would love to visit Australia one day

I am constantly blown away by every single picture I see of Australia. A friend just made the move as an expat and I can’t say I’m not wishing I could do the same one day!