The Most Colorful Mansion in Seville Spain – Casa de Pilatos

Seville is more than 2000 years old, it is the capital city of Andalusia autonomous region in Spain.  If you do not know about Andalusia, then you want to relate tapas and flamenco, fiesta and gypsy!

The city of Seville is full of cultural heritage and monuments. Besides those important sites such as the Alcazar of Seville, Plaza de Espana and Catedral de Sevilla, the Casa de Pilatos is another palace that you may want to look at as it displayed an example of the 16th century Sevillian architecture.

The history of Andalusia is pretty interesting, it was once occupied by the Romans, and later by the Visigoths (nomadic tribes of Germanic peoples). The Moors of North Africa conquered the region in the 8th century and dominated much of the Iberian Peninsula for several hundred of years, so expect to see a mixture of Muslim elements instilling in their architecture. 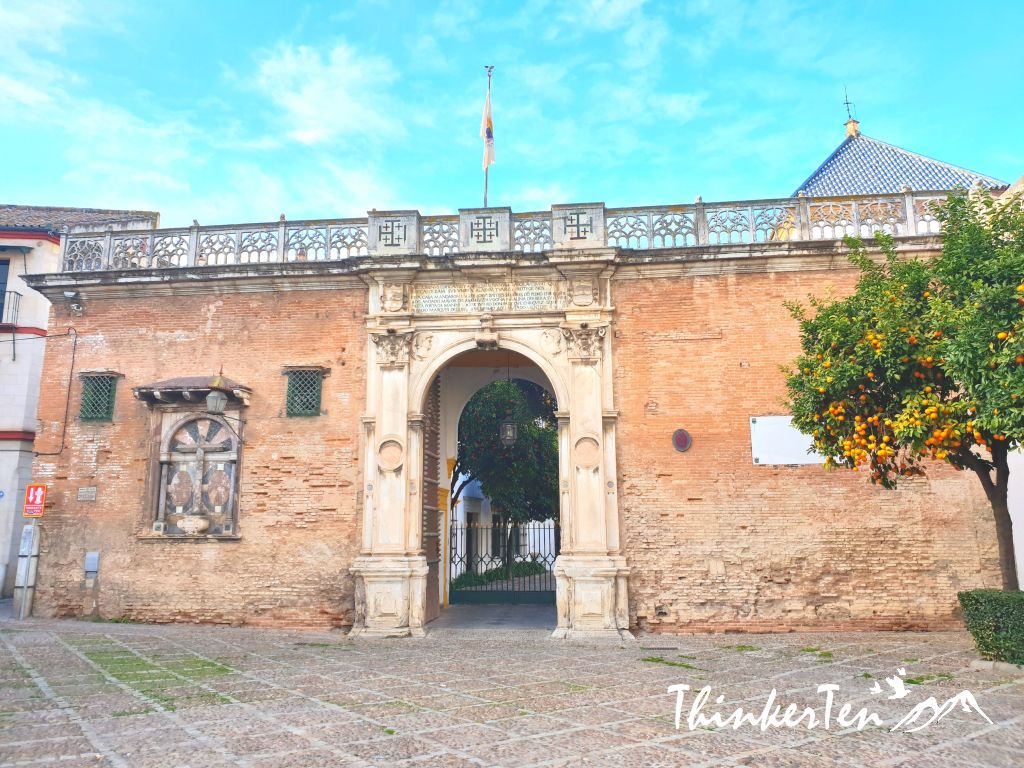 Don’t judge a book by its cover

The exterior of Casa de Pilatos is plain and not as attractive as other monuments that you have seen in Seville. It looks pretty simple from the outside as you would think it is just another house in this neighborhood. However, when you enter the Casa, you may get a shock at how stunning the courtyard and the tiles rooms are. 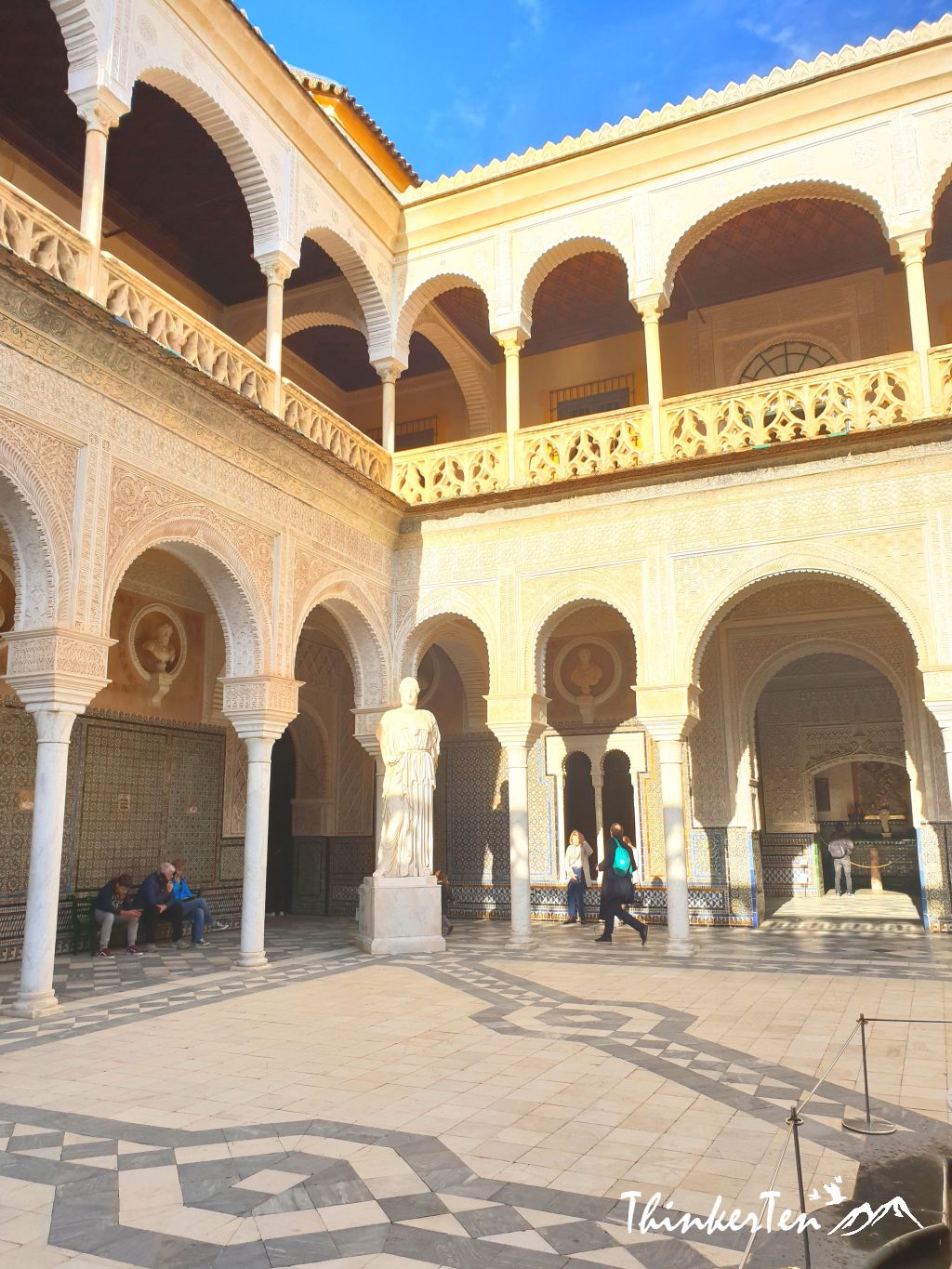 La Casa de Pilatos is the finest example of a civil palace (not a royal palace) in Seville. The building is a mixture of Italian Renaissance and Spanish Mudéjar (Moors), the stunning artwork especially the colorful tiles. 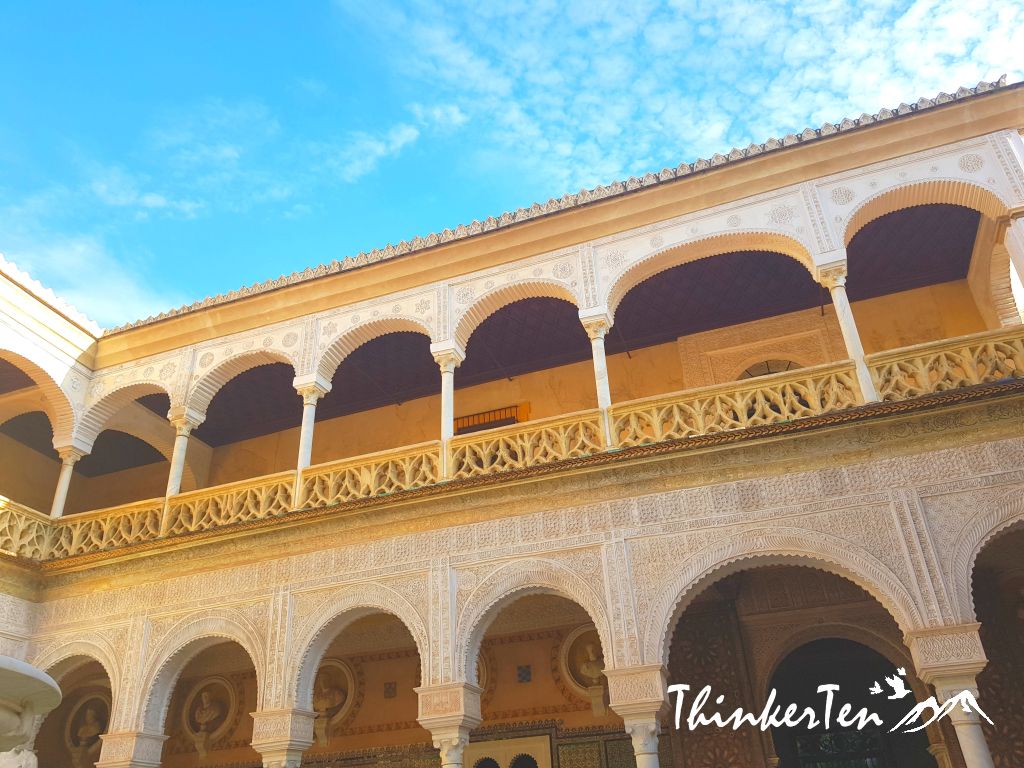 Casa de Pilatos is famous for its outdoor pavements and garden and not forgetting the azulejos (colorful tiles). You will encounter the azulejo almost every corner in Spain and Portugal.  However, in Portugal, the iconic color used is white and blue not as colorful as this one here. 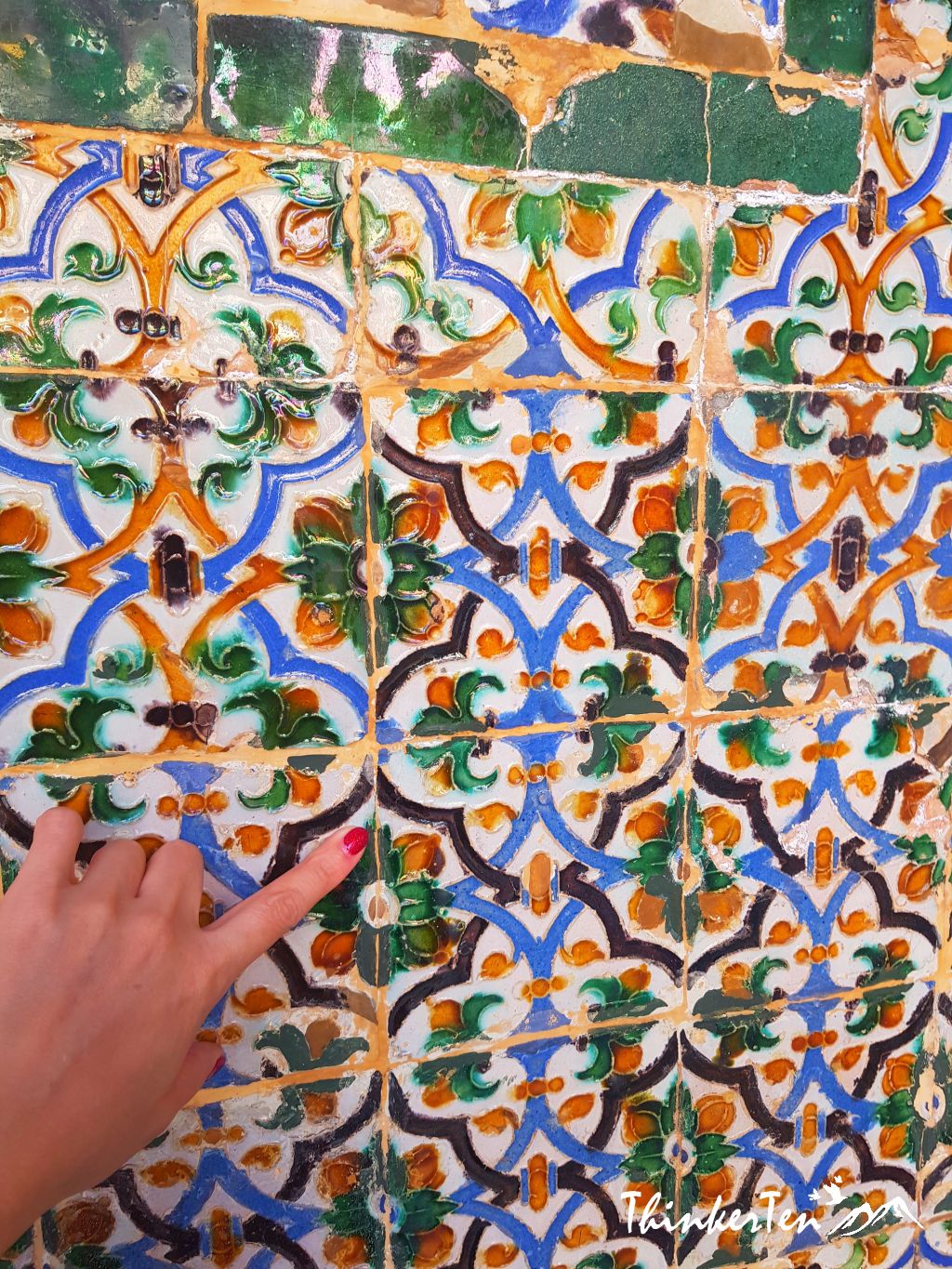 On the floor too. 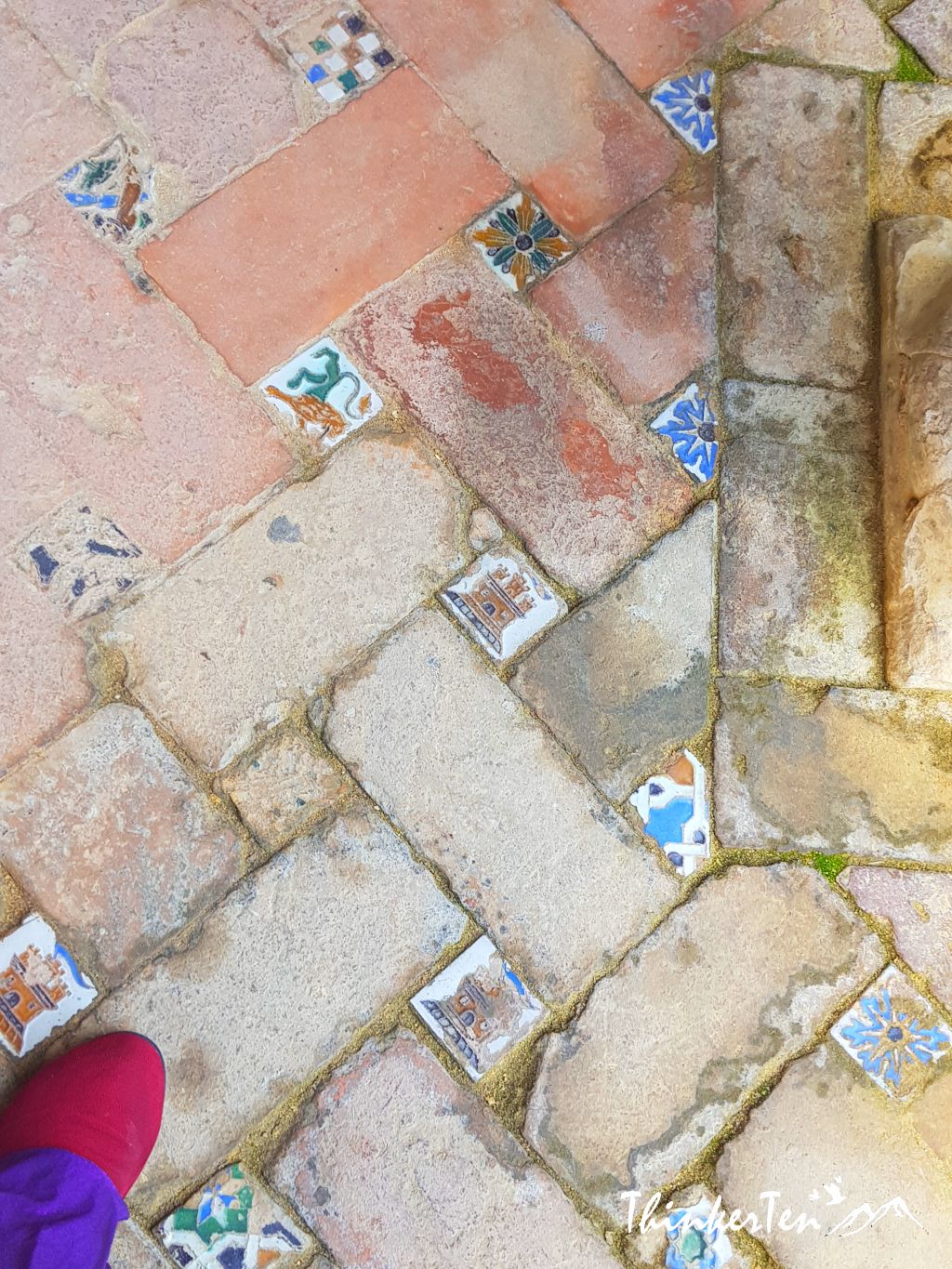 Evidence of Moorish elements, the Arabic calligraphy was found in the architecture buildings. 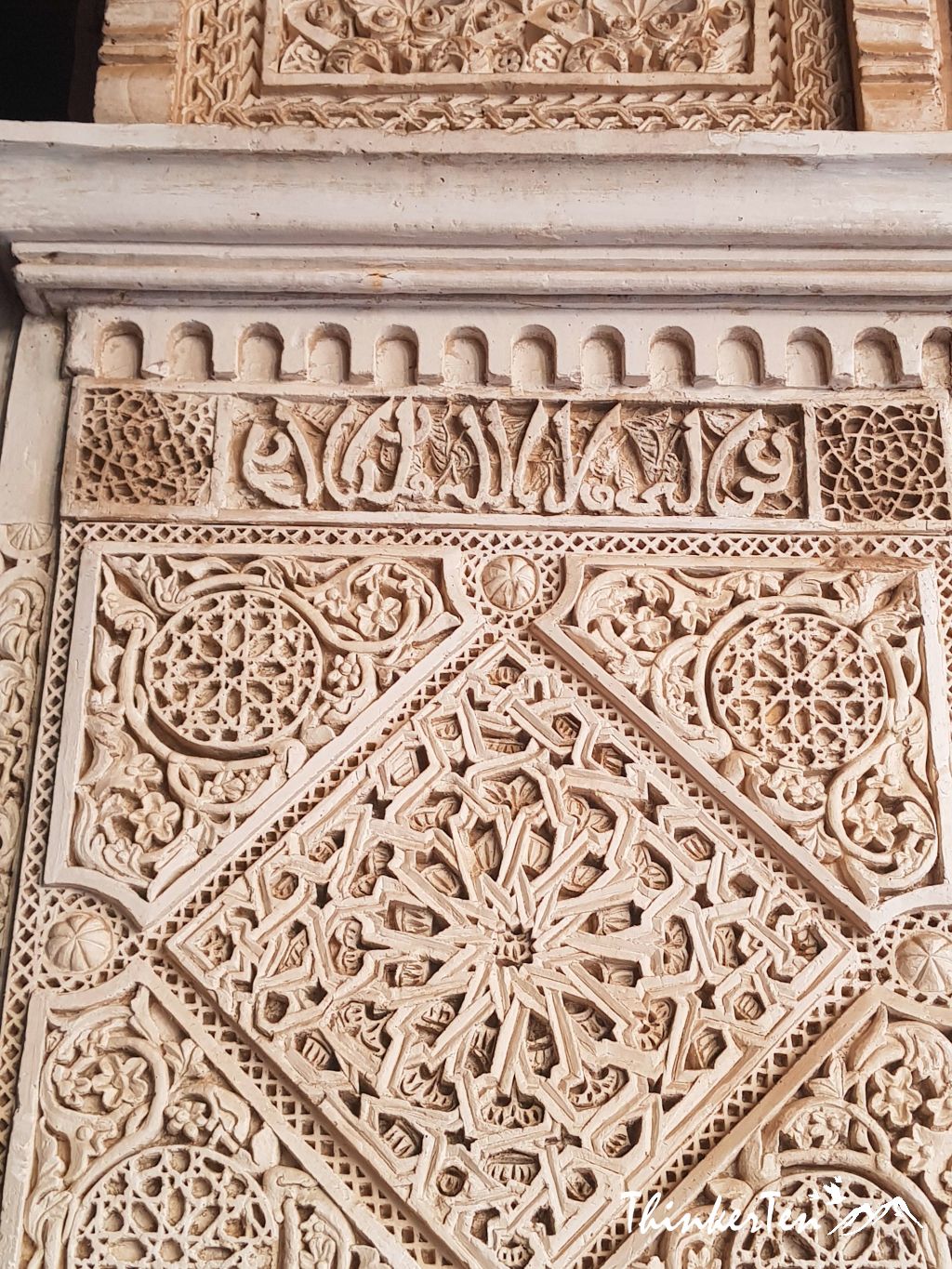 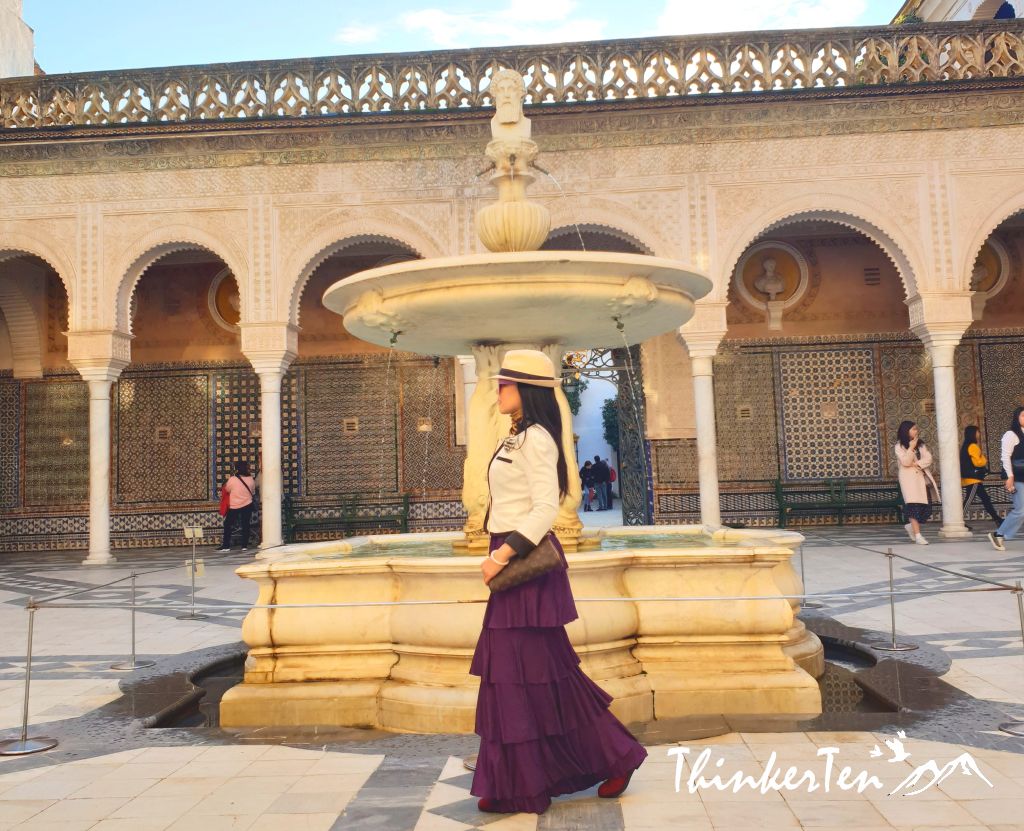 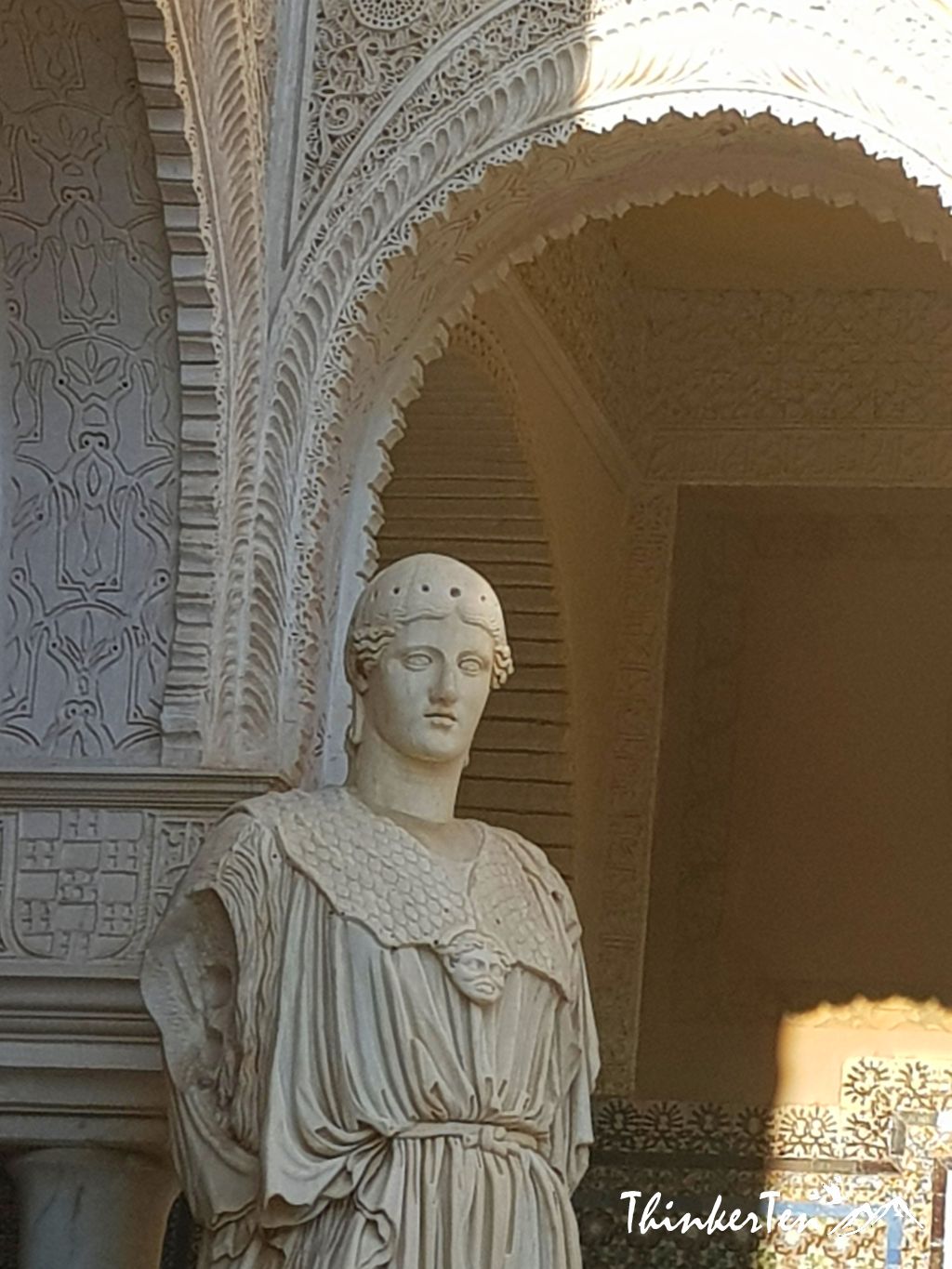 Wooden doors that lead to the Praetor’s room is also quite bizarre as it is made out of wood and carved with beautiful patterns.

The ceiling of the Casa de Pilatos 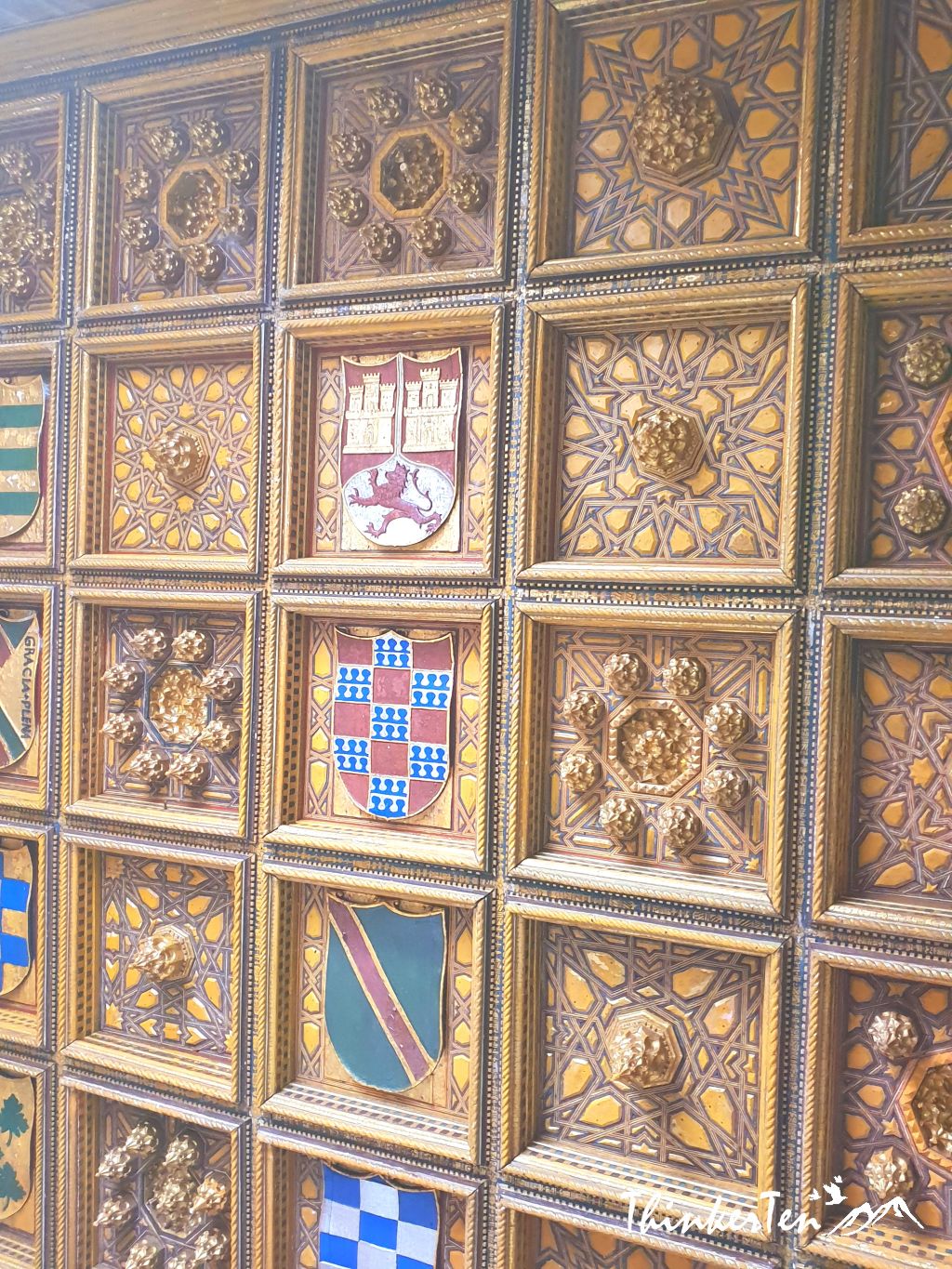 There are several rooms inter-connecting with each other and all have so many details to look at from bottom to the top. I was so tired craning my neck to see the artwork at the top of the ceiling and the amazing thing is these little details are three dimensional and popping out. 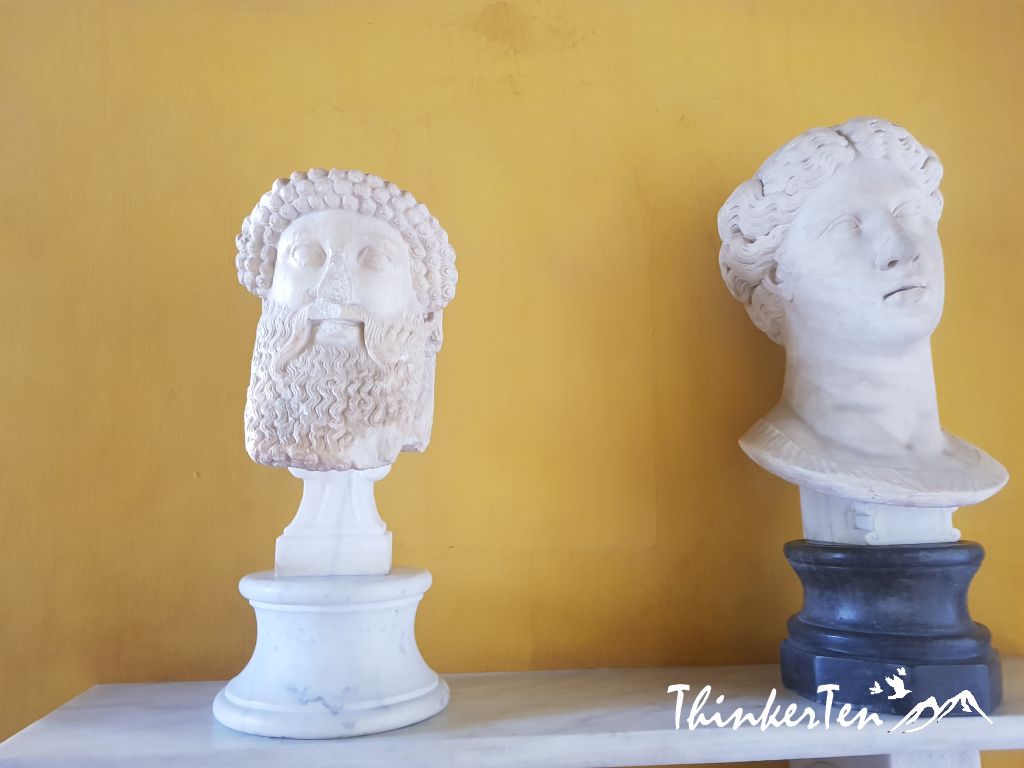 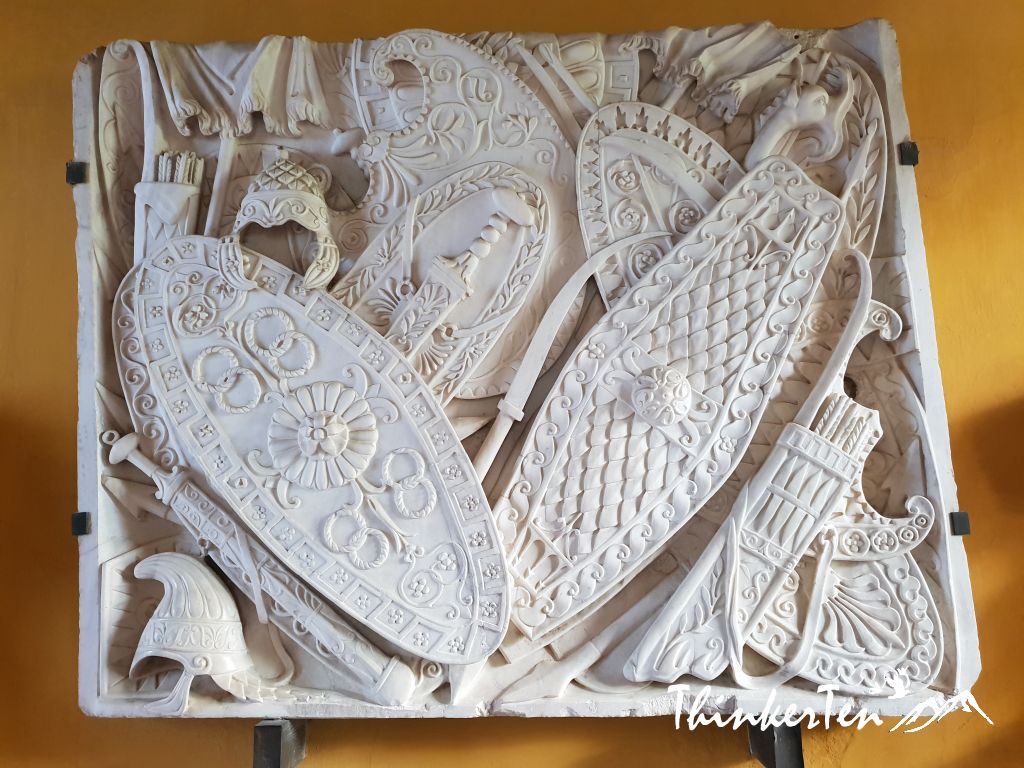 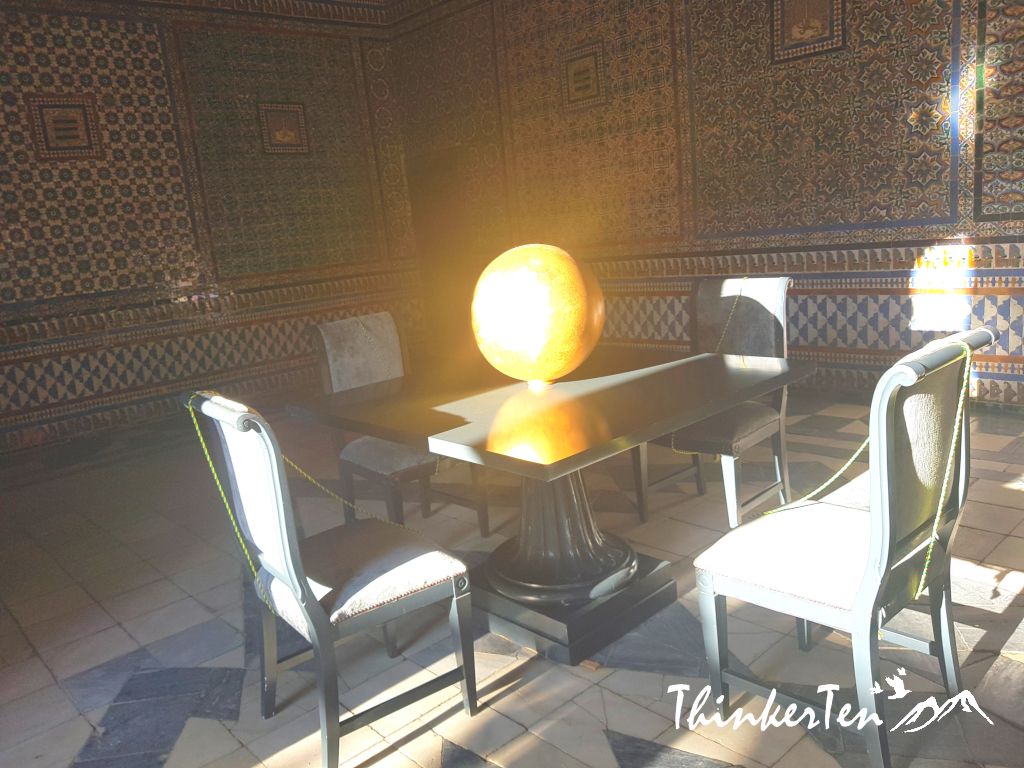 Only Guided tour for the Second floor 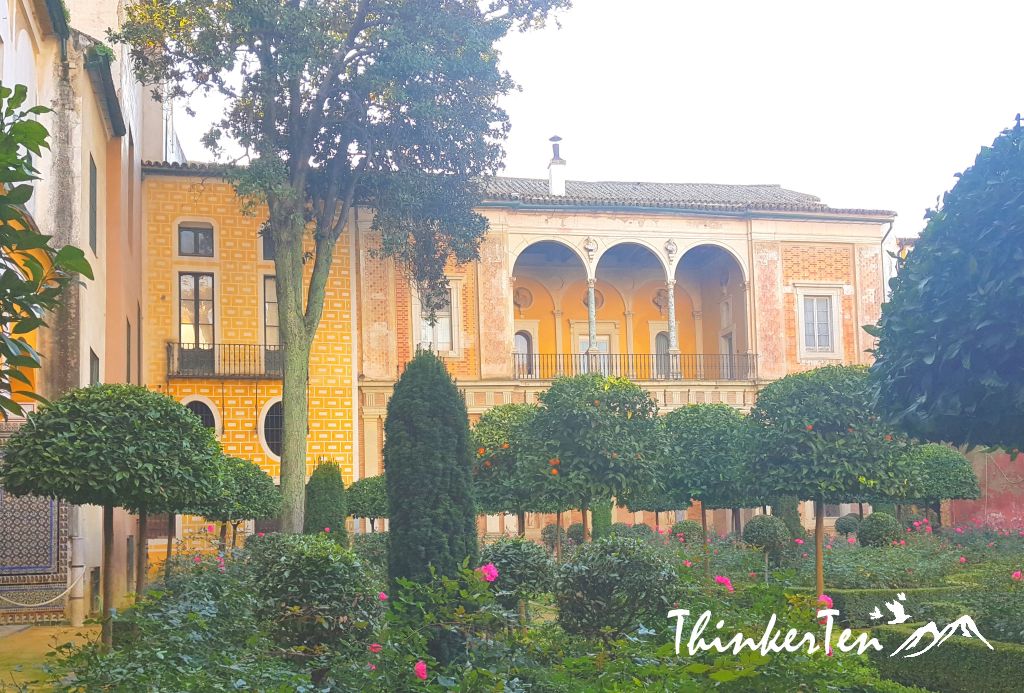 The garden is not big but very pretty.

You can see the ceiling and side of the walls are all decorated with colorful tiles.  Imagine the amount of work needed for all these, simply bizarre and breathtaking. 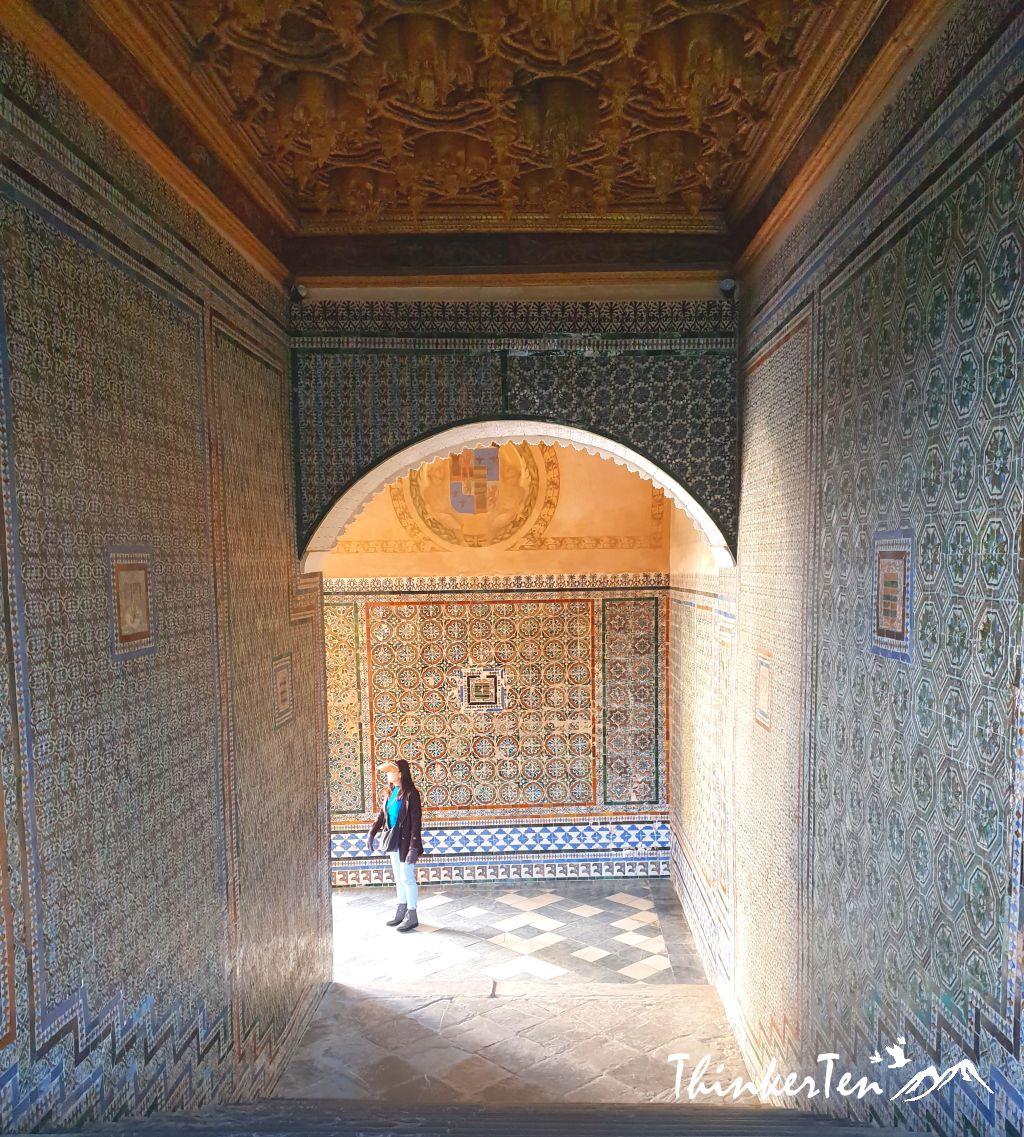 Vendor outside of Casa de Pilatos 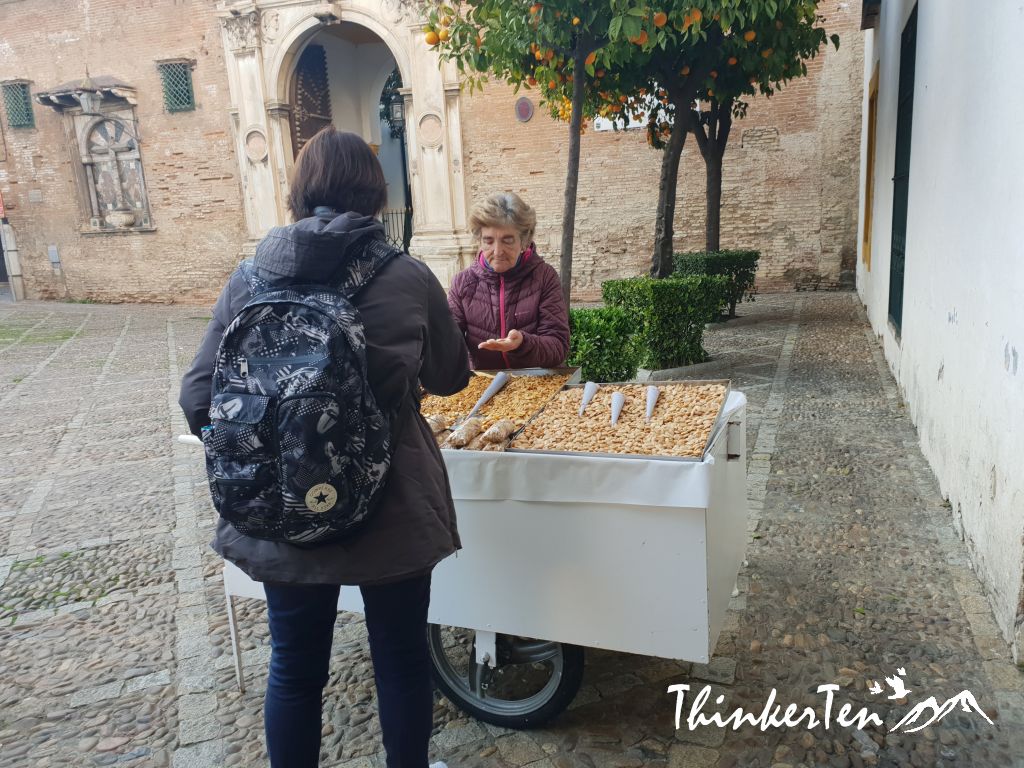 Casa de Pilatos is a stunning mansion with one of the largest azulejo collection in the world. You can spend the whole day looking at the details from the floor, tiles and the ceiling. 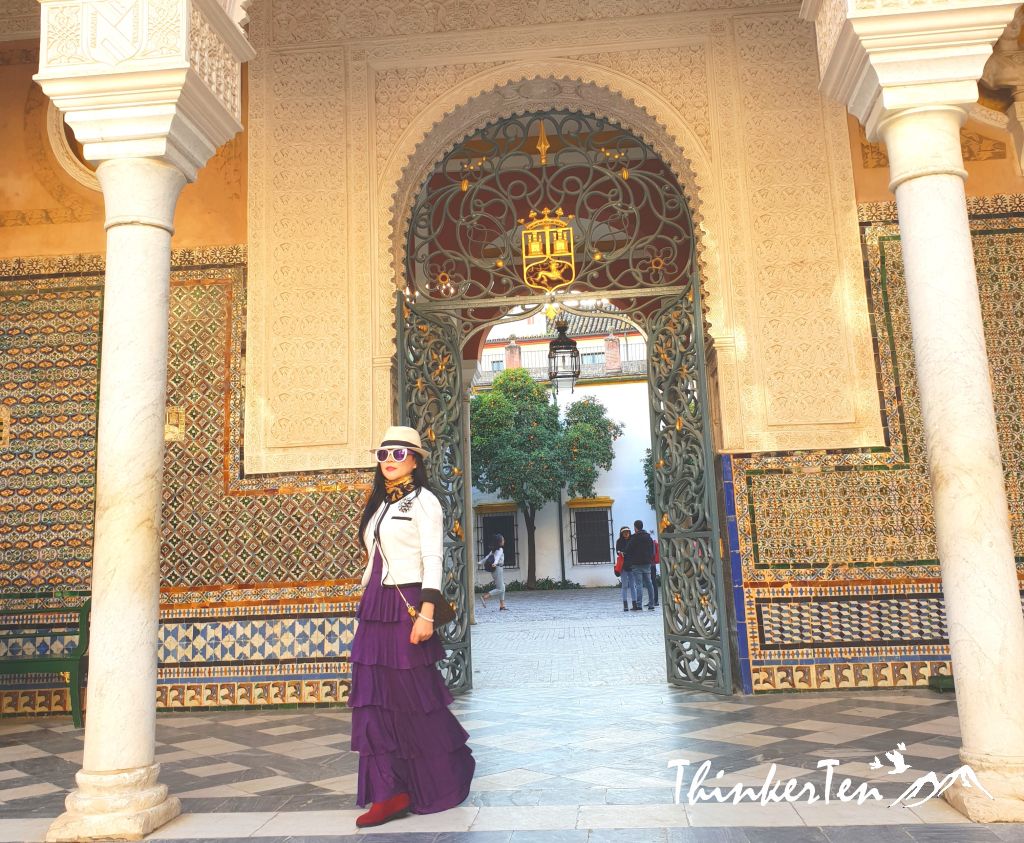 Oh wow! I’d love to see that in person one day. It’s so beautiful.

Wow, this place is beautiful!!! I would love to visit

That looks like such a magnificent place to visit. So breathtaking, I would love to go there someday!

That mansion looks quite a charming place to be at. You surely had one of the best experiences in this stunning architectural paradise.

This reminds me so much of the houses Gaudí created! I love the intricate details and attention to color.

thanks for this sharing, inspiring as a great travel place to me, gonna check out this amazing place that you have shared. Then plan a trip. lovely sweet captures. cheers, siennylovesdrawing

I love colorful places! The details are amazing here! I’d take so many photos in destinations like these!

Sevilla is amazing, and you’ve captured it so beautifully in your photos!

The Arabic details are amazing. Seville is one of my favorite cities in Spain. Have you been to Granada?

Yes, Granada is my next stop after Sevilla.

The place and your outfit coordinate brilliantly! I love it so much!

Very inspiring. Sevilla is such an amazing destination. Look at all that detail in the architecture. The colors are just breathtaking.

Wow, the architecture of Casa de Pilatos is so amazing I love visiting such mansions! Also am in love with your outfit

What a wonderful place steeped in history and rich in colour! We’d love to visit Seville one day!

What a stunning architecture, I totally spent like 5 minutes looking at the tile designs in the photos and admiring how they have done the tiling from top to bottom.

These decorative details are so cool! I love learning about different cultures and seeing their unique architecture

We are visiting Seville soon so this will be totally amazing to see, we absolutely love Andalusia.