Learn about Bullfights in Ronda Bullring in Spain

Where is the city of Ronda?

Ronda is in Malaga province, a popular holiday destination in Spain. Malaga province is located on the southern Mediterranean coast of Spain, in Andalusia. Ronda is one of the oldest cities in Spain and it took 2 hours by bus from Seville. 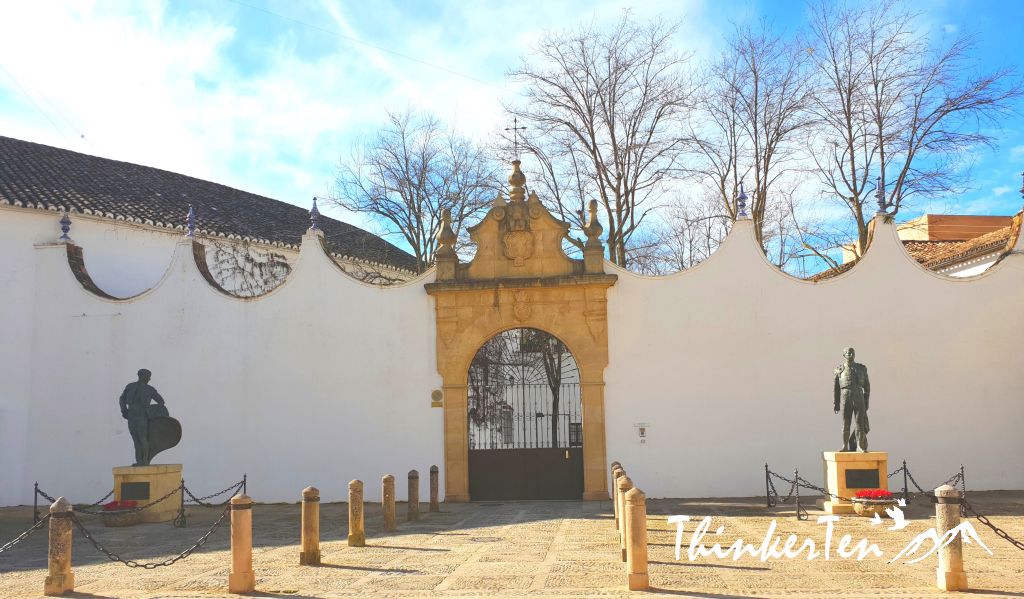 One of the top things to do in Spain is visiting the bullring and Ronda Bullring is one of the oldest in Spain.  I do not have any desire to witness a live show of bullfights but I do love learning about the history of bullfight and bullrings.

We first went to the museum and learn some history of this bullring before we walked to the arena. 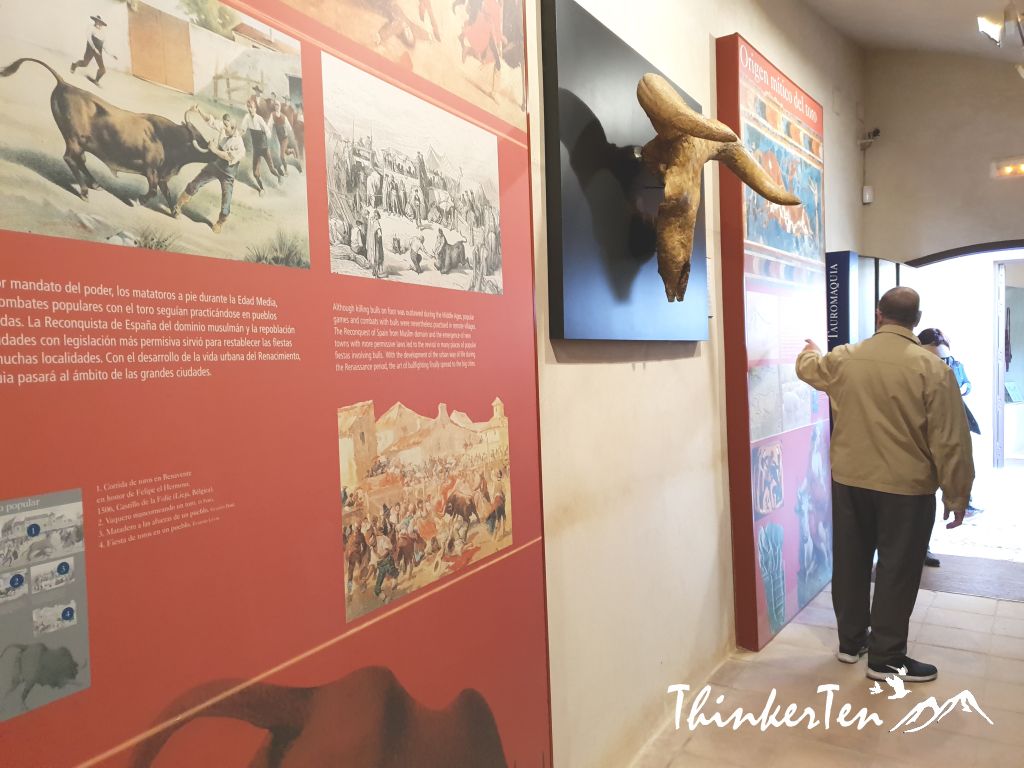 The museum (Mueso Taurino) provides excellent information on bullring history. It contains many of the most important outfits and bullfighting regalia from the last two centuries, as well as an extensive collection of weapons. 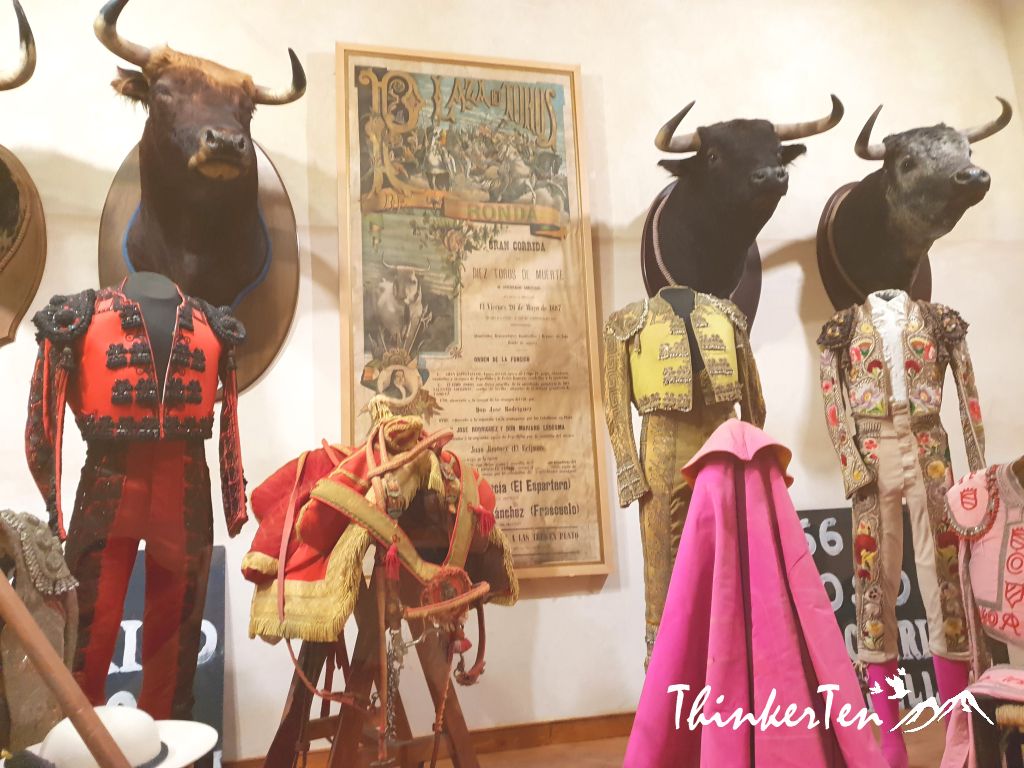 Various artworks are displayed in the museum, including artwork of Francisco de Goya, one of the top artists in Spain.  Goya is famous because he was a popular painter in royal circles. 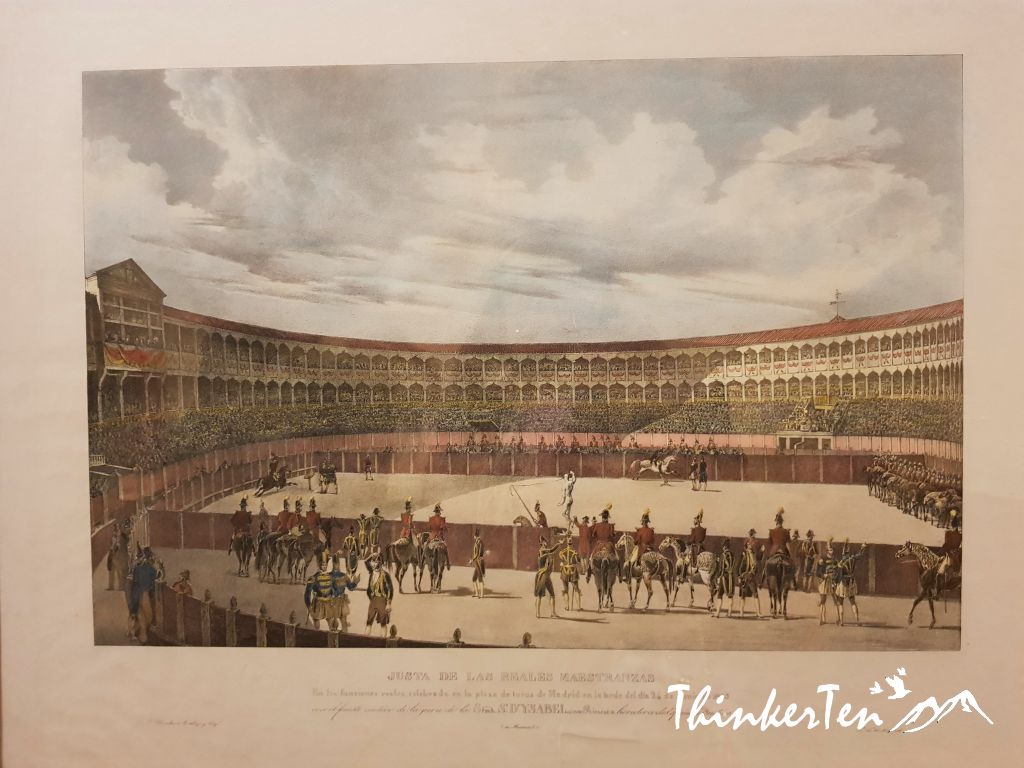 Bullfighting is a sport and a proud national symbol in Spain. We didn’t have the chance to visit the bullfighting as it has a certain season which runs from April until September, usually on Sunday once a week.  Ronda only holds a few bullfights each September at the annual Feria Goyesca. 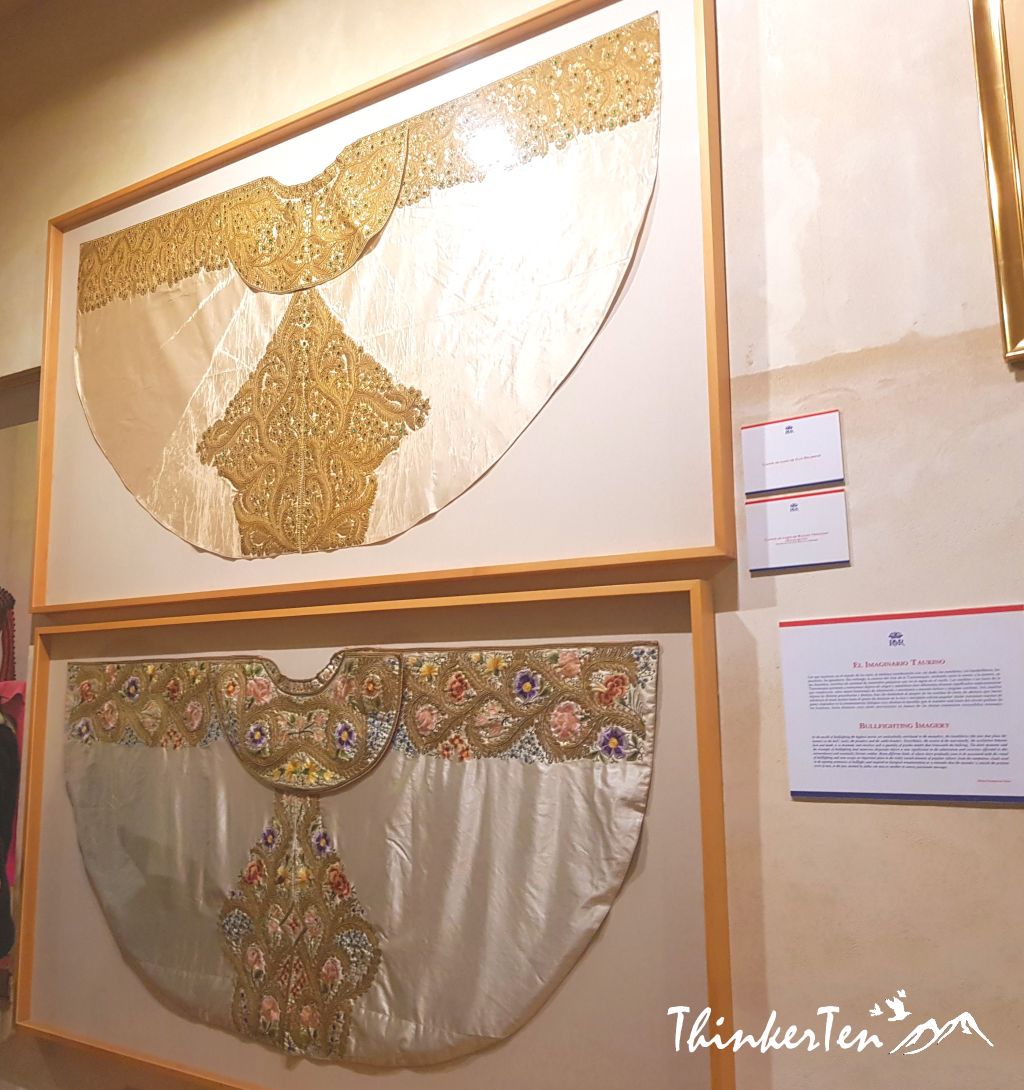 Bullfighting events remain popular in Spain, especially in the summertime. However, the sport has become increasingly politicized in recent years. Some argue that bullfights should be ban because it is grave cases of animal abuse and some wanted it to stay as it is Spain’s national heritage. I know that Catalonia region ban bullfights, so you can’t watch bullfights in Barcelona. 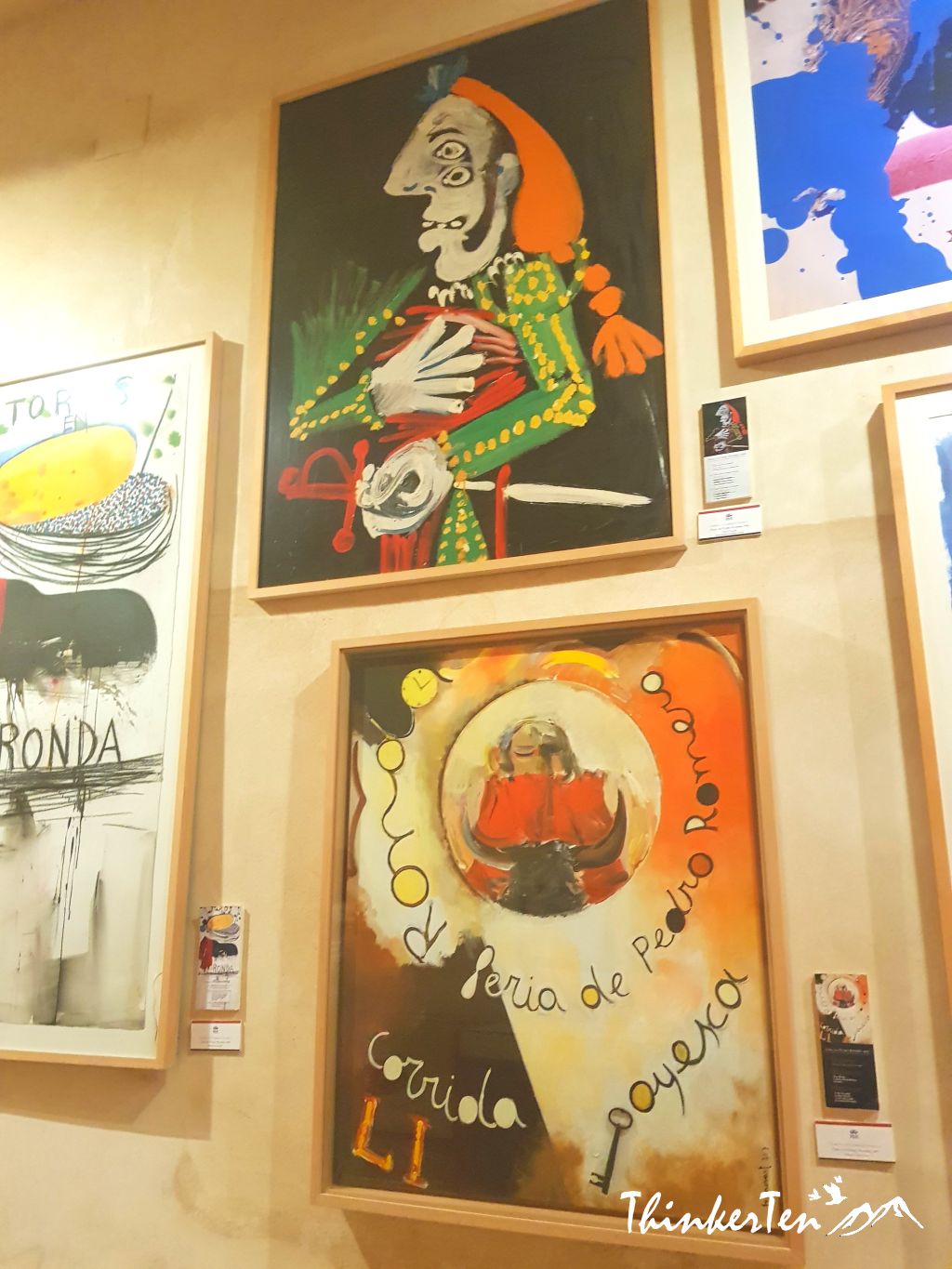 Bullfighting started in Spain since Roman times which involve a matador with a cape and sword in the 18th century. It’s a festival, a sacrificial ritual, a spectacle and a business. Bullfighting as an industry contributes to the economies of the countries where it is practiced in a number of ways. Future matadors pay to train at bullfighting schools. Specialized ranches breed bulls. Seamstresses fashion the ornate traje de luces by hand, often taking more than a month to make one at a cost of $2,000 to $3,000. And the staff at the arena during the event, including veterinary surgeons. 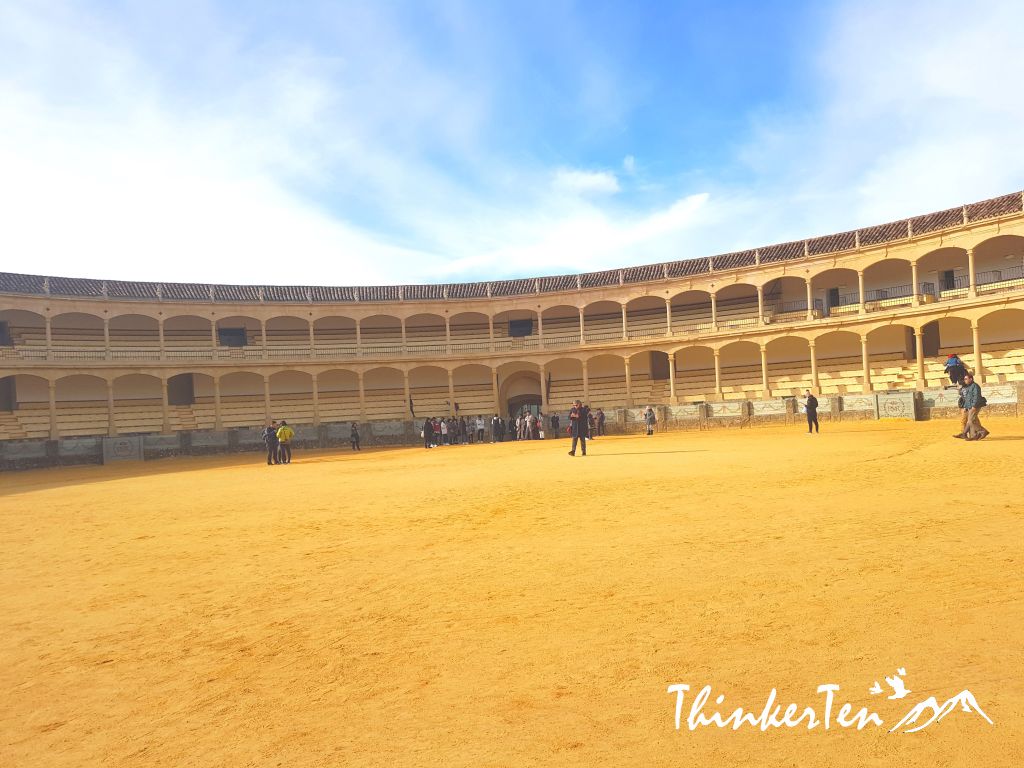 Over here in Ronda Bullring, there are only two layers of seating, each with five raised rows and 136 pillars that make up 68 arches. So even you get the cheapest ticket, you are still able to catch a pretty good view of what’s happening down on the sand. 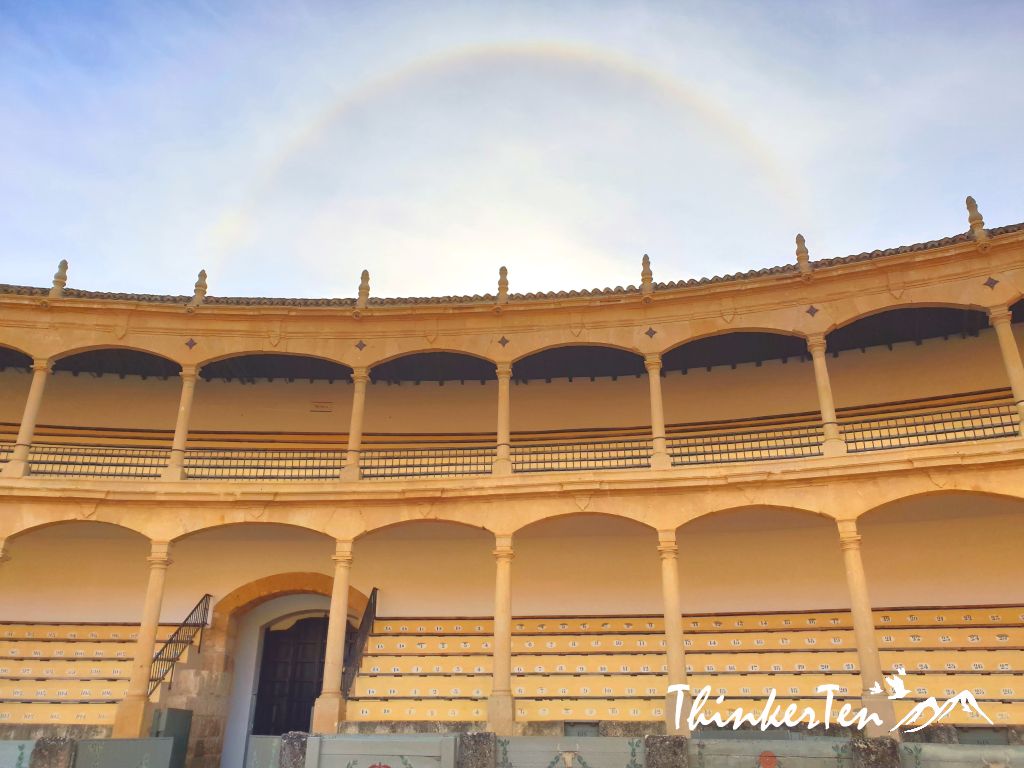 Where the bulls are kept 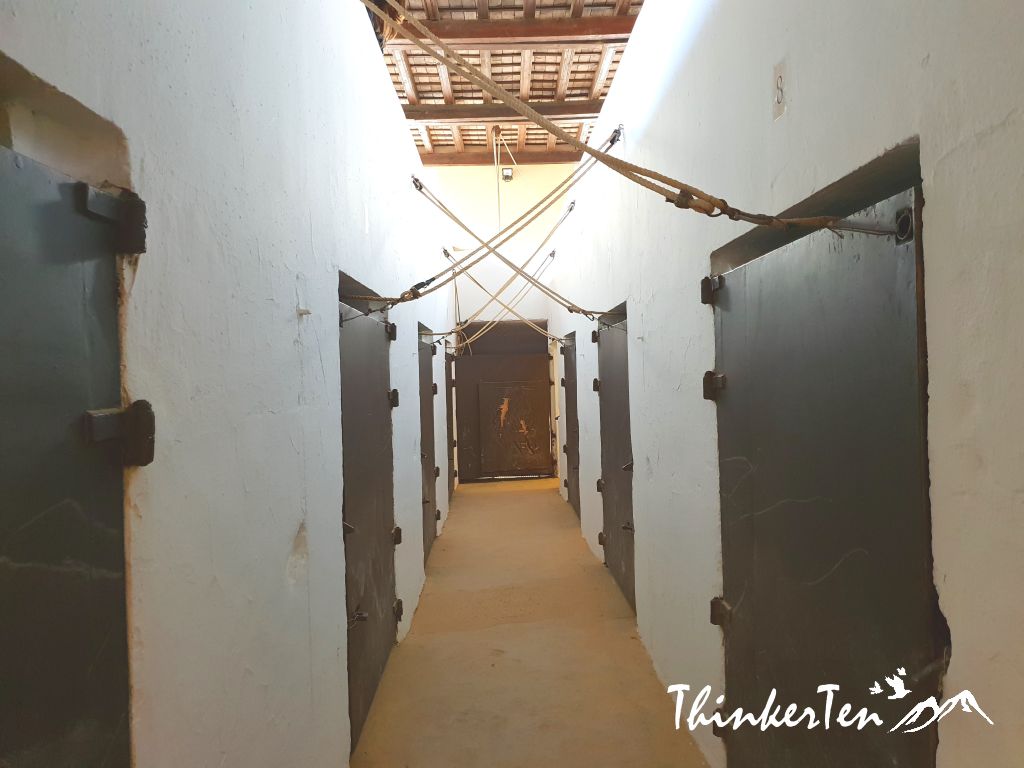 No bull but a bulldog in the Ronda Bullring! 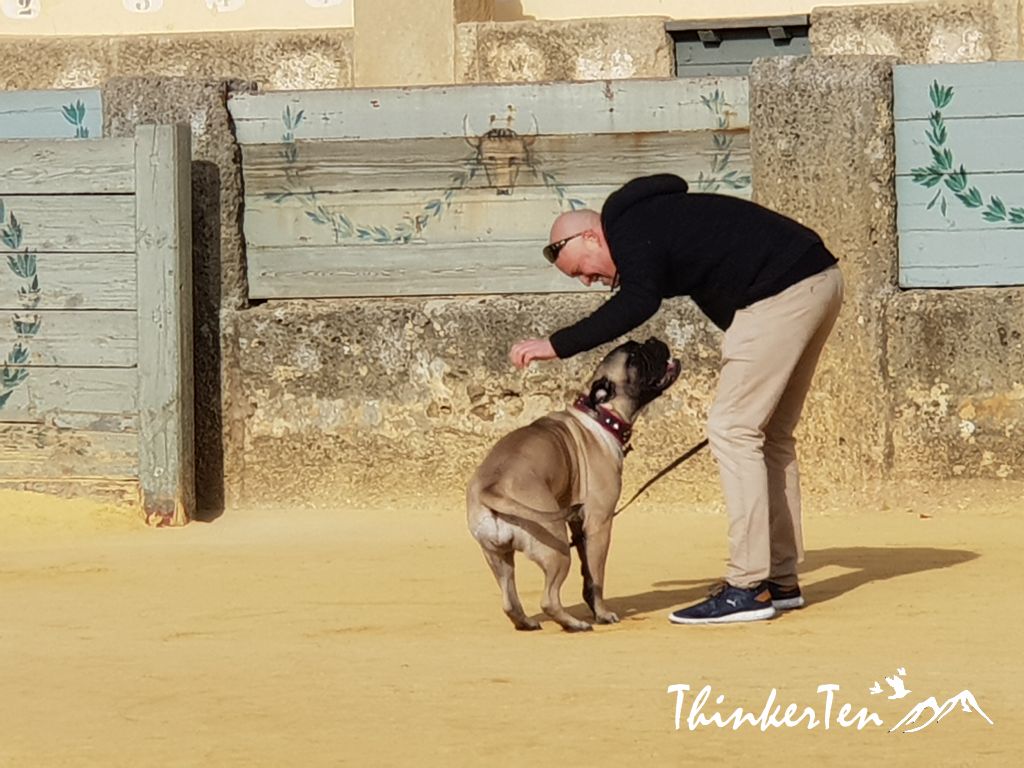 Who else holds bullfights?

The battle for the future of bullfighting extends far beyond Spain. Portugal, Cuba, Mexico, Columbia, Ecuador, Venezuela and Peru also have bullfights event. 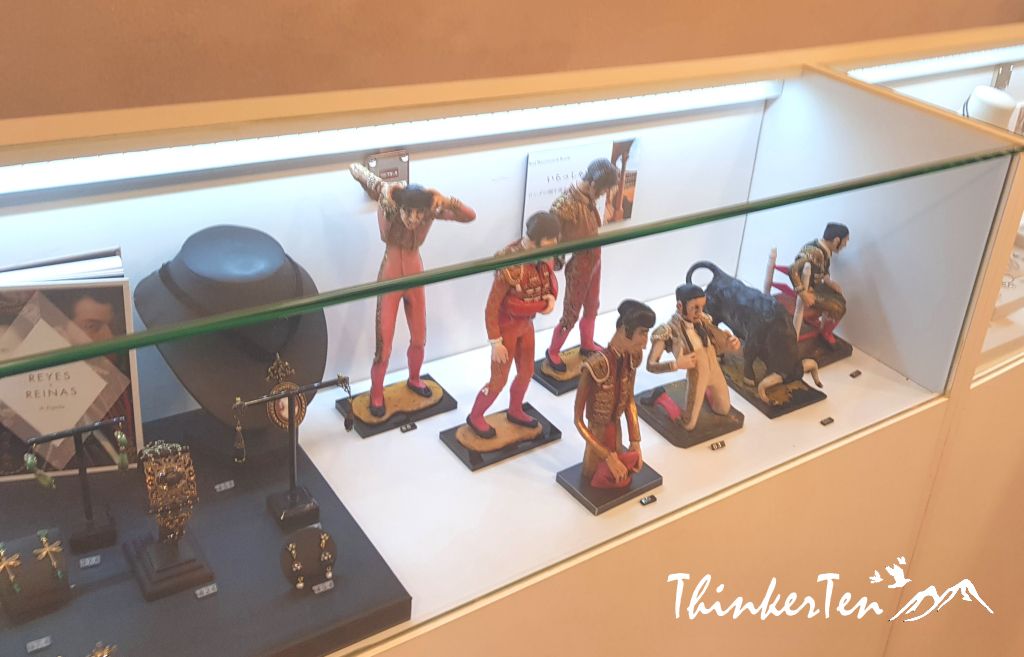 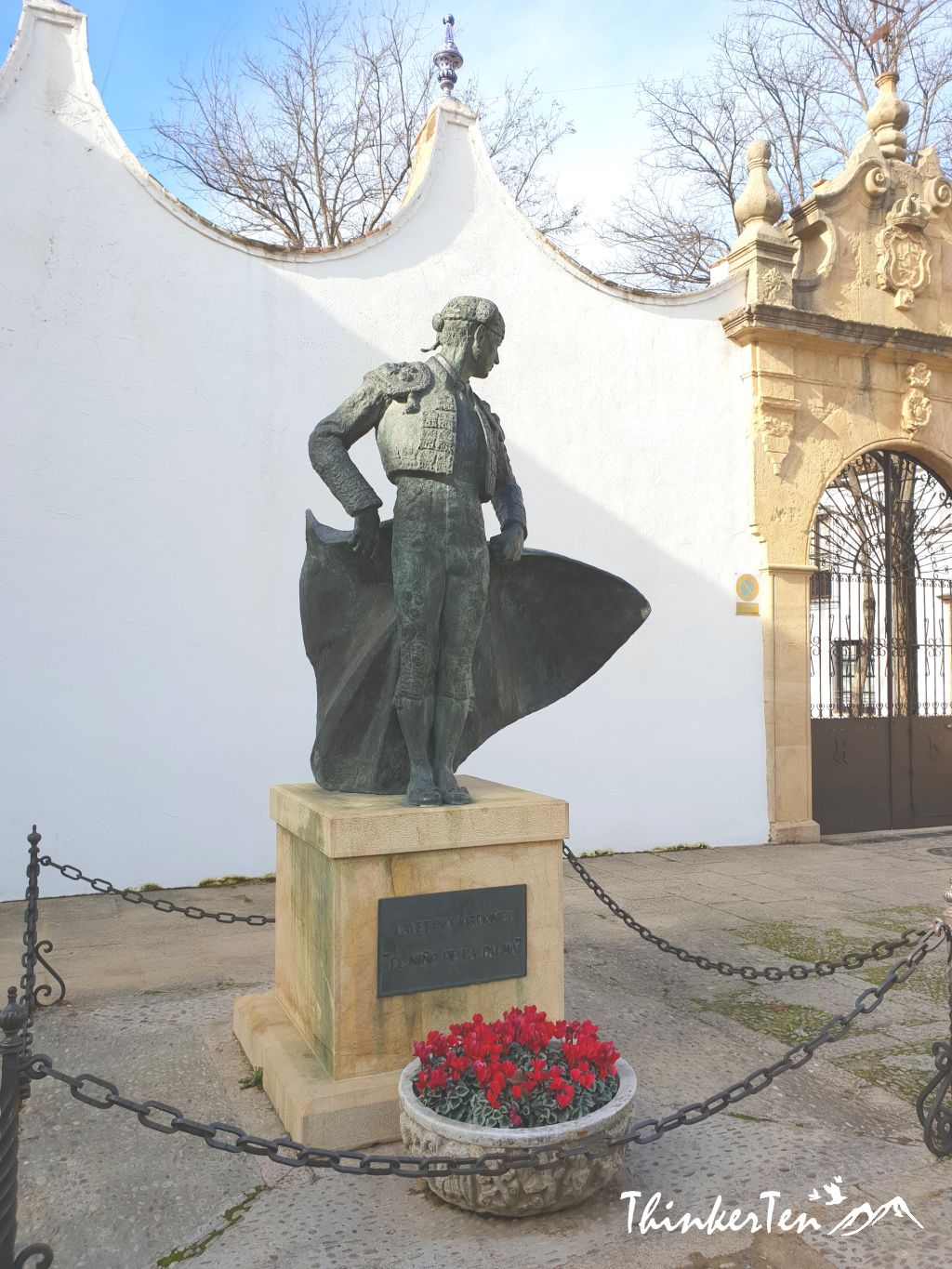 Visiting the bullring in Ronda is a great experience, I get to learn about the bullring and bullfights in Spain which is the National Heritage here. 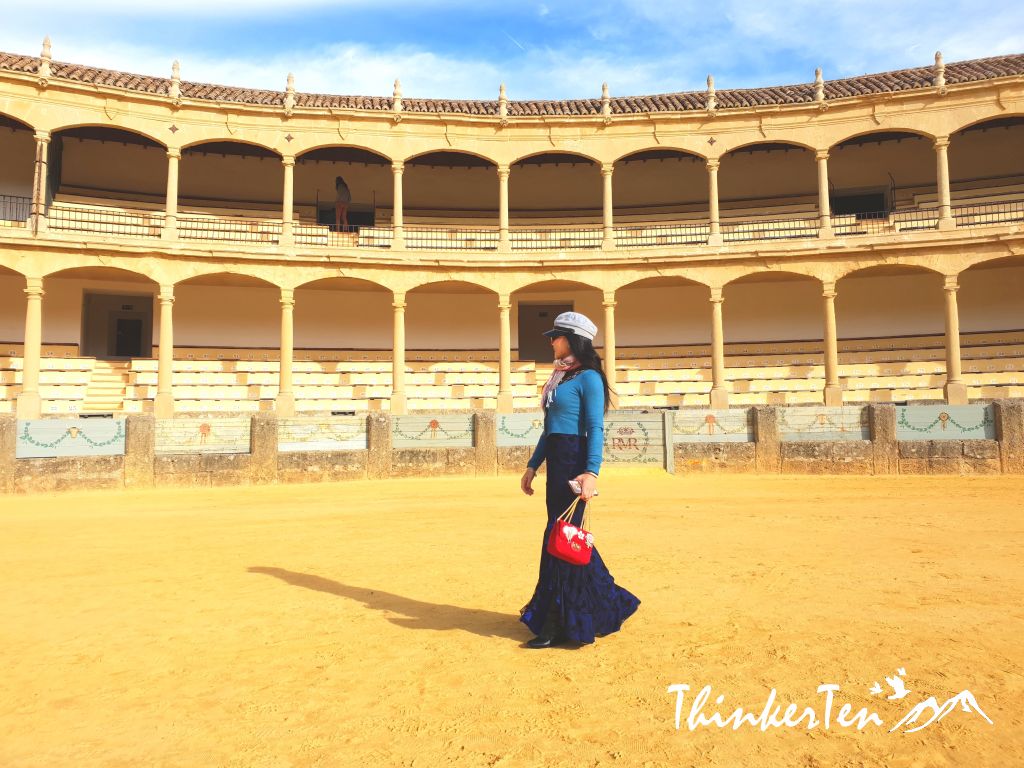 We watched bull racing through the streets in southern France. It was fascinating but plenty scary enough for me!

I was just watching a video about this. It was beautiful to see it through your eyes. Its totally worth the price.

Very interesting! I don’t think I’ll ever attend a bullfight but it’s interesting to learn about them and why they are so popular.

I think there are a lot of people out there who could not handle live bullfight show, including me.

So cool! I’ve never seen a bullfight in real life. There’s such a rich heritage and history around bullfighting. What an incredible experience for the bucket list.

I have also never seen a bullfight in real life. It is Spain rich heritage and visiting the bullrings is more than enough for me.

I am always fascinated and shocked watching bullfights, and also with running with the bulls. It scares me so much for the people who are in the arena.

Same here, I guess that is the thrilled and people cheered for.

Gorgeous! Spain is high on my list of countries to visit, it looks incredible. I love everything about it and I haven’t even been there yet!

Spanish food is also something I love, they love nice tapas and pincho, small and neat to eat.

Wow, bullfighting has always been very intriguing to me. Growing up my parents used to watch them on tv but never in real life.

I am not sure I would dare to go visit a live show too.

What a neat place to experience in real life! I’ve been to Costa Brava, Spain before and it was so beautiful!

I have never been to Costa Brava, the northern part of Spain. I guess this part of the coastal region of Catalonia in northeastern Spain should be a perfect spot for tourists too.

I too want to experience the atmosphere of the bullfight but I think I won’t dare to see the killing part.

Oh wow I had no knowledge about this. I would love to see one when I visit soon one day.