University of Sydney – The oldest university in Australia

The University of Sydney is also known as the “Oxford of the Southern Hemisphere” and rank top 3 University in Australia, after Australian National University and Melbourne University. 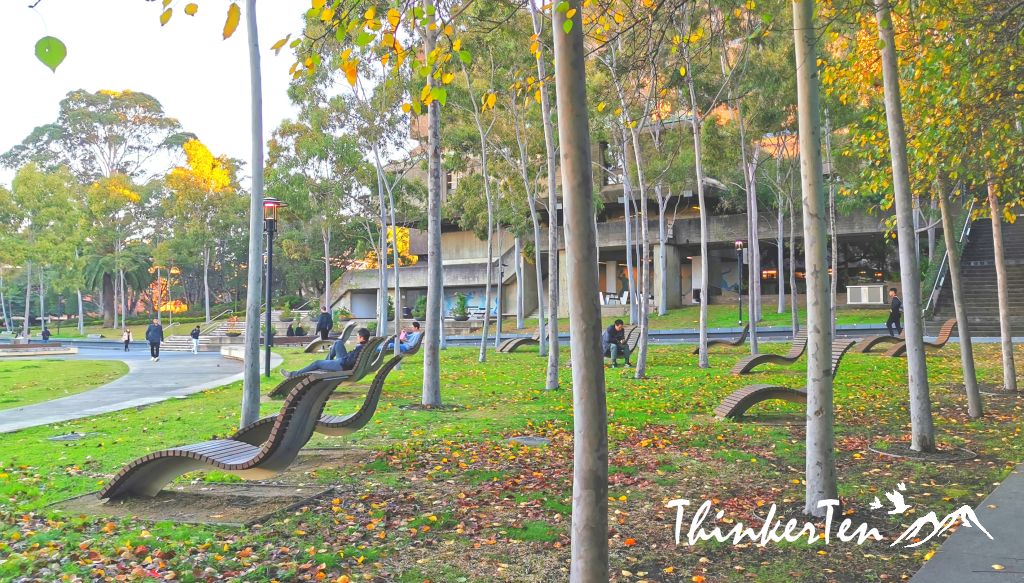 The University of Sydney is worth a visit when you are visiting Sydney.  Just about 20 mins from Sydney Chinatown or Sydney CBD area or Darling Harbour.

It is centuries old, with very beautiful architecture and the main Quadrangle is the most prominent building that is located at the Camperdown Campus. There is also guided tour if you don’t mind paying the fees AUD 15.00, the one hour tour will take you on a journey through the history of the University with development of the Quadrangle and its surrounding buildings. 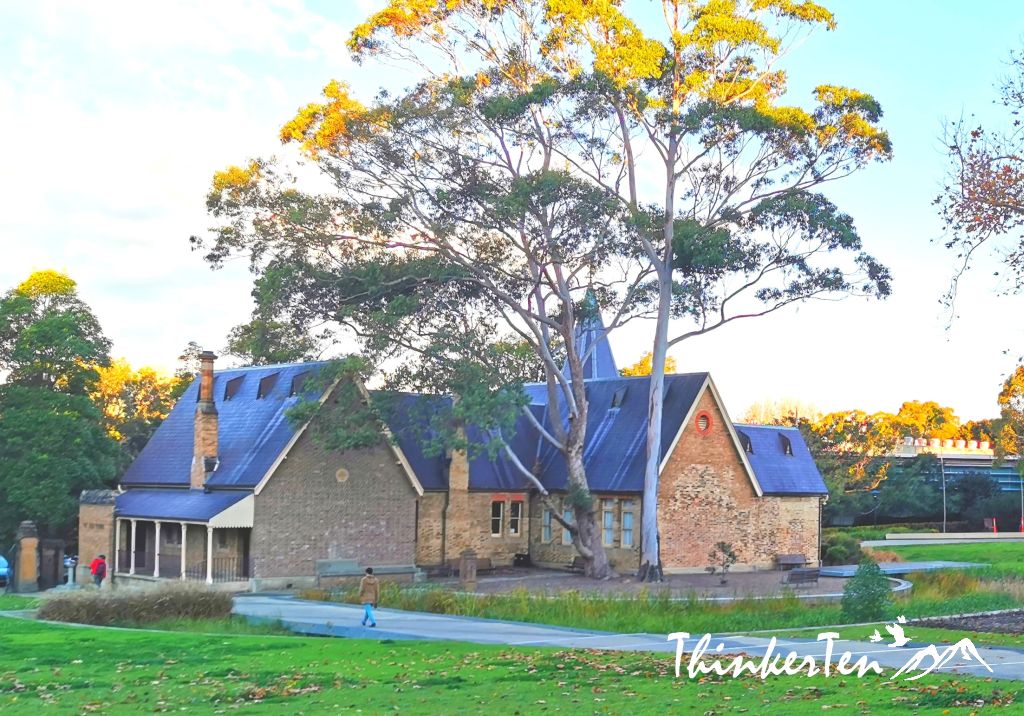 There are some changes when I walked to the Quadrangle, I notice one of them is the new building which looks like an example Burtalism’s design giant box-like construction, it is the new law school building.  You will see old vs new buildings when you walk toward the Quadrangle. 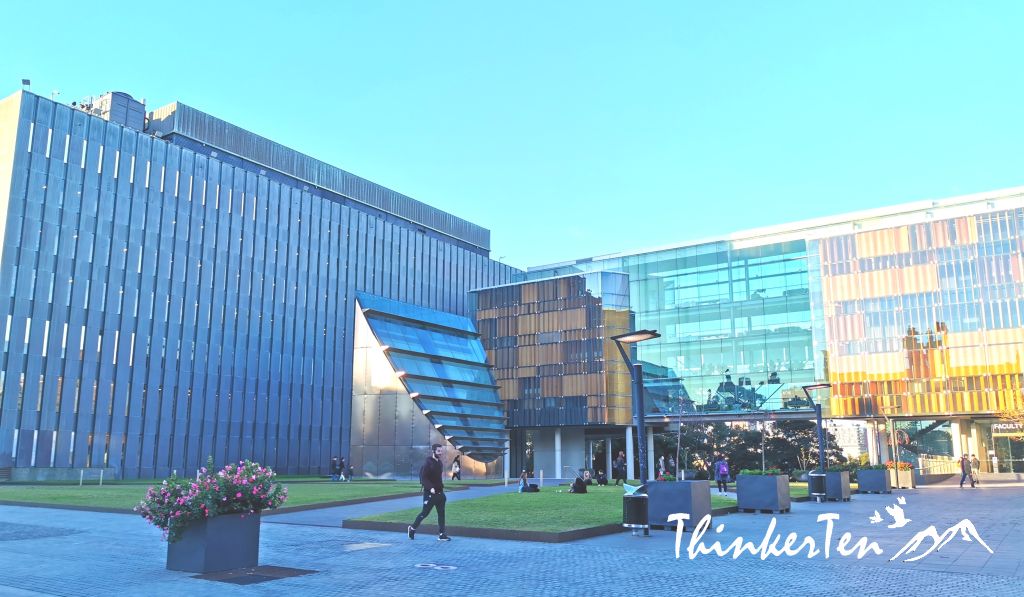 The neo-gothic sandstone structure at the main quadrangle is the most impressive building of all. It has the Harry Potty movie’s vibe. Inspired by the medieval college of Oxford and Cambridge, it was designed with a traditional English collegiate grassed quadrangle. 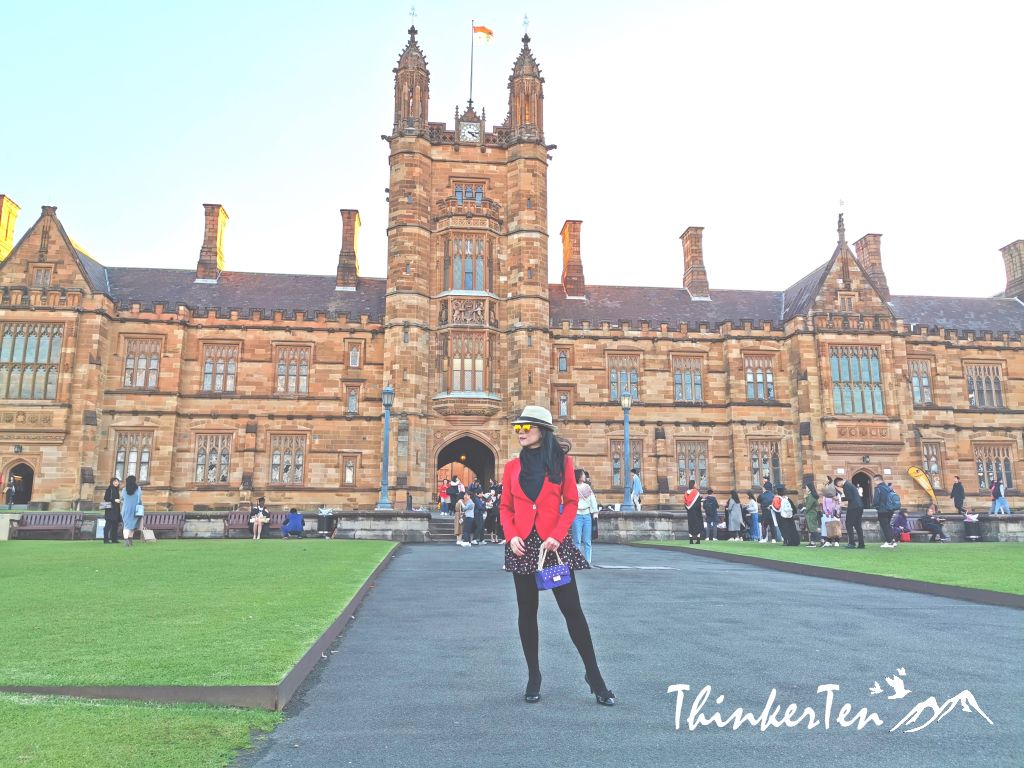 The great hall is located at the most northeastern point of the Quadrangle, a Victorian Gothic architecture building. I had my graduation ceremony there. The Great Hall is not that big at all but it is an iconic symbol of the university. I remembered it has intricate stained glass window and marble floor. 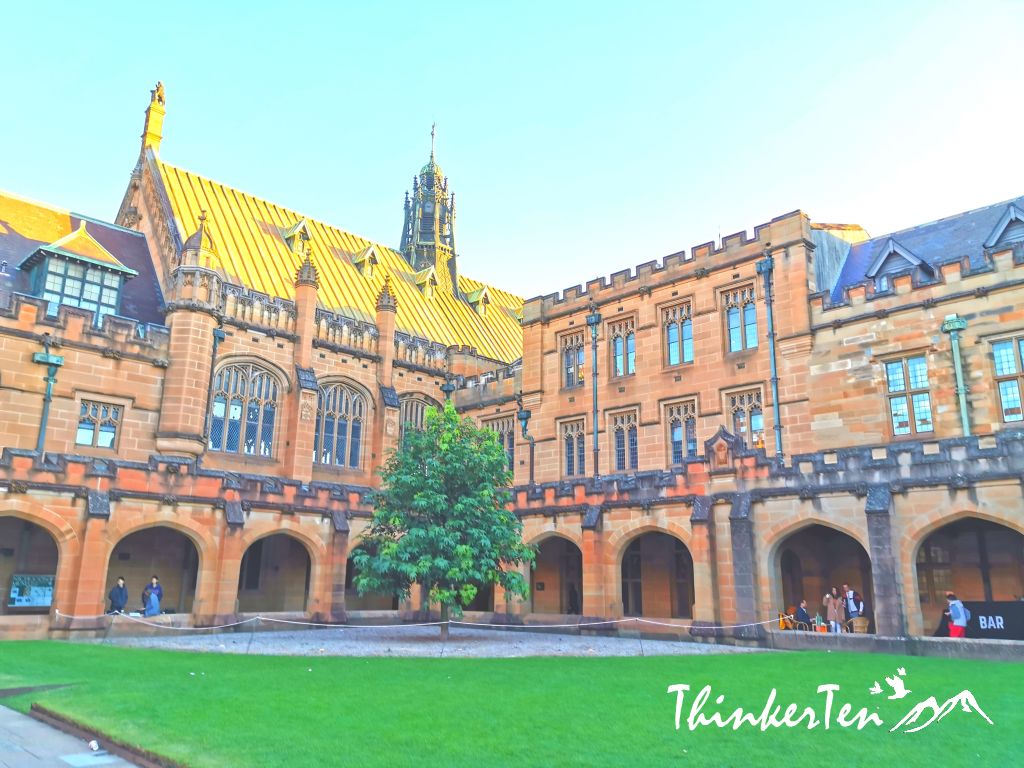 When you are here, do pay a little attention and go spot some of the features in the sandstone, such as the gargoyles. It is one of the traditional icon staved off evil spirit at the University of Sydney since the mid-1800s. 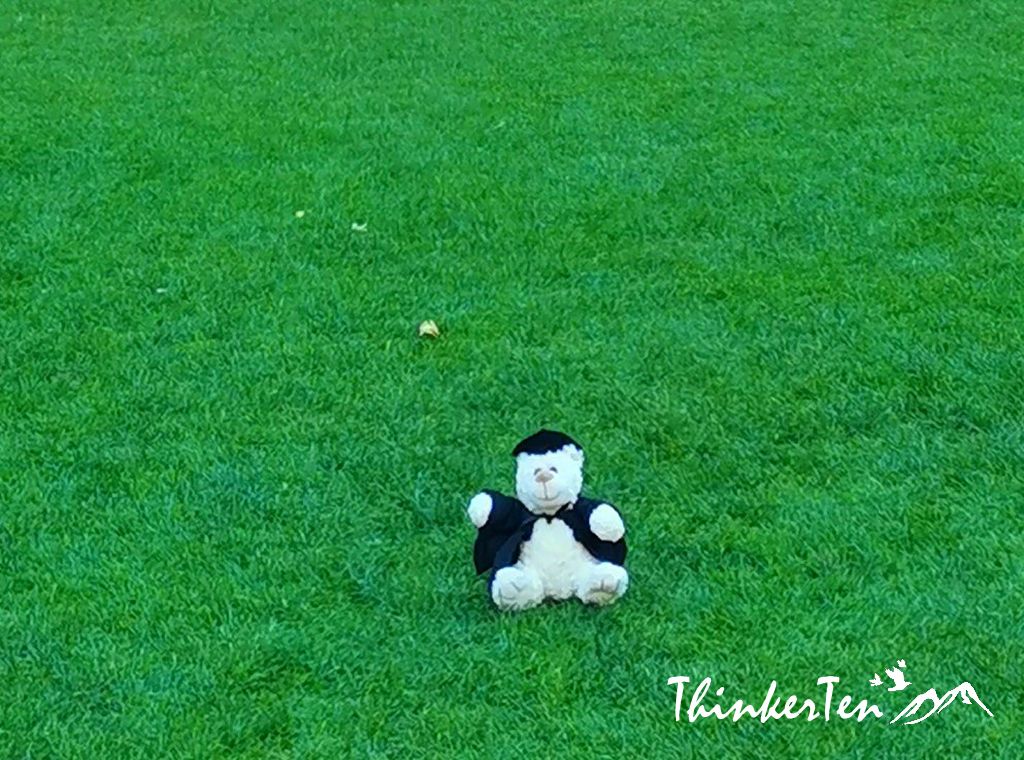 The University of Sydney is not a Harry Potter Film location

You might notice some striking similarities between its Quadrangle and the Hogwarts School of Witchcraft and Wizardry of Harry Potter fame.

The Graffiti Tunnel is another location to look at if you have extra time, is a legal graffiti wall running between the Holme Building and Manning House. It is the only site in the University where paint may be used. The university and campus security guards only request that the artwork is “clean” and that the door handles are left alone! 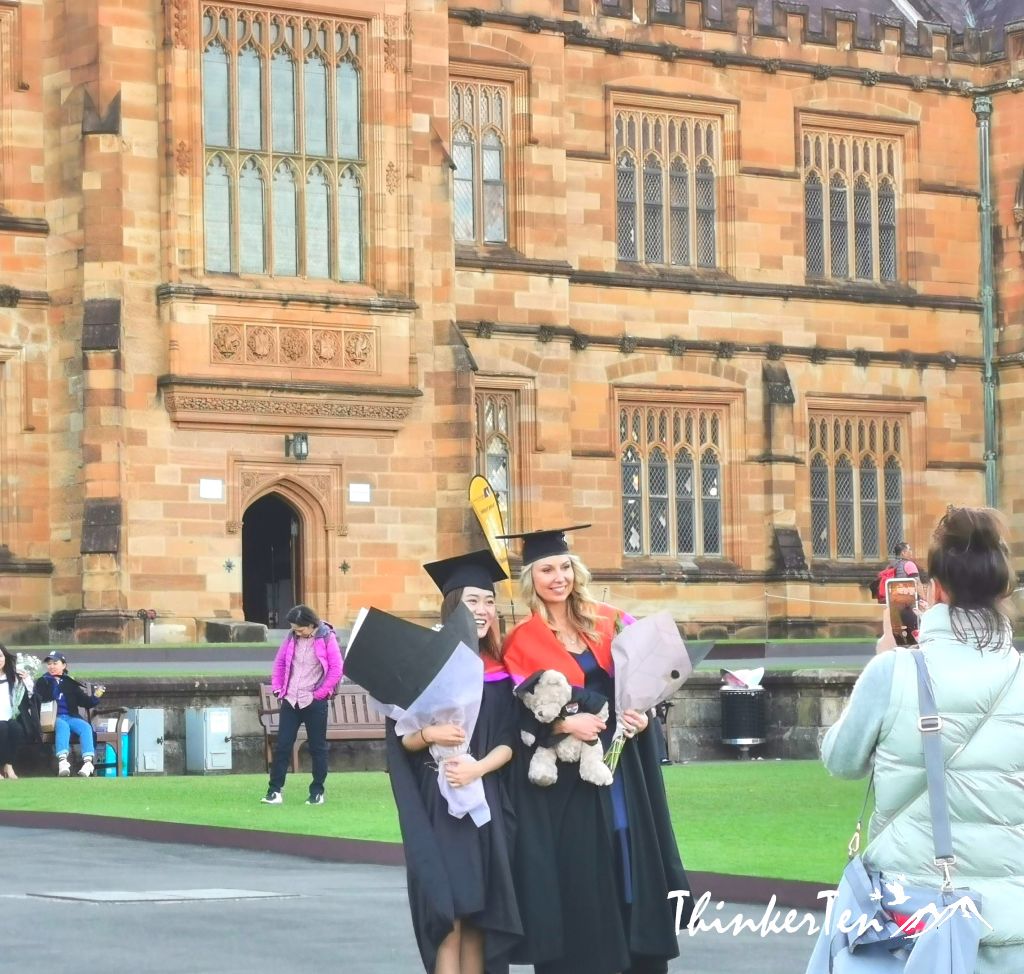 It is really worth to pay a visit to Sydney University if you are visiting Sydney.  It has one of the most beautiful architectures and manicured lawns. 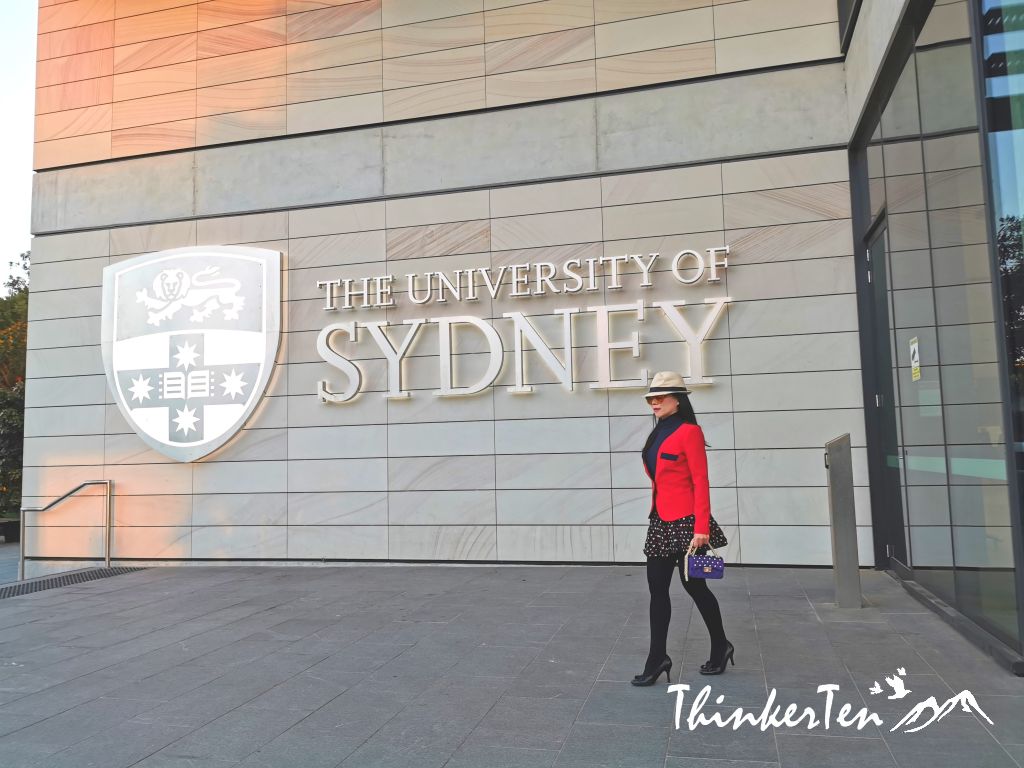 A visit to the Largest Chinatown in Australia – Sydney Chinatown

It was lovely to read about University of Sydney and how old it is and each of the building names. You must have enjoyed your visit and so proud that you graduated from there

It was a nostalgic return visit to the University of Sydney. Full of fond memories.

What a beautiful campus! I could see my kids wanting to move to Sydney for college.

I guess kids can learn and ready to be equipped with the city’s life when moving to Sydney.

What a beautiful university, with a lot of history as well. Looks like an impressive place to attend and visit.

Yes, it is an impressive building at Quadrangle and I love the Harry Potter’s vibe.

Oh wow! I’m not sure I could ever leave that place. it is absolutely one of the most gorgeous university I’ve ever seen.

It a copy of UK Cambridge and Oxford and the Quadrangle is best for graduation photo opportunities.

I’m obsessed with building and architecture. And I have to say that I’m in love with this university. What a neat old building. If I ever make it to Australia, I’m going to check it out.

I love old architectures too, so whenever I travel I am looking out for these sites to visit.

Wow, what a stunning building. Love that you can visit as a non-student too

What a beautiful campus! The architecture is beautiful. Just one more reason I’d love to visit Sydney one day.

The University is also very near to the CBD area Sydney, only 10 to 15 mins drive.

What a beautiful campus! It does look similar to Harry Potter. The Graffiti Tunnel sounds cool.

The Graffiti Tunnel is the place for a student to vent out their extra energy. LOL.

Wow, this campus looks amazing!! I’ll need to put this on my list of places to visit soon- Sondra Barker @cuisineandtravel

University of Sydney Camperdown campus should be in the must do list.

That is such a beautiful campus! Would love to visit it one day for sure.

The old sandstones look stunning too 🙂

I can definitely see why they call it the Oxford and Cambridge of the southern hemisphere. The architecture reminds of these old grand universities. I also like the modern design. I hope to visit if I ever get to Sydney!

When you walk towards the Quadrange of Sydney Uni, you see the old vs new design. The newer buildings were an example Burtalism’s design giant box-like construction which was done by the famous architecture company, FJMT (Francis-Jones Morehen Thorp). The giant stainless steel fin look super interesting, just sit at the front of the new building. Make me wonder what it is for.

This university is stunning! We spent almost a week in Sydney on our honeymoon, and I wish we had visited. Good for you!

I am sure you had a great time, the food, weather and beach are just wonderful.

What a beautiful campus full of such rich history! What an honor it must be to attend.

Thank you Catherine. Well, I have longer path to reach my goal but it is really a dream comes true for me.

This place is beautiful. The university definitely makes me want to travel there someday!

There is a bohemian neighbourhood that bustles with activity day and night nearby, called Newtown. If you visit Sydney University, do check out Newtown too.