A visit to the Largest Chinatown in Australia – Sydney Chinatown

Most major cities have a Chinatown and it is the areas where Chinese settlement first took shape outside of China. I have visited a number of Chinatown in the west, most of the Chinatown has one common thing, that is there are two Paifang (traditional Chinese architectural) at each end.

Sydney Chinatown is Australia’s largest Chinatown, located in between Central Station (just 10 mins walk) and Darling Harbour, opposite of Paddy’s market (picture below). 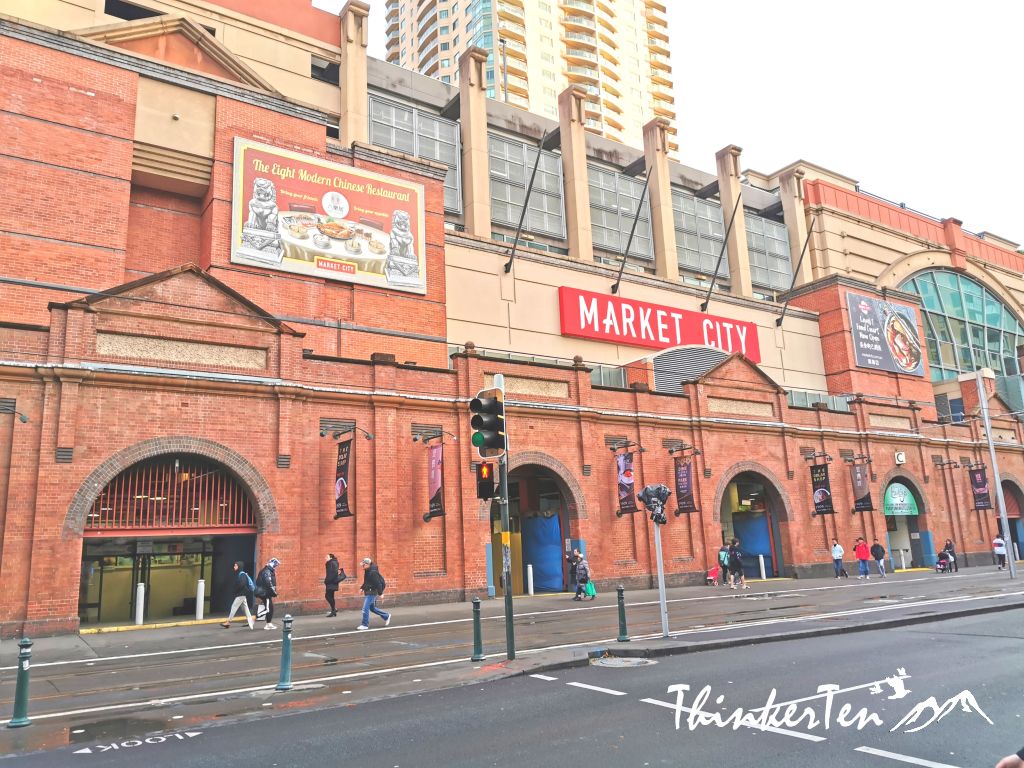 Chinatown nowadays is a popular place to visit for tourists, a great place to hunt for food.  Similar to Chinatown in the US (Las Vegas & San Francisco), Chinatown isn’t just about Chinese food. It also has other cuisines from Asia, such as Thai, Vietnam, Malaysia, Indonesia, Cambodia, Japan, and Korea.  Of course, you can even have Yam cha dim sum but mostly happen in the morning and afternoon in Sydney Chinatown. 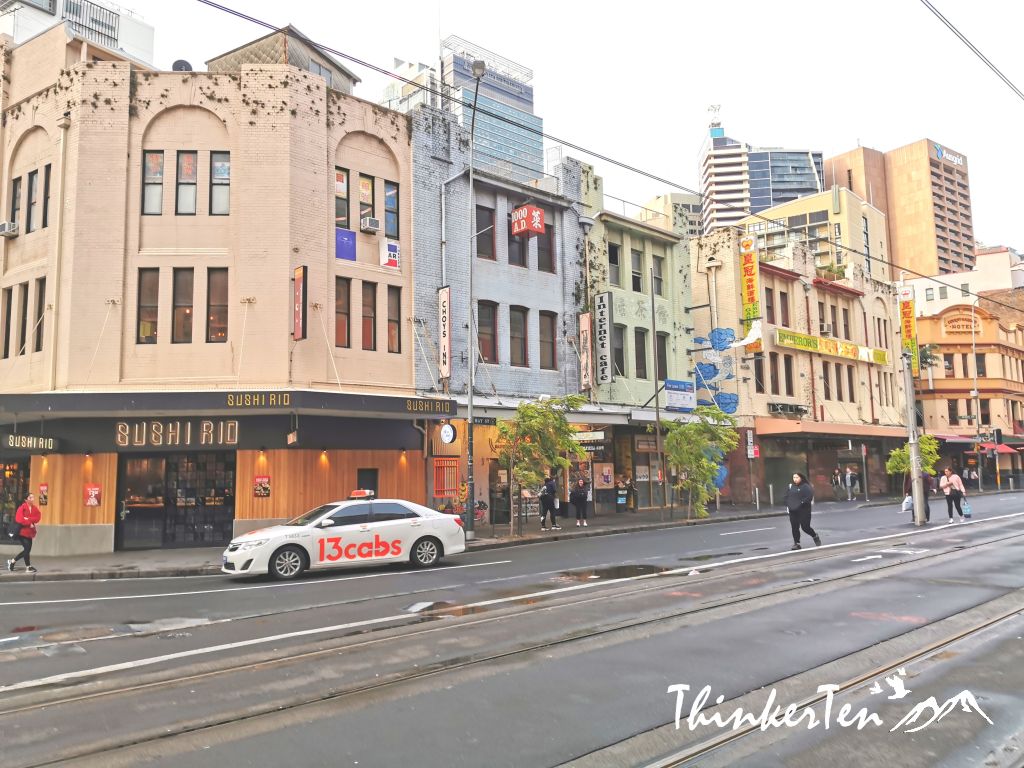 This piece of artwork is not to be missed when you visit Sydney Chinatown. Standing 10.7 m high, the golden tree trunk from eucalyptus tree is located on the corner of Hay & Sussex Street in Haymarket, act as an entry point to Chinatown based on Chinese Feng Shui and mixed with Australia native material. You will notice, wood, water, earth, gold in this artwork. Gold leaf was used as it provides a historical link to the early Chinese settlers in the goldfields. Eucalyptus tree defines Australia and they are the dominant trees in Australia. By the way, Australia’s pet icon, the koalas eat mainly eucalyptus leaves too. 🙂 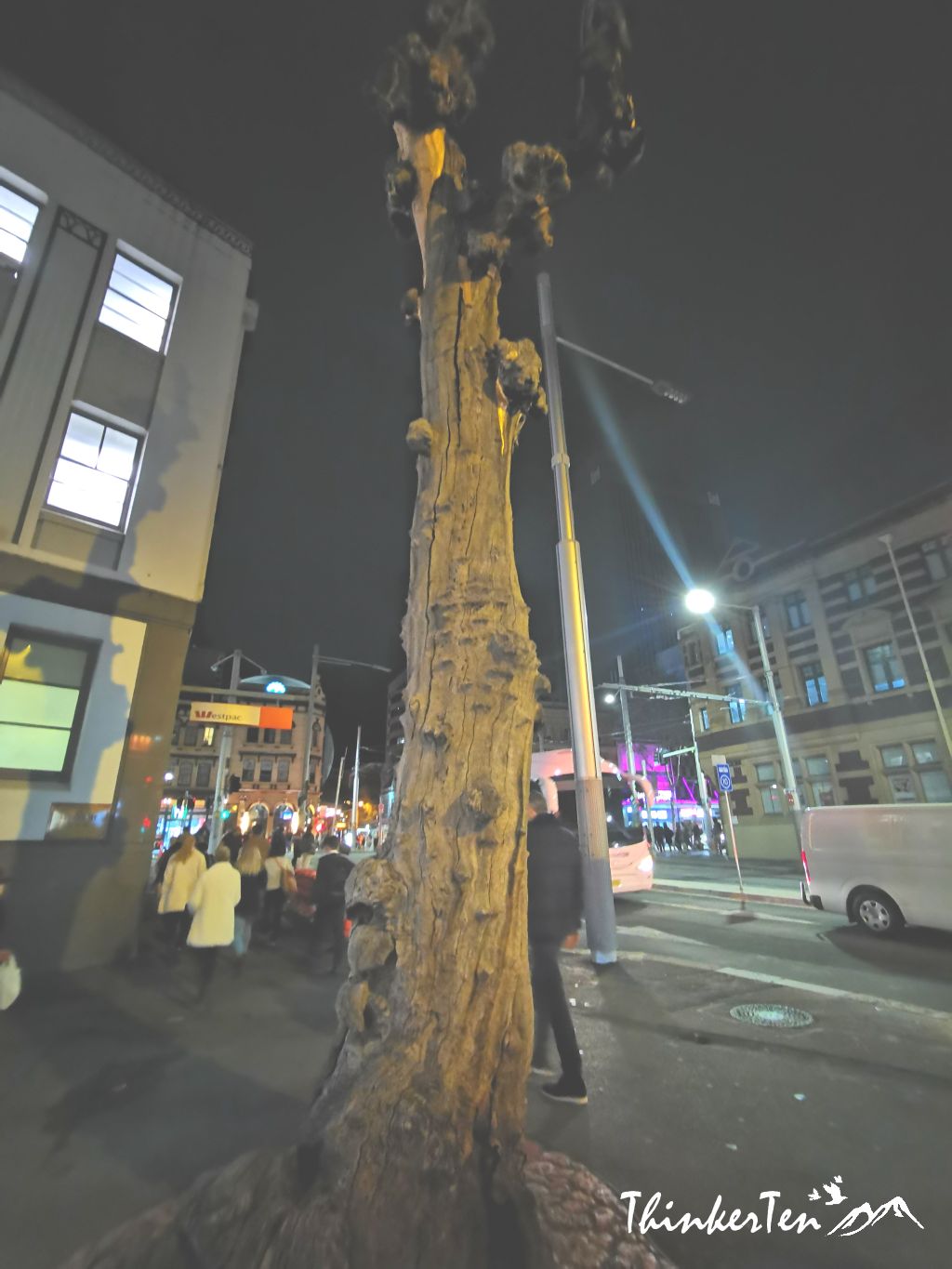 Dixon Street is a pedestrian street in the heart of Chinatown. There are two paifang gates located at either end of the streets and these are must-have photos for tourists. Every Friday from 4 pm onwards, there will be night market selling Asian street food, desserts, and gifts. Chinatown is also a place to find great souvenirs as there are a number of shops to visit for numerous goods. 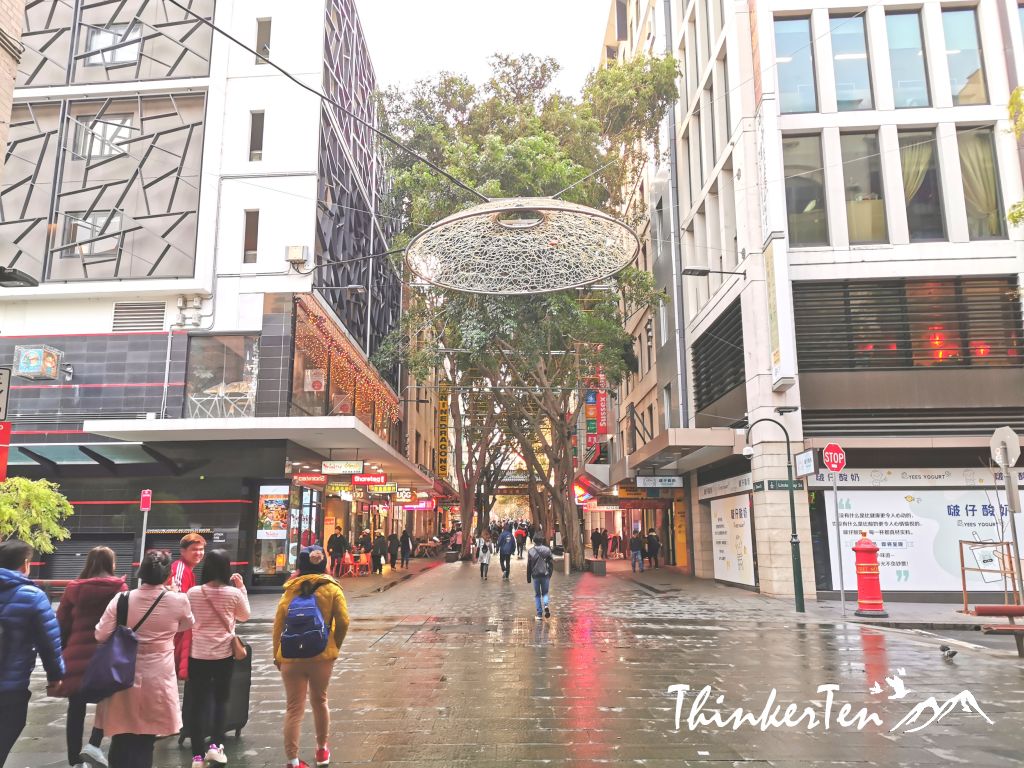 There is a line at a small window of Emperor’s Garden Cakes shop, queuing for Emperor’s Puff, steamy hot little custard balls. This seems like a must-have in Chinatown Sydney. What I like most about the Emperor’s Puff is it is served hot. 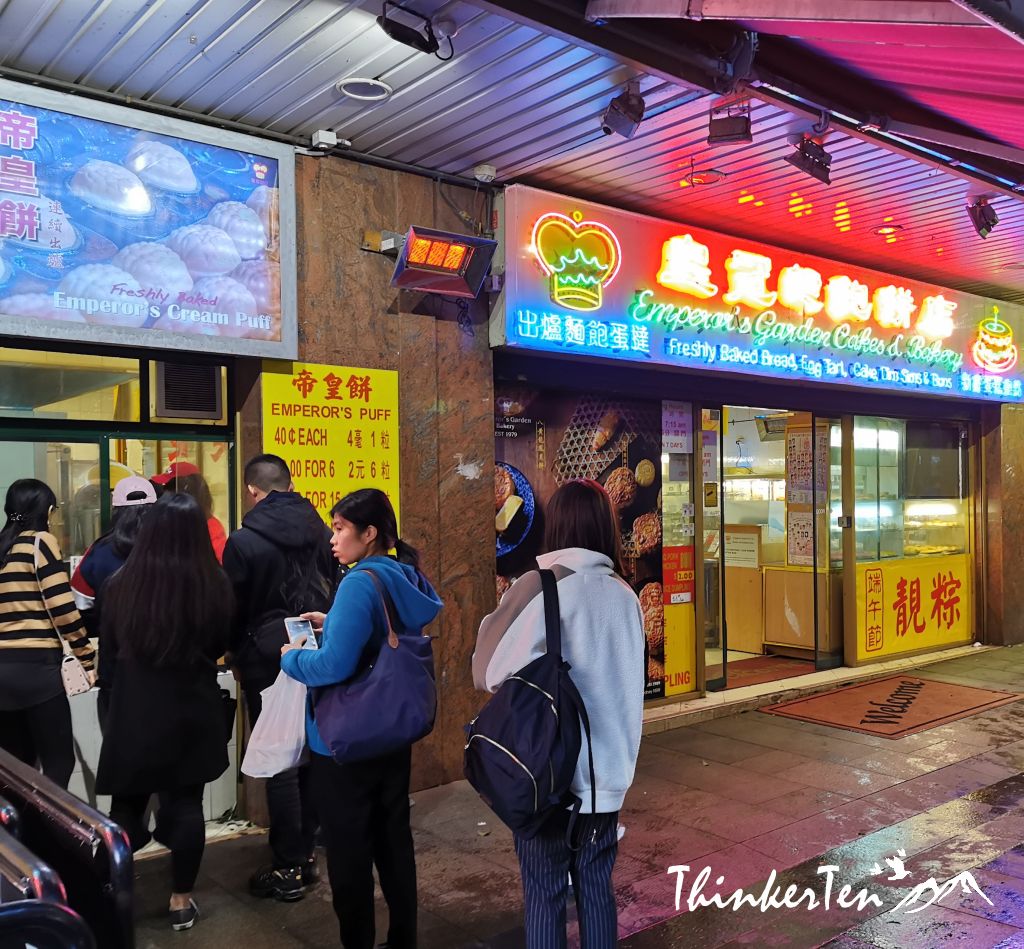 There are a number of food courts in Sydney Chinatown. Dixon House Food Court is the one we visited before going to our Sydney Harbour Cruise ride with Captain Cook. There are so many choices of Asian dishes to choose from at very budget prices. The meals come very fast and in a very generous portion. Since we were in a rush, Dixon House Food Court is a better choice for us.

We ordered pig stomach soup with herb and stir-fried eggplant with salted fish. 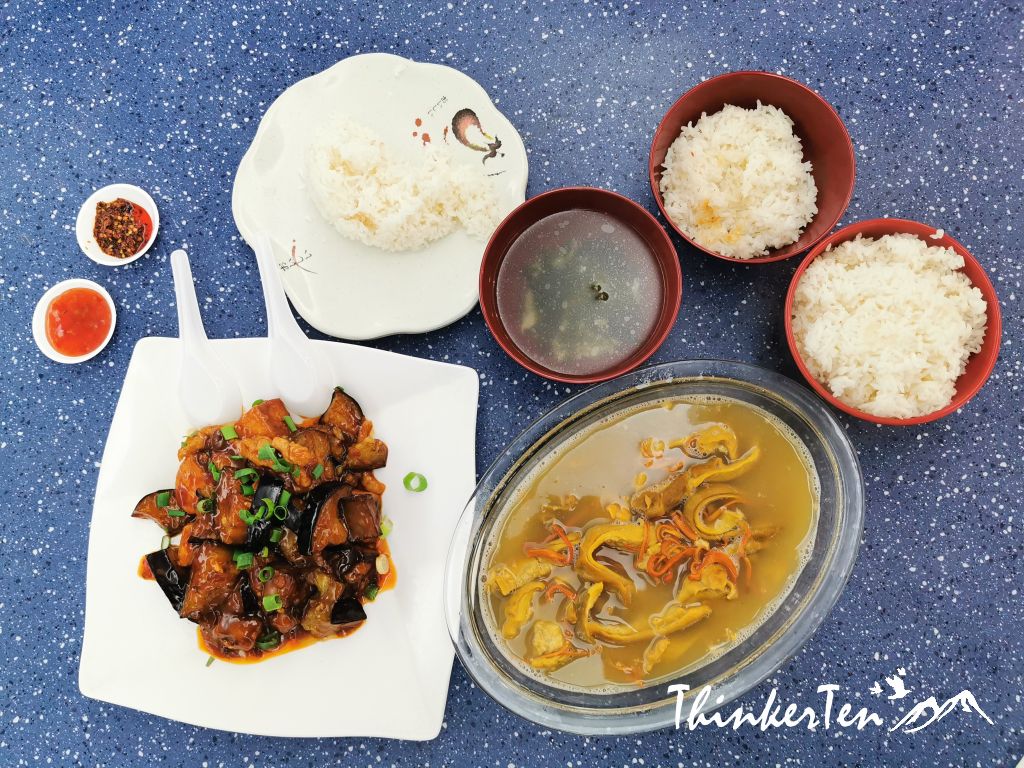 Yogurt 酸奶 has historically been a commercial success in China, even surpassing milk. It is more easily digestible by those who are lactose-intolerant, and room-temperature brands have even made them accessible to children and the elderly. So you will notice the queue for Yomie’s Rice x Yogurt is always there, at the corner of Thomas and Hay Streets in Chinatown. This would be a rival for bubble tea, it is not bubble tea but yogurt drinks and their signature is yogurt-based with purple rice. It has a combination of sweet, fruity and sour taste. 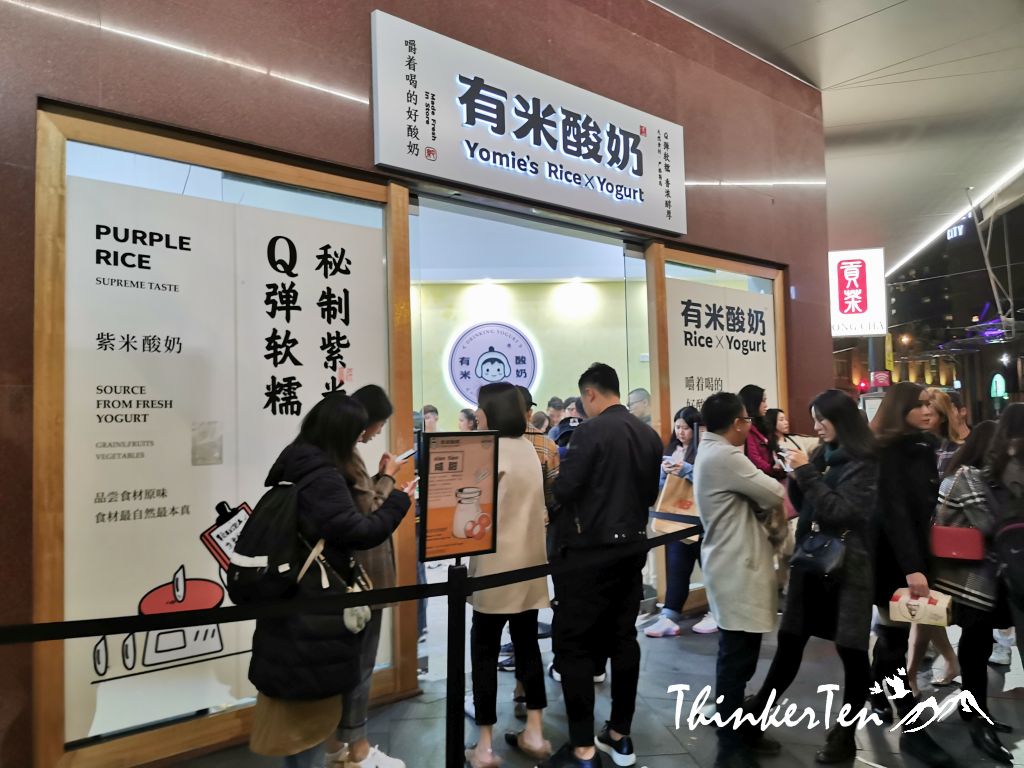 The blue angles only appear floating high up at night and with mysterious alien glowing blue. When we walked past, we stopped and looked and embraced at the ghostly vibes.

Located in the Factory Street and Kimber Lane in Haymarket,  the wall murals arts was done by Jason Wing, a Sydney Based street artist. His work references both Chinese and Aboriginal motifs. The half-human, half spirit figures in Kimber Lane represent our past, present, and future ancestors. The themes of heaven and earth, the elements, and respect for ancestors past and present, are universal. 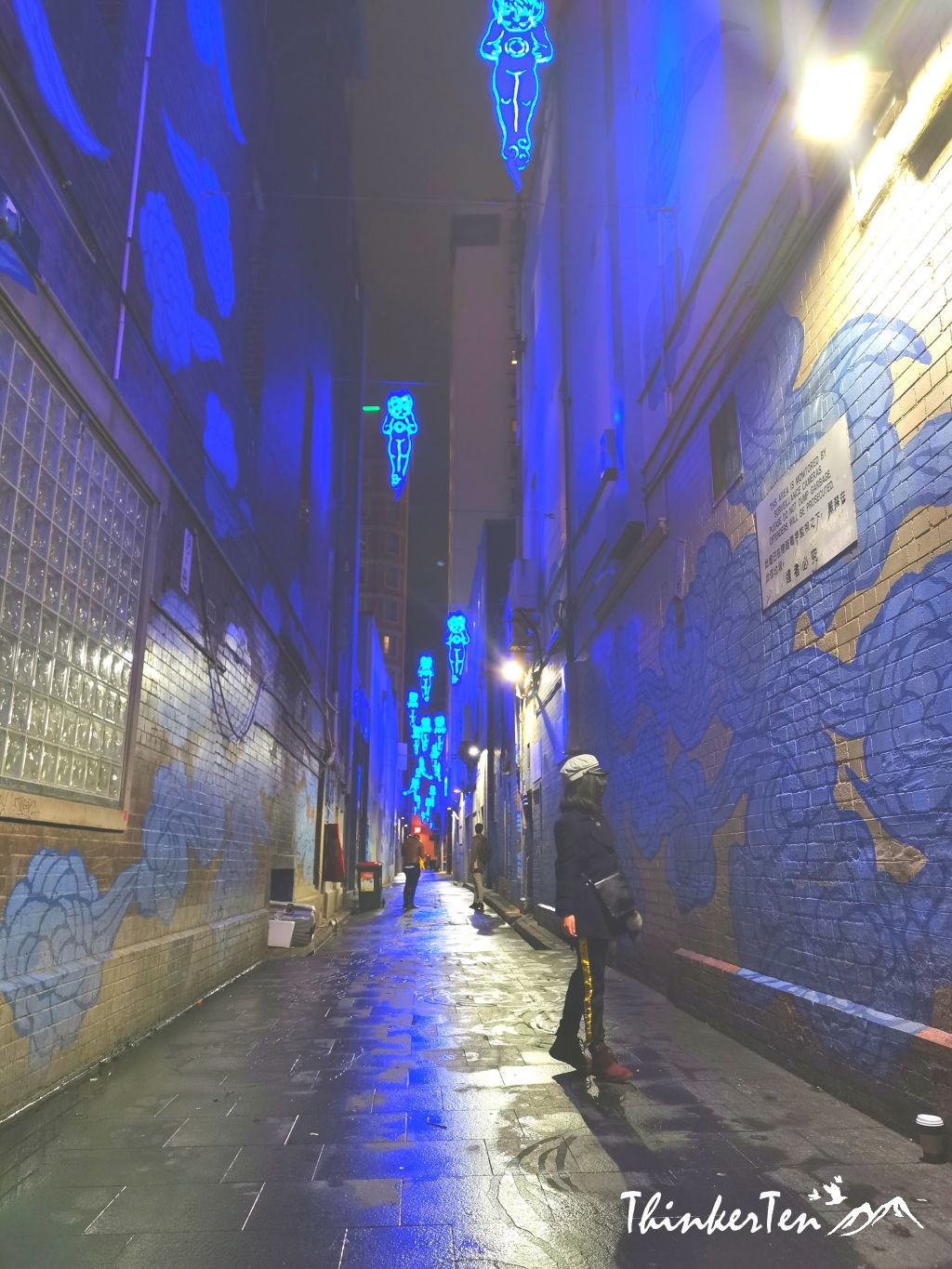 The sad thing is there is no museum or cultural centre that tells the story of its historical significance for Chinese settlement in Sydney.  However, if you are a foodie, this is the place for you. 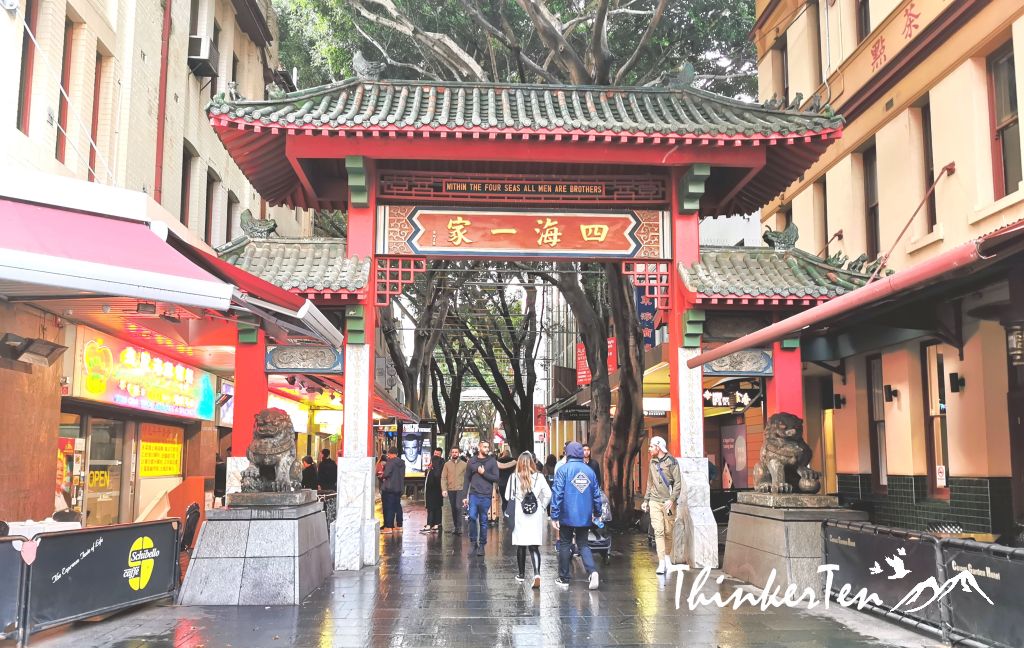 Enjoy the serenity and tranquility at Springleaf Park Singapore

University of Sydney – The oldest university in Australia

You sold me at custard balls. 🙂 I would love to visit this area. It looks and sounds like a great place to spend some time.

This sounds like a must see place when visiting Sydney. The place is really beautiful and the food looks really delicious. Hope to see that place someday!

Wow, this place looks incredible. There’s so much to do and see there! Looks like a brilliant place to take the whole family

What an incredible place to visit!! It looks like such a fun place to sight-see and eat through 🙂

I am a huge foodie so would love to visit Chinatown when we visit Sydney, my husband would have loved if there was a museum explaining its history

I visited London Chinatown too, pretty small but full of delicious food.