This morning we arrived early in the President Blue House, Cheong Wa Dae.  Why it is called Blue house? In Chinese writing is “靑瓦臺”

“靑 “- refer to Blue in Korean and Japanese languages.  Unlike in Chinese, the meaning is green.

I could only guess it is called as Blue house because of the tiles used were in blue color.  The blue tiles and the smooth roof blend beautifully with the Bugaksan Mountain in the backdrop.  Due to last night demonstration, we were not allow to enter the Blue House this morning. 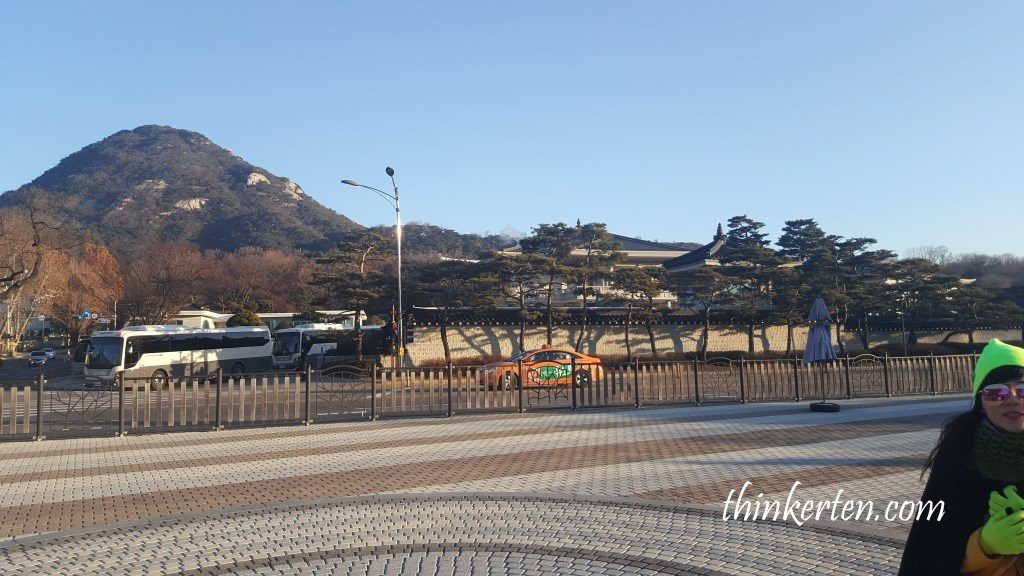 There were still many police around the Blue house early morning after last night protest.  The place appeared to be very calm and clean after a long night protect.  May be it is very common to have such demonstration in Korea, everything seem to be so organized. 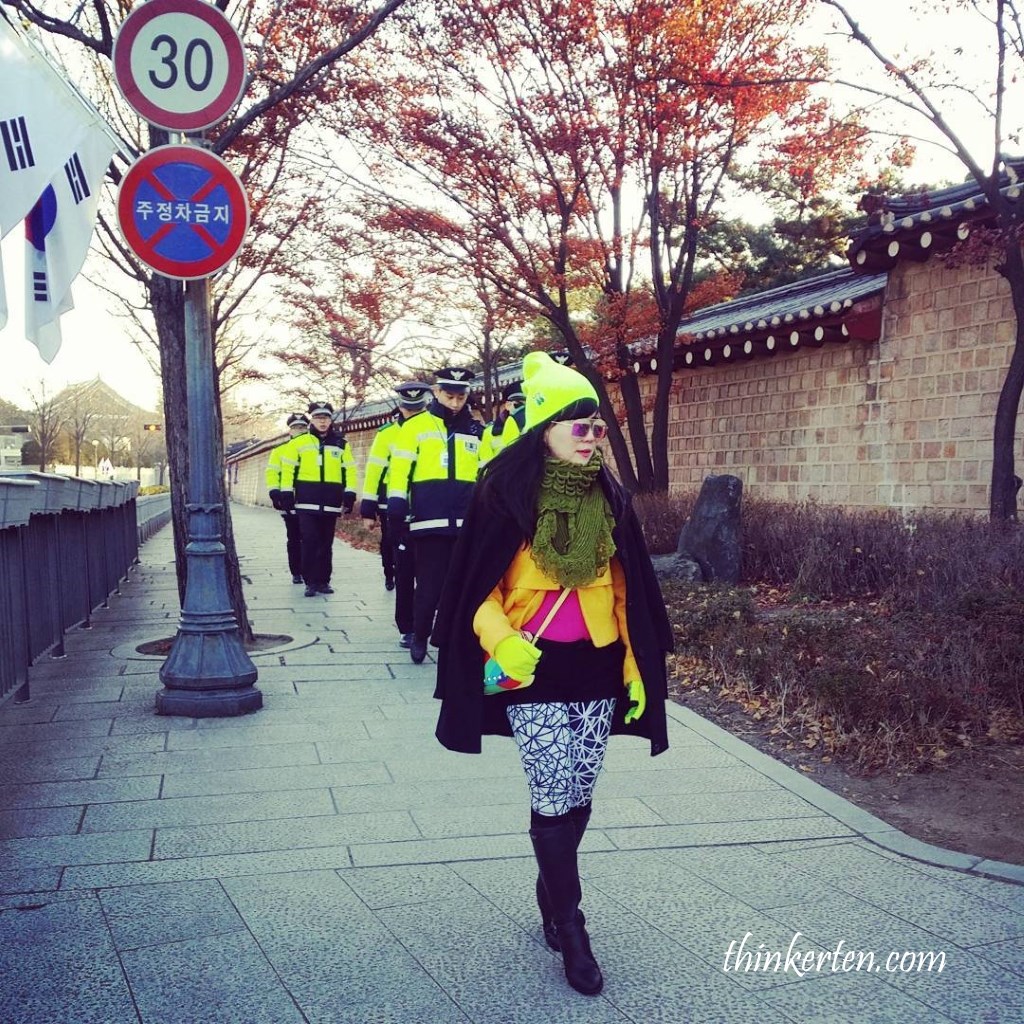 Changdeokgung Palance is one of the “Five Grand Palaces” built by the kings of the Joseon Dynasty. It is actually the second home to the main palace of Gyoengbokgung Palace.  This was my second time to visit this place but I still enjoyed it very much. 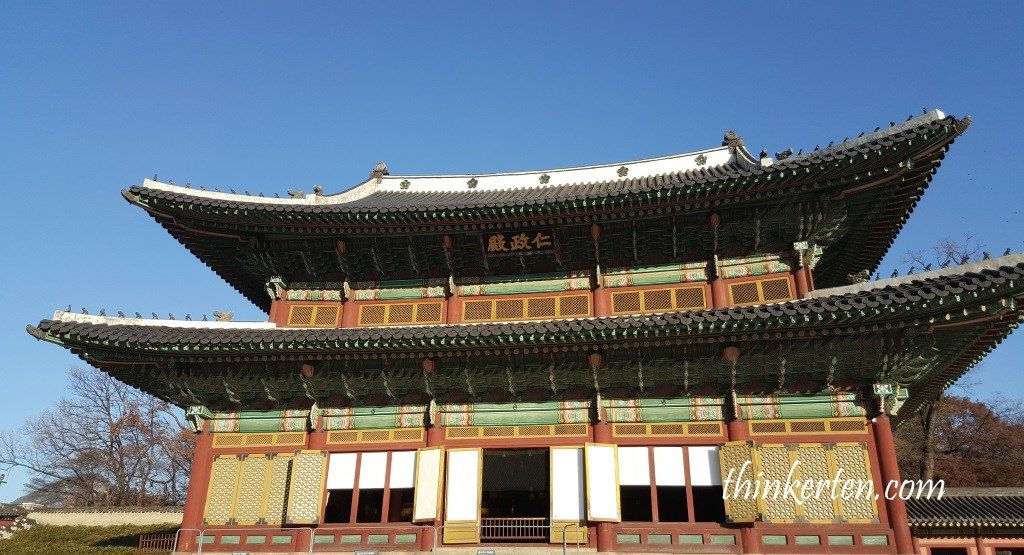 It was pretty sad to learn that the palace was burnt down by the Japanese during their invasion.  However, most site were being restored and still well maintained. 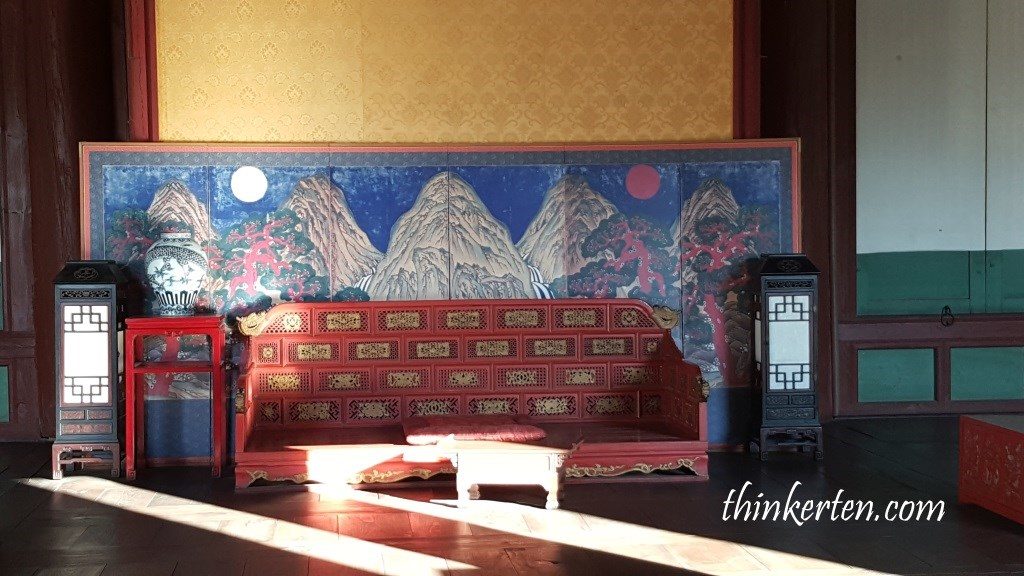 This palace is really beautiful with great architecture. 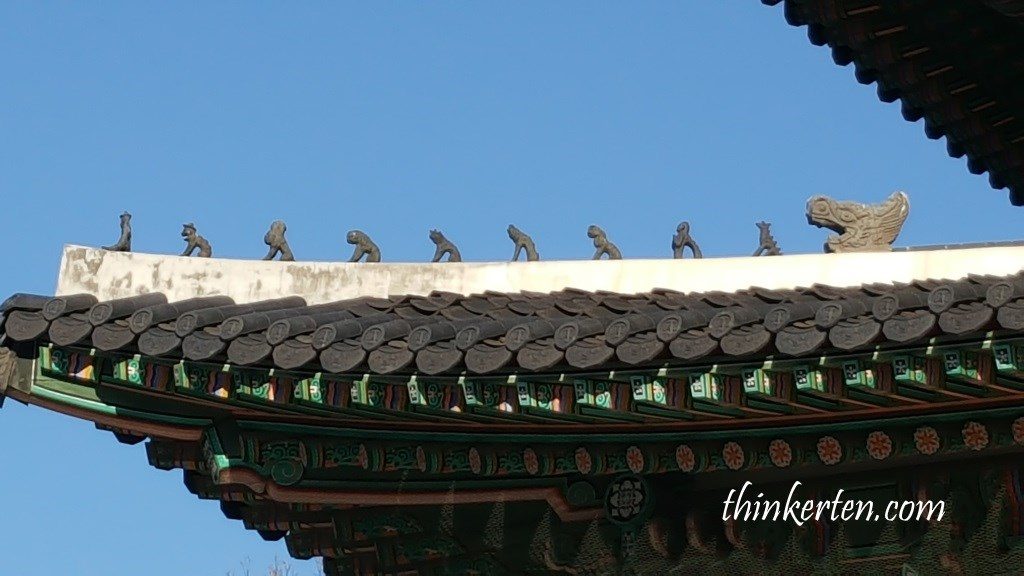 What I like most about this palace is it serenity and every corner there is a magical photo opportunity. 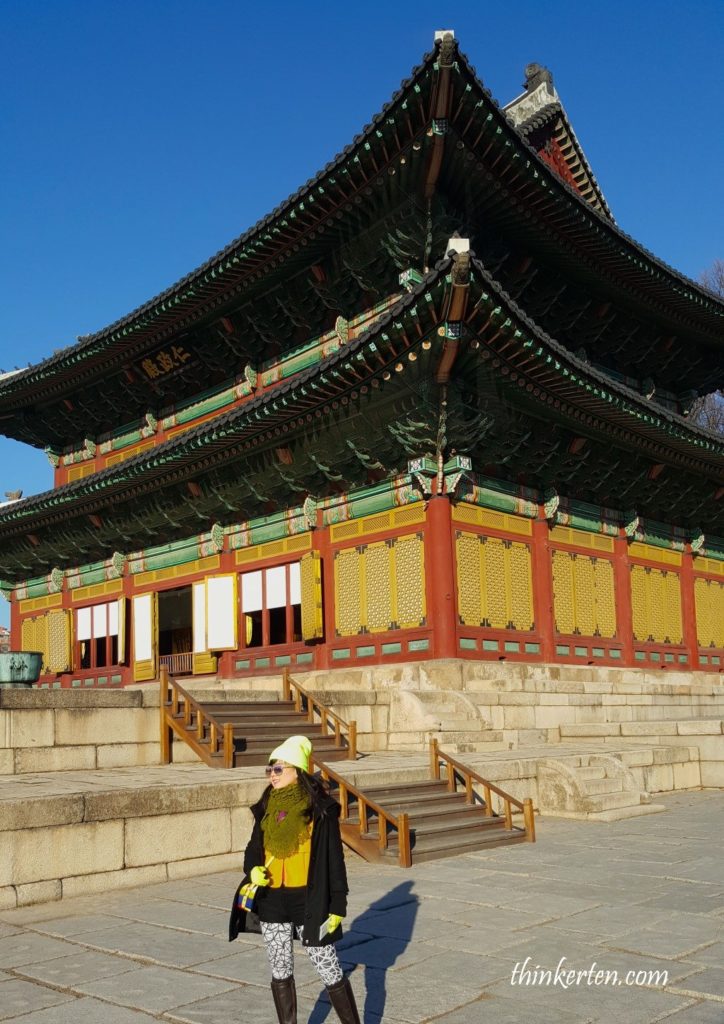 This palace is very big and there was a lot of walking for us that morning.  I was lucky to wear a comfy boot to walk around this area.

There is a secret garden in this palace but we need to pay an additional tickets to enter.  Our tour guide told us there was not much of flowers in the winter in the secret garden.  It would be very beautiful if the season was spring and autumn where there were cherry blossom or red maple leaves. 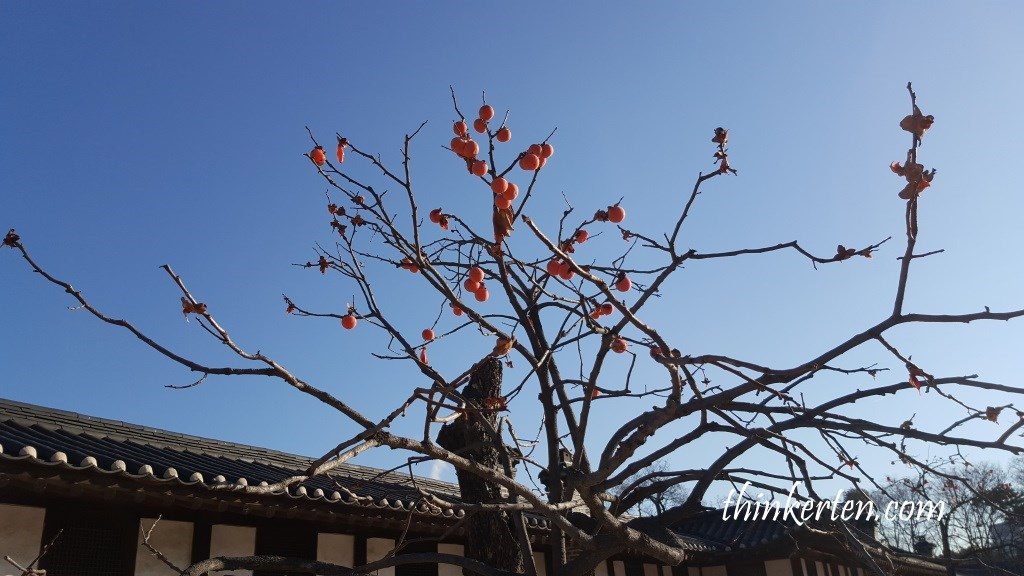 We left the palace and headed to the airport in the afternoon.  We had our lunch in the Airport and the food tasted fine and very huge portion, price was reasonable.

That mark the end of our Korea trip.  What I like most about this trip was the food provided were different variety everyday.  It gave us a chance to try out most of the famous Korean cuisine.  The portion served and quality is very satisfying.

South Korea Round the Island – Day 7 – Shopping in Myeongdong Seoul