San Diego Old Town is the “birthplace” of California

If you want to know more about California history, then San Diego Old Town is a right place to explore.  It is belong to the State Park so there is no entrance fees. 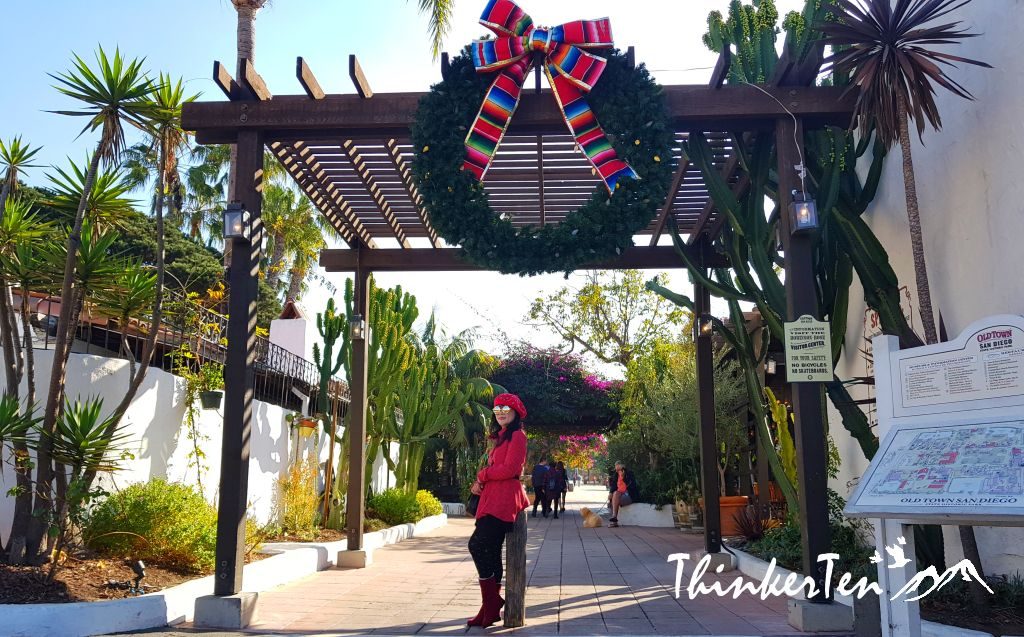 The historical park is very big to walk around, there are several museum all with no entrance fees and few restaurants available.

Once you enter the Old Town, you will be fascinated by the old houses, mostly built in the early Mexican-American period of 19th century life. You will also see there are staff who works here dressed up in the time period clothing. All of the old houses here are now became a museum and you can just walk in for free. 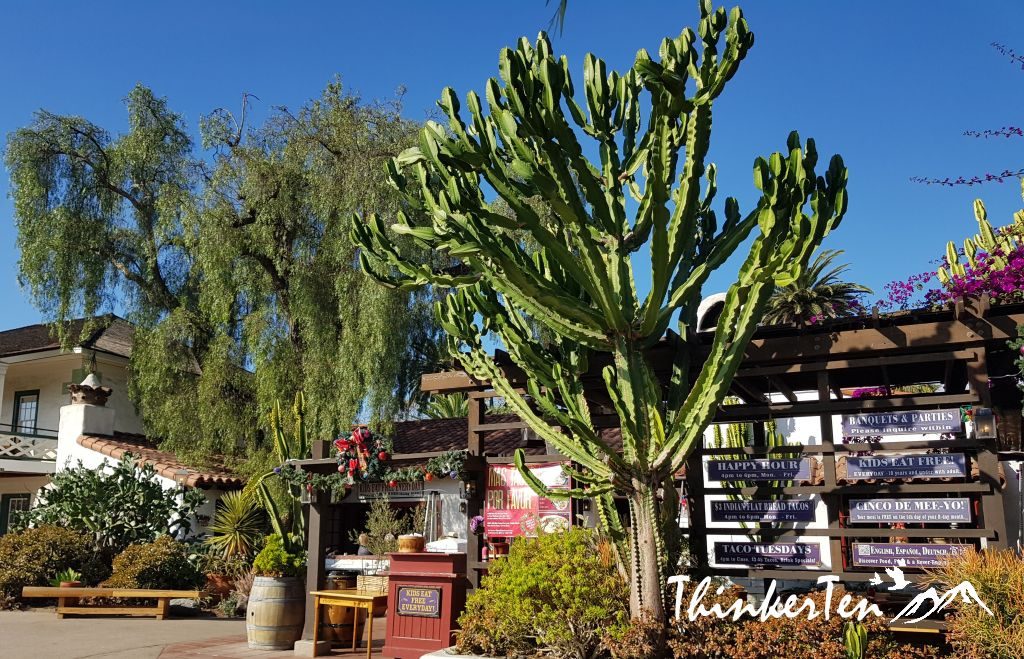 Gardens are beautifully planted with all sorts of interesting plants, such as cactus. 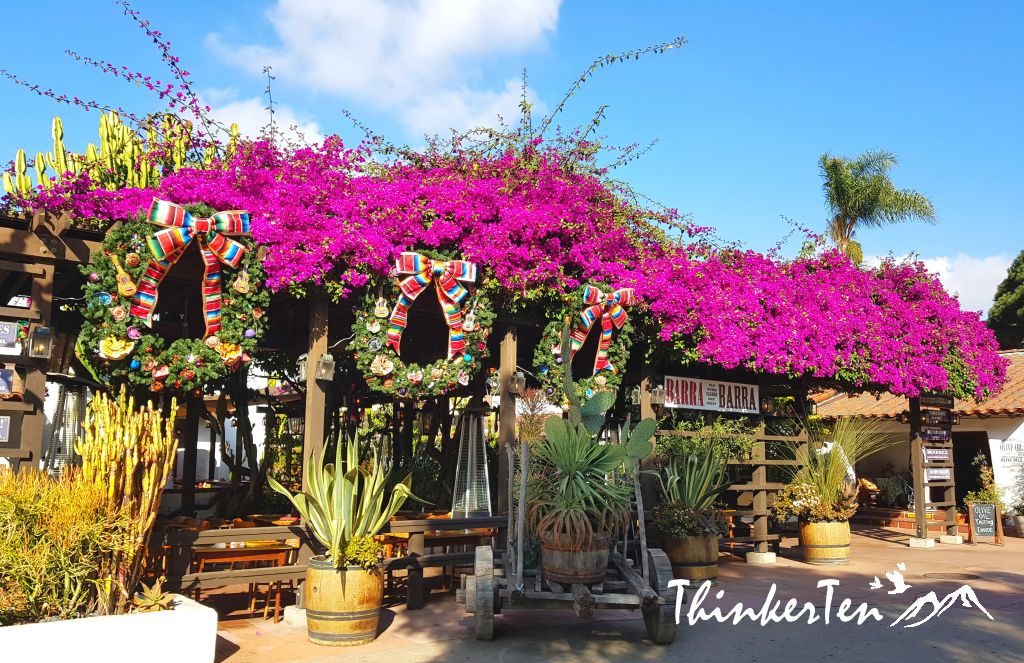 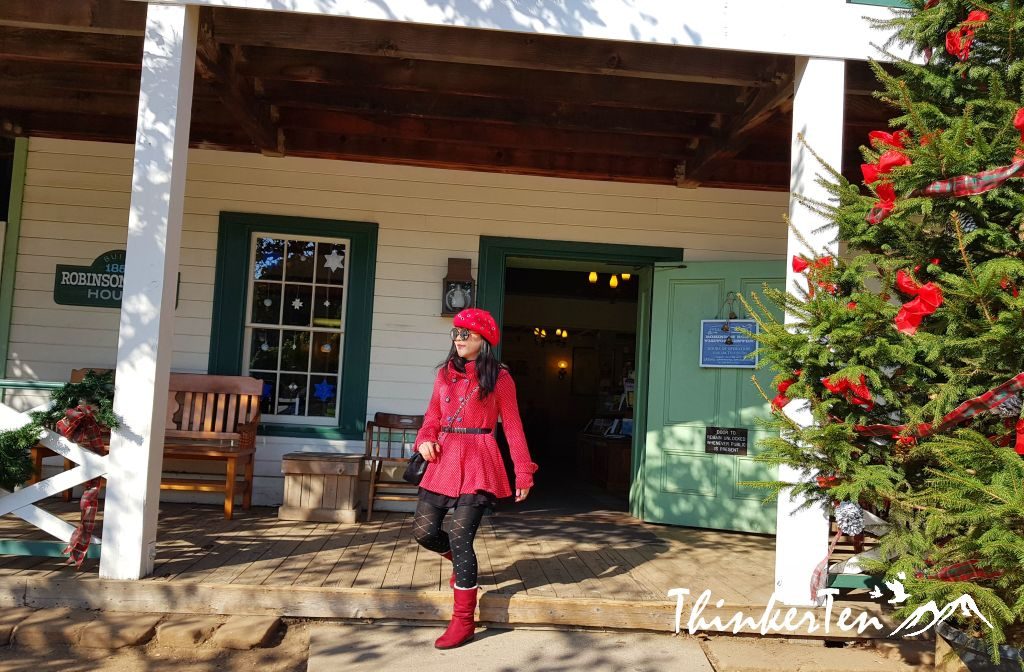 Staffs who work here dressed up in time period clothing, pretty interesting to see these people walking around in such attire.  I feel like I has stepped into the 19th century! 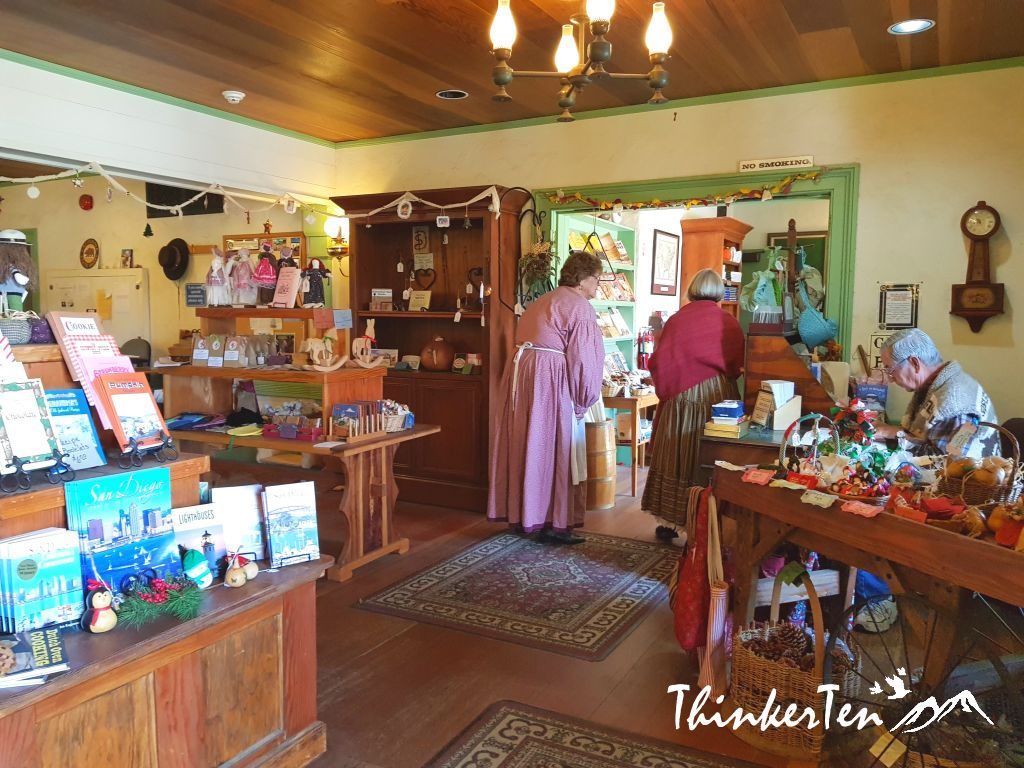 American Flag and the California Flag also known as the ‘Bear Flag’ flown high on the sunny day at the Old Town San Diego. 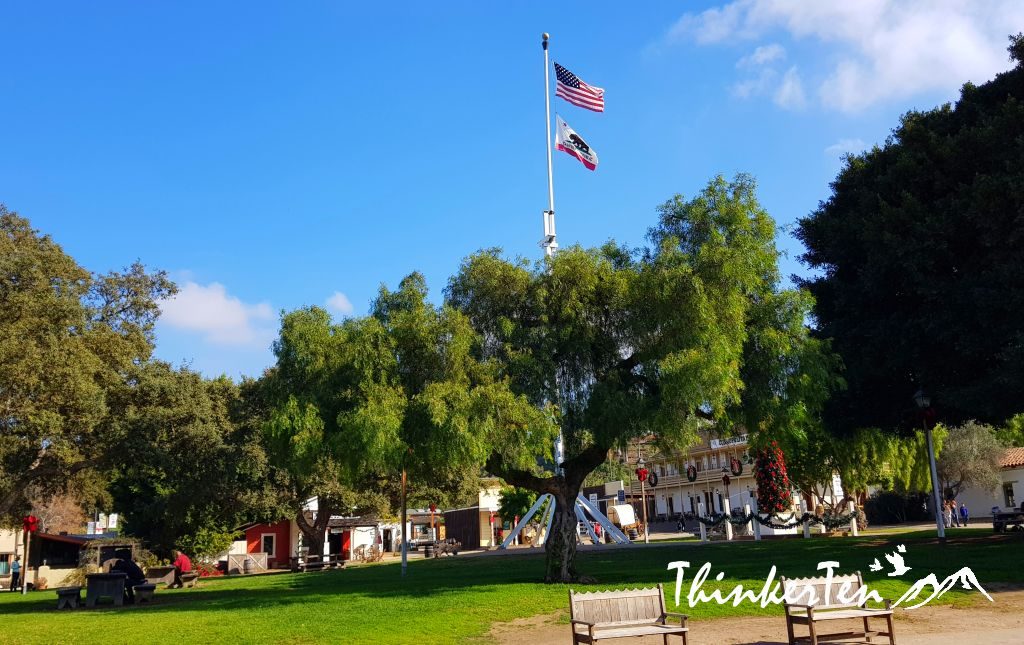 Some display at one of the museum in Old Town San Diego, showing how did the people live back in the olden days. 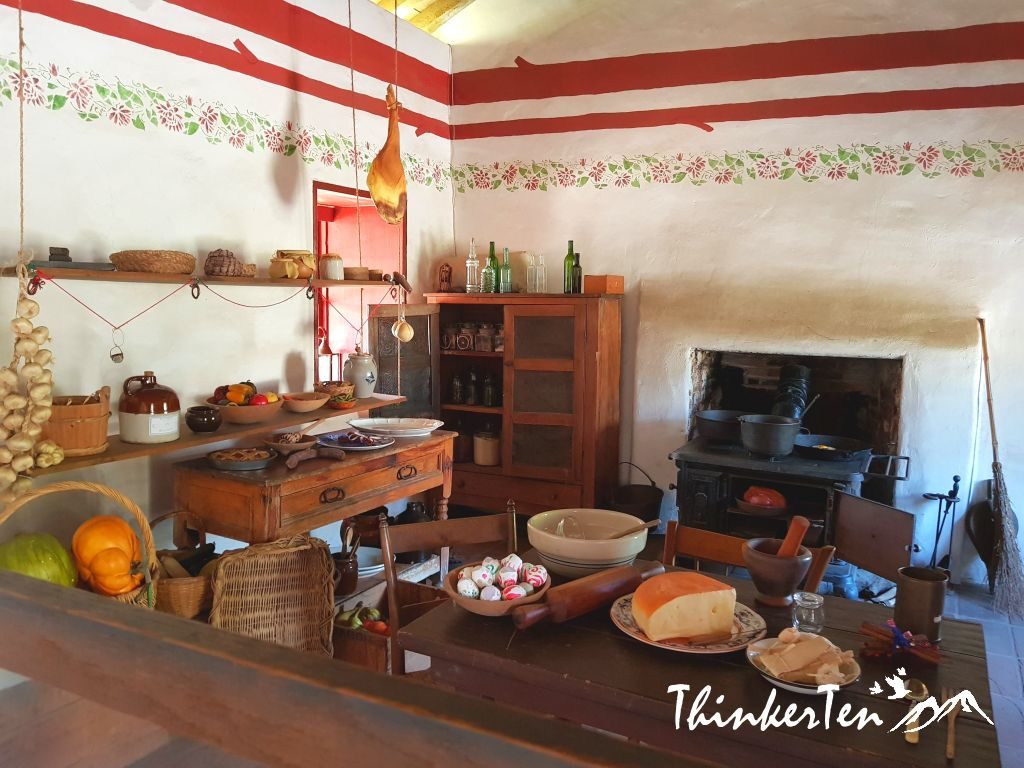 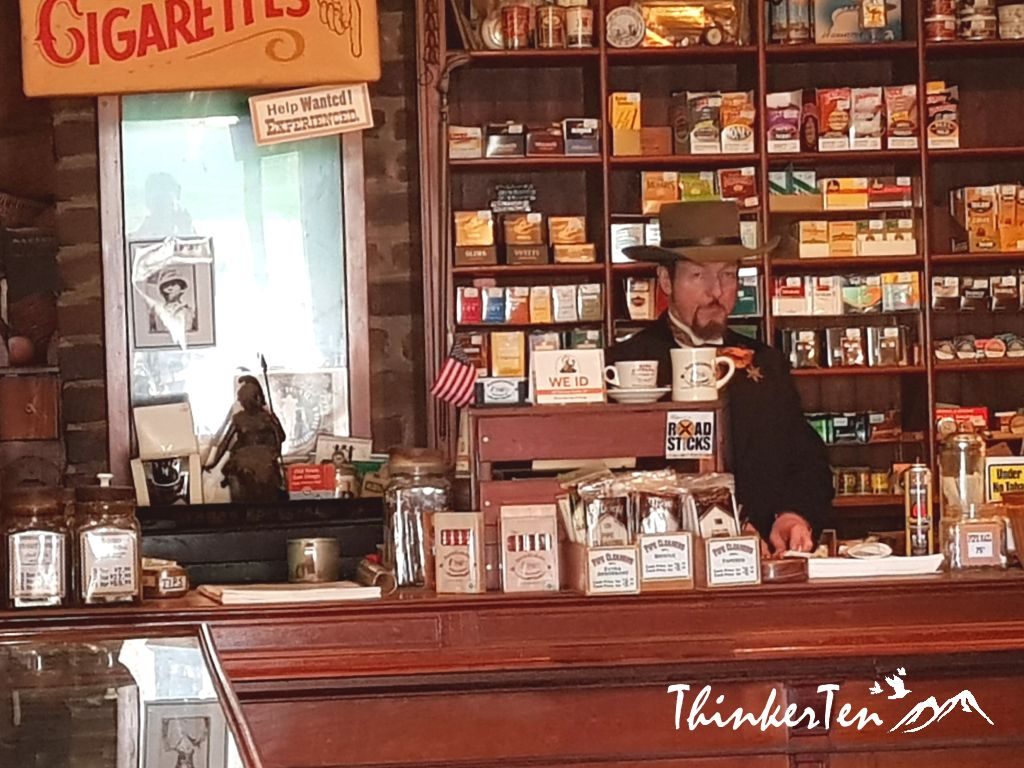 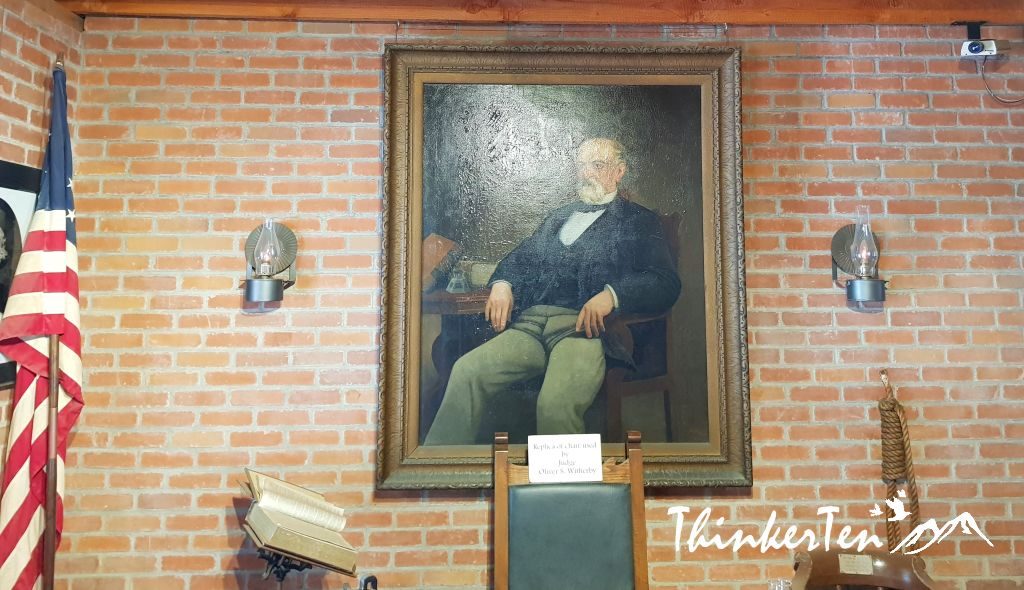 There is an iron jail cell outside the Courthouse.  There is a bigger hole at the bottom of the cell so food can be delivered in. 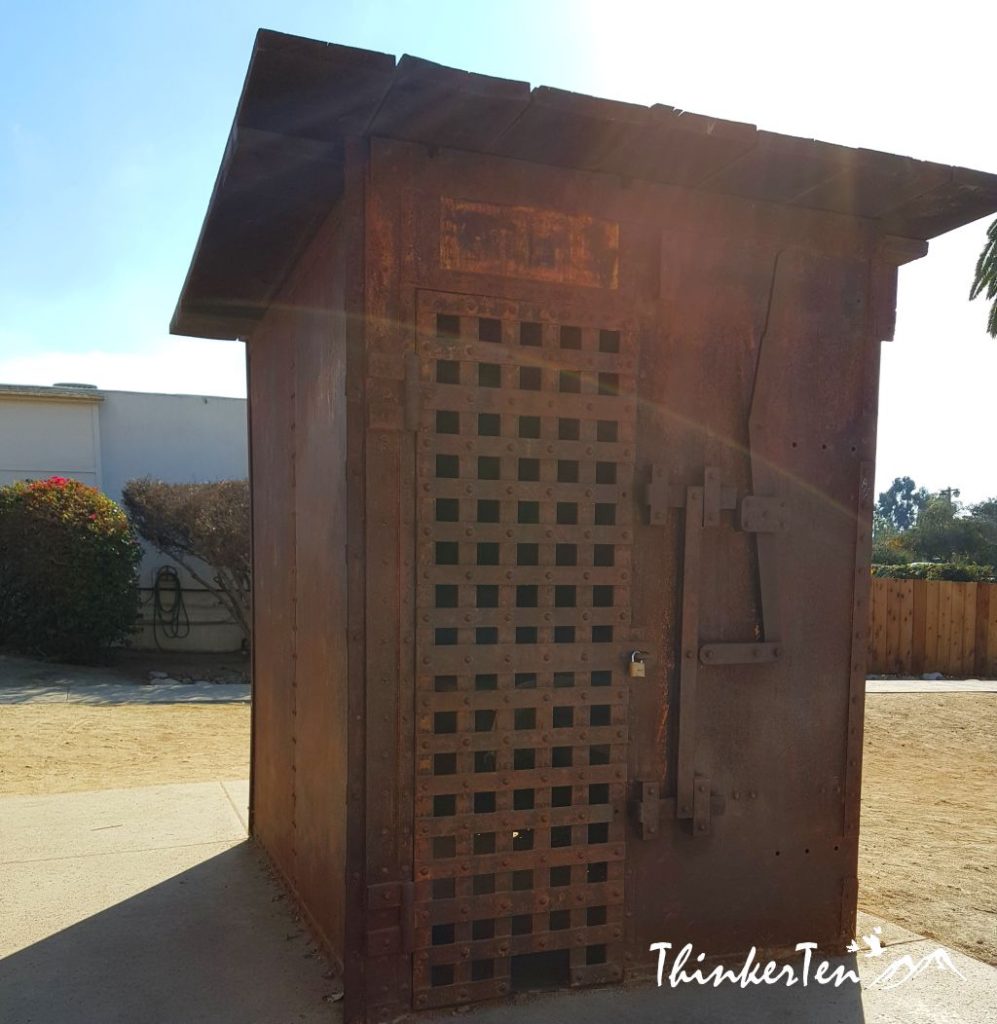 This is the first public school in San Diego.

This is another museum featuring original Concord Coach from 19th century, an original panoramic painting of San Diego, an antique pocket watch and two authentic telegraphs. 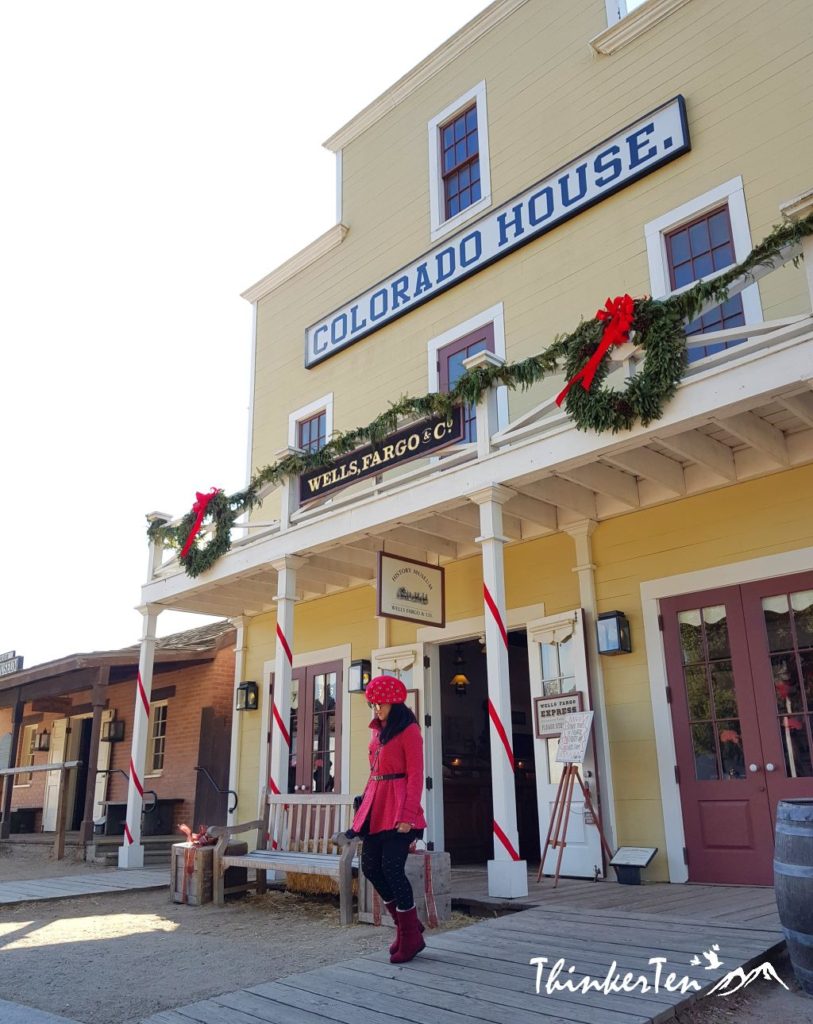 Some of the buildings here are shops selling things for visitors. 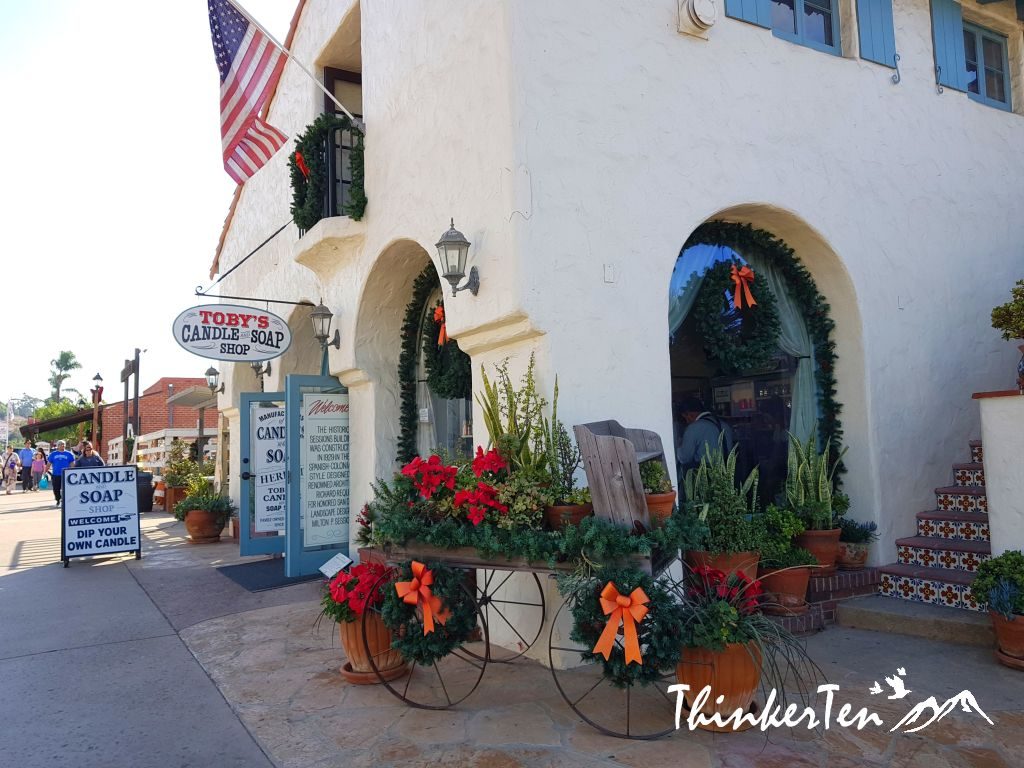 This house was built by the son of Miguel de-Pedrorena, Miguel was the one of the early settler of San Diego who was born in Spain.

This is the Mexican Folk Art. 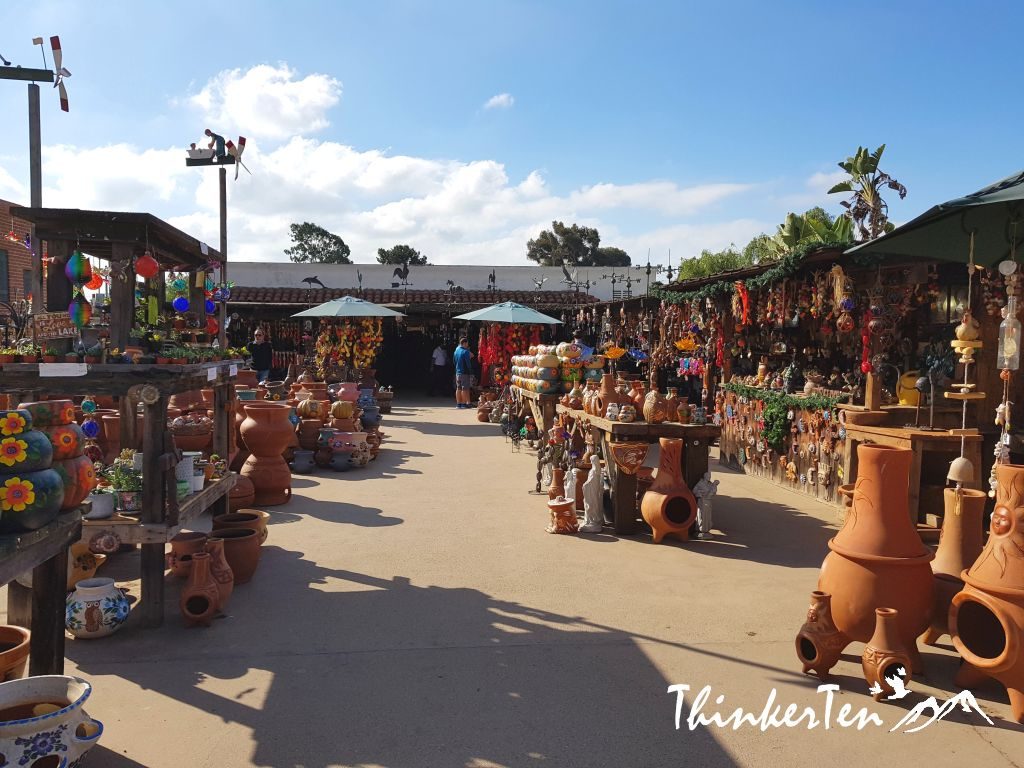 We are not going to buy any pottery as it is too troubelsome to bring them back. 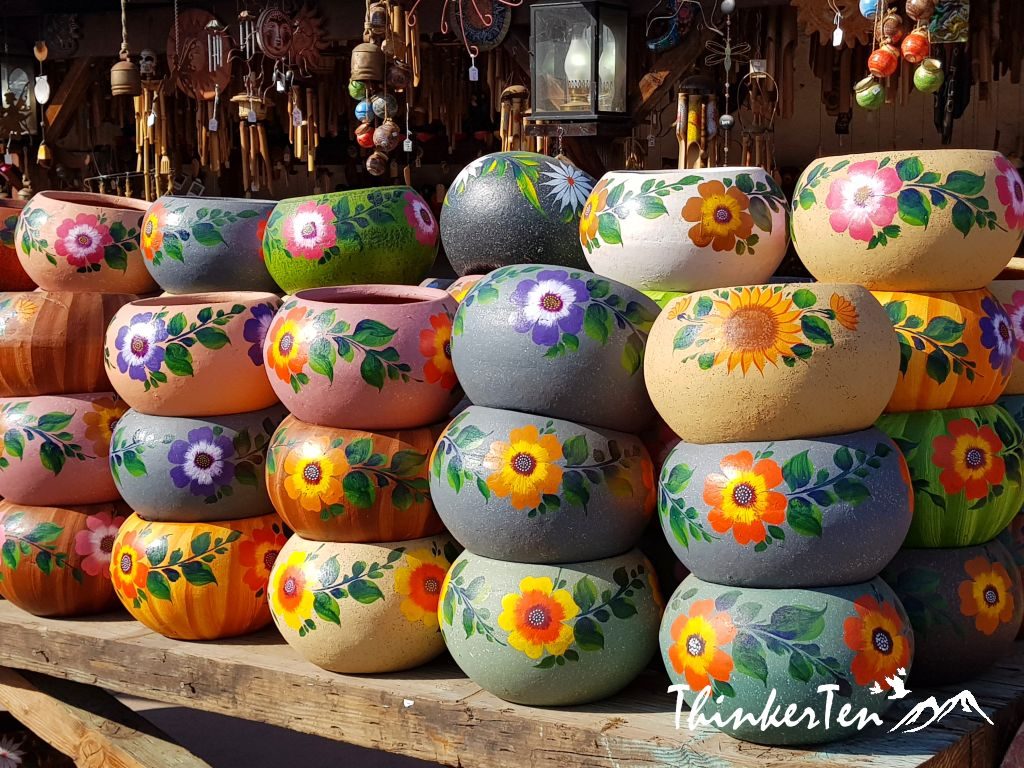 These pottery (refer to above) can be used for succulent plant, should be very pretty. 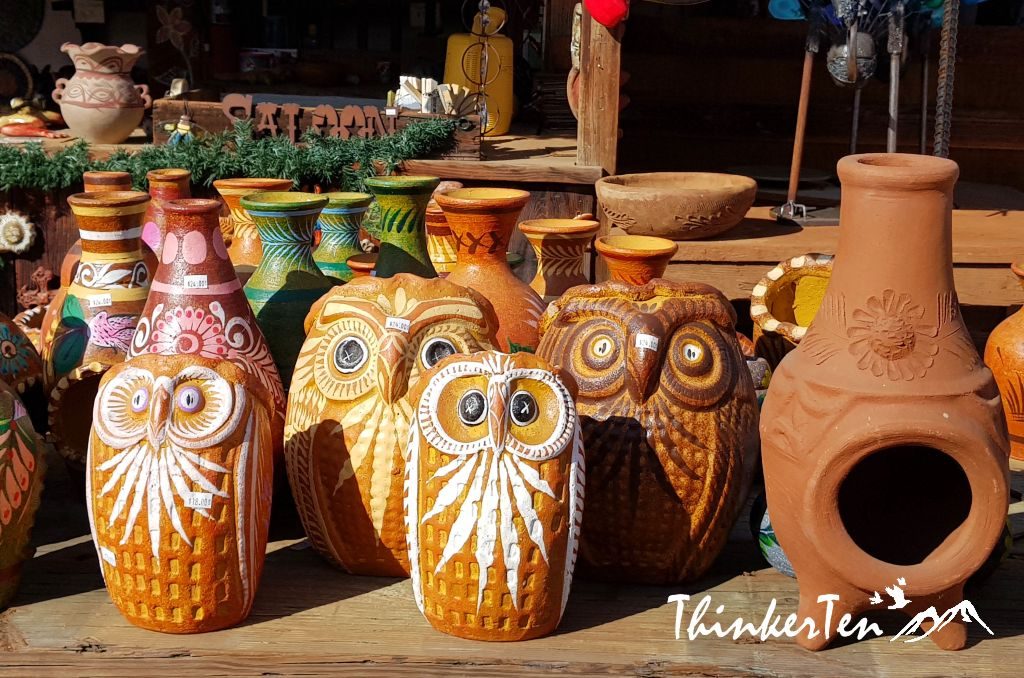 The Gum Saan (sound like Cantonese), the store is selling some Chinese Jewelry pieces like beads, jades and other artifacts. 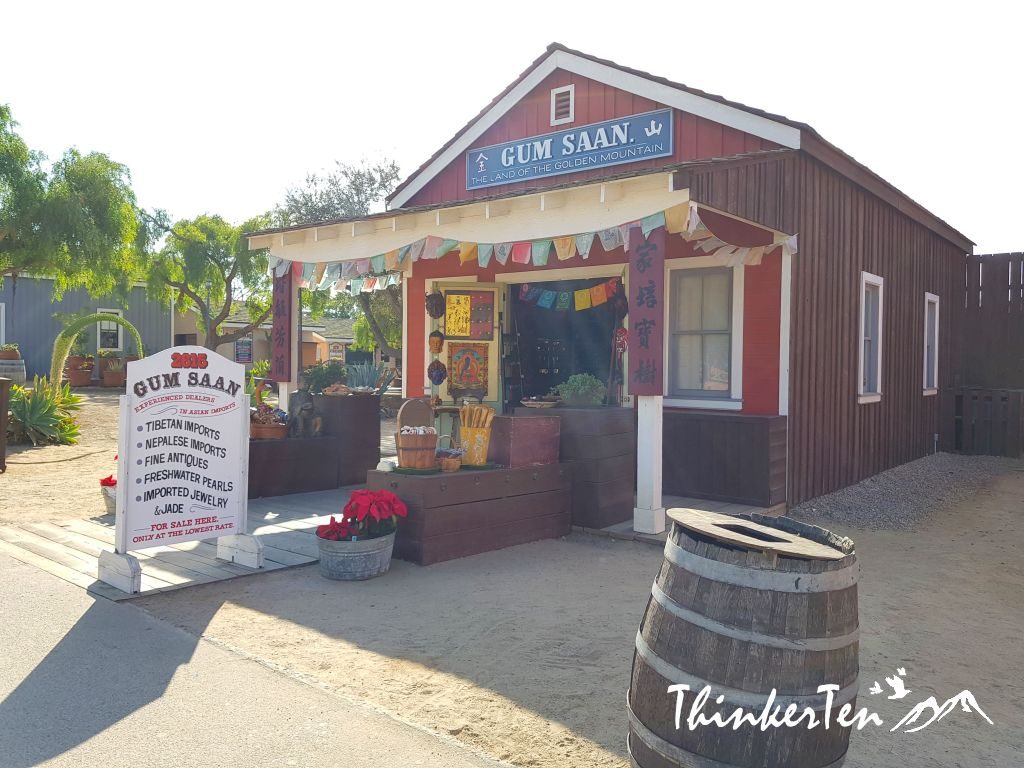 There is actually a museum located inside these colorful shops. Of course it is free of charges. 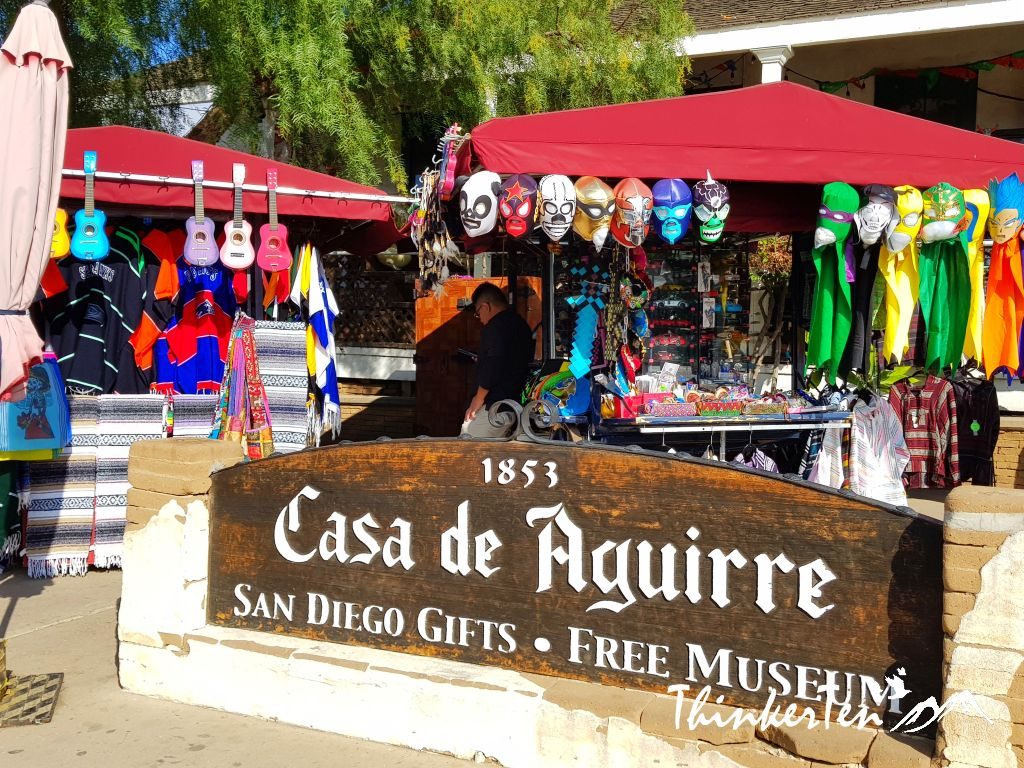 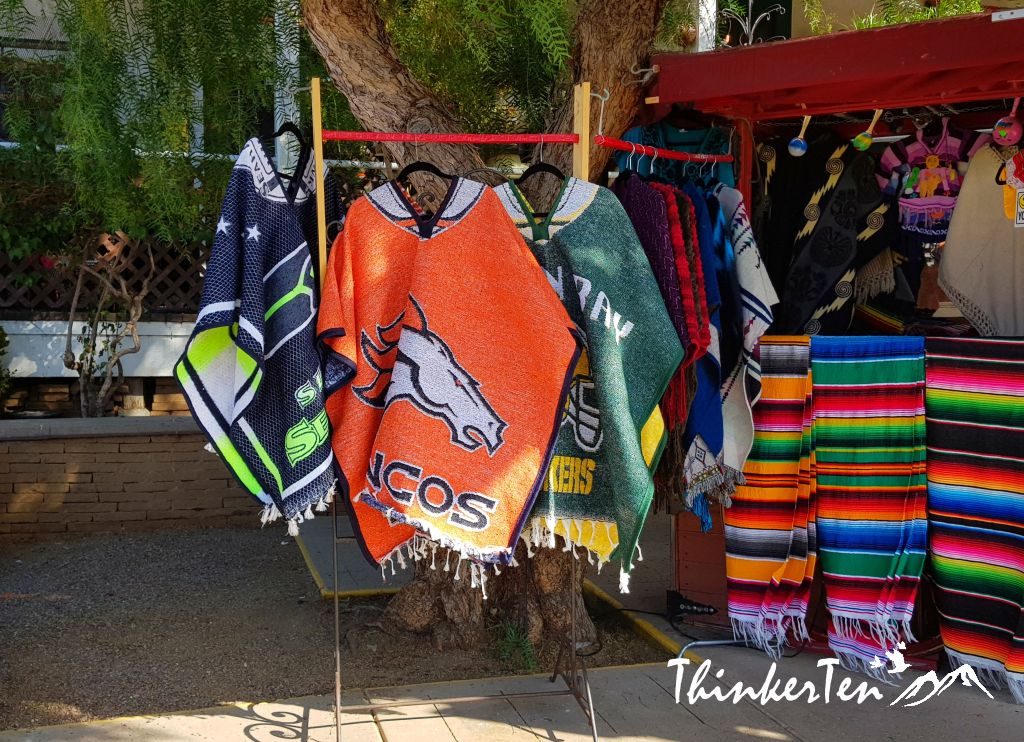 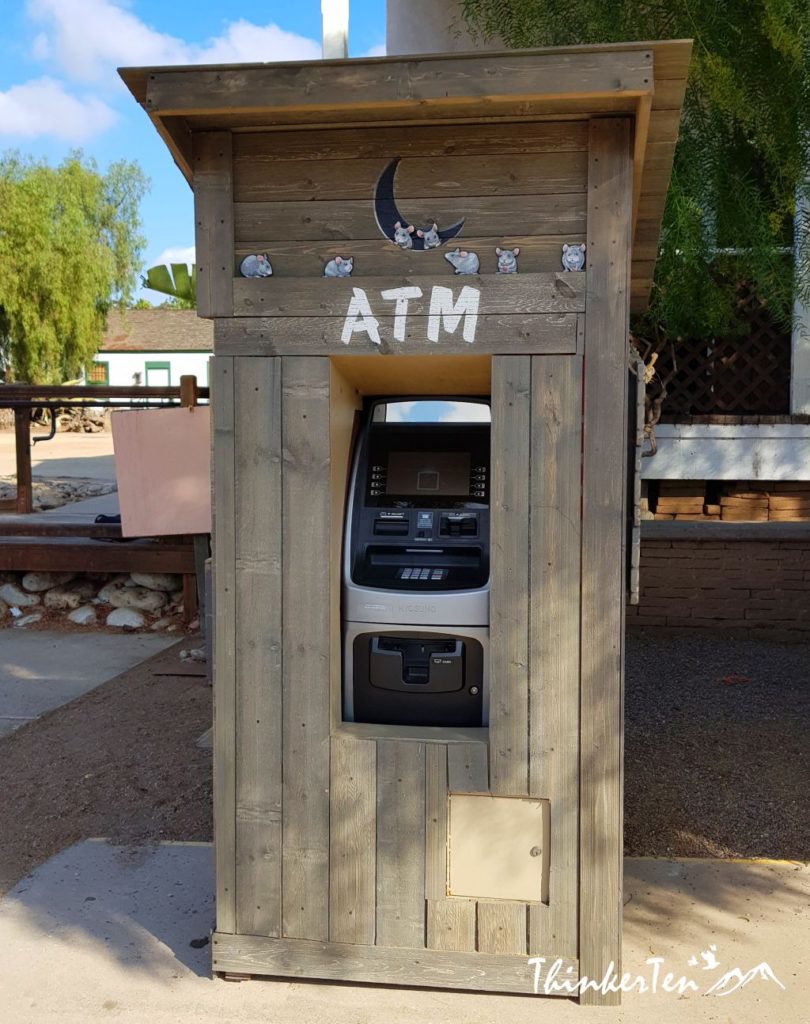 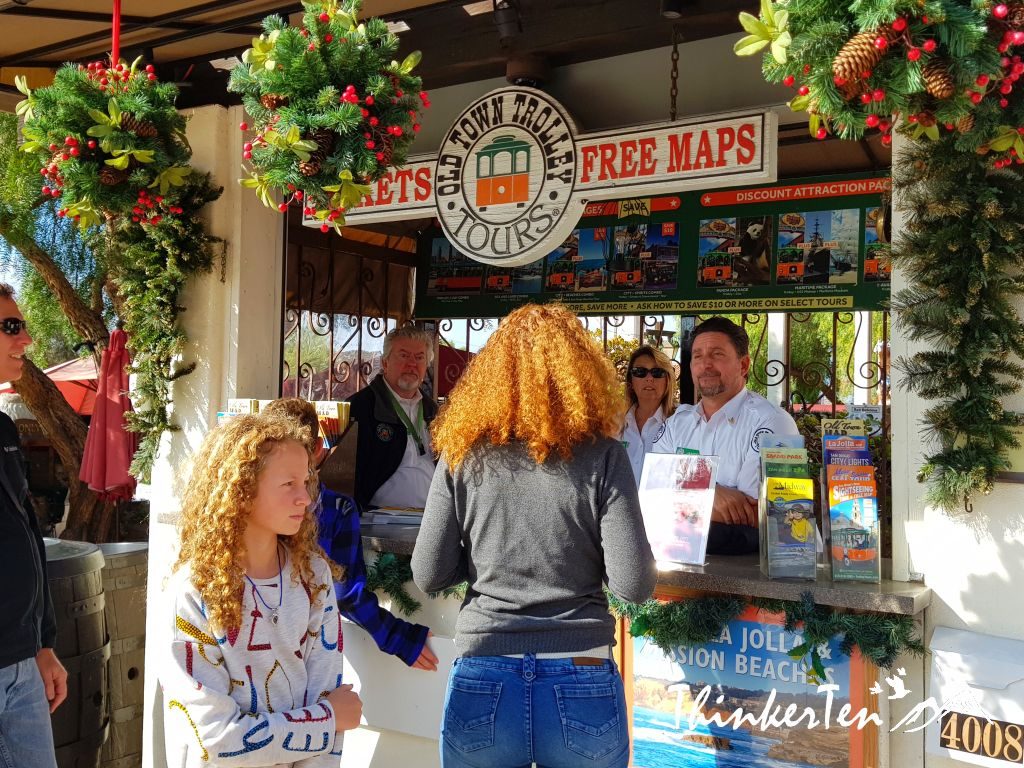 If you are lazy to walk, you can always purchase a ticket and hop on the trolley bus.  The narrator in the bus will tell you plenty of jokes plus the historical spots in the old town. 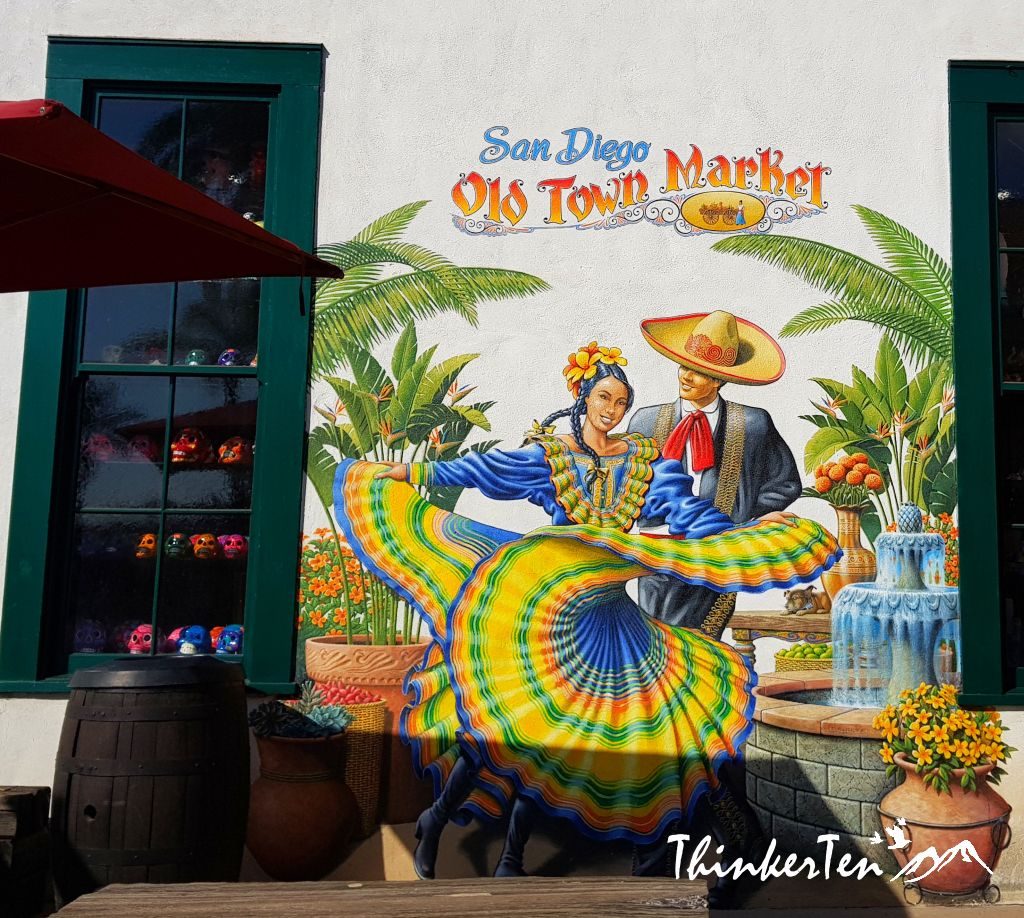 There are over 40 unique shops selling all sort of stuff here at the Old Town Market San Diego. Stores & Carts selling Mexican souvenirs from toys to clothing. 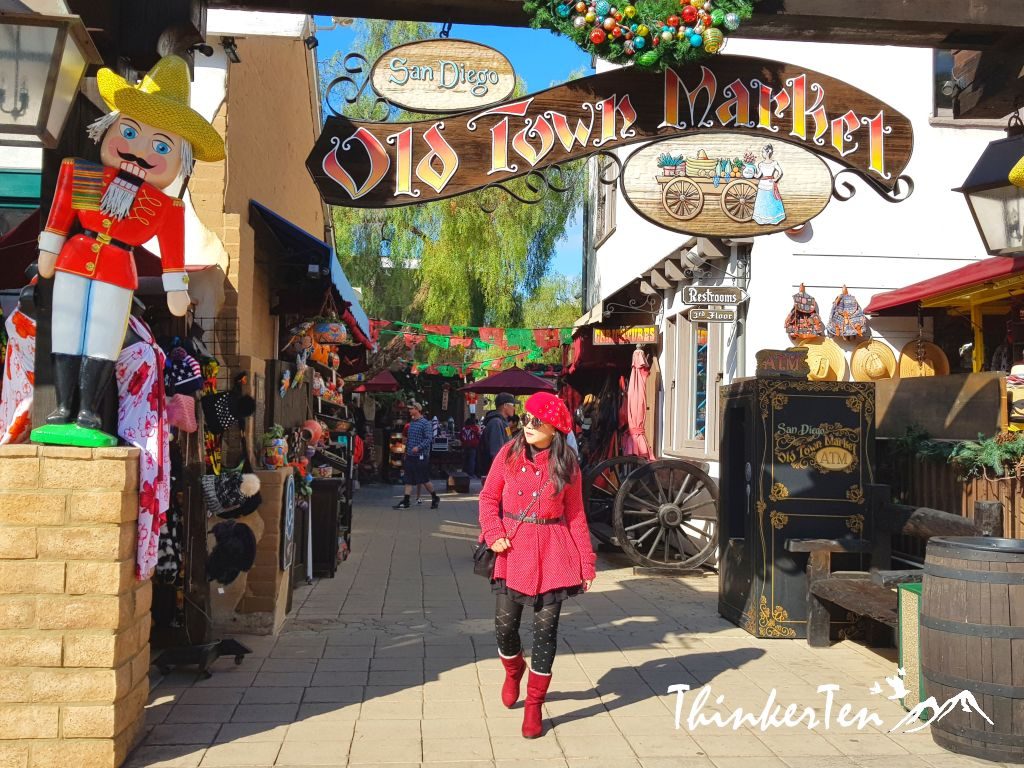 I can’t tell if I am in San Diego or Mexico? 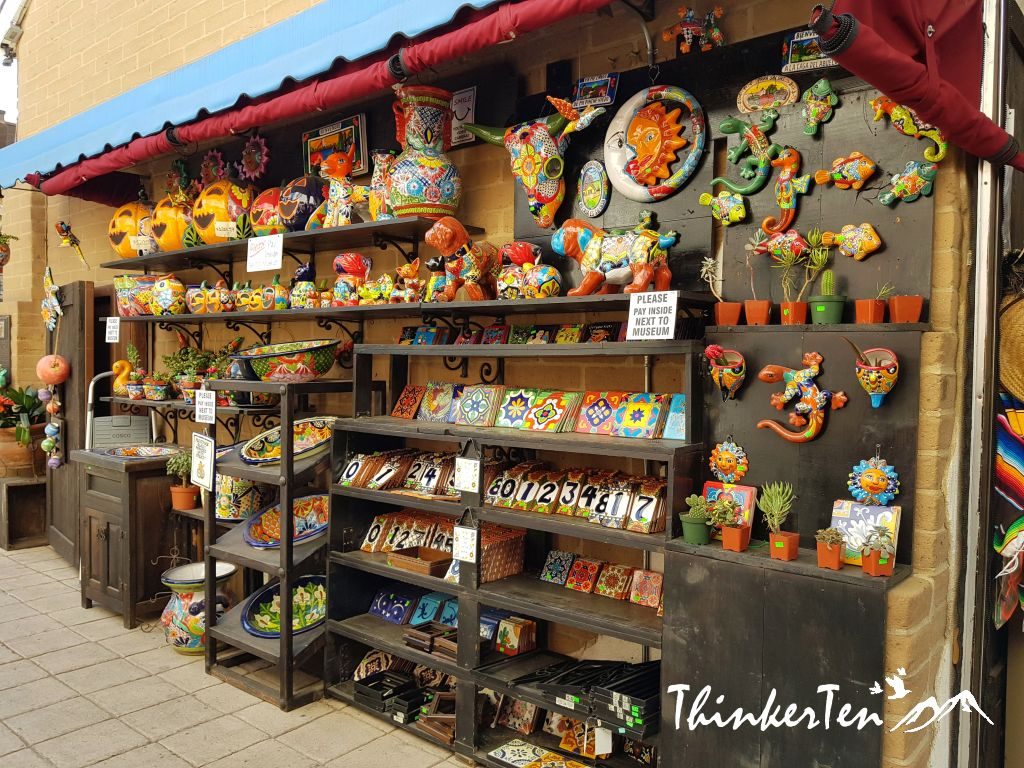 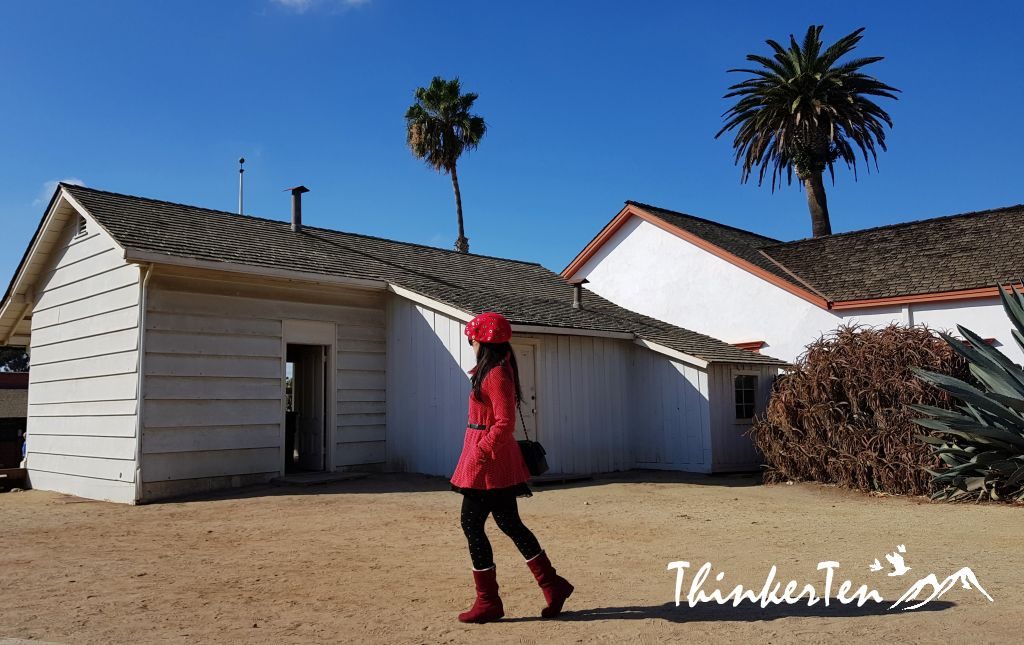 The museum houses a fine collection of 19th century overland transportation gear and vehicles, including an ox-drawn cart and some wagons. 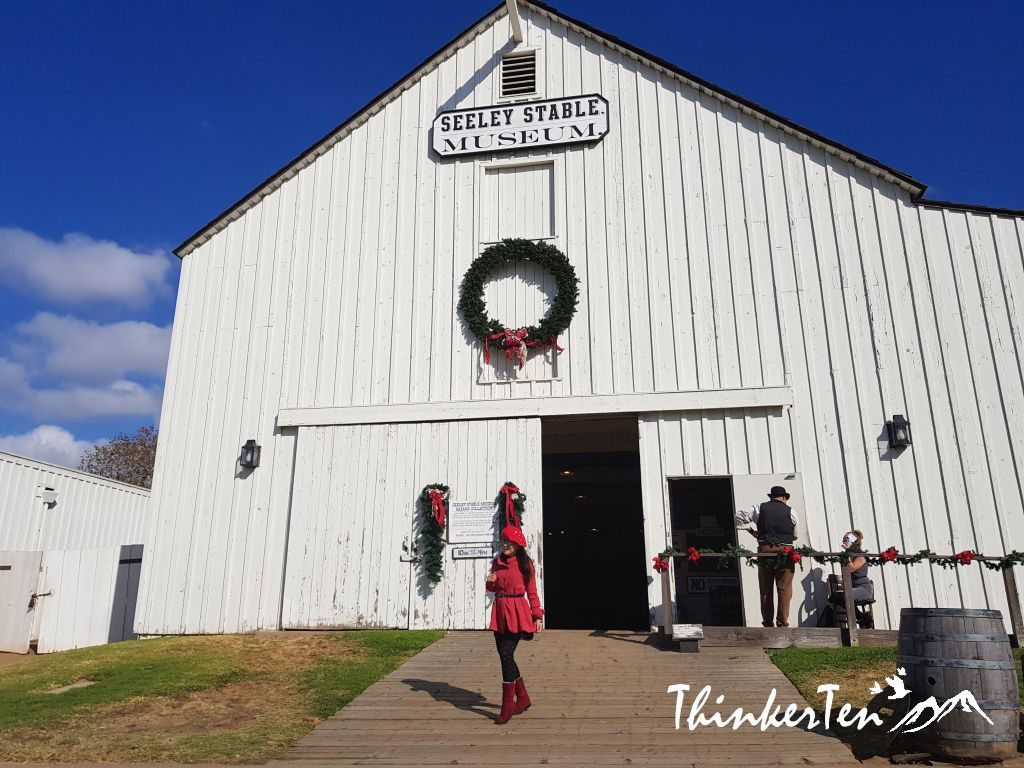 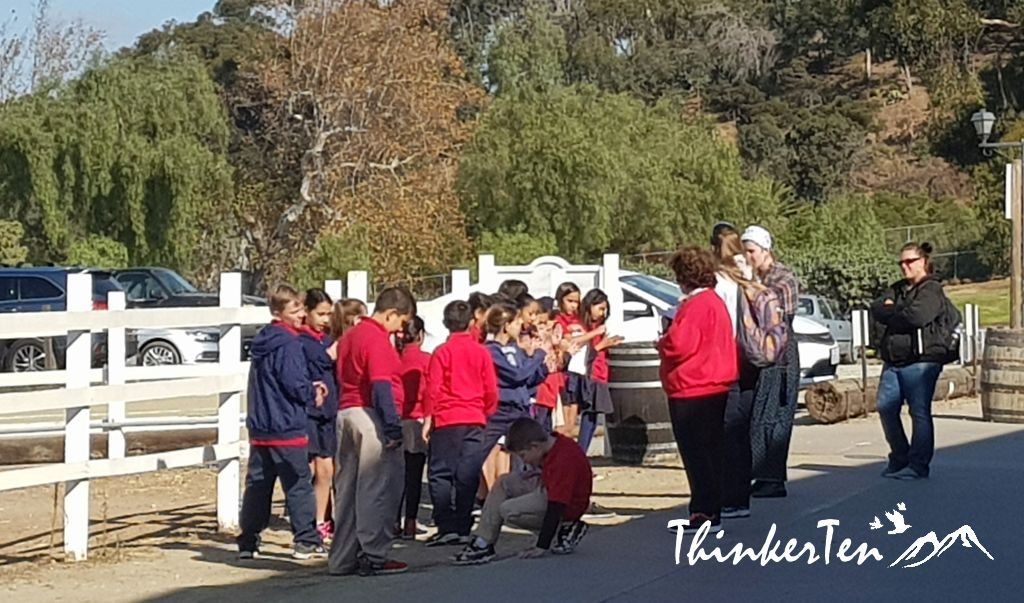 A very nice park to walk around to discover the Californian history! Don’t forget to have a meal while in the Old Town of San Diego. Since the Old Town has so much of Mexican vibe, why not having the Mexican specialties, a wide choice of cuisine offer here, such as tacos with a short of Tequila or margarita drinks! 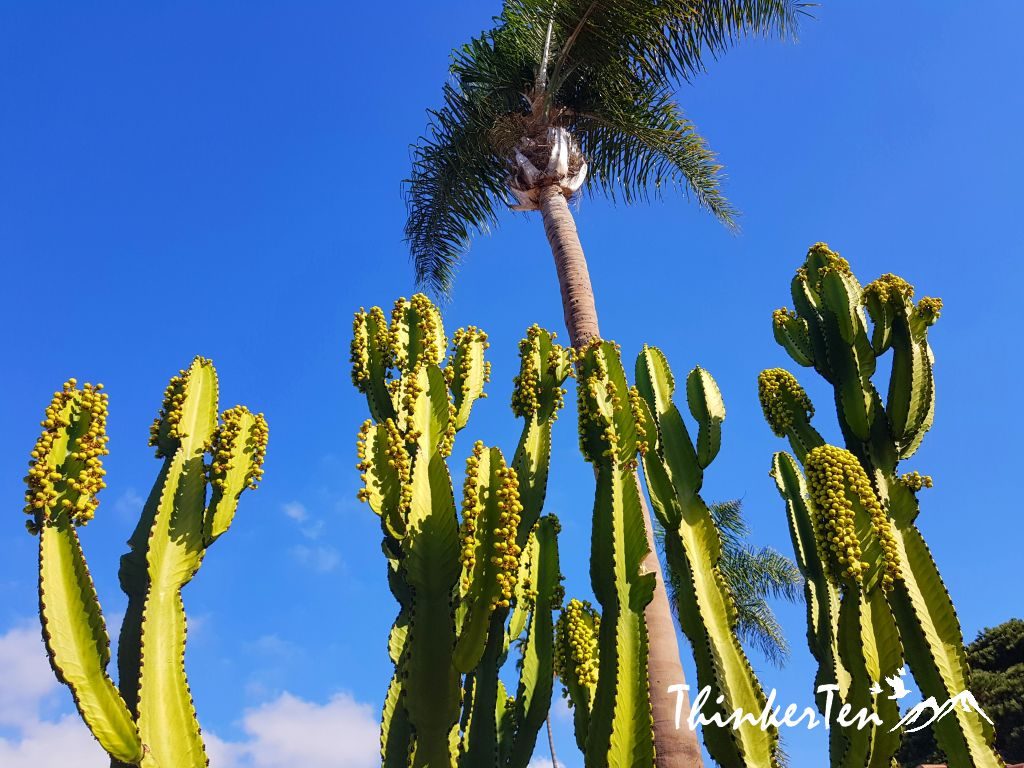 San Diego Old Town is just across the street from the San Diego Trolley Old Town Transit Center.  There are plenty of free parking around the old town.  We park 5 mins walk away from the Old Town. 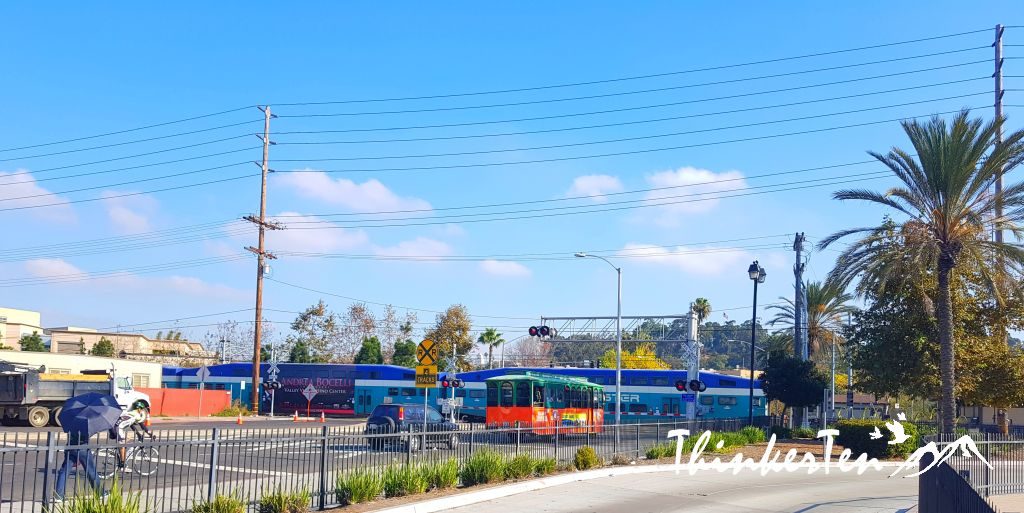 Dear Ohwanderlincom
You would love the stunning backdrop and cheap sales!