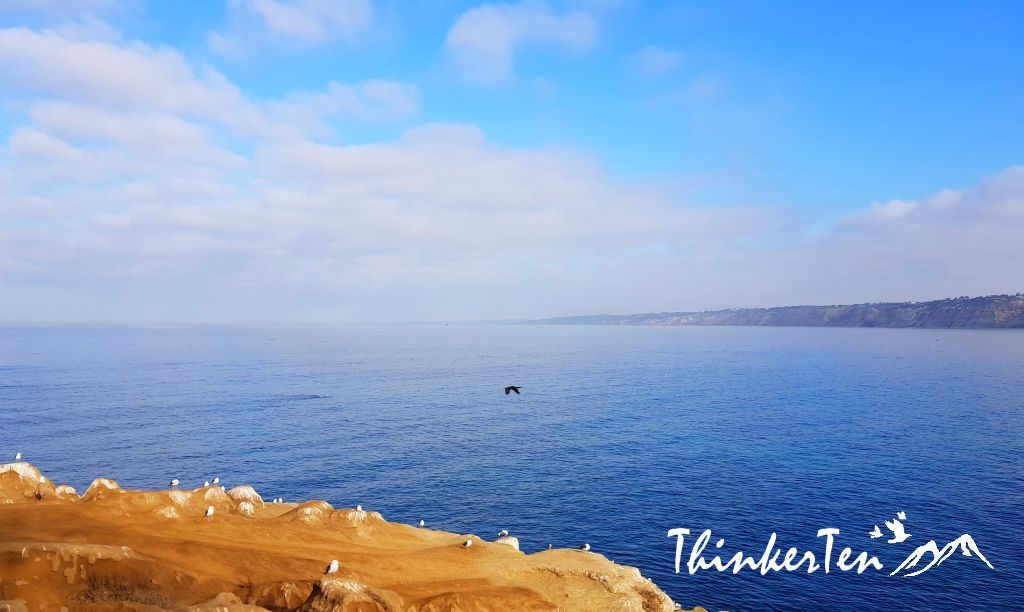 California is famous for its sunshine & beaches beside Hollywood entertainment industry in Los Angeles.  La Jolla Cove should be in your travel bucket list if you happen to drive down to San Diego.

Once you stepped out from the car and walked toward the beach, there was this really salty smell of the ocean I thought at first.  But only then I realized the foul odor is actually coming from the cormorants, seagulls and seals poop.  Yes, La Jolla is popular for cormorants, seagulls and seals watching.  In fact, seals are like over breeding here. 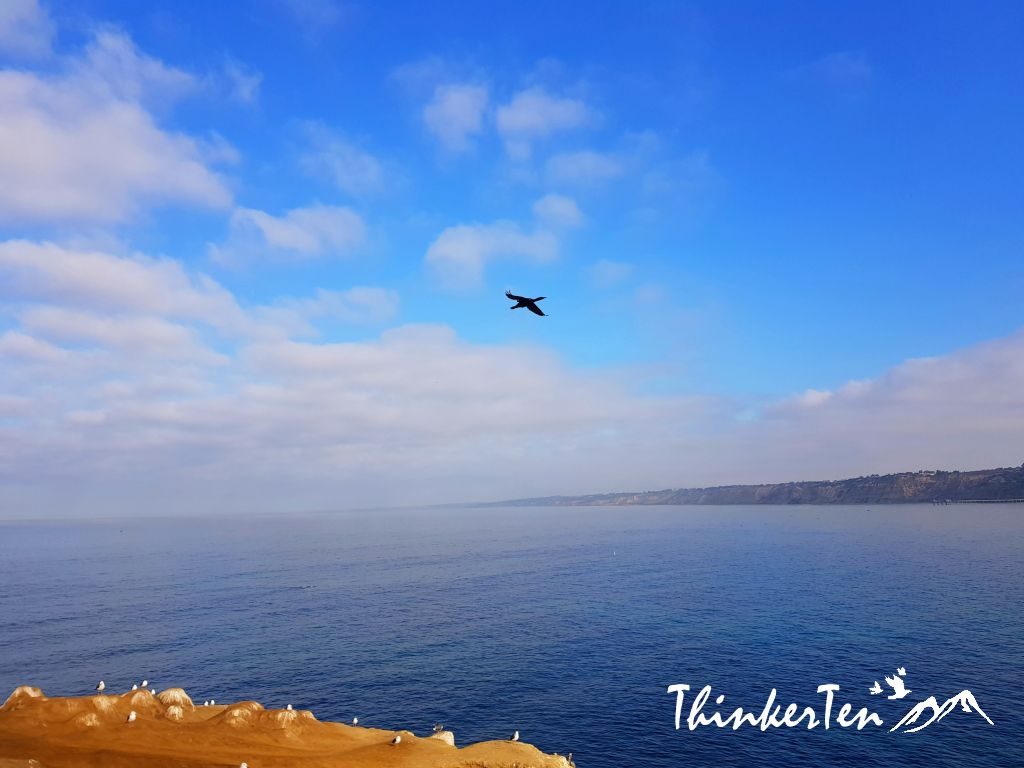 La Jolla is very popular not only for photographers, it is also very popular for swimmers, snorkelers & scuba divers. The water here is very calm and ecologically protected so it is very safe for swimming & kayaking.  This water is not suitable for surfing as there is no big wave. 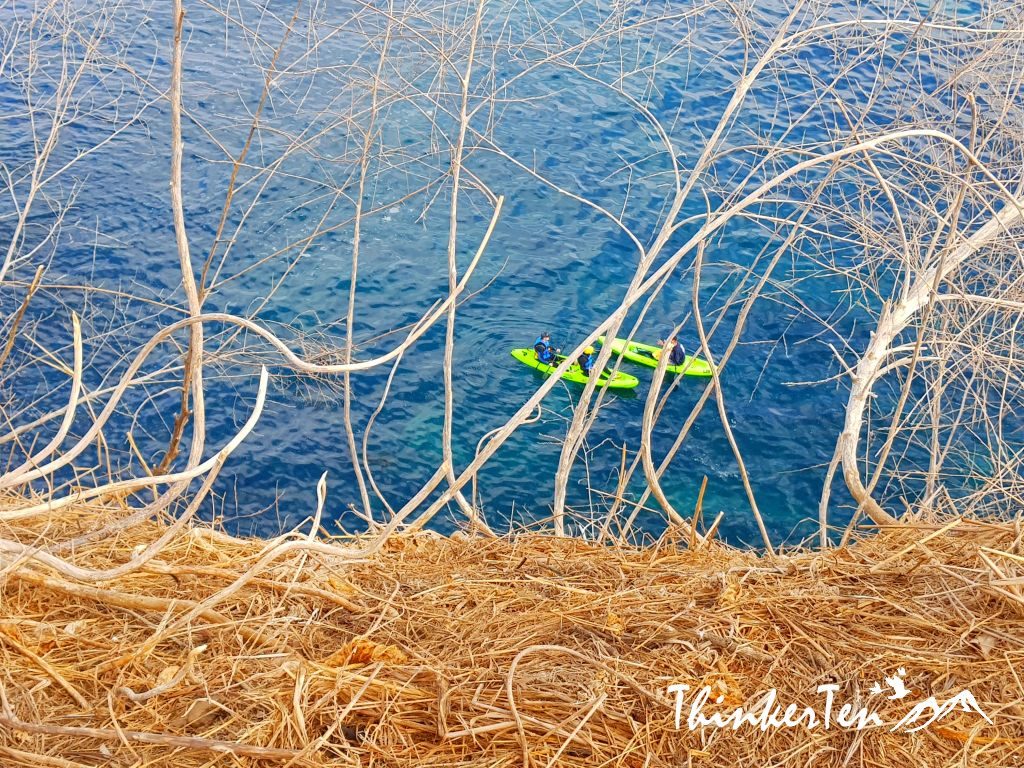 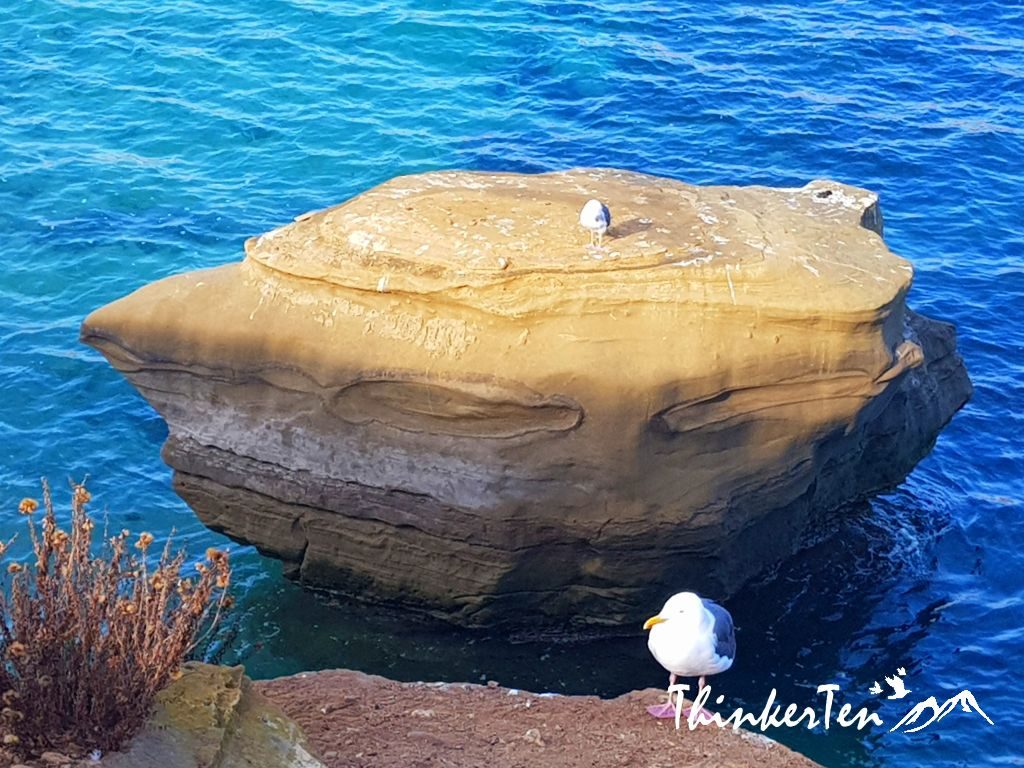 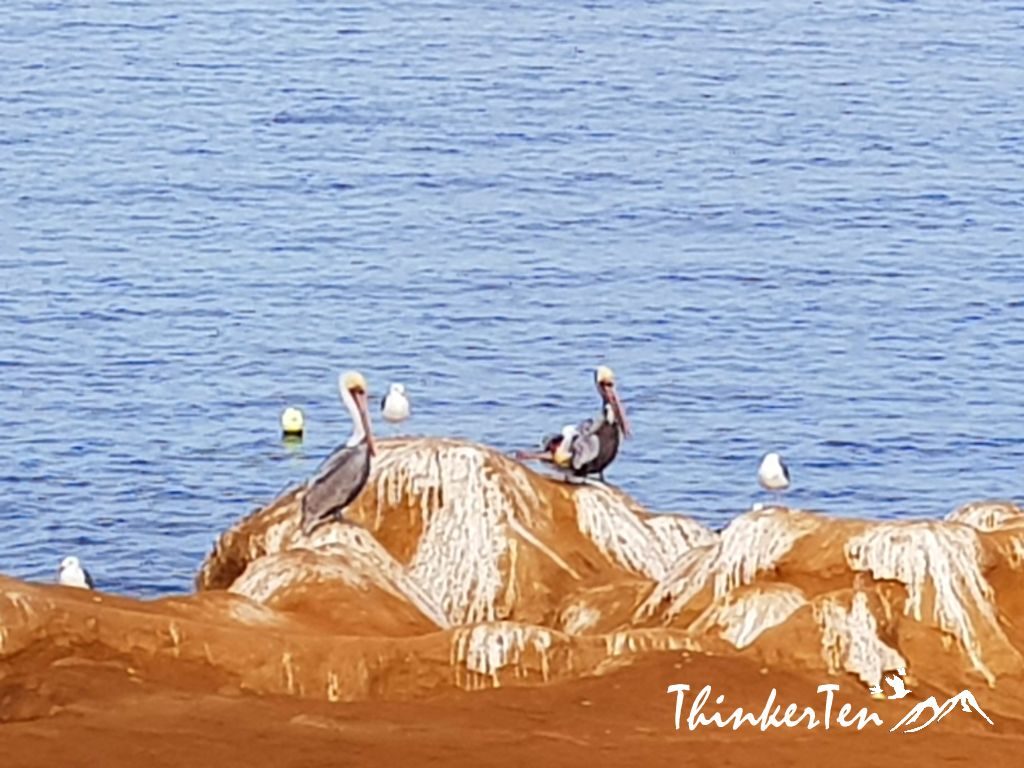 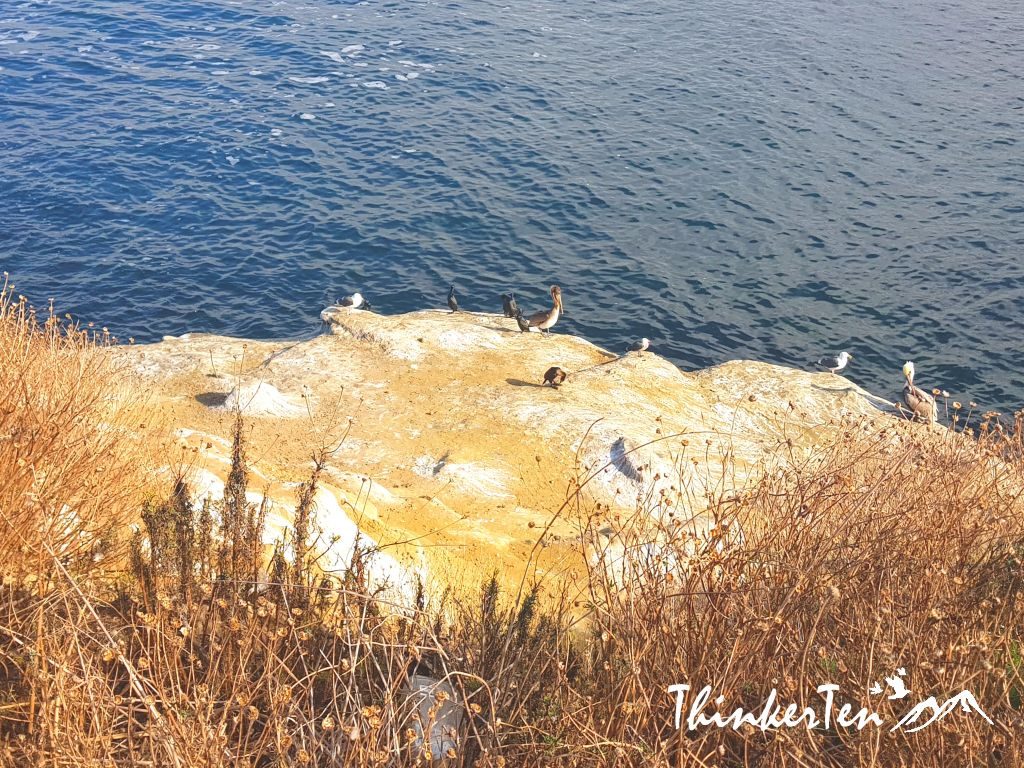 The white spots on the cliff should be the poop of the birds. 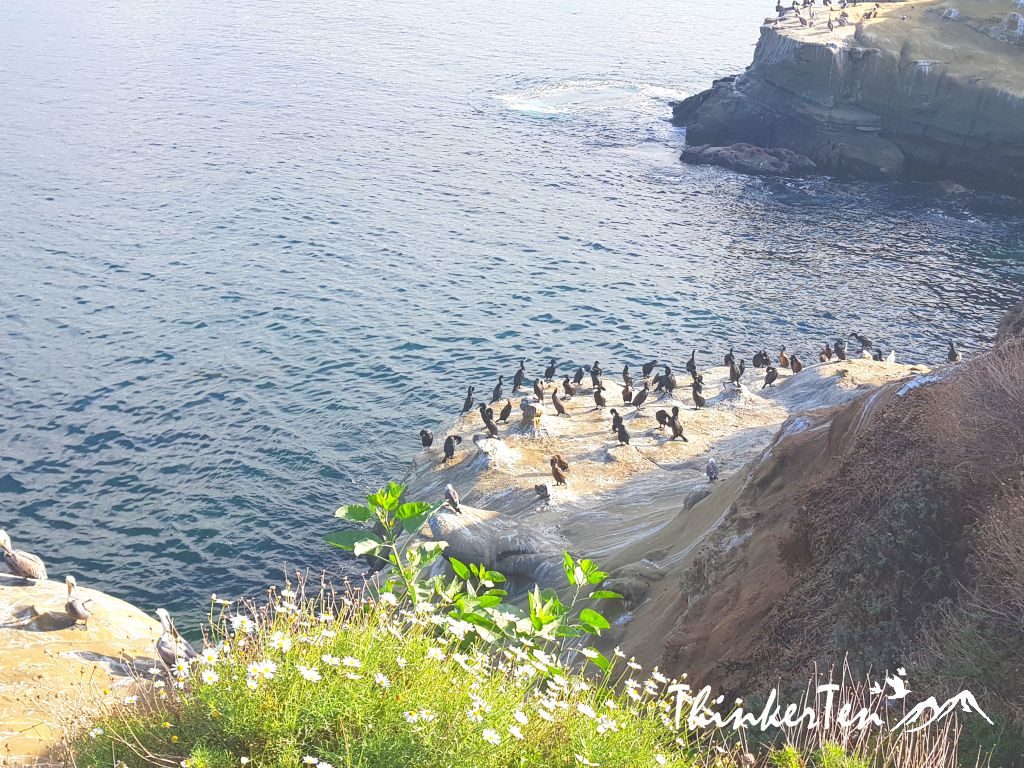 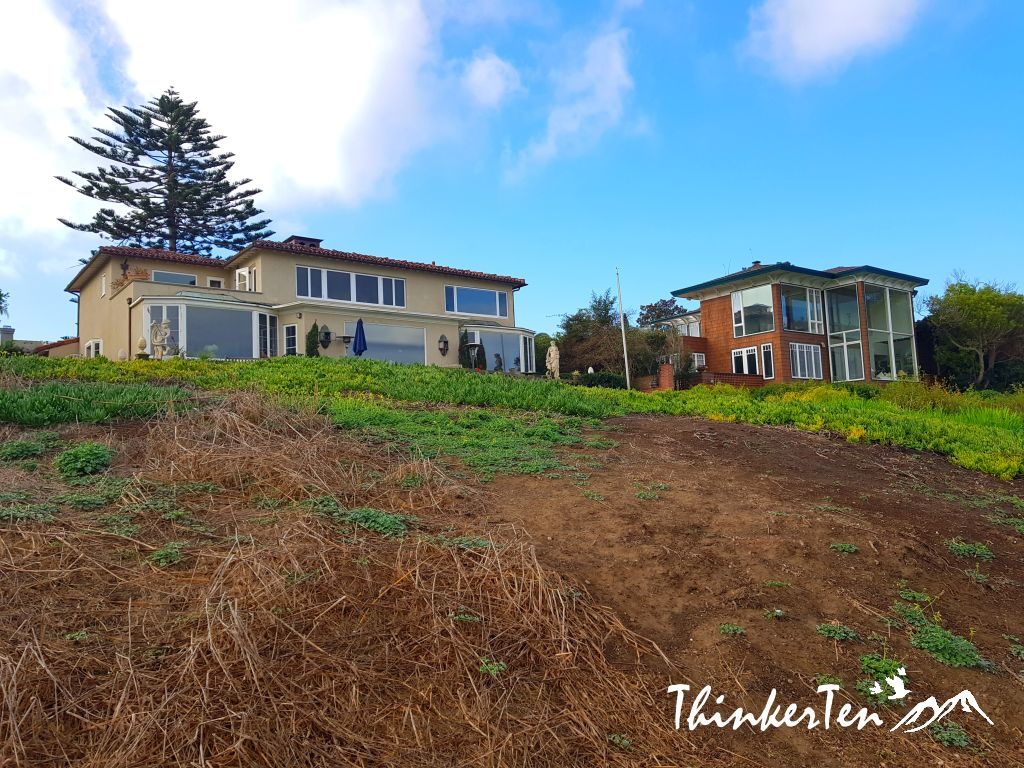 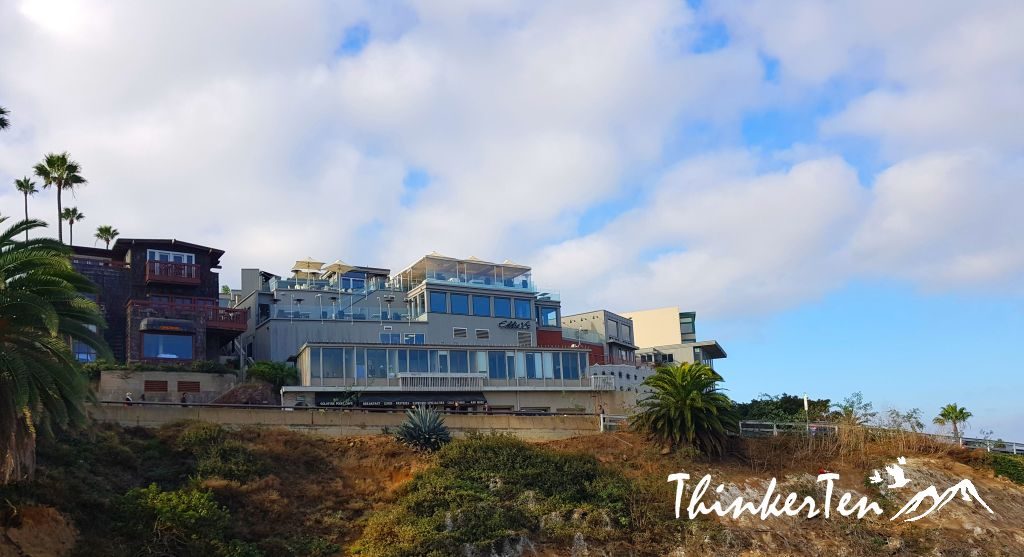 There are 7 sea caves in La Jolla and two of the popular one are Clam Cave & Sunny Jim’s. 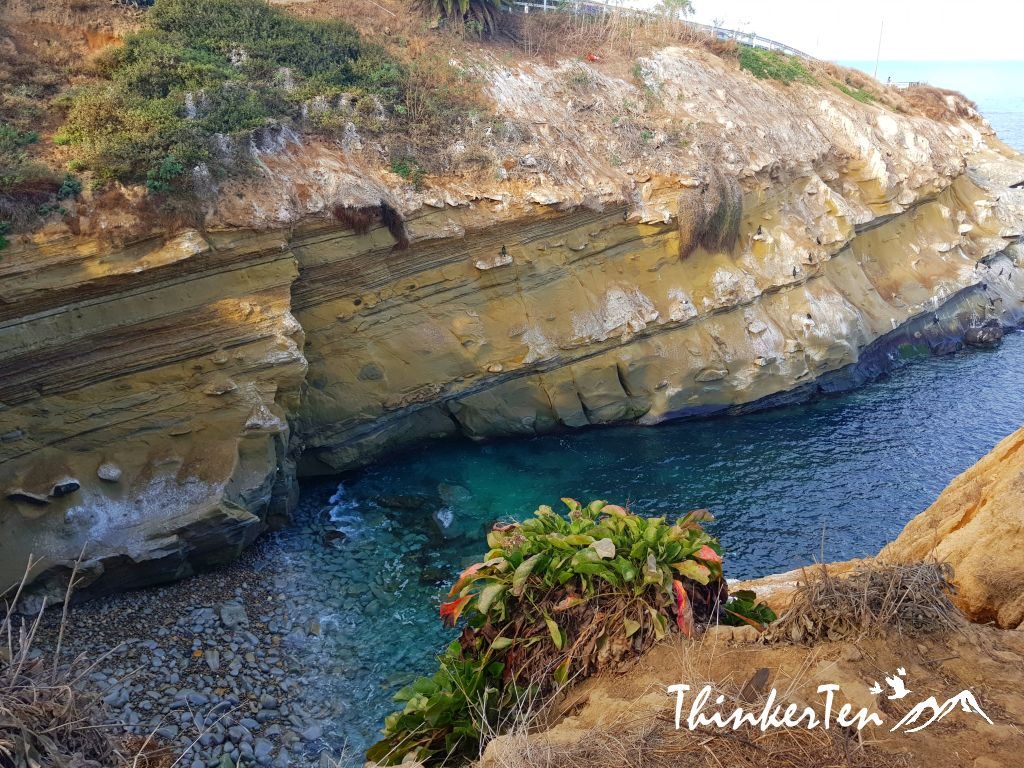 Clam Sea Cave was called ‘Clam’ simply the shape of the cave represent a clam.  The Clam Cave is also very popular among the kayakers. I saw few kayakers pass through the Clam Cave. 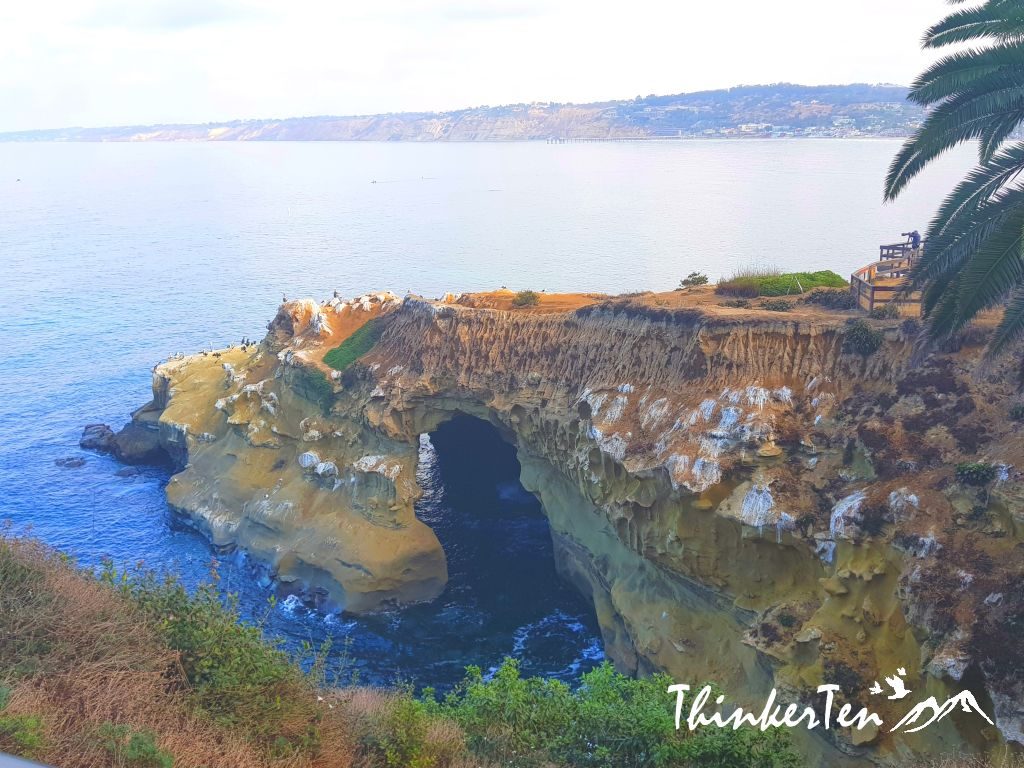 Sunny Jim’s Sea Cave is another interesting one which worth mentioned and also the most famous among the 7 sea caves. It is the only sea cave that both land and sea access. The cave was originally owned by Gustav Shultz, who owned the home above the cave in 1900’s. To allow easier access to the cave than the cliff’s side, he hired 2 men to dig out 138 steps through his living room floor to the back side of the cave. There is a fees to pay to go down the steps from the gift shop. 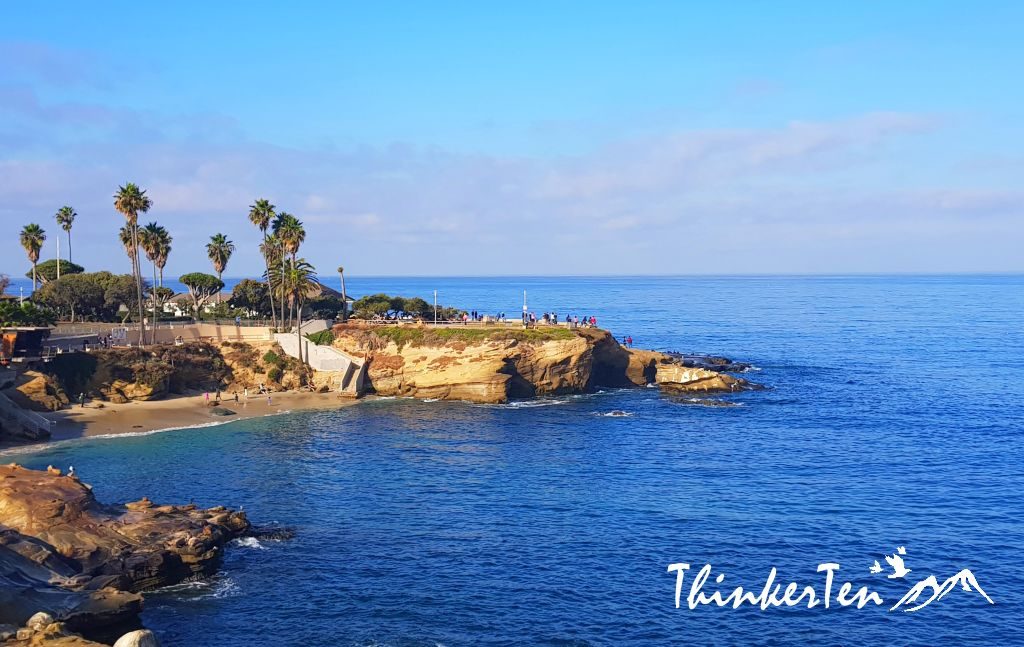 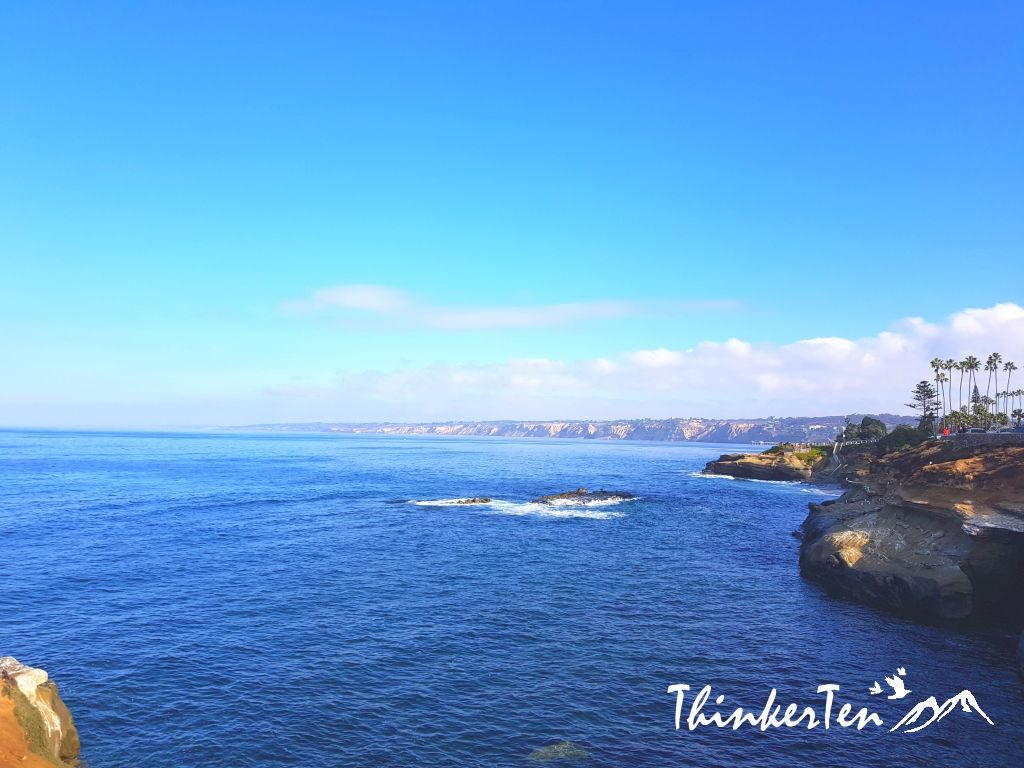 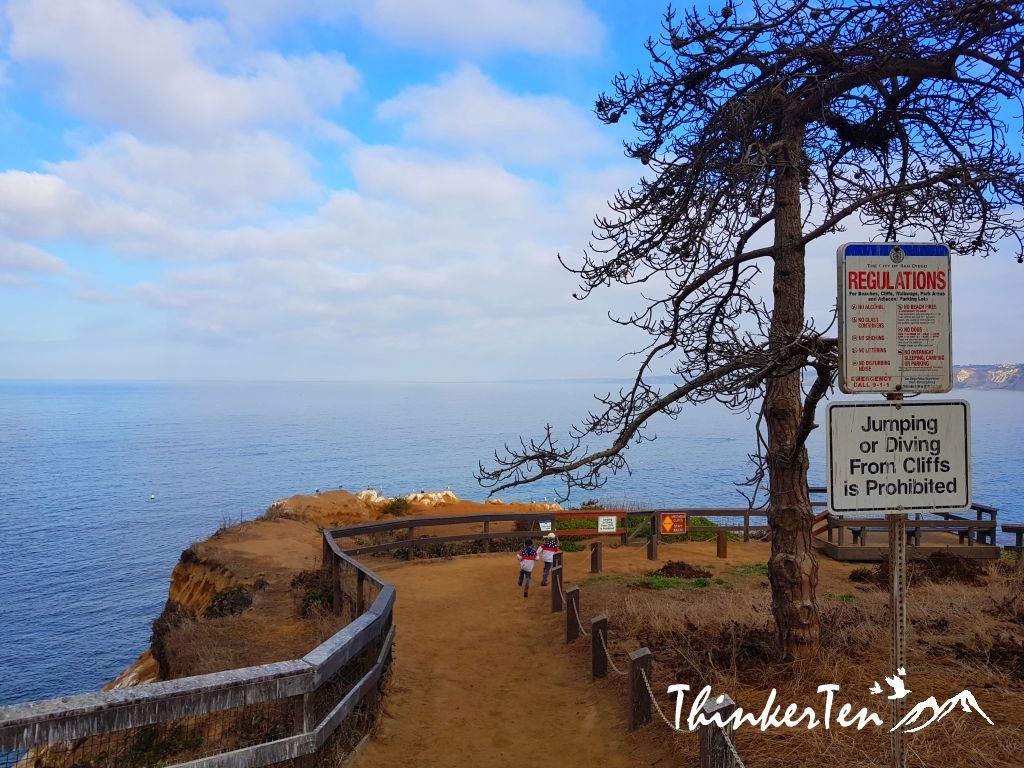 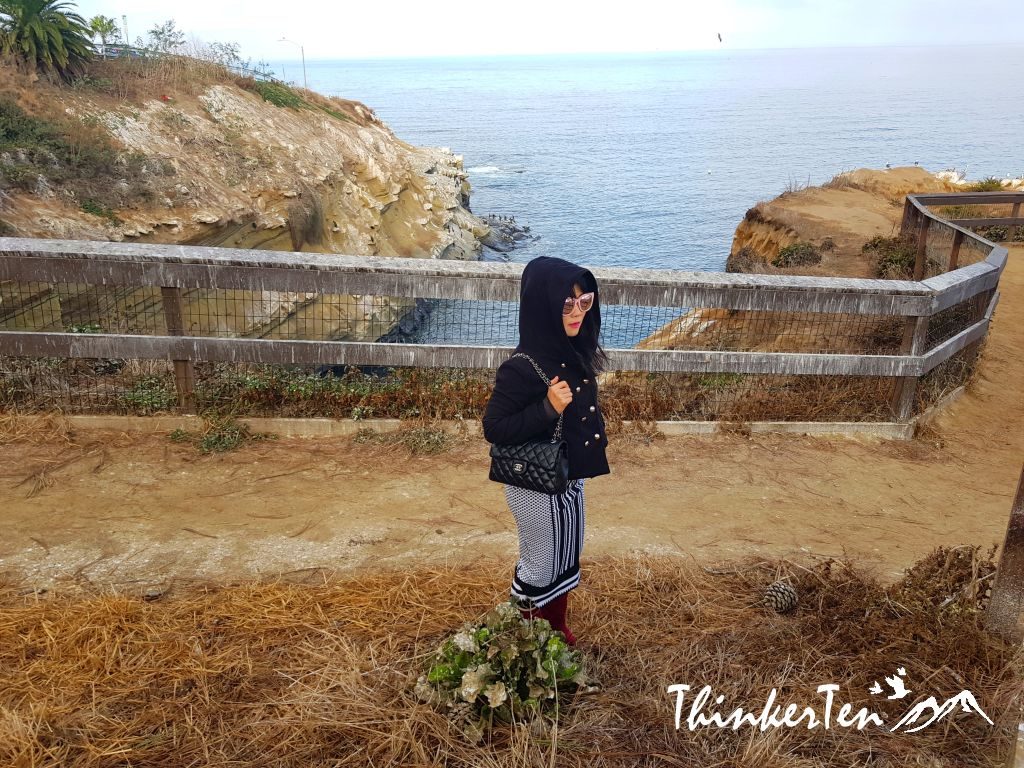 La Jolla Cove is not big but there are many trails for you to explore.  Just walk along the trail and enjoy the beach skyline. 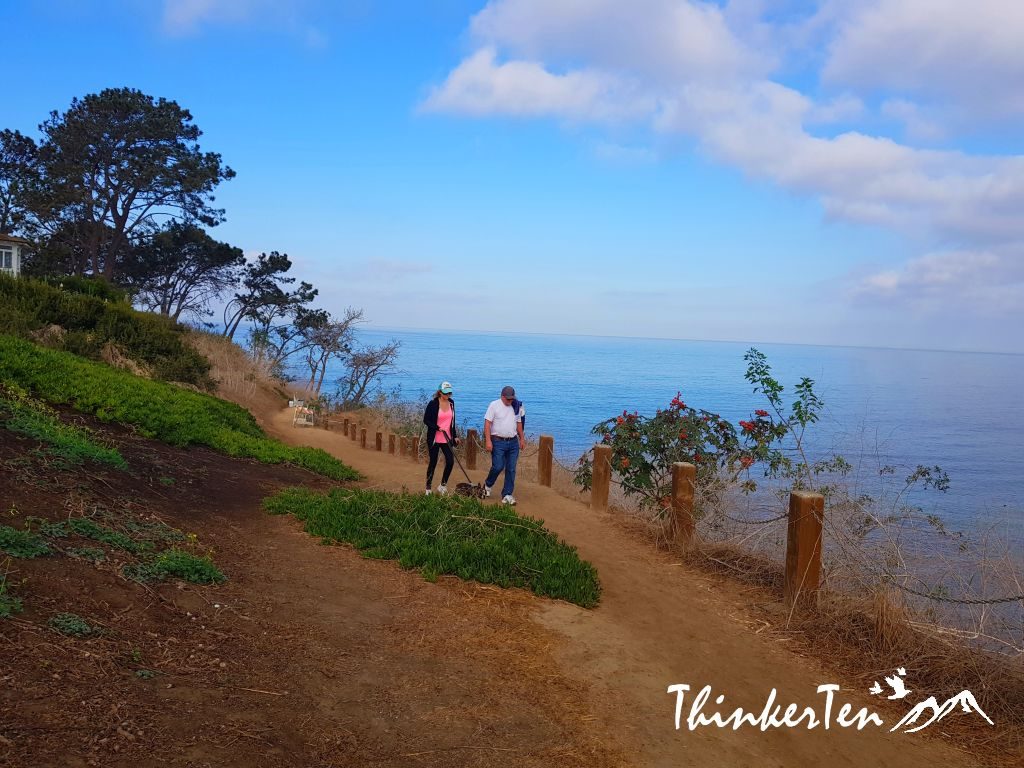 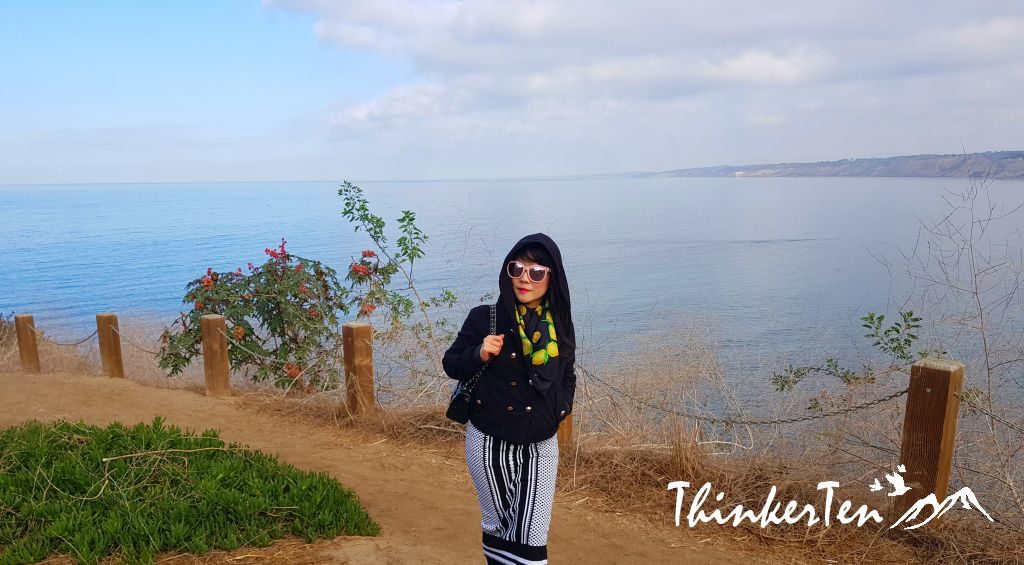 I found a plant with the seeds that look like our “rambutan”!  The seeds are in red too. 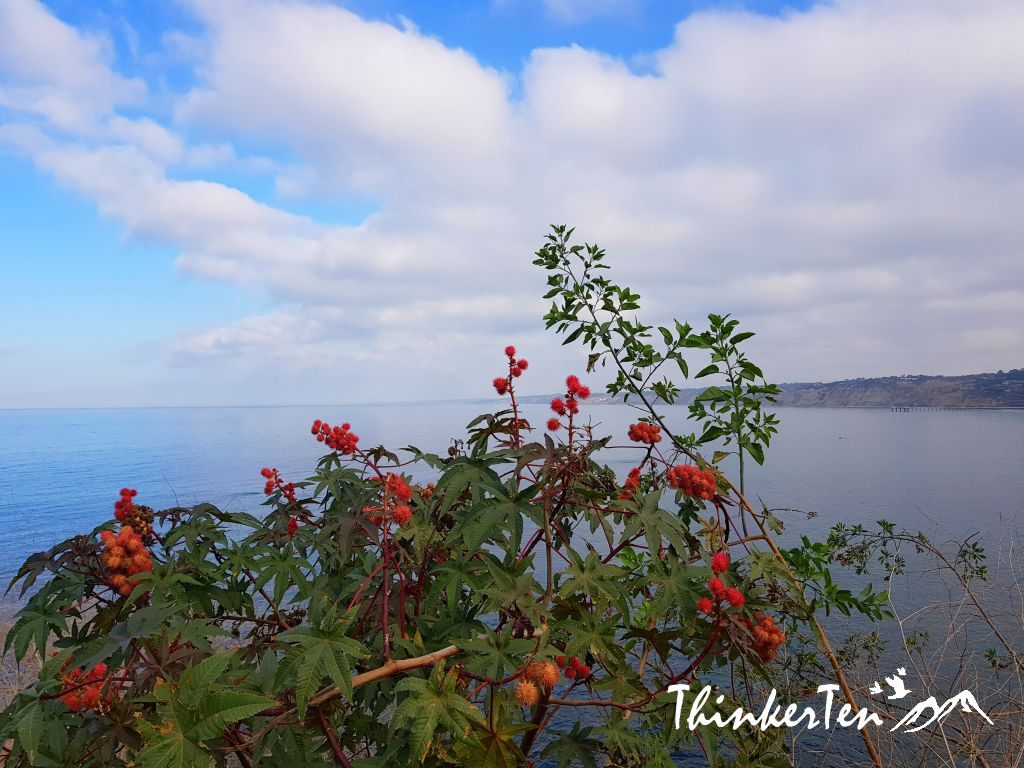 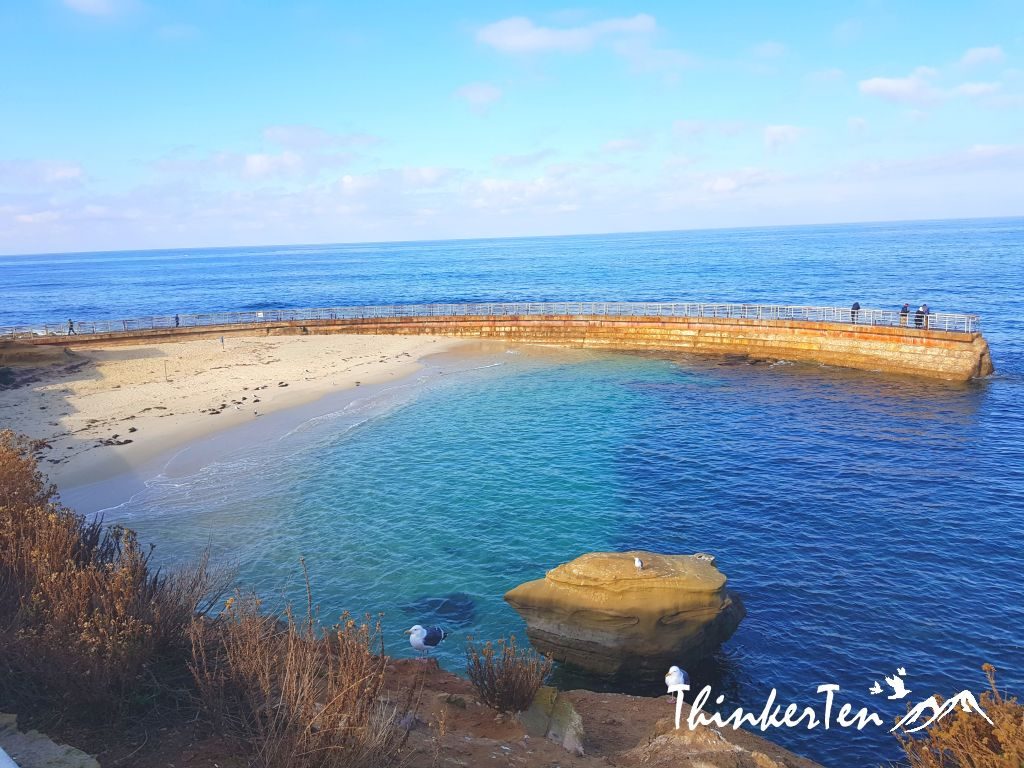 There are seals coming up to the children’s pool and taking over the territory 🙂 A $500 fine if you get caught bullying the seal, meaning scaring it back into the water.  Be gentle with the seals and sea lions. 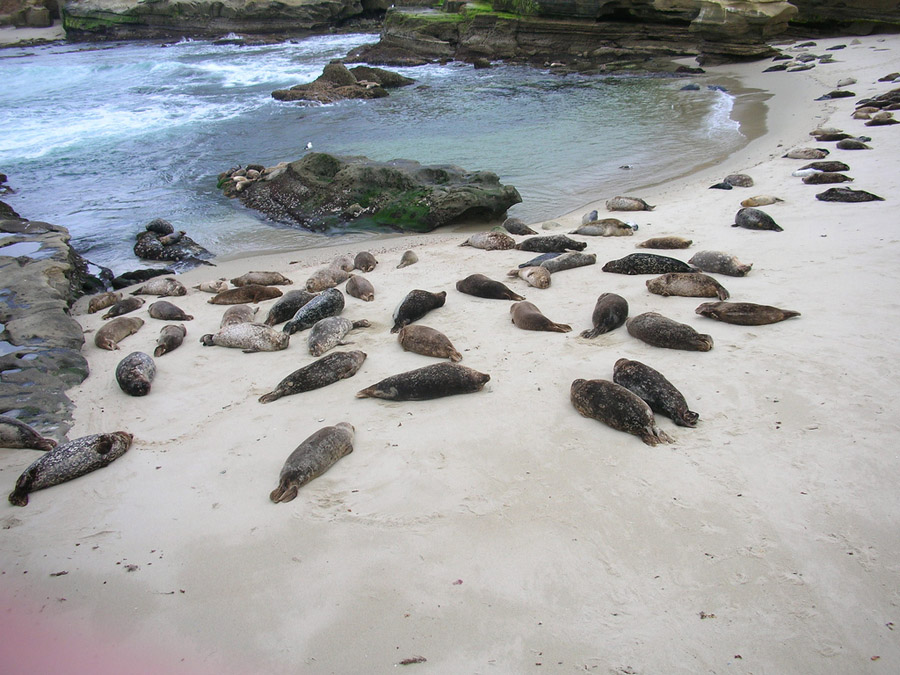 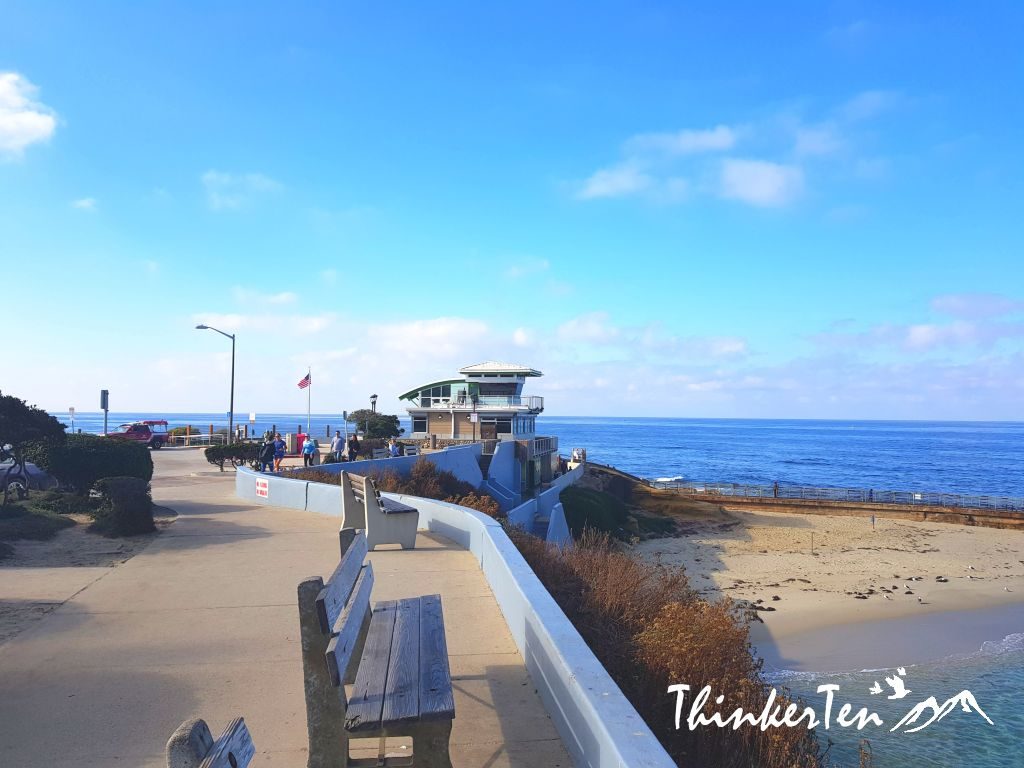 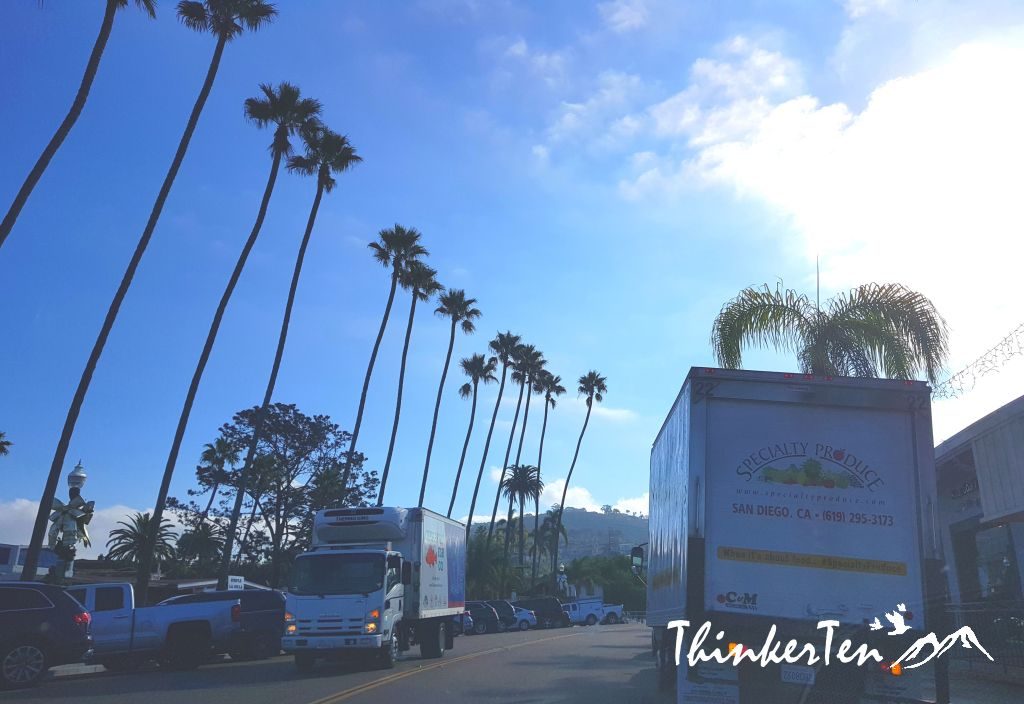 As it was still very early, there were not many people as yet in the shopping town in La Jolla.  Prospect Street and Girard Avenue are the best shopping street in La Jolla Cove! 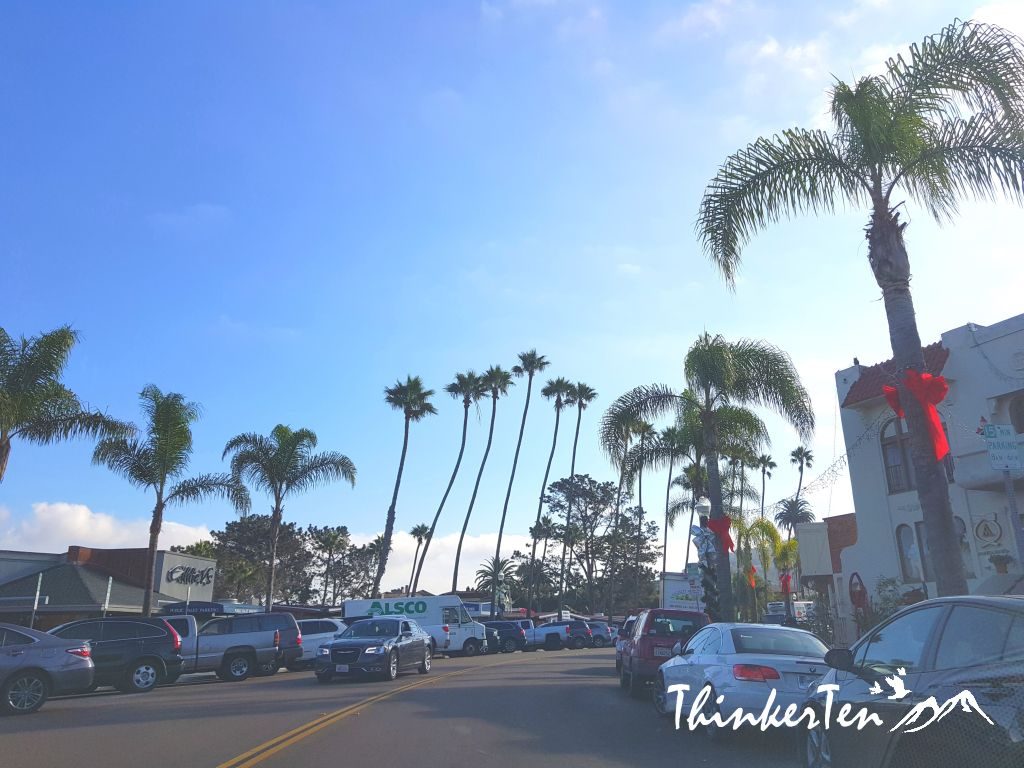 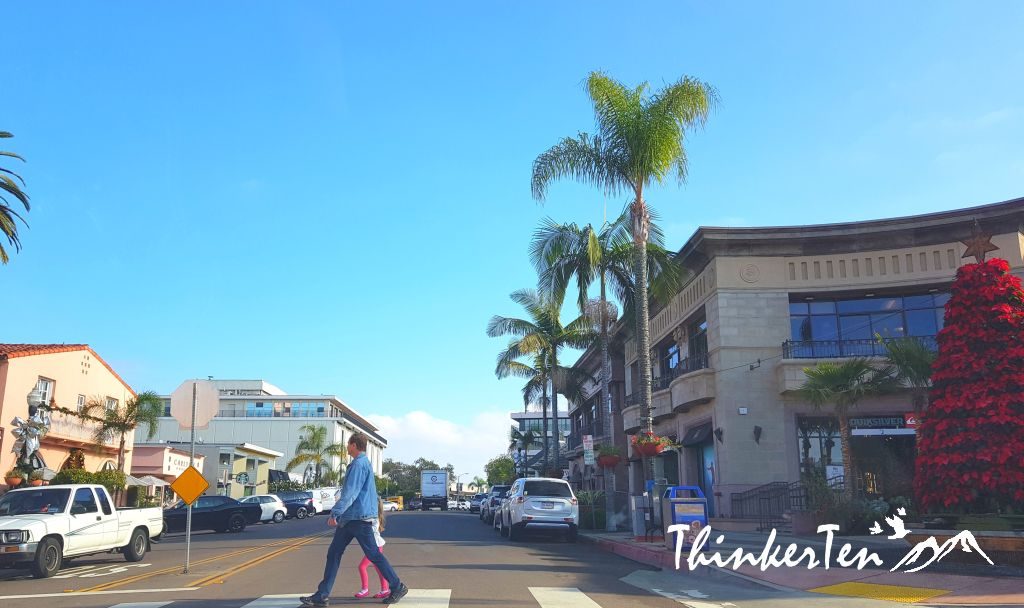 My favorite haunt whenever I was in San Diego! Nice post.

Glad you also love SanDiego. I totally agree with you it is a treasure in California! They have everything tourists wanted to see, beaches, sunshine, war ship, seaworld and nice blend of culture!