From LA to San Diego is about 2 hours drive and we leave early heading to the highway. The drive to get in the highway was a bit challenging for us. Once you missed a turn, you need to go out from the highway and come in again which will cost you another half an hour or so.

California Highway up to 6 or 8 Lanes One Direction!

Some of the freeways, especially near LA has up to 6 or 8 lanes(6 is usual) in each direction which make it quite challenging for us to drive. We experience self drive in Australia, UK, Taiwan, Malaysia & Thailand, nothing like this daunting.  As there are so many lanes, you need to get ready at the correct lane exit or lane going straight.  But don’t worry, even you have exit out accidentally, GPS will help you get back into the highway track.  The only problem is you will lose some time. 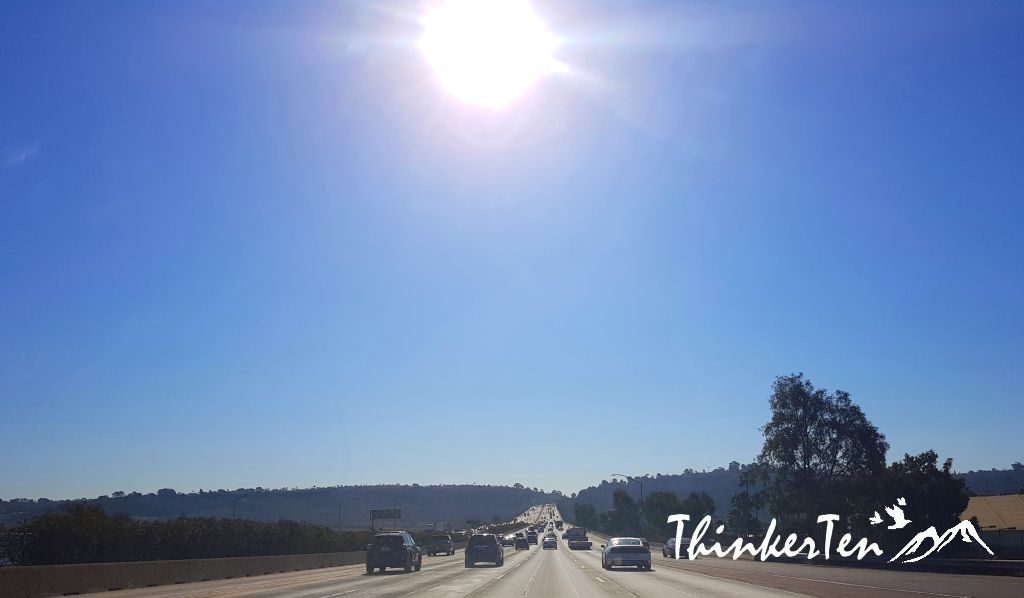 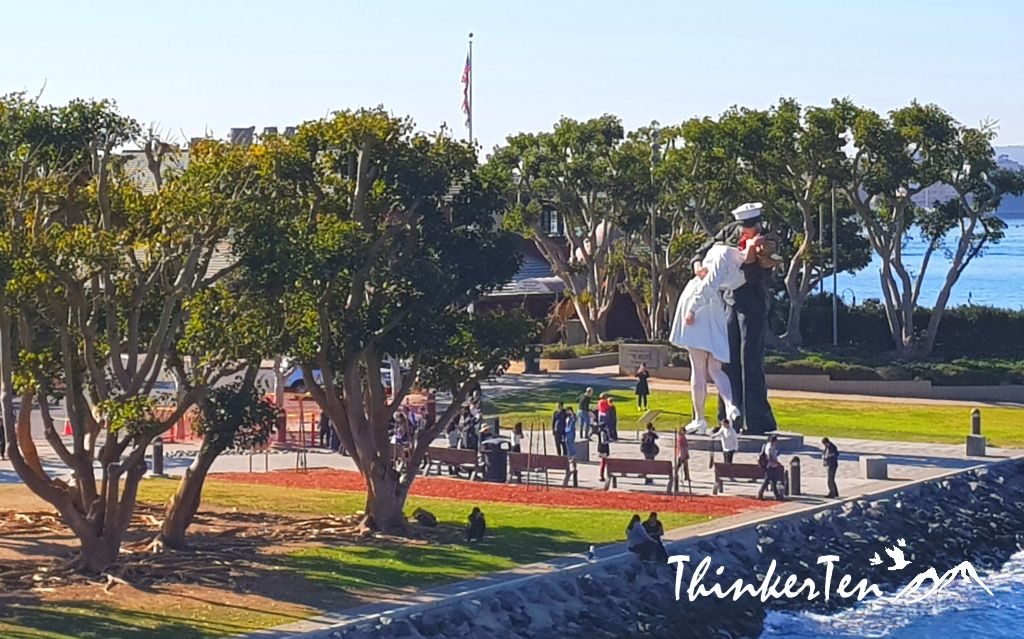 San Diego is located at the Southern California, I find the weather here is super good, plenty of sunshine.  You don’t feel that cold even in the winter. No wonder people named San Diego “America’s Finest City”. 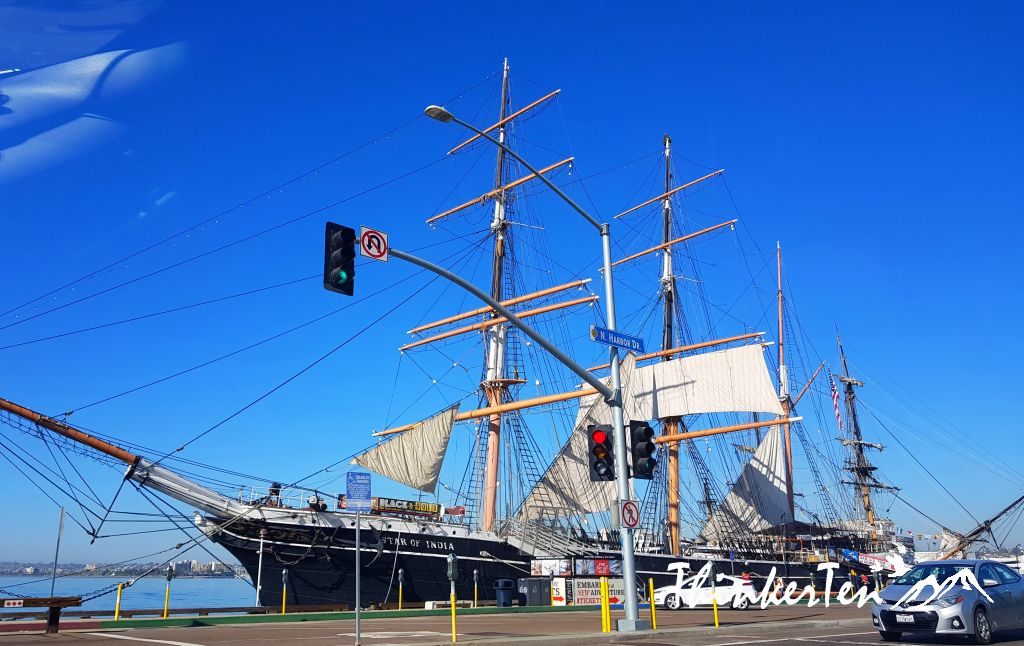 You also notice that beach is the main focus here, there are so many activities happening here at the beach but today highlight is visiting the USS Midway Museum which is also located at Harbor Drive.

We purchased our ticket online as there it helps to save more.  Just show the voucher to the staff at the entrance so that the staff can scan the bar code and let us in.  Since we were early, there was no queue. 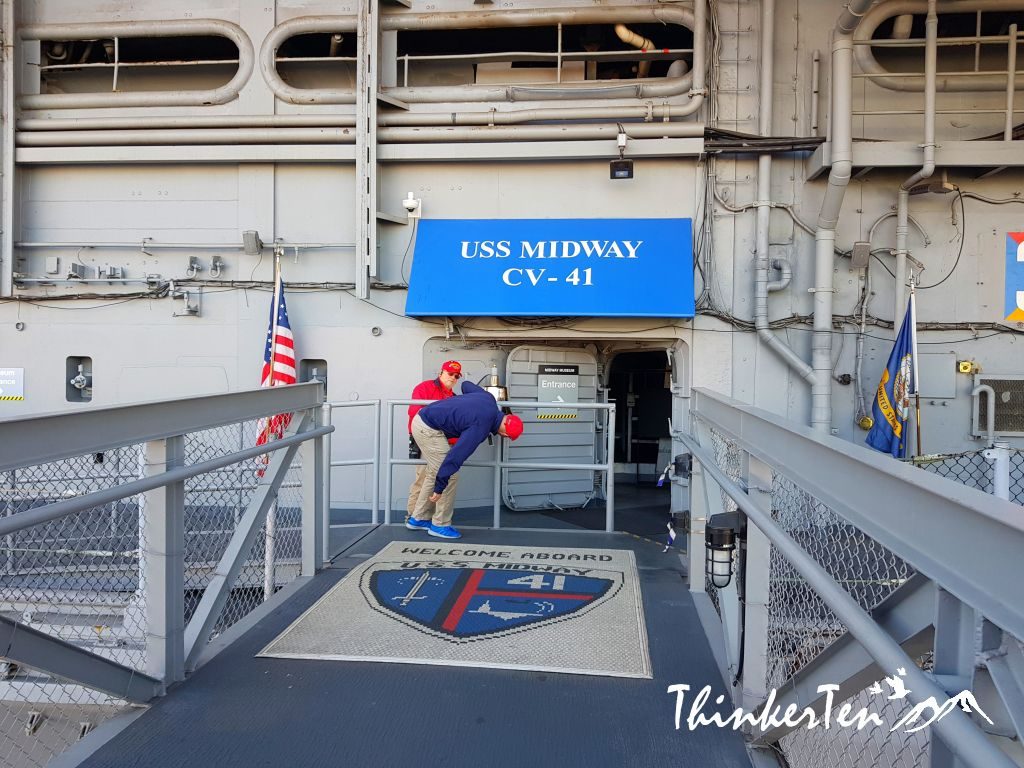 USS Midway is an engineering marvel which took 5 years to design but only 17 months to build. It was commissioned a week after the end of World War II.  Too bad, not in time to be used for World War II.  I was pretty excited to visit USS Midway as I have never seen a warship before! At the entrance you will notice CV 41 – CV stands for Carrier Vessel.

Upon entering, the staff will shoot photos for you in case you need to purchase.  The total package including some magnets on fridge etc. It is totally fine if you do not want to purchase the photos. We did not get the picture as it is too expensive. After the photo sessions, which take a minutes of your time only then you go get your audio guide, offer in 6 languages. 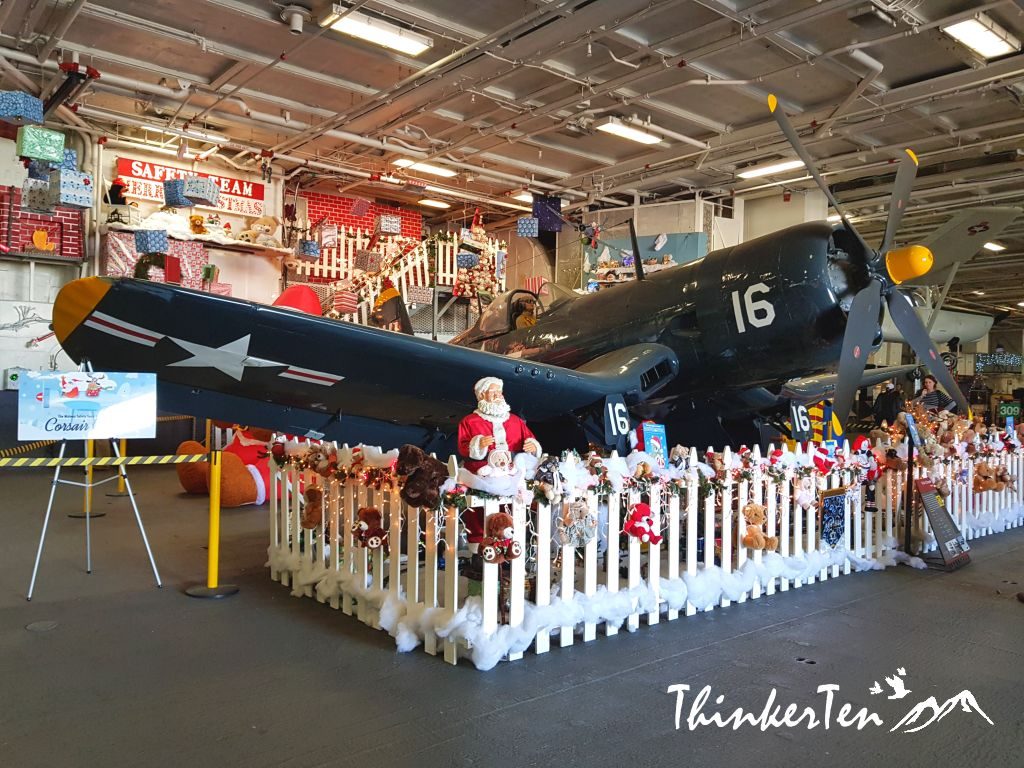 Expect a lot of walking as this warship is about the size of three American football fields in length, it was the largest ship in the world from 1945 to 1955. It was decommissioned in 1992 and became a museum and open for public now, serving up to 47 years! 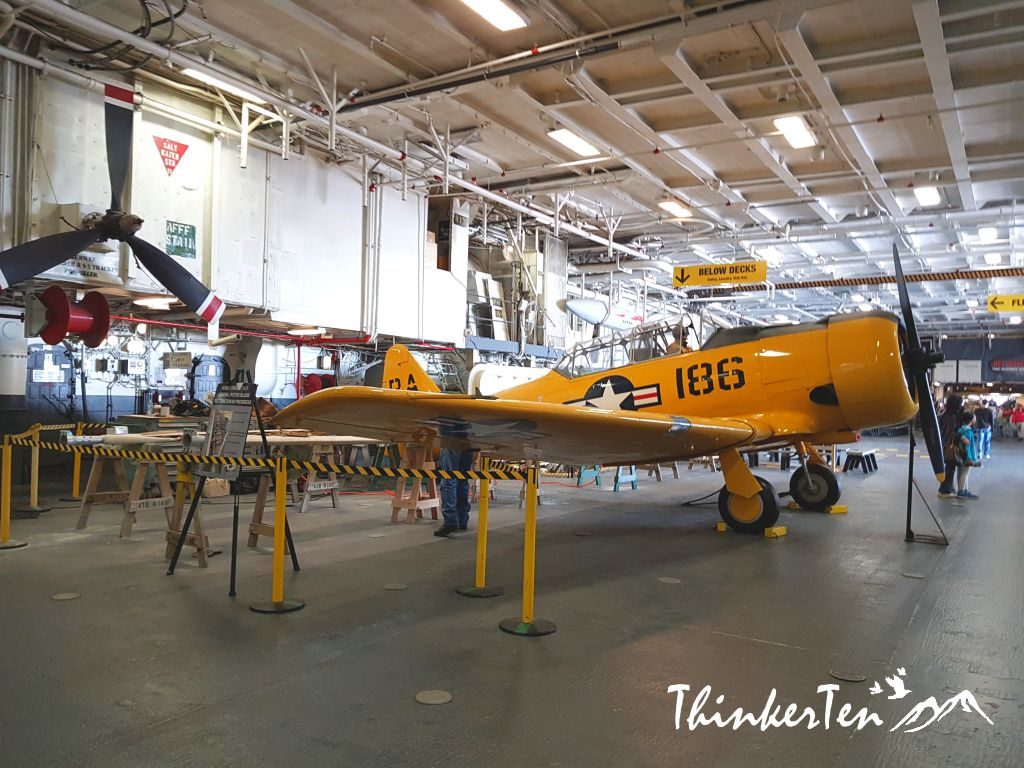 There are 60 locations to visit so it may takes 3 hours to half a day if you are really interested into warship. Just press the number stated at the location to listen to the story or description. 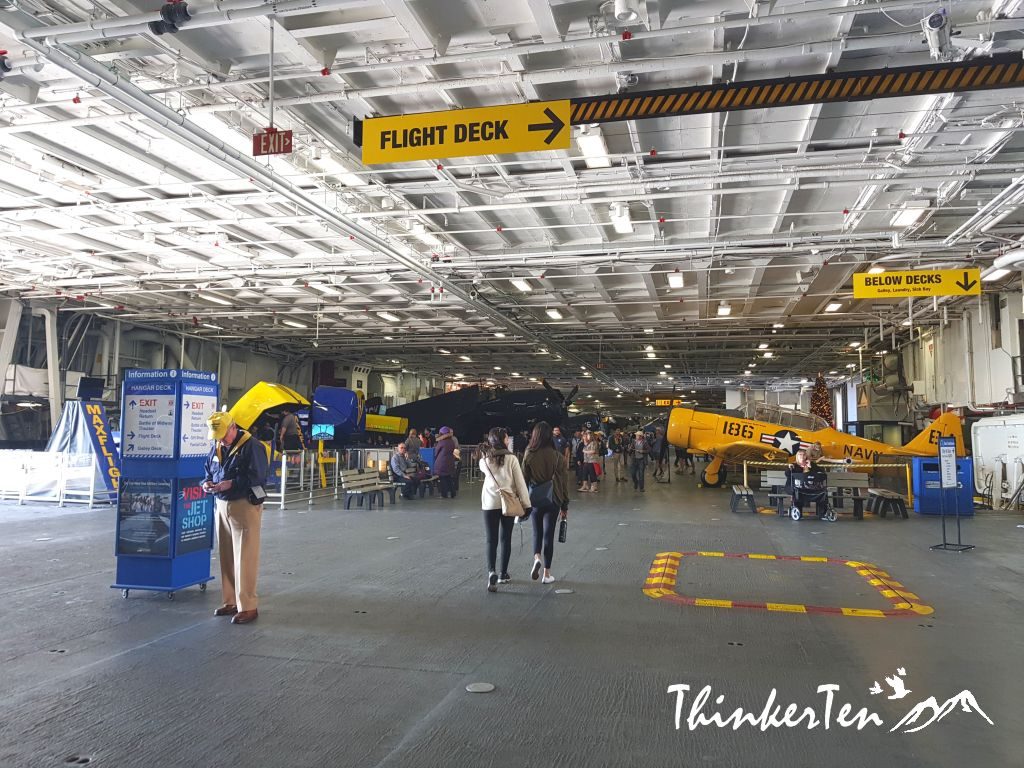 In the event the USS Midway had to be abandoned,these capsules can be used – which contained self-inflating life raft, emergency rations and survival equipment to sustain the survivors until they were rescued.  You can see how compact these survivor kits were packed! 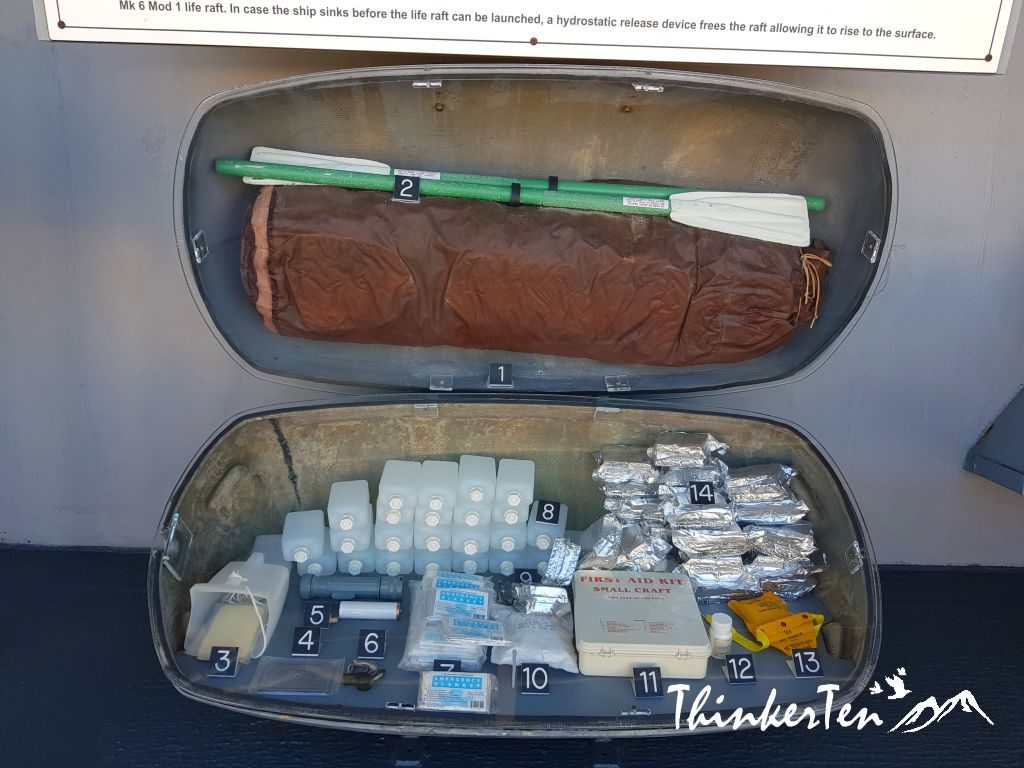 Once you were up the flight deck, it is totally a new feeling at the top! 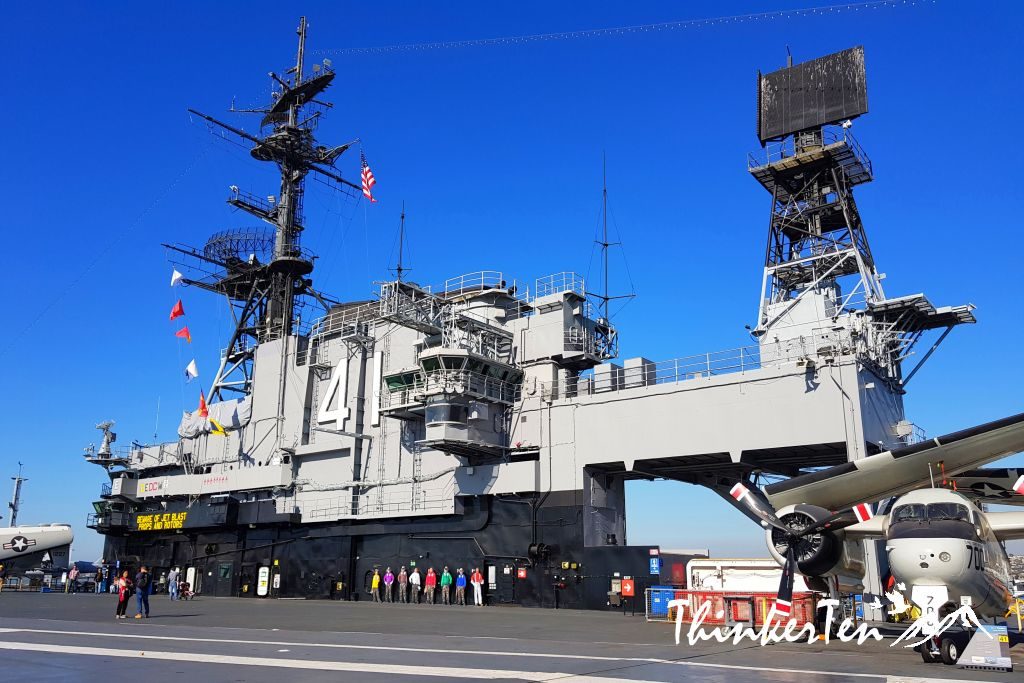 There are more vintage airplanes and helicopters at the flight deck. Most of them are open for visitors to climb up and look at. 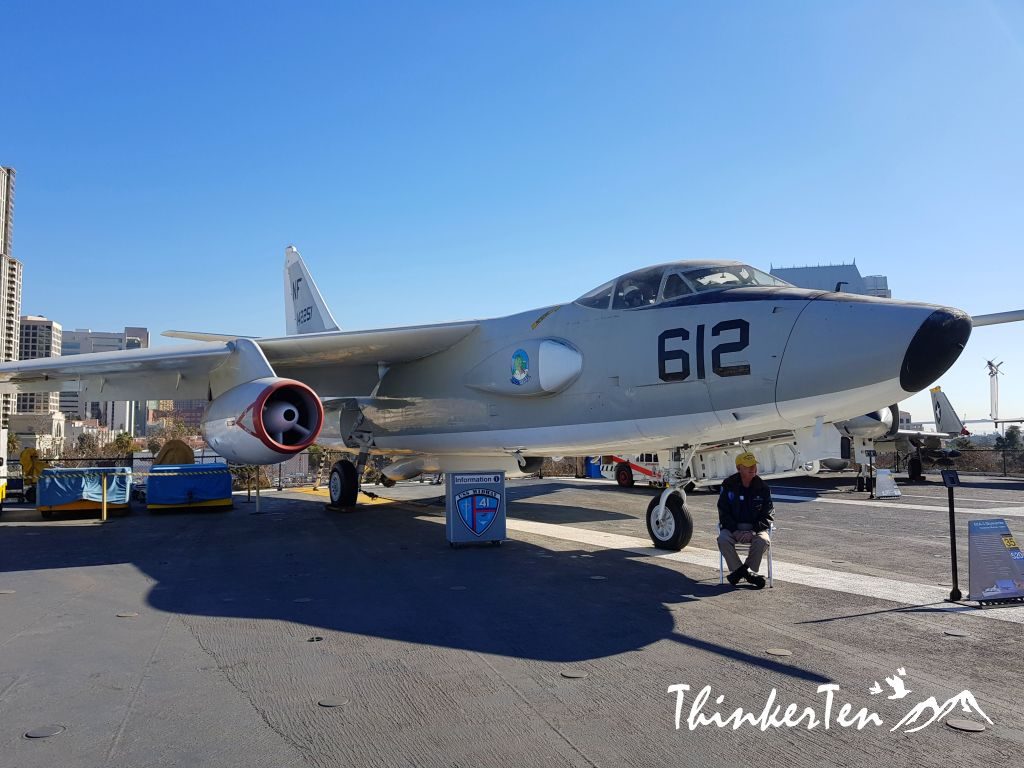 USS stands for United States Ships.  USS Midway can have 136 aircraft on board.

American love war and good at it, so this is a must visit attraction to check out the American warship CV41 Midway, very powerful and eye opening! 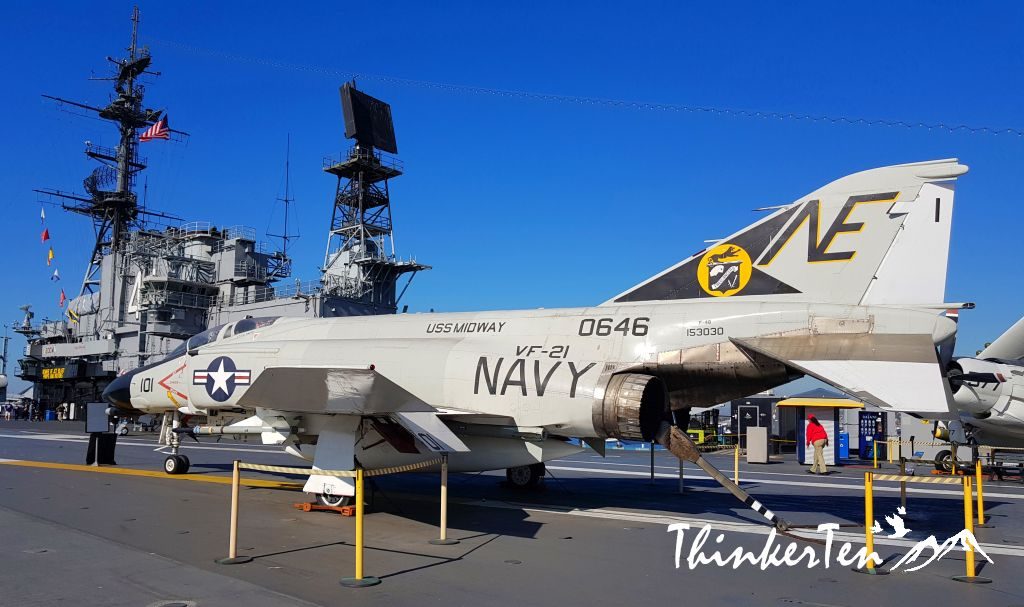 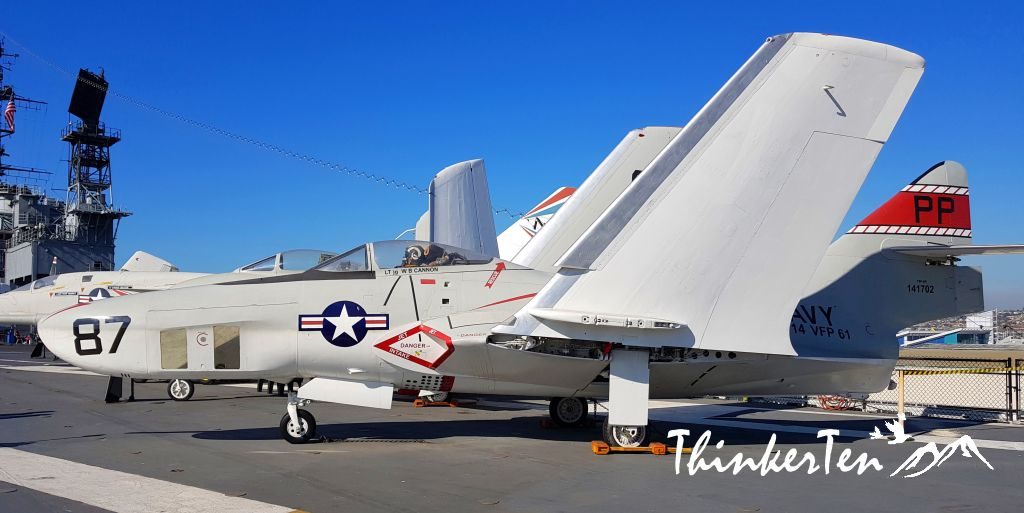 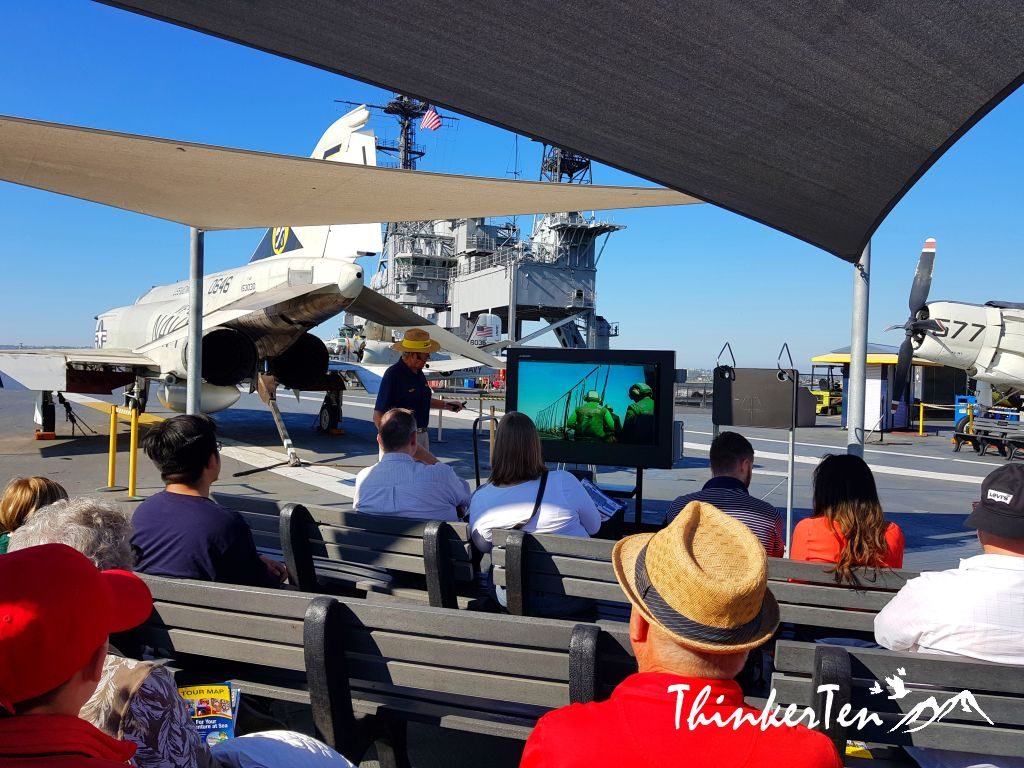 There are volunteers who also veterans and some of them even served on the USS Midway before, telling you the stories of the USS Midway and the flight deck operations. 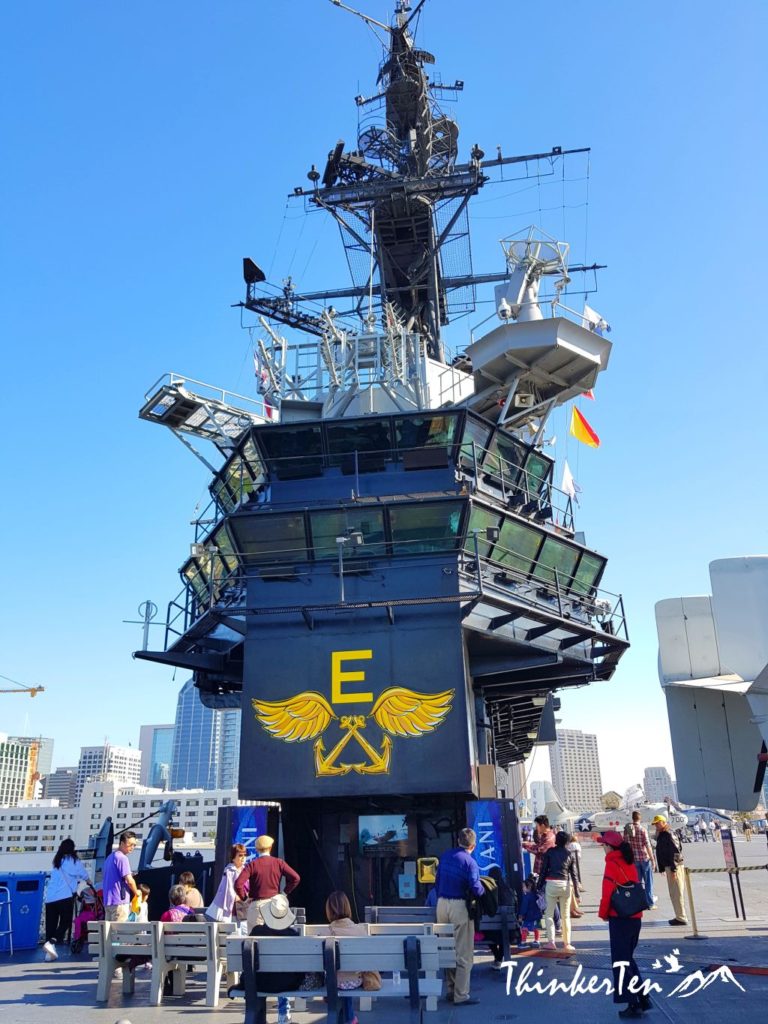 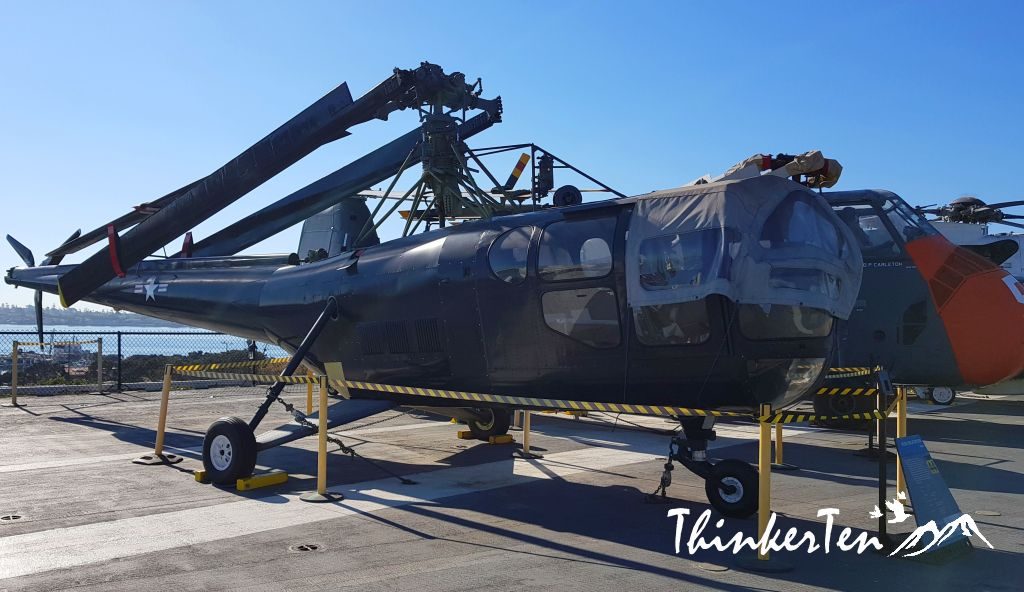 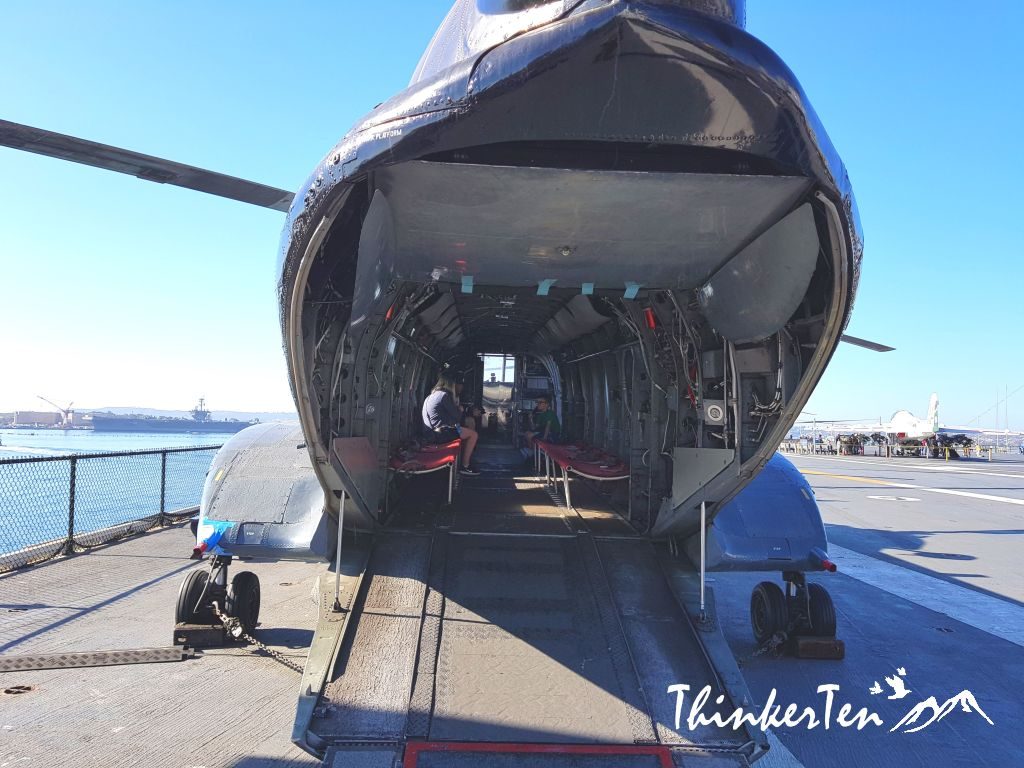 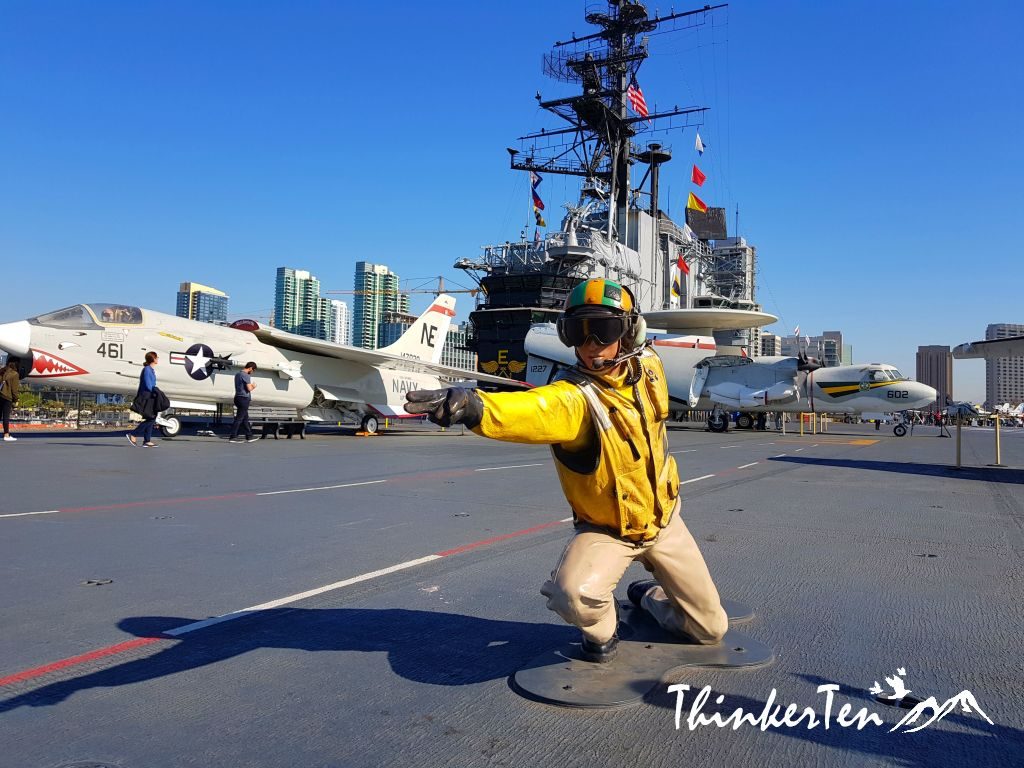 The flight deck is made of steel as compared to the older version which is made of wood, thus minimize the direct heat and fire. 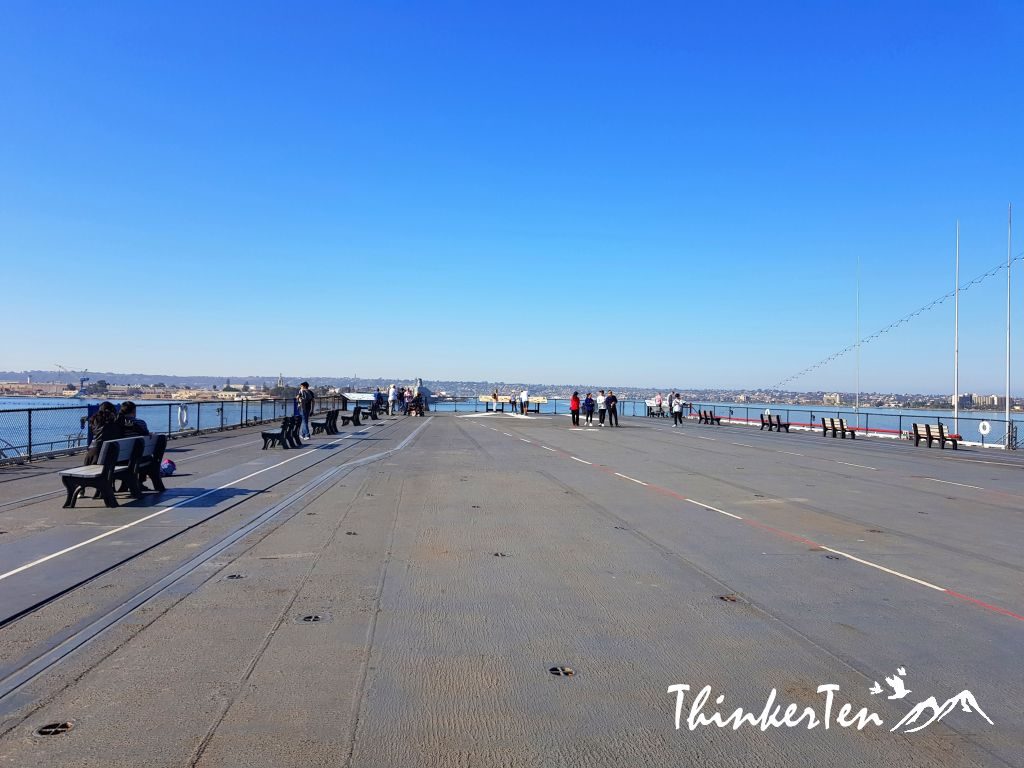 At the end of the flight deck, there is a 360 degree panoramic views of San Diego  city skyline. Walk up  to the end of the deck and enjoy  the stunning unblocked view!

Beware of Sun Burn at the Flight Deck

I used my jacket to cover my head as my dark hair tend to absorb the heat from the sun and it was unbearable for me.  You may want to bring an umbrella or wear hat instead if you too shy to use umbrella in America 🙂  But make sure the hat can cover your neck, else you may have sun burn. 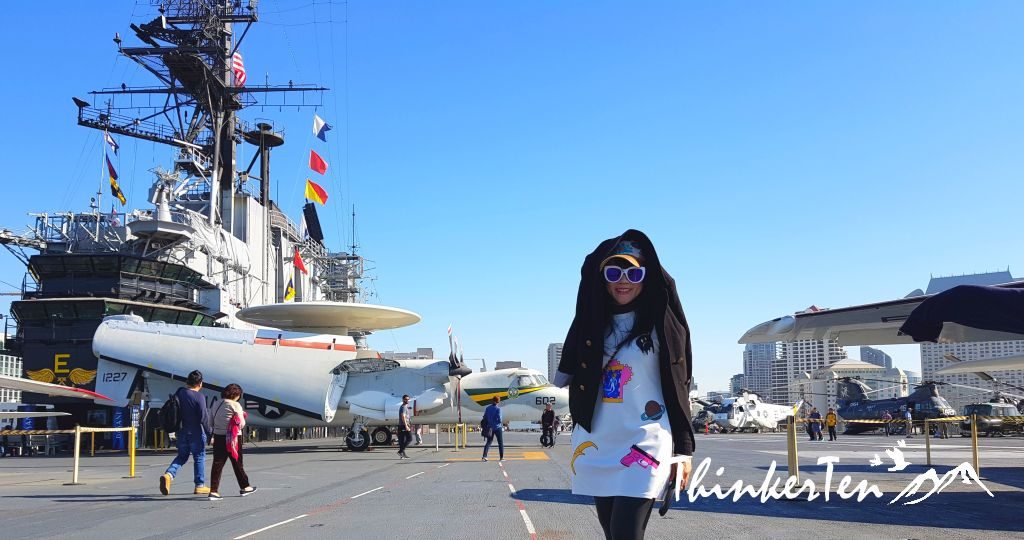 USS Midway served both Vietnam and Gulf war during the 47 years of service.  It has also save thousand of Vietnamese refuges escaping from Saigon during the war. 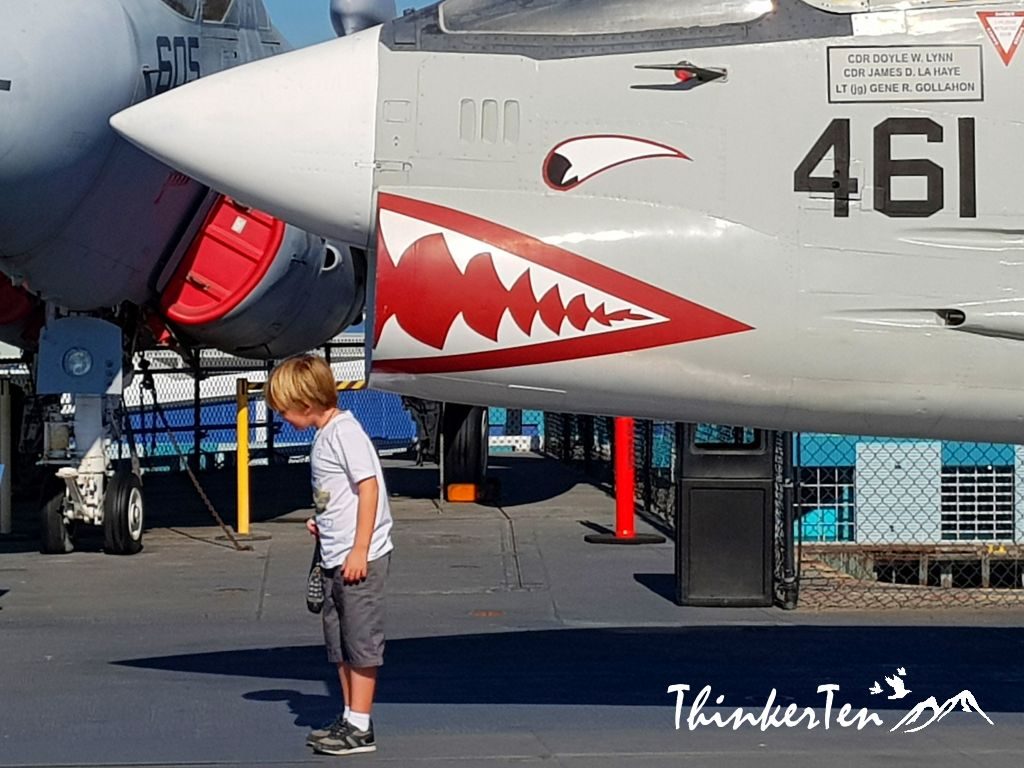 Don’t miss the opportunity to go up and check out the aircraft, encourage the young one to touch and play around these real aircraft! 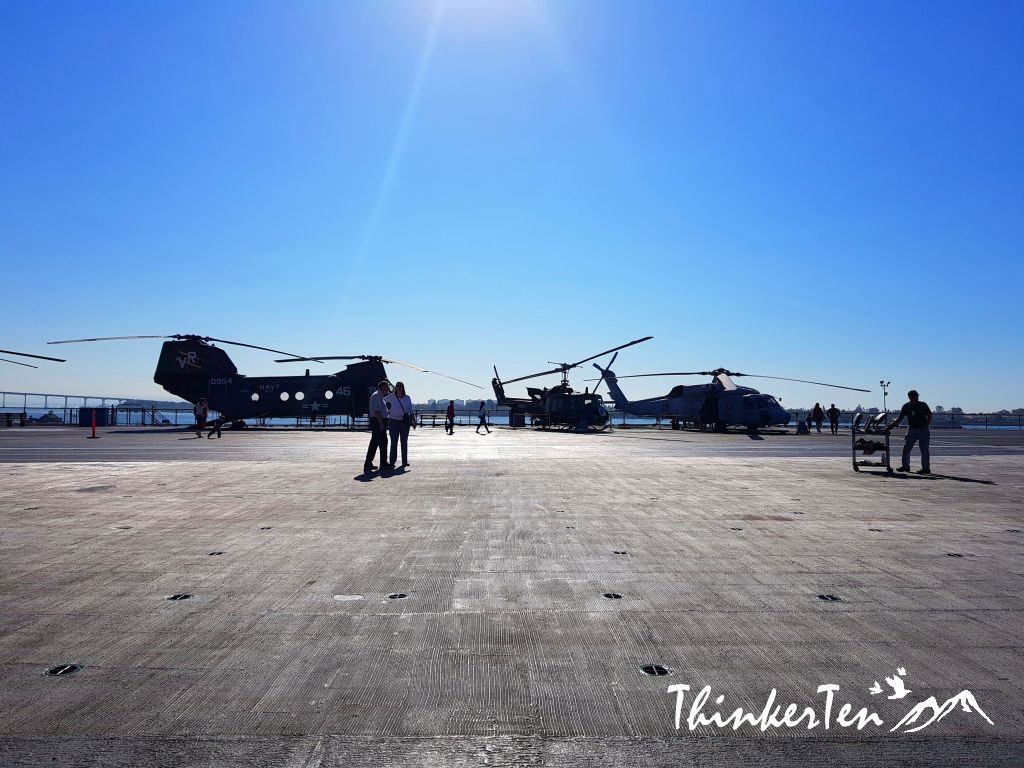 There were up to 200 cooks to prepare daily food for the 4500 crew members.  There are also few restaurants at Midway to serve these crews. You get to see how does a kitchen look like in a warship. 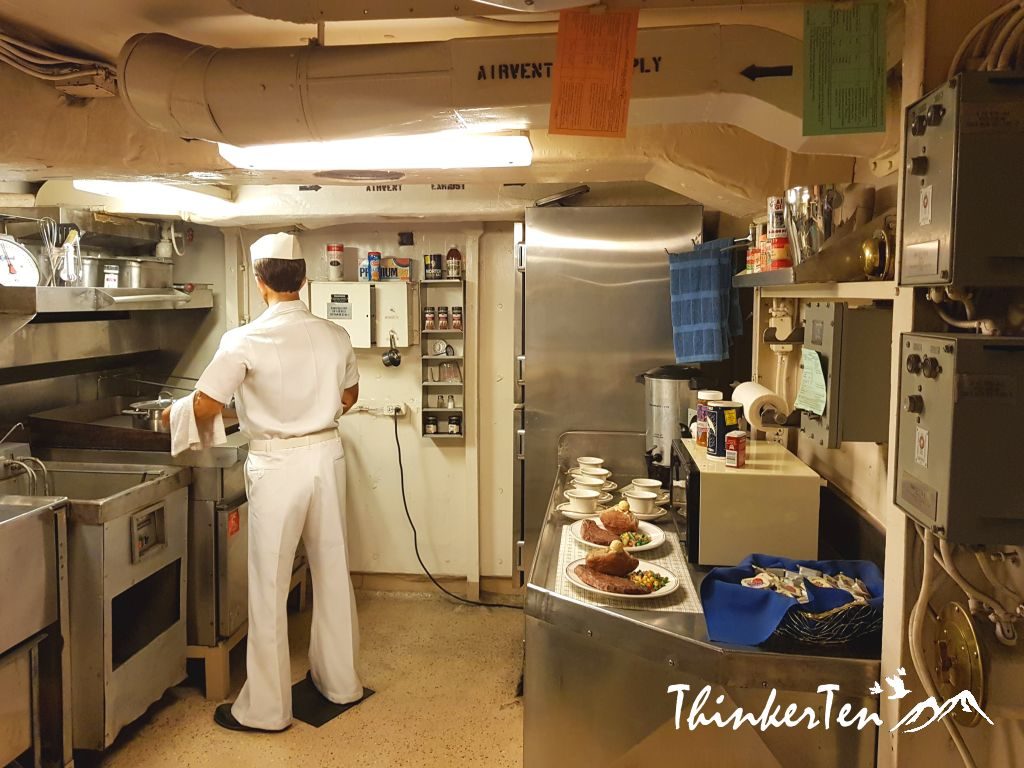 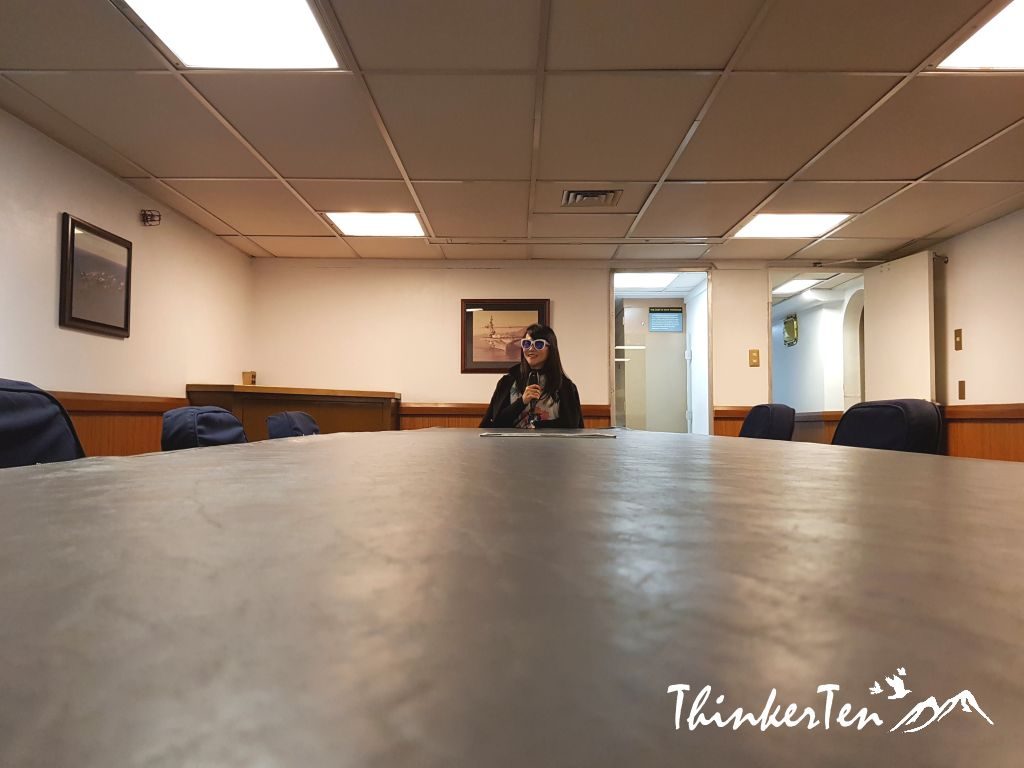 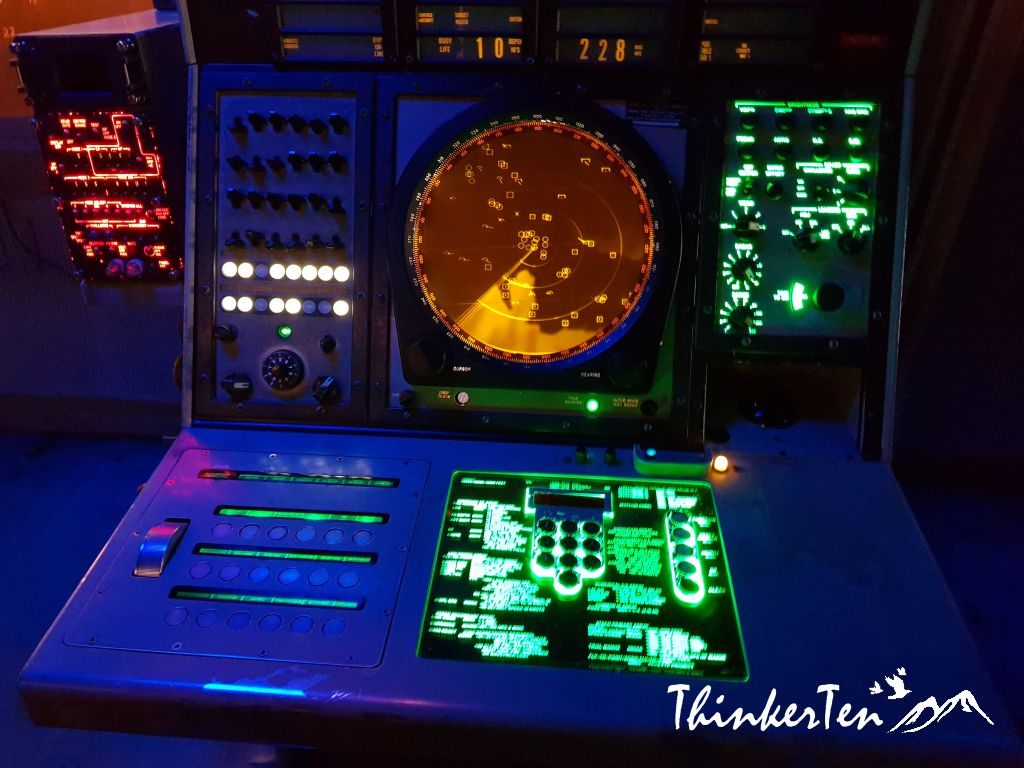 At the damage control area, this is the place where a lot  of emergency decision were made. 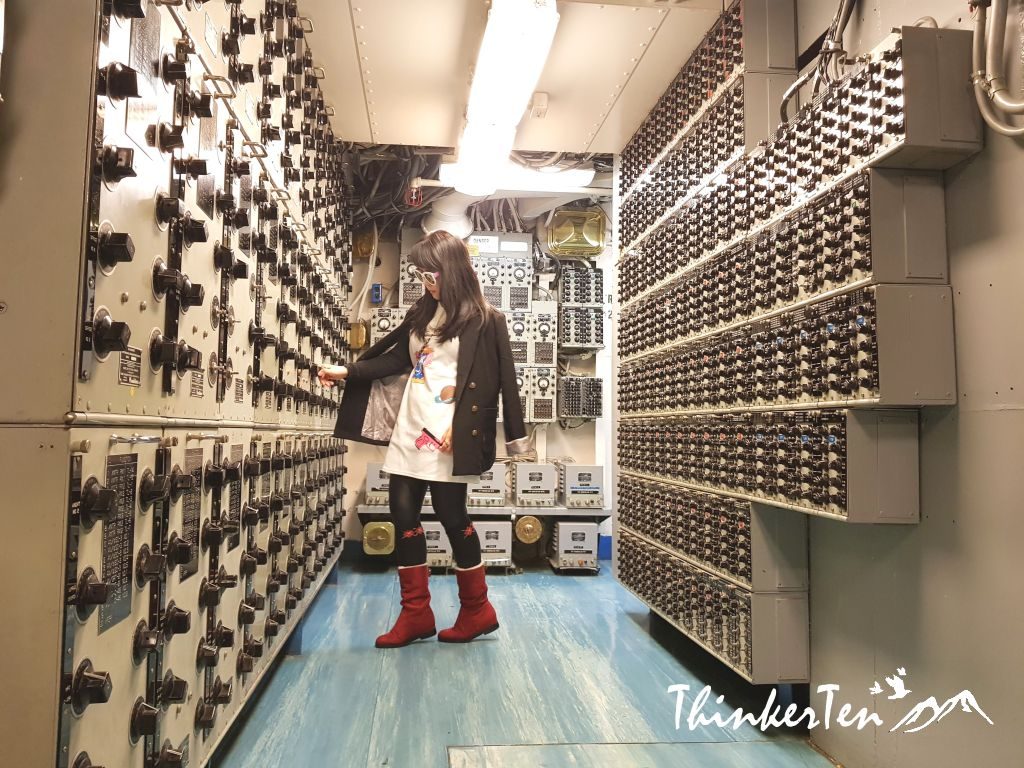 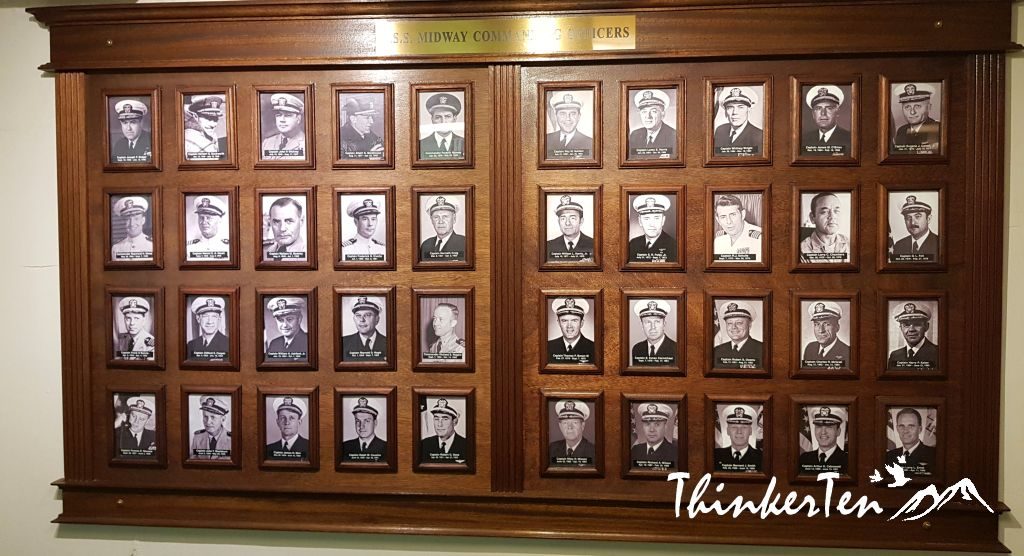 A spacious room with comfy bed for high ranking officer

Living condition is different if you are a normal navy crew member.  The crews needed to squeeze in a pack area with bunk beds together with the rest of 4000 crews. The comfy bed (below picture) here is for a high ranking officer I am sure as the bed is big and spacious and you can have the whole room by yourself. 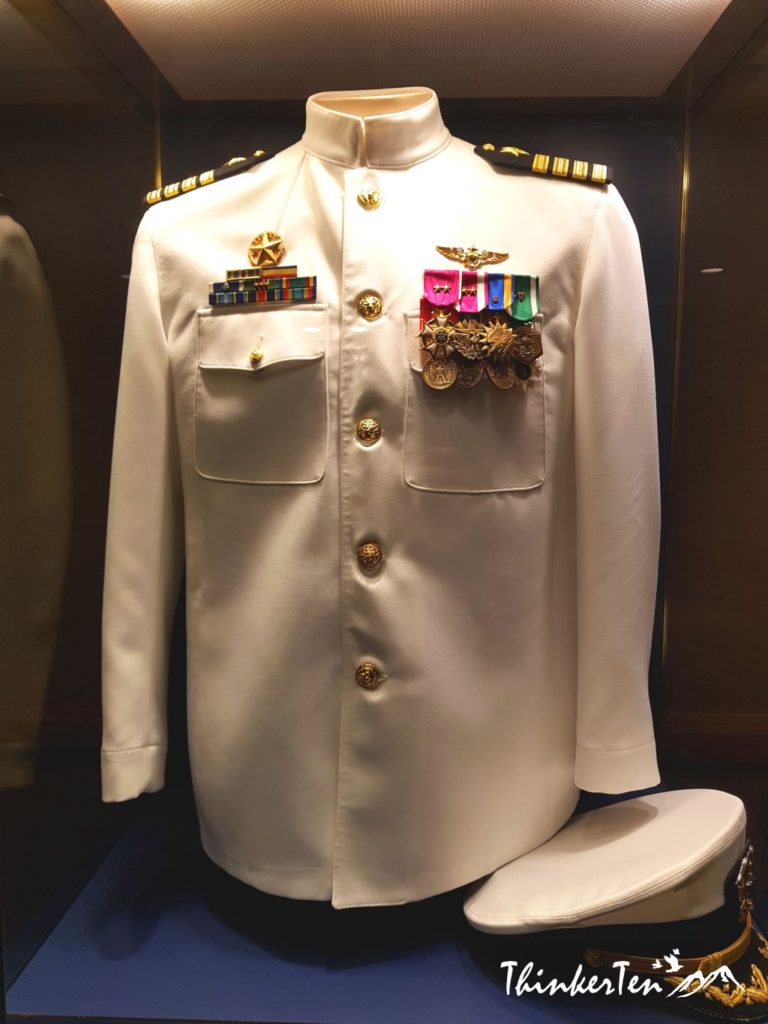 There are also medical facilities such as operating theater and X-ray room inside the Midway.

Some aircraft even have the pilot seat emptied so you could sit in and twists and turns and barrel rolls like real pilots, then you can walk down like Tom Cruise.

Cafe and gift shop are available in USS Midway. 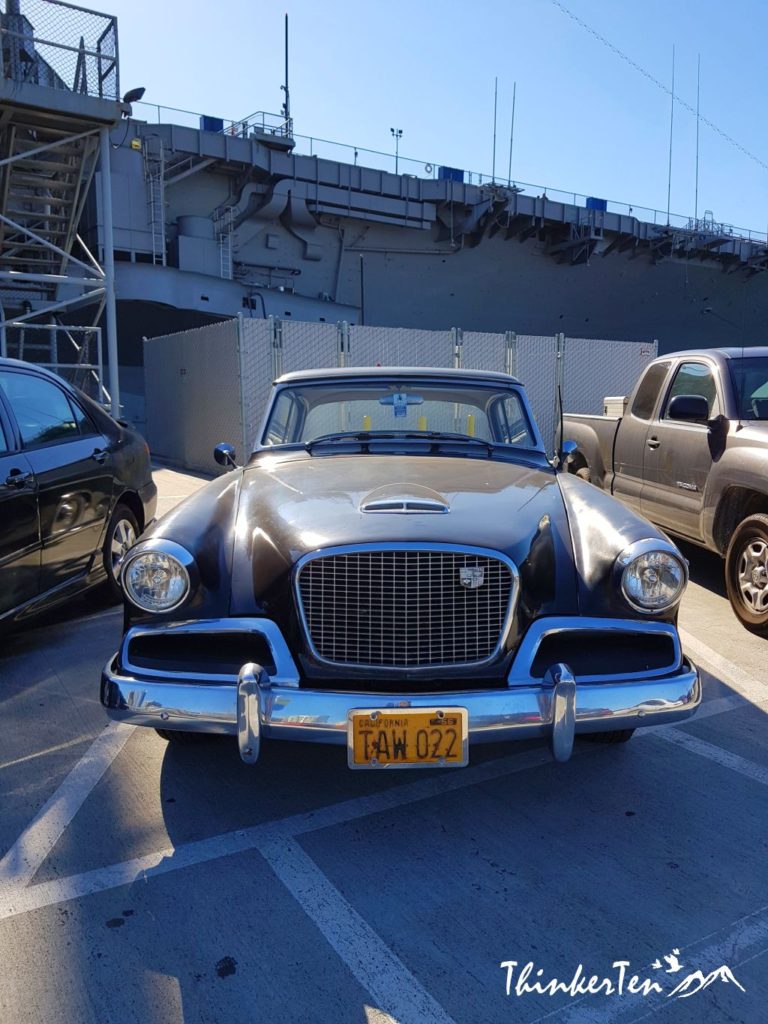 USS Midway is one of the largest aircraft carrier that you can visit in the world.  Fun for all ages but if you have young children, especially boys, bring them here to have an educational tour about warship.  I am sure they will be delighted.  You need about half a day to explore this floating city. Do arrive early to avoid the crowd.  Operating hour is 10 am to 5 pm.