First University in Vietnam : Temple of Literature in Hanoi 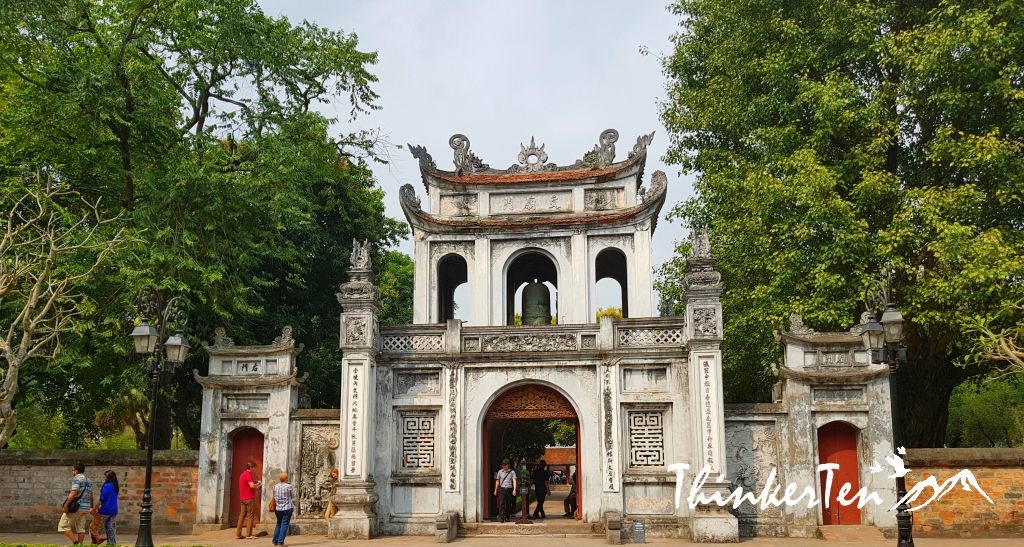 After visiting Hoan Kiem Lake in the Old Quarter, we took a taxi from Old Quarter to Temple of Literature.  It is only about 2 km but we paid 100,000 dong for a very short distance.  The meter runs super fast and you know there is something wrong with the meter.  We knew we got scammed by the taxi but is ok, the money weren’t so much if converted in SGD – 6 dollars.  We learned.

Temple of Literature is also known as the first university in Vietnam 1076. It is called “Van Mieu” in Vietnamese, sound very similar to Cantonese/文廟. You will see a lot of similarity from Hanoi and Guangxi as Guangxi is at border near Hanoi. Many of the name of the places in Hanoi sound very Cantonese, believe to get the influence from Guangxi China.

There are in total 5 courtyards in Temple of Literature. 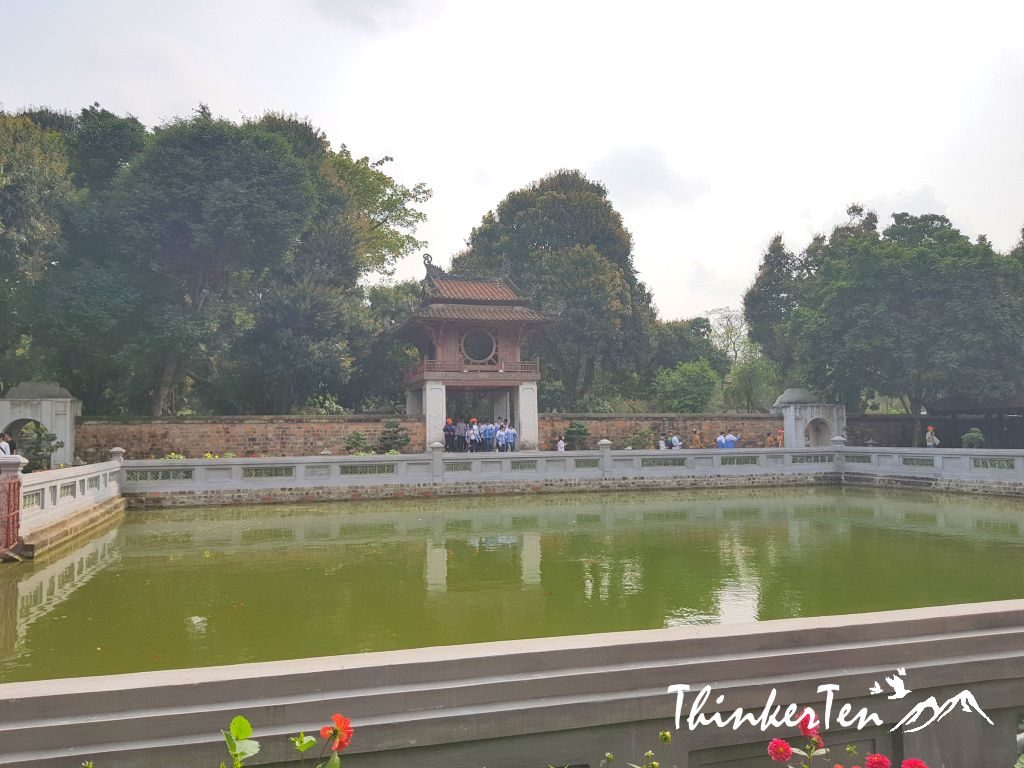 Red Khue Van pavilion ( above ) located at the second courtyard,  is  a rare example of well-preserved traditional Vietnamese architecture, where poem competition used to take place in the ancient time.  You will also find Khue Van Pavilion in the 100,000 Vietnamese dong notes.  The Khue Van Pavilion is an icon for Hanoi city.

Stone steles built above stone turtles which have on its names, hometowns of 1306 prestige scholars who were awarded doctorates during the period of 1480 and 1780. 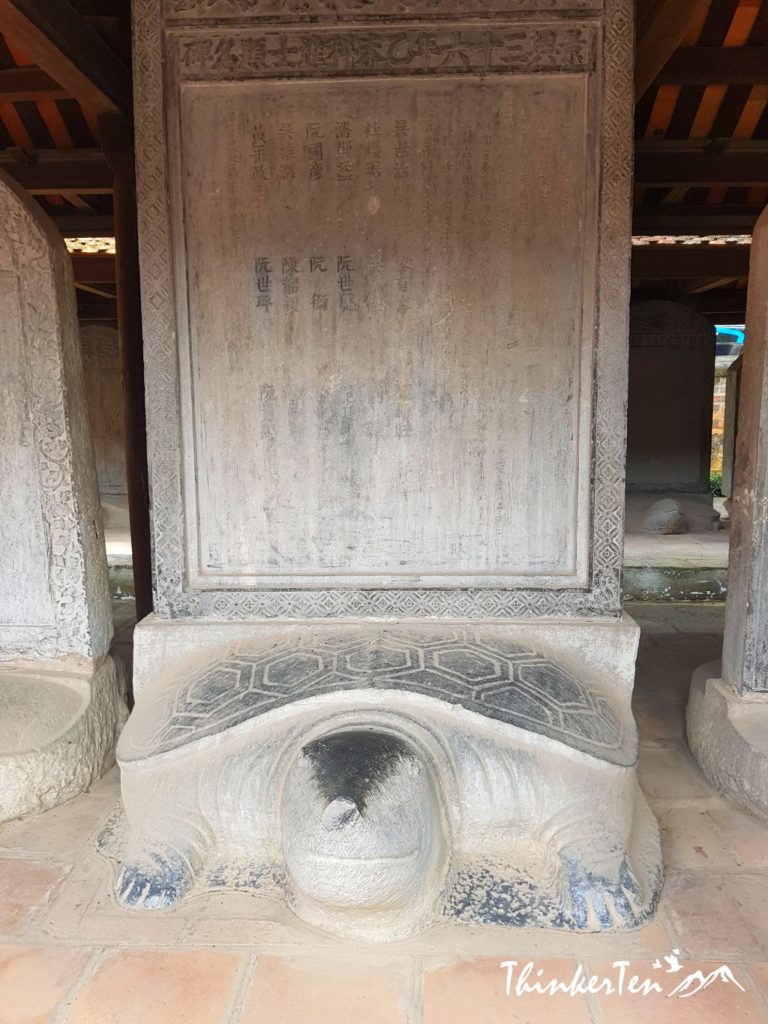 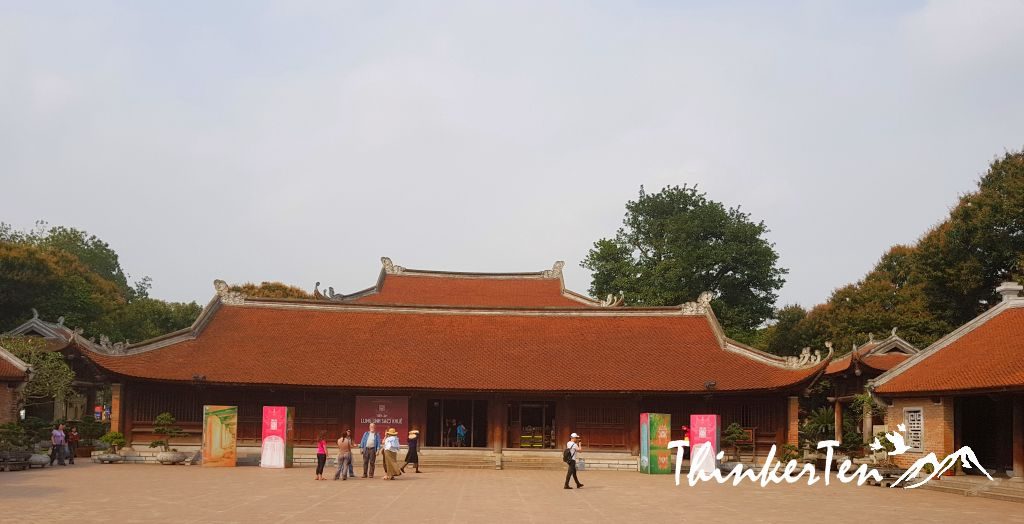 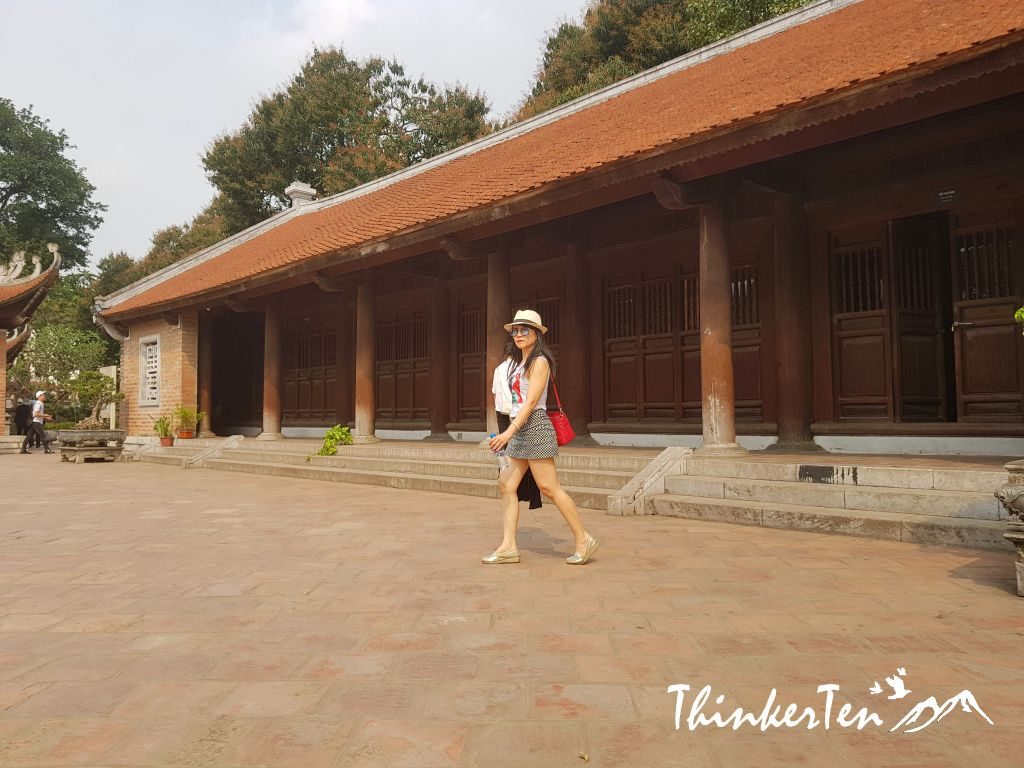 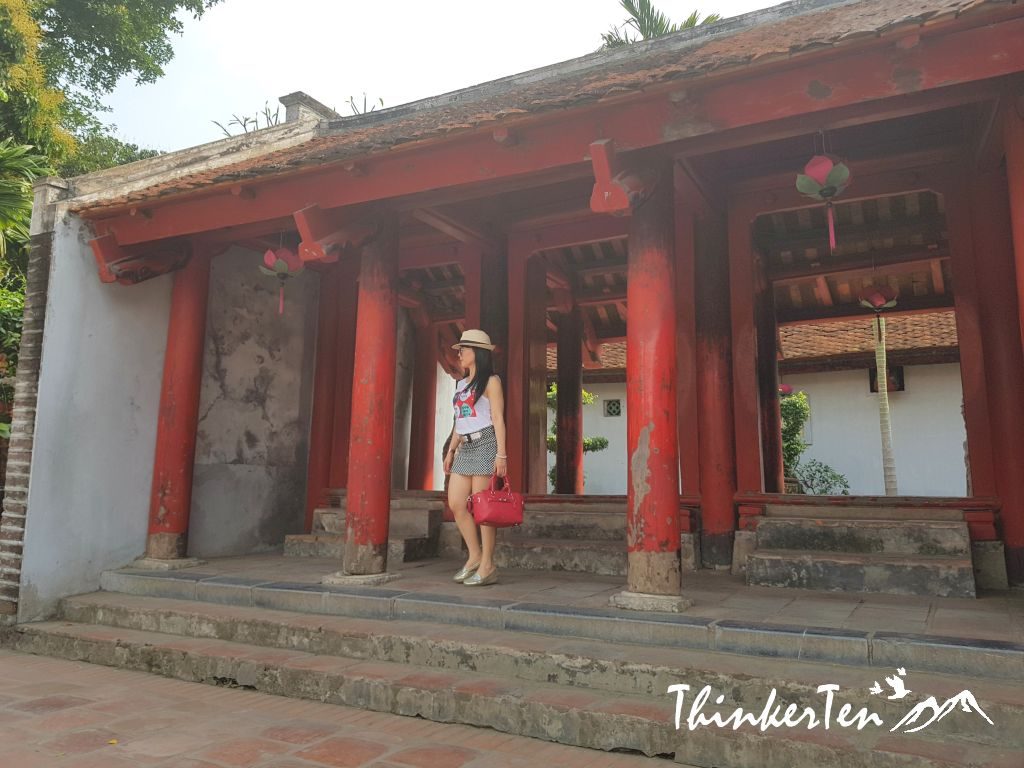 When I was there, there are big group of school students having event at the temple 4th courtyard. This place is very popular with students praying for good grades. 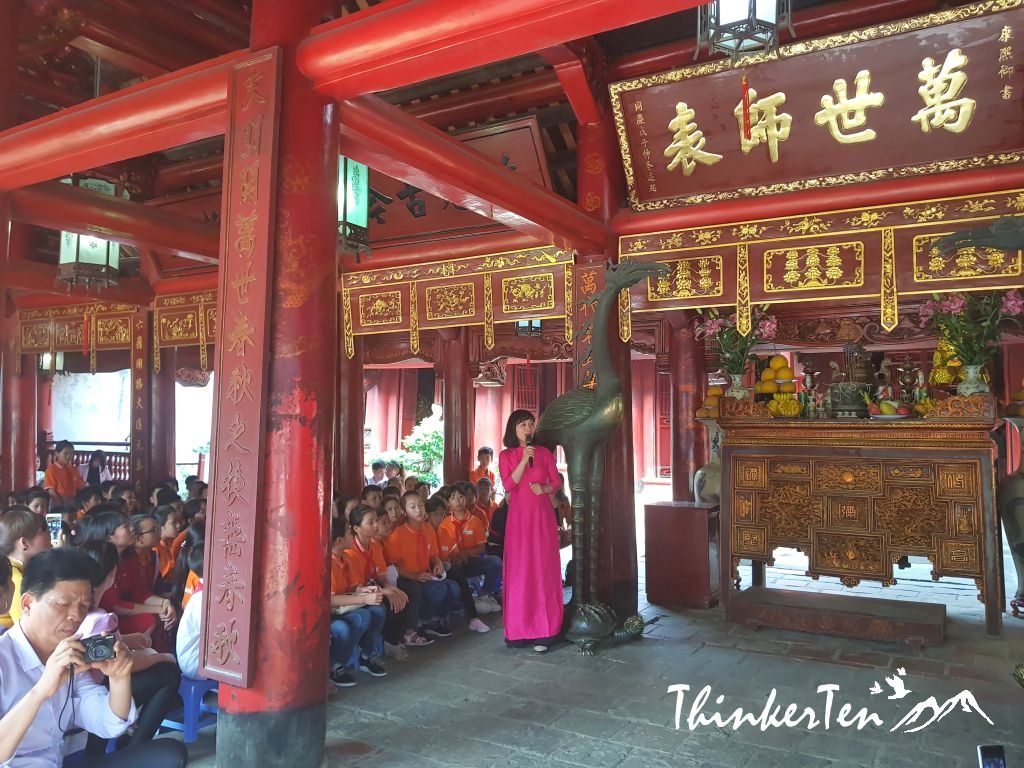 There is a pair of crane and turtle (above picture), crane step on top of the turtle representing longevity and eternity. 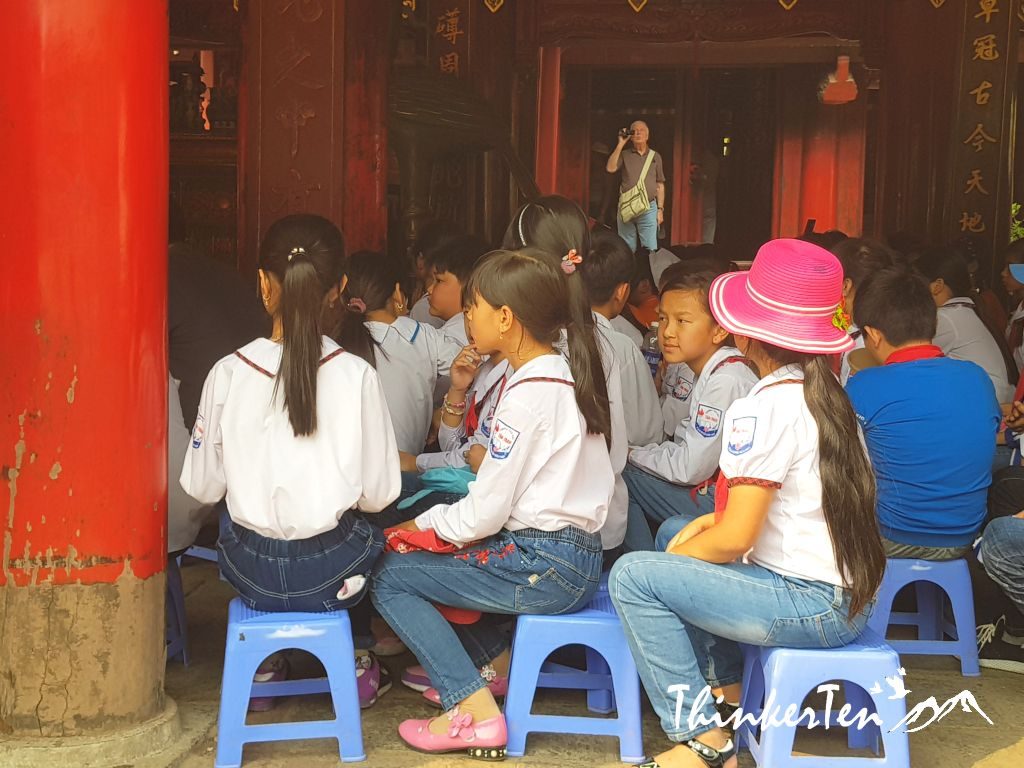 The Fifth Courtyard – grounds of the Imperial Academy

You can climb up to the second floor, I like the patterns of the tiled roofs. 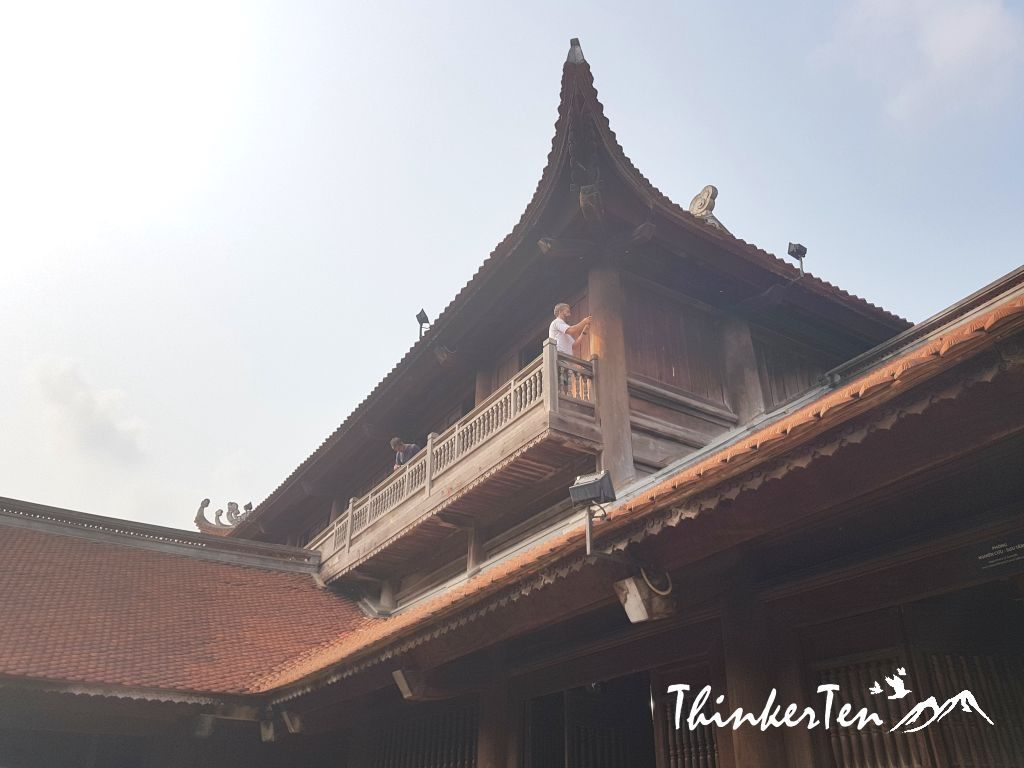 Big Drum at the firth courtyard 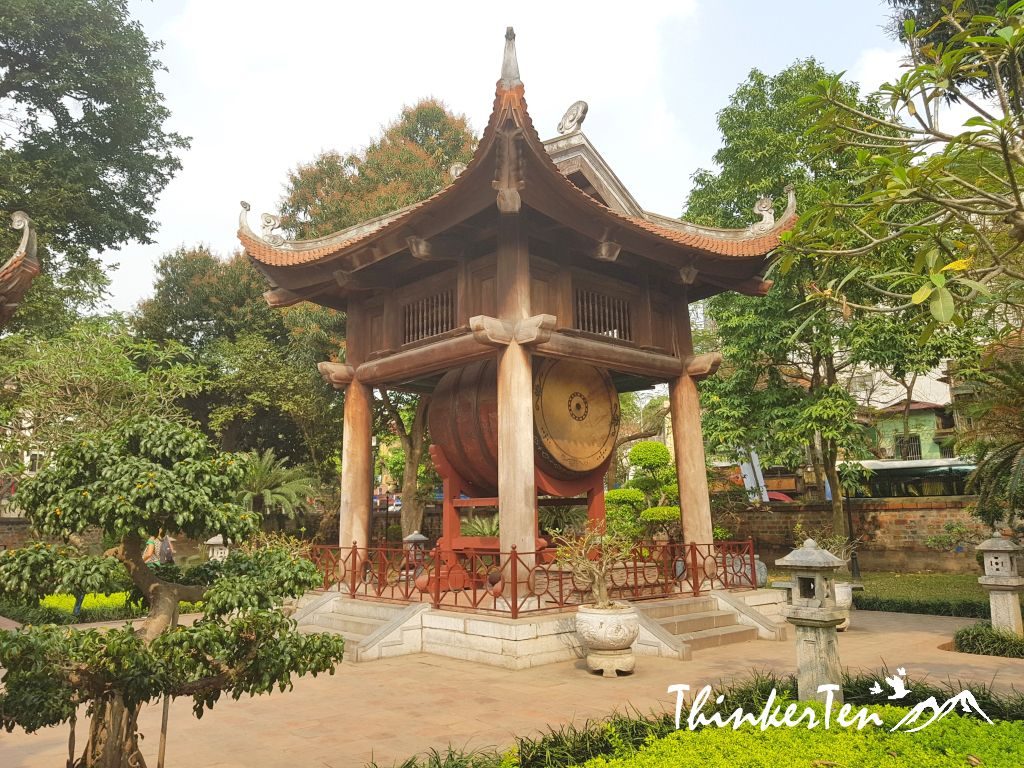 The one thing you need to spot is the Red Khue Van pavilion in the Temple of Literature , it is also the city icon.  You will also see it in the 100,000 dong paper notes. 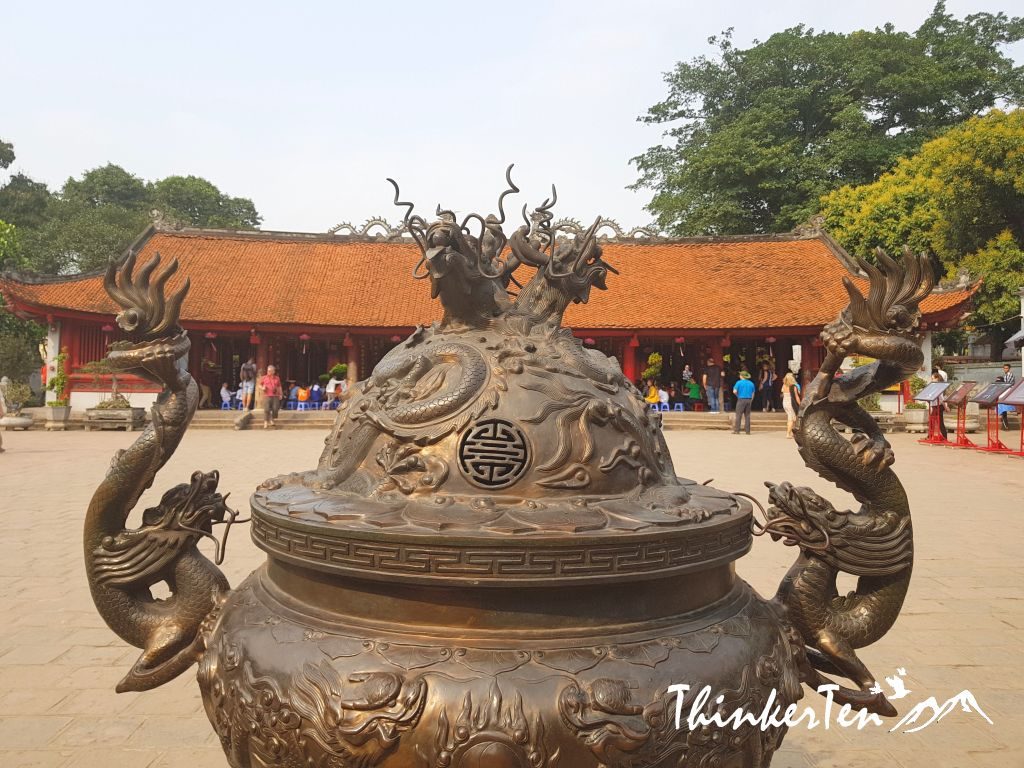 Vietnam : Hanoi Night Market & The 3 Unusual Vietnamese Traits I Discovered During My Stay In Hanoi!

A temple of literature? WOW! That sounds like such an incredible place… I need to go here myself, one day.

What a fascinating place! I would love to see the temple, pavilion, and 5 courtyards in person one day!

This looks like an incredible place to explore for the day. I would love to visit with my family. Although I already know which location my children would love best, definitely the one with the big drum!

This is all gorgeous… you literally had me at “temple of literature”! I am fascinated.

Looks like a really beautiful place that has been around so long. I would love to visit this one day.

Oh wow the temple of literature sounds amazing, and looks so bathed in culture. You are lucky to visit.

I am intrigued by the Third Courtyard – Well of Heavenly Clarity due to the names of all the prestigious scholars listed. I also like the architecture like the corner tips pointing upward.

Temple of literature? I’m so intrigued, all of this looks so amazing! I need to visit here some day!

What a beautiful spot! I think every image is gorgeous — I want to do a photo shoot here! x

This is so interesting. It definitely does not look like a university in the US at all.

This looks like a beautiful temple to visit. I haven’t had the opportunity to travel to Vietnam but it looks like it is a place that I need to add to my bucket list. Thank you for sharing.

Oh how fun…it looks like you had a blast. This is definitely a place worth visiting.

What a beautiful University! As always your blogs makes me want to travel, I would just LOVE to visit Vietnam!

The history behind this place is absolutely amazing. And simply gorgeous too! Hanoi looks awesome.

OMG! I’ve been here last year. It’s full of history and tranquility. I love Vietnam food too. Some are really odd but I am happy to try every food as I could. Also, visited the Red Bridge and walk around Hanoi City. Will visit again soon:)

Sucks about the taxi driver over charging. Wow 5 courtyards? The Temple of Literature is quite huge!

Looks very peculiar, very rich in culture though! I mean it doesn’t look like a university but it’s still a great opportunity to visit that place!

Wow this looks amazing. Only one half of Twinspirational has visited Vietnam, so the other only will definitely come back here before planning her trip.

What a cool university to have–a temple of literature. As a teacher, I love this idea! Not to mention where it is located seems beautiful!