The most visited site at Lisbon Portugal – Jeronimos Monastery

When we arrived in Lisbon, the first monument we visited was Jeronimos Monastery located in Belem. Jeronimos Monastery is the most stunning masterpiece of Portuguese architecture from the 16th century. Belem is an important neighborhood of Lisbon and full of attractions such as museum and parks. You can spend half or one day at Belem.  The most famous Portuguese tart pastries shop called “Pastéis de Belém” is also located here. 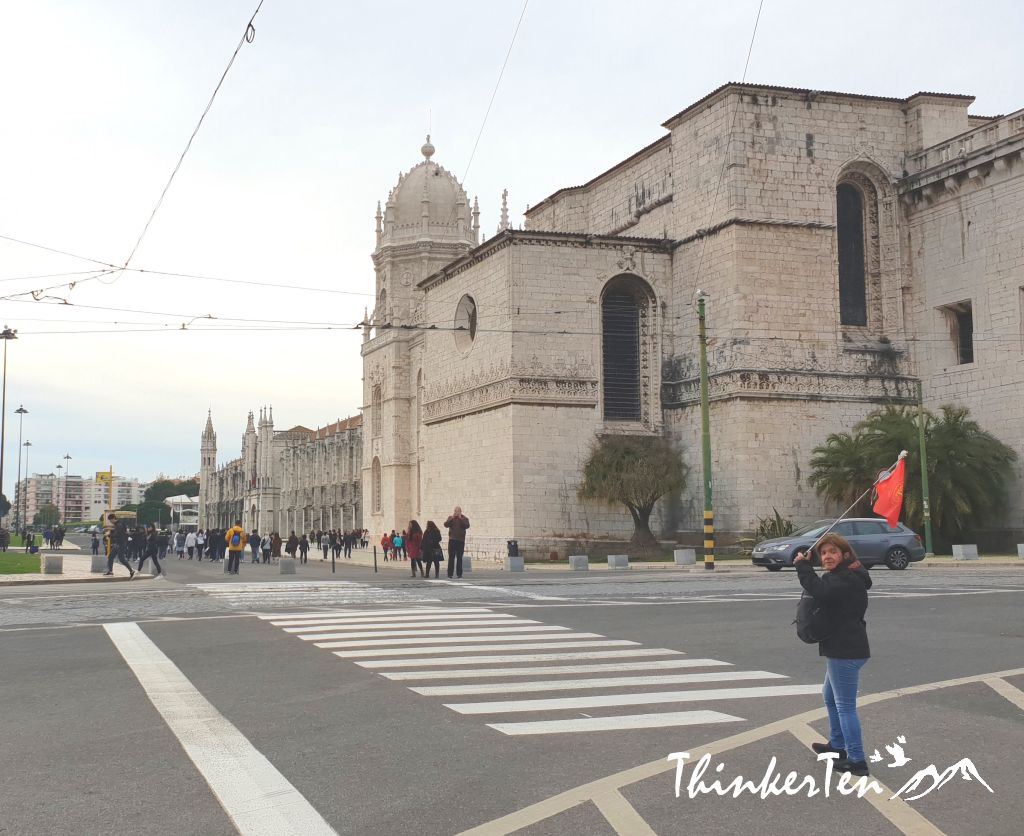 Well, you won’t be surprised if it is a UNESCO World Heritage Site and it is also one of the most visited sites in Lisbon together with Tower of Belem which is located right opposite. 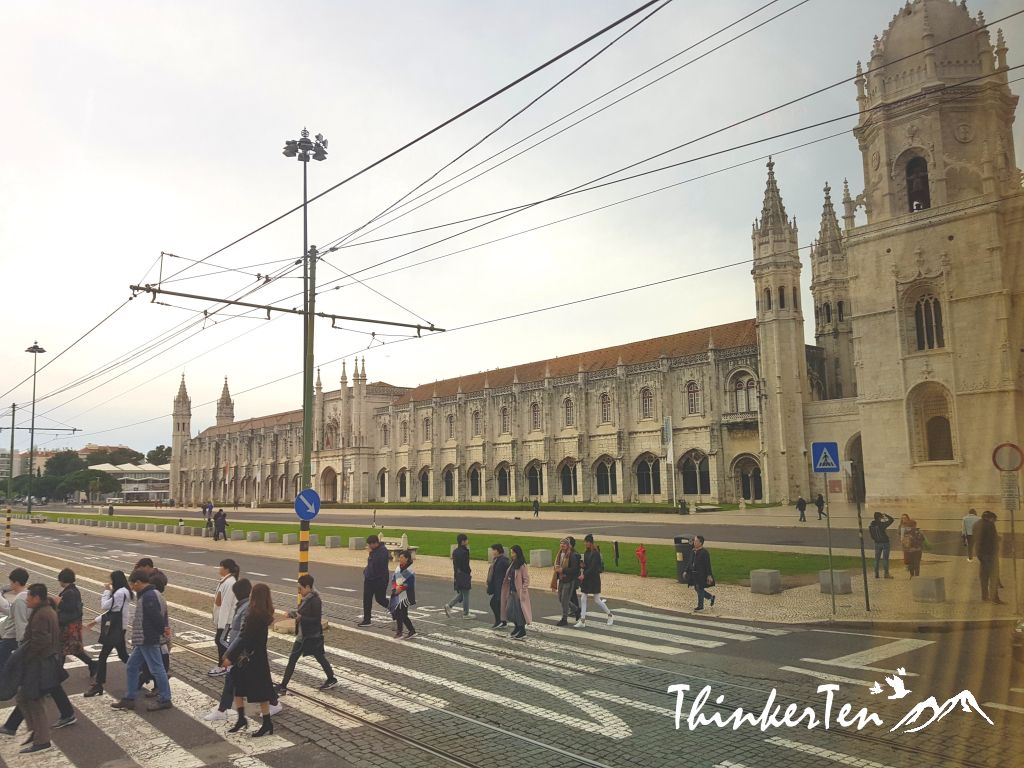 Jeronimos Monastery is housing tombs of some of the famous Portuguese, one of them is poet Luiz Camoes who has similar fame as Shakespeare in England.  I came across one of Luis Camoes’s poem in Cabo da Roca, the westernmost of Europe. The famous quote inscribed – “Where the land ends and the sea begins”. Another occasion, I spotted his statue at Macau China at Leal Senator Building.  Within a year time, I came across this greatest poet several times, both in Europe and Asia.

The other famous Portuguese was Vasco da Gama, his tomb was placed here too.  This guy is a famous explorer who was the first from the European country to reach India by sea. 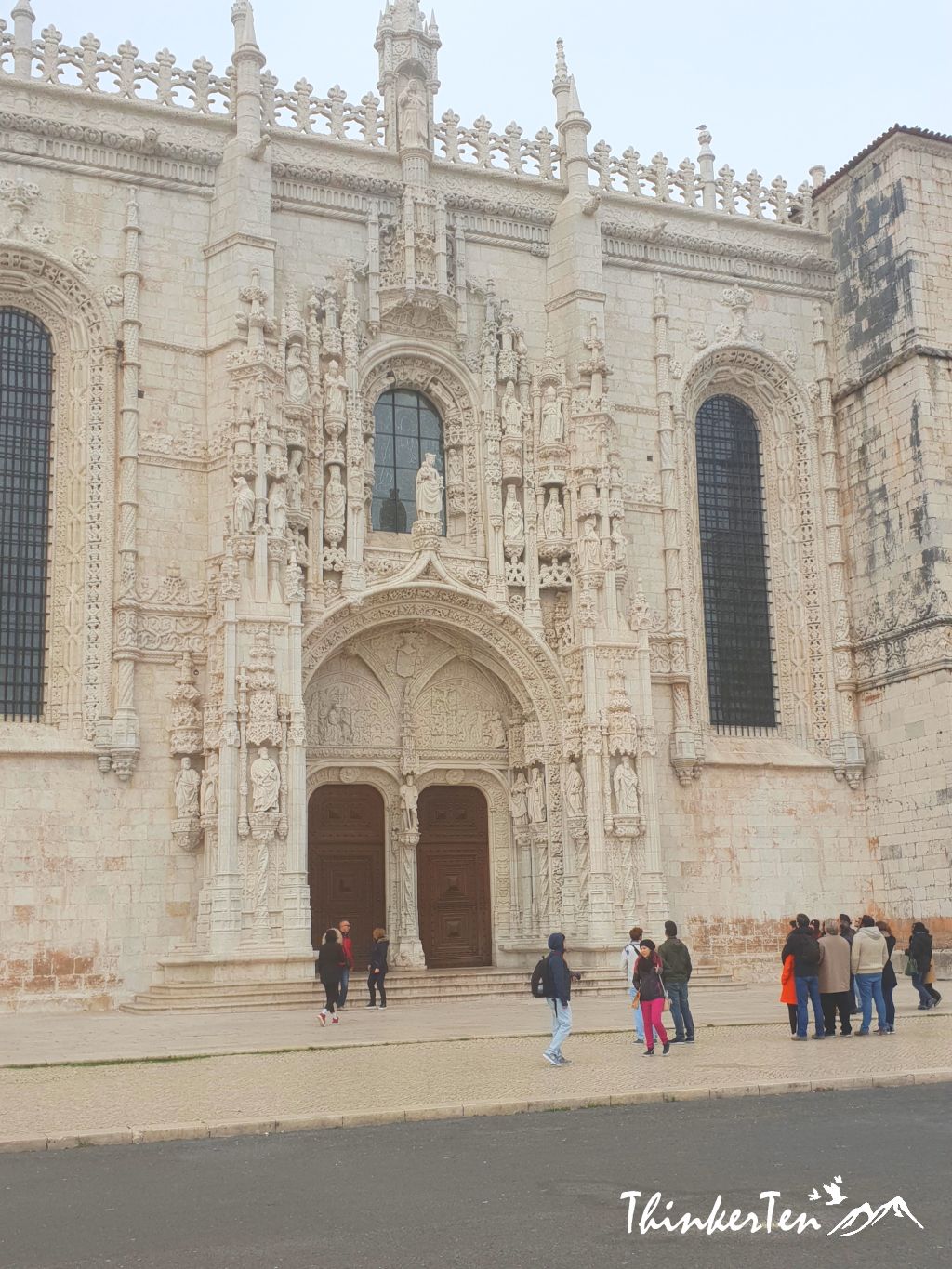 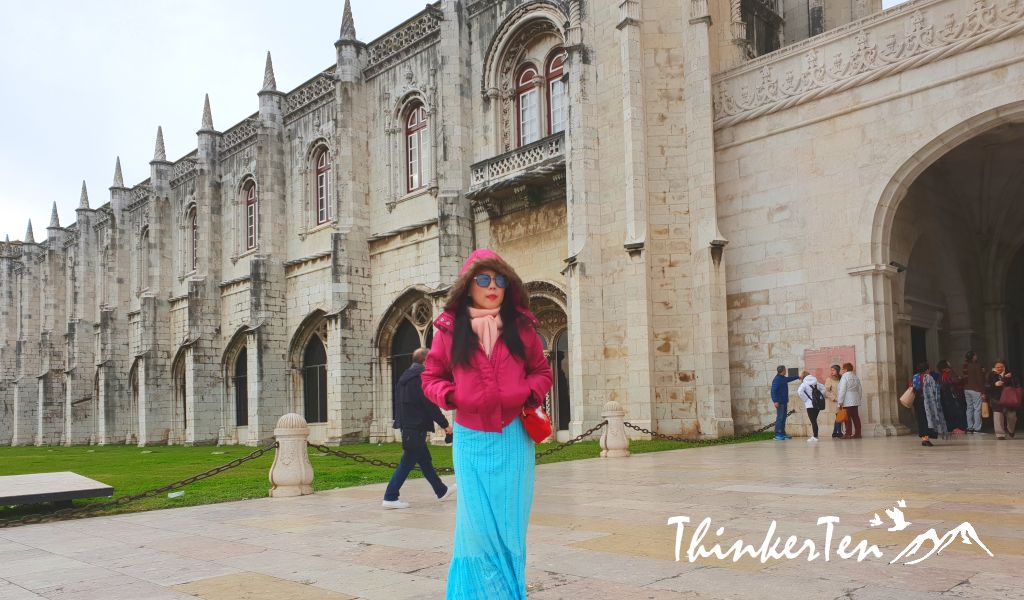 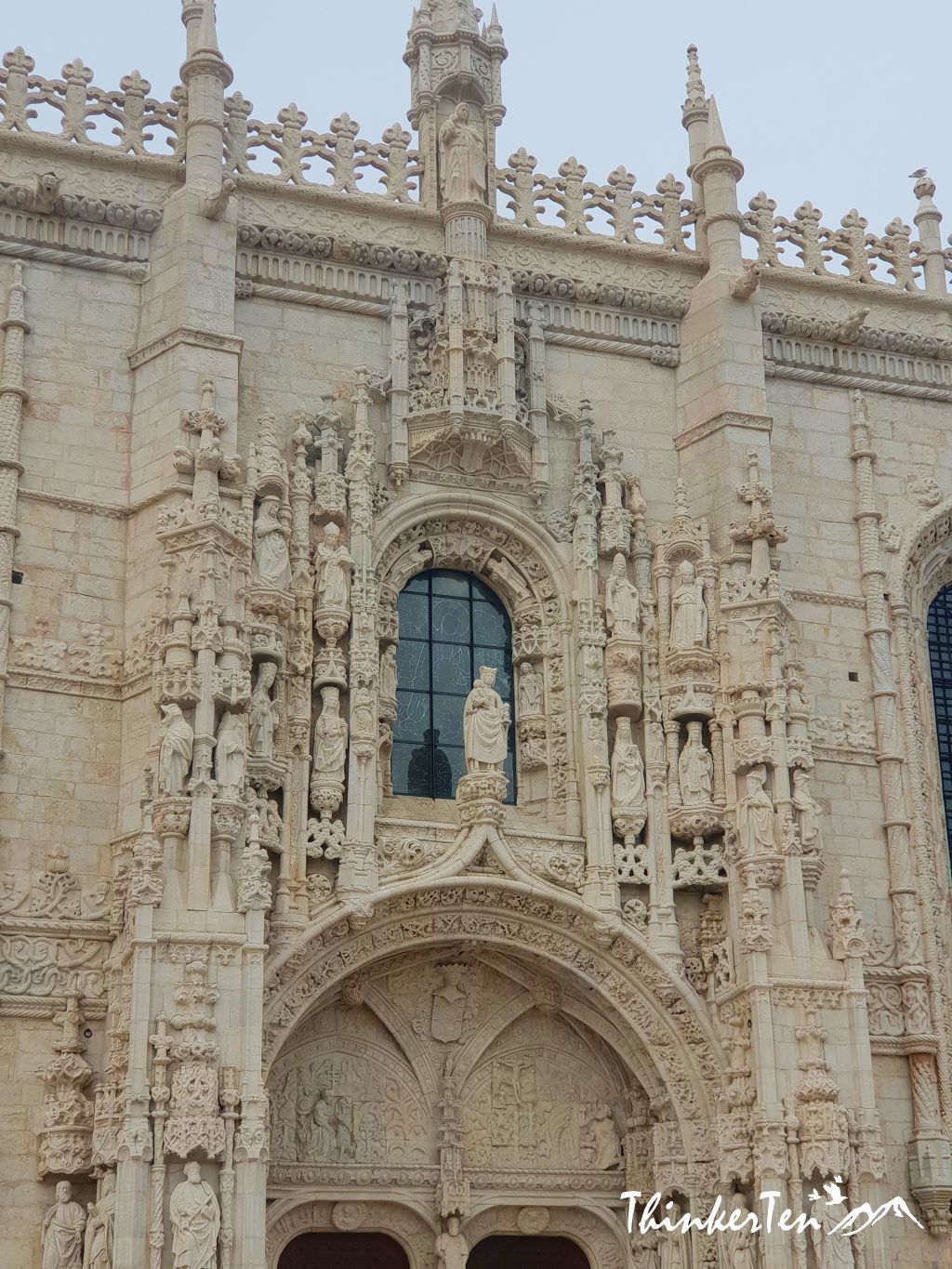 A Century to complete

The construction took about a century to complete. The King at that time, King Manuel asked several talented architects to build this masterpiece. When King Manuel died, he also has a place here. His tomb was placed inside too. 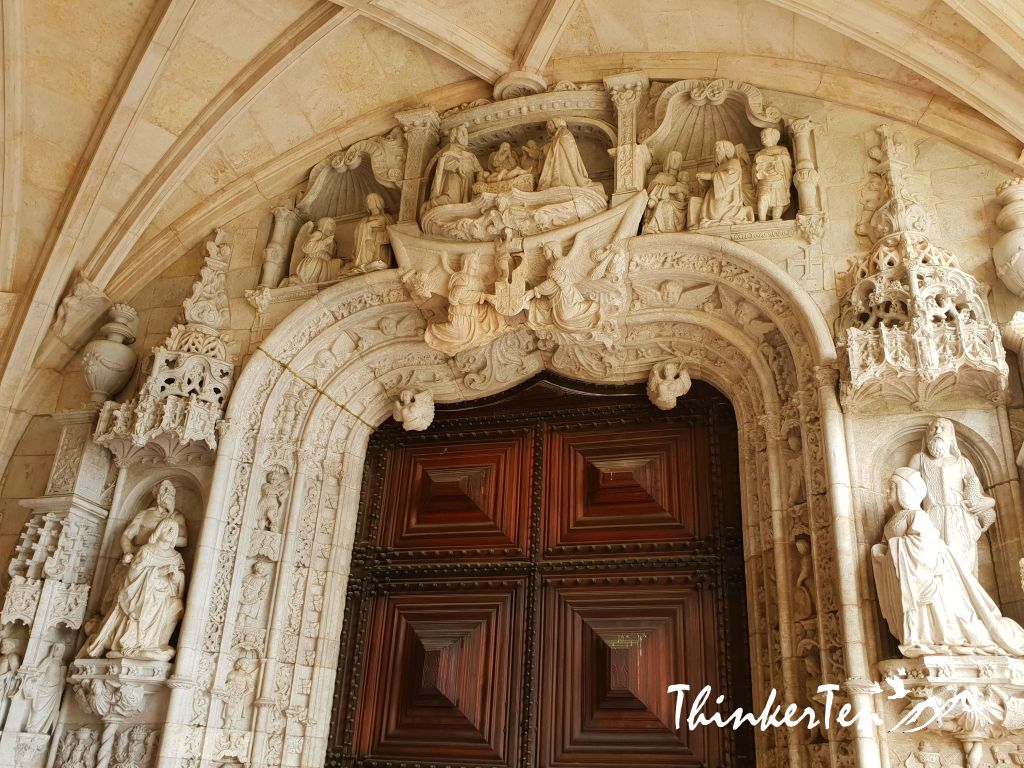 It seems Lisbon has plenty of tuk-tuks which can be associated with Thailand. Many of tuk-tuk can be seen line-up near Jeronimos Monastery. Tuk-tuks are not cheap at all in Lisbon, it cost about 70 Euros for 90 mins with fun and knowledgeable driver-guide, with 5-6 seats. However, I do think it is easier to speed through the narrow lanes of Lisbon city.

How to get Jeronimos Monastery? 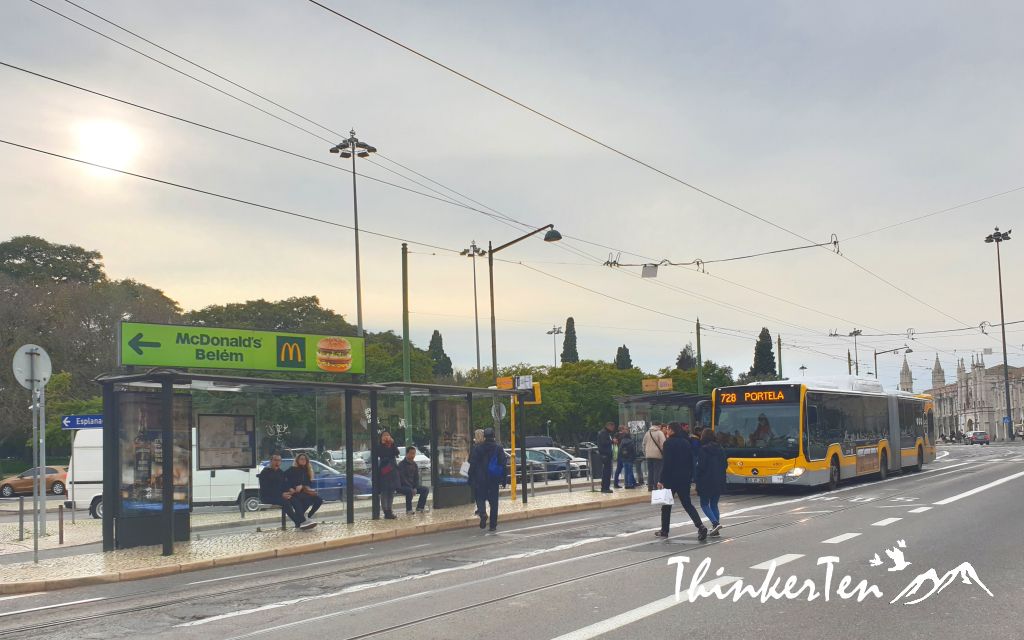 Jeronimos Monastery has a beautiful facade which has unique Manueline Architecture Style, spend some time to look at the little ornaments and try spotting the features from the sea. 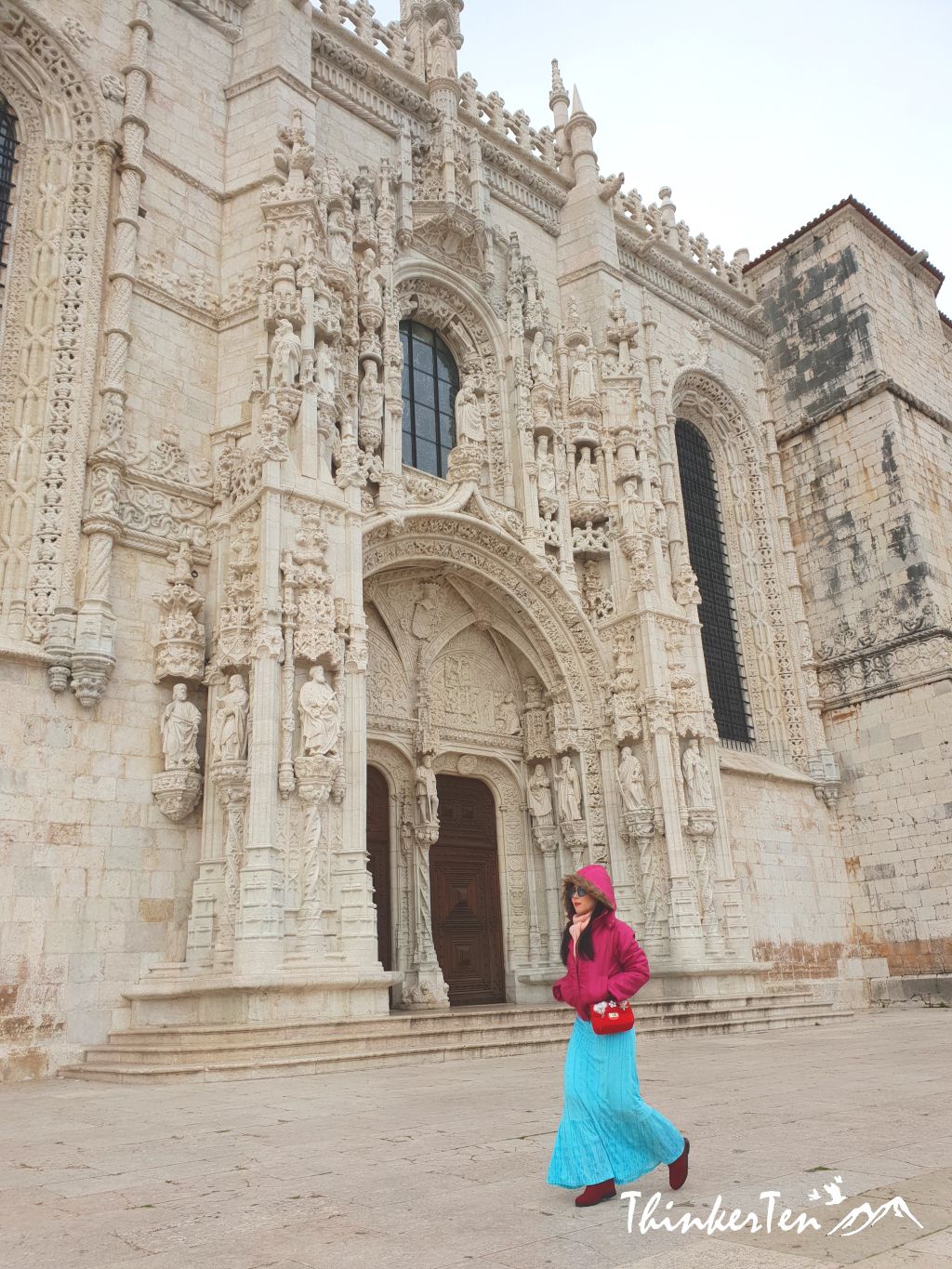 Where to stay in Macau – Grand Emperor Palace Hotel Review

Beautiful! Will have to visit the first chance I get 😉

Thanks for your kind comment. Jeronimos Monastery is one of the highlight in Lisbon Portugal.

What great insights to a beautiful beautiful place. I’ll have to add this to the list!

Wow. No wonder it took a century to build! It is so majestic. The intricate details of the facade and the interiors are so awe-inspiring. I can’t even imagine all the hard work the artists, architects and engineers have put in to build this beautiful monastery!

It is a stunning place to visit, isn’t it. We fell in love with Lisbon last year

The grandeur and wonder of this monastery I understand because it makes it among the most visited in the country. It’s wonderful!

I remember visiting this monastery years ago when I was in Lisbon. It’s really incredible inside, and a must see when traveling to the city.

Glad to learn that you have been to this monastery, I am sure you have plenty of fond memories.

what a great piece of history thank you for sharing, Just a beautiful building work love your photos my dear

This monastery is so beautiful! I visited it as well when I traveled to Lisbon myself. It had a huge impression on me

Glad you have visited Jeronimos Monastery when you are in Portugal, truely beautiful with the Manueline architecture style.

Such an incredible place! I hope to visit Lisbon in my lifetime. Thank you for this amazing recap!

The monastery is absolutely stunning. It looks so interesting and full of history.

This is one of the iconic landmark in Belem Neighborhood of Lisbon.

looks like a really great place to visit! this will surely be added on my bucket list. thank you for sharing

it looks very interesting. if youre into this kind of thing it’d be a great place to visit

The architecture is simply breath taking! I’m definitely adding this destination to my must see list!

We’re planning a trip to Portugal and definitely have to make a visit here!

Nearby there are other attractions in Belem district of Lisbon, such as Belem Tower and the Monument to the Discoveries, just right opposite of Jeronimos Monastery. And don’t forget to try out the best pastries in town in Pastéis de Belém (just 5 mins walk from the Monastery).

I think Portugal is definitely something everyone has to see once in their life. Such a beautiful place.

Haha, I agree. It is pretty afforadable compare to other European countries.