I love bridges and seen many of them when I travel to different countries, such as the San Francisco Golden Gate Bridge, Bixby Bridge (California, USA), Shimanami Kaido Bridges (Shikoku Japan), Lisbon imitation Golden Gate called Ponte 25 de Abril and many more.  Bridge connecting places and people and I love looking at the bridges when I travel around the world.  You will find some very unique architecture and very beautiful creation.

During my Spain-Portugal tour, I was lucky enough to experience the longest bridge in Europe called The Vasco da Gama Bridge. In case you like to know who is Vaco da Gama, he is the greatest Portuguese explorer and the first European to reach India by sea. You get to see his name appeared in many places in Portugal. Portuguese are very proud of their sea power and sea culture so they named the longest bridge in Europe as Vasco da Gama Bridge.

The Vasco da Gama Bridge is located in Lisbon, capital of Portugal. It is the longest bridge in Europe with a total length of 17.2 km. We spent about 15 mins to drive across this bridge which is seemingly endless.  It is quite an impressive sight how it spans the river.

The bridge has 6 lanes in total, and toll fees are collected through a toll plaza in the south bank of the Tagus at Euro 2.70 per car. 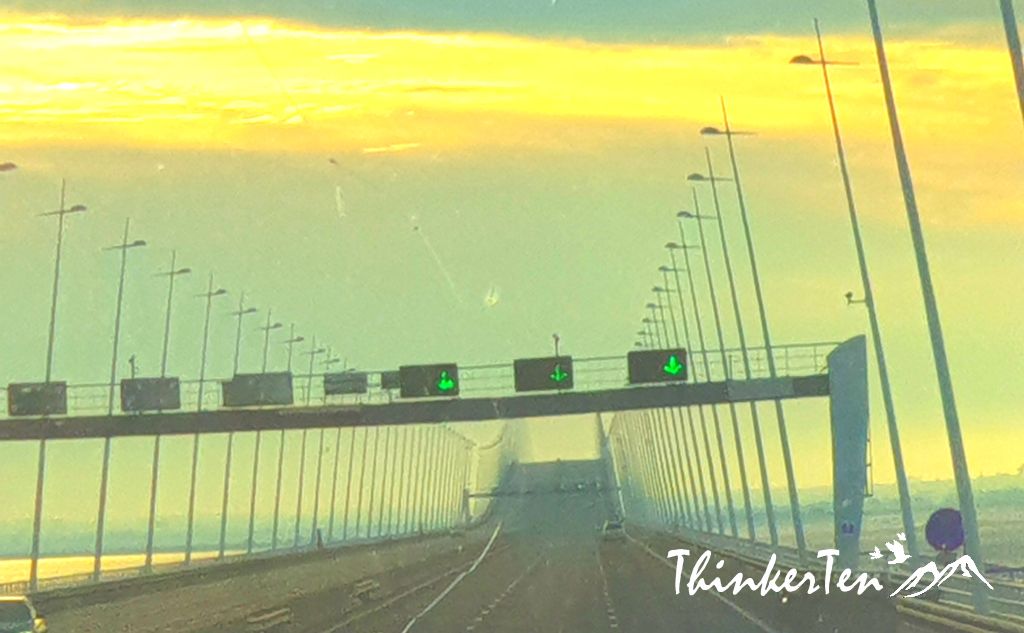 The view on both sides of the river was cool. 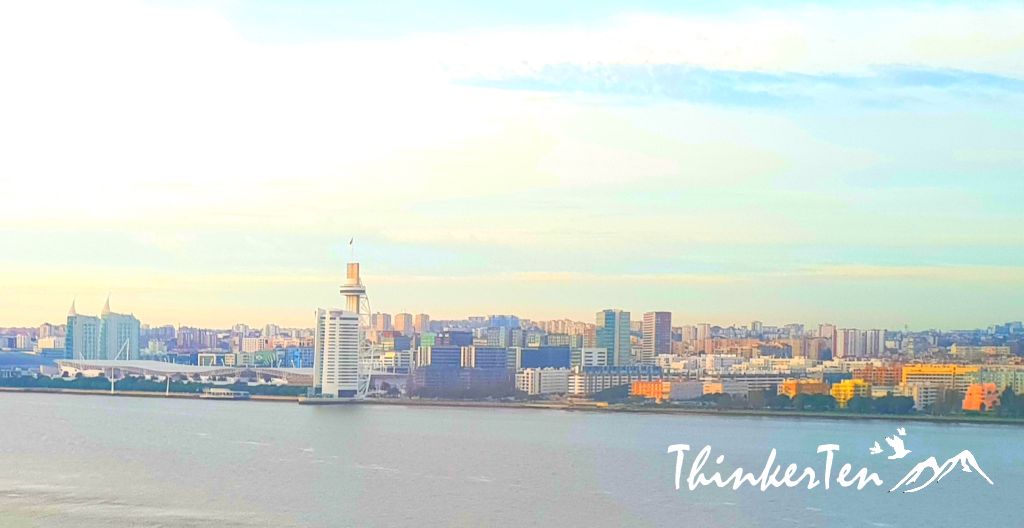 Vasco da Gama Bridge was built (1998) because Ponte 25 de Abril Bridge (the imitation of Golden Gate Bridge) was unable to handle the volumes of commuters and too much traffic jam. It only took 18 months to complete, can you believe that?

Tagus River is the longest river in the Iberian Peninsula, it flows from Spain and Portugal. If you travel to these two countries, you will hear of Tagus River often. 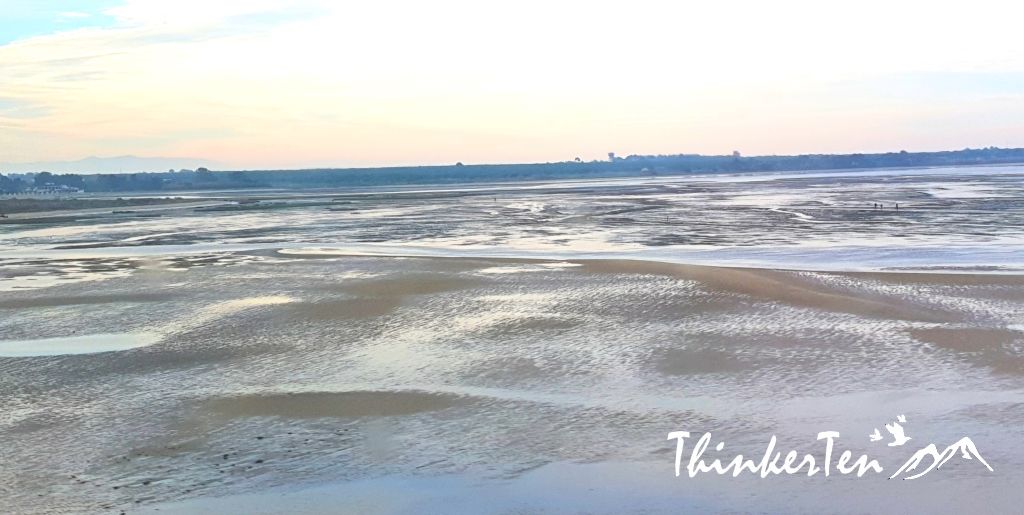 Glad to experience the Vasco da Gama Bridge, the longest bridge in Europe since I am a fan of bridges. It is impressive and very entertaining when the drive is at the top of the bridge, middle of the span.

Oh wow, how pretty! Bridges scare me a little bit but they also fascinate me. Weird, I know.

Bridges always fascinate me and I love looking at them and walking or passing the bridges with cars.

What a cool bridge. I get a little nervous on them, but I like to photograph bridges from a safe distance 😉

I just realized from the comments from readers that there are actually a lot of people out there get nervous on bridges even bridges for motor vehicles.

That bridge is so long OMG! But it must be amazing driving on it with such a stunning view!

That had to be an incredible drive! I typically get anxious right before a long bridge but the views are always worth it.

I never knew that people are afraid of motor vehicle bridges. Vasco da Gama is the longest but also quite safe and I heard it is also earthquake prone.

That is so cool you got to visit the longest bridge in Europe. I’ve actually never heard of it, need to visit!

I love bridges and whenever I travel, I make sure I pay attention to the bridges in the specific countries. Through the architecture of the bridges, you learn about the background of the country too. Why it was built and who built it and etc.

I’ve never had the chance to see and enjoy going on bridges so large and long, but I find them fascinating!

I have passing through many small and big bridges and Vasco da Gama Bridge in Lisbon is the longest that I have ever passed by so far.

I went to Spain and Portugal last year but never got the chance to cross the bridge. This must have been so thrilling. Would love to cross it one day.

Yet another great reason for me to visit Portugal as soon as possible. I have heard of the Tagus River but I never heard about the longest bridge in Europe. How interesting this is for me.

Tagus River is an important river in the Iberian Peninsular and also the longest river in this region. It flows through Spain and Portugal.

That is pretty pretty long bridge you have there. It must be super nice to have a drive windows down. The views looks great as well.

I agree it would be super nice to have a drive with windows down or best still with a cool convertible.

I’d love to see this longest bridge. If in future, I make plan to go Spain or Portugal, I’ll definitely go to see it.

Dear Sarah,
If you visit Lisbon in Portugal, there are two important bridges, one is the imitation of Golden Gate Bridge, just like the one in San Francisco and the other one is Vasco da Gama Bridge (this one here, also the longest in Europe).

Looks like a great point of interest! Bridges are awesome: it takes a lot to construct it

Thanks for your comment. Vasca da Gama Bridge took only 18 months to complete. Pretty fast right!

Yes, Vasco Da Gama had been part of Indian history books 🙂 I love bridges too. Wish to visit this bridge sooner or later.

Yes, he is the first explorer from European country, Portugal to reach India by sea. I am not surprised that Vasco da Gama is written in Indian history books. 🙂

I had no idea Lisbon had the longest bridge in Europe. Portugal is such a pretty country and the weather is smazing!

That is such an amazing structure! I have been on some very long bridges before.

So I have mild panic attacks every time I have to drive over a bridge. My ex who was a firefighter started to freak me out about it. I would love to walk over this bridge though if you’re allowed. I definitely prefer to walk and take in the scenery.

We are going to Lisbon in September so I will make sure I visit this beautiful bridge.

Wow! that’s an impressive bridge! I’d love to go on vacation and check it out some day, I’ve been manning to go back to Europe ; )

I knew who was Vasco de Gama but I didn’t know about this amazing bridge. Thank so much for sharing! I have some favorite bridges including Brooklyn Bridge, Coronado, Golden Gate and whatever bridge in Paris!