Gold Coast Queensland is about beaches at Surfer Paradise and theme parks, there are a few popular theme parks and Movie World is one of them. You may like to visit Sea World and Dreamworld if you are really into theme parks. We spent half a day at Warner Bros. Movie World on the second day we arrived in the Gold Coast. Luckily the weather is good, plenty of sunshine and no rain. It was in winter, early June but the weather was still very comfortable.

Where is Warners Bros. Movie World?

Warners Bros. Movie World is located in Oxenford, that is about half an hour drive from Surfers Paradise Gold Coast (Where we stayed). We arrived at around 10 am and the crowd was not too bad at all even though it was a Sunday.  The car park is free of charge. 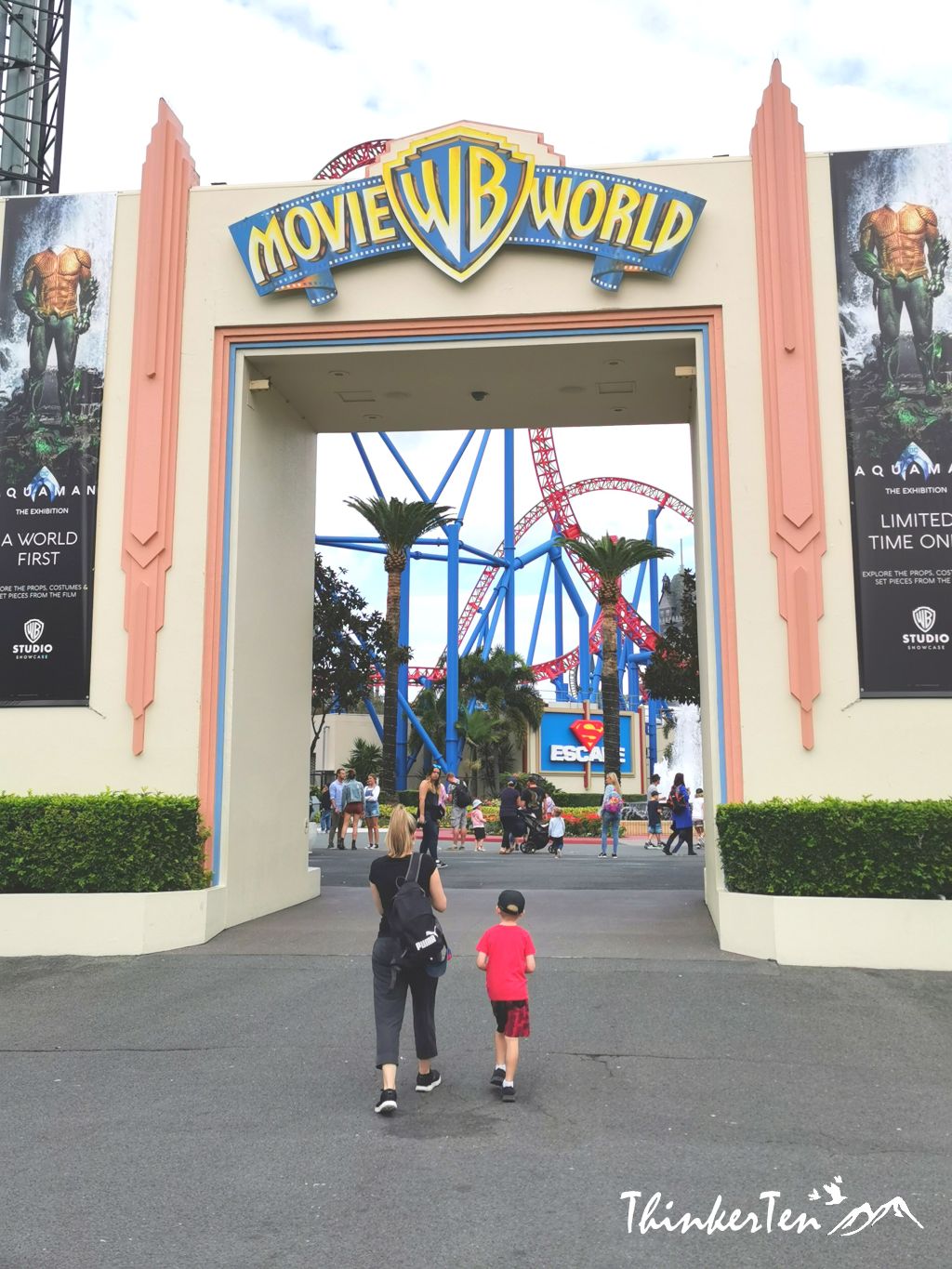 We have our tickets book online from Klook to enjoy the discounts (20%) so you may want to pre-book online too.  Do remember to print out the voucher as many of the places in Australia still prefer paper vouchers. 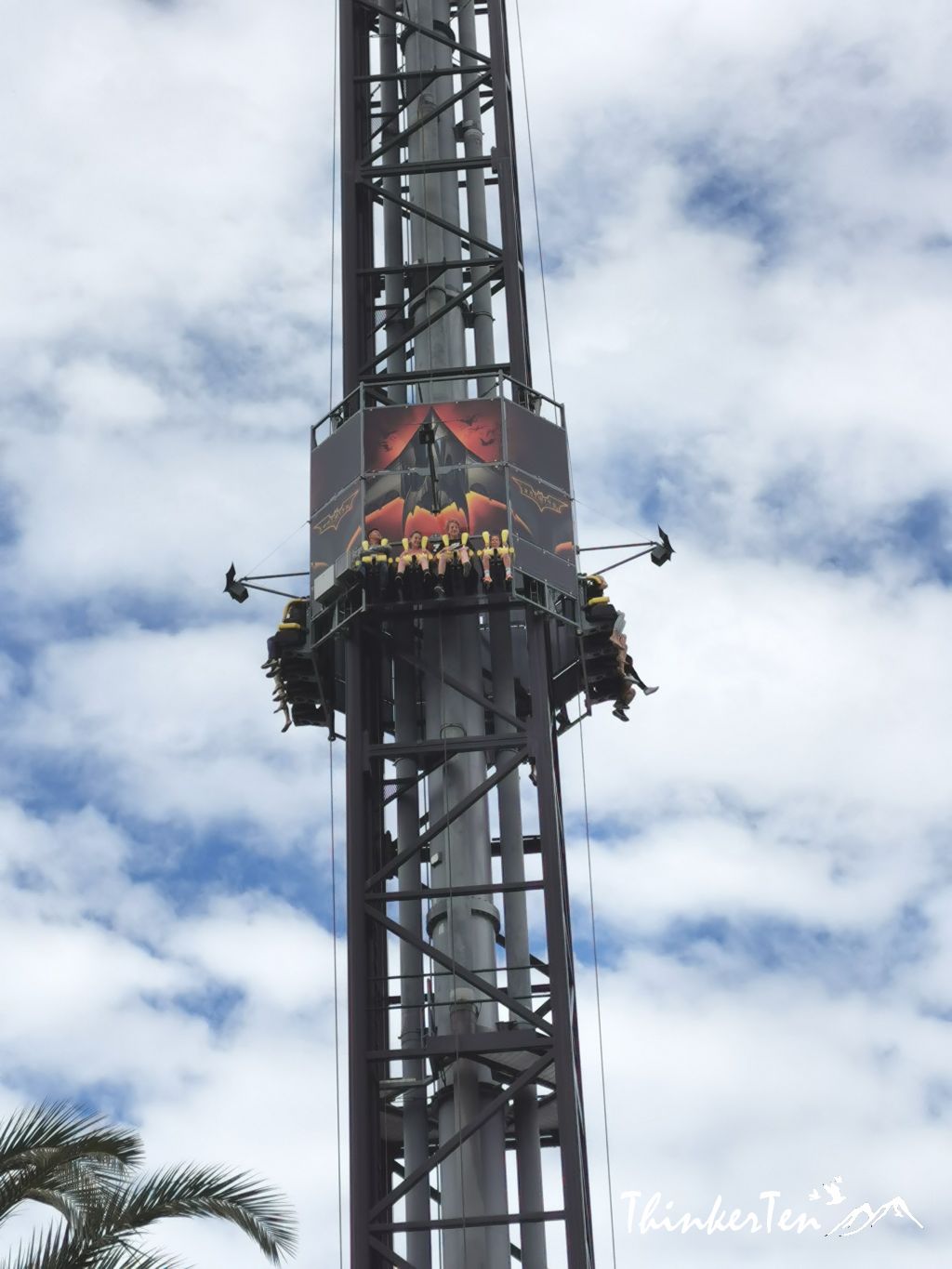 This is the second time I visited Warner Bros. Movie World Gold Coast, the first time I was here, it was in the mid 90’s that is when the theme park just opened and it was new.  The theme park was first opened in June 1991, over more than 20 years now so you can see this is kind of old. Back in the 90’s Warner Bros. Movie World and other theme parks in Gold Coast were so popular and flooded with tourists from Asia. But now we have Universal Studio Osaka, Universal Studio Singapore, Disneyland Hong Kong, Disneyland Shanghai so you don’t see so many tourists from Asia now. 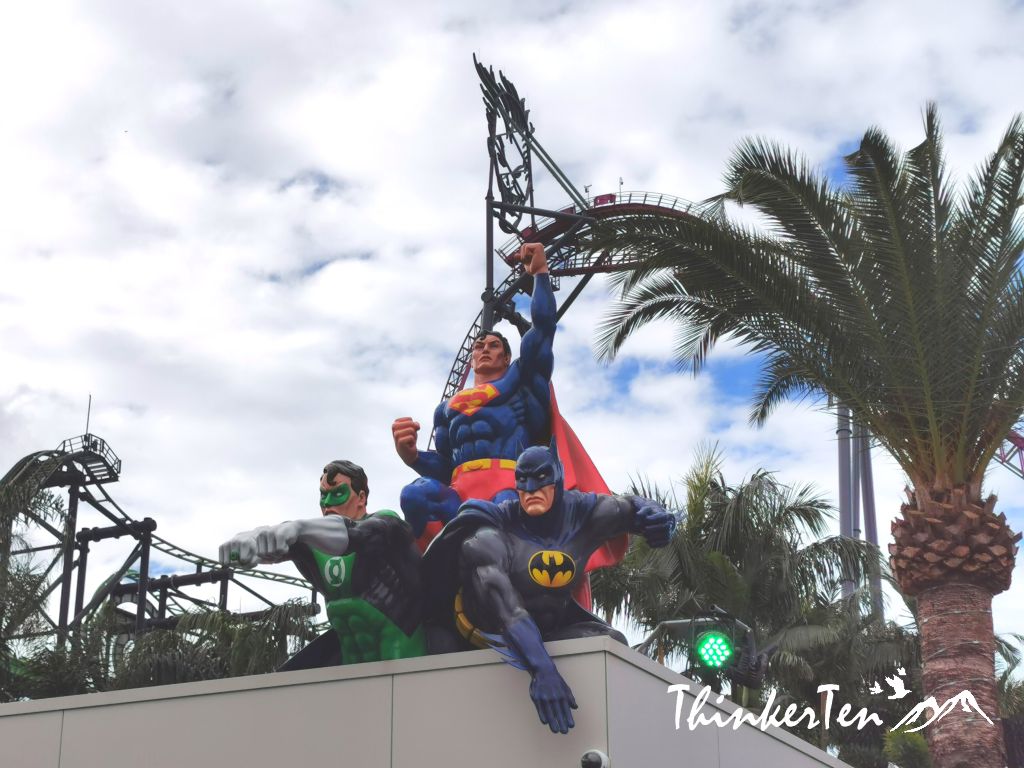 I guess this is the place to meet your favorite stars and super-heroes. 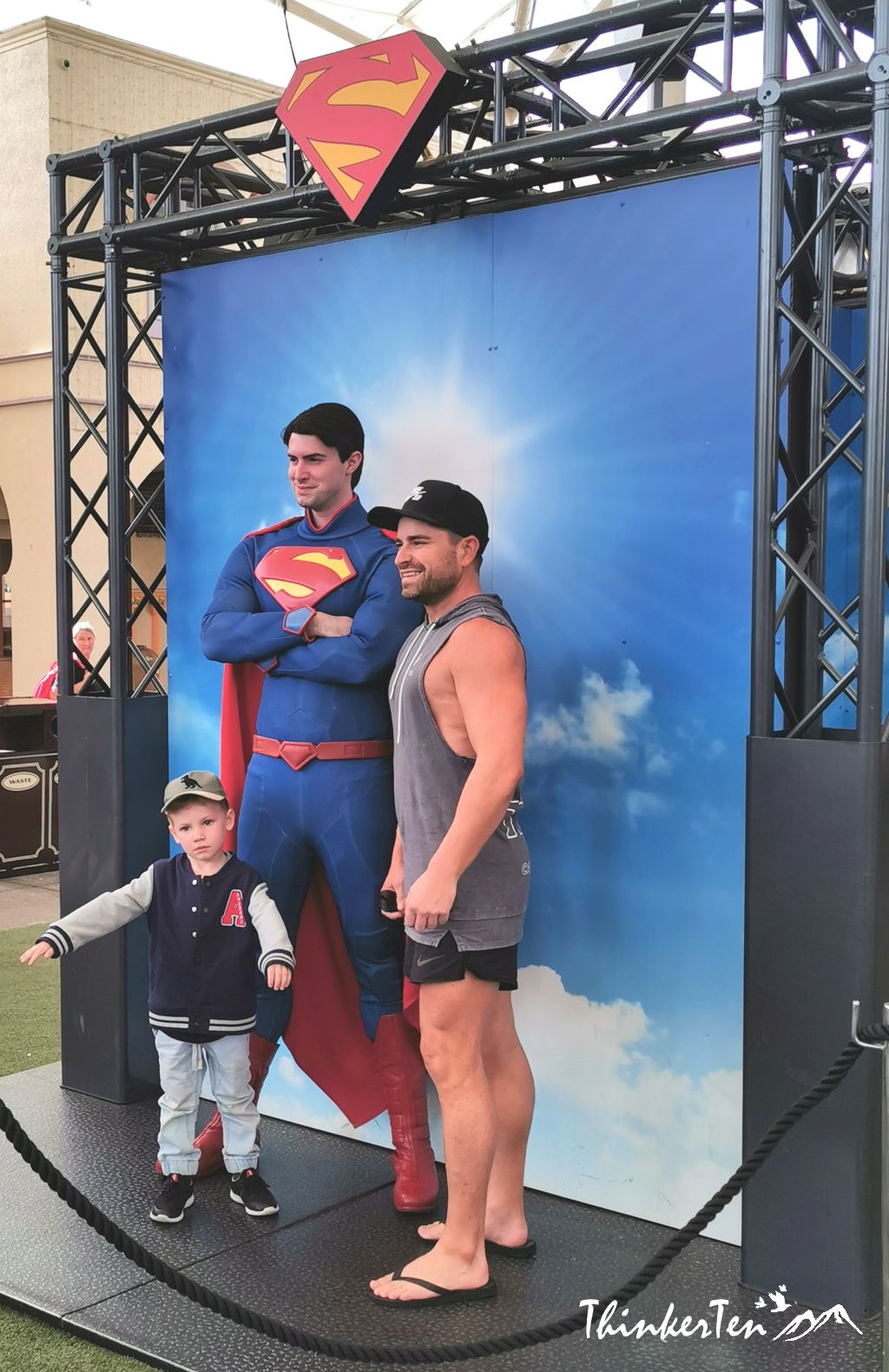 The cat woman is kind of shy and only appeared in the back of the alley and hardly came out to the main street. 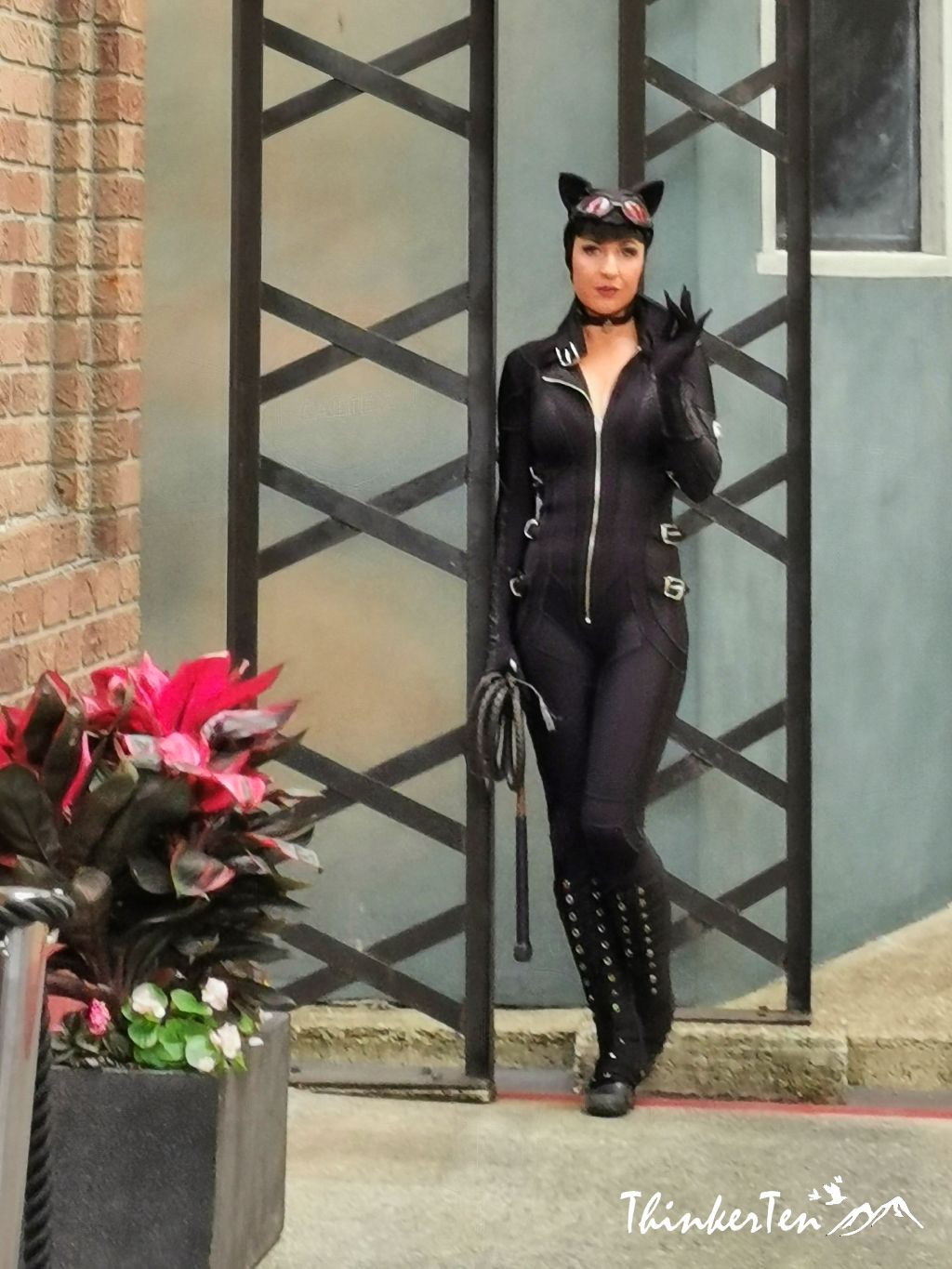 Some entertainment from Marilyn Monroe, she sings and dances and yes she is certainly a hot pie. 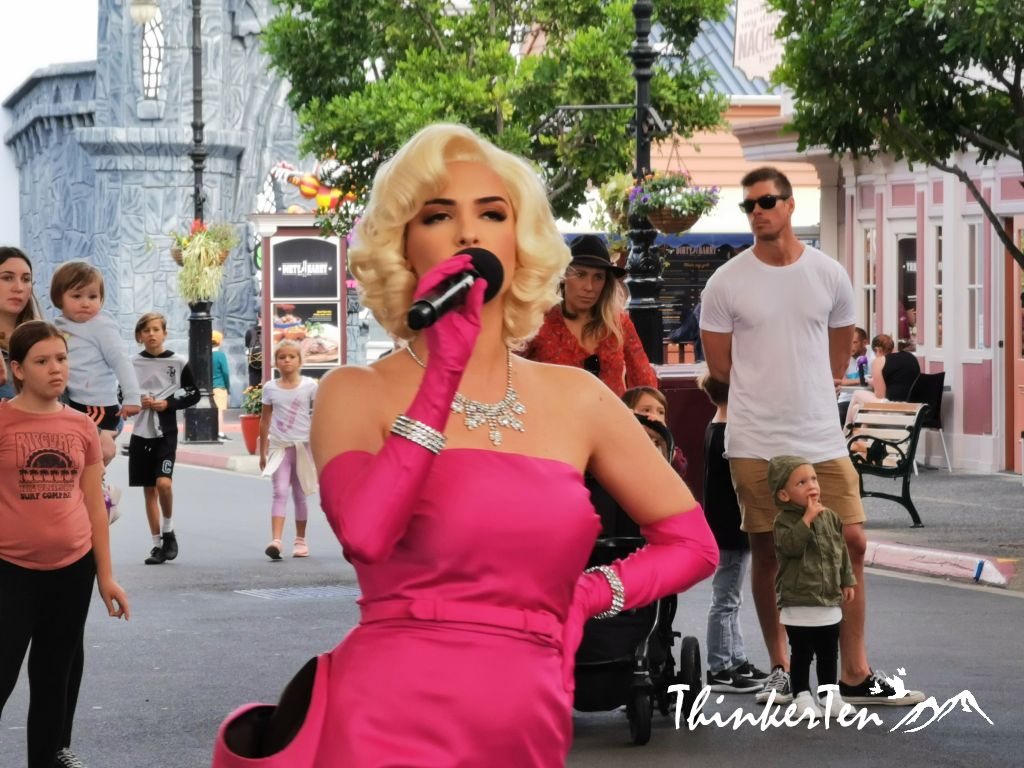 I think this is one of the highlights in Movie World. It gives you an exclusive behind the scenes and watches the stunt cars performed in front of you live.  The show includes cars racing, some gunshot and explosions of fire.  Oh yes, beware of the burnout created from the stunt, you may need to wear a mask if you have one.

The Hollywood Stunt show is performed twice daily at 11 am and 1.50pm. This is especially great if you have boys who love cars.  This show certainly gives you an adrenaline-filled experience. 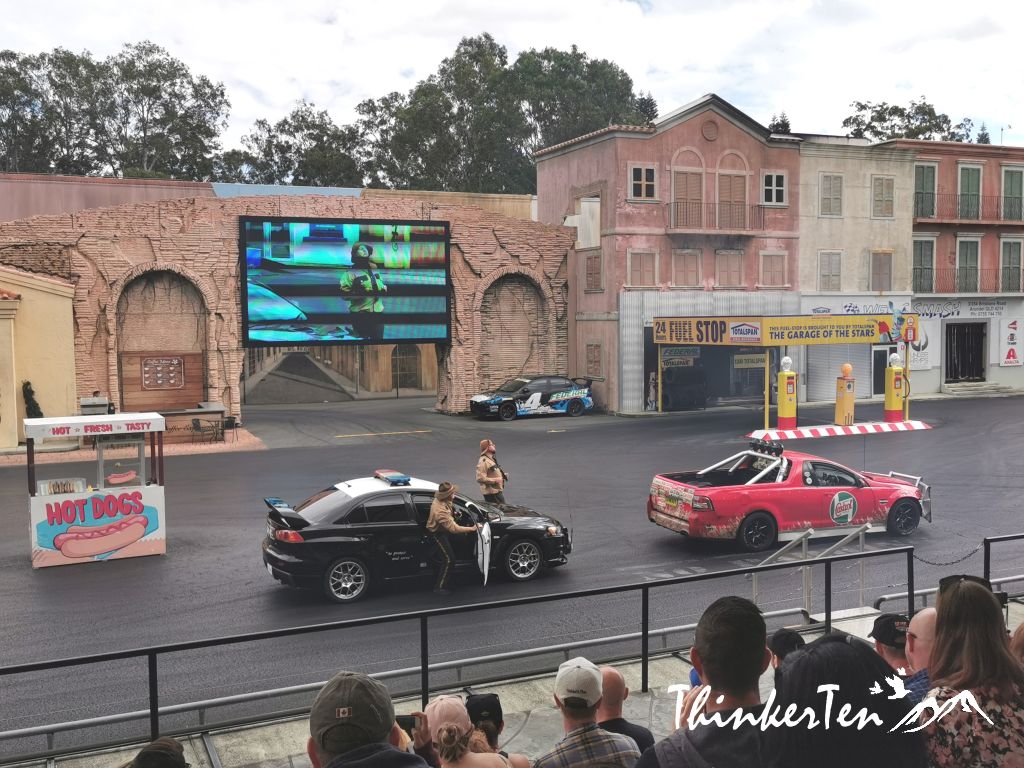 Audiences were being captured in the big screen. 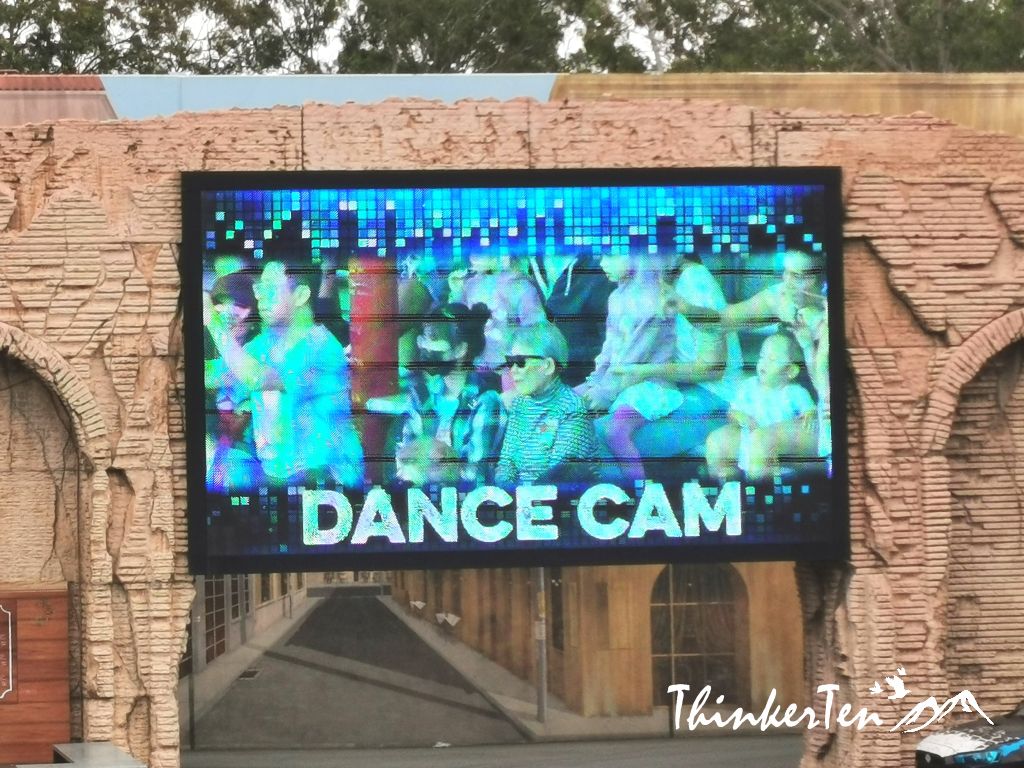 The park is not very big, to be honest, I would say the size is similar to our Singapore Universal Studio.  Many of the rides are not operating during our visit, not sure why.  Probably due to winter.  I guess the park was built over 20 years ago, that’s why I feel it is not very up to date, it is time to revamp and catch up with other theme parks in Asia. 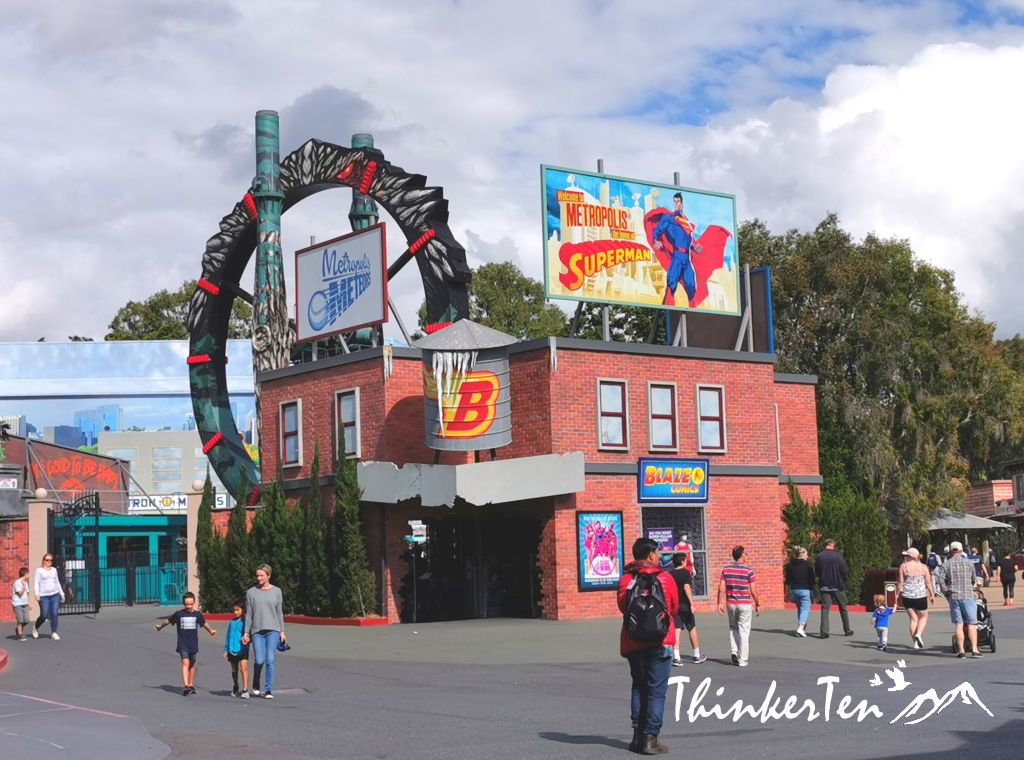 You need to come here loaded with cash as many of the games are not free. 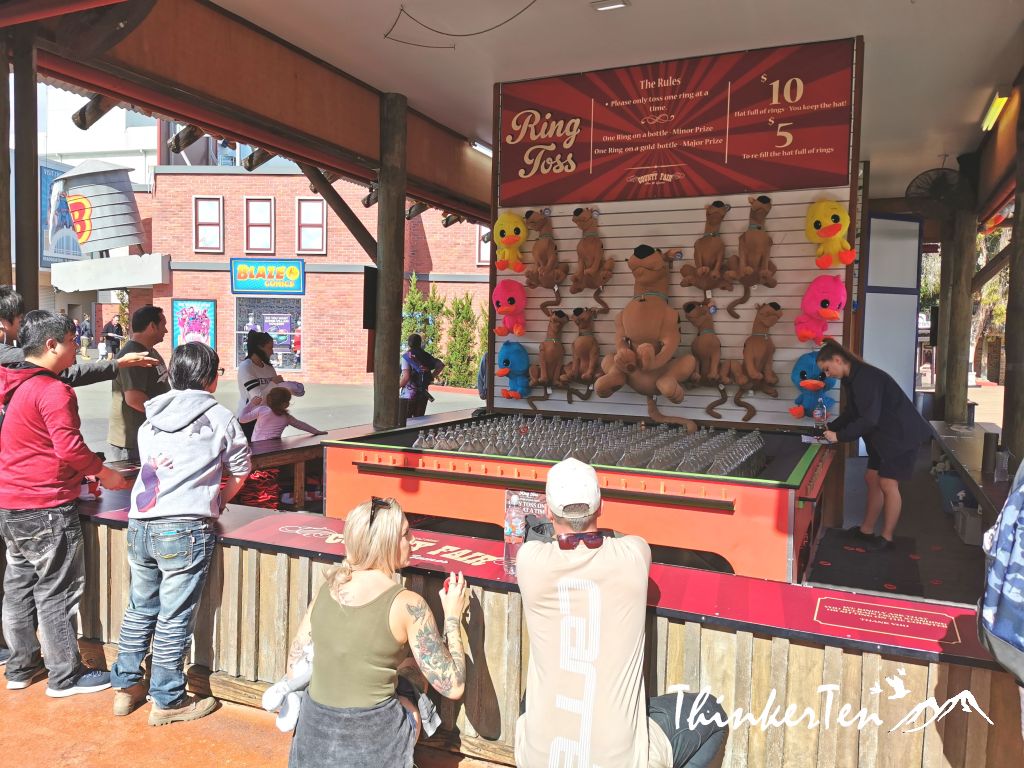 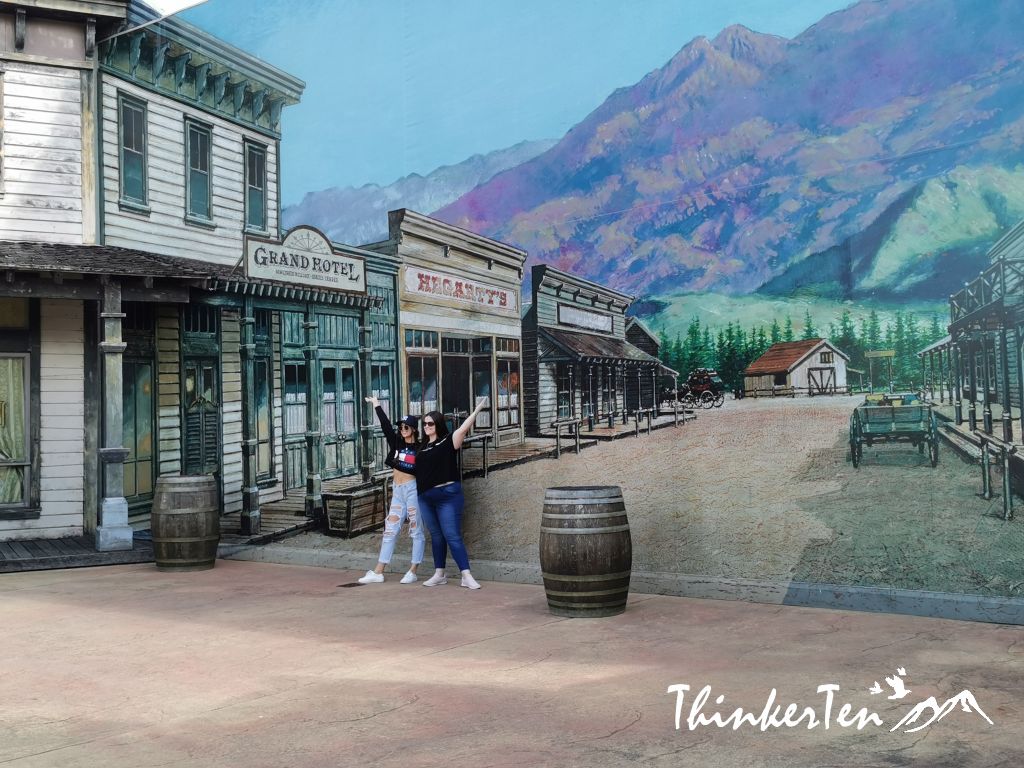 Exhibition of the Aquaman

This exhibition is only here till 21 July 2019, it displays the set pieces, costumes, weapons, and elaborate props from the studio set film. 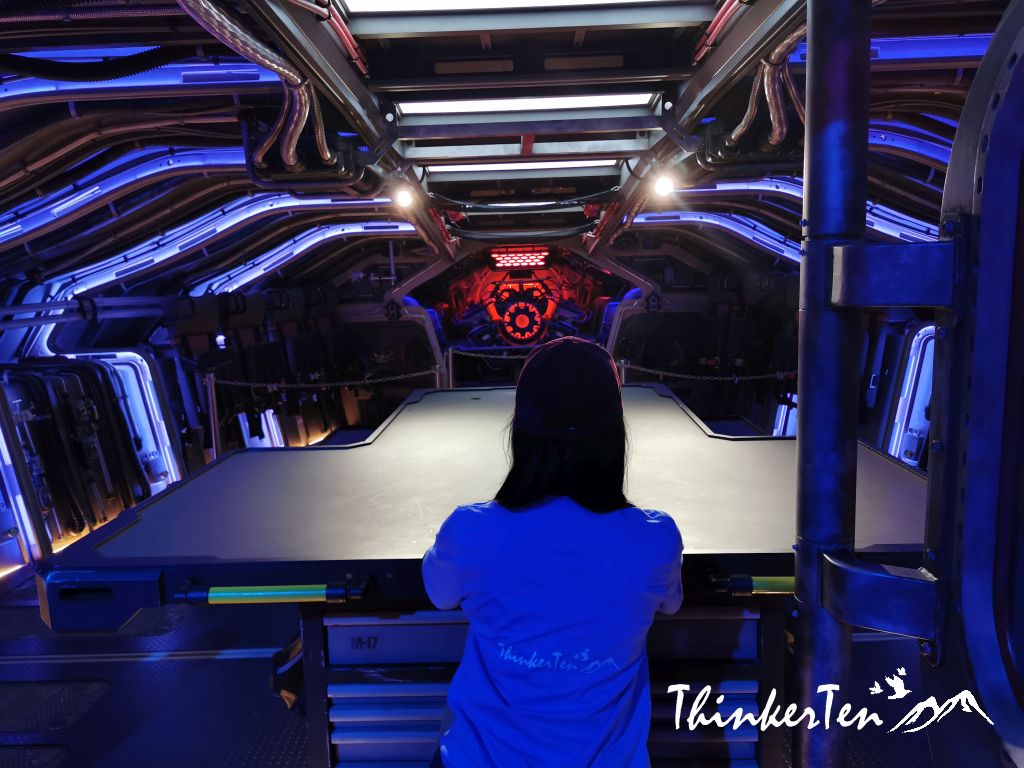 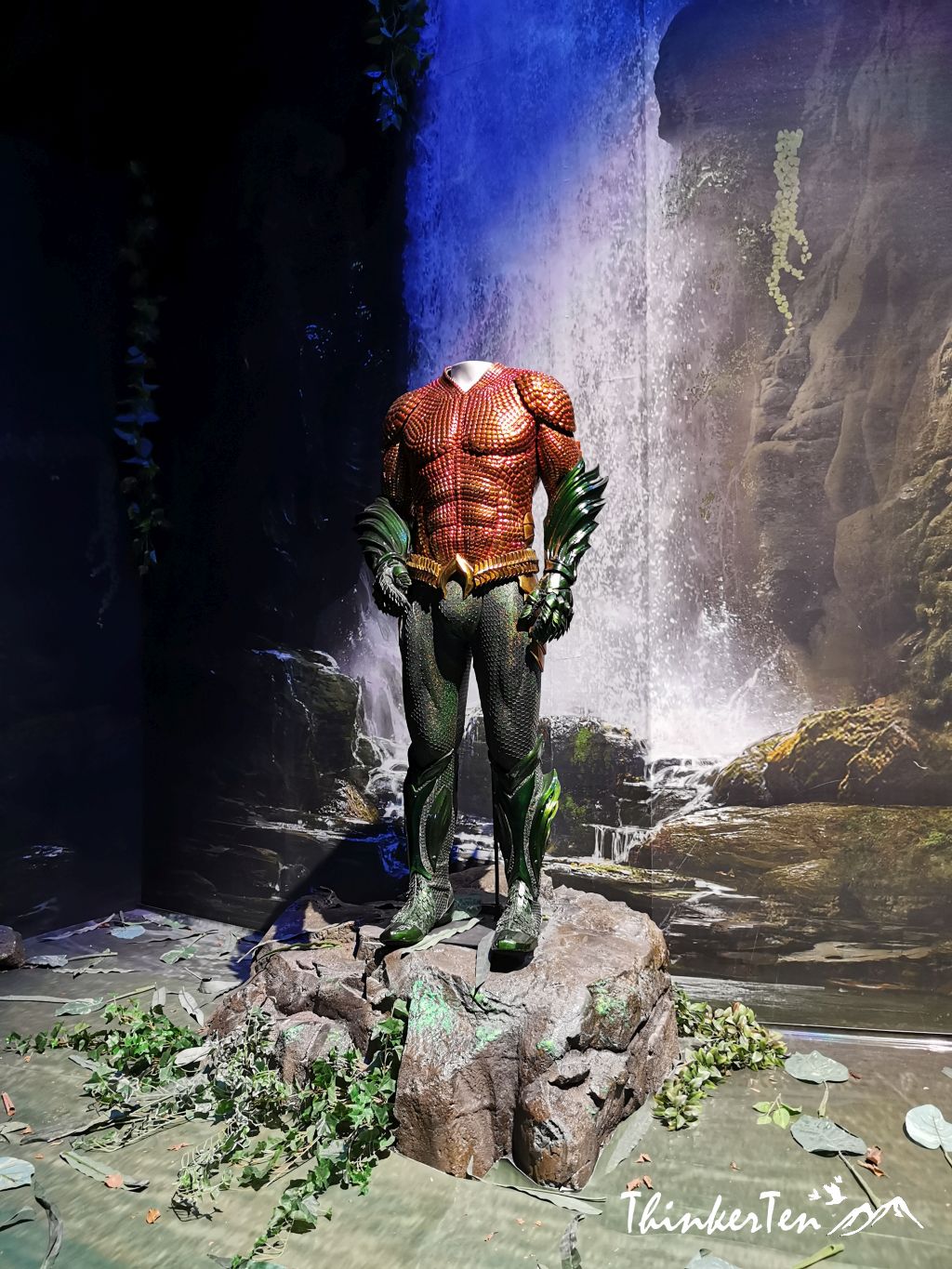 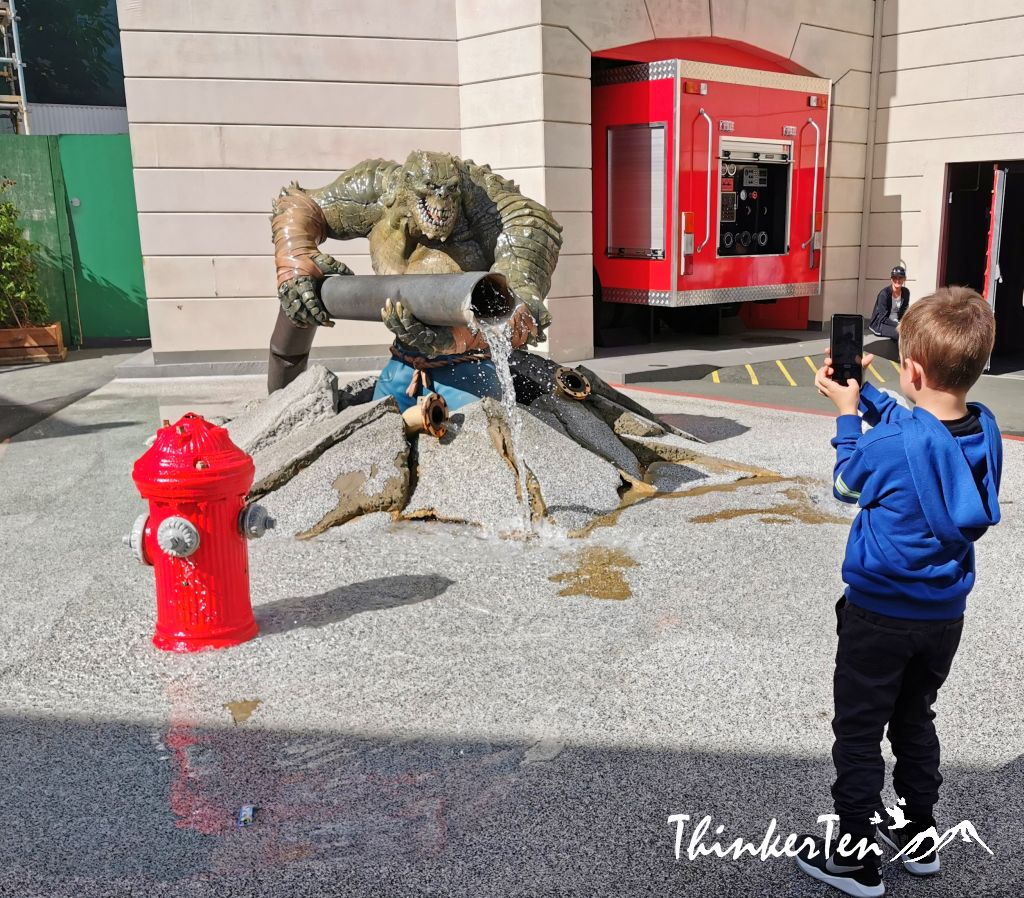 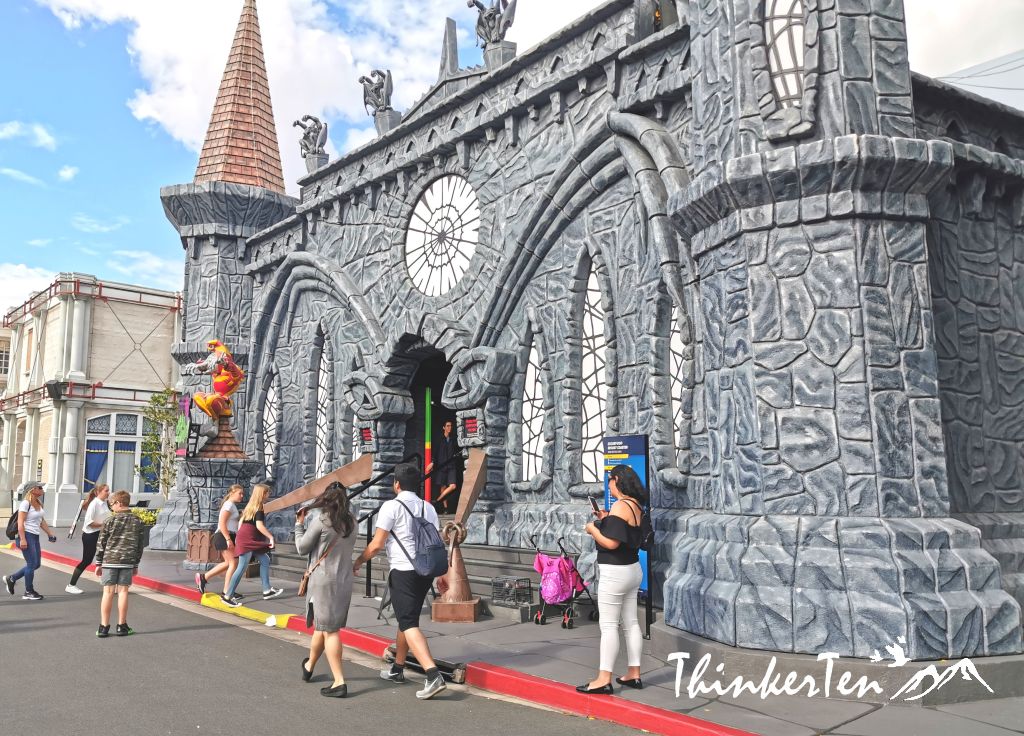 Food in the Movie World is a little pricey as expected. So I suggest you bring in your own food as it is allowed to bring in your own food and drinks.  We bought some shrimps, roasted chicken, Korean salted seaweed, olive, fruits, ABC chili sauce, salads and soft drinks from the local supermarket before we enter the theme park.  The downside is it is quite heavy to carry them so we had an early lunch and kept them in our stomach instead of carrying them. 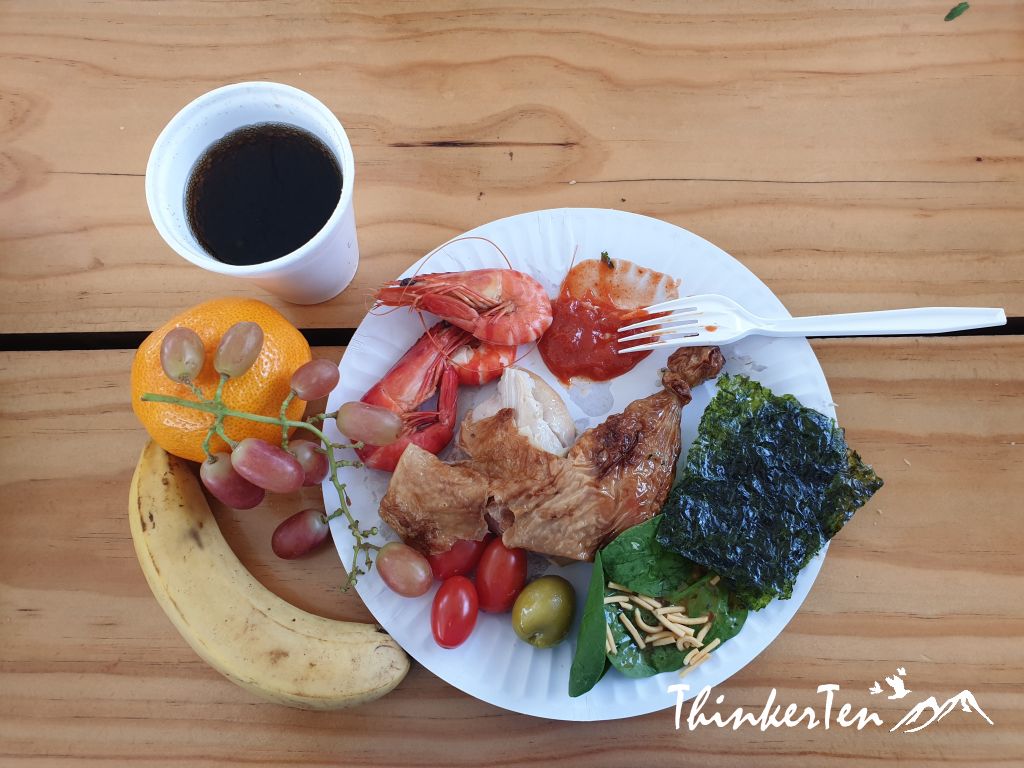 Plenty of seats and tables available to have our picnic. 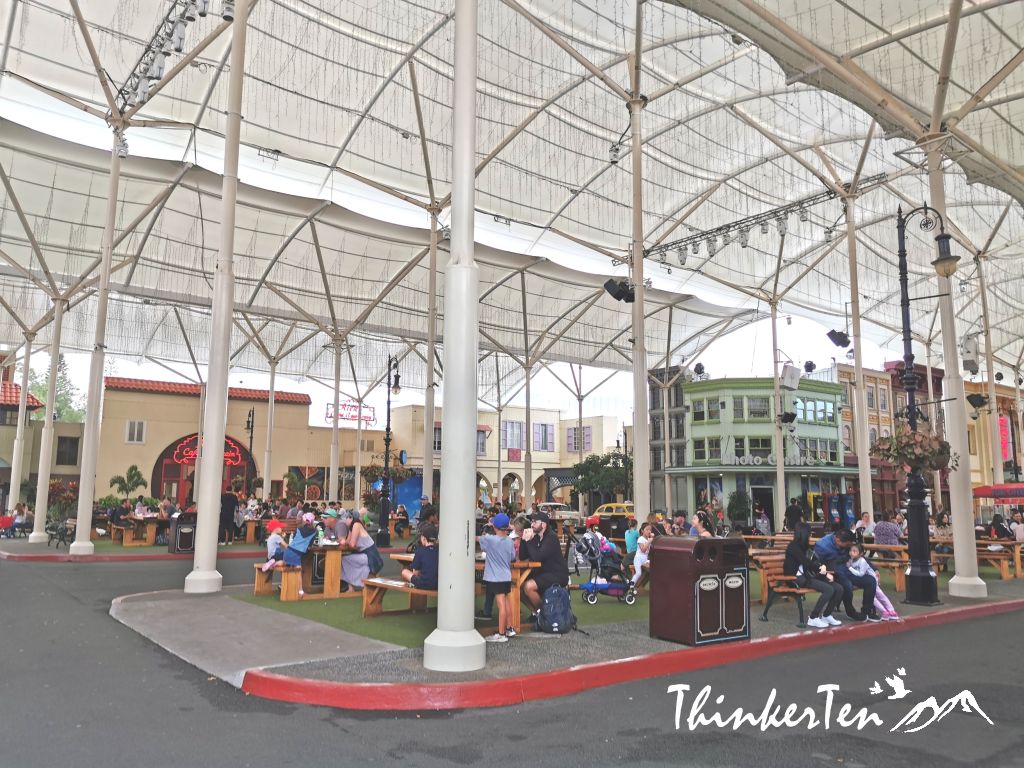 The best thing is you can watch the entertainment show and have your lunch at the main driveway. 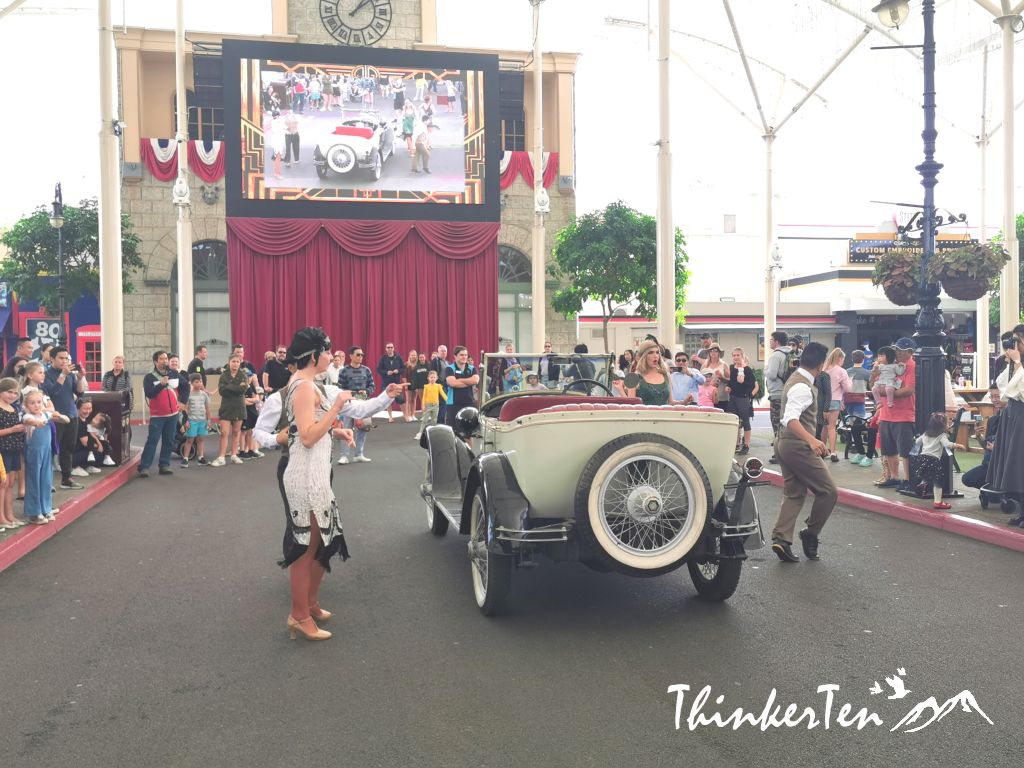 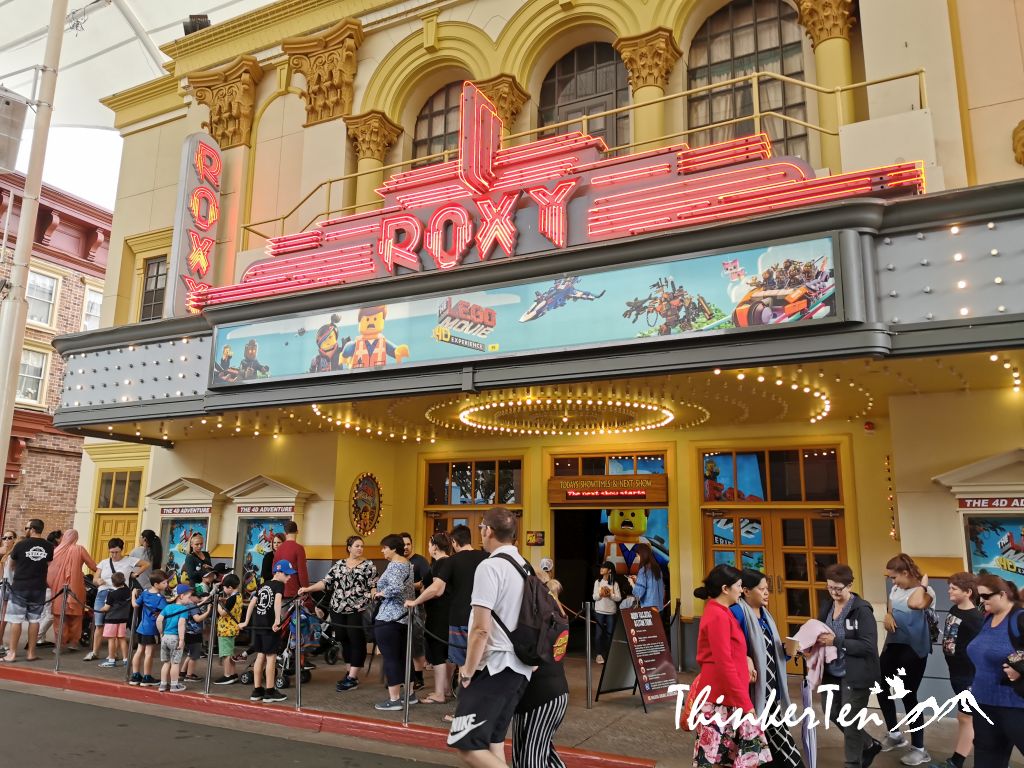 Unfortunately, the water ride is closed during our visit, probably due to winter. Expect steep drop and your body will get wet too. I have seen a similar one in San Diego Sea world. 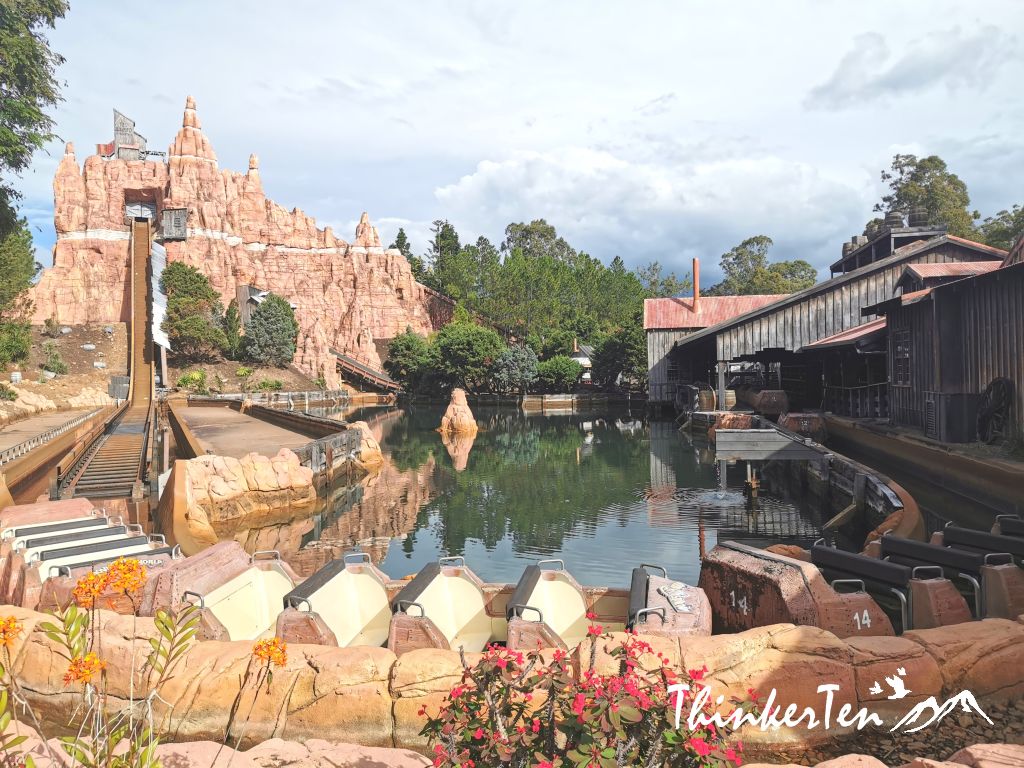 There are some thrill rides and the queue was not too long, probably due to winter.  Most rides do not allow spectacles so you have to give them to the staff and when you finish the ride, you need to find the staff and get your spectacles back which I find is non-efficient.  Because we have trouble finding the staff who kept our spectacles and also the entrance and exit is not in the same place.  I would suggest they have a safe box to keep personal belongings before entering the rides. 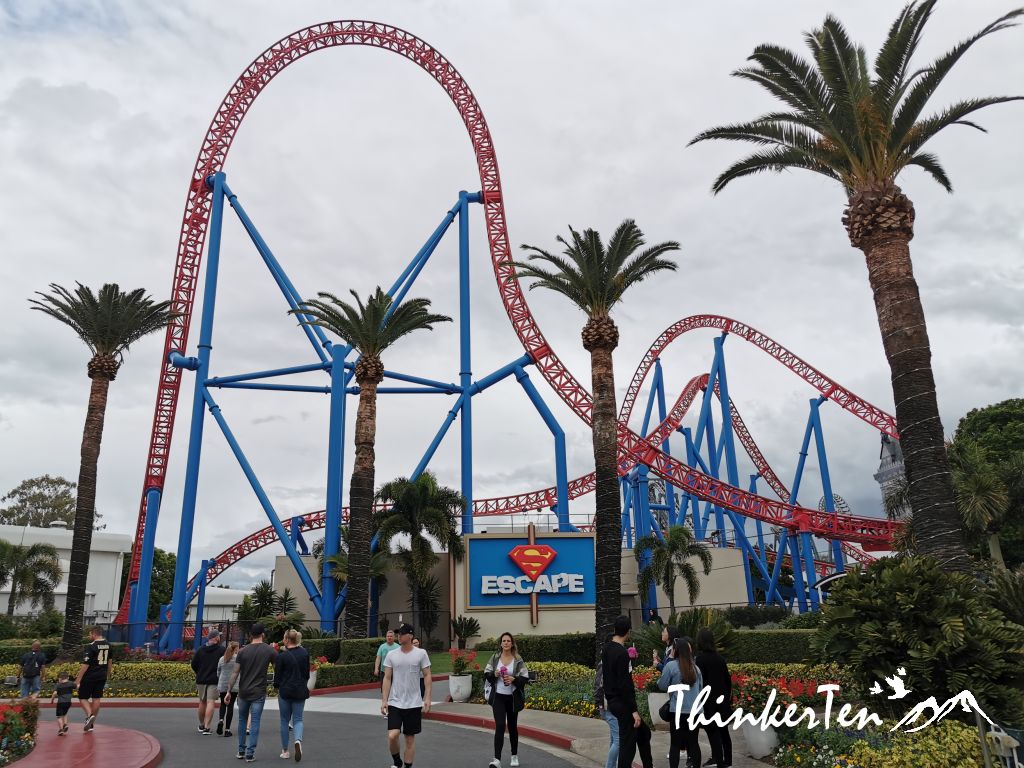 The Superman ride is super fast, thrilled and before you knew it, it ends.  If you are very petite and tiny you may experience a lot of bumps during the ride as the seat is very spacious. 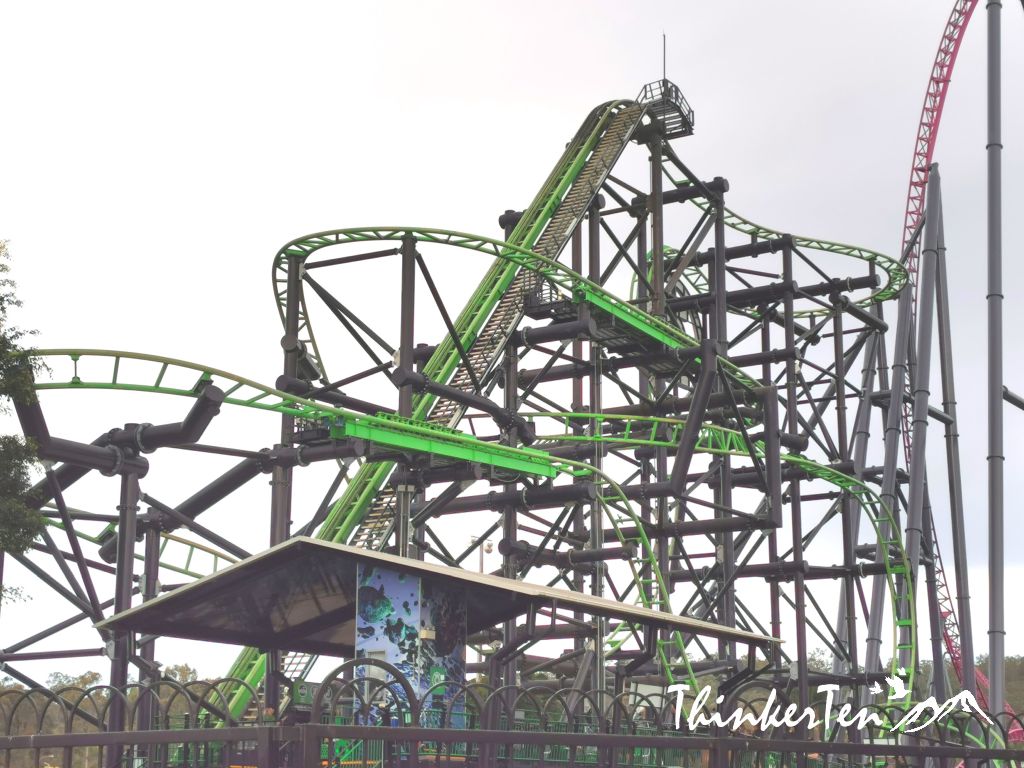 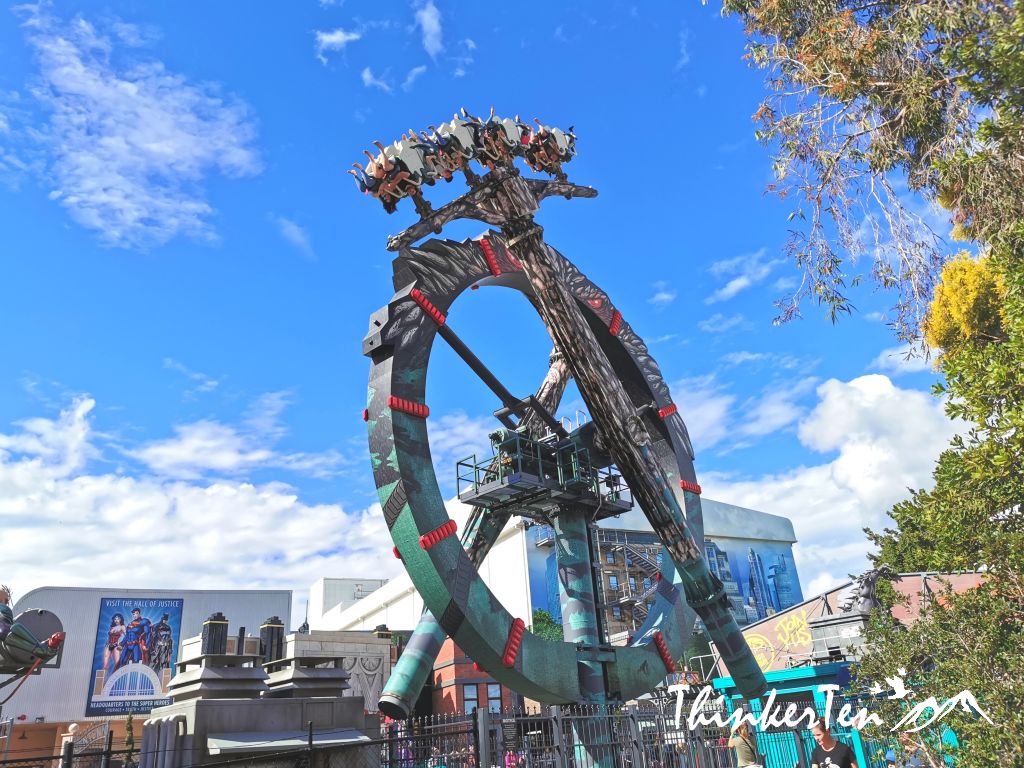 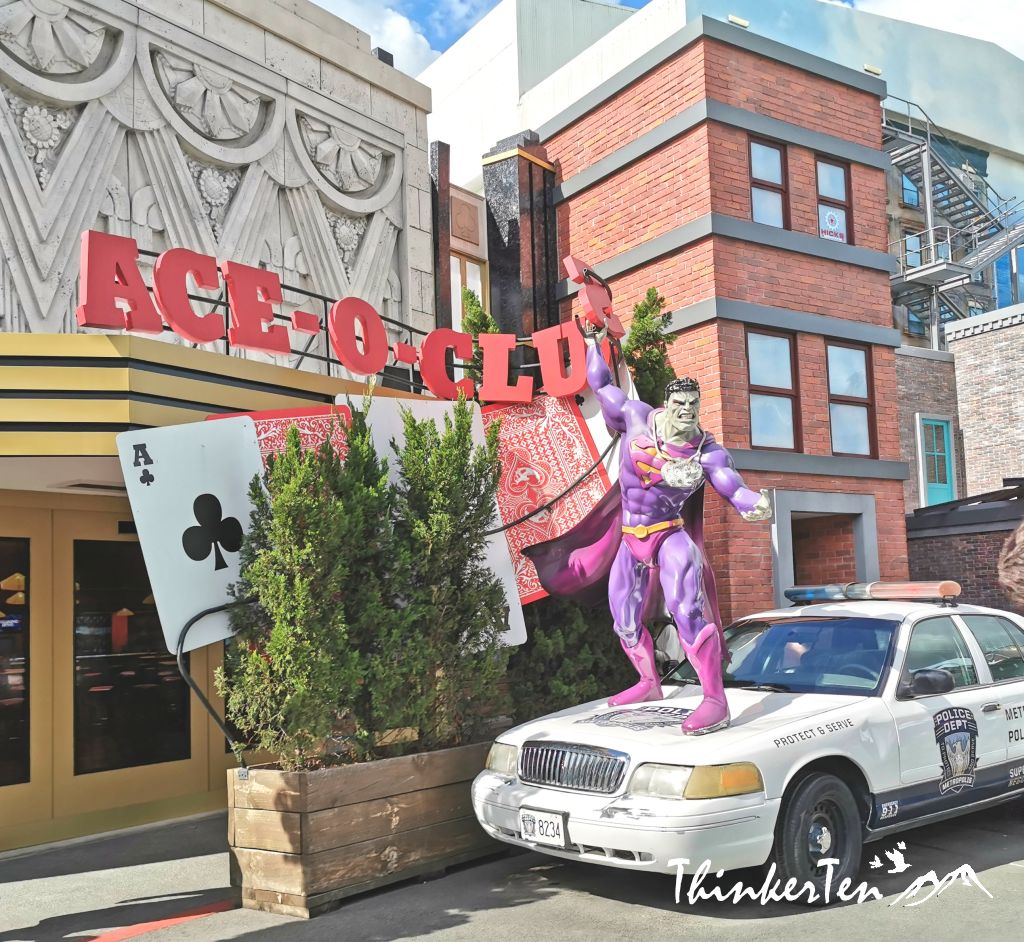 That looks like such a fun place. How did I not know it existed? I have to take the kids!

I haven’t been to a theme park like this in many years. I think my super hero fanatic daughter would like it. I know the theme parks here run a slow schedule in the winter too.

When cinema and entertainment meet! What a place! I didn’t know it! What a desire to go there!

How I wish I can visit this awesome looking Movie World for a nice day out. The activities indeed looks splendid to participate in.

Wow, in one word sums up my feelings when I saw all the photos featured here. What an experience that must have been for the whole family!

Wow! This looks like so much fun! Can’t wait to go here! My son will love this.

This looks amazing! I would love to go there for a trip soon! -Sondra Barker @cuisineandtravel.com

this looks and sounds so cool! i’d love to go here

What a fun place! And loads of great memories!

What a fun theme park. I sure would enjoy to be here.

this has always been on my bucket list, now im more eager to visit this place

It looked like you guys had an amazing time! I would love to go there.

Such a fun and exciting experience for the family! I’d love to visit one day!

Now this is my kind of place to visit, I had no idea this place even existed!!