Cave houses are popular in Granada, Andalucia region – the southern part of Spain. The stable temperature of caves provided a cool habitat in summers and a warm & dry shelter in the winter. There are still people living in cave houses in Granada and the area has the largest cave-dwelling population in Europe!

Little holes carved out of the mountain

In Andalucia, cave houses are man-made and are not natural formation that humans simply moved into. There are many areas which have beautiful little holes of houses carved out of the Andalucian mountainous rocks. Guadix, to the north of Sierra Nevada is one of the famous spots to look at the cave houses, about 50km away from Granada. 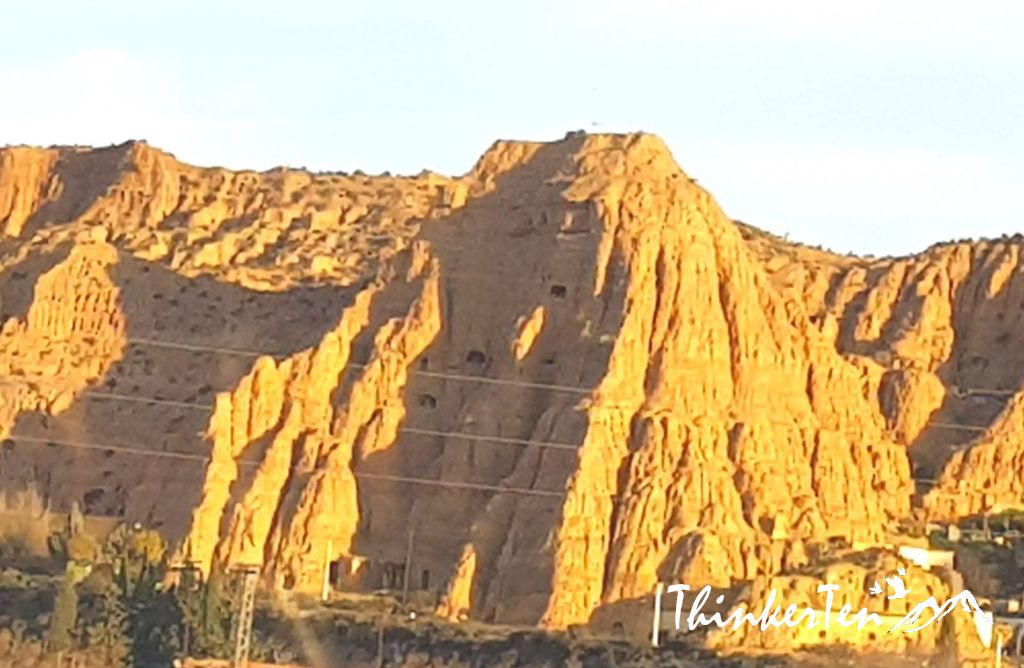 When I saw the cave houses in the Andalucia region in Spain, I quickly relate to the Mogao Caves in Dunhuang China Silk Road which I saw a year ago. Magao Caves has lots of hidden treasure inside with the world’s largest collection of Buddhist art (paintings & sculptures) of thousand years old. The appearance of the caves looks similar from the outside. (below picture is Magao Caves China, located in the desert along ancient Silk Road China so the exterior look smoother due to the sand storm brushing) 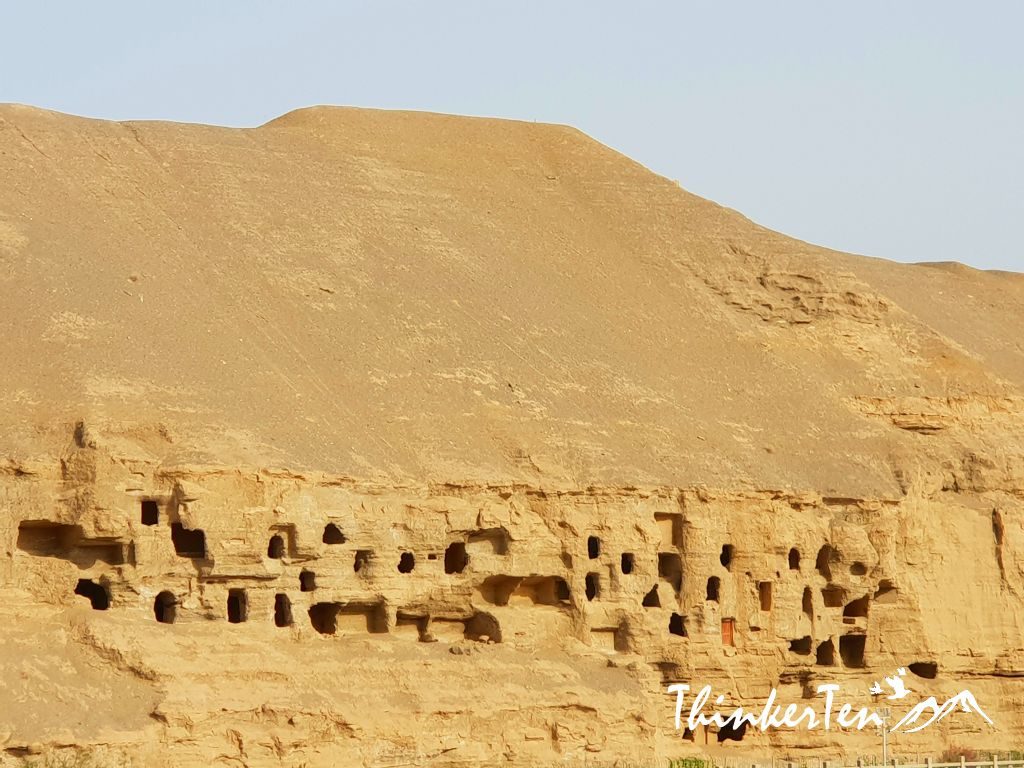 There are still many people living in cave houses in China, I also visited the Yaodong 窰洞 in Shaanxi region where the President of China, Xi Jinping used to live in the yaodong cave house when he was in his teens years during the Chinese Cultural Revolution (1966 – 1976). He was sent to the most rural part of Shaanxi to be a farmer and ban from studying.

The “kang”炕 bed is unique to northern rural Chinese, it is very traditional and usually build with a 2-meter long platform with bricks or clay, not only for sleeping at night but also for general living during the day time, such as eating and place to entertained guests. The “kang” bed area is usually warm as it has special heating system by coal. Great to combat the cold winter. 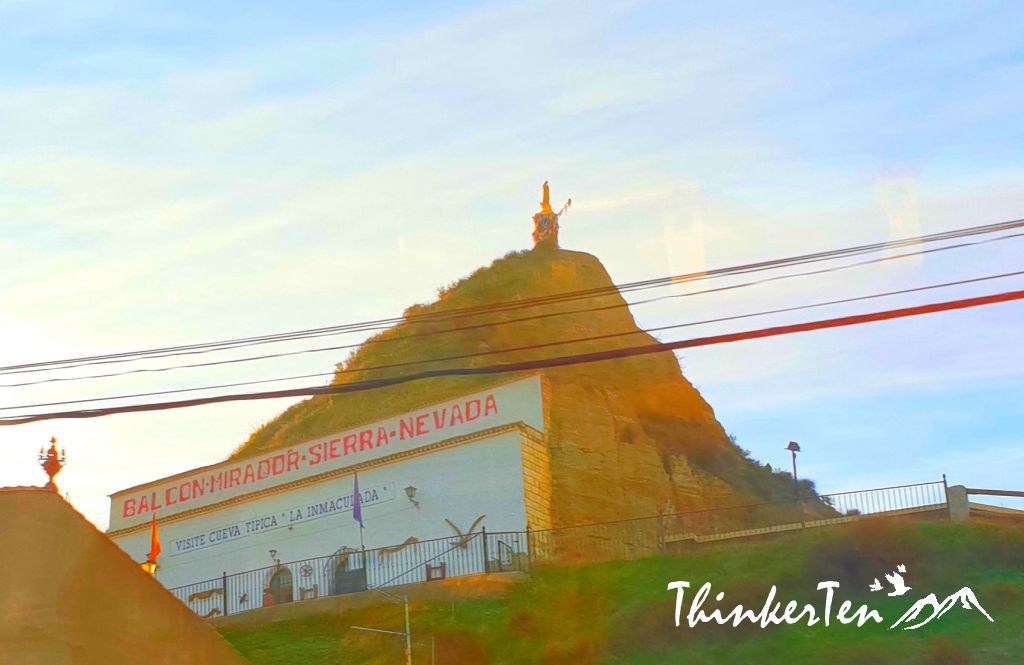 You should experience Cave House

There are some cave houses in Andalucia region turning museum for tourists to visit and some cave houses are Airbnb.  You will be surprised to find some luxury accommodation in these cave houses with a beautiful snow-capped view of the Sierra Nevada and a swimming pool. This will be an alternative to the traditional hotels stay in Spain.  These days tourist want to buy the “experience” instead when they travel. 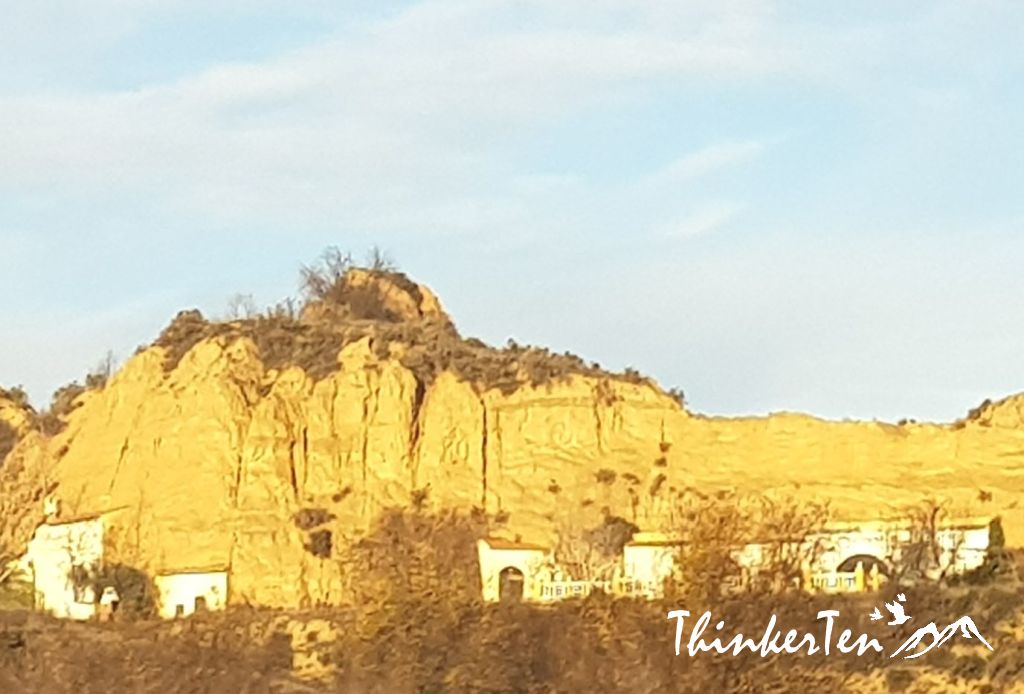 Flamenco, cave house and gypsies are interrelated. If you are to watch a flamenco show in Spain, watch it in a cave, the atmosphere is unique. It was believed that Flamenco culture started by the gypsies who usually live in caves in the Andalucia region.

Who are these gypsies? Gypsies are believed to have arrived in Europe from northern India in the 1400s. They were called Gypsies because Europeans thought they came from Egypt. Their skin is slightly darker and has darker hair. Gypsy often move around and have a nomadic lifestyle. 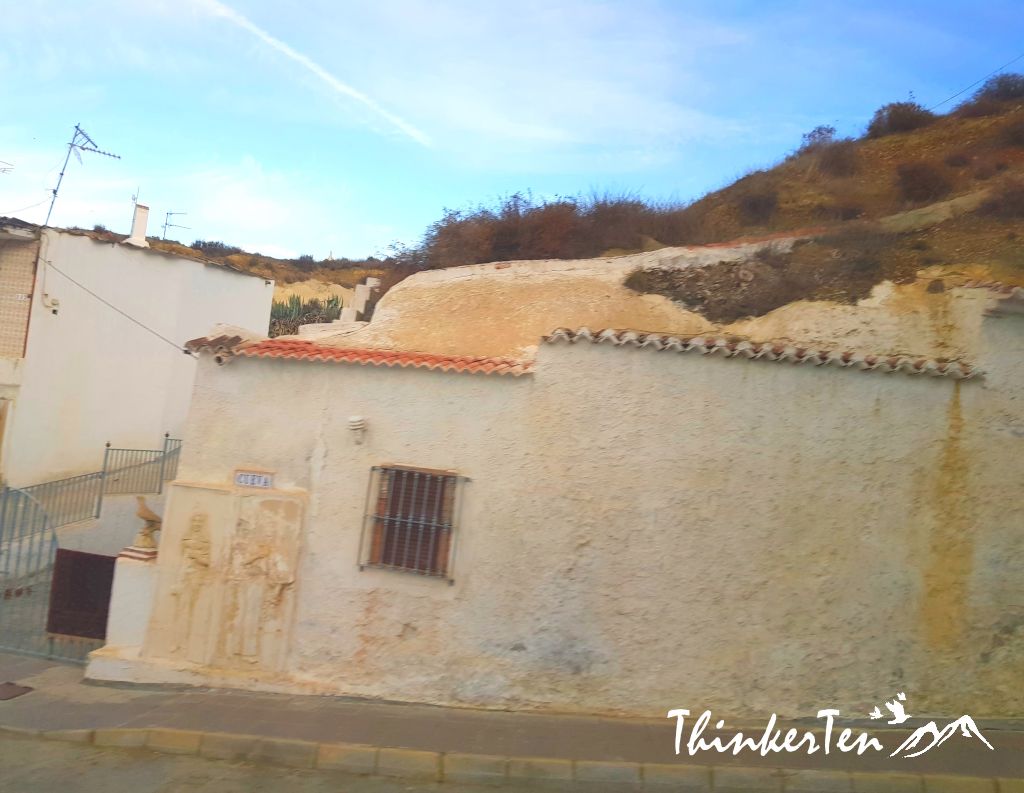 The cave house that I visited was a restaurant with a stage for flamenco snow. The room has been scooped out of the rock with a low ceiling and uneven surfaces. It was decorated with beautiful lamps. Cave houses are strong and won’t collapse, it was originally dug out by hand in the first 70 years of the last century.  The cave house in Albayzín neighborhood that I visited was being modernized,  it has every modern facility, including electricity, water, and good toilet water flush. 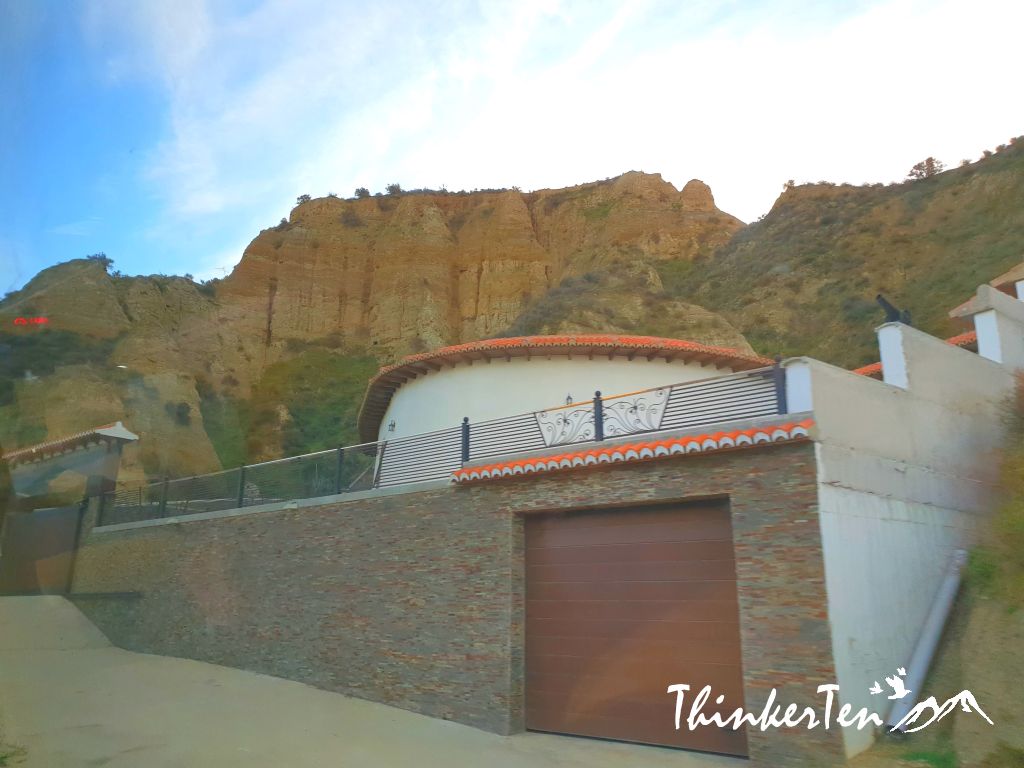 The caves house was first started by the Moors but in the 19th century by peasant farm workers, the old caves houses have only the basic, no water & only a couple of lightbulbs. Some cave houses here are abandoned but with the tourism began to pick up, some investors actually took the opportunities to buy the cave houses and turned them into some unique holiday home or rent out for tourists. 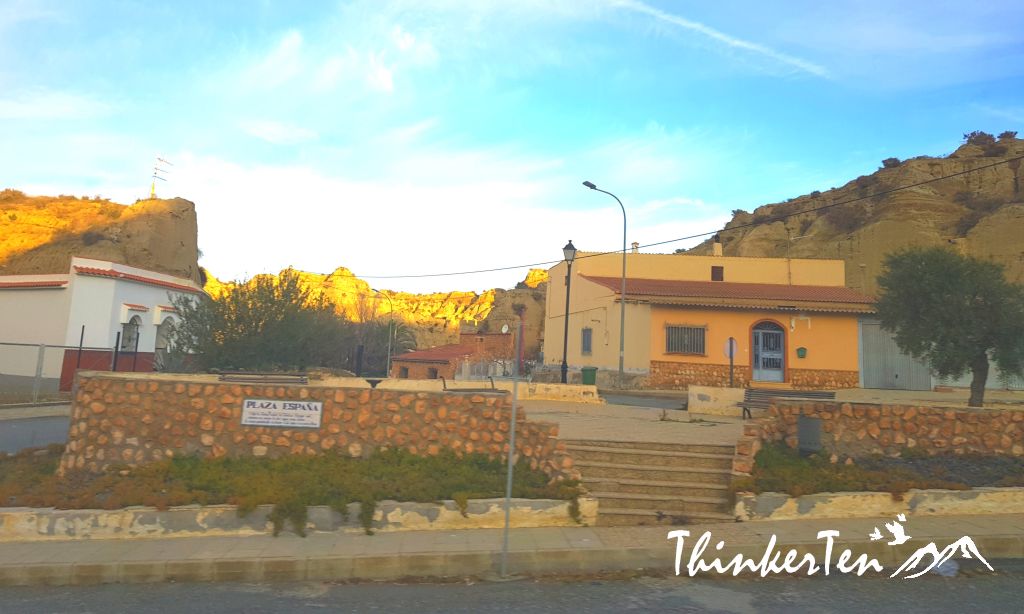 I have visited a few cave houses around the world, another one that I have not mentioned in the above is the Cappadocia cave house in Turkey.  Cave houses always fascinated me and I still get very excited when I see one in the new places that I explored.

China still manages to amaze at a distance of thousands of years … there is always something to discover beyond the usual tourist destinations.

I’ve been fascinated by caves since I was a teenager. These cave houses are just too cool.

Too cool! Have never visited any cave house. Reminds us of cliff side bird colonies 🙂

Looks beautiful. Isnt it crazy that they can turn a cave into a BnB I had never heard of a cave house until now. Very interesting thank you

Honestly, I have never tried to visit any cave houses in my whole life and this article and photos of you gives me at interests to see or visit a cave house here in our place and hope to see these cave houses too someday!

First time I see these houses! Thank you for sharing this with us.

How fascinating is this. I’ve never seen houses like this before. I hope to visit one day.

I would love to visit China one day, I had no idea that this place existed but it looks fascinating

i didn’t know this was in China! it would be amazing to see!

Amazing!! I had no idea cave houses were a thing!!

This looks like a beautiful place to visit. Love all of these pictures!

I love to see them. They fascinate me. I think I would be scared to go in one though, because I wouldn’t want to come across an animal or something in there. LOL

Wow, there are so many hidden areas of China that I have just never seen before. I’ve always been terrified of caves but also they could be pretty roomy!

Those cave houses look really great. It is so interesting knowing that they are located on the mountain. Indeed so beautiful!