We had our lunch and did a little shopping at Khan el-Khalili bazaar in Cairo. The narrow lanes of Khan el-Khalili are one of the highlights here. You may get lost if you do not know how to navigate. We don’t have much time to spend here as we need to rush to the airport to fly back.

The medieval mall has ancient courtyards and lanes selling everything from food, textiles, handicrafts, and souvenirs. This would be a great place to find cheap souvenirs to bring back. 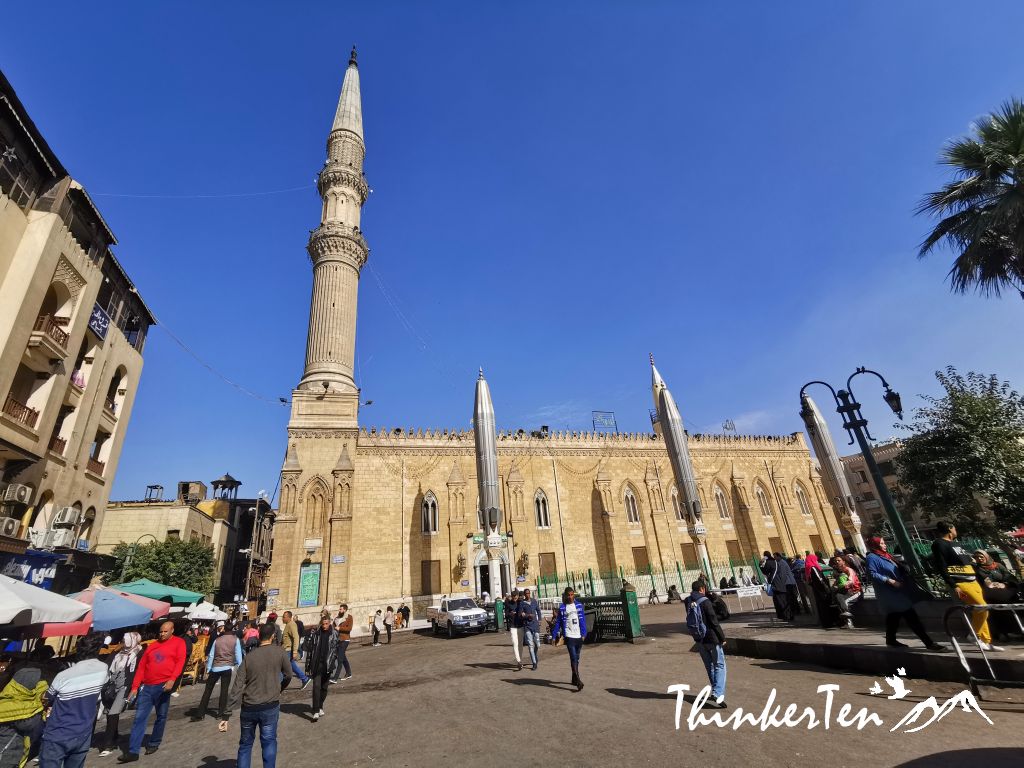 Shops usually open from 9 am onwards and operate till late at night. Some shops may close on Friday and Sunday and but remain open. 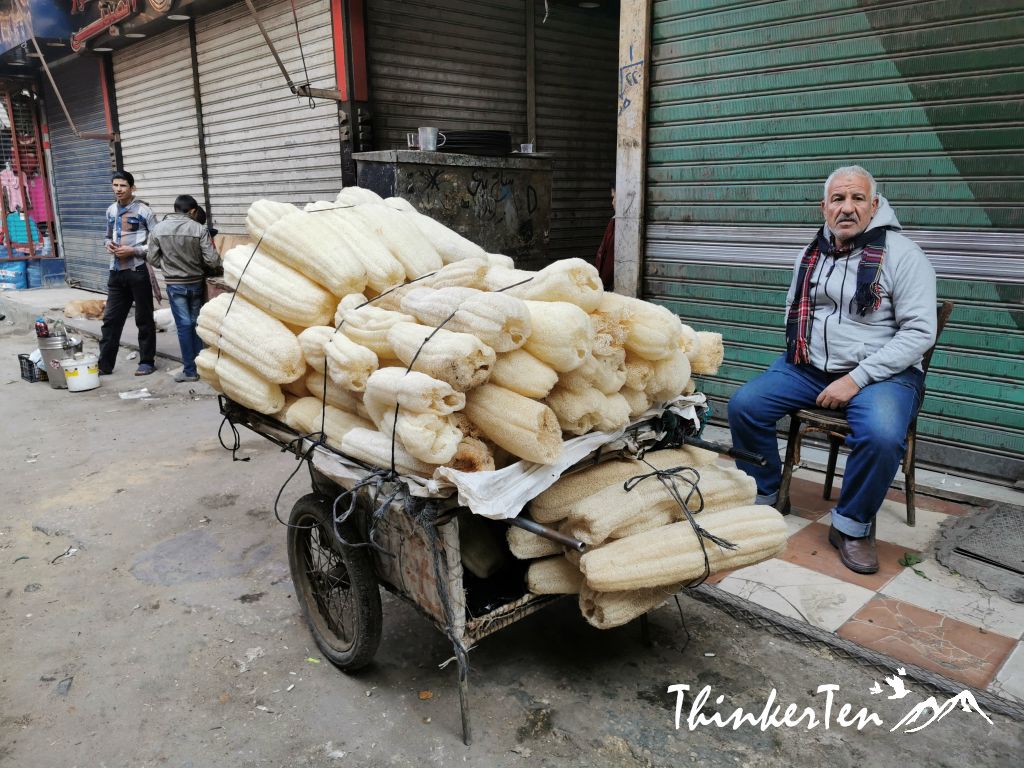 Khan El Khalili is located in the heart of Old Cairo, the place here looks pretty old with old-Islamic architecture. This bazaar is not only for tourists but also for the local Egyptians. I spotted lots of local Egyptians buying in bulks from this bazaar. 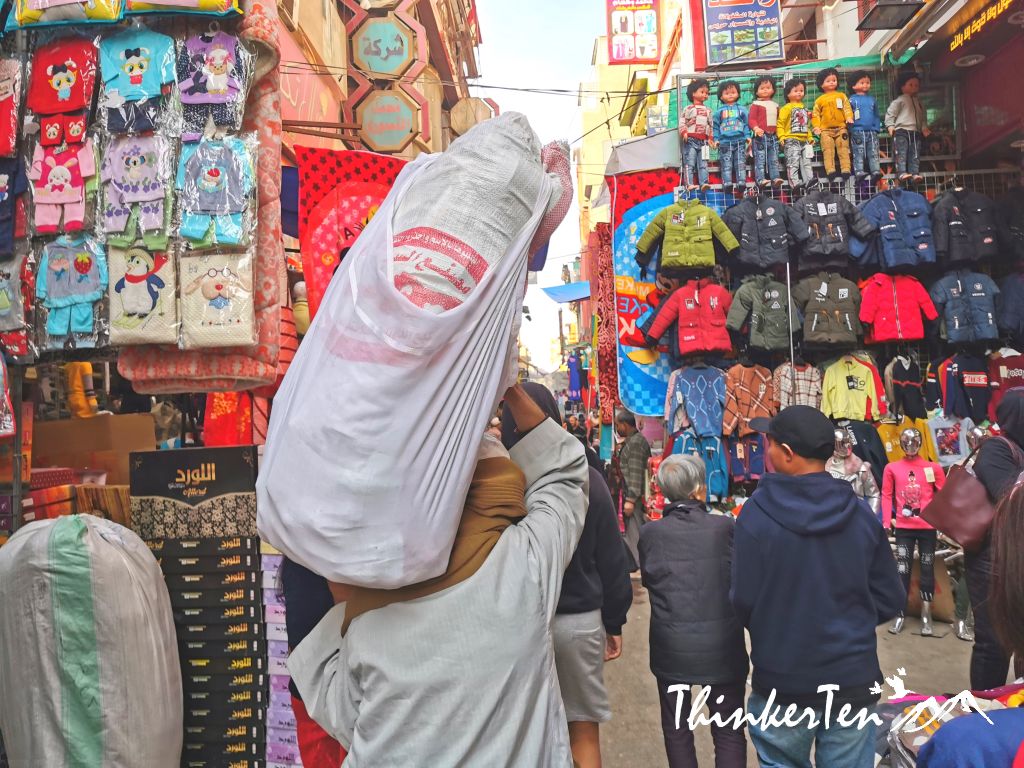 ​Originally built in 14th century as a caravanserai, Khan el-Khalili was a souk where traders from diverse regions gathered to sell their goods. This place is always an important district for cultural and economic activities.

There are many things to shop here which include hand-beaten copper and brass trays, coffee pots and urns, exquisite colorful lamps, all kind of spices and of course you can get cheap souvenirs. Things here aren’t expensive but don’t forget to bargain with the sellers. 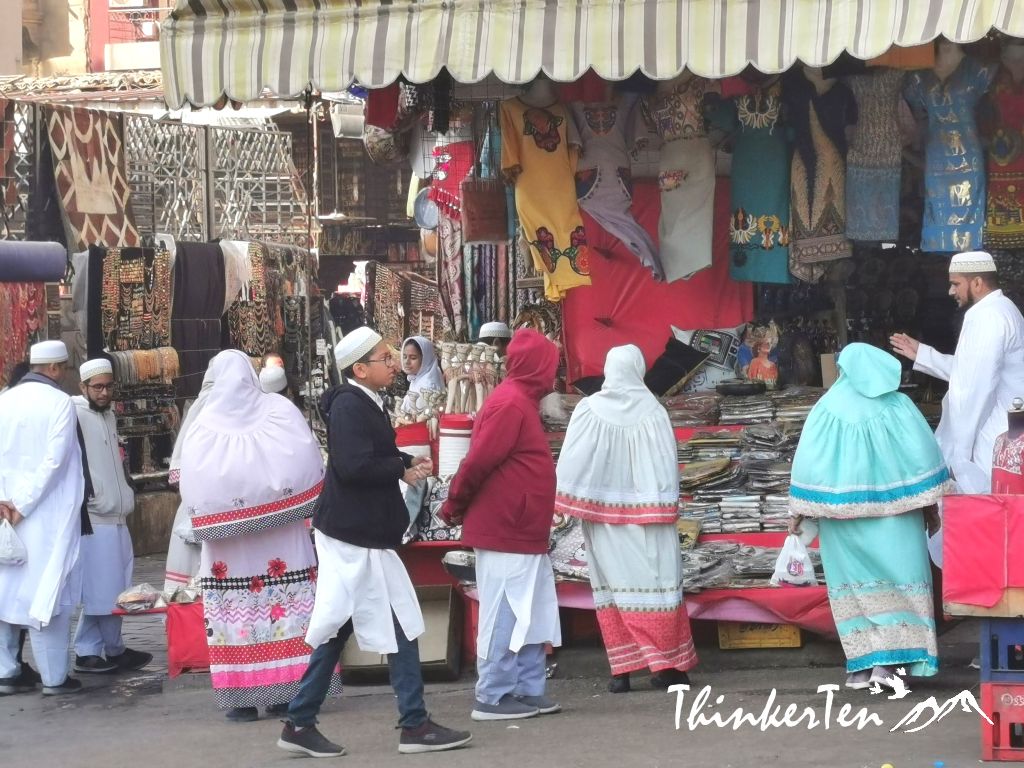 Over here one of the interesting sights that you should look out is the young Egyptian bread seller rides his bicycle with a load of bread (aish baladi) on his head. Some are actually walking with a big tray of bread on his head.

Not this type of bread that you see in the below picture. 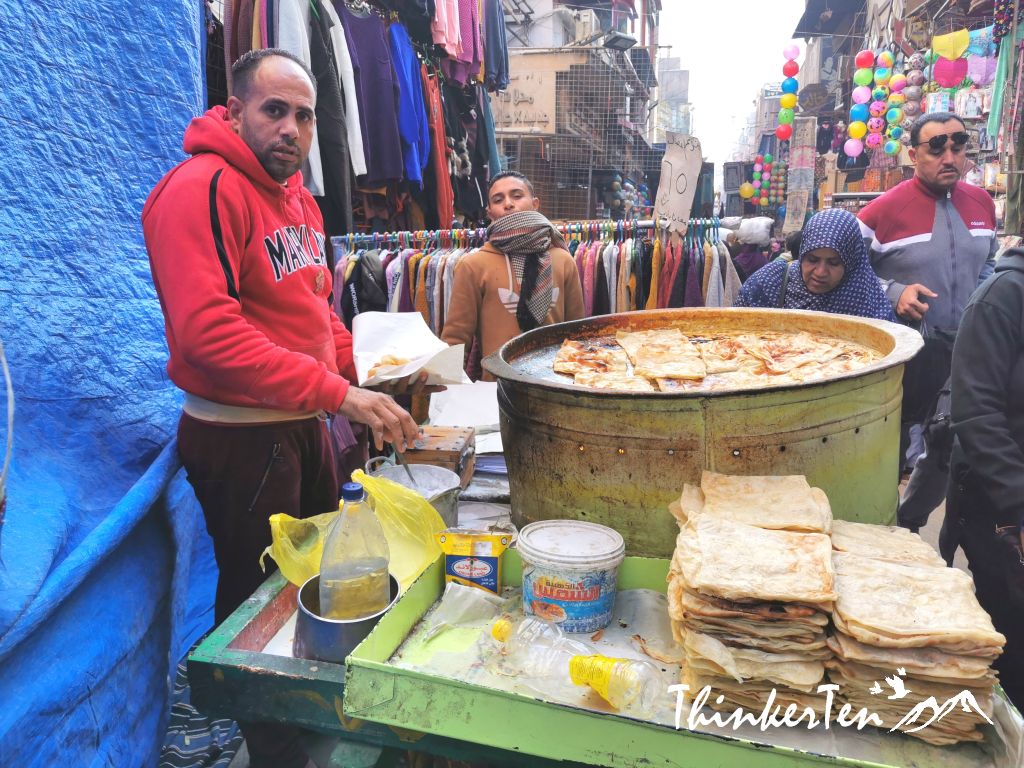 There are few restaurants in Khan el Khalili and we found a decent one to sit and have pizzas. 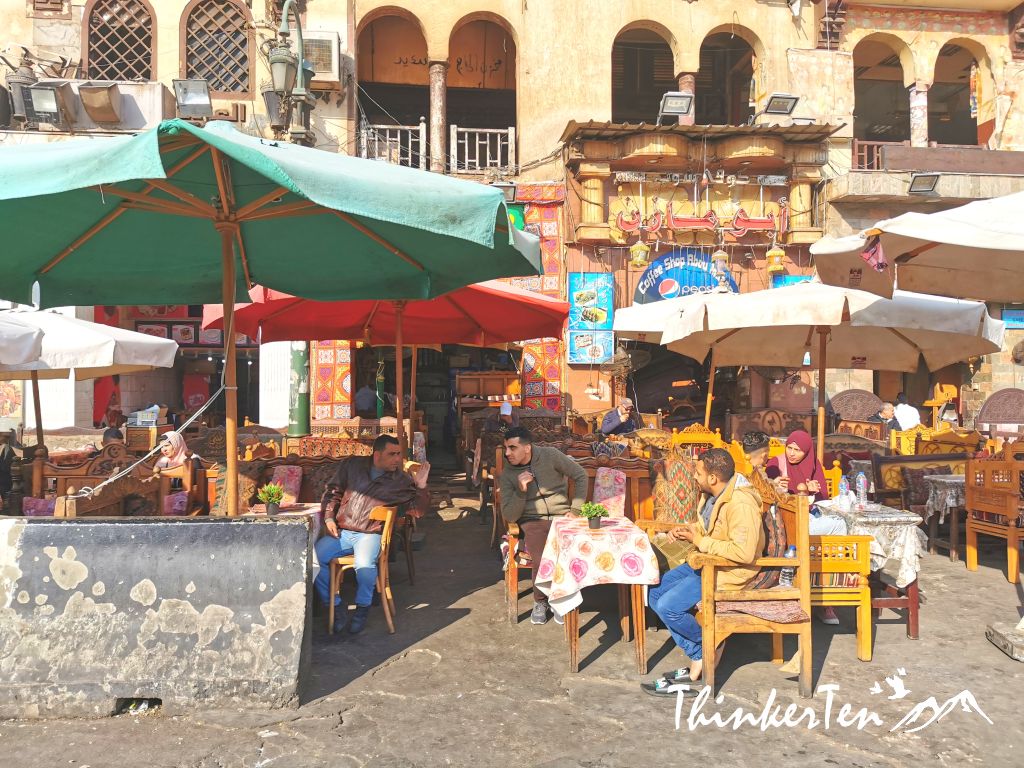 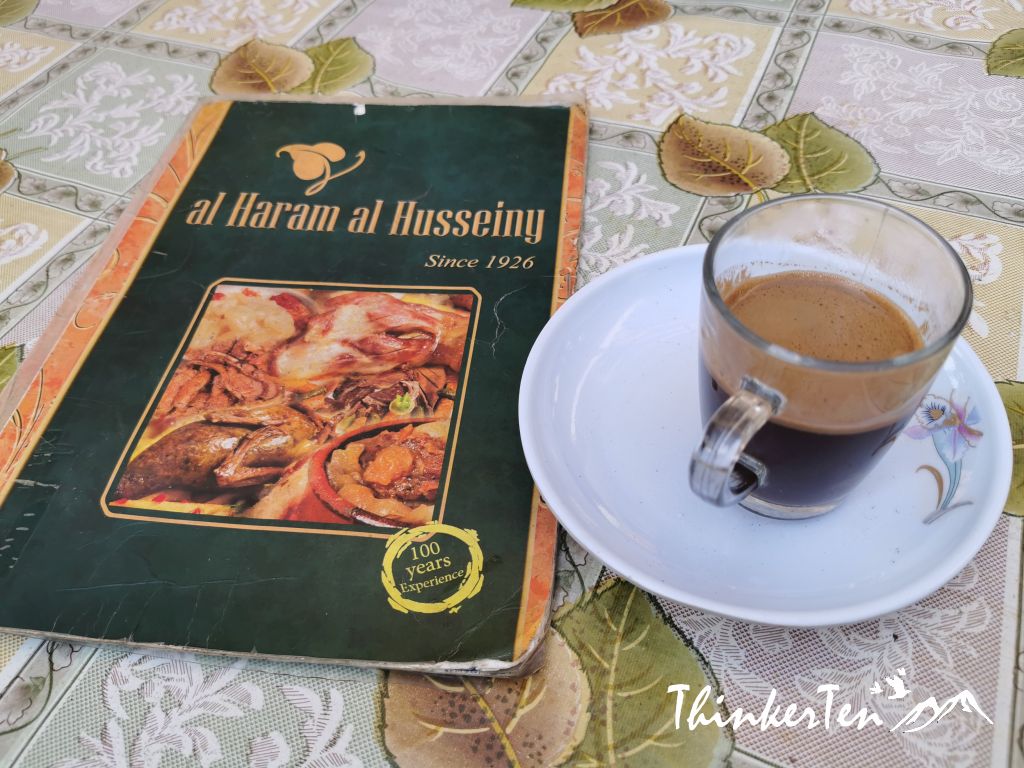 Pure mangoes juice taste awesome and must-have when you are in Khan el Khalili. 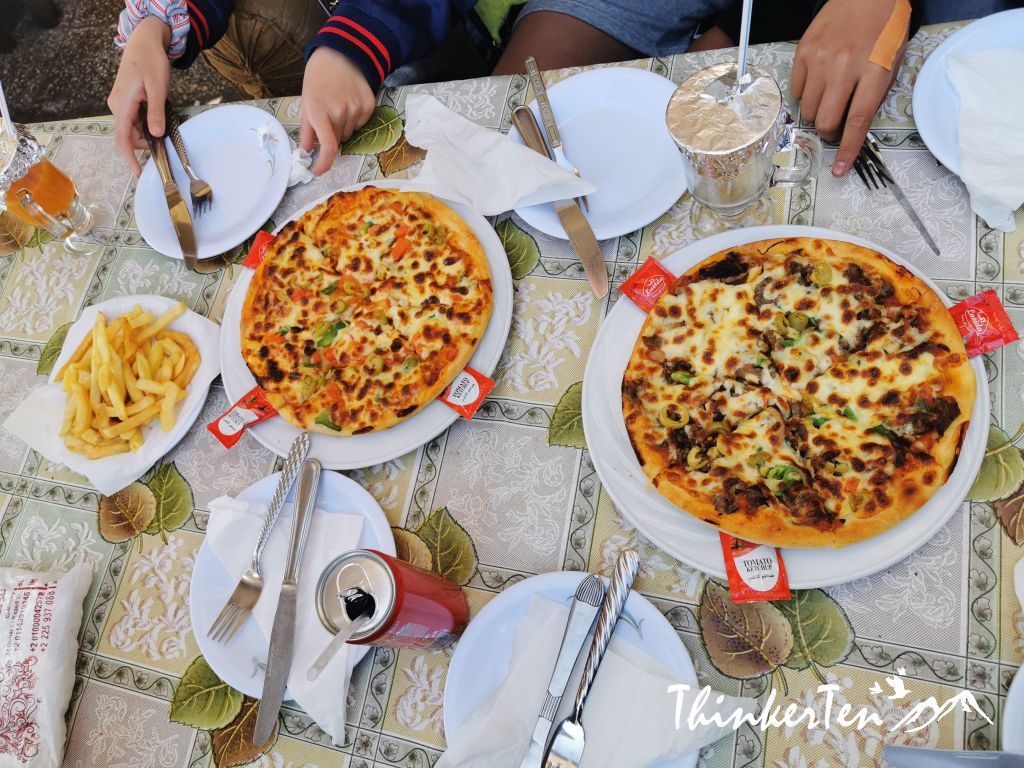 The Egyptian crisis began with the Arab Spring revolution of 2011 when hundreds of thousands of Egyptians having the mass protest movement that ultimately forced longtime president Hosni Mubarak from office.

Since then, the unemployment rate is high in Egypt, over here in Cairo you will notice many young Egyptian has no job and stay on the street waiting for something to happen. The population is rising in Egypt, nears 100 million, and thus puts more pressure on the employment of jobs. 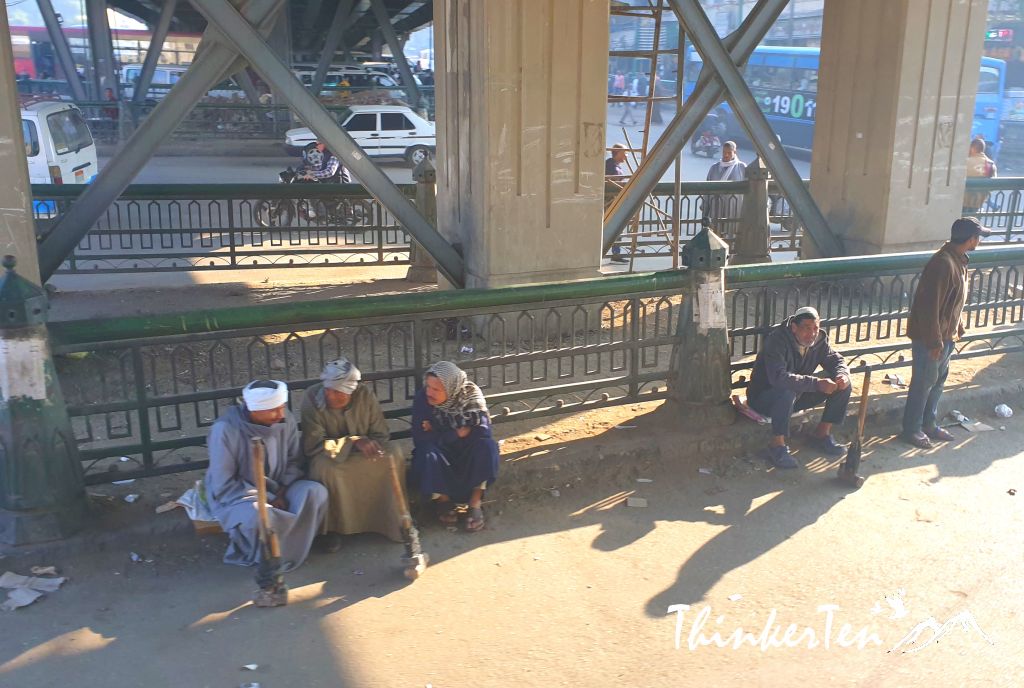 Cairo is known as the city of thousand minarets because you see mosques and minarets everywhere. Almost every 5 mins you pass by one mosque. As you know the majority religion is Islam and Islam is also the official religion in Egypt. Small minorities are Christian or Coptic Christian but that would be made up of less than 10%.

You should pay attention to different styles of mosques and minarets, really interesting architectures. 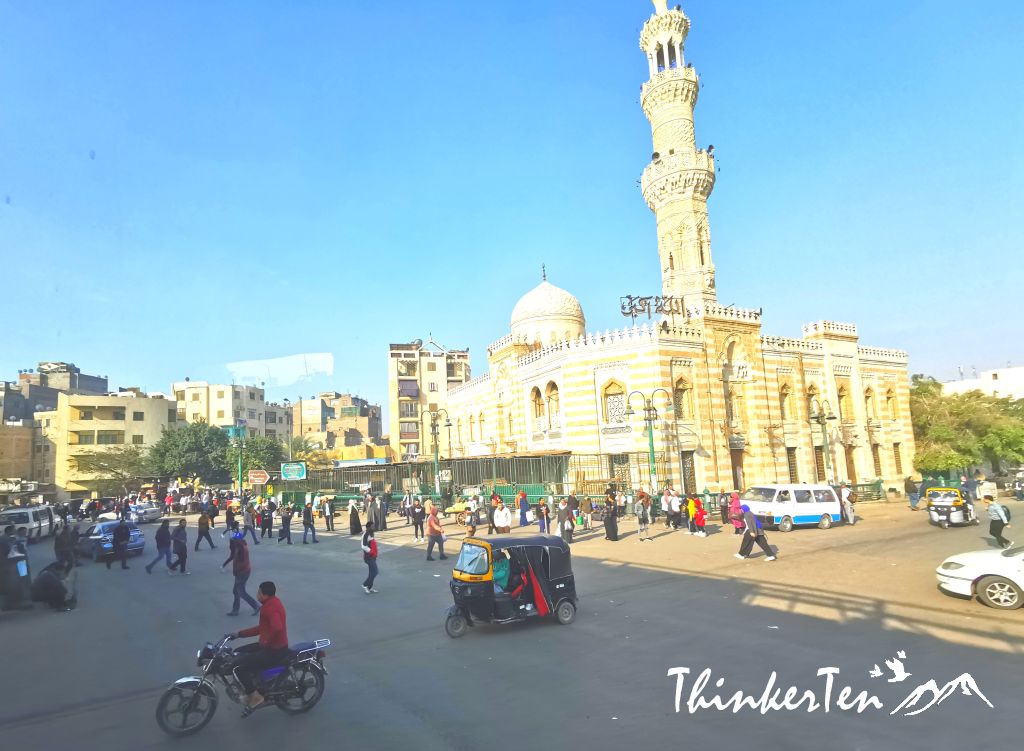 Cairo is the biggest city in Egypt but the dirt and pollution exist almost every corner. Traffic is bad as you hear horns and traffic madness anytime. I still find it is pretty interesting that the culture and lifestyle are very different from ours and the rest of the world that I have been to.

Hassles happen everywhere when you travel to developing countries and the same goes for Egypt, this is part of the adventure you need to experience. When you encounter it, just keep calm, no eye-contact but still be polite. If you are not interested, don’t even look. If you are interested, bargain at a reasonable price that is ok for you, then just pay and go. I think it as a way to help these jobless people in the streets, just a few dollars won’t really bother me that much but it can help to bring food to their family. 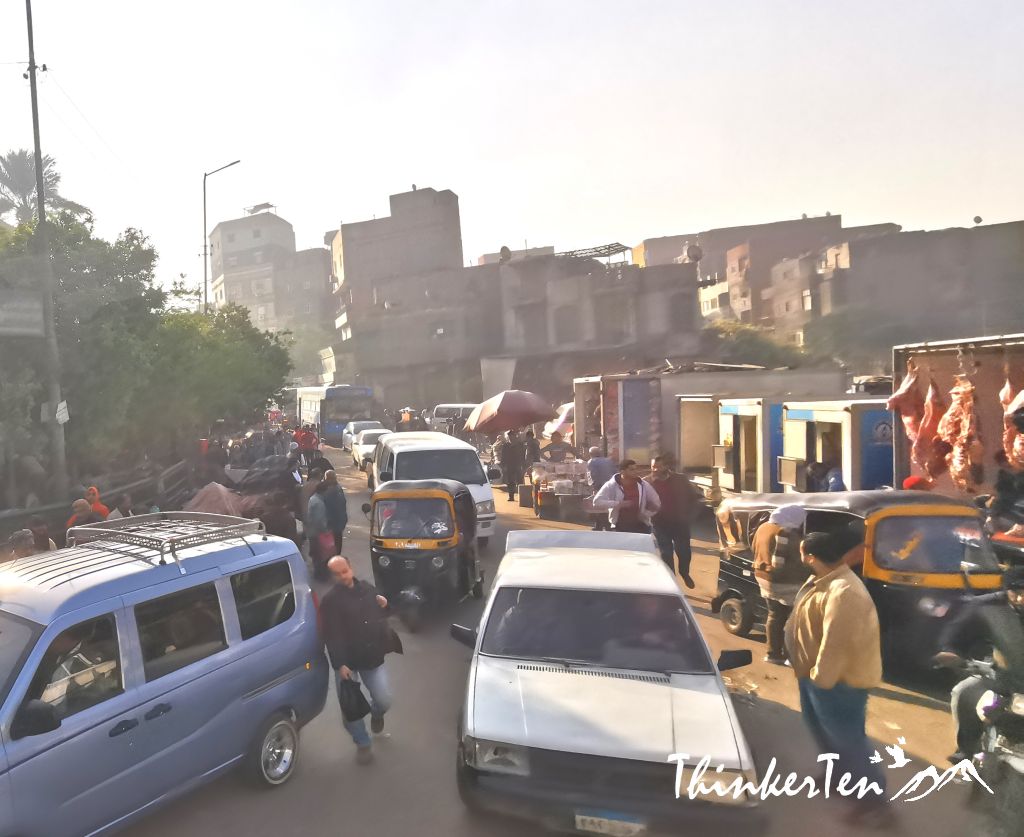 What we bought in Khan el-Khalili: 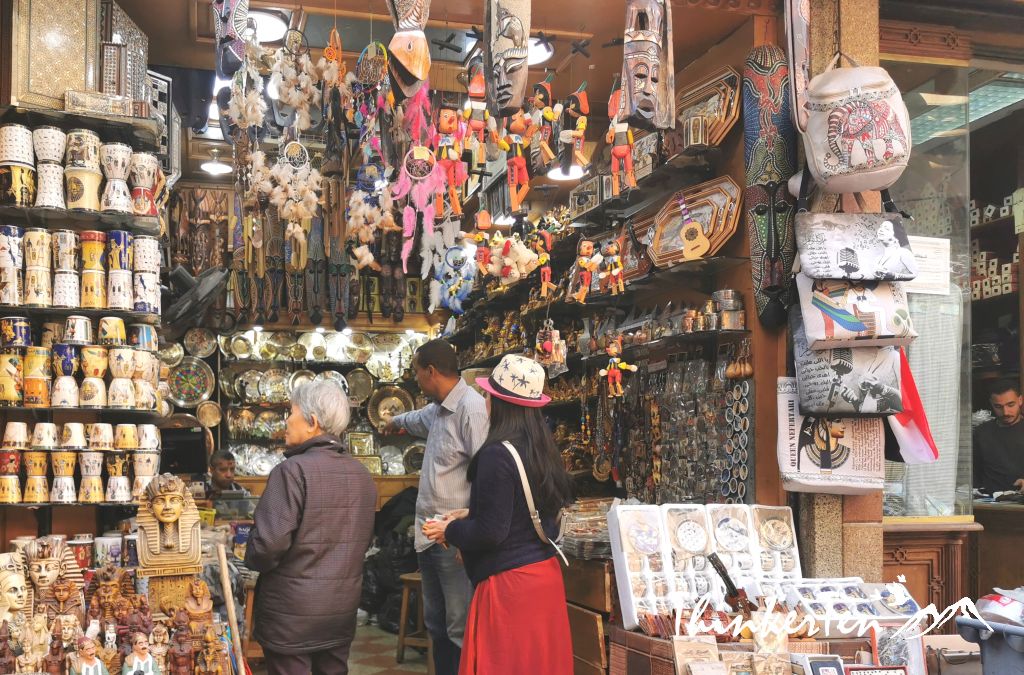 Things sold in Khan Al-Khalili aren’t too expensive but I think you still need to bargain before you made your purchase. Do not expect to get 5 stars or the highest quality here. What I like about the bazaar here is I get to see so many interesting scenes and get to see how local buy and live.

What an incredible experience! The markets and street food are all so exciting. Thanks for sharing!

Ooh my husband and son would LOVE that mango juice! I would love to go here and see the markets, they look like a great place to get lost and have a good look around at the local handmade crafts.

What a neat market to visit! And how fun to have pizza and fries there. Sounds like a good place to pick up some nice items.

I can’t wait to be able to travel again!

This looks like an amazing adventure! I cannot wait to be able to travel again!