The Sword City of Toledo Spain – Top 16 things to know before you go!

The ancient city of Toledo is just an hour away by bus from Madrid. I highly recommend you to visit Toledo if you are in Madrid. One of the unique characteristics in Toledo is the cultural influences of Christians, Muslims and Jews reflected here.

Toledo was the former capital of Spain, the entire old city is a national monument and a Unesco World Heritage Site. Most parts of Toledo remained untouched, survived from its invaders as they are afraid to destroy the holiest city in Spain in the Catholic faith.

Let’s find out the top things to do in Toledo in a day.

Alcázar of Toledo is located in the highest part of Toledo. The stone fortification dominates the city skyline that once used as a Roman palace in the 3rd century. Now it is used as the Museum of the Army. 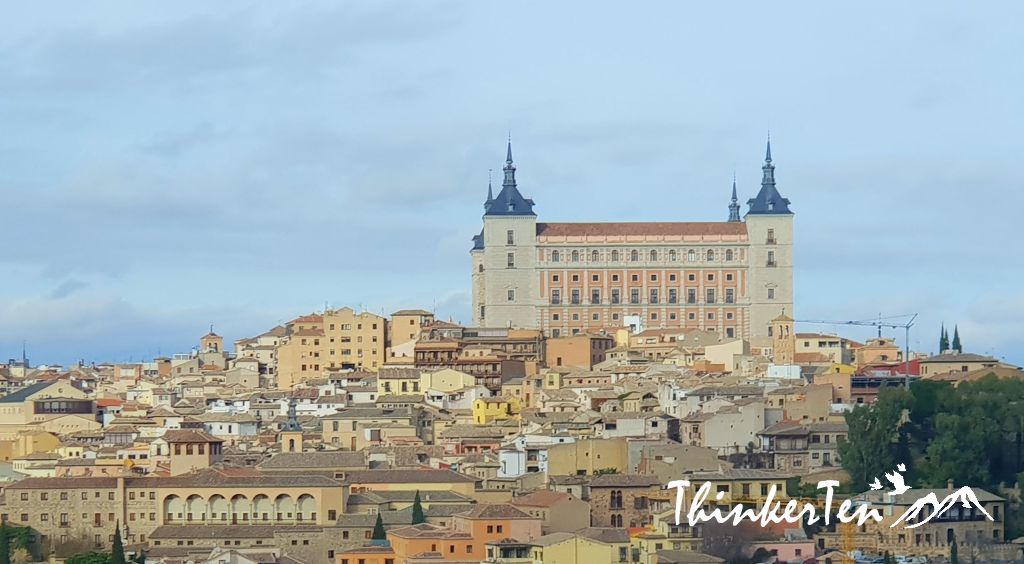 Alcántara Bridge is built over the Tagus river between 104 and 106 AD. In the center of the bridge, there is a Triumphal Arch. Very historical bridge and still surviving until now.  It is also one of 100 finalists for the 12 Treasures of Spain.

Castle of San Servando sit high above the bank of the river and opposite the Alcantara bridge. It was begun as a monastery, occupied first by monks and later by the Knights Templar. But currently used as a youth hostel and strictly not for tourists except hostel guests. 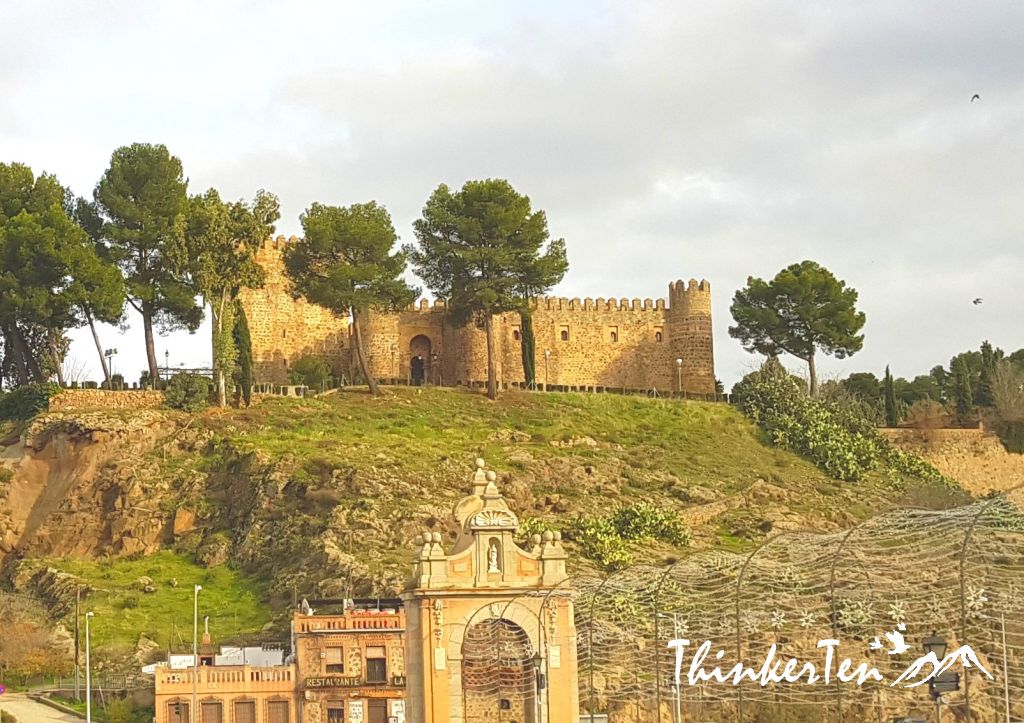 4. Escalator to the old town of Toledo

It is very interesting to go up Toledo old city, there an escalator and covered walkways from an underground garage to bring you up the ancient city. It saves you from a lot of climbing. Private cars and buses are not allowed in the old city as this old city received too many tourists daily and in order to protect the city, they built the escalator up and make all the tour buses park underground. This will reduce a lot of traffic and pollution too since the whole city is a Unesco site. 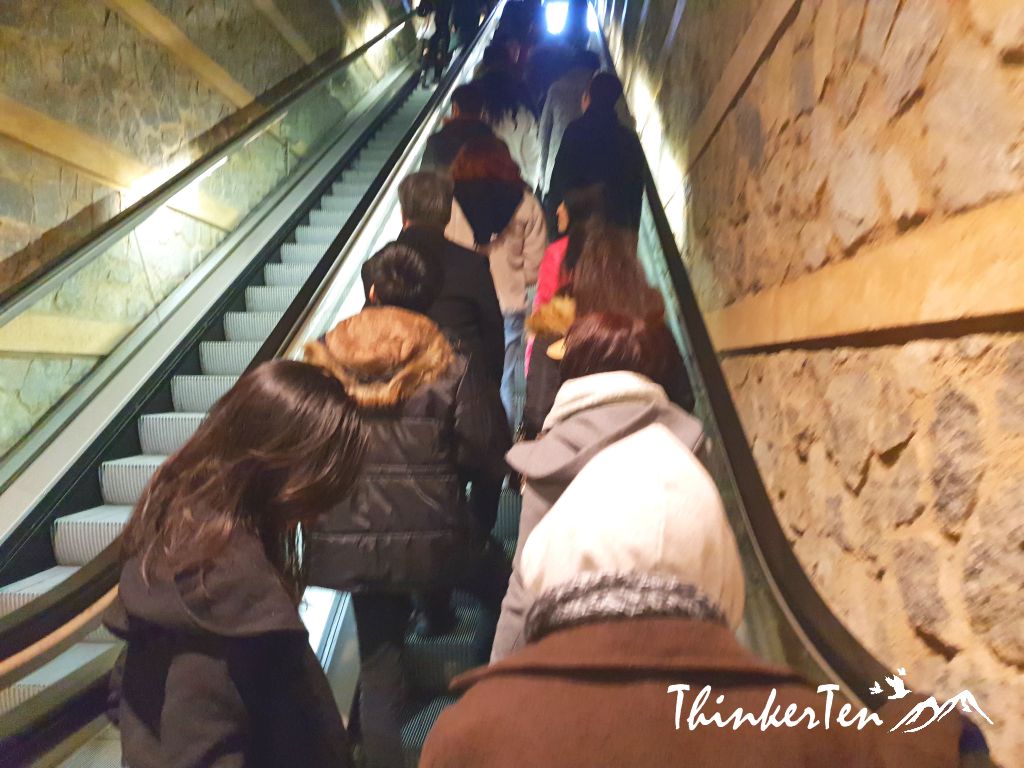 You see very run down ruins back from the olden days after exiting from the escalator. 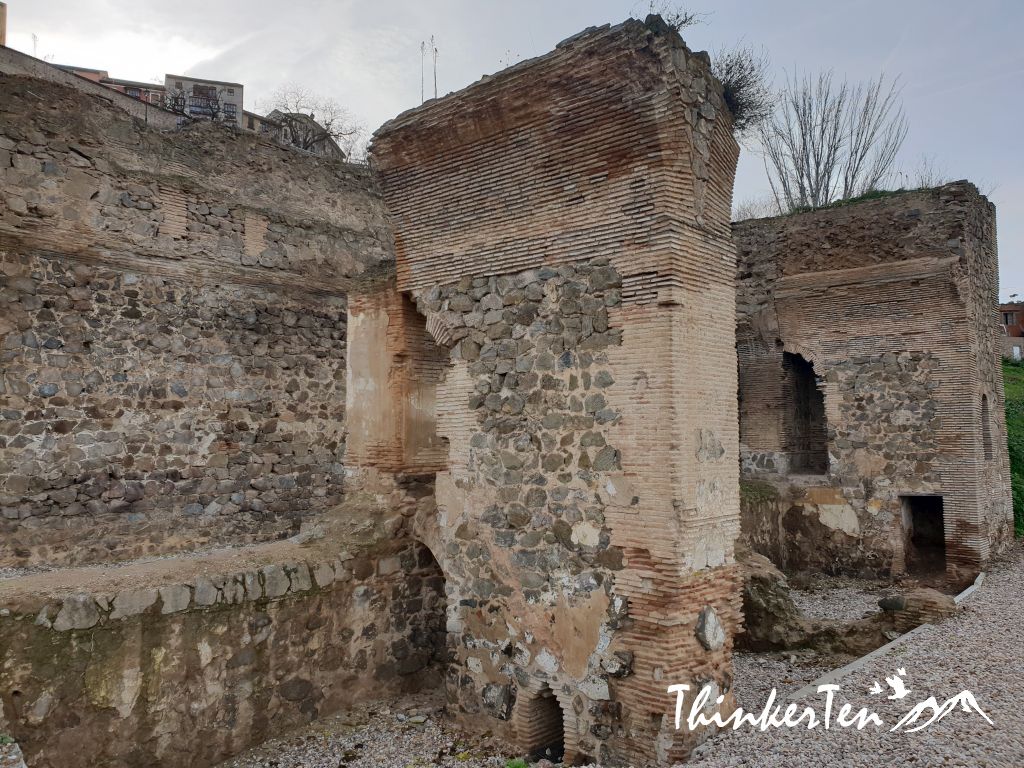 Plaza de Zocodover is a main square of Toledo. It was named by the Arab souq ad-dawab (livestock market), that was back then. Now the square has plenty of shopping for souvenirs, cafe, and restaurants. 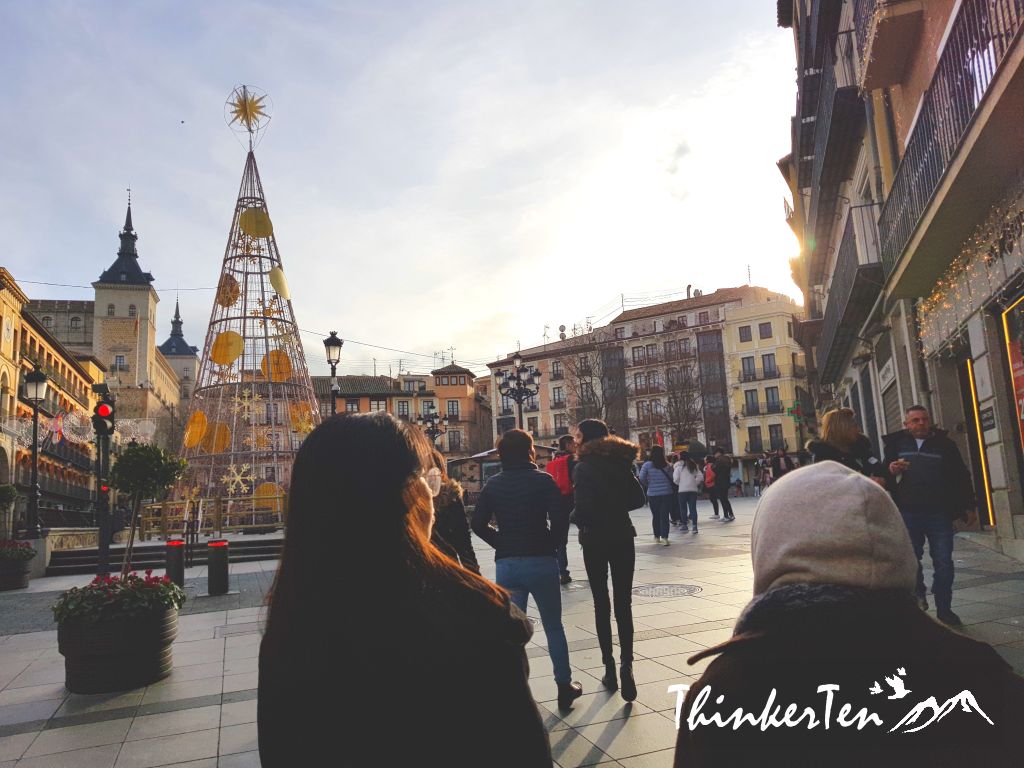 Toledo is also the city of sword!  There are many shops selling weapons such as swords, knives, daggers, and axes.  This place is famous for their weapons.  The most famous Hollywood’s weapons are from Toledo. Here the artisans have created swords for films as Gladiator, Alexander the Great and the famous Lord of the rings. 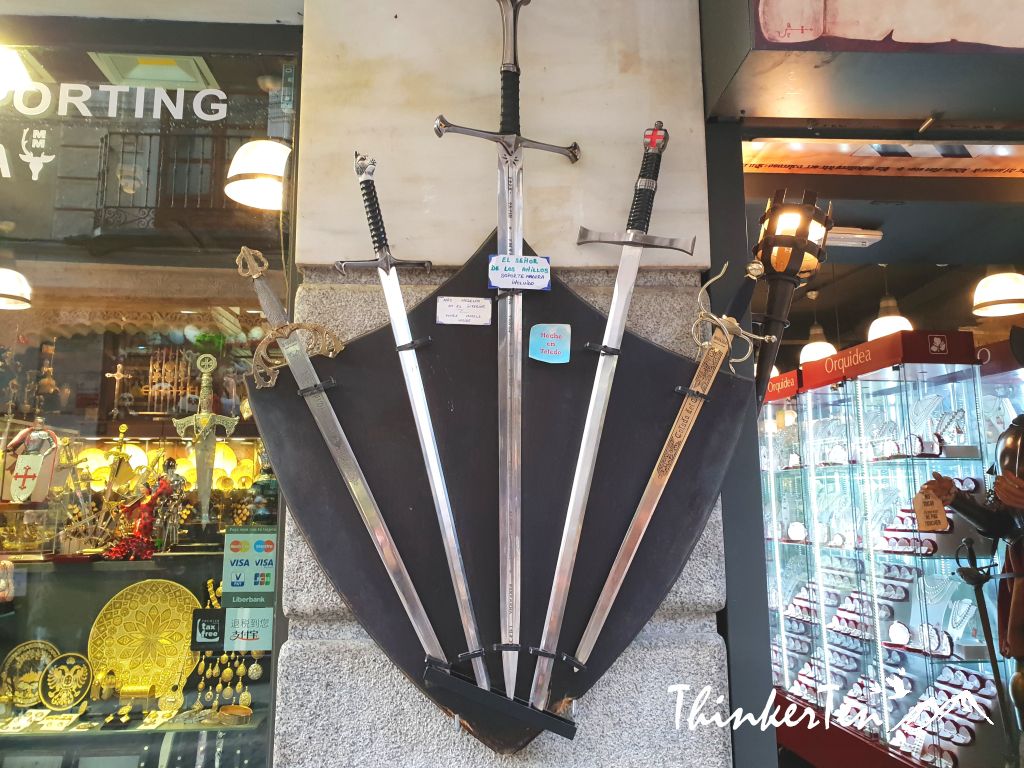 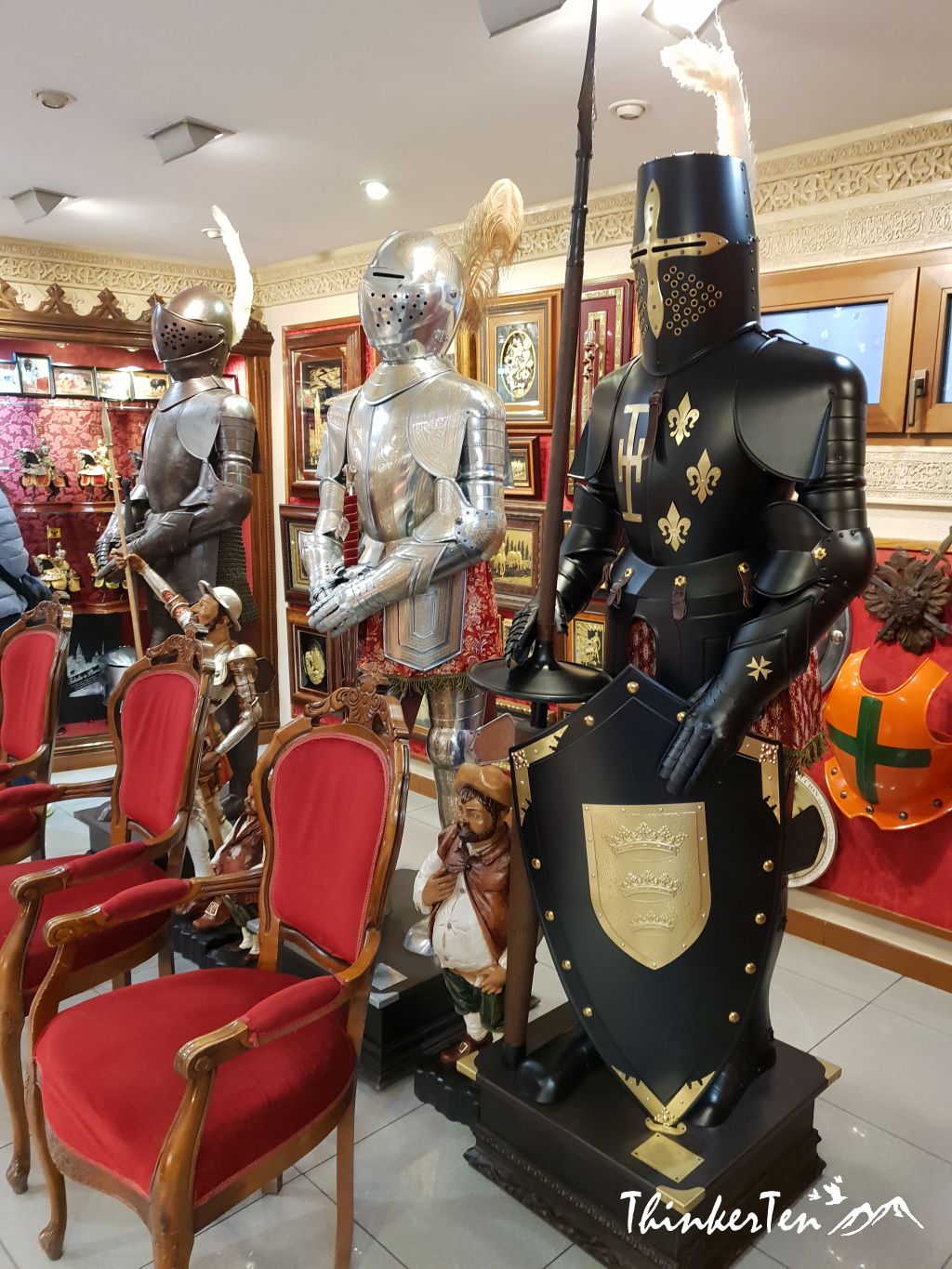 7. The Marzipan Sweets in Toledo

The legend says that the nuns from the Convent of San Clemente invented this famous sweet from Toledo.  The first marzipan is made with sugar and almonds. 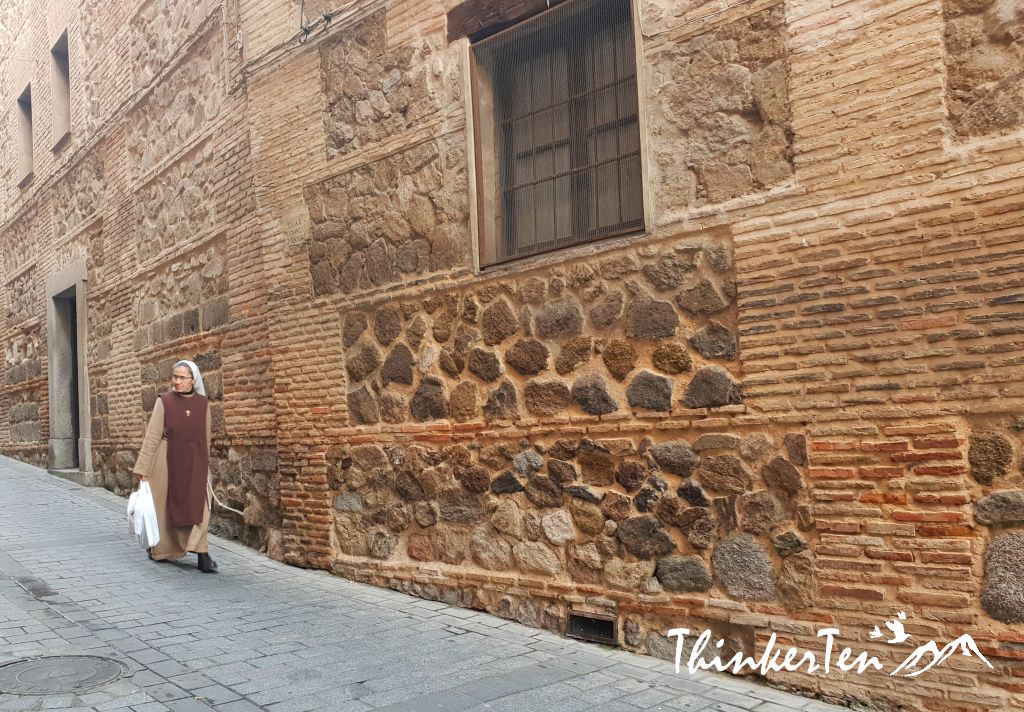 The tasty paste became a staple and now it’s one of Spain’s most popular foods. In some places, you can still buy marzipan directly from nuns in monasteries. They use the money to raise fund for the convent. Some of the interesting shapes you can find in marzipan cookies are pigs and bears. 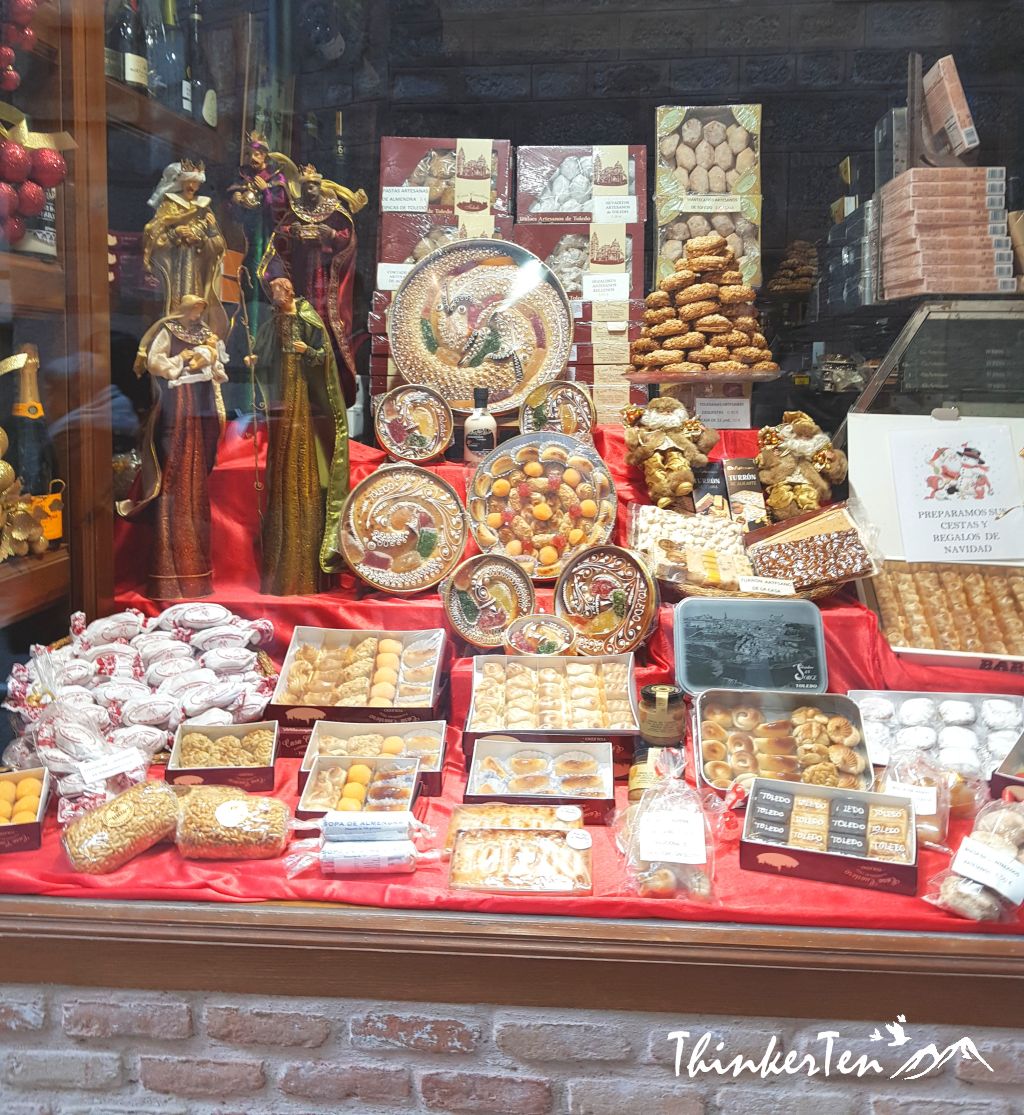 This may be the highlight of Toledo city, it is huge and ranks among the greatest Gothic structures in Europe.  The structure of the building is greatly influenced by the French Gothic style of the 13th century but adapted to Spanish taste.  Some history background of Toledo Cathedral, it stands on the site of the Great Mosque of Toledo. 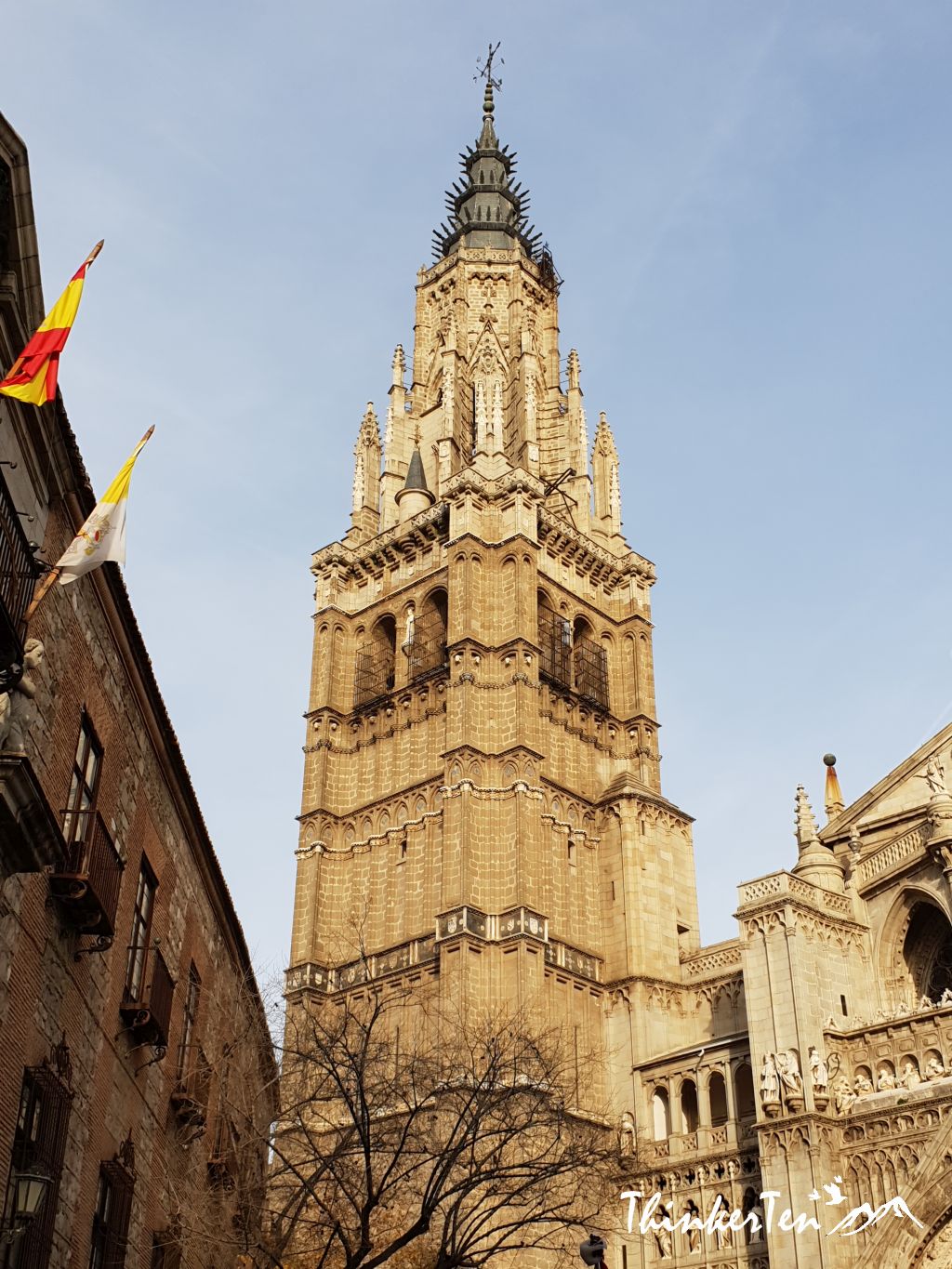 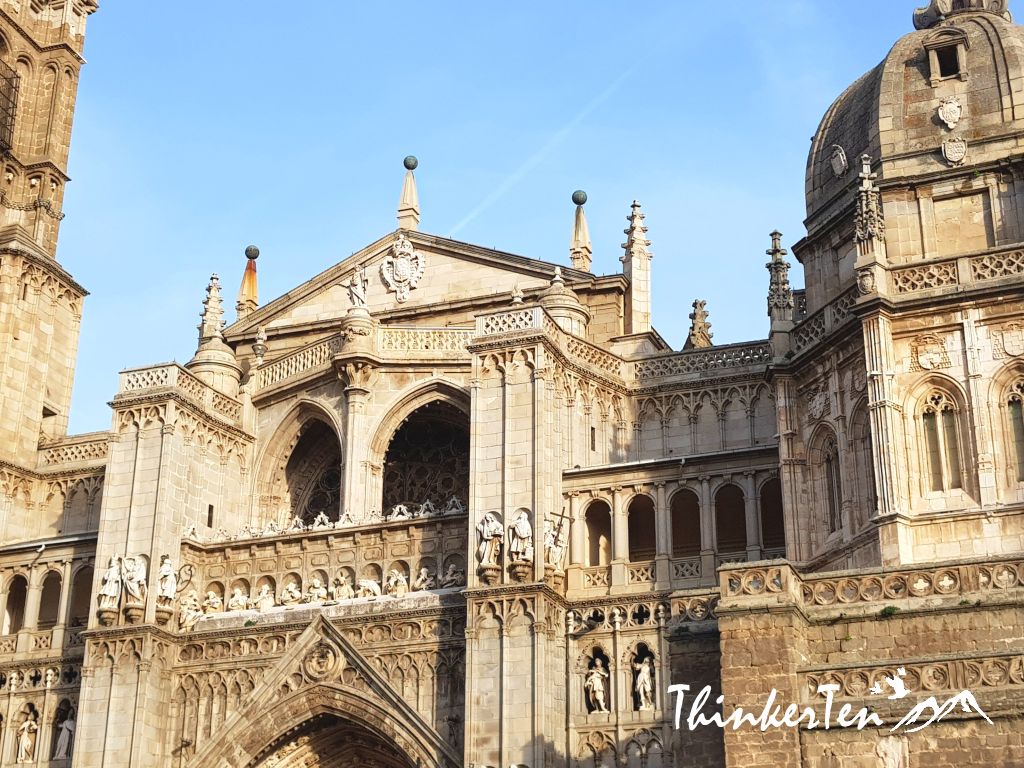 The narrow street in Toledo was purposely built in that way to create shade for the summer as it is very hot. 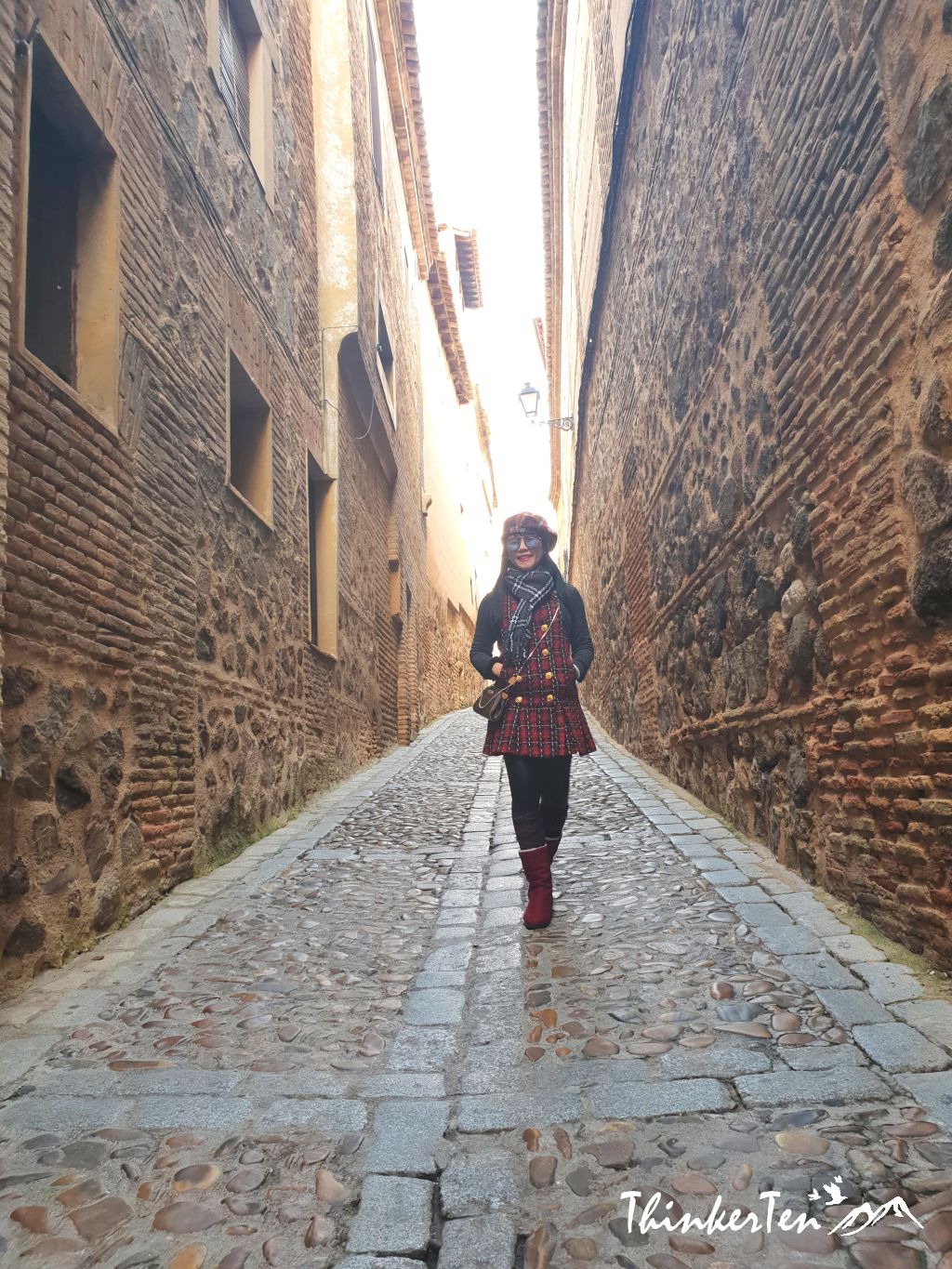 10. Toledo is filled with quaint shops and artisanal goods 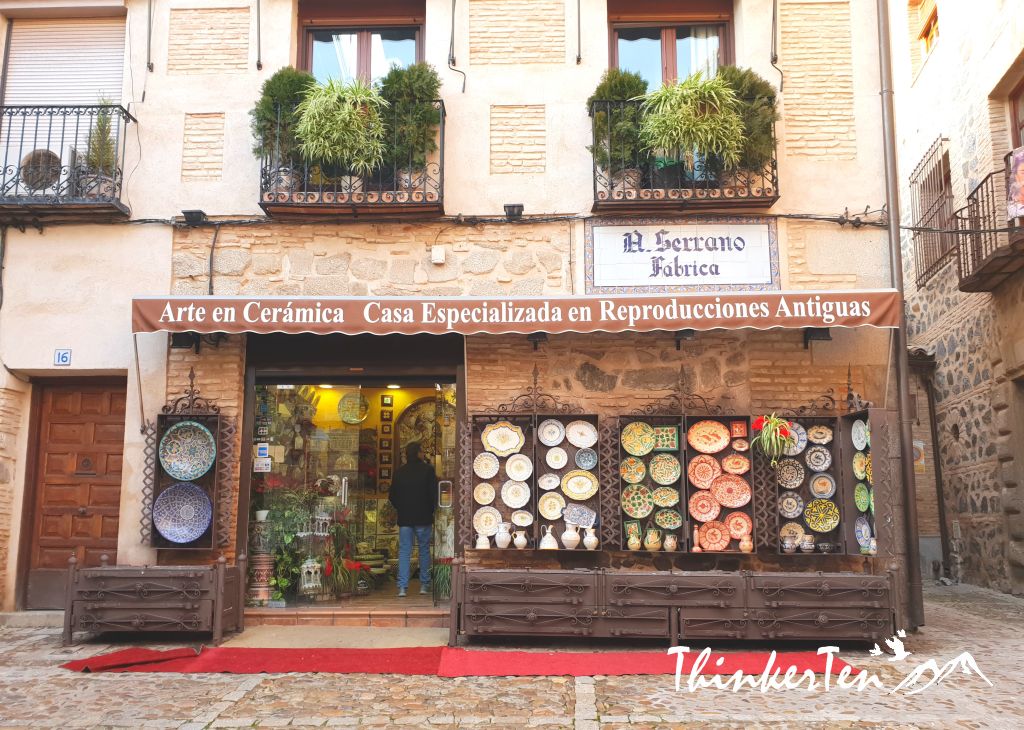 Go look for the secret door which will link you to another alley, pretty interesting. 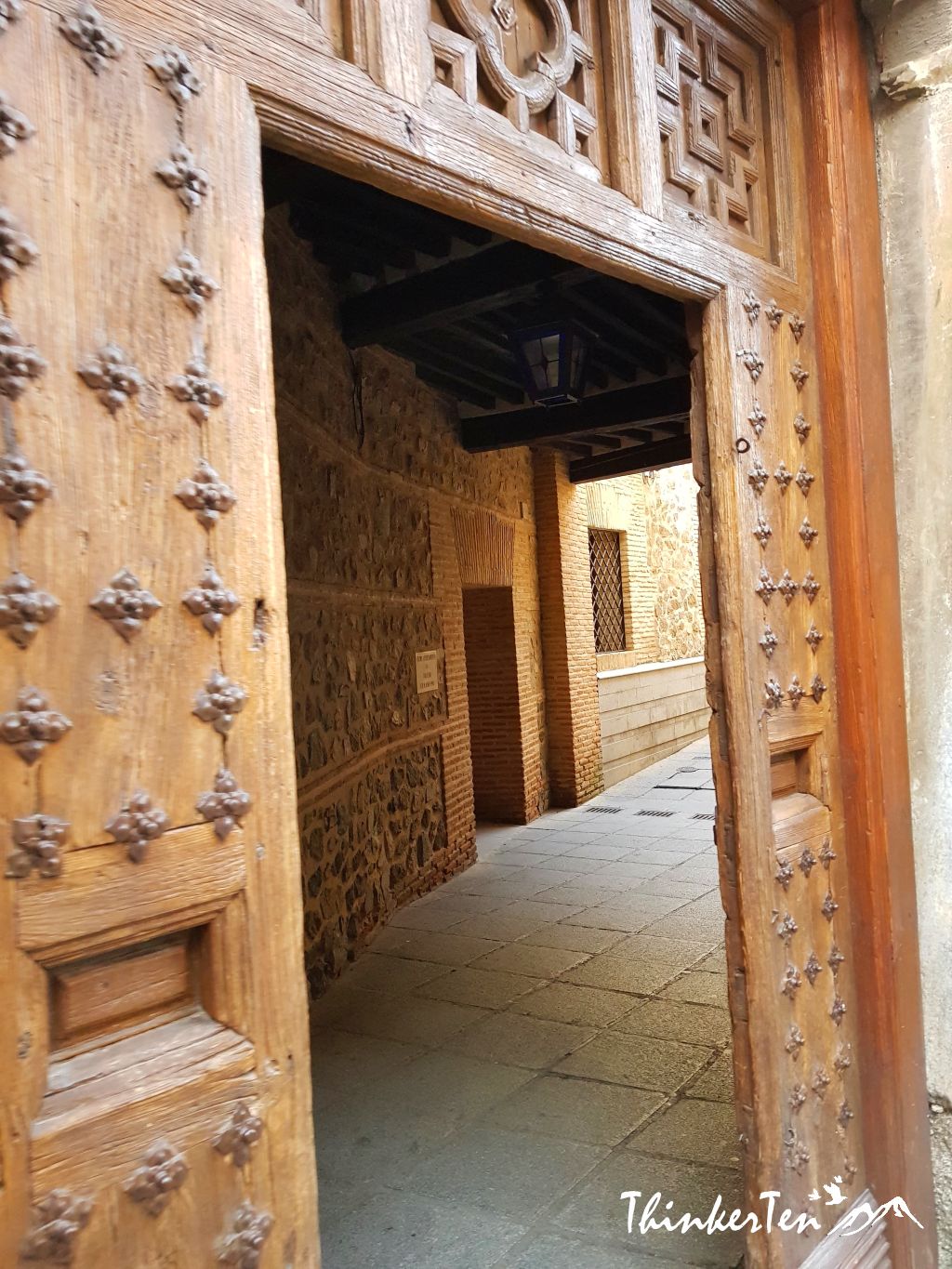 The Moorish art of inlaying gold threads into black steel. It is a popular handicraft in Toledo. 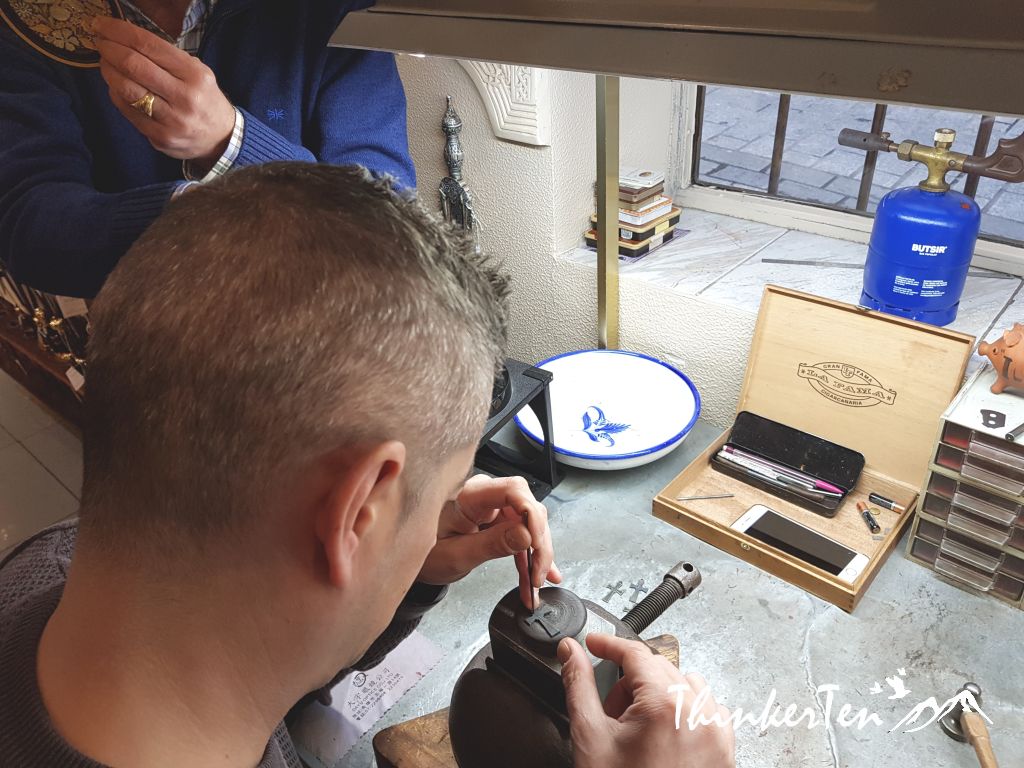 Below are his finished work or masterpiece for sales. 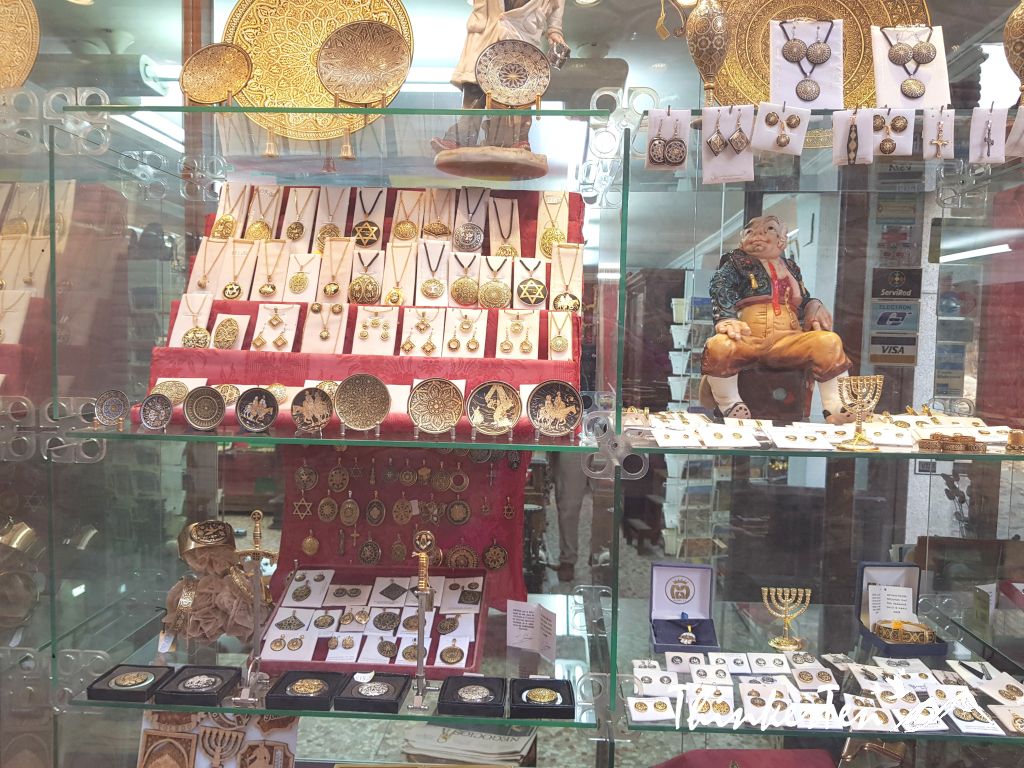 It was the neighborhood for the Jews lived in the Middle Ages. You learn about a large Jewish population lived in Toledo during the Spanish Reconquista and how they preserved their Jewish faith while practicing Christianity. 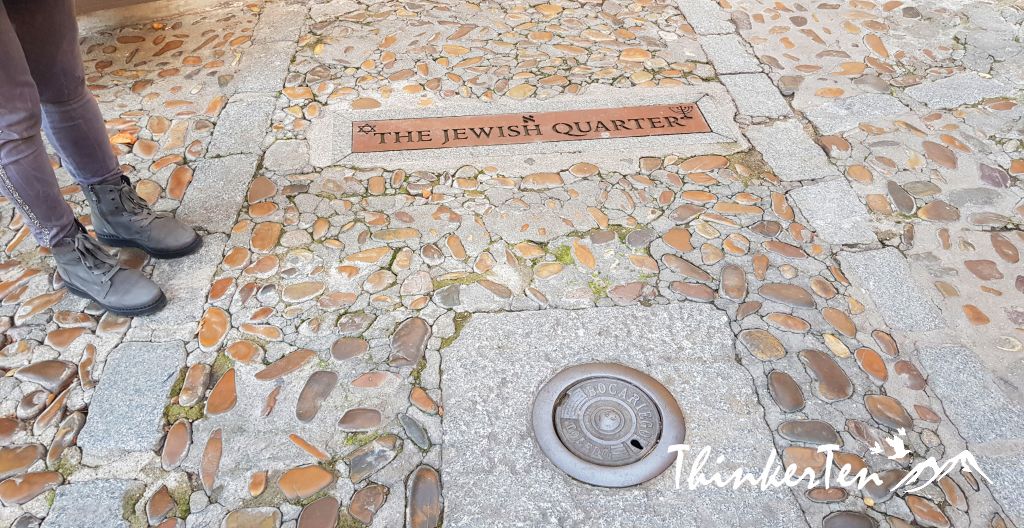 Make sure you look to the floor and check out the little tiles that are scattered around with symbols.  These are the markers in the Jewish quarter. 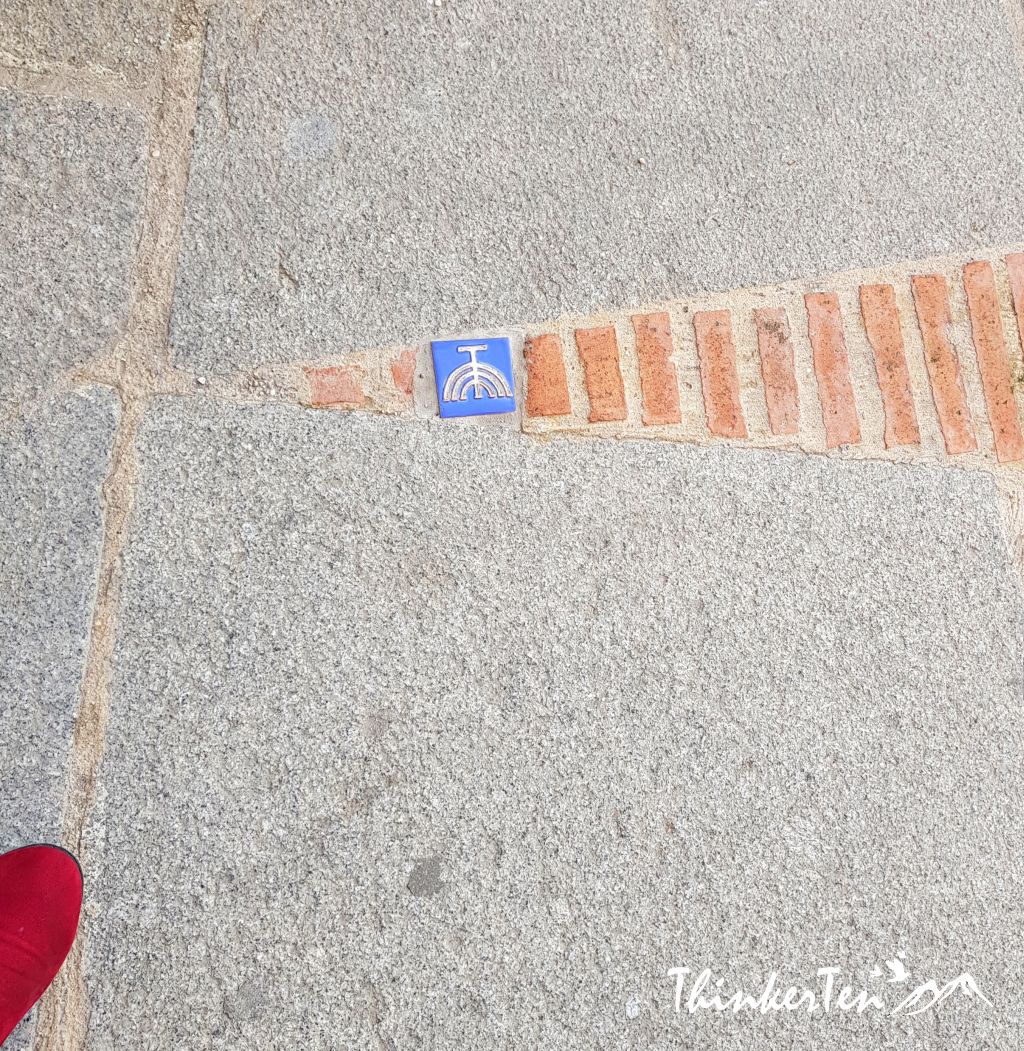 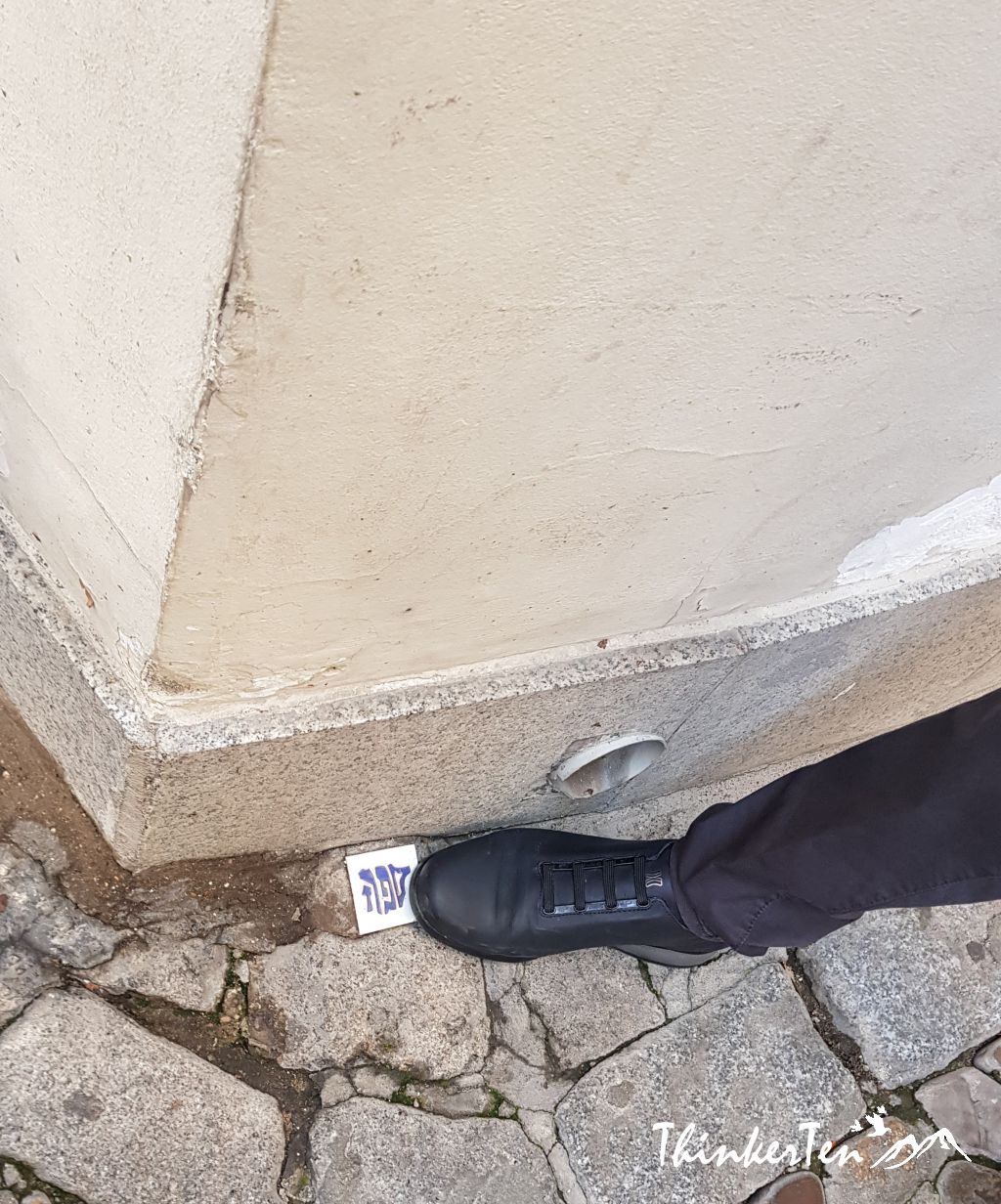 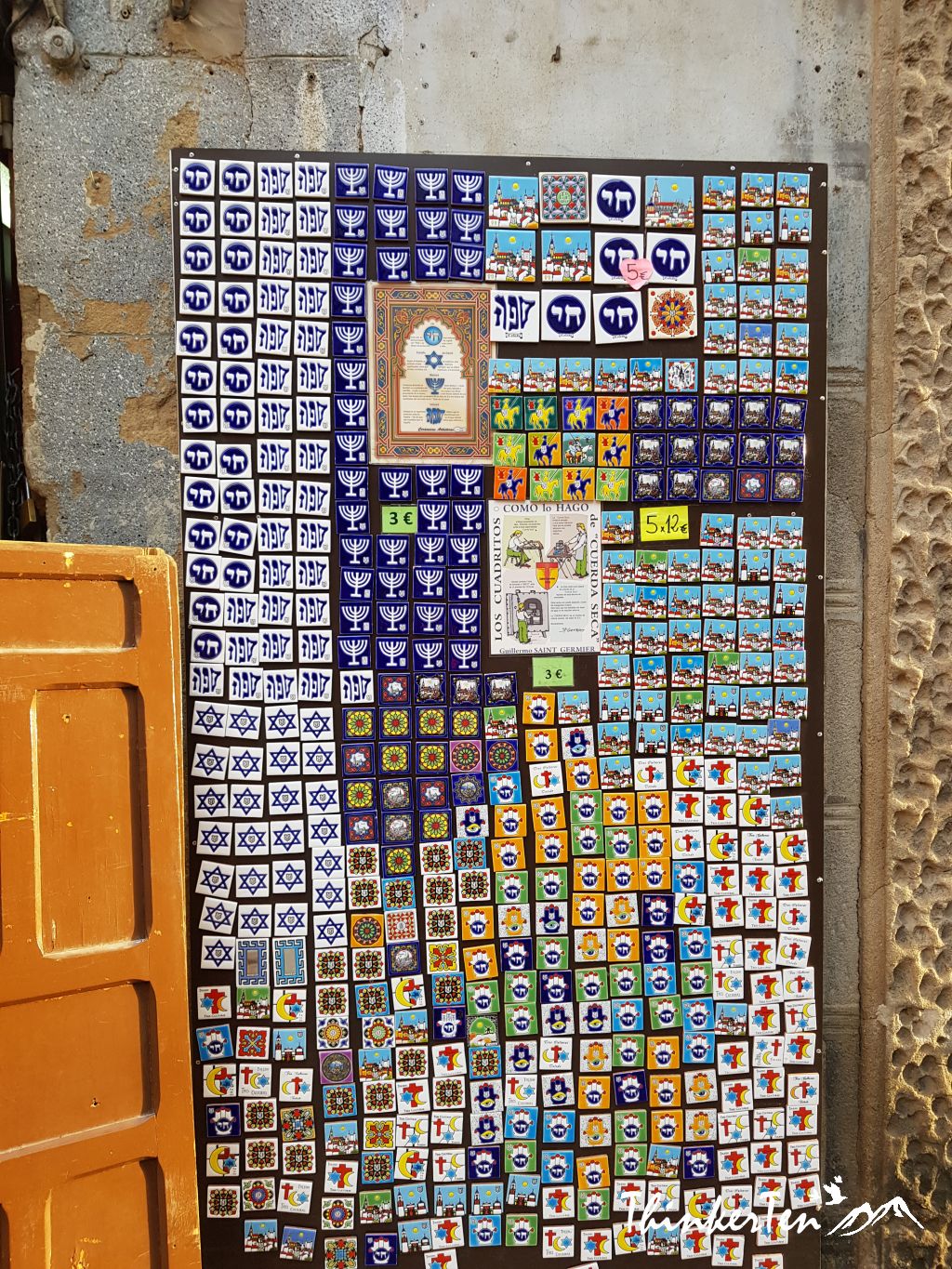 This is an ancient synagogue converted to a church. Located in the Jewish quarter of Toledo. The iconic architecture display rows of pillars supporting 28 horseshoe arches, influenced by the Moorish style. 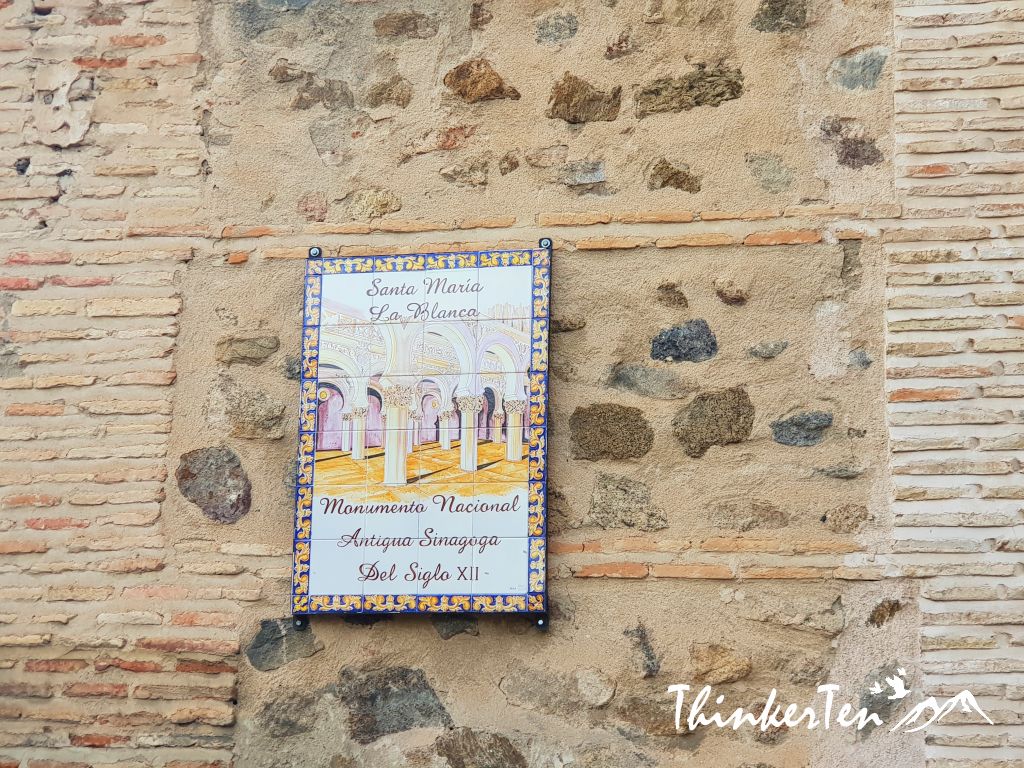 This is something you may want to do with just 10 Euro. You are able to see the city of Toledo from another angle. It is said the longest urban zip line in Europe, it flies across the river Tagus in 20 seconds. 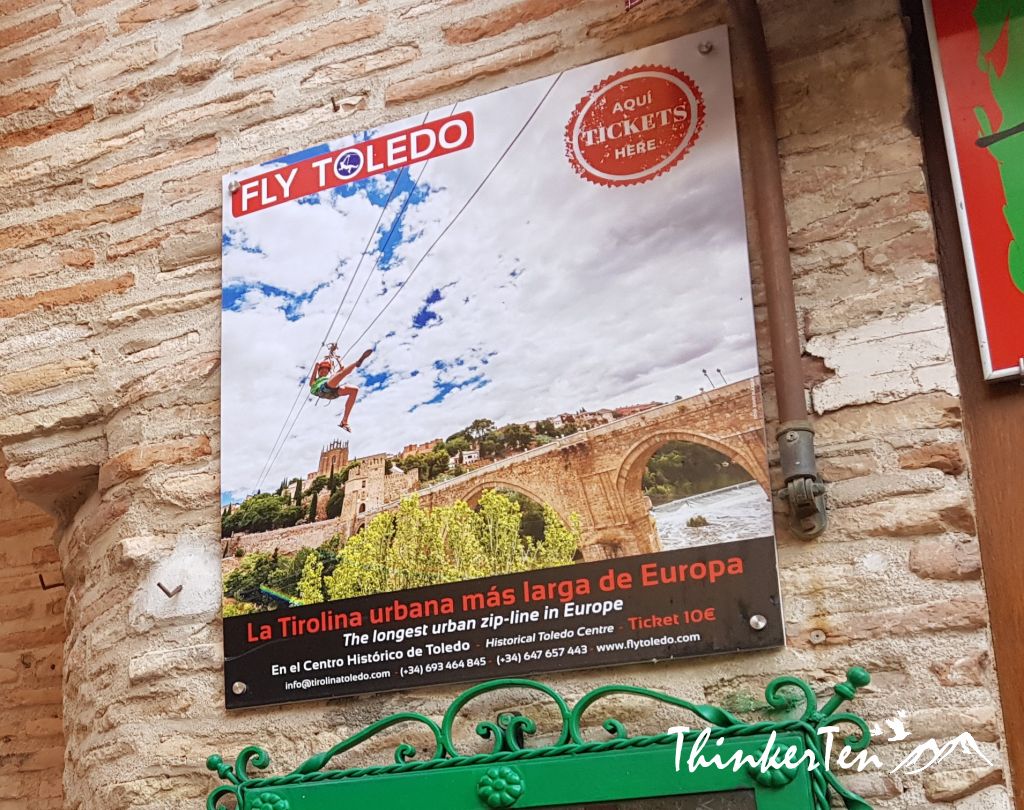 Spotted an olive tree in one of the home gardens of Toledo. 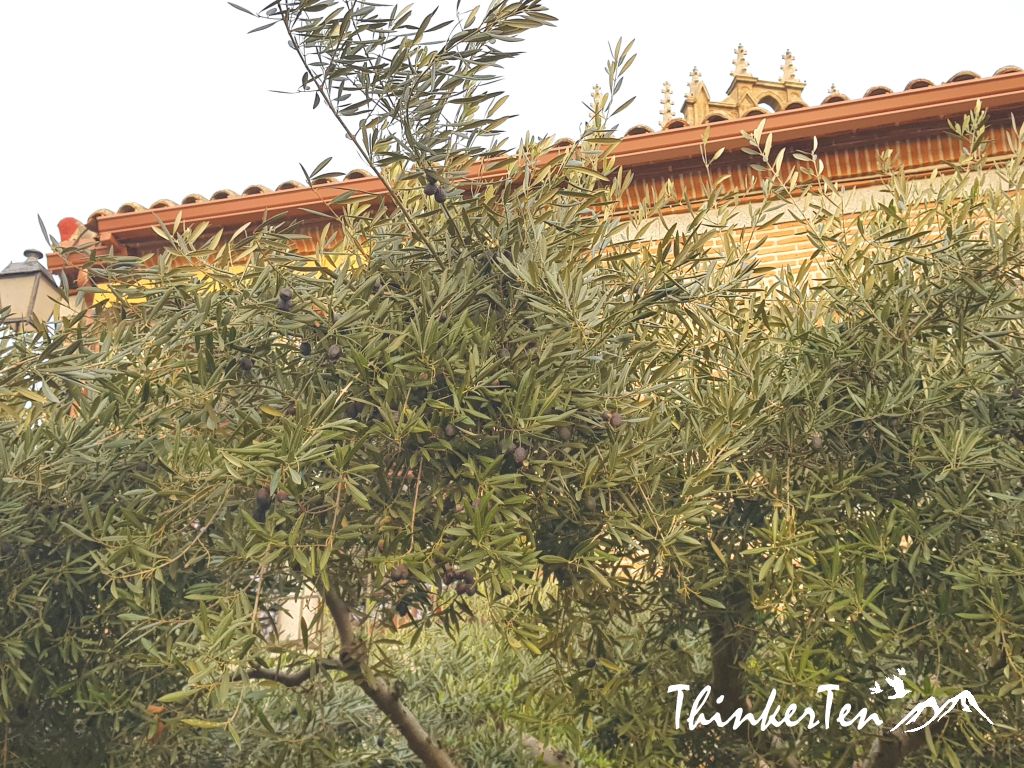 The first thing you notice about Toledo Spain is the city is ancient and untouched.  No new buildings in Toledo city which make the whole city very beautiful and rustic taste. The most famous Hollywood’s weapons are from Toledo so there is plenty of souvenir shop selling long swords in the whole city. 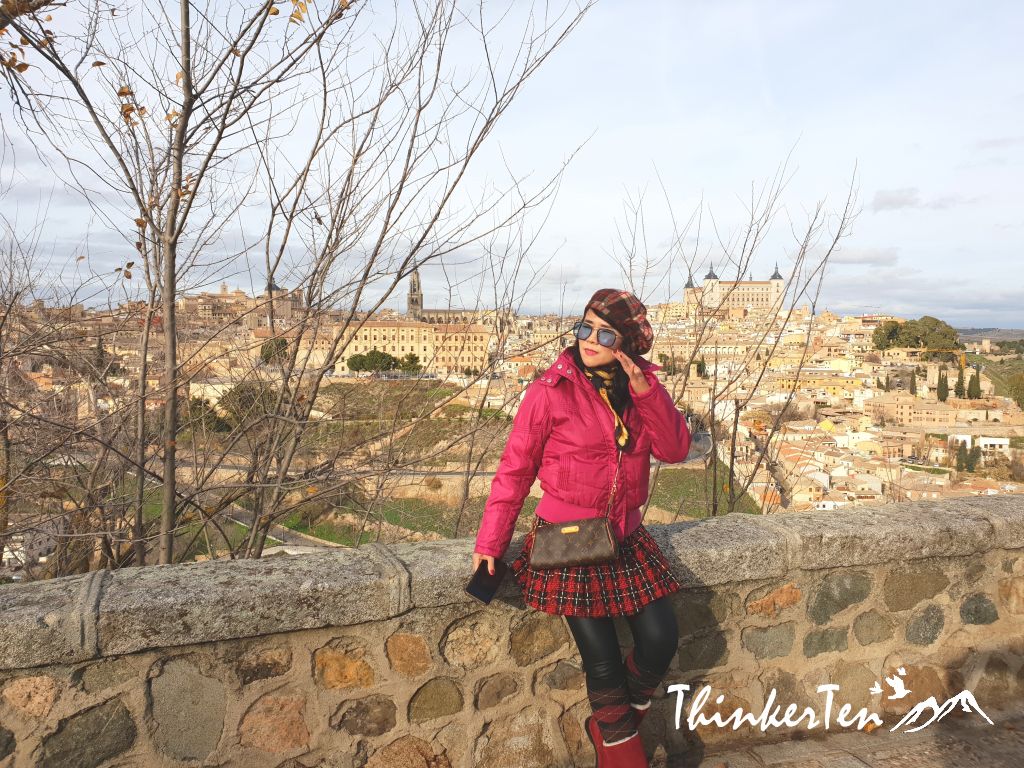 Japan : Lets “Kuidaore”食い倒れ/Eat till you fall over in Dotonbori Street Osaka! Check out the top food to try!

I was in Madrid last year, and regret not making it Toledo. Never mind – I will be back again in September this year. Only, this time, I will make sure to visit here. Your photos have certainly inspired me to do so 🙂

Glad that you have been to Madrid and love it there. So lucky of you that you are making another trip back to Spain in September. For me, it’s not easy to make it to Madrid, I travel for more than 20 hours to reach there, stopping at Dubai. It was such a long journey from Asia. Spain really opens up my horizon.

This guide is very helpful for my next trip thank you.

It’s so beautiful there, and it sounds like such an amazing place to explore as well. I would love to take the family there.

The narrow buildings with cobblestone streets are some of the interesting features in Toledo ancient city. Whole city is untouched for hundred years and declared as Unesco world heritage site.

wow this is so awesome!! The bridge as a finalist for one of the 12 treasures of Spain is so cool!

Dear Brianna,
This Roman stone arch bridge was built with the order of Roman Emperor Trajan to connect both sides up to Portugal city. Under the bridge is River Tagus. Glad the bridge is still survive after so many years.

So many things to see in one city. It looks so beautiful, I’d want more than a day here I think.

Wow Toledo, Spain looks incredible. There’s so much to do and see there! Looks like a brilliant place to take the whole family

I live in Spain and keep saying that I should go and visit Toledo, but I didn’t do it yet. It looks like such a fascinating town, especially that it keeps it’s old look. I can imagine it’s fun to hunt for the Jewish street signs! 🙂

Wow, you lived in the beautiful city of Spain, how awesome is that. I would love to go back to Spain and spend few months to explore this beautiful country slowly.

Great post, I am such a huge history lover so it’s amazing to hear about new places like this.

Spain has so many vibrant villages with gorgeous streets that has full of characters. I love seeing these interesting old town, the cobblestone streets, the buildings and the food.

Wow, your pictures are so beautiful! I would love the opportunity to visit Toledo! I’m adding this to my forever growing bucket list! Thanks for sharing!

Spain is the perfect destination for anyone who like photography, All angles create a good backdrop for photo shooting.

I have actually never heard of Toledo but wow what a beautiful city! I am dying over all of the artisan shops! -Tonya Morris

Looks like you had an amazing trip. Toledo has so much beautiful architecture and is sure to have lots of history to explore.

Ah I miss Toledo so much! Reading this brought back so many great memories for me, and makes me realise I need to return to Spain this year. Love your photos too!

That old building and the stone alleyways are my favorites. I’d love to explore those!

I always enjoy seeing pictures from the far corners of the world; so much charm! Thank you for sharing!

So informative! I love your pics!