When you are planning a road trip from Sydney and Melbourne ( the total duration is 9 hrs drive), Canberra and Albury are two cities that are suitable for a stopover to break your long journey.

Albury is a small town between Canberra and Melbourne, it makes a great stop to break in between these two cities. Just about 3.5 hours from Canberra and 3.5 hours more to Melbourne. Albury is still located in NSW Australia and if you were driving from Sydney, it will take 6 hours. 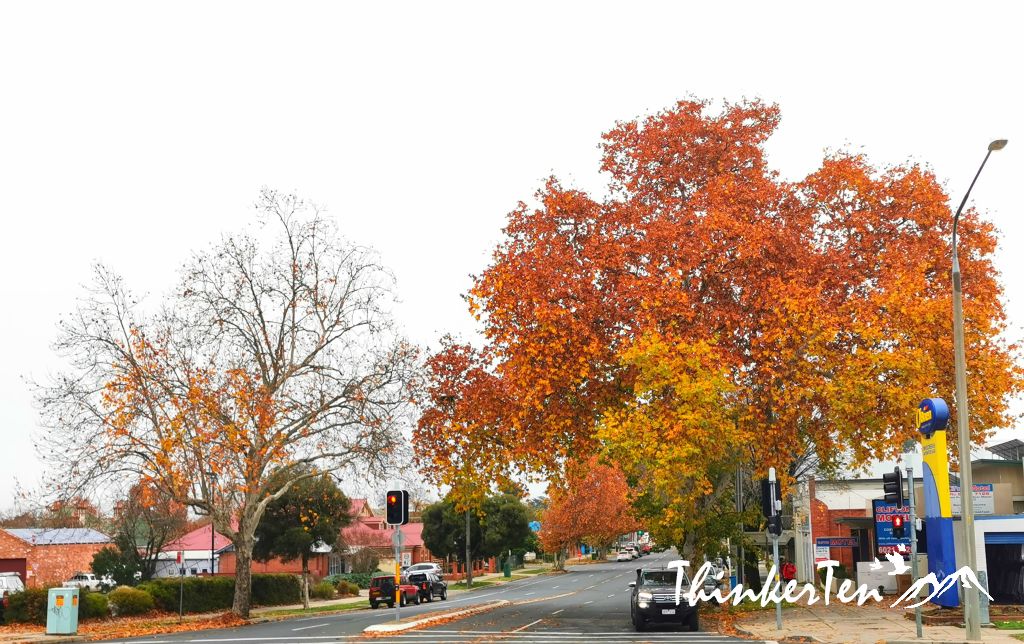 There are not many things to do in Albury, to be frank, but since we were here before we left for Melbourne, we visited the old train station which was built in 1880s. The front facade is under minor maintenance so you see blue plastic covered and make it a little ugly but I am sure without the blue plastic cover, it looks stunning.

This is a heritage listing building in Australia which attracts admirers of architecture all over the place. There is a grand symmetrical Victorian Italianate style building with a tall central tower topped with a decorative cupola. 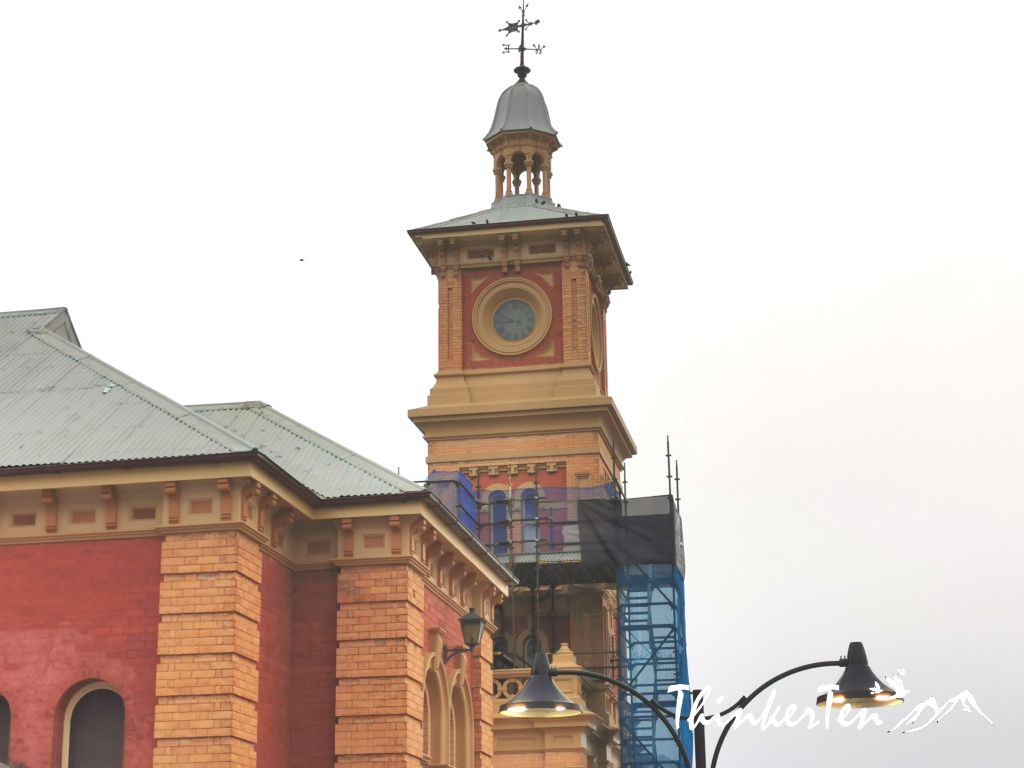 Even if you are not traveling by train, you can walk in the train station platform to admire the intricate metal lace decorating the sidewalk of the station. 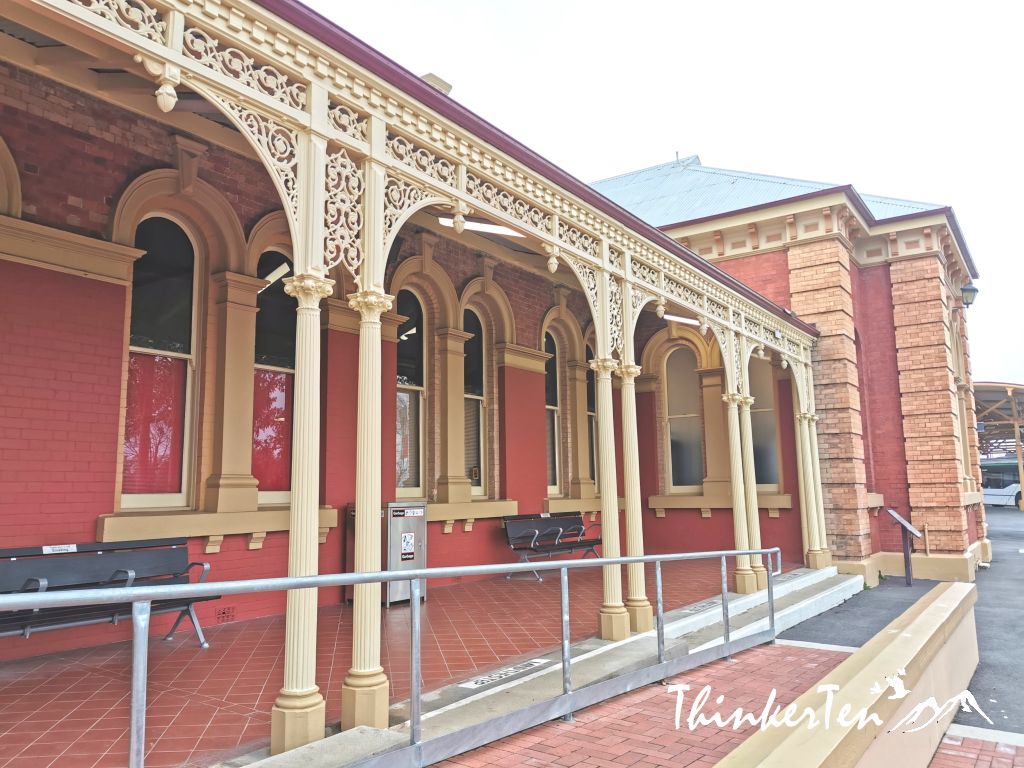 The bus stop is just next to the station.  There are several big coaches early in the morning at just 9 am. 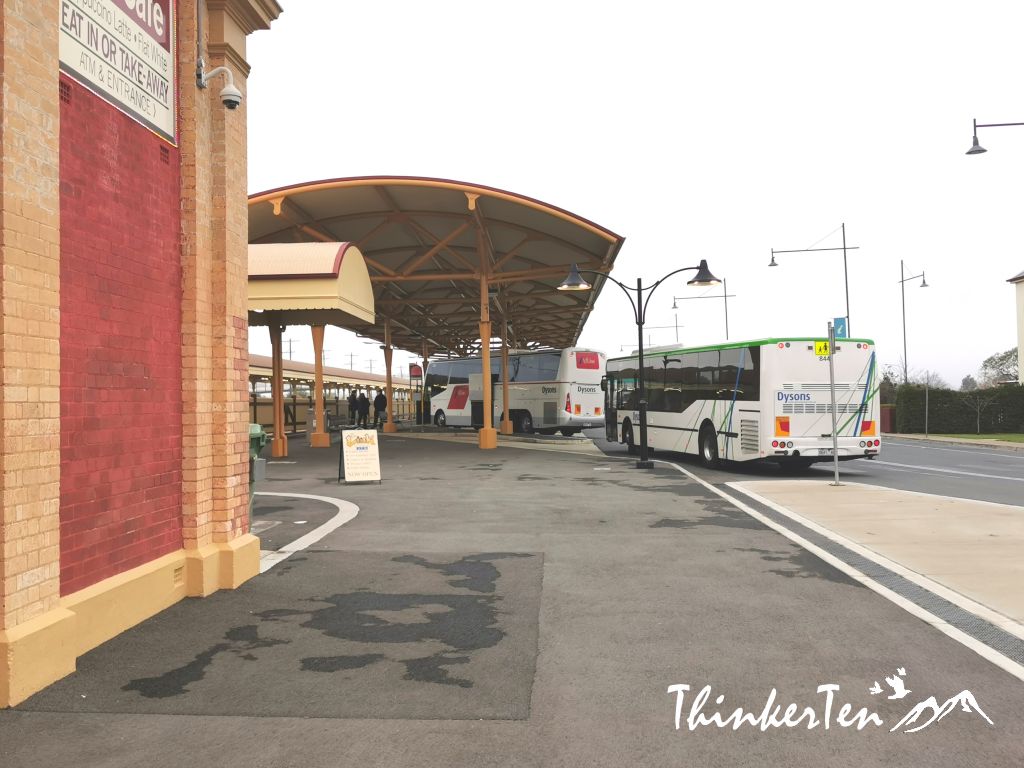 Walking over to the train platform. 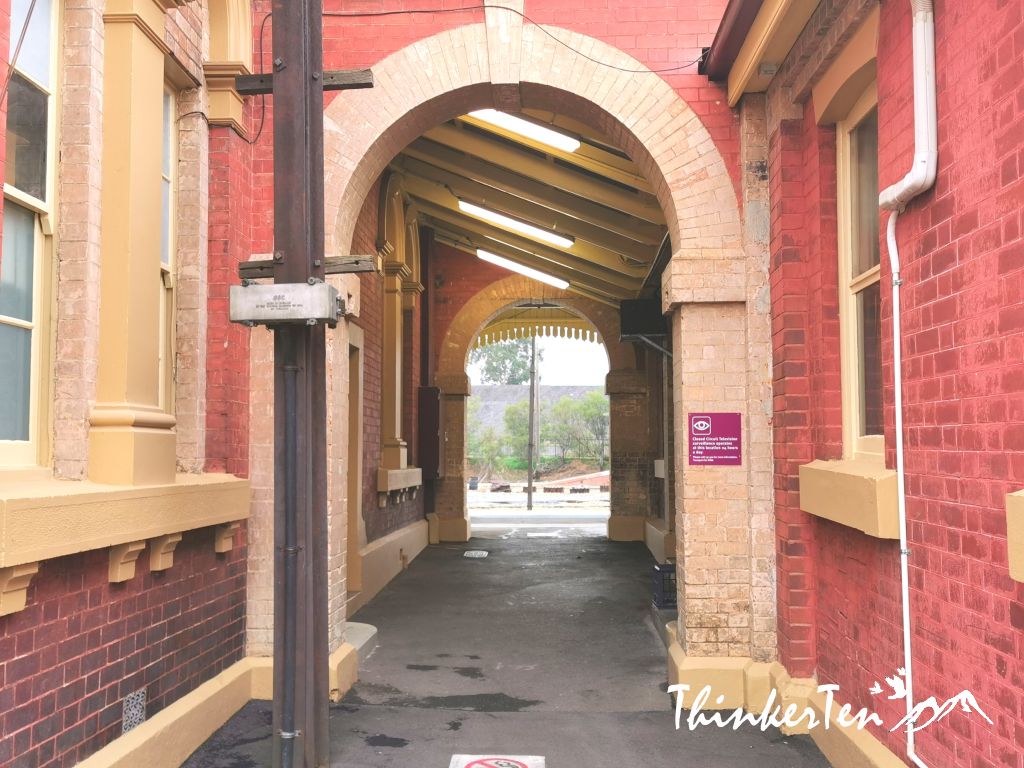 The train station has the longest covered platform (455 metres) in Australia.  The trains run from New South Wales States (Sydney) and Victoria (Melbourne). Wheelchair friendly and easy to access for everyone.  Not crowded at all. 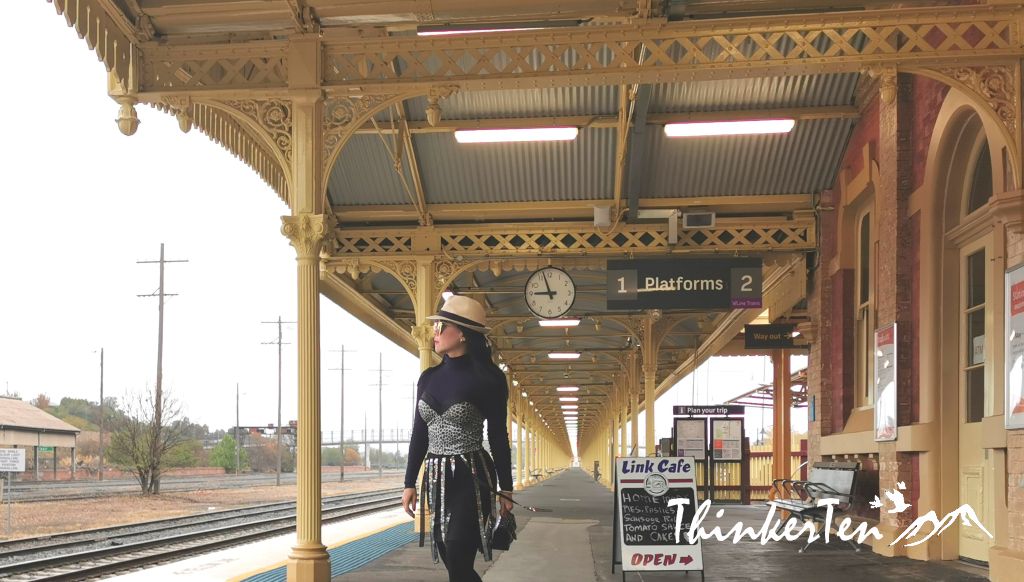 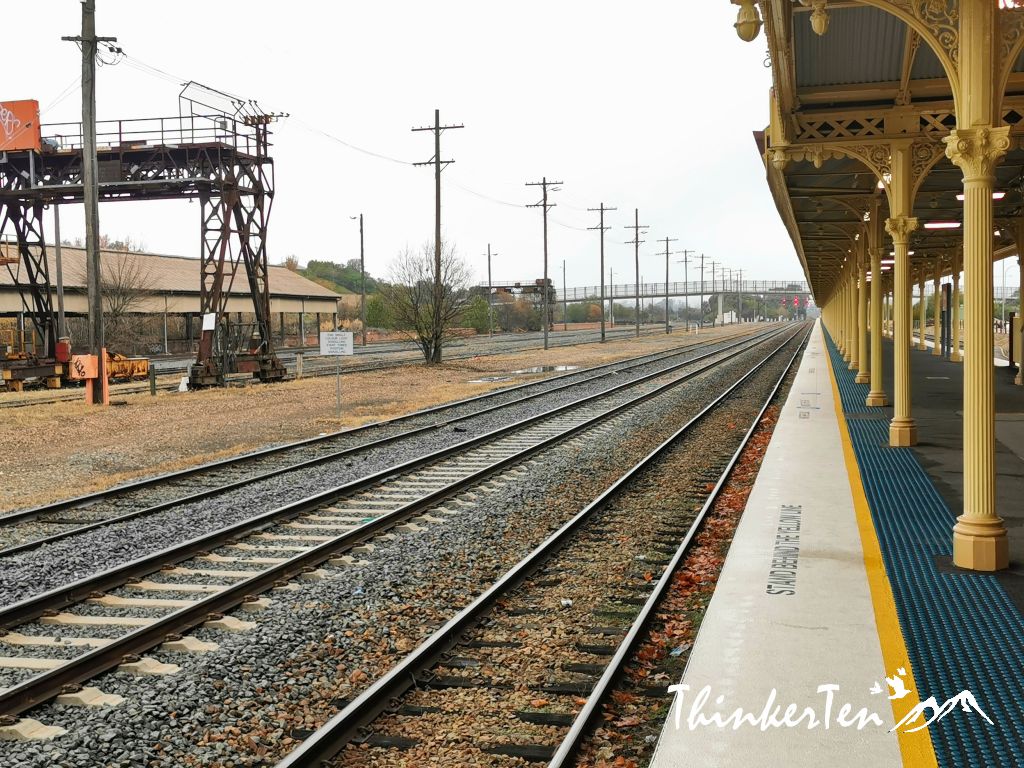 Nearby there is the station master’s house, which has been converted into a visitor information center. 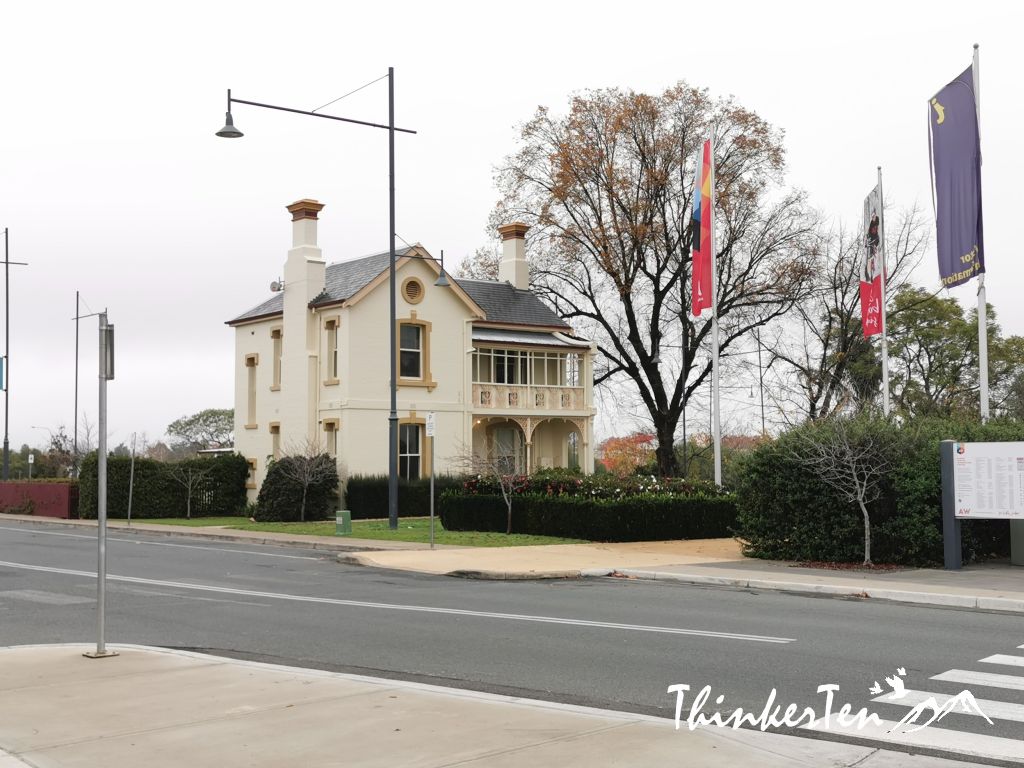 Easy parking near the train station near the roundabout and at the front of the shops.  One of the shops is cycling rental shop.  Apparently, Albury has more than 50km of interlinked on-road and off-road trails and pathways provide cyclists with a safe and enjoyable means of exploring the city. 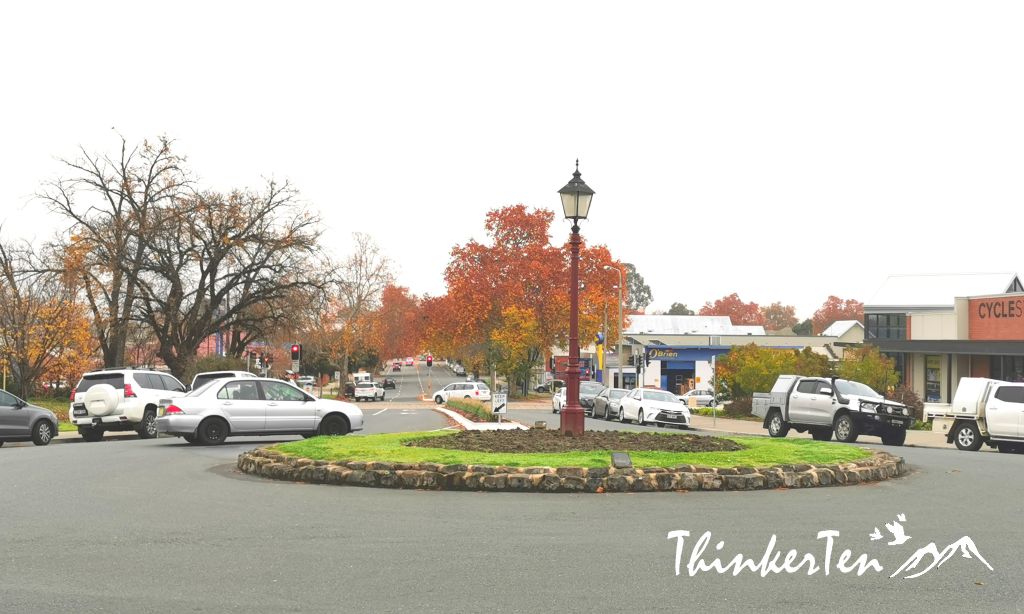 Albury is a lovely town and the train station is one of the landmarks in this city.  It is a beautiful and historical monument to check it out when you here.

Places of Australia that I would never have known without you

See? That’s the kind of thing I love to read about when it comes to travel. I love it when people show me the things that aren’t necessarily on the tourist radar.

What a beautiful place. I love that this is in Australia. I often see the symphony hall, but look at this beauty! Love it.

Thanks for highlighting this. I had no idea about this beautiful landmark.

I love reading your blog posts. I learn about so many places that I may never get to experience in person.

How incredible! It looks like such a lovely little town and place to visit.

You always let me know the best lesser-known hidden gems of Australia! This looks like a really cool place! Trains always intrigue me.

This looks like a great place to visit! My son especially would love this because he really enjoys trains! I’ll have to as my Australian pals if they’ve heard of this!

What a gorgeous train station! I don’t know what it is, but I always love seeing old train stuff.

Thank you for sharing this with us with so much attention to detail and love.

Australia is one of my dream country to visit and hoping to live there someday. You never fails us to give an information about the beautiful places to visit in Australia.

We only stayed in Sydney when we visited last May. That’s an interesting train station. I hope I get the chance to see and try the train when we visit next time.

That train ride looks that it will take forever wow! If you want a really long ride on a train, better try this one. Looks great