When you think of Spain, you think of Barcelona and Madrid. However, Valencia is the third-largest cities in Spain do have a lot to offer. It has a modern side and historical side, please check out the top 16 things to do in Valencia.

Torres de Serranos was a good example of gothic architecture, used as both a defensive feature of the city and also as a city gate. It is an important landmark in Valencia. The architecture is unique. 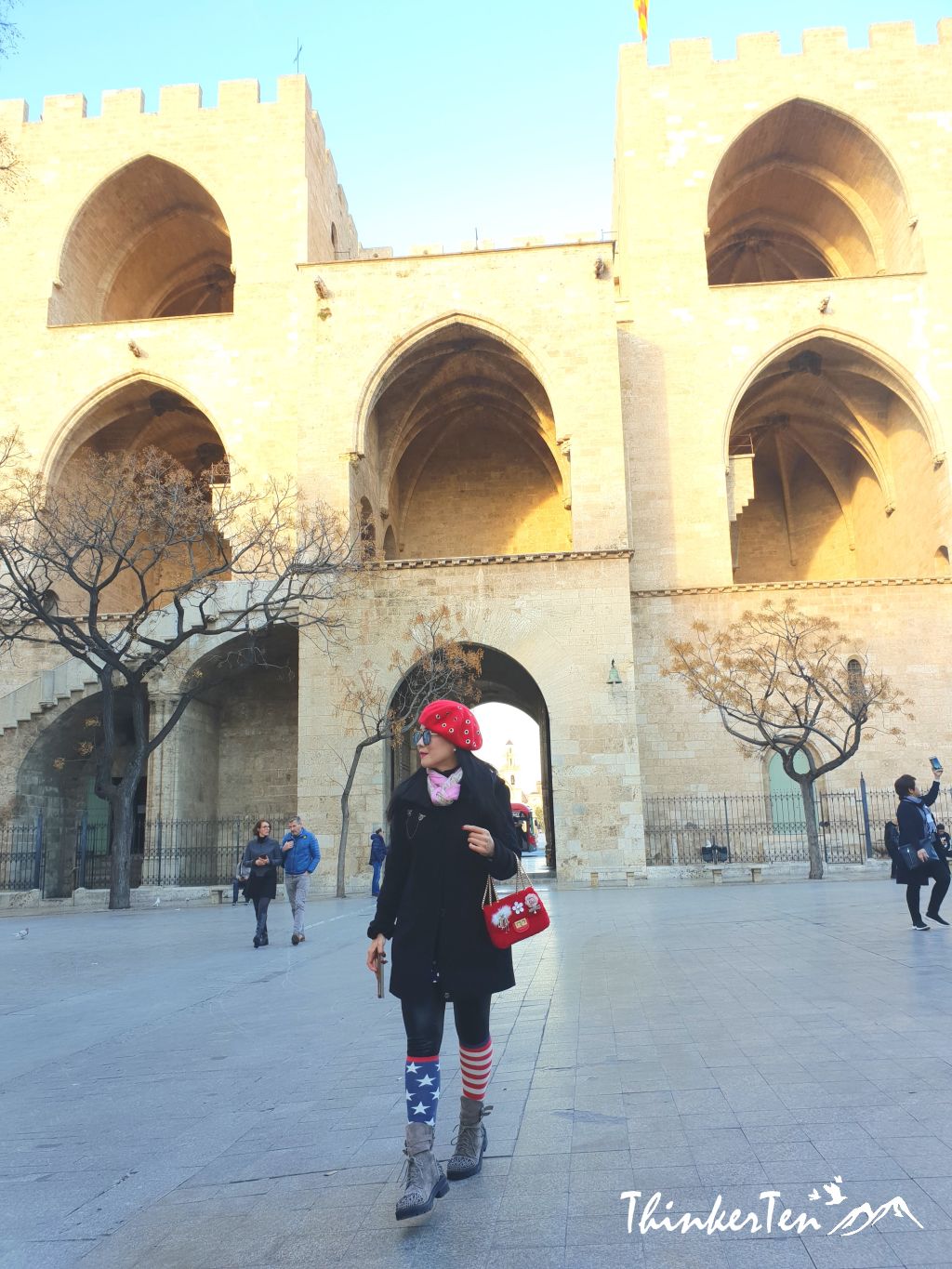 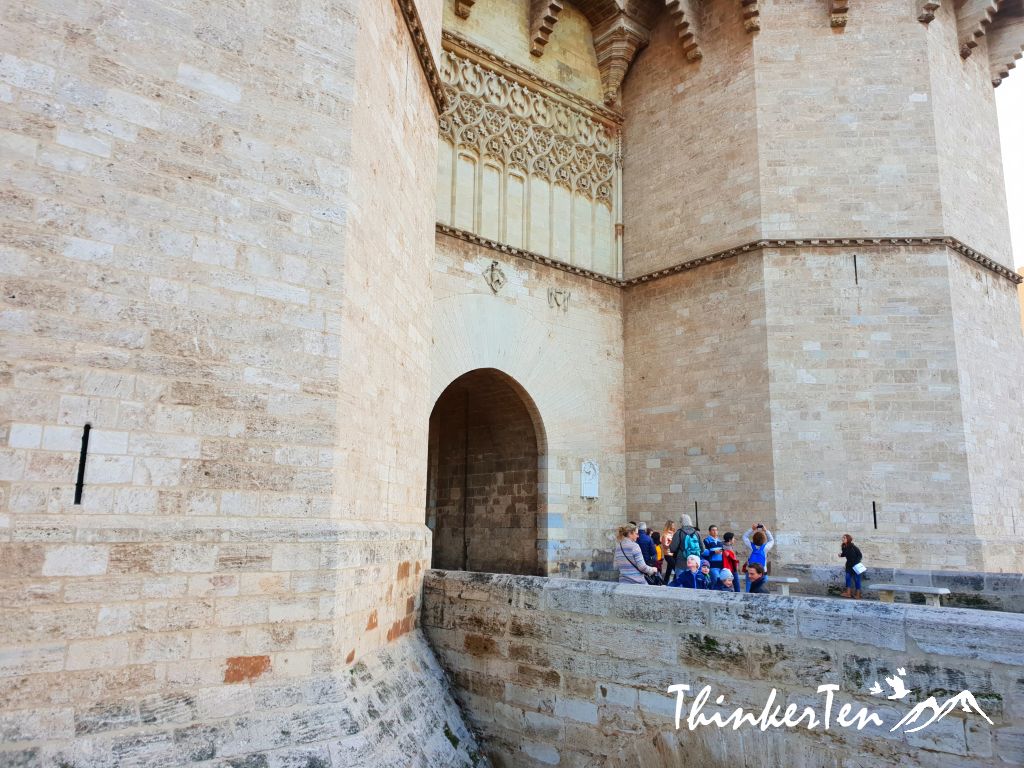 This is Micalet tower, a bell tower of Valencia Cathedral. If you have extra energy, climb up the steps, up to the top to check out the view. Beware, the narrow spiral staircases may make you a little dizzy. No lift up and a small entrance fee are needed.

Plaza de la Virgen is the oldest square in town and a great meeting place with a huge fountain in the middle. The Square is surrounded with Valencia Cathedral where Holy Grail is, the cup used by Christ on the last supper.  Basílica de la Mare de Déu dels Desamparats is located next to the Valencia Cathedral, an important Basilica in Spain that is worth visiting and no fees needed. 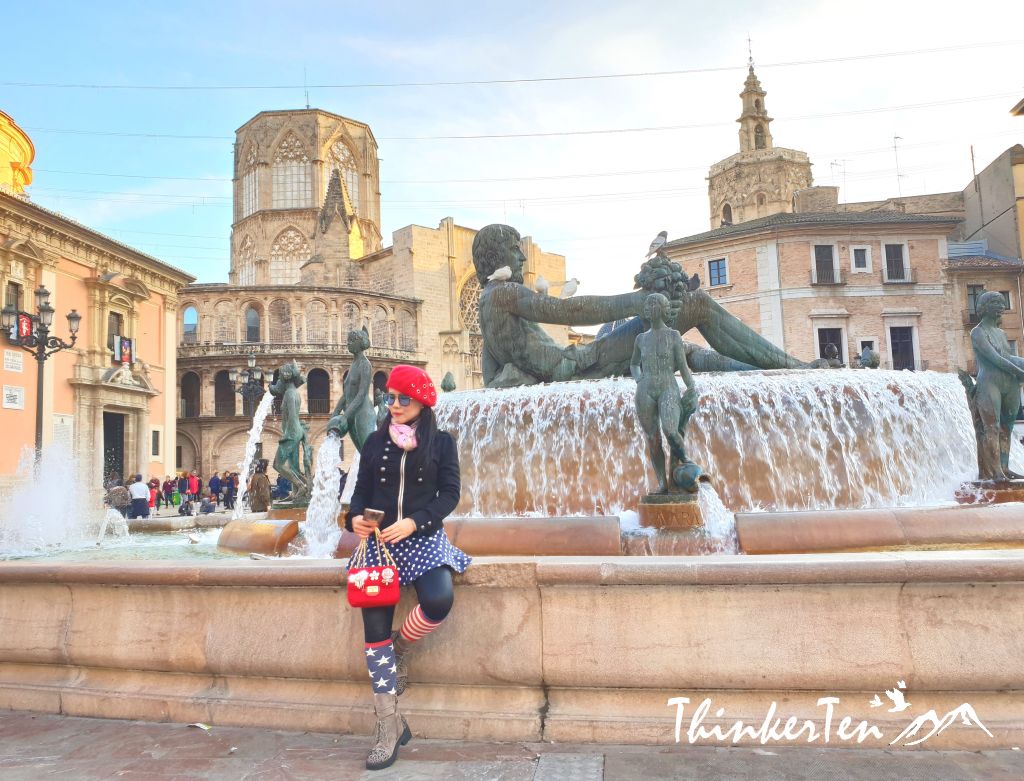 Take a break and sip a cup of coffee or local drink “horchata” (popular drink in Valencia that looks like milk, taste sweet) with fartons (confectionery sweets, looks like a bread).  You can dip the fartons in the Horchata drinks, just like how Spanish eat their churros with hot chocolate. Dip, dip, dip into the hot drinks. 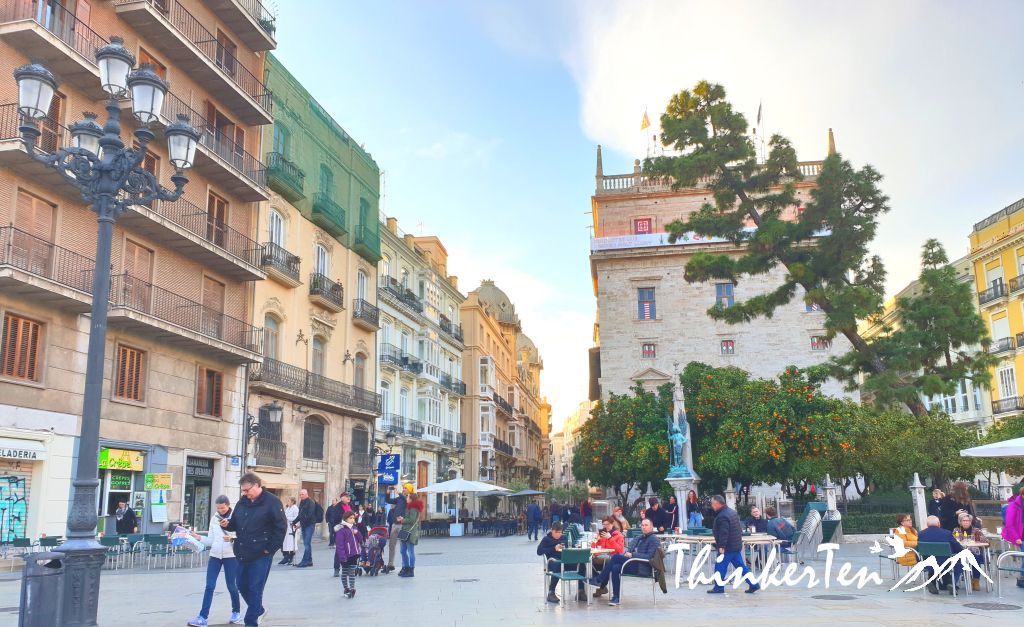 Get a guide to bring you around the city with a bike and it is a unique way to see the highlights in the city.

Valencia is home to the world’s greatest street art. When you wandered through the city, you notice beautiful artwork is done here and there. It certainly creates a lot of curiosity and so captivating!  If you are really into street arts, go El Carmen neighborhood to check out more. 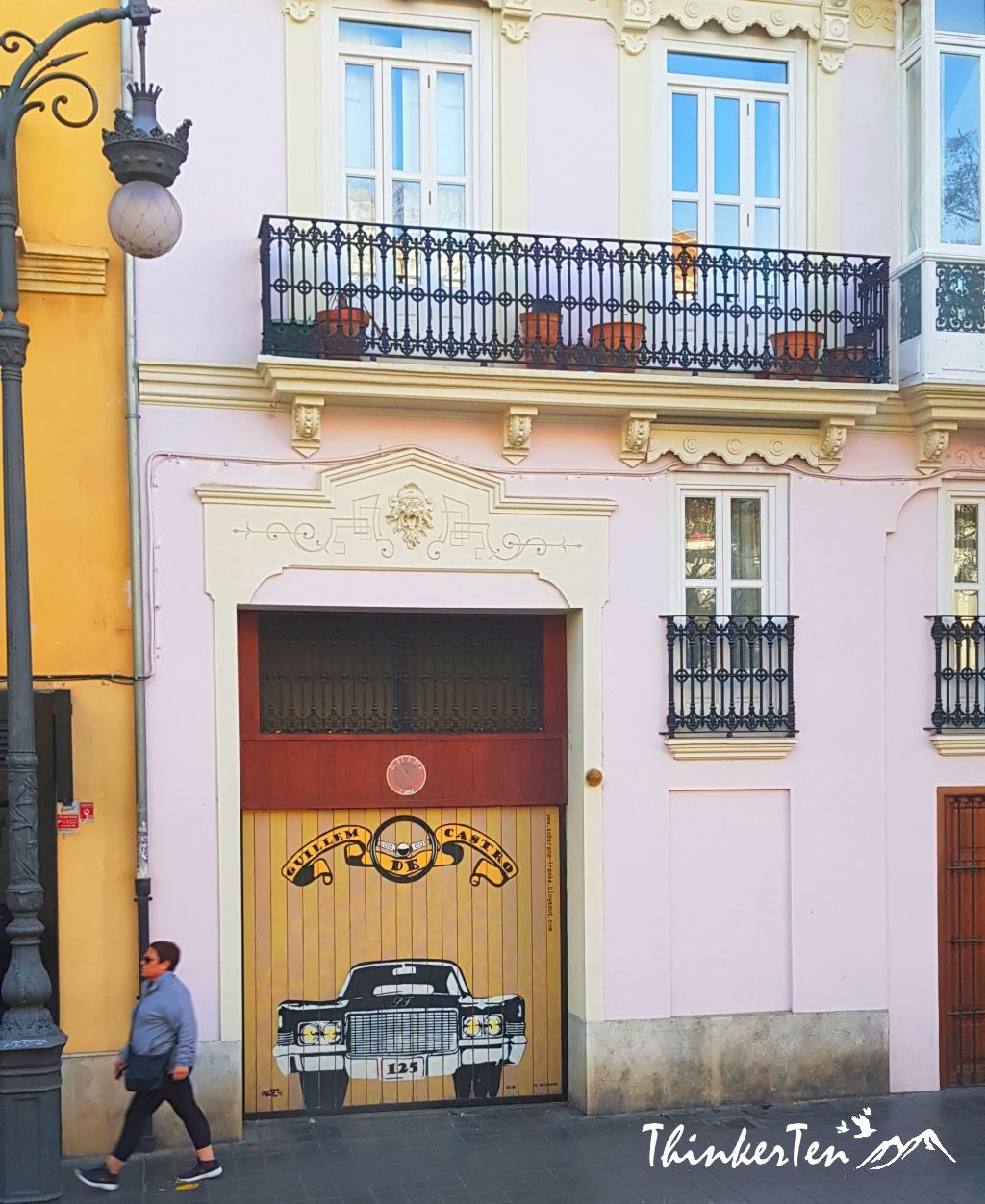 The Quart Towers were a part of this old Christian city wall build in the 14th century. It was used as a woman’s prison and a military prison.  The wall was bombarded during the French siege of the city in the early 19th century so you need uneven scars at the wall. 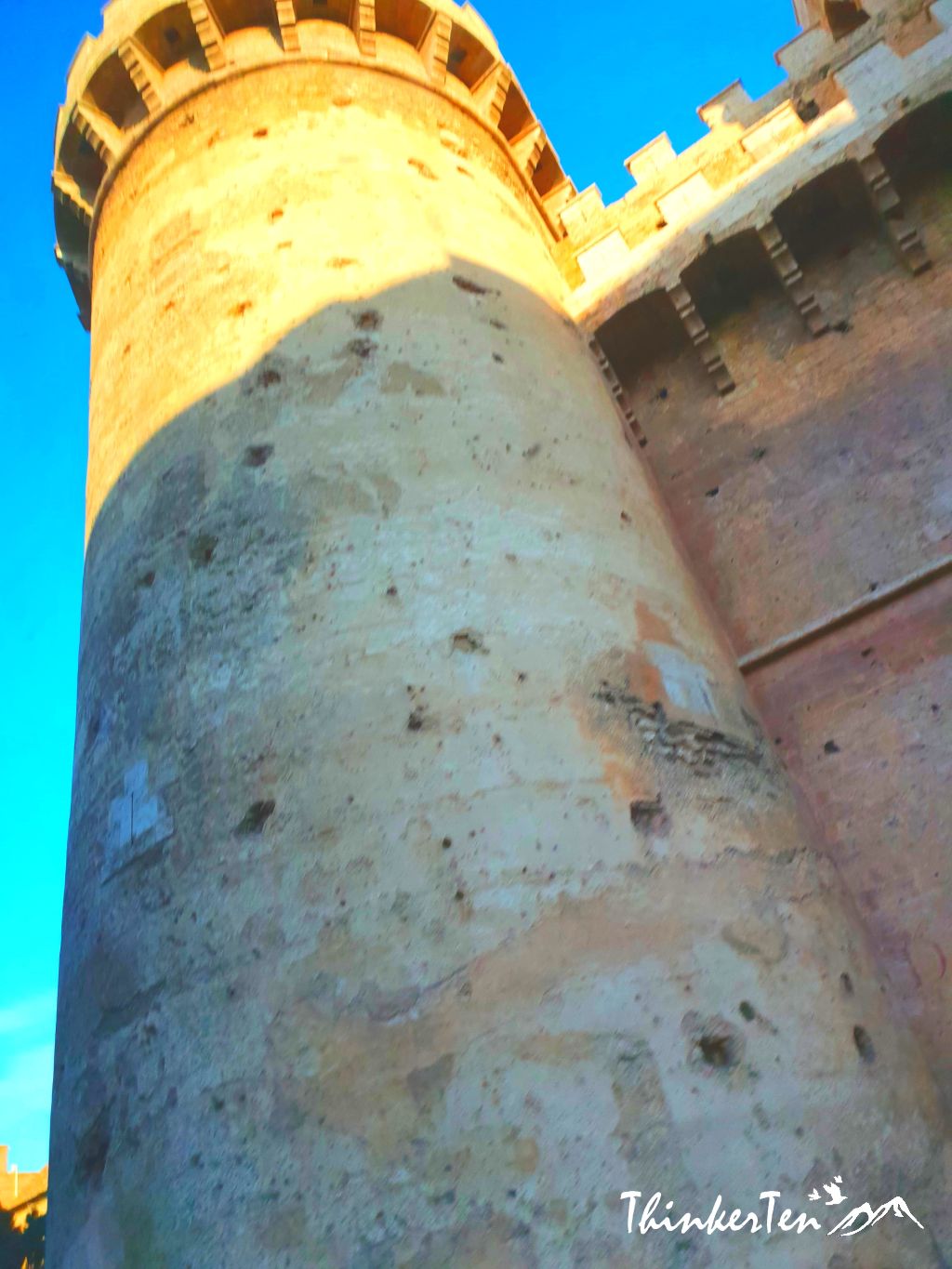 Valencia is one of the best-known city for shopping, you will find main international brands as well as with local Spanish designers. 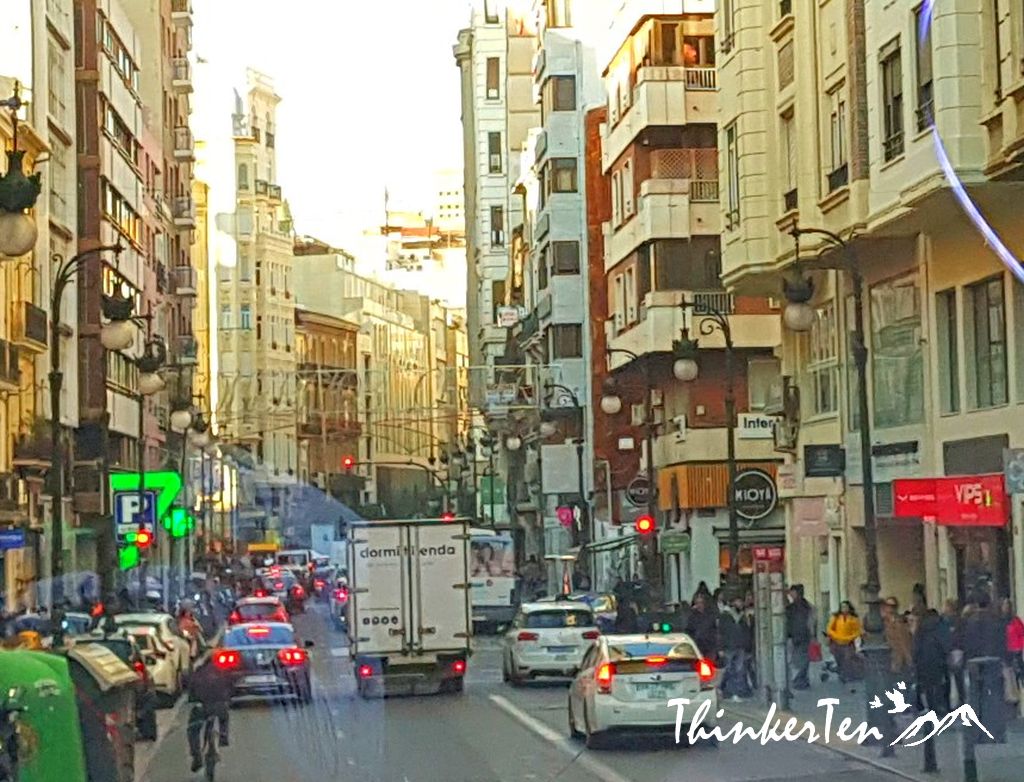 The most famous department store is El Corte Inglés, you see it almost everywhere in the big cities of Spain as it is the leading department stores. Do remember to check out the basement, the supermarket which has lots of interesting local food, fruits, and veggies.  First-class department store!

The train station building looks historical & stunning from the outside, located near the bullring in the city center. The name is called Estació del Nord (Valencia). You can catch the AVE (high-speed) trains from Madrid and some other long-distance trains use Valencia-Joaquín Sorolla railway station, a short walk away, instead. 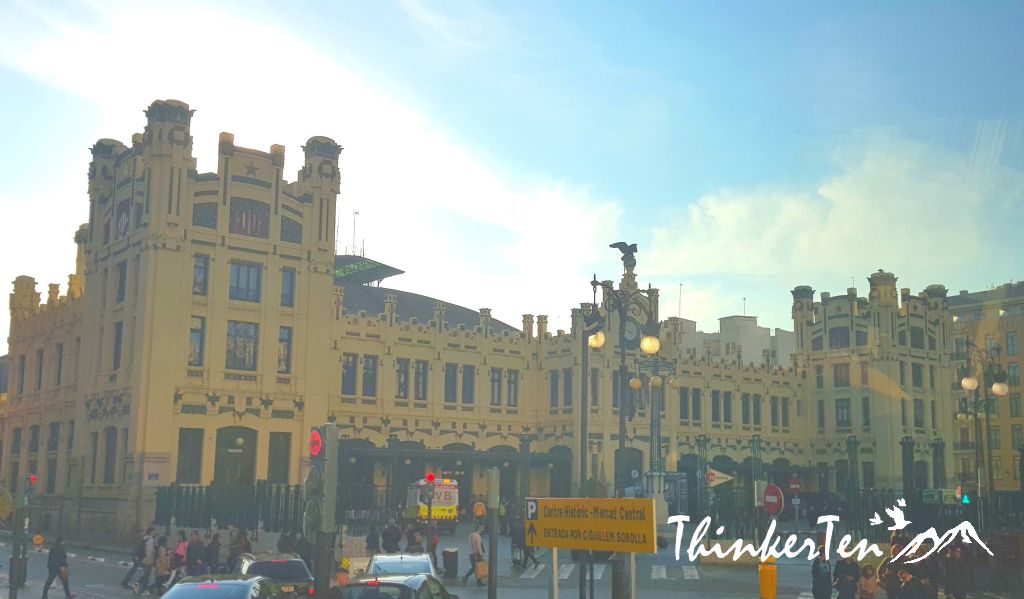 12. Gargoyle at the Puente del Reino

The majestic building has an impressive clock tower with two domes at the side. Inside, there is a grand marble staircase and a museum which tells you the history of the city. Do go up the balcony as it offers great wonderful view of the city. 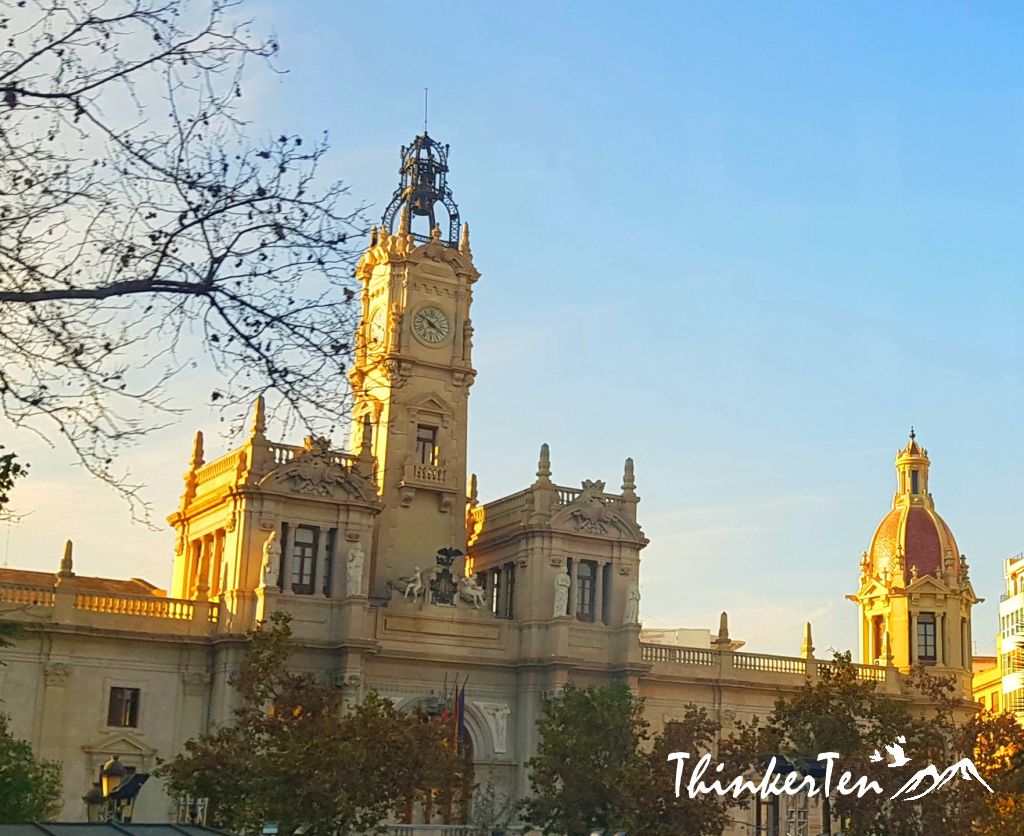 This is one of the oldest bridge in the city of Valencia, built in the Gothic style in the 14th century. In the center are two structures housing Baroque statues of San Luís Beltrán and Santo Tomas de Villanueva, both by the Italian sculptor Ponzanelli. 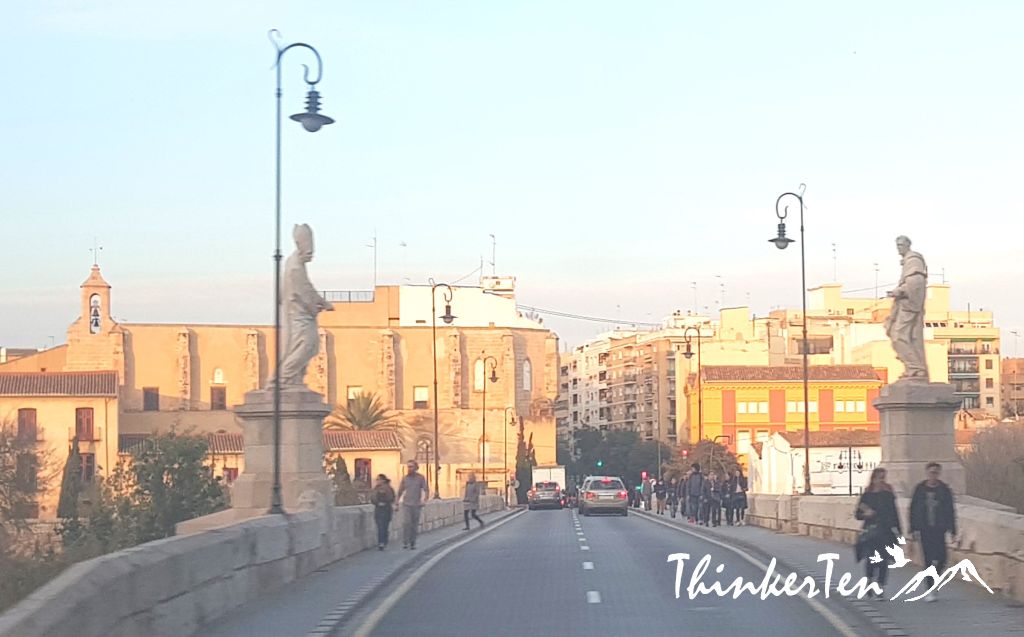 The blue dome building is the Museum of Fine Arts located in San Pio V street. This is one of the most important pictorial museums in the country. A vast collection of some great masters of world painting: Velázquez, Ribera, Murillo, Goya, and Sorolla. The good news is no entry fee needed. 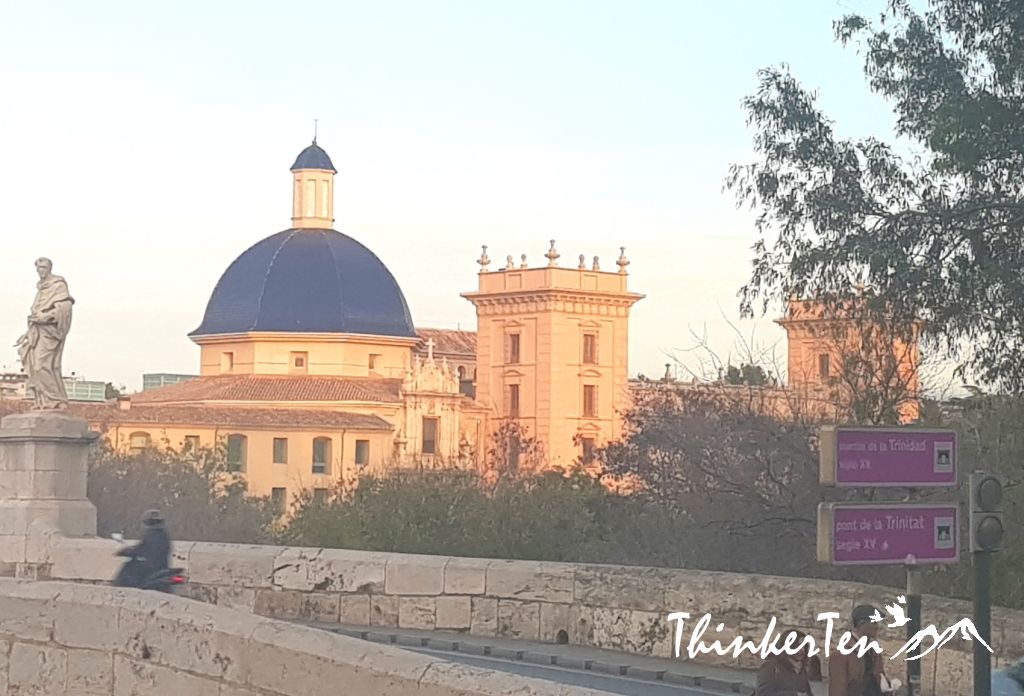 16. City of Arts and Sciences

The masterpiece is absolutely stunning with amazing architecture. Even if you are not into science and arts, you can still explore this place. The whole place is huge so it is good if you explore with a bike. 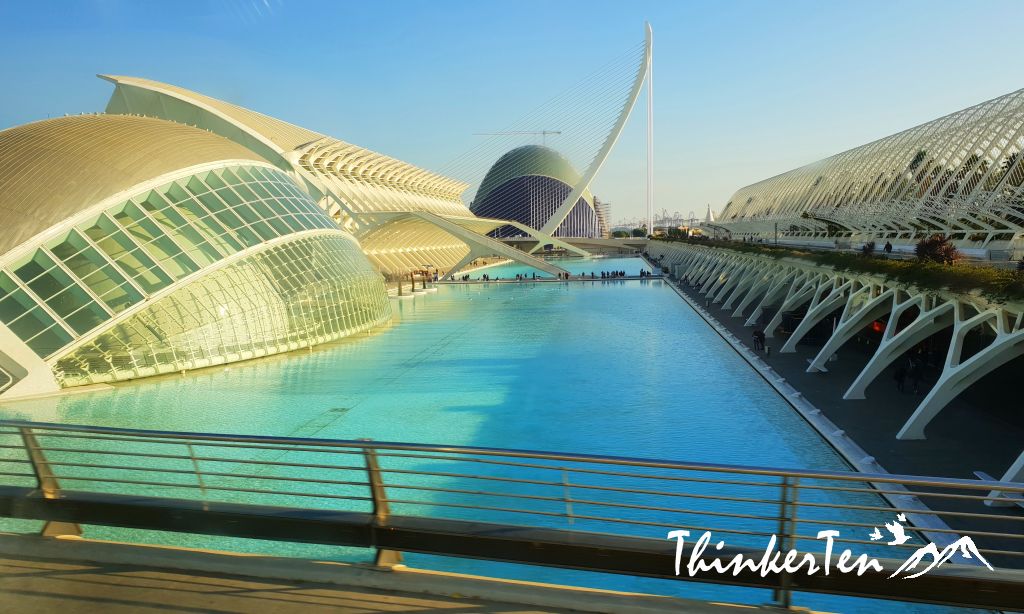 Paella is one of the must-have dishes in Spain is Paella beside tapas, but where is the best city to taste the authentic paella dish? The answer is the Valencia city!

Valencia is certainly another great surprise! The third-largest city in Spain has something for everyone, food, shopping, historical trail, and art & science city. 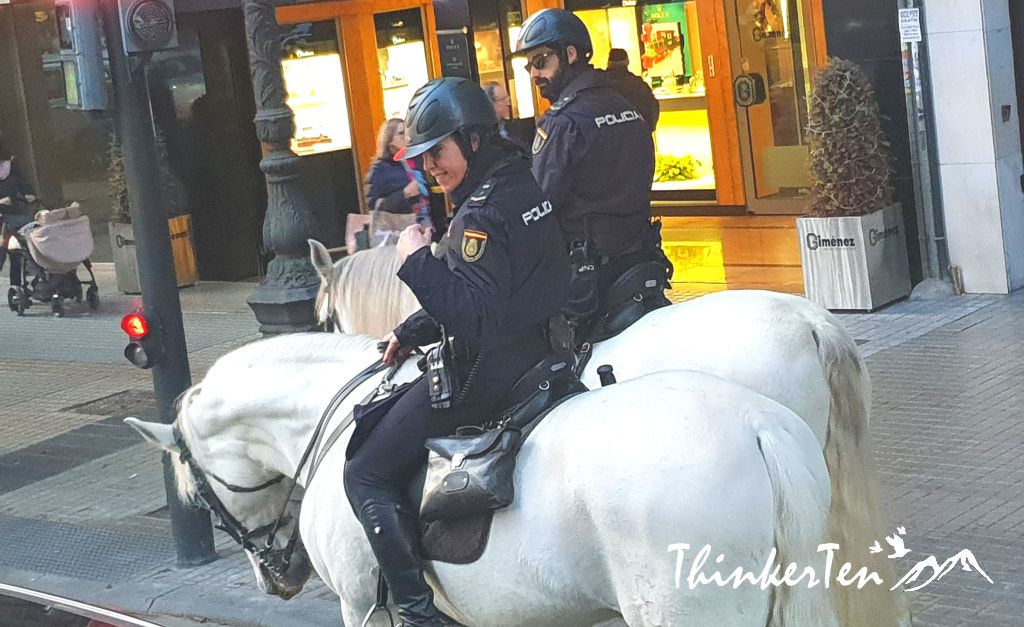 It’s been a while since I was last in Valencia, and I love this city! Horchata is delicious and always reminds me of my time here. The bullring is also a must see here too 🙂

Glad you had tried Horchata drinks and I hope it is not too sweet for you. 🙂

I really wish I had been able to spend more time in Valencia! It was such a beautiful and impressive city for the brief time I spent there. Great list! Makes me want to go back for sure.

I agree, we at least need 2-3 days to explore Valencia. The shopping is incredible and may take up one whole day for the ladies.

Valencia looks like a beautiful city. I’v never been to Spain before. If I ever get there – and I plan to – Valencia is going to be my first stop.

Valencia is the third largest cities in Spain, you will enjoy it for sure.

I love Valencia Spain, it’s such a beautiful city to explore 🙂

Valencia looks like a stunning place to visit. I have fallen in love with architecture and Roman inspired buildings. I would love to visit Valencia with my family.

I love looking at all the cathedrals, they’re so beautiful and full of fantastic architecture. Spain has some of the most gorgeous buildings.

So many cool places and things to do you have listed here. I would love to visit spain one day and when I do I will know what to do.

I love all of the beautiful architecture in the city! It’s gorgeous!

Absolutely lovely! Seems like there’s so much to do in Valencia

I’ve yet to visit this place – but it looks beautiful! With so many great things to do while there 🙂 x