What you would see in Picasso Museum in Barcelona?

During my visit to Barcelona, I had a chance to explore on my own, not with my tour group.  So I thought of going to the Picasso museum to check on some of his work.

Tell us about Museu Picasso

Museu Picasso is the most visited museum in Barcelona, located at Montcada Street, a trendy born district. Visiting the Museu Picasso will enable you to understand the formative years of Pablo Picasso. 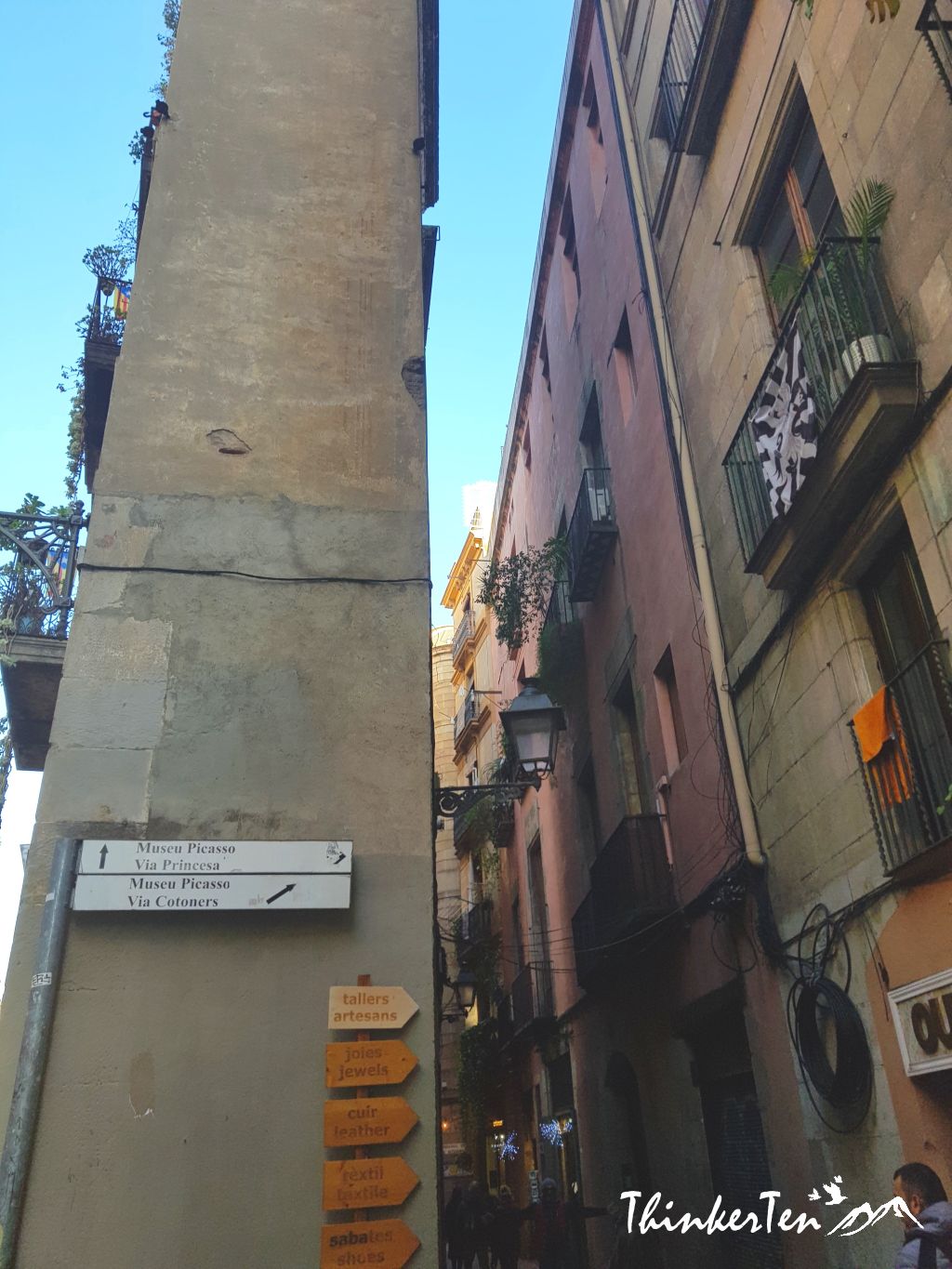 We were lucky to get on the line and get our tickets. The line was long and waited for half an hour to get our ticket. But we heard that tickets can sell out before closing so it is best to buy your ticket in advance online. This will save you the time waiting in line. 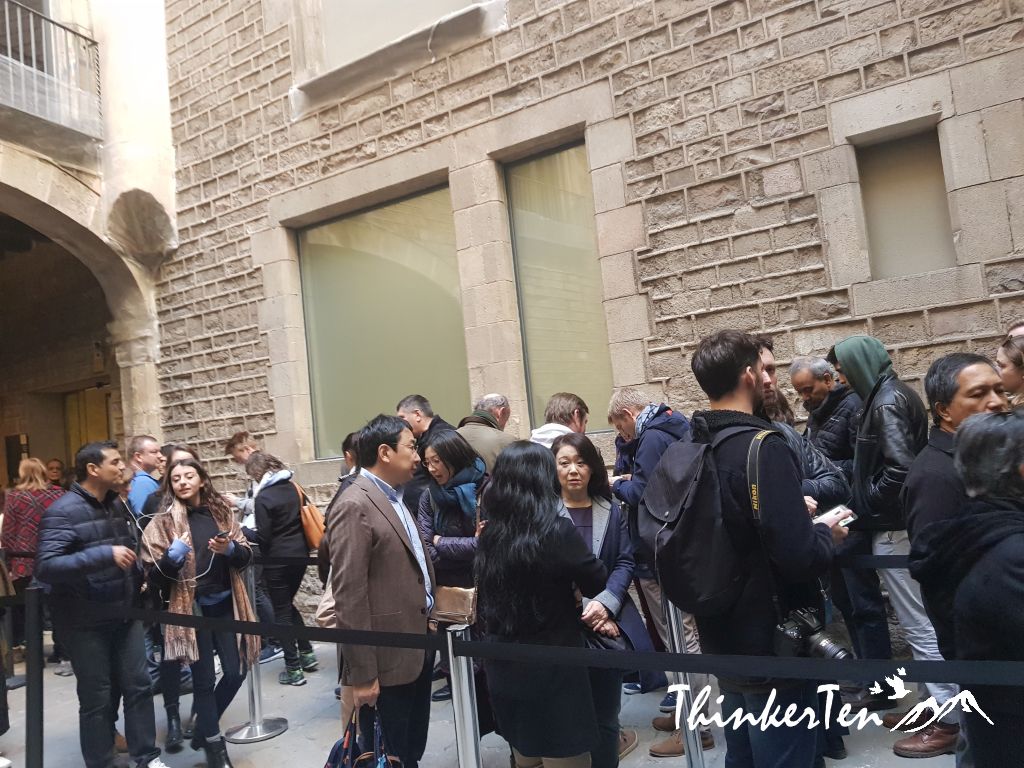 The mansion has a permanent exhibition of more than 4,000 Picassos. You will see most of the works are from his early years and showcase the maturation of the artist. The art pieces there are donated by Picasso himself as thanks to his friend Jamie Sebartes, the founder of the museum. 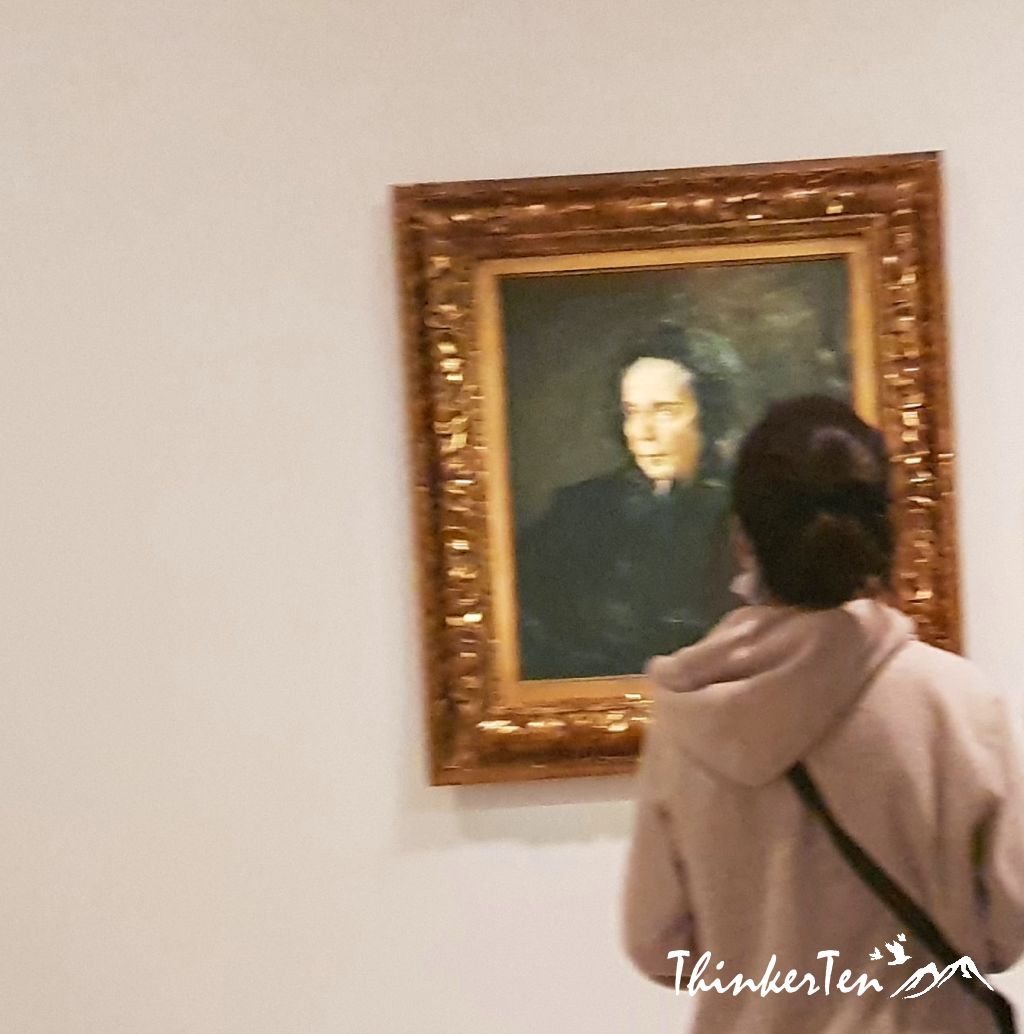 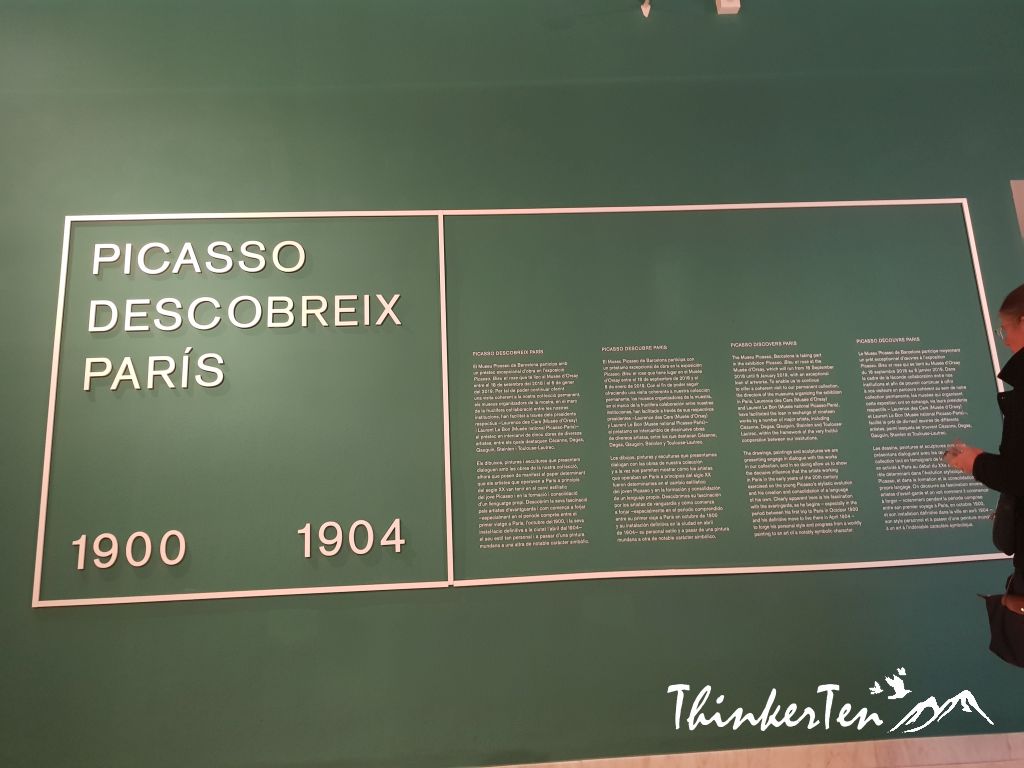 The museum is the stone mansions so it is quite a unique experience to walk through the museum. 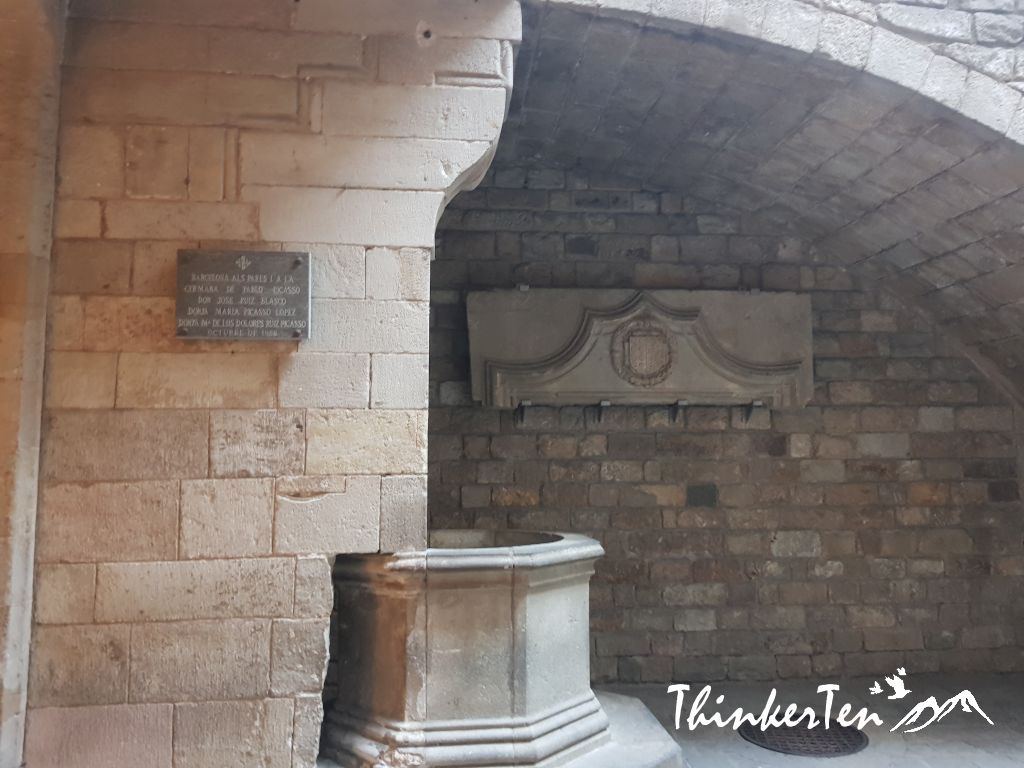 Picasso was from Malaga Spain born on Oct 20, 1881. He showed a passion and skill for drawing from an early age. At first, he learns from his father who is an art teacher in figure drawing and oil painting. When Picasso was 13 years old, his father could not teach him anymore as his skill had already surpassed his father. At his adult, he flew to France om 1904 and settling there. 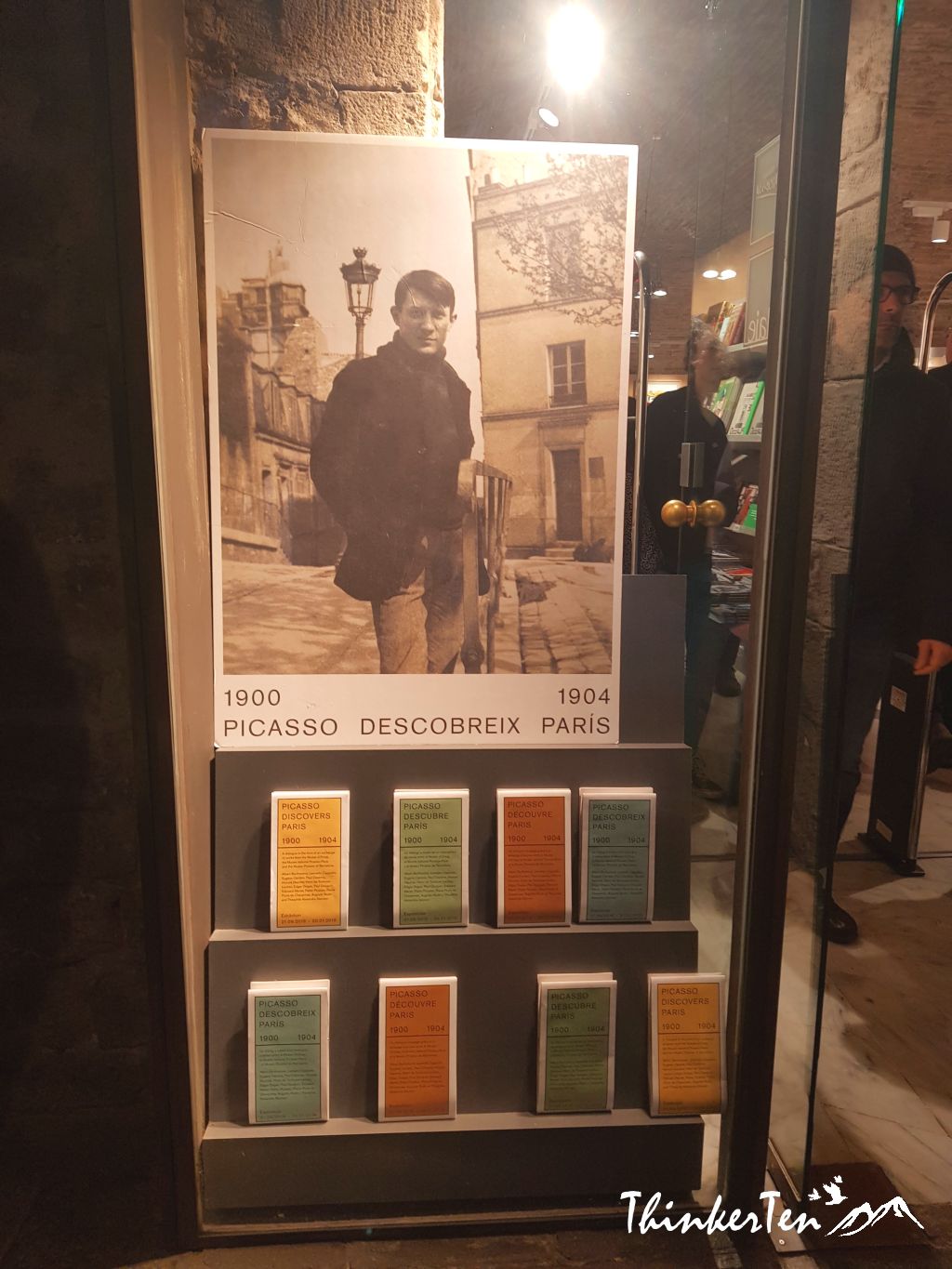 There are several important periods Picasso go through – 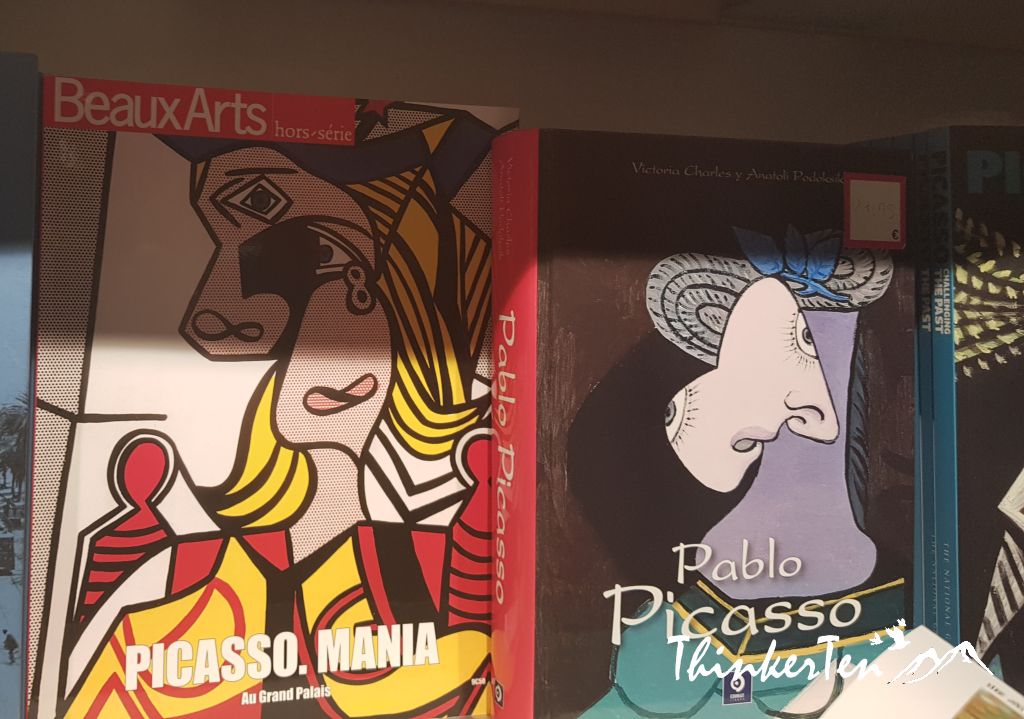 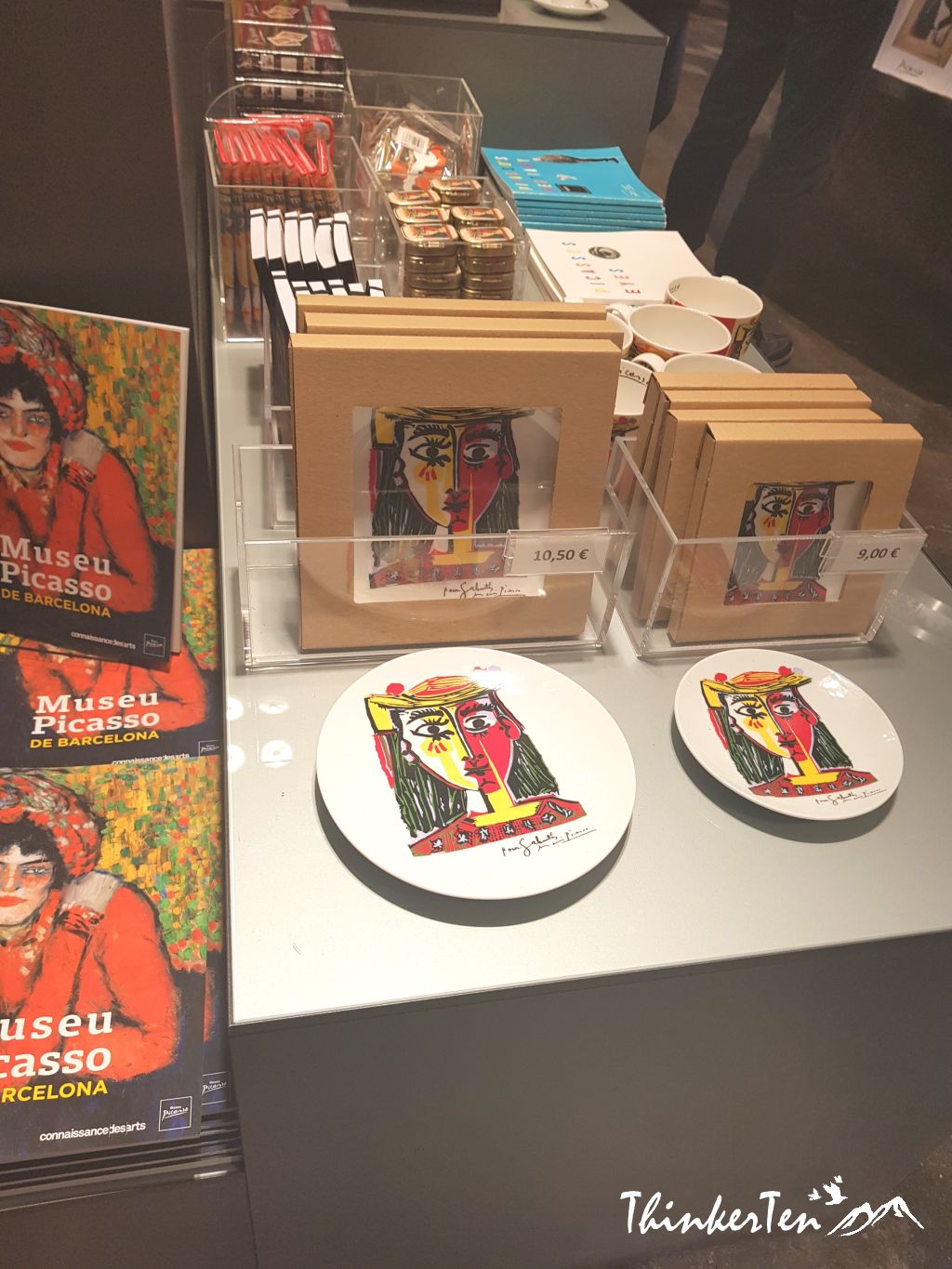 You will see tons of drawing on Las Meninas!

Picasso started an extended series of variations on Las Meninas of Diego Velazquez. You can see many of Picasso’s variations here and all are very interesting.  There is the repetition of Las Meninas artworks but if you notice carefully, each one is slightly different. 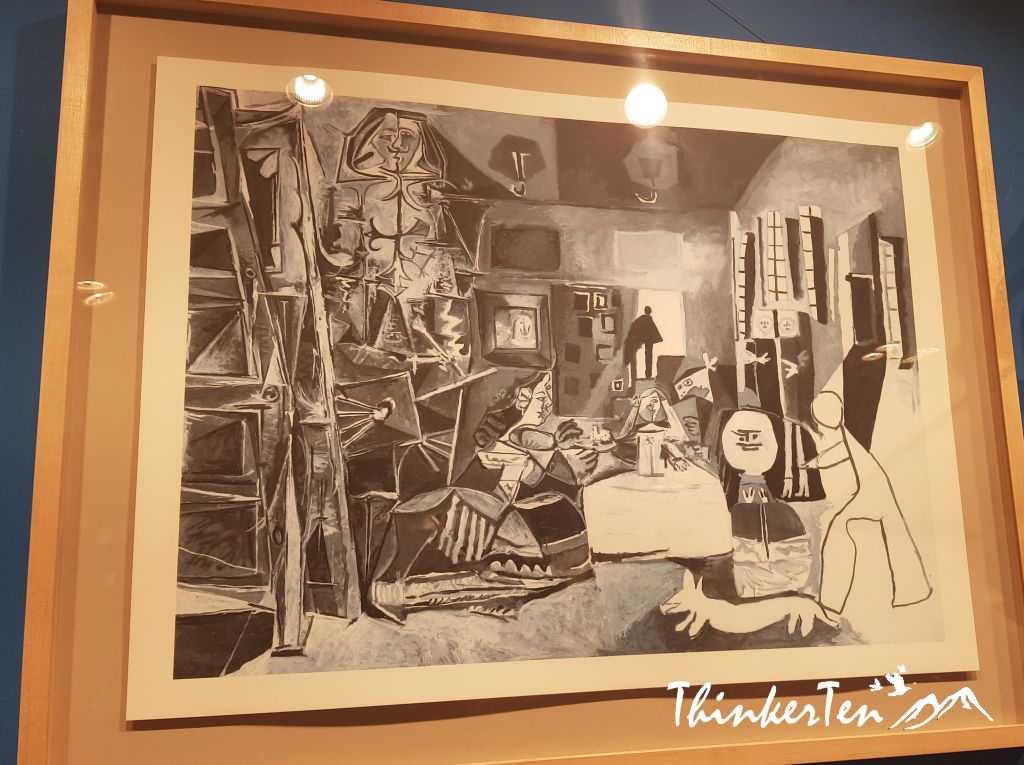 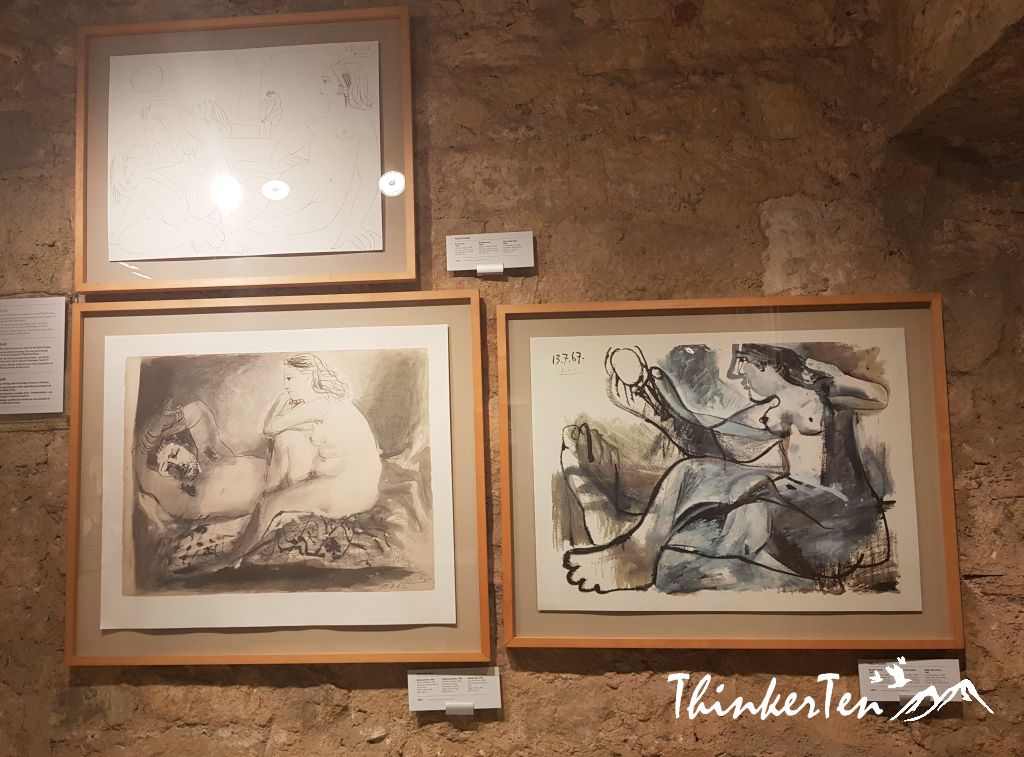 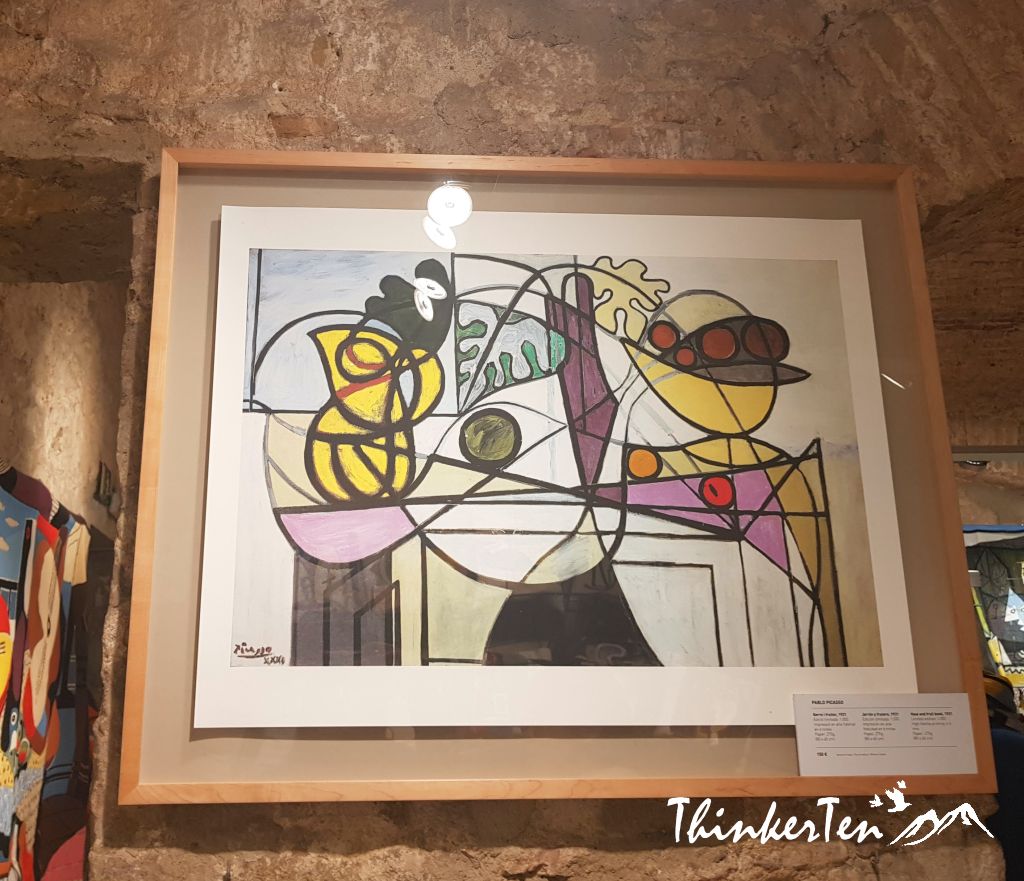 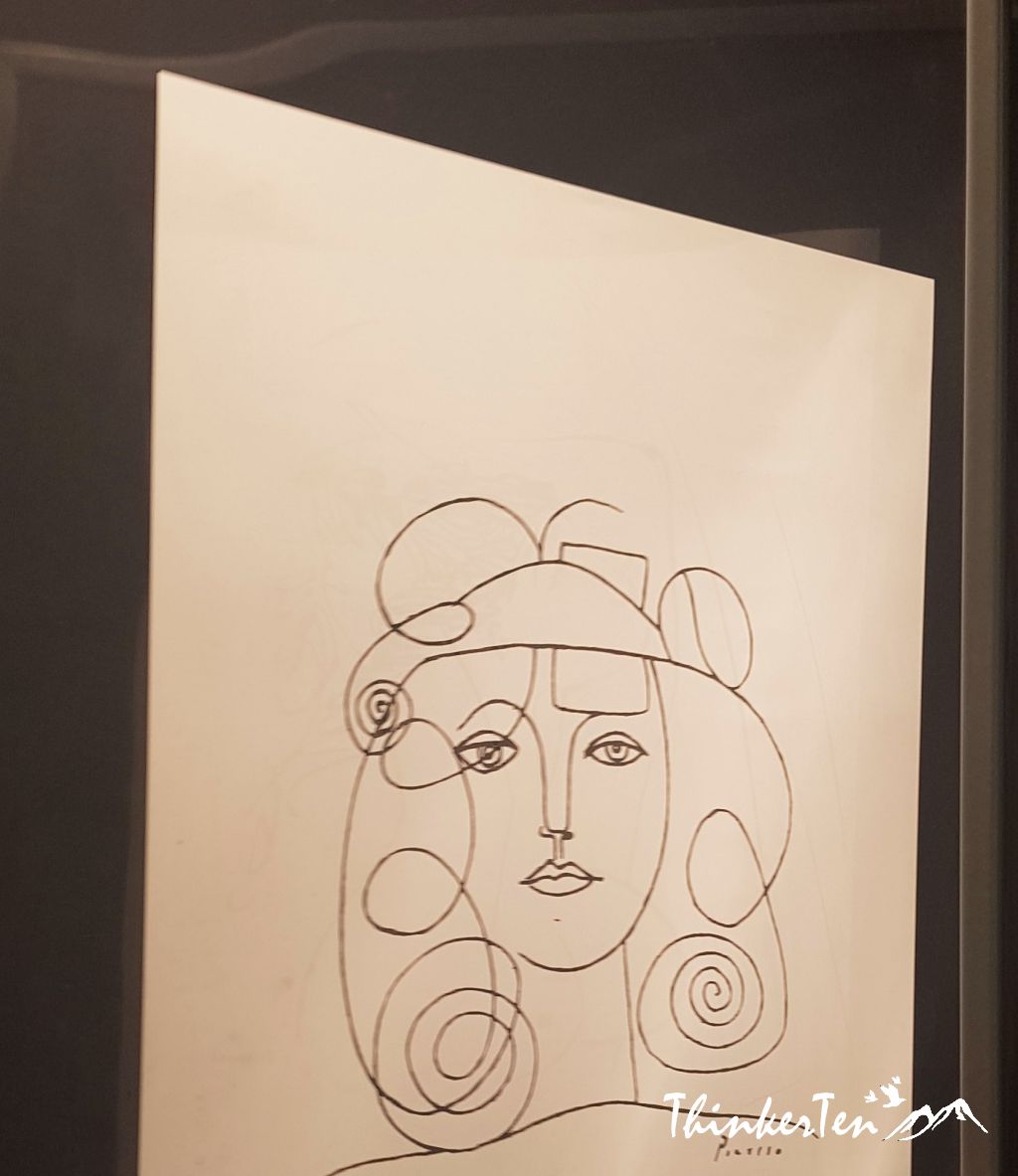 What about “The Four Cats”

This is the cafe in Barcelona, Catalonia, Spain that was famous among artists. At 17 years old, Picasso began frequenting El Quatre Gats (The Four Cats) and even held his first sold exhibition in the main room.  The 4 Cats restaurant still exist and you can visit 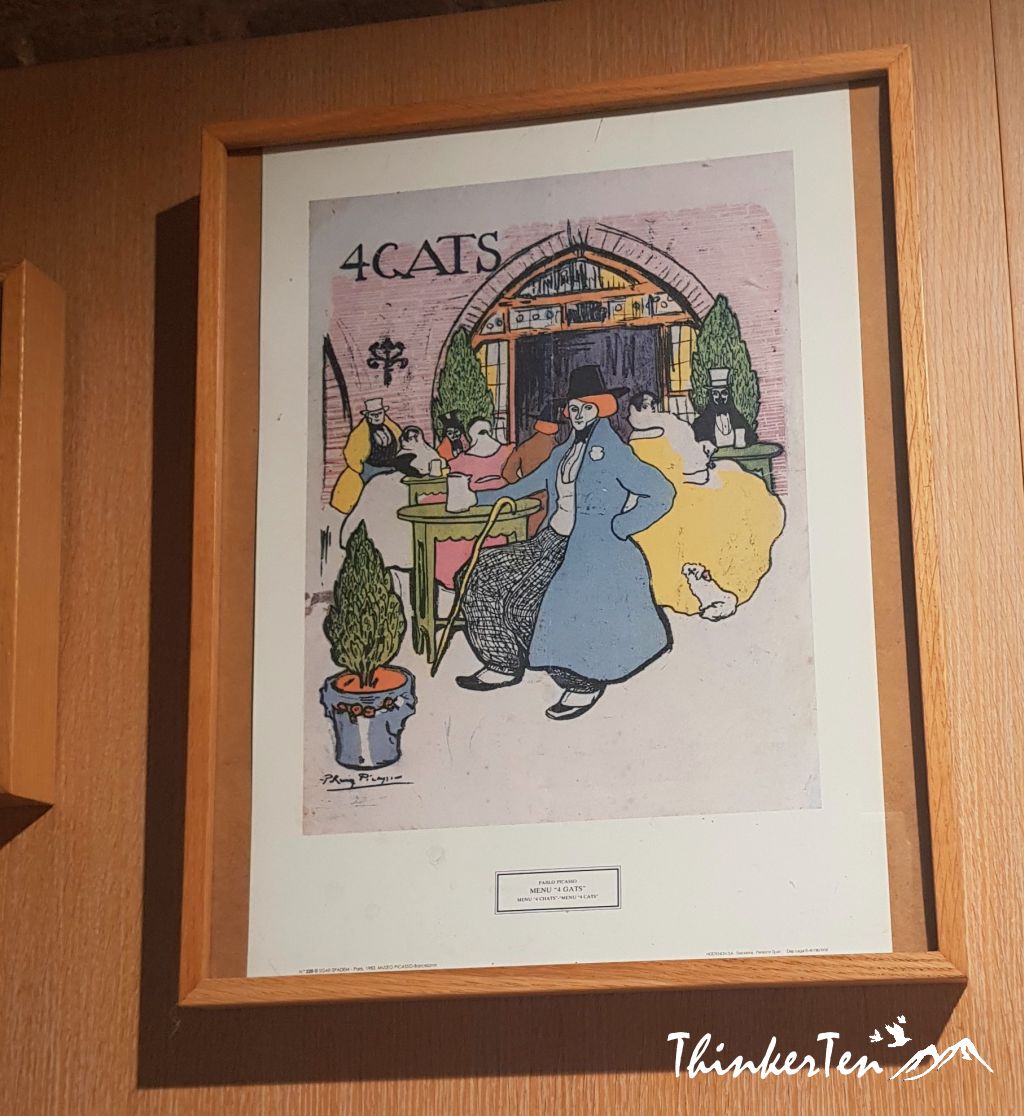 What you can get from the Souvenirs shop

There are tons of things sold at the souvenirs store on the way out, books, pillowcases, stationary, mugs, cups, ceramics plates but I have only gotten a postcard as it is light for me to bring home. 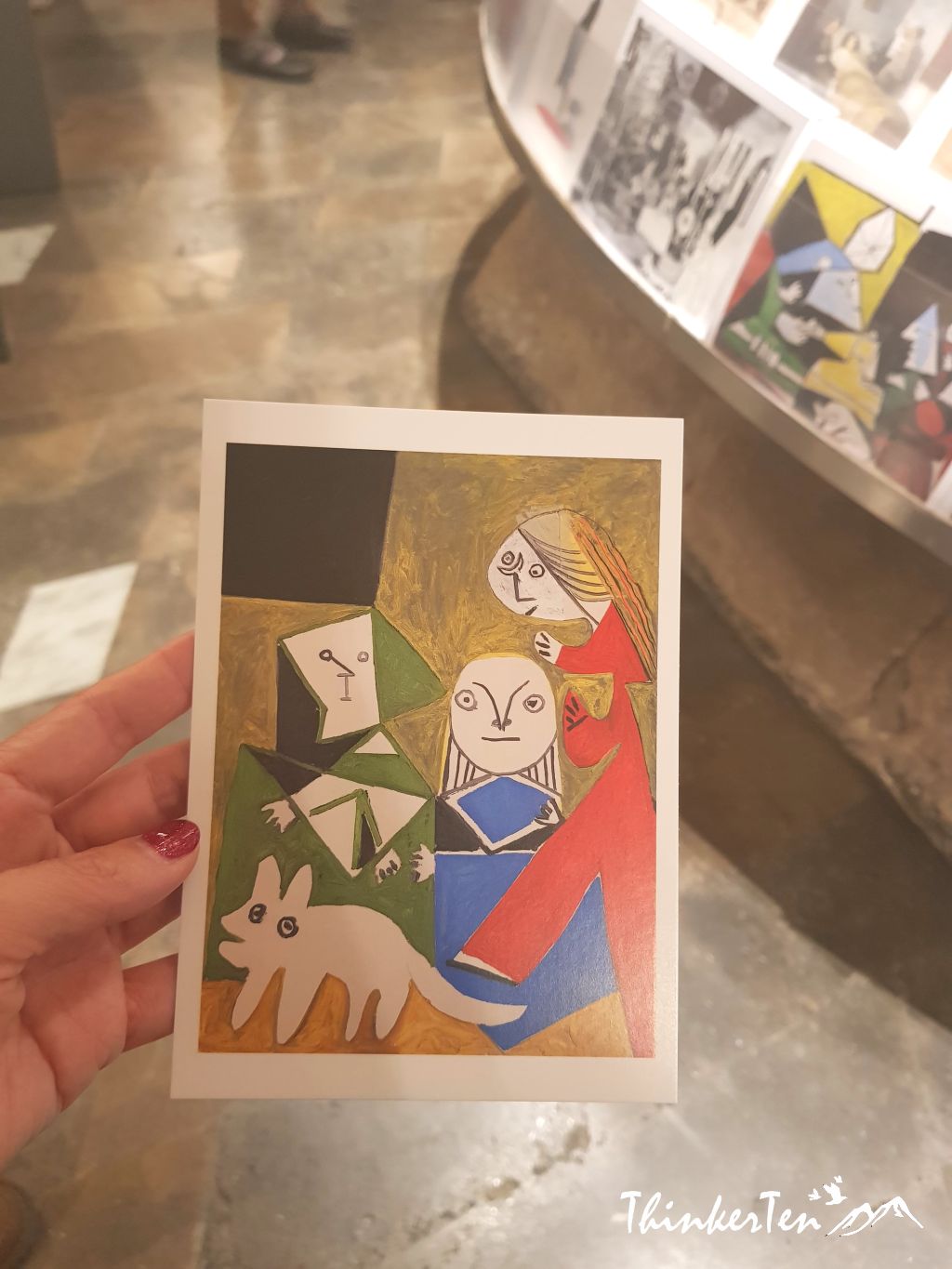 Museu Picasso in Barcelona displayed Picasso early artworks. Overall it is a great experience for me. 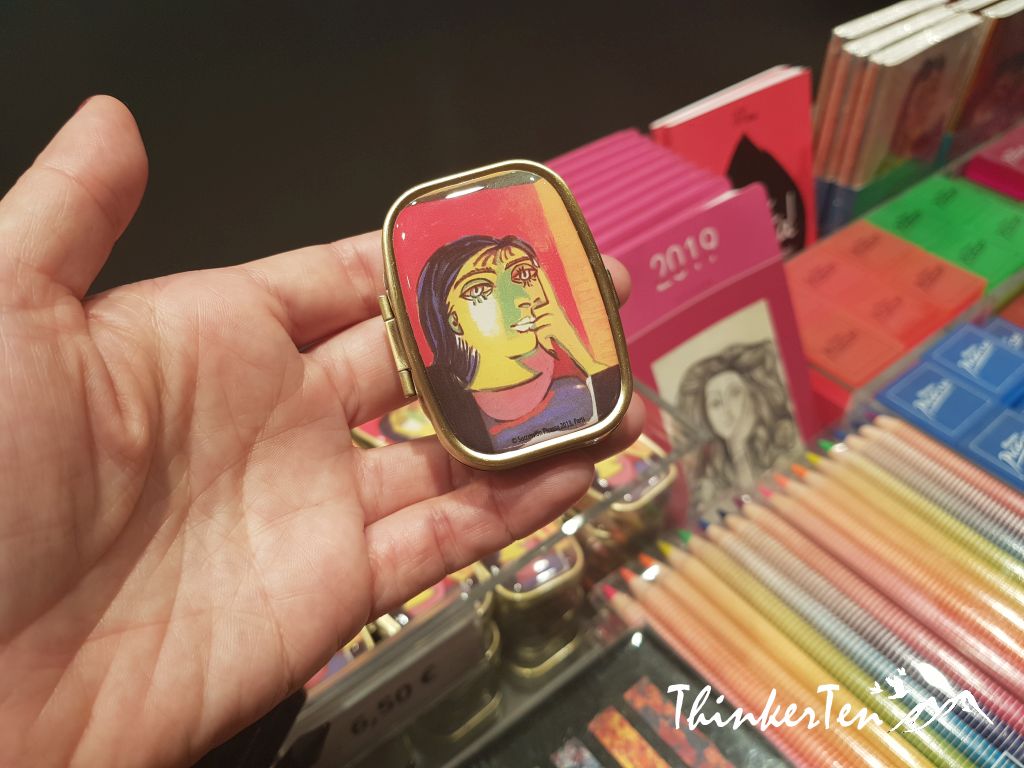 What you need to know about Spain & Portugal Tour?

Wow. What an awesome experience for you! I admire Picasso’s artwork too. If I had a chance to be there, I’d be so thrilled! I’d also spend a lot on the souvenir shop! Visiting the Museu Picasso is a once in a lifetime experience!

I already heard Picasso before but never knew that there was a museum that you can see all of his works.
If I will be given a chance to go to Barcelona I will definitely visit this amazing place.

If only I could get to Barcelona right now. This is going on my list for when I can get there.

We were just there last month. The architecture was really beautiful and the collection was really lovely to see. Thanks for the wall down memory lane!

wow, what a fun experience! I would love to visit there someday. Thanks for sharing.

I love Barcelona but had no idea this was here. Will add to my visit list for next time

I would love to go someday! It sounds like such a fun experience!